Kushiage chain store has come within my living area 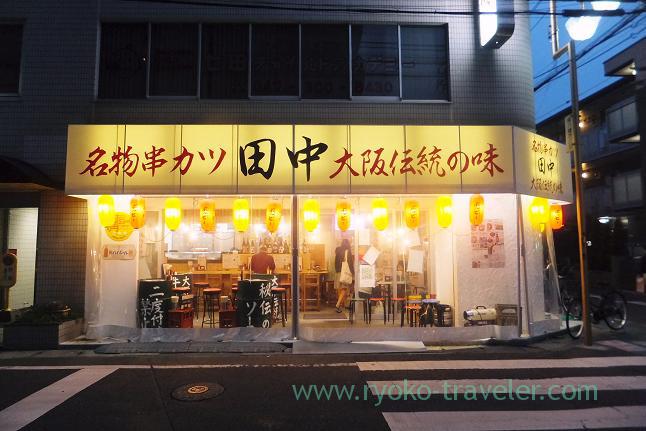 This is chain stores of izakaya featuring kushiage and expanding quickly.
This branch seemed to be open last year.


千葉県市川市南八幡3-3-13
There are some steel drums as standing space 🙂

There were some families and it seems to be used like family restaurant. 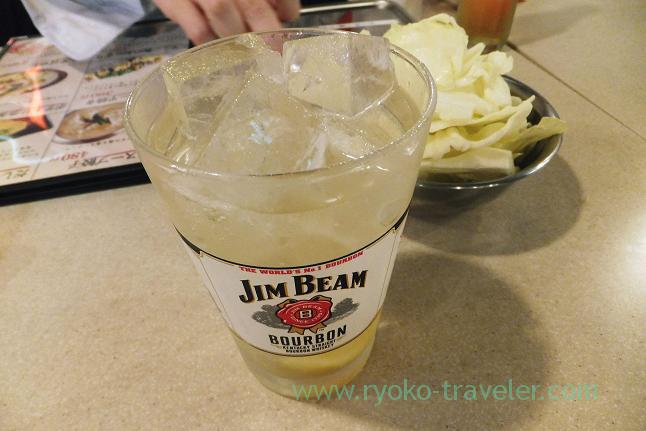 Before kushiage, we ordered some foods. 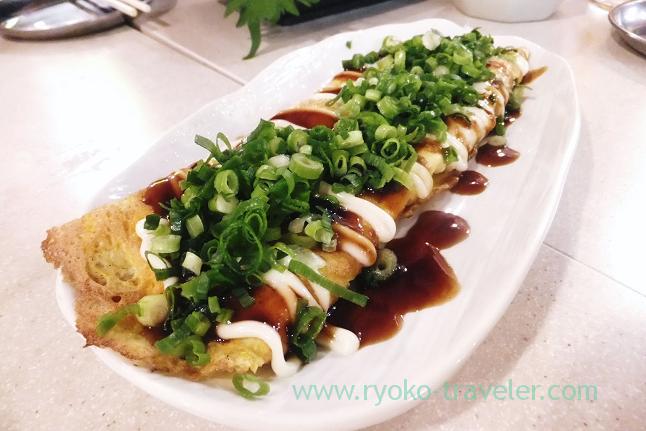 In short, it is negiyaki. This food reminds me of my holidays in Osaka,,, 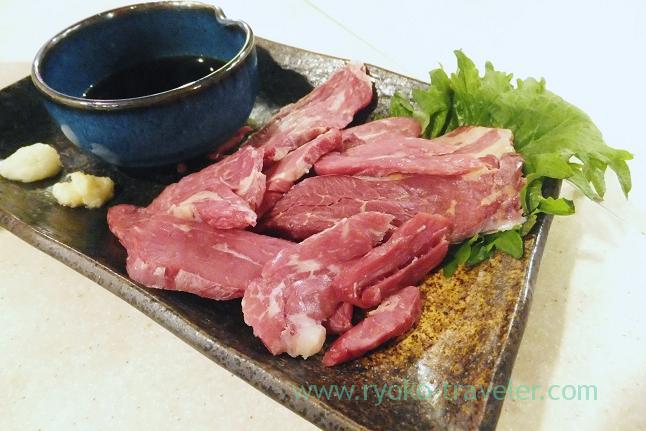 Saiboshi is smoked horse meat.
It was delicious and I wanted to eat more at home and I searched on the internet about it, I was very surprised it was eaten by people at the bottom of the Japanese social order that has historically been the victim of severe discrimination and ostracism. As same as whale meat, some foods that was regarded as symbol of discrimination and poverty became now expensive, popular foods and being loved by many people. I feel strange a little.. 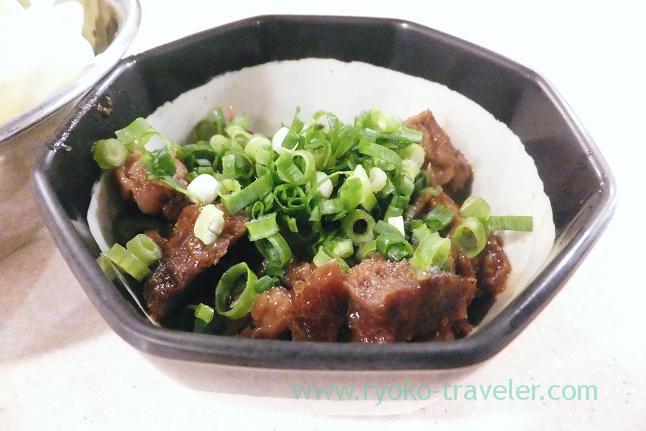 That’s osaka-style and rather sweet. 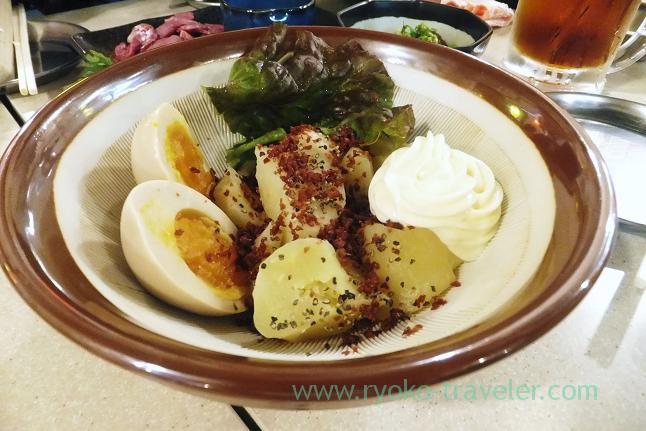 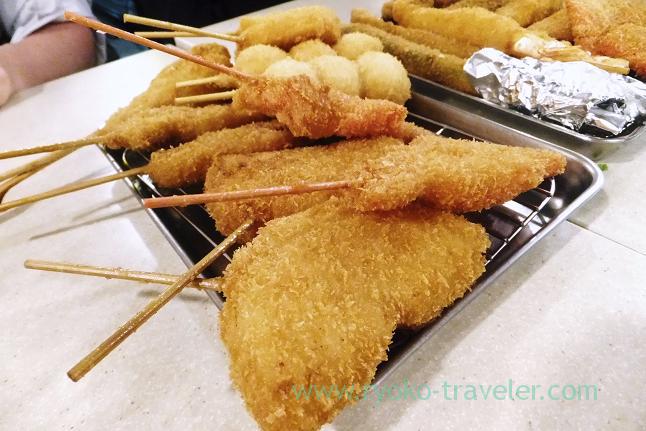 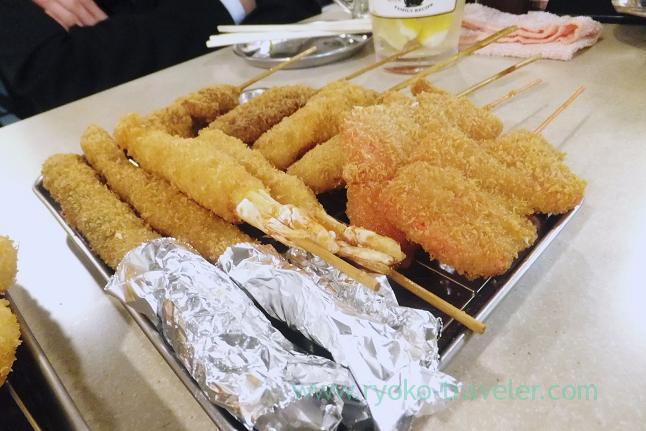 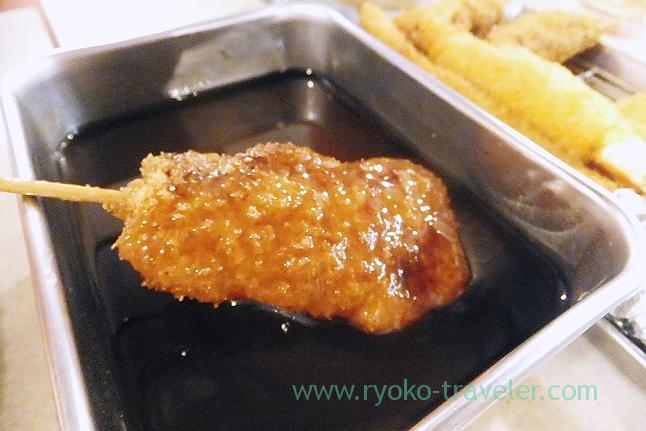 We had second helping !
There is no choice but eat cheese kushiage whenever I eat kushiage ! 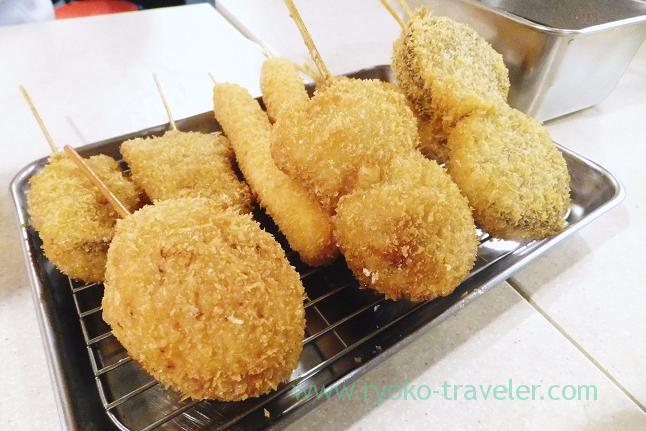 By the way, I didn’t know beni-syoga (red pickled ginger) is one of the most popular ingredient at Kushiage shop until I visited Osaka last year for the first time.
Beni-syoga is good ingredient,I think, too.

Almost all ingredients of kushikatsu cost us 100 or 120 yen 🙂

Precious delicious udon shop in Chiba I got off at Kamagaya-Daibutsu station for the first time. Why ? It is becaus...

Two biggest shrines at the center of Chiba city I'm arranging in my PC, and I found the photos that I took at. I wen...

Indian foods that have moderate amount of salt Indian foods are high in calories and salts ? There is no need to wor...

Though I don't feel good, I couldn't help joining "Challenge the triple" I can't upload an article because I'm not in g...
Kachidoki : Fish lunch at Taisho (たい将)
Kyobashi : Lunch meals at Dhaba India (ダバインディア)