There is a North-Italian cuisine restaurant in the SHISEIDO building, Ginza.

I had a plan to have time at the restaurant with my mother at my mother’s birthday.
I went to look over beforehand for that.
The restaurant’s name is “Faro”, and on the top floor of the building.
It is, what is called a fancy restaurant.
We took 3800 yen course for lunch.
We could choice appetizer, spaghetti and main dish from the menus.

Such a nice dish welcomed us. Camellia. It is a symbol of SHISEIDO :)The dish is not for eating :p 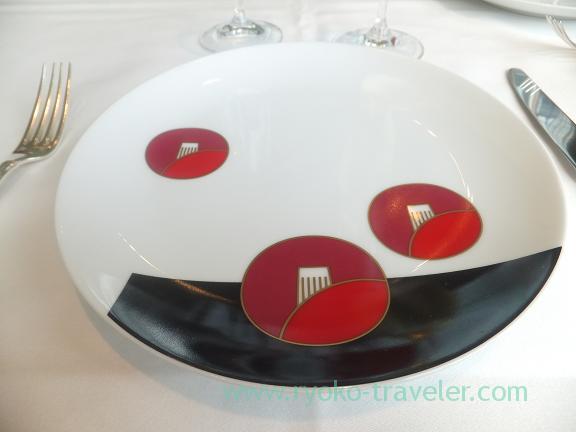 The dish is removed from the table as soon as our drinks came.

We toasted with Spumante and blood orange juice before the dishes 🙂 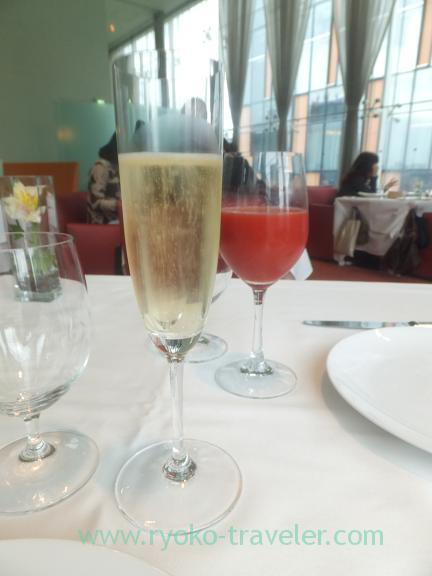 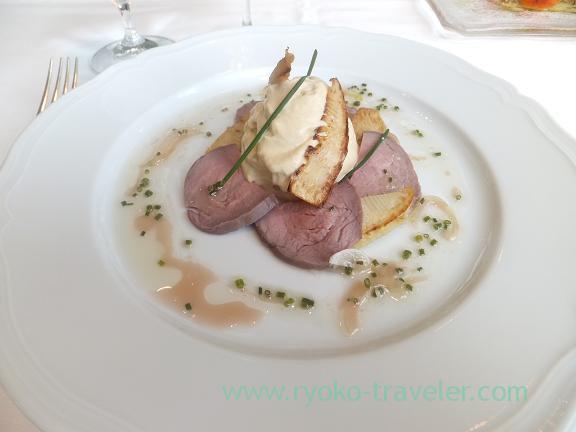 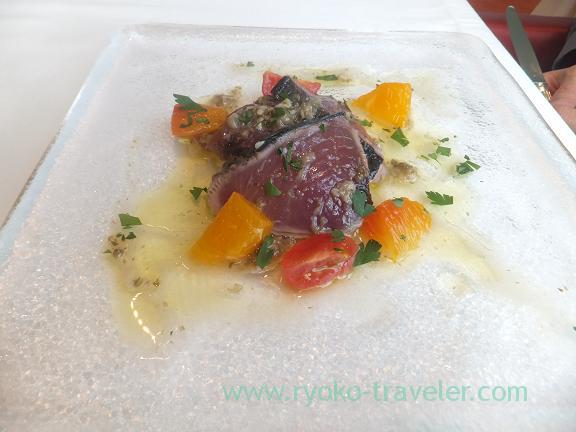 I like it best in all the dishes I ate that day except spaghetti. 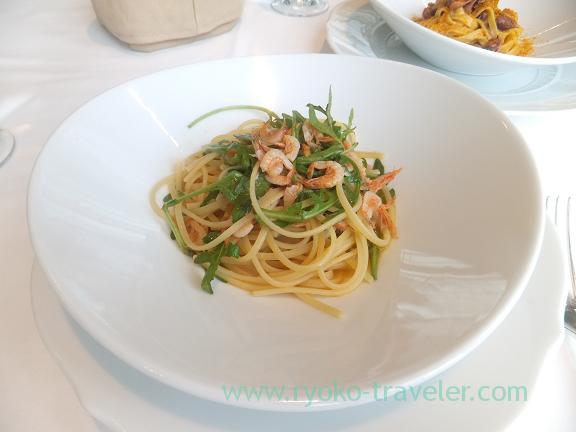 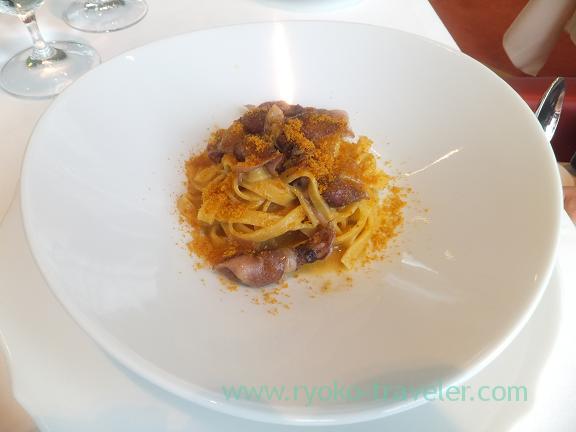 The taste of firefly squid guts and dried mullet made the tagliattele more taste. Tha tagliattele itself was goooood ! 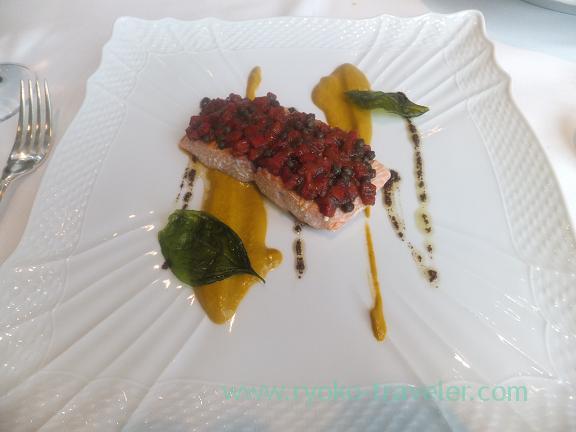 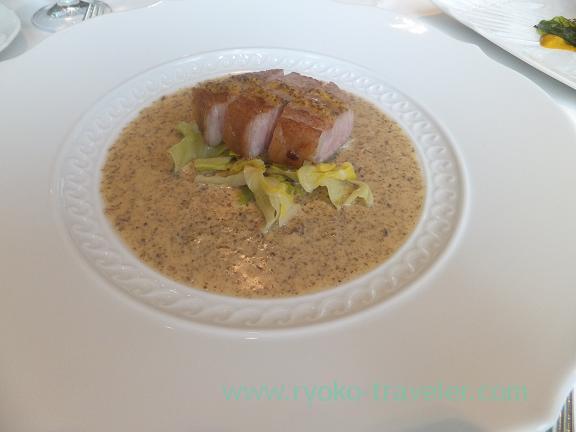 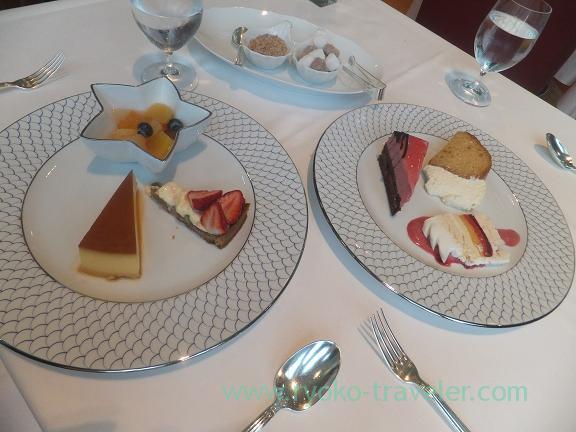 All dishes were not only good looking but so tasty.

By the way, my mother turned down going to the restaurant just before going there.
Because Ginza is very far from our house for her, and it is crowded.Nevertheless she said she want to go at first !
After all, we had dinner at another restaurant near our house 😛
But I like the restaurant, so I want to go there again soon 🙂

Hearty French lunch attract ladies who eat much ! I heard that there's a French foods restaurant that serves hearty mea...

Midtown Hibiya was open in March, 2018. There was packed with people after a few month and I couldn't go there with eas...

Hayashi rice became my delight (just in Persil). It's too late, but let me post about dinner party in December. I visi...
Katsu Kobo Wako (かつ工房和幸) in Kachidoki
Tsukiji : Marinated tuna bowl at Hajime Sengyo-ten