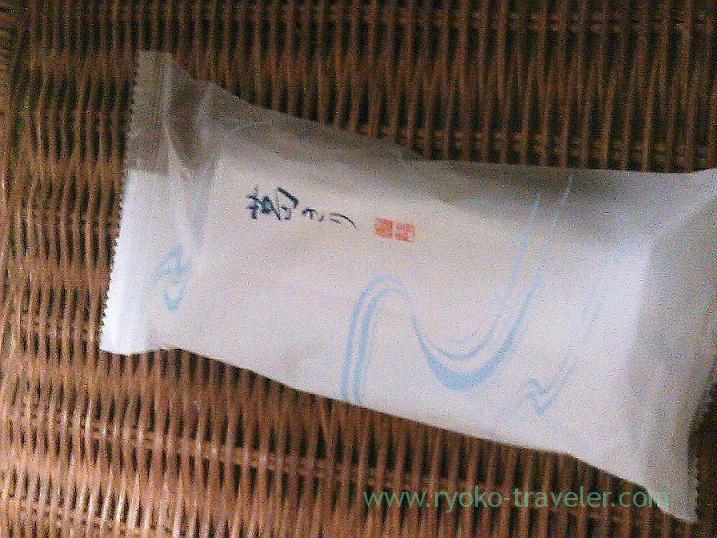 I have bought it every year. Minamoto Kitchoan‘s kuzukiri.
Summer season only.

So, I am aware of a fact that its package become more and more cheap-looking year by year.

If I’m not mistaken, its pipe was made of bamboo when I had bought it for the first time.
Then it was made of plastic. At last, its package is plastic bag this year.

Of cource it tastes very good as before :).

And, the plastic bag have cooler appearance than paper box. 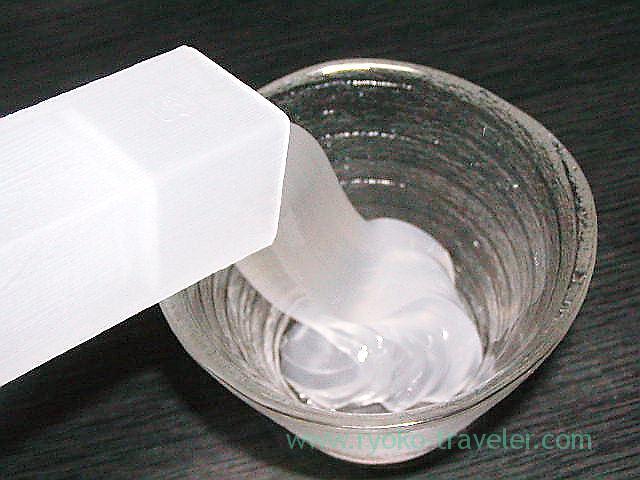 Putting a dark molasses on. 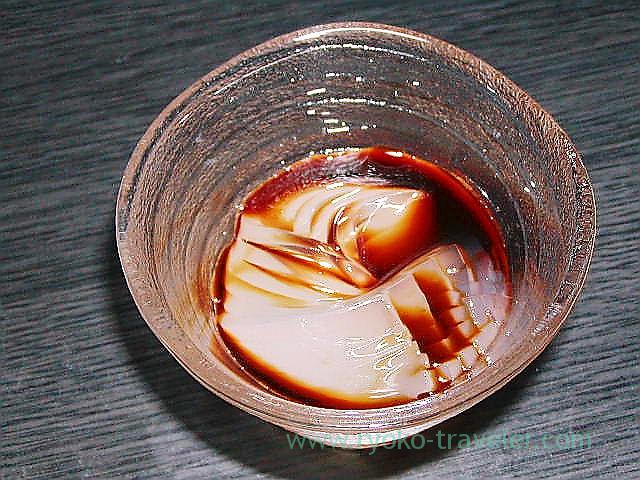 This dark molasses is very good. It is not too sweet and it isn’t heavy.
Eating cool foods such as kudzukiri with dark molasses, I feel I don’t hate midsummer heat so much :D.

There’re many branches of Minamoto Kicchoan. Most of department store like Mitsukoshi and Seibu have the branch 🙂

Ozu is included in Nagoya area. But it's differ from the center of Nagoya city. It's a historical area and have an old ...

Help ! Unexpectedly Tsukiji was crowded ! I got to Odayasu for breakfast around 7:30 a.m. as usual, but to my disappoin...
(Close) Tokiwayu – Daijingushita (常盤湯)
Tennozu : Dai-ichi Hotel Tokyo Seafort