I have to find some good lunch spots along the street !

One day under the brazing sun, I went to Uokame to have lunch during lunch break, and I found that day’s menu at Uokame was salmon chanchan yaki.
Chanchan yaki is fried fish (mostly salmon is used) with vegetables seasoned with miso and it’s a popular regional food of Hokkaido, Northern most island of Japan.
I like chanchan-yaki, but I want eat it while cold season and I didn’t feel like eating it that day.

So, I gave up eating at there, and went toward Hajime Sengyo-ten.
I took unusual route to Hajime Sengyo-ten and I found there are many fascinating lunch spots along the street !
And then I stopped in front of one of the restaurant. 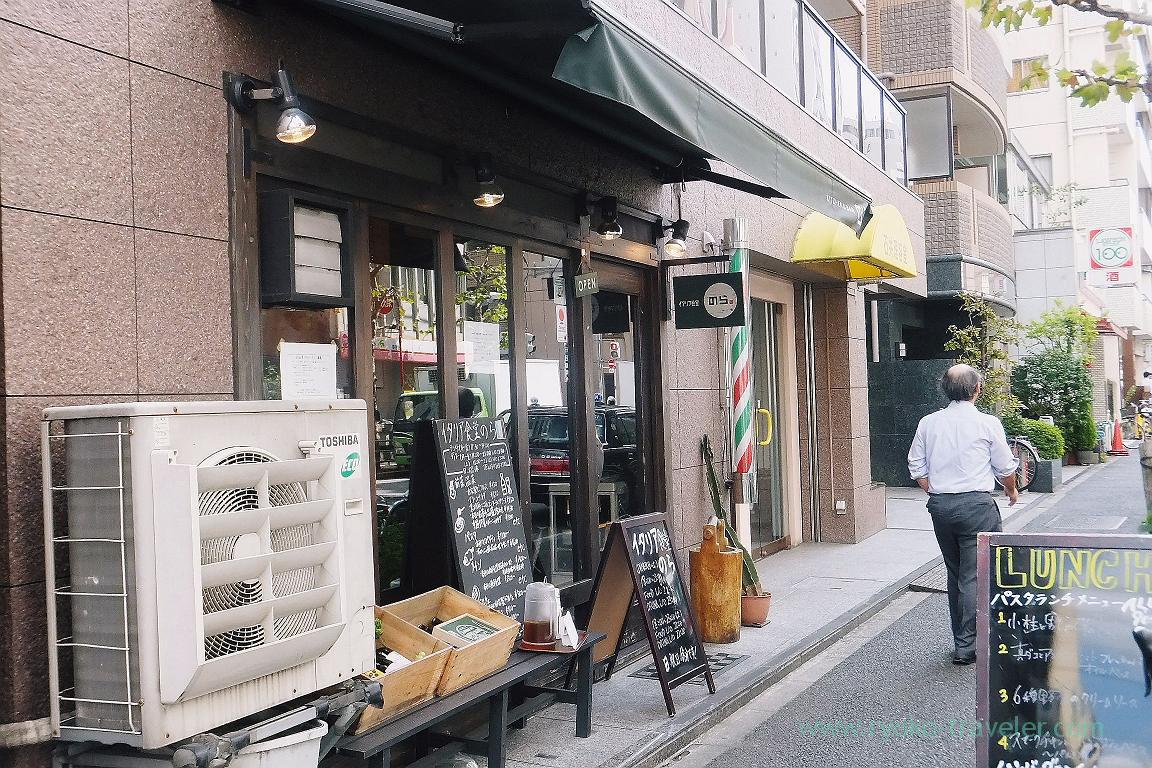 I decided to entering the restaurant !

After I was seated, and I saw the menu again.
Umm. I mistook !
It was Madako (octopus), Not Madai (red sea bream). I was disappointed a bit.
But I also like octopus, so anyway, I waited my lunch with joy.

As soon as I ordered, the salad was served. 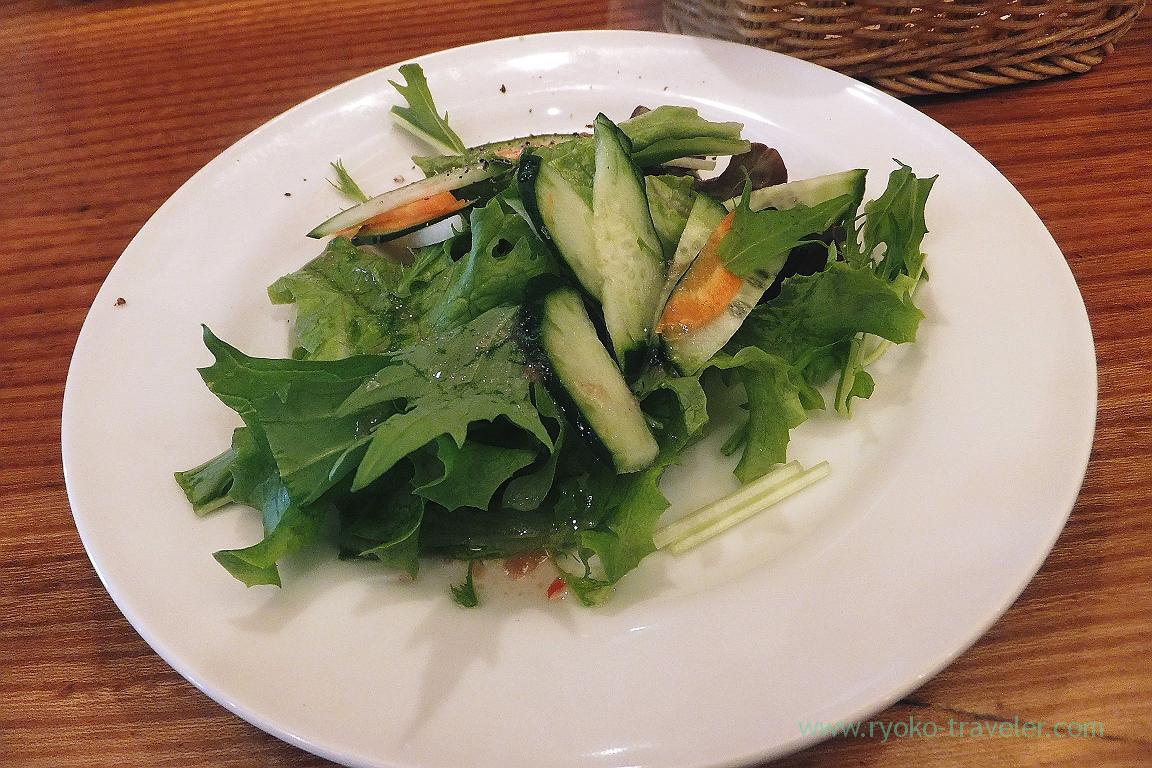 And then my spaghetti was served quickly.
Spaghetti with octopus, anchovy, fresh tomato, bassil and oily sauce (真蛸、アンチョビ、フレッシュトマト、バジルのオイルベース) 900 yen 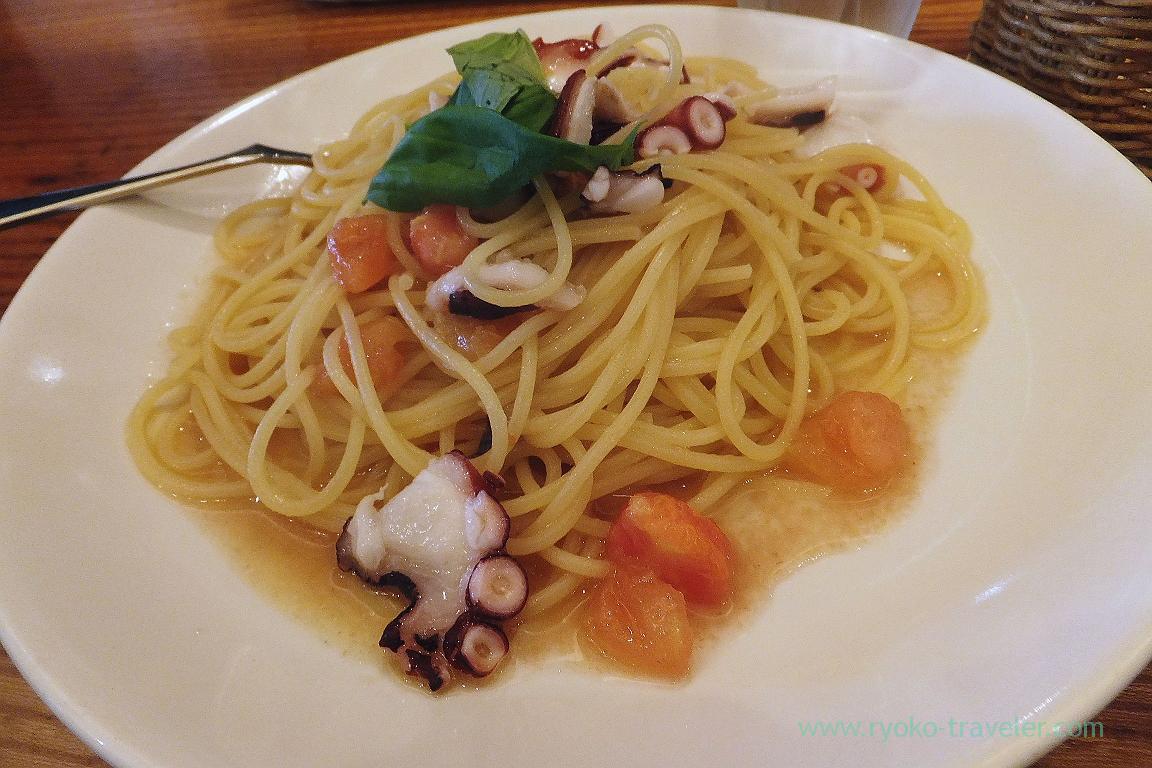 It’s the quality of the Tsukiji ! The octopus was springy texture though those were small. 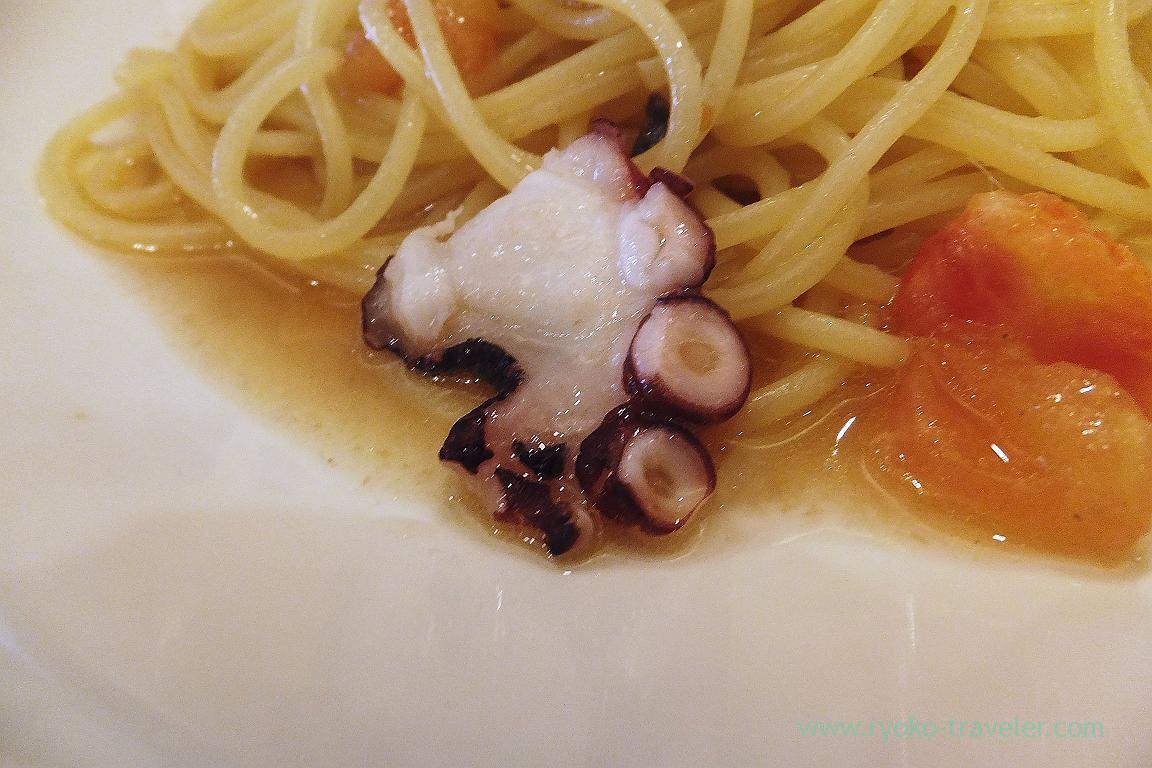 My best ramen shop - Ganko I wanted to eat salty ramen after a long absence and went to Ganko in Yotsuya-Sanchome. ...

Breakfast at Yonehana keep my good health. Recently I visit Tsukiji for breakfast so frequently, and mostly I entered i...

I took first train only for Sushidai ! I went to Sushidai at breakfast Tuesday. I took the first train after about 6 ...