I went back to Ichihara that is my hometown to visit grave last week.
It was first time in two years, probably. I had rejected visiting grave because I had troubled in my mind about my relatives.
But no blame attaches to my dead grandmother. So, I went back to my hometown.

Before visiting grave, my mother and I had lunch at popular Indian foods restaurant.
Here. Dewan Ichihara branch 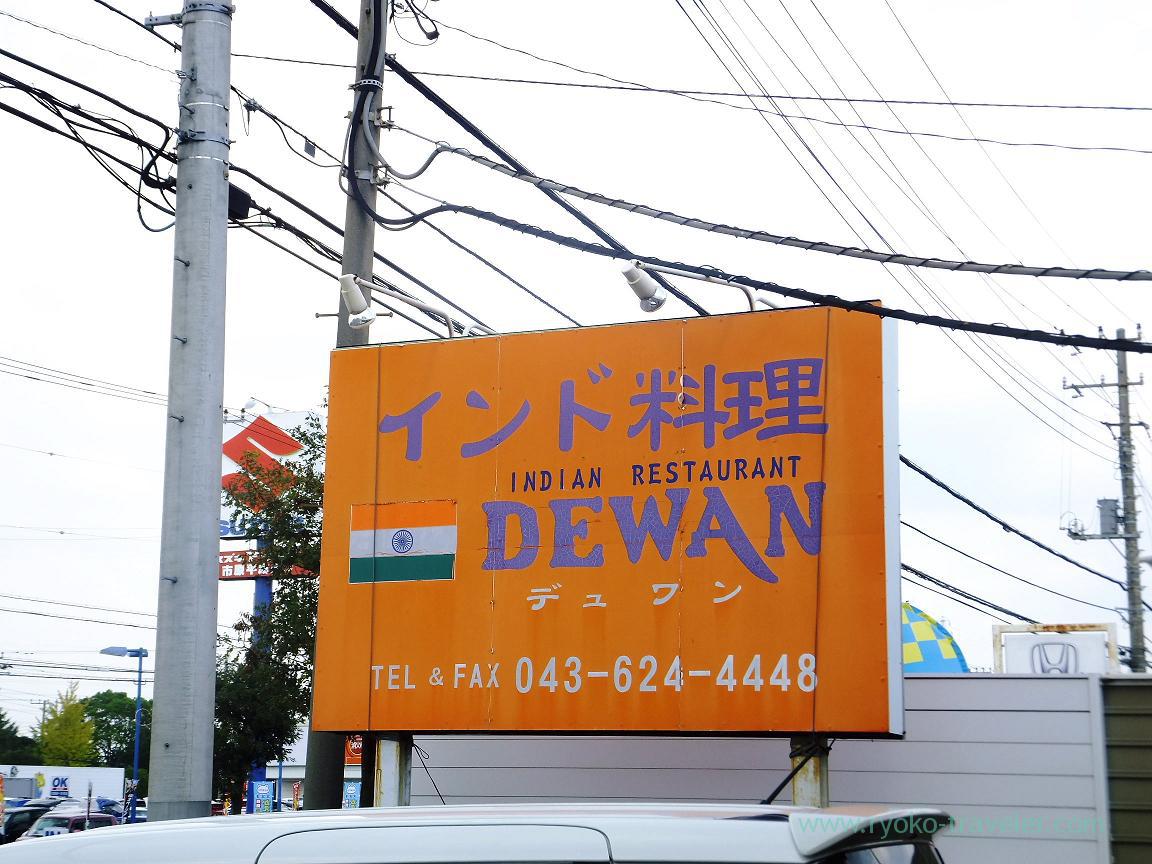 Dewan have some branches in Chiba, and Makuhari branch is outstanding. So popular. Next, here Ichihara branch.
I didn’t know Ichihara have such a famous Indian foods restaurant. When we lived around there, we passed through the Heisei Street almost everyday.

Only I worried about the restaurant was that the waiter is unfriendly,,,,
Actually, when we entered the restaurant, the Indian waiter said nothing… 🙁

We sat down at vacant seats anyway. Then the waiter brought us glassed of water. But he remained silent and left 😛

Formerly, it was a hostess bar, I think.The interior was like more kissaten than Indian foods restaurant. 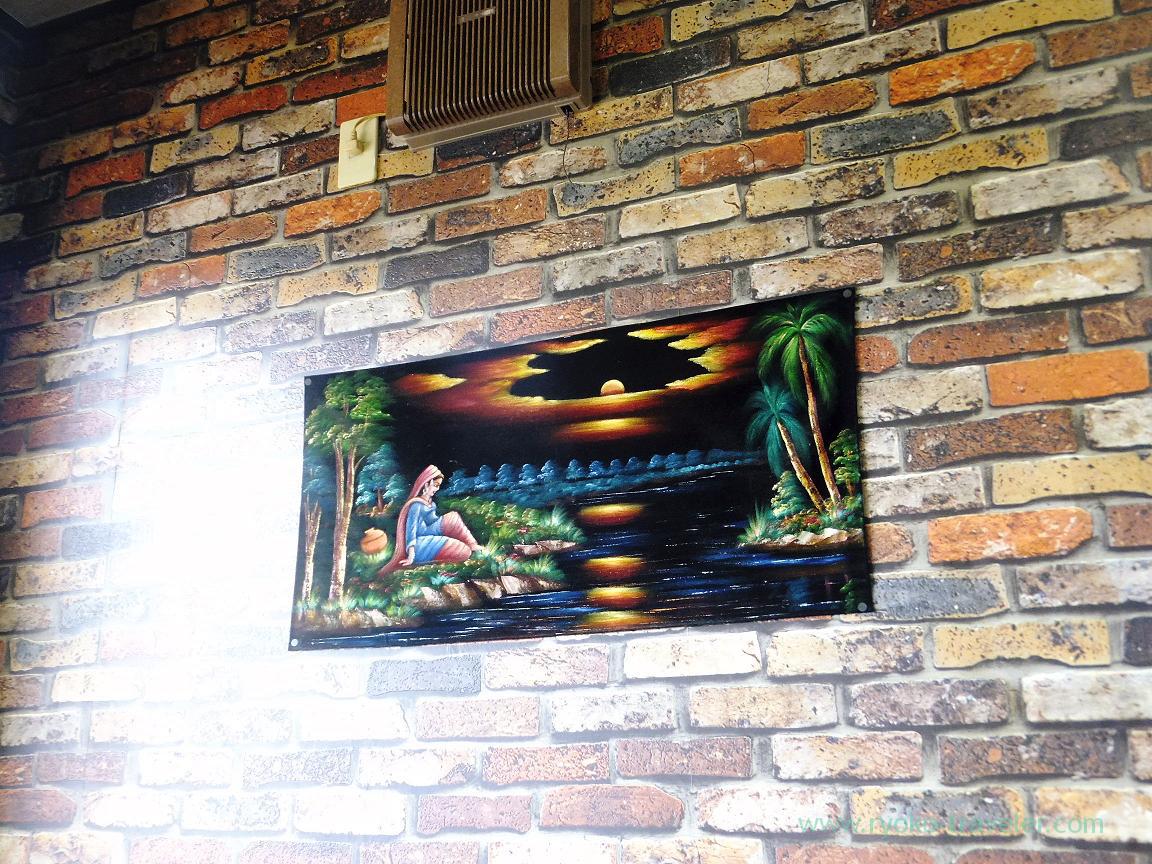 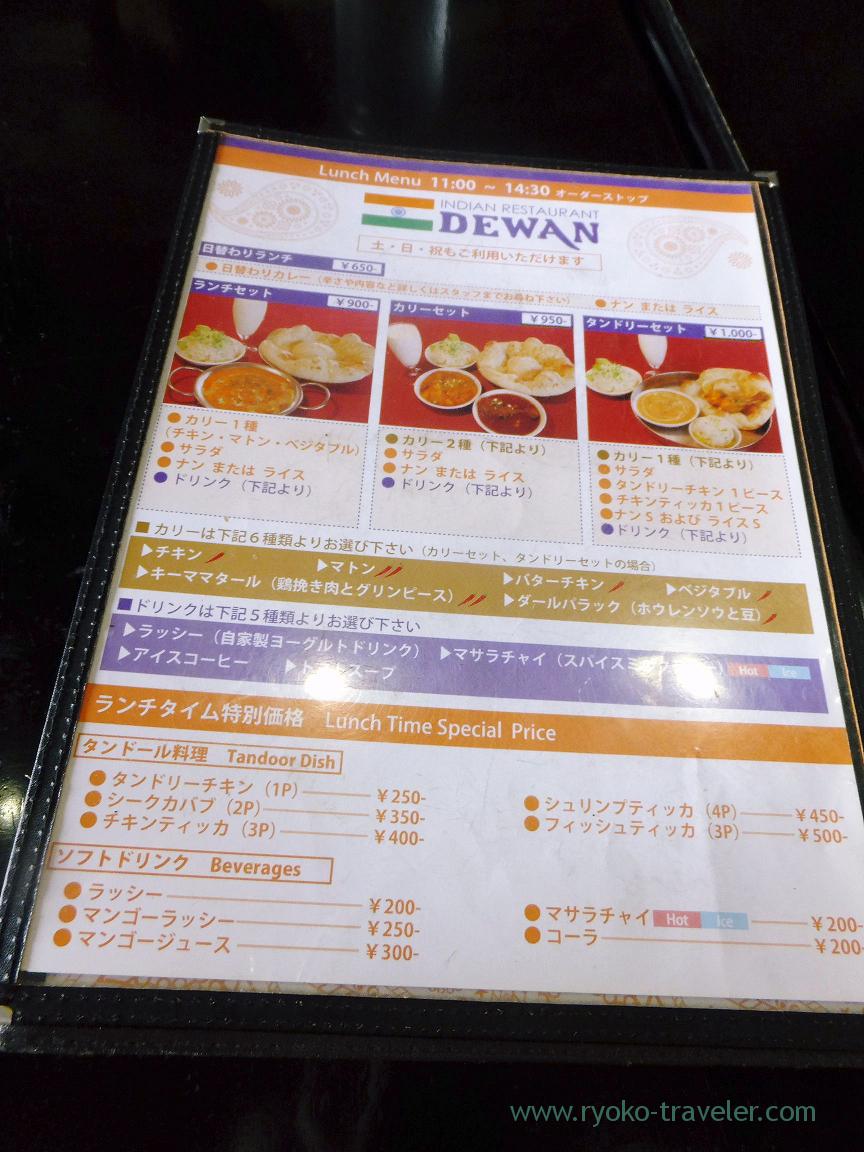 After a while, the waiter left achar and dressing on our table.
Tasty achar ! 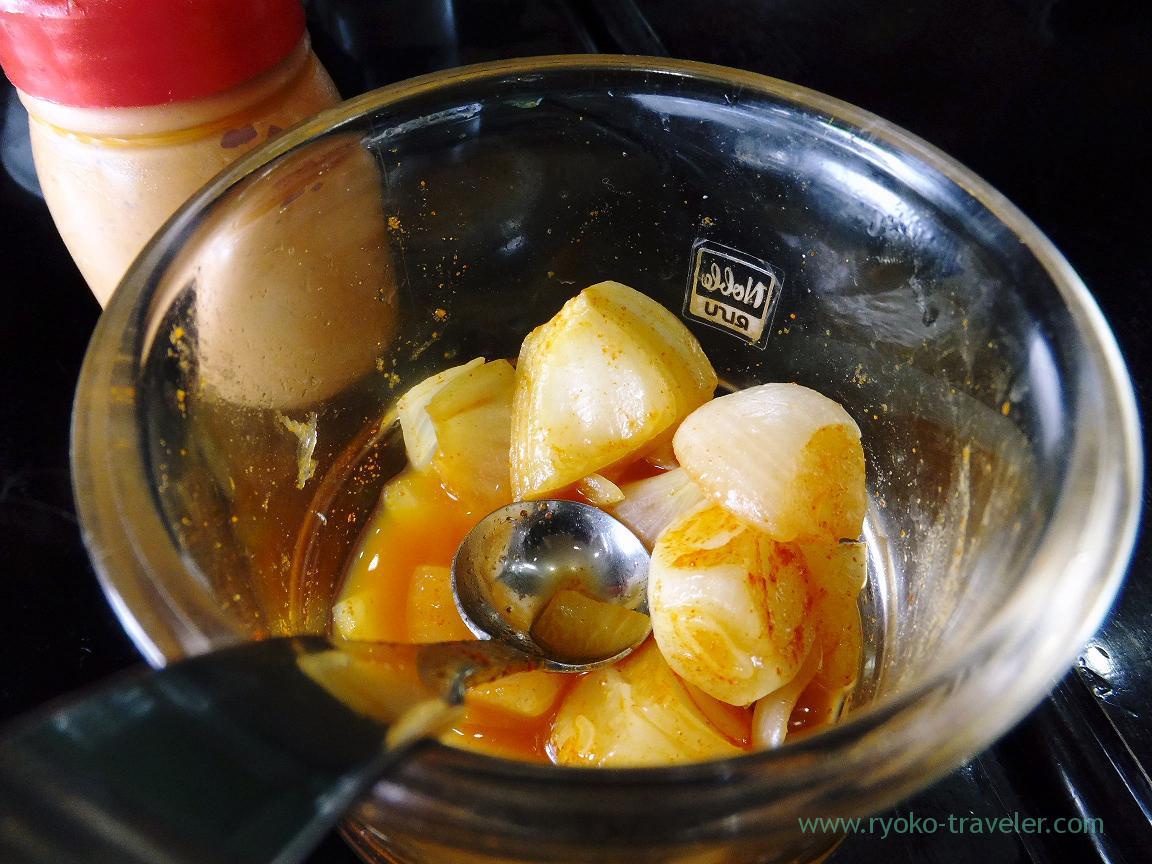 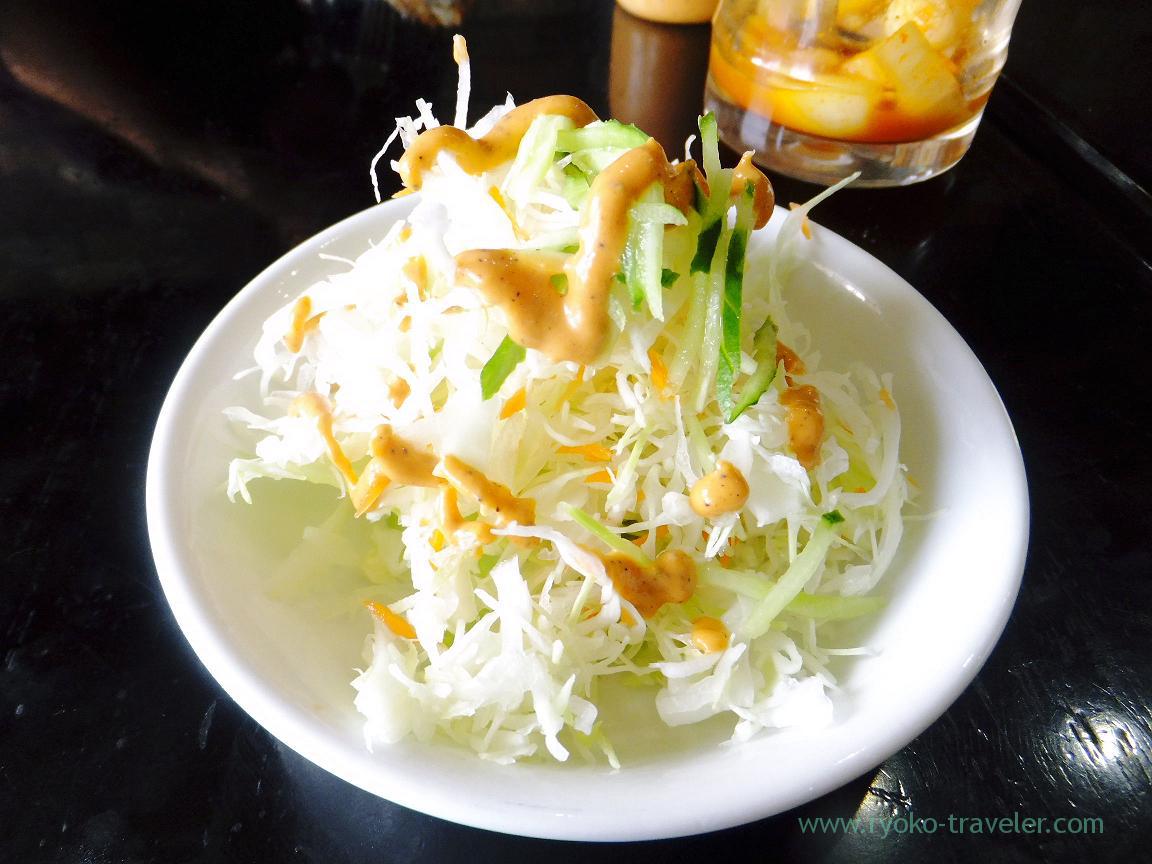 The dressing was hot a bit and tasty. It was like a hot thousand island dressing.

At first, my mother’s curry came.

Chicken curry was filled in the bowl ! 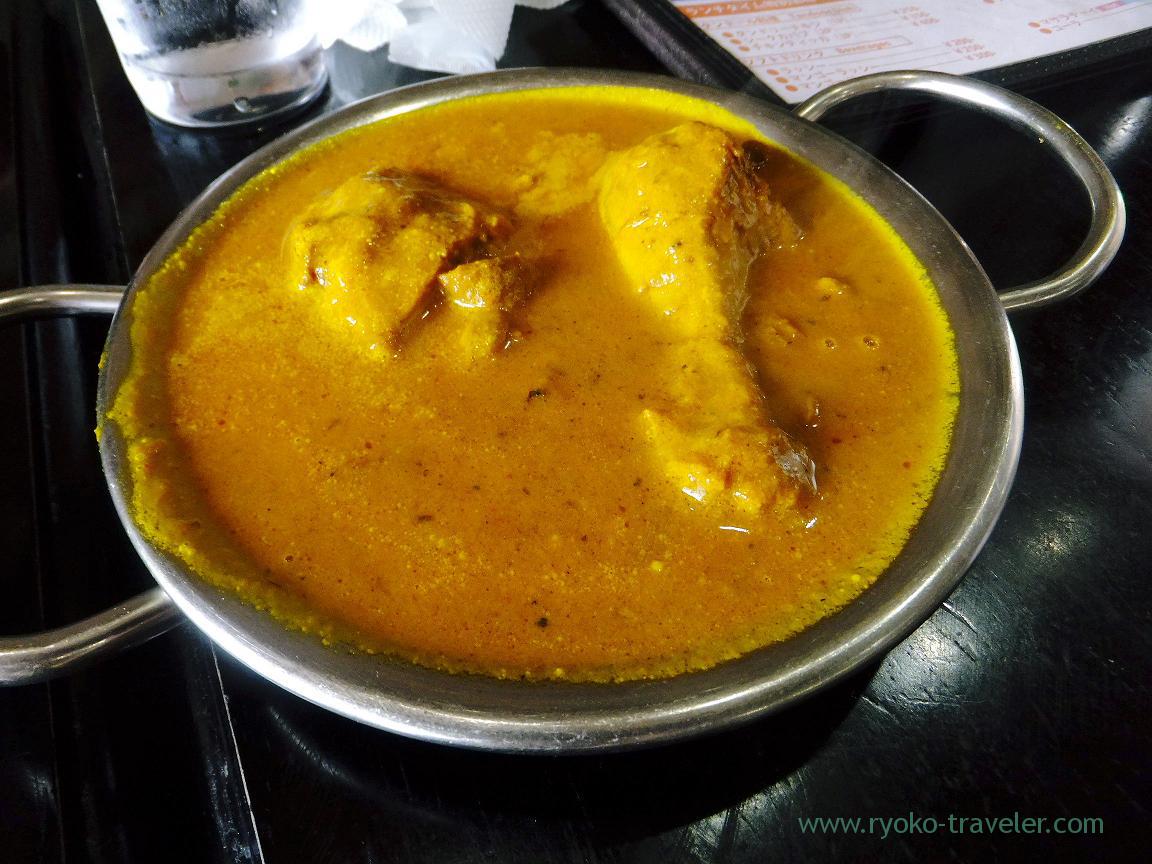 It never seemed lunch set curry ! Still, chicken was big. Dark meat and wing stick !
Those chickens weren’t high quality ( because of its lower price), but those chickens were well boiled until the meats are soft with spice, so it was tasty !

And huuuge circle naan !! What’s that ? 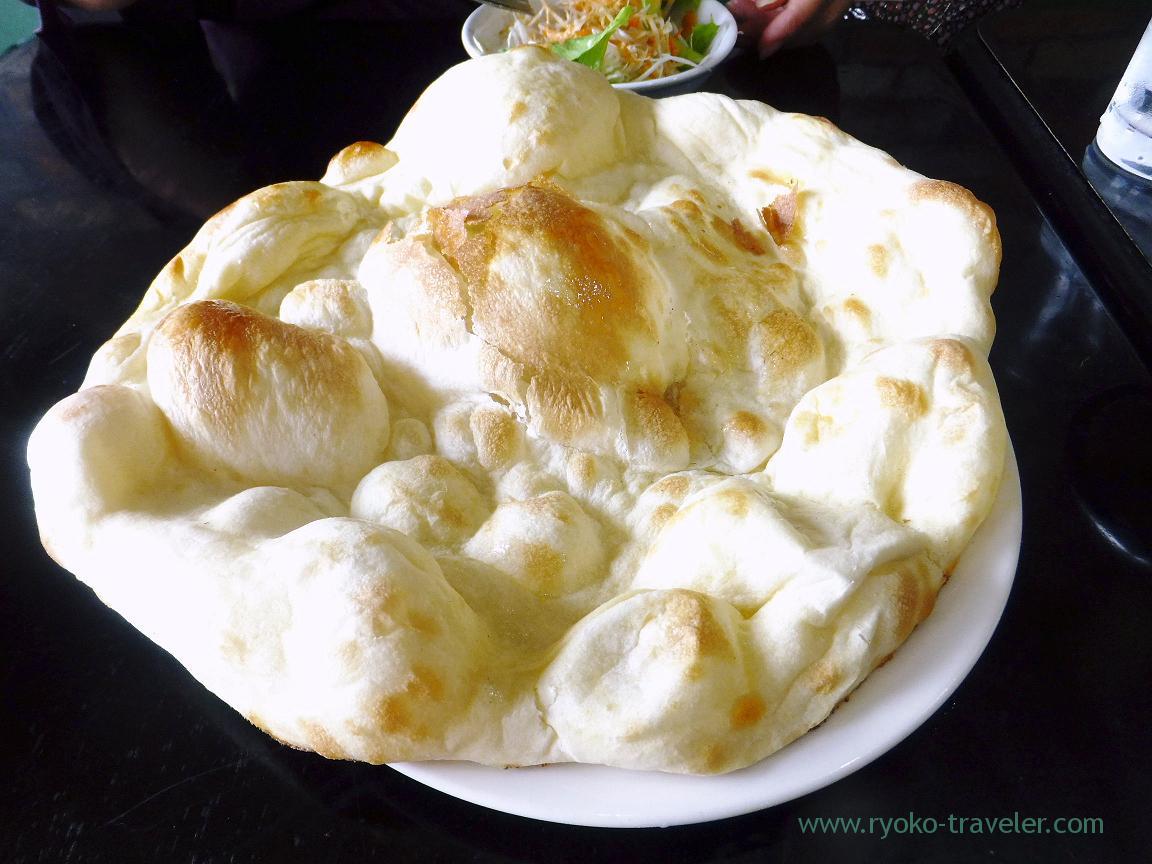 And, my tandoori set. 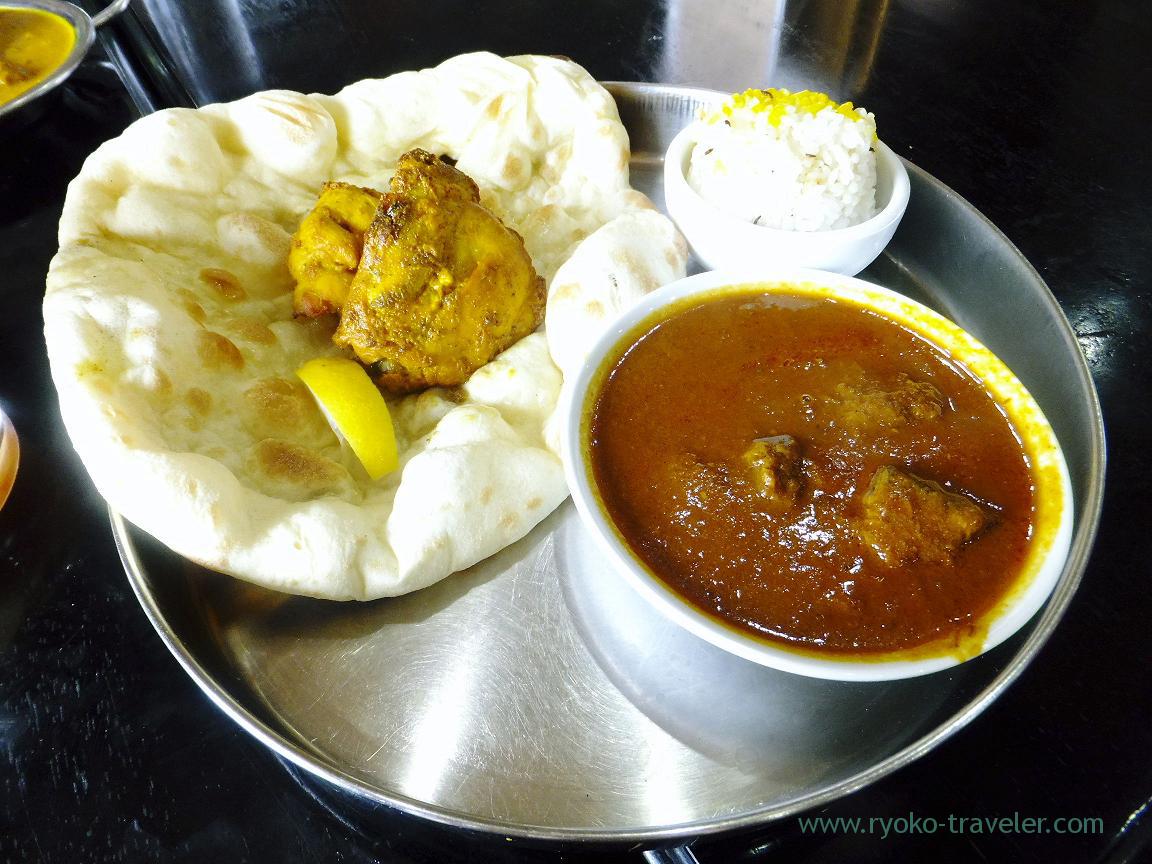 My naan was 1/2 size of my mother’s, still big !!! And my mutton curry had much big chunks of mutton !

I ordered tandoori set because I didn’t thought the set had many meats in the curry like this.
Umm. I didn’t have to tandoor chicken …. 😛

The rice was dished up unusually, but it smelled good. The Saffron rice was cooked with some spice.

Lassie after the meals. 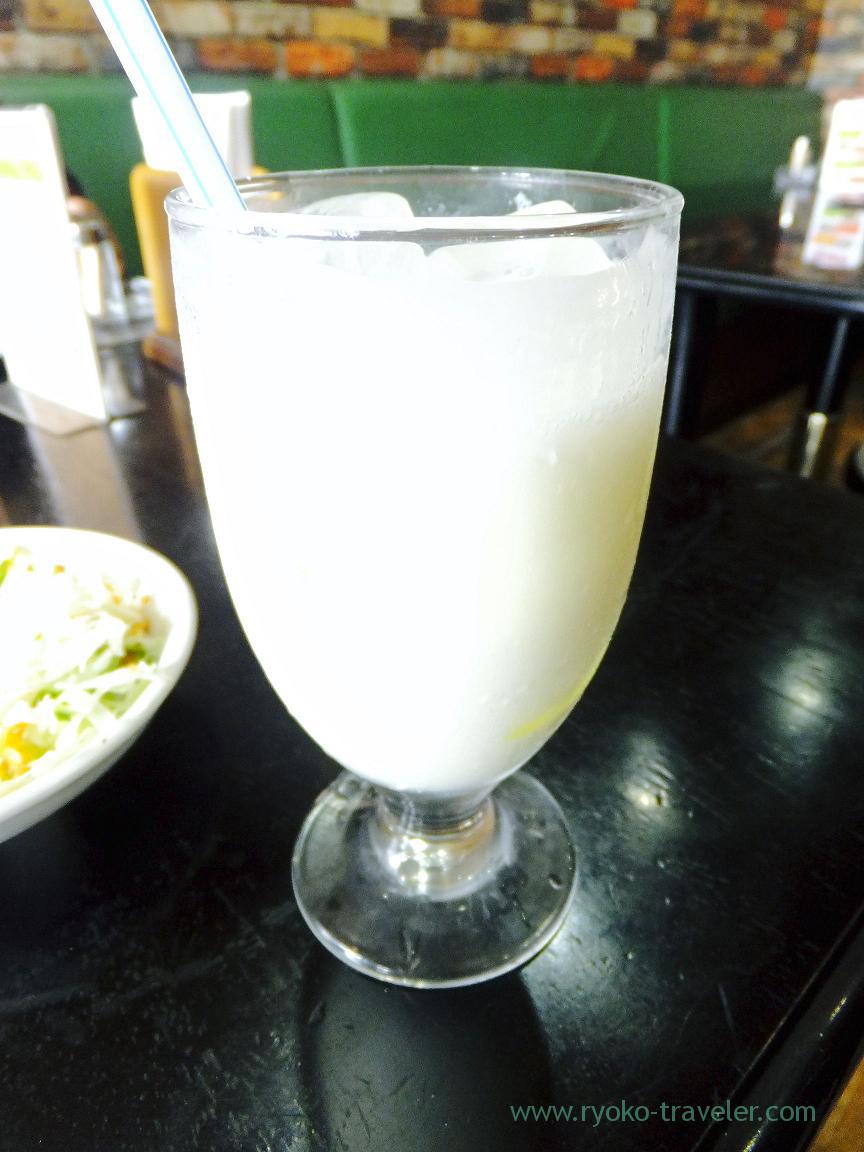 Of course those were tasty, but we amazed those volume and price !
Well. To begin with, the prices in local Ichihara is low 😛

Even payment, he remained silent. He glanced at me, and he bowed very slightly. (Still he said nothing)
He seems more shy than unfriendly. Also he can’t speak Japanese well, so he may not want to speak much.
He was careful about serving dishes and he served our drinks in a proper timing. So, I wasn’t upset by something especially.

Anyway, thanks for the hearty meals !

The only beer bar in Funabashi Finally, I could go a beer bar that I had wanted to go for a long time. The bar's n...

Kasuga shrine between houses. When I went to Asahiyu at Ichikawa, I went to Kasuga Jinja shrine on my way to home. ...