Hirai : Dangerous hotpot eaten in Winter only (豊田屋)
Toyotaya without reservation This post is a sequel of last post "So popular beef cutlet (Shinbashi)" We had tea, w...

www.ryoko-traveler.com
But Toyotaya is open nighttime only, so we went to a popular shop in Shinbashi that is open only weekdays lunchtime.

The shop is located in the old building that is named “New Shinbashi Building”. So far from “New” !
Beef cutlet Okada 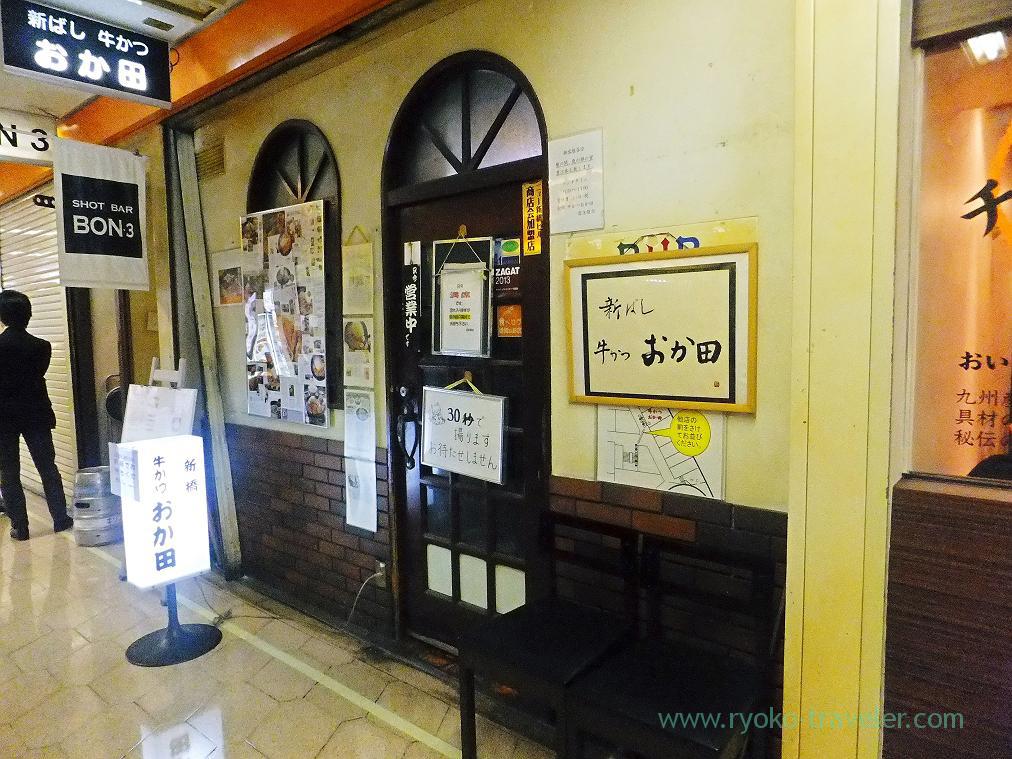 We got to there 30 minutes before the shop’s opening time, but there were already some people waiting.
The waiting area is stairs close to the shop, and when the shop was open, the waiting line reached next floor.
The building was too old and the air was not good. I had a fit of coughing while waiting.
I have had a sore throat.

Well, it seems that only I was very sensitive.
Everyone except me seems to be no problem.
I have much allergies 🙁 Though I don’t have any allergies about foods 😛

But I put up with waiting for 30 minutes to eat tasty foods.

It seems an old kissaten 🙂 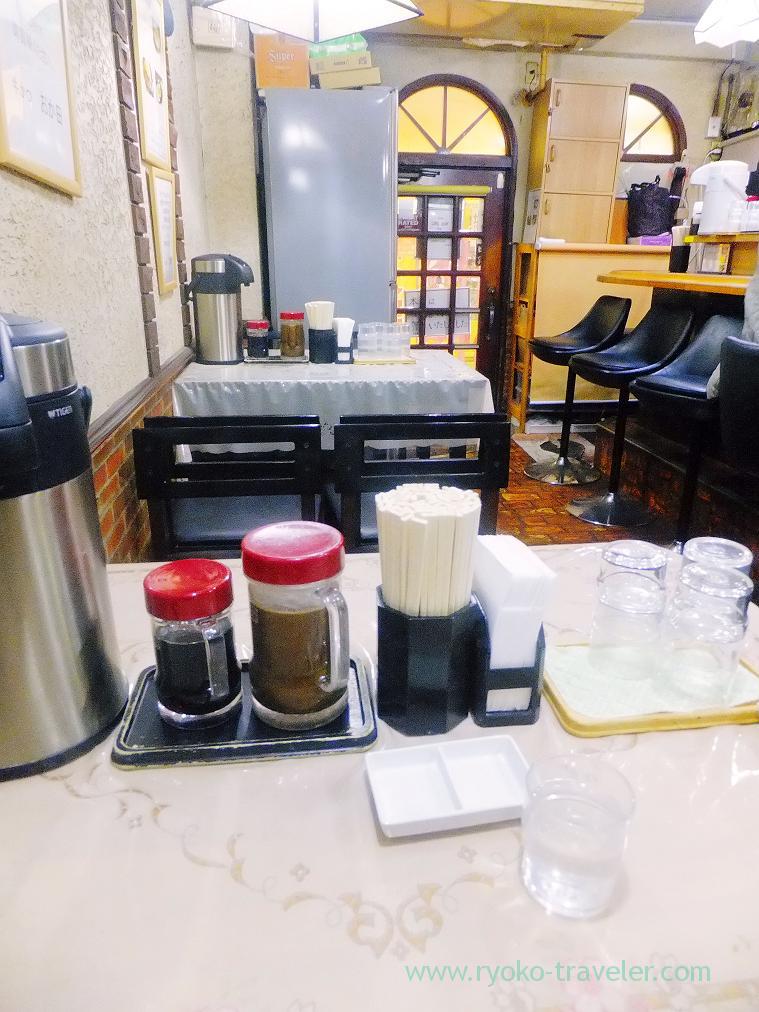 We had to say number beside the food name on the menu to order.
Everyone ordered Third while I was there.

And this ! Third !
The third that everyone want to eat even they wait so much time !
Beef sirloin cutlet (牛ロースランチかつ定食, 1300 yen) 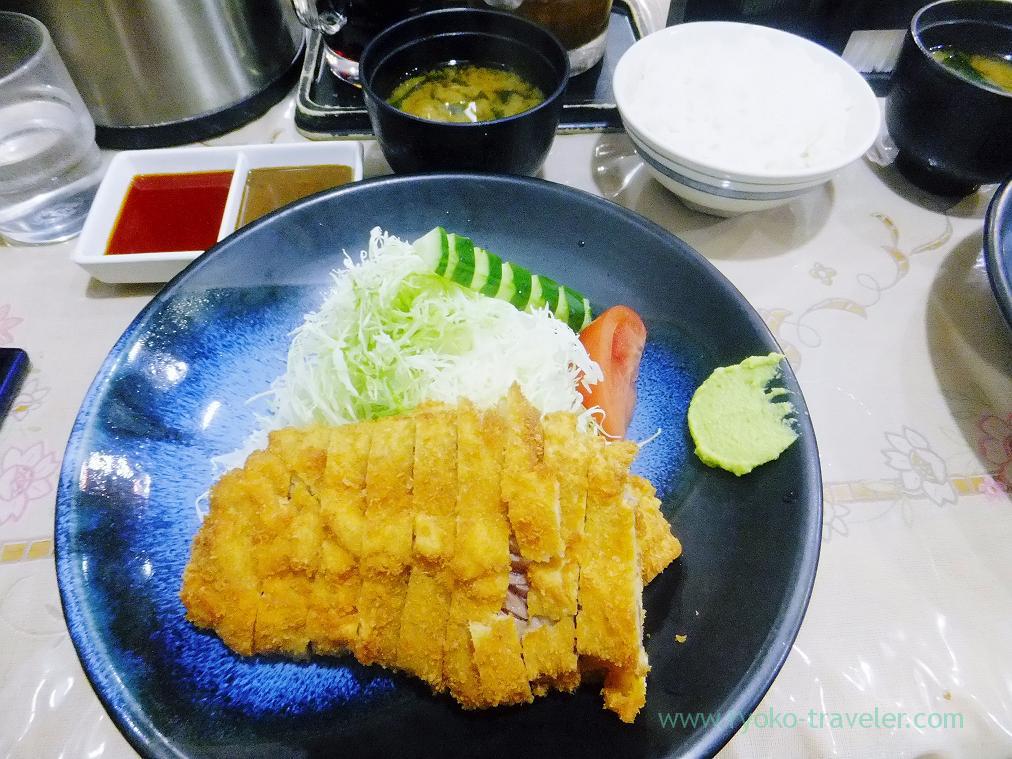 The secret behind the popularity of the food is this section of beef ! 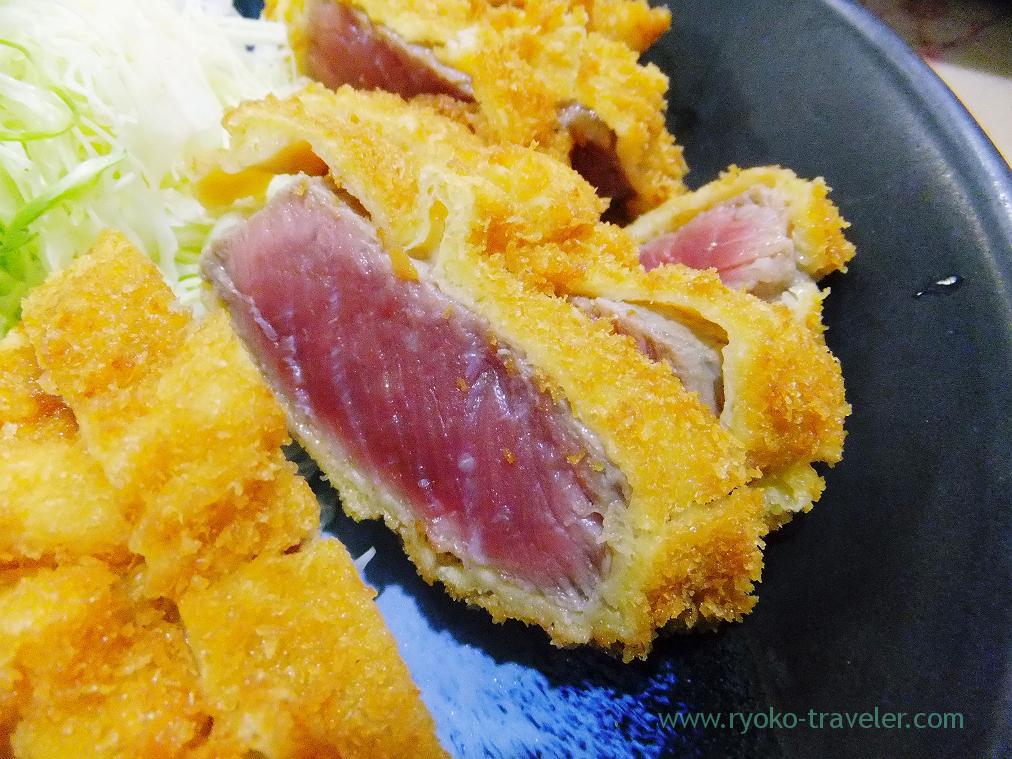 Only one disappointing was this coating came off those meats.

The shop is so small. They don’t make those seats full at one time because only one chef cook.
From my pictures, you see lots of vacant seats, but so large number of guests were waiting outside.

When we started eating, other seats became full.

After we got out of the shop, we had a coffee within walking distance from Shinbashi to kill time until Toyotaya is open 🙂 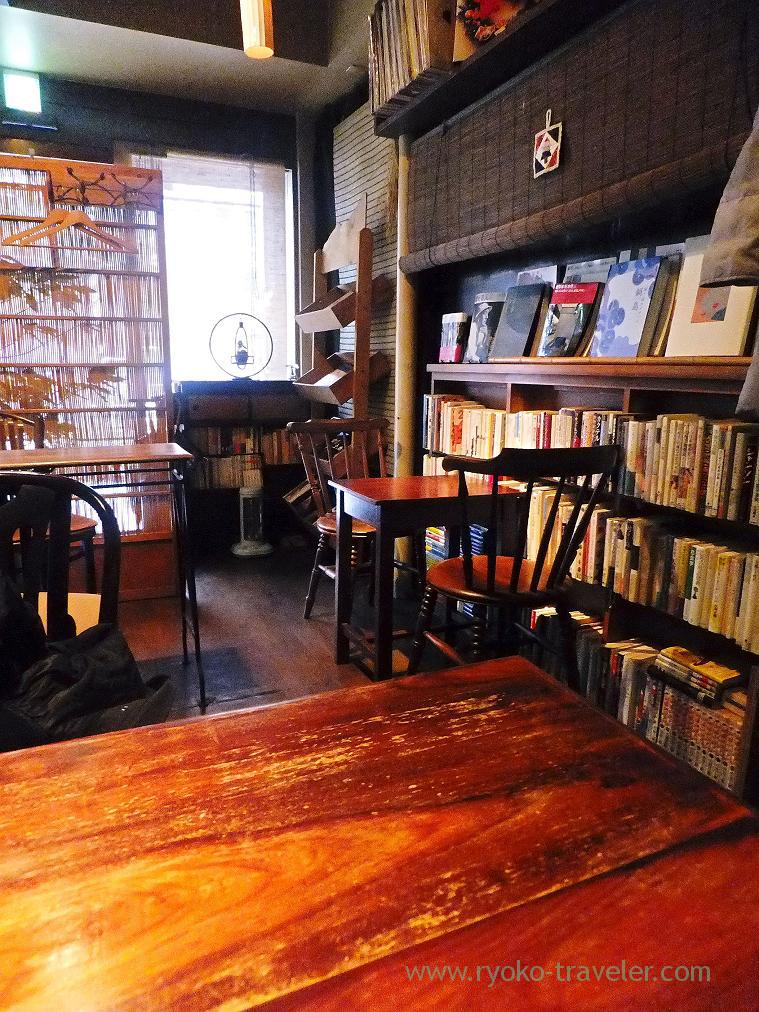 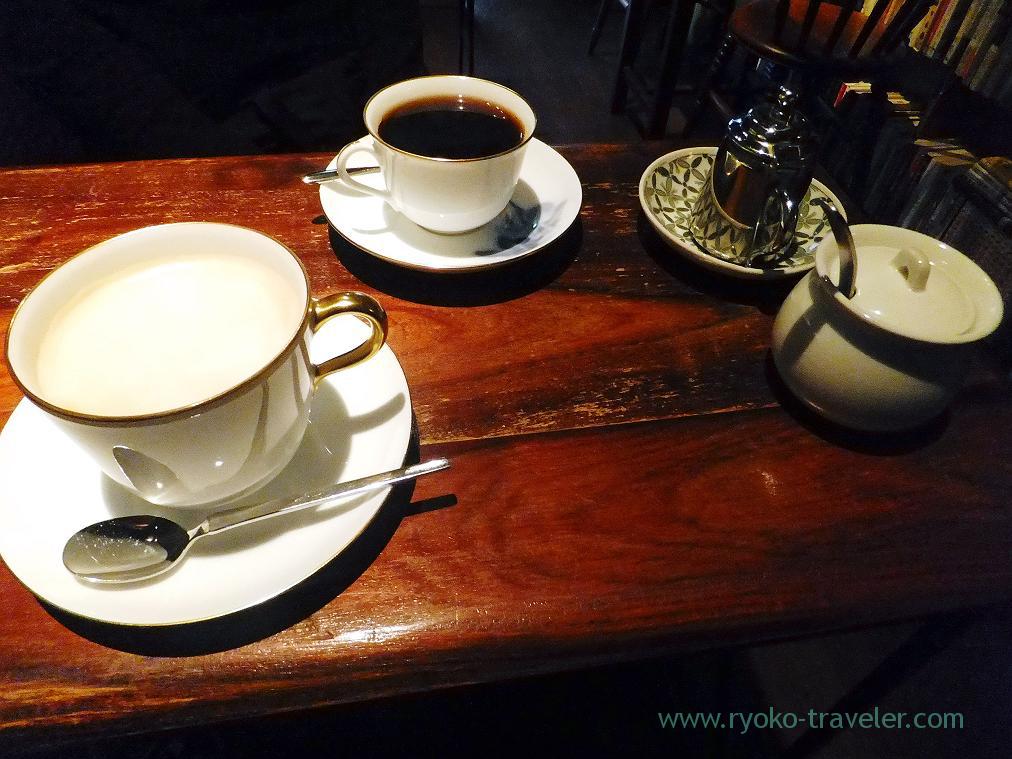 Precious ramen could be eaten once in each month. Though I visited Torito in Tsukiji market several times, this was the...

I wonder if how is under Kachidoki Bridge. So, I went to there. There is a patrol boat. You must not fishing here...

Ramen having 50 Shrimps extracts Some ramen shops are open newly within a few years in around Tsukiji area. Especial...

Ordinary cherry blossoms are in full bloom after plum blossoms season is over. But this year, cherry blossoms were begi...
Tsukiji : Welcome back party at Kashigashira :) (河岸頭)
Hirai : Dangerous hotpot eaten in Winter only (豊田屋)