The most tasty foods in our trip to China.

We arrived at Feng Fuang around 7 p.m.
Our hotel was Phoenix Grand Hotel (天下凤凰大酒店).
Our guide said to us that this is the only “hotel” in Feng Fuang and another accommodations are inns.
We don’t know the difference at all, but there might be Chinese law about that. 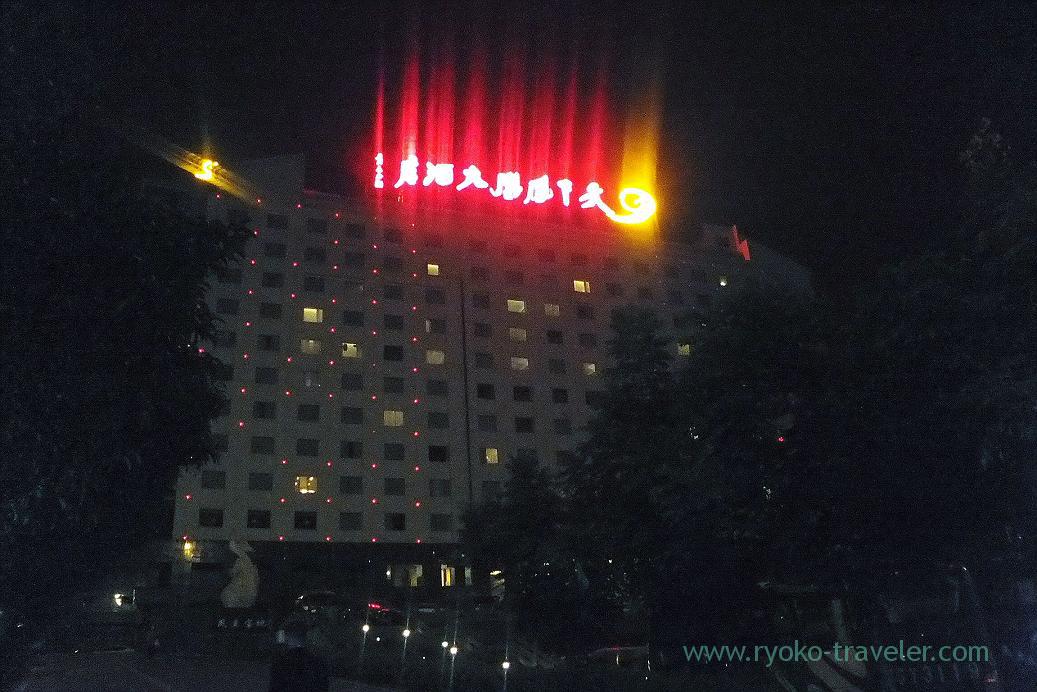 My room. Though I was a lonely traveler, my room was large twin room for three days in row.
There are many shops and restaurants around the hotel and Feng Fuang was busy city. 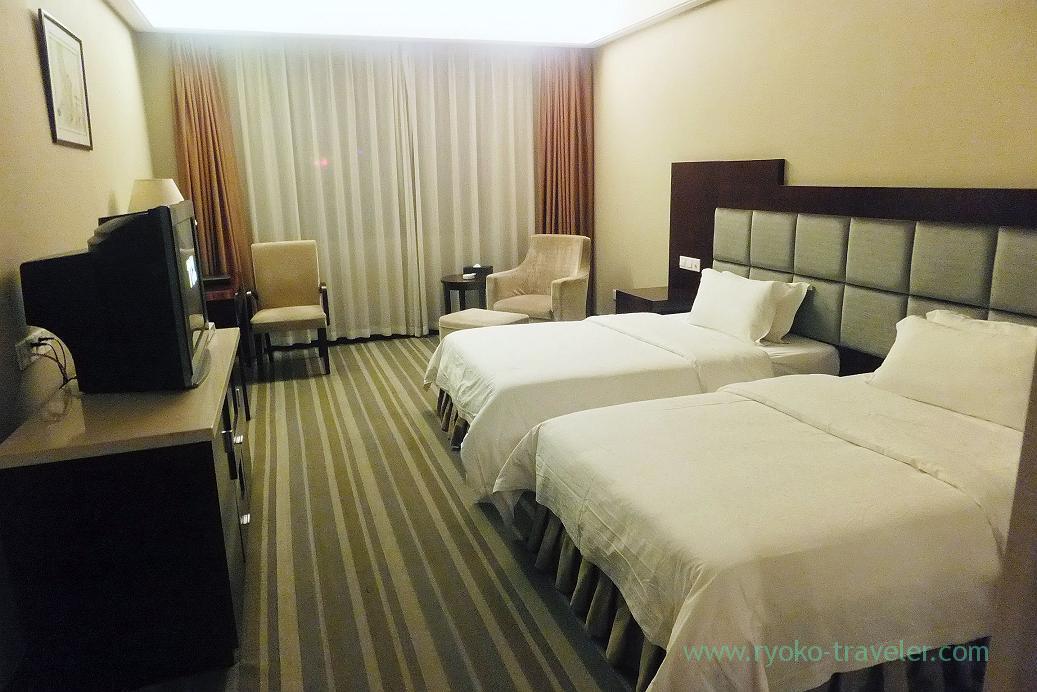 The bed room and the bathroom split with glass wall :p 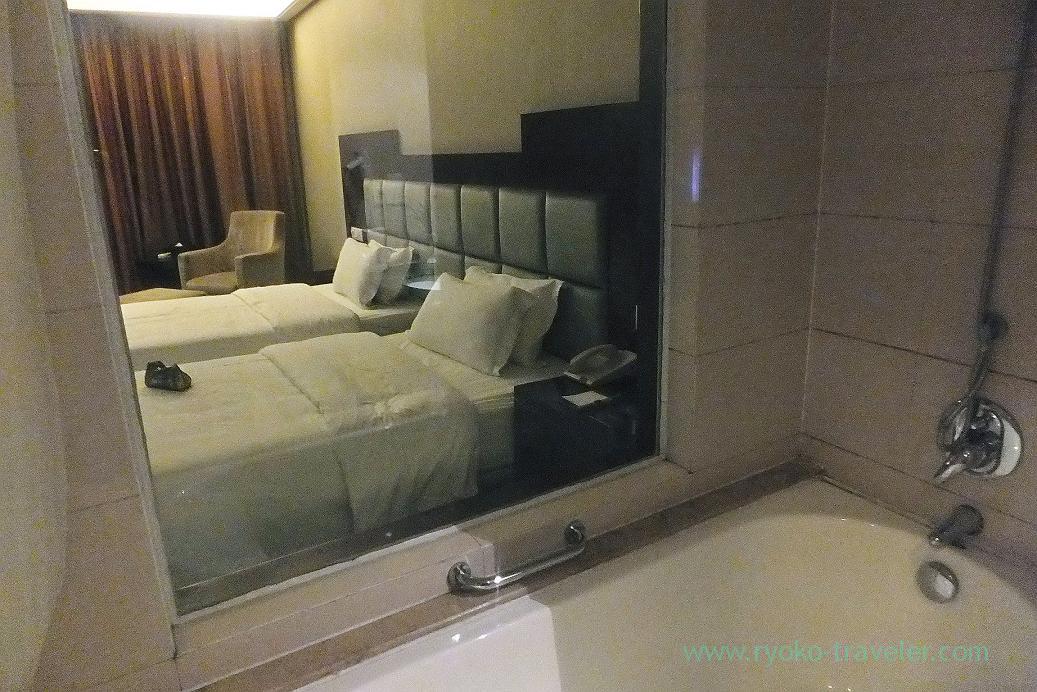 Though I was impressed by the view of Wulingyuan, I was dissatisfied with people. Almost all tourists and workers that I met in Wulingyuan was cold and rough. Maybe it was because there were so many people packed everywhere. But in Feng Fuang, there were not many people like Wulingyuan and everyone was peaceful 🙂
I think I was also rough at the end of staying in Wulingyuan for secure myself 🙁

Every hotel staffs were kind and waited on me with English words as well they could.

After we checked our room and took a break for a while, and then we had dinner in the hotel.
Our dishes came slowly, so I didn’t take the photo of foods altogether on the table.
Only those two photos. But this foods attracted me.

This bright red juice ! This vegetable is Chinese red spinach. This red juice looks sour, but actually, it was not sour at all. Its taste and texture was ordinary spinach. It was unexpectedly tasty 🙂 The red color is because of its anthocyanin. 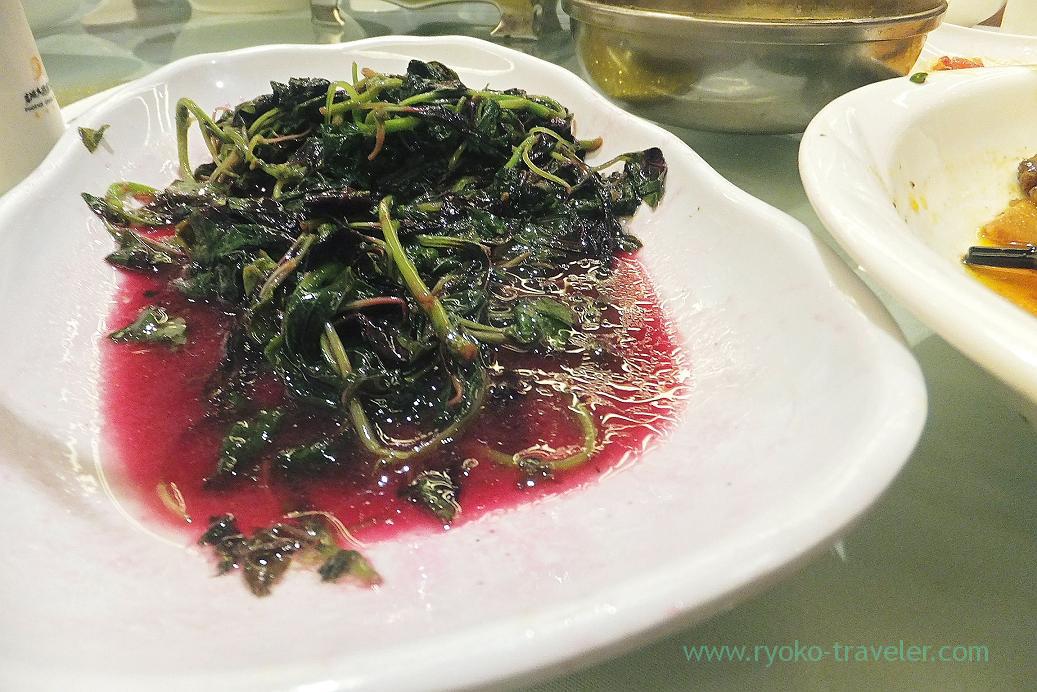 And another. This was far No.1 food that I had at this trip.Fried shall shrimps, red chili, leek and so on. It came twice at this dinner. First was mild, but second (last dish of the dinner) was very spicy and awesome. But the spicy one came last of the dinner, so we couldn’t eat it up. We left almost of it.
How regrettable ! I should have container for that ! It went with rice very well, and though I felt already full, I had second helping of rice only for that. 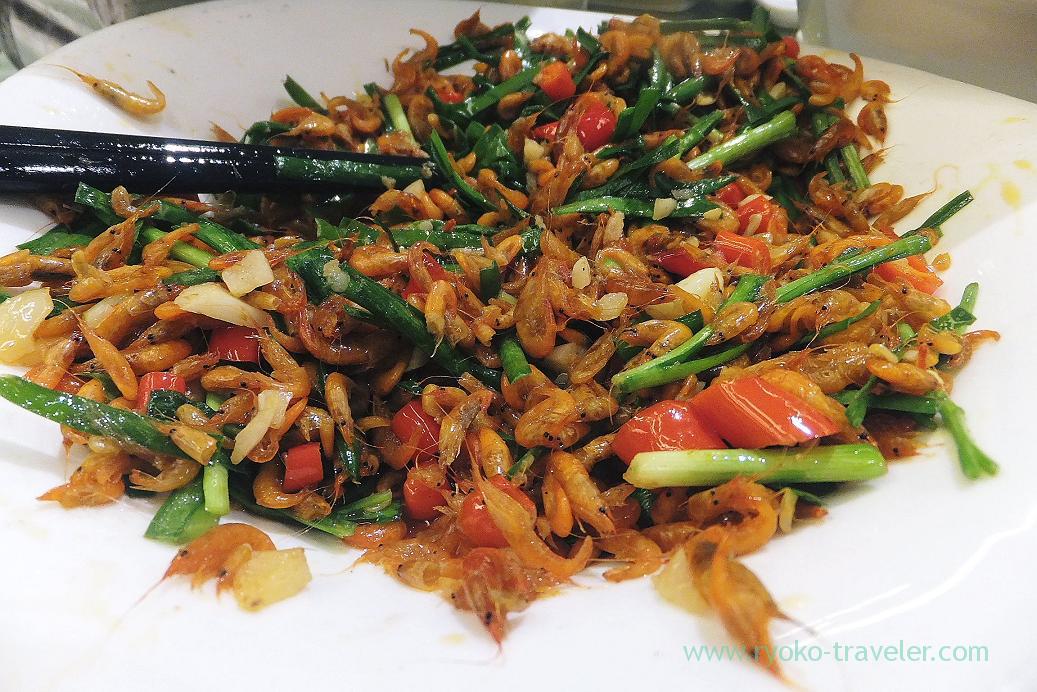 After we had dinner, we went to see night view of Feng Fuang old castle. I’ll post about it later.

Next day, we had buffet-style breakfast. Red beans porridge was delicious.
And this mantou (steamed bread), too. 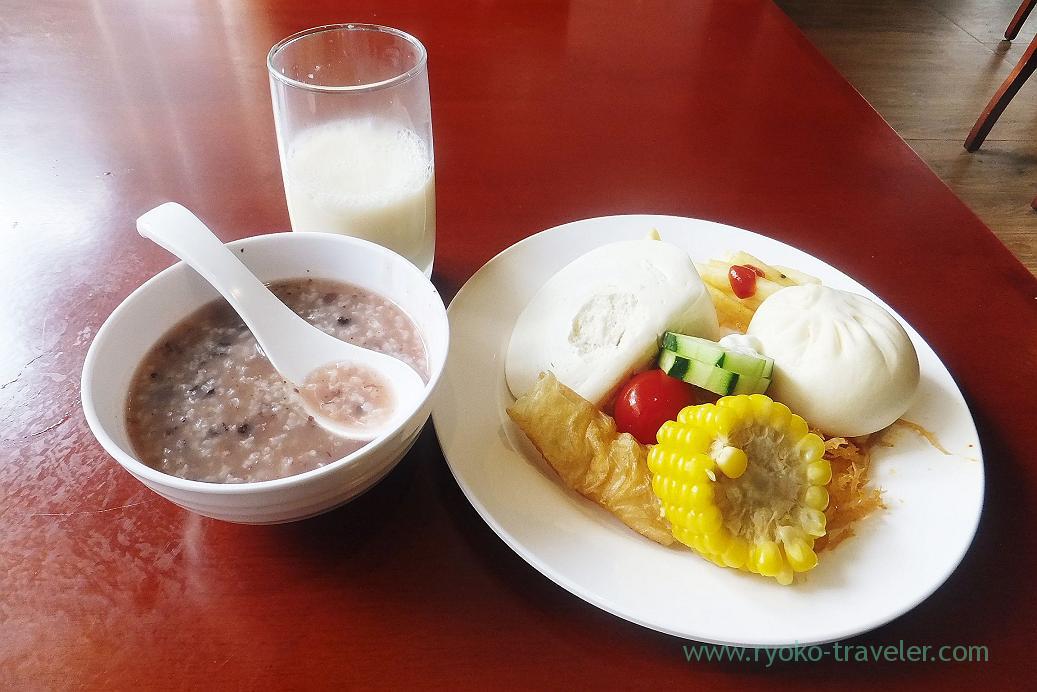 Mysterious artificial lake - Baofeng lake After we had breakfast, we got out of the hotel and started our last sightsee...

Viewing Peaceful town from the boat After we enjoyed views of Feng Fuang on the ground, we went down near Tuo river for...

Hello, from Feng Fuang of China.

I'm now in Feng Huang. The night view of the old castle town was splendid. So brilliant ! I arrived at Zhang Ji...

Our sightseeing in China has finished ! After we enjoyed sightseeing of Feng Fuant, we went toward Zangjiajie internati...

Goodbye Zhangjiajie Now is already 2016. But I have to post about trip in 2015 :P So, it's about trip to Zangjiajie. ...
Ginza : Our longing hamburger steak and pudding at Persil
Shintomicho : Congratulation on 1st anniversary of Sushi Hashimo (鮨はしもと)