Good-bye China for a while

When we got to Zhangjiajie internatioanl airport, we heard some Japanese voices around the checkin counter. We were surprised that there were several Japanese in Zhangjiajie except us :O

When we took CHina Eastern Airline from Shanghai to Zhangjiajie, in-flight meal was served. So, I was a little worry about in-flight meals because I was full. But it wasn’t served in our Shanghai airline.

After two hour flight, we got to Shanghai international airport around 11 p.m.
Our conductor by HIS Shanghai branch waited for us at the arrival lobby.

We were to take the plane to Narita next morning and we stayed in Dazhong Airport Hotel. The conductor took us to the hotel and checked in.
And she had the procedure for check-out next day.
Sha also took us to check-in counter in Shanghai international airport and helped us.

I needed a little of her help when I got to Shanghai airport, too :p
http://www.ryoko-traveler.com/zangjiajie-and-feng-huang-2015-1/

She took much time to check-in.About one hour. When I entered my room, it became end of the day.

This is Dazhong Airport Hotel (上海浦東空港宾馆). It could be seen from the gate of the airport well. Those photos were taken first day of the trip. 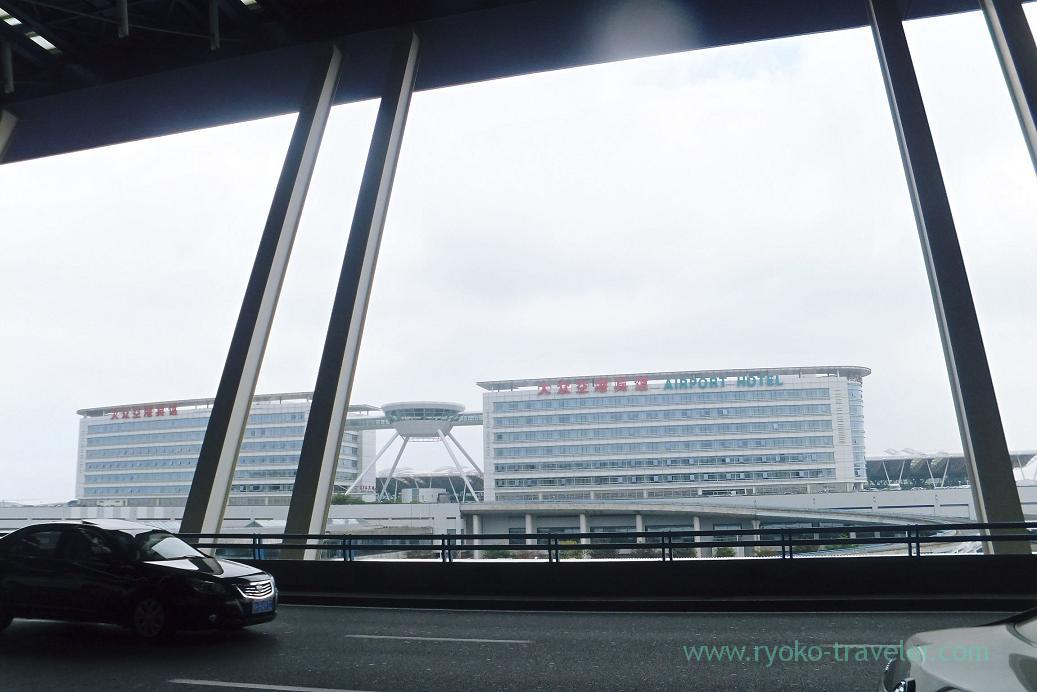 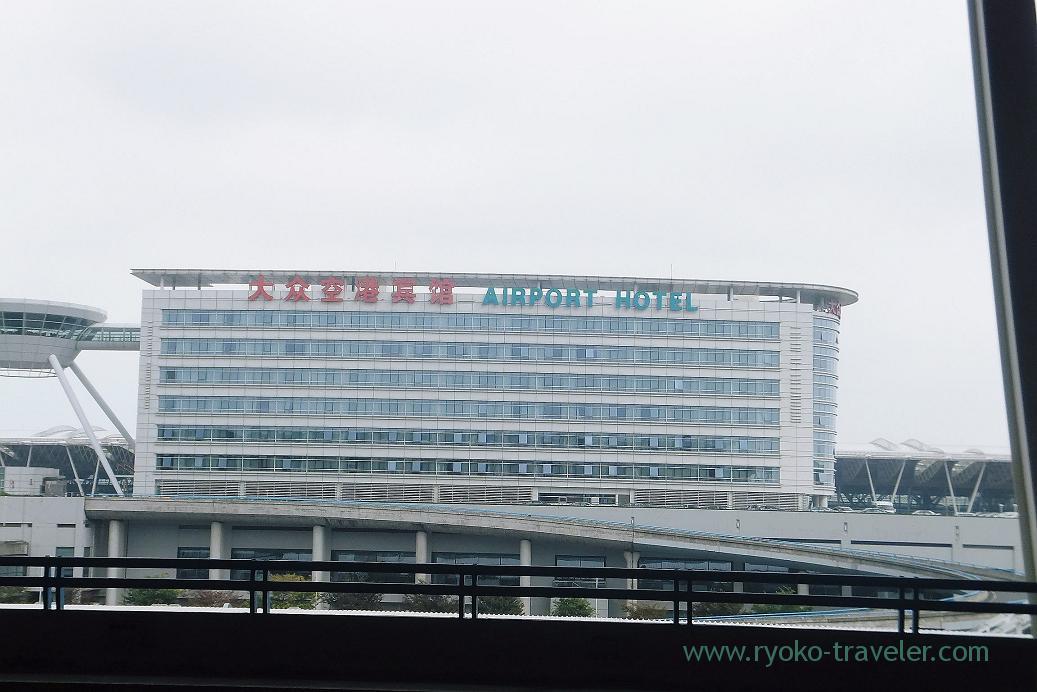 Though it is small room, it is clean.
It is enough facility for us because we stayed only 6 hours. 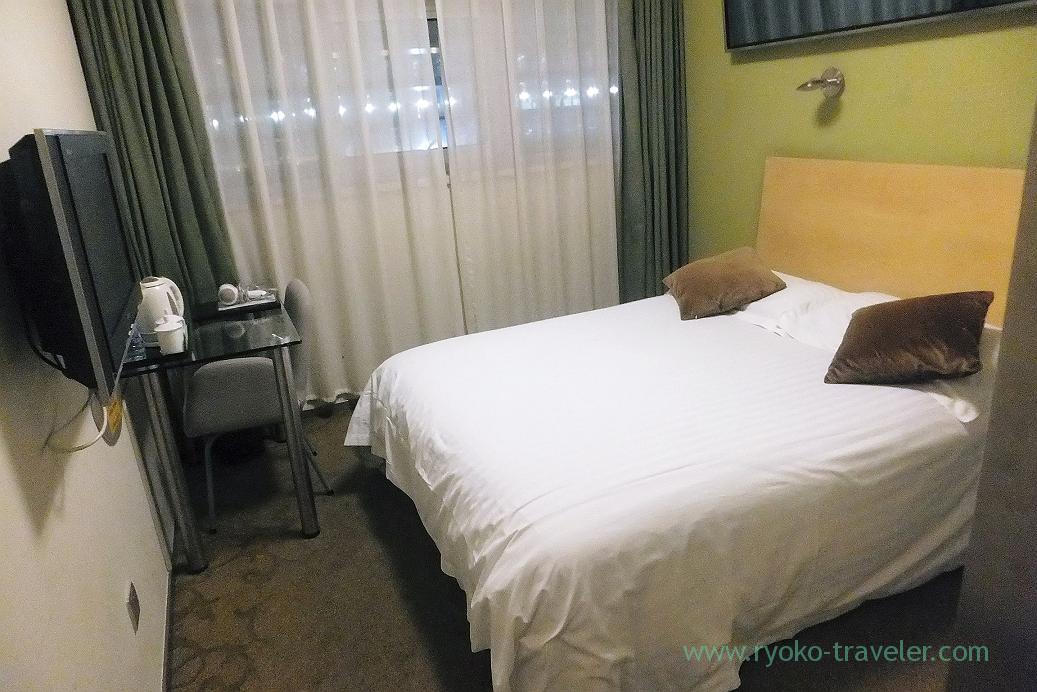 I knew this hotel offer us free wifi on the internet. The staff said to me the password is our passport no, and I did so. But I couldn’t use it. I gave up using it because I would be back after 10 hours later. I couldn’t use wifi in Shanghai airport after all.

Next day’s breakfast. We had to leave the hotel early for check-in at the airport. The restaurant was open before the opening time.
Though there were not many kinds of dishes, everything was bland foods. It’s the airport hotel ! 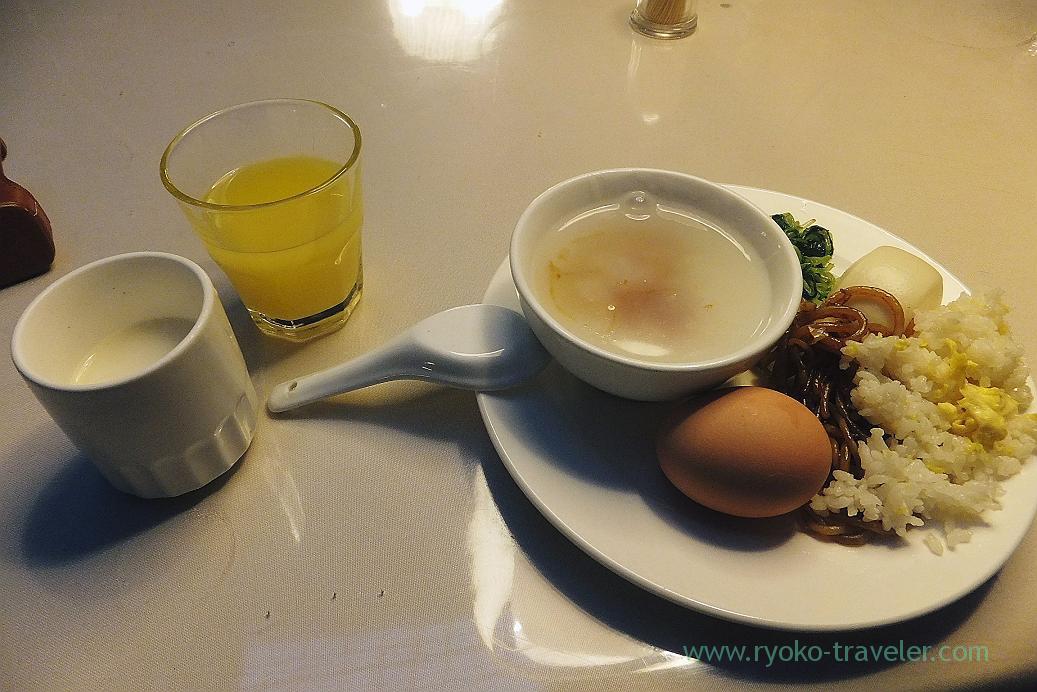 From Shanghai to Narita, in-flight meals were served. 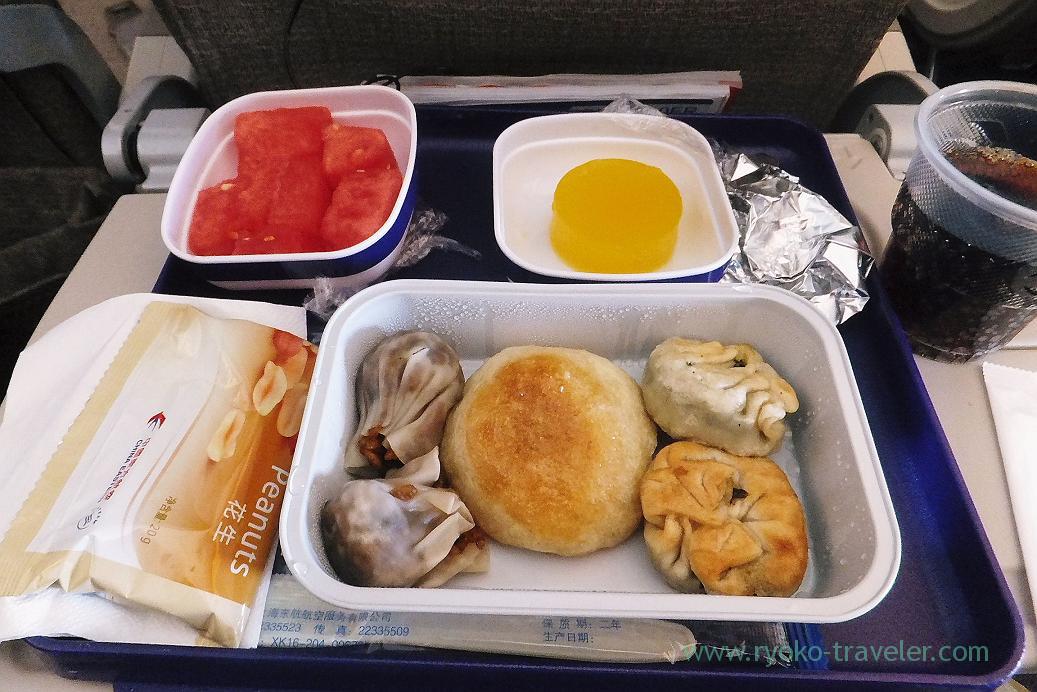 In the end, the trip was fun though I was fed up with offensive and defensive battlefor getting into rest room 🙁

Only about two hours flight from Shanghai to Narita. Our trip ended very fast.

By the way, my first trip to China was in Wulingyuan, not popular cities like Beijing and Shanghai. It’s funny 😛

Zhangjiajie and feng huang : Long stay at Shanghai by myself

Lonely trip in Shanghai without large baggage, Chinese language skill,,, I went to Zangjiajie for sightseeing in October...

Great view, but dreadful After we flied to upper area of Yuangjiajie with cable car, we went up more. There're s...

Our second day's hotel was Emperor hotel (天子大酒店). It was large hotel and there are many shops and restaurants around th...

Zhangjiajie and feng huang : To Yangjiajie

Lots of people were here and there in the park We started sightseeing after breakfast. At first, we went to Yangjiaj...
Zhangjiajie and feng huang : Miao village, sand pictures and dinner
Bakurocho : Hot and spicy noodles at Fuxue
Home
TRIP (OTHER)
CHINA
Sponsored links