When I have breakfast at Tsukiji, I entered Yonehana or Odayasu so frequently 🙂
They serve various breakfast for us.

My friend tweet about chef’s choice of Yonehana and whiteboard menu of Odayasu on Twitter everytime.I’m really appreciate him.

I intended to go to Odayasu that day at first, but my friend tweeted about that day’s chef’s choice of Yonehana. It was firefly squid !

It’s my delight ! I eat it at home so often, too. But it tak much time until eating it because we have to remove those beak and eyes.
Usually it appear in the market from February to May only. Firefly squids in February are very small.
Mostly they become enough large at the end of May. 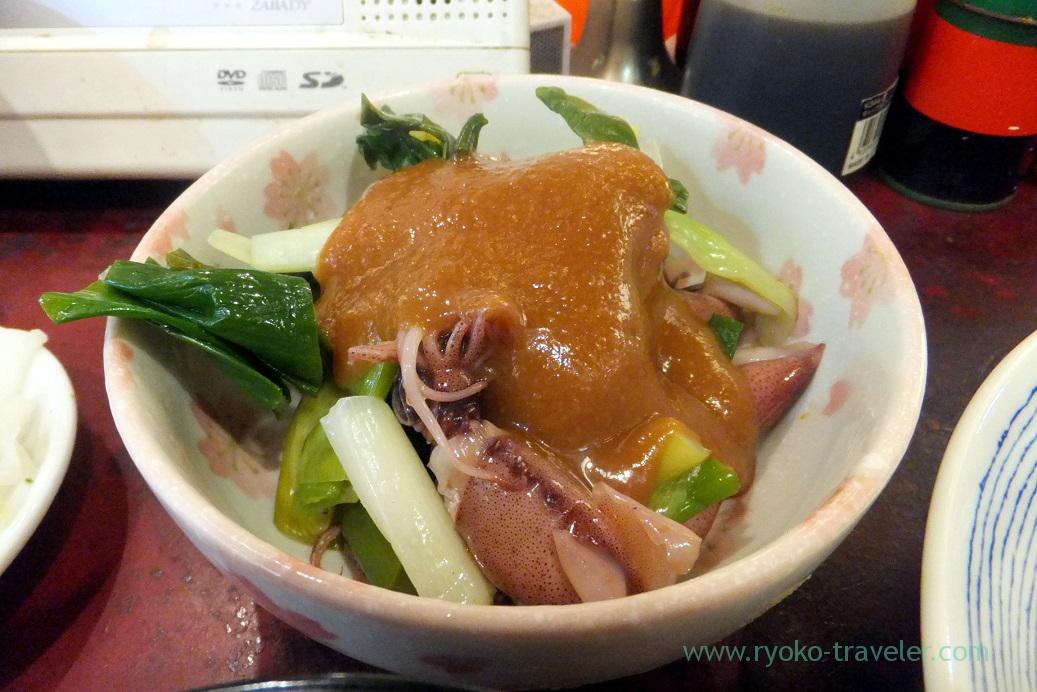 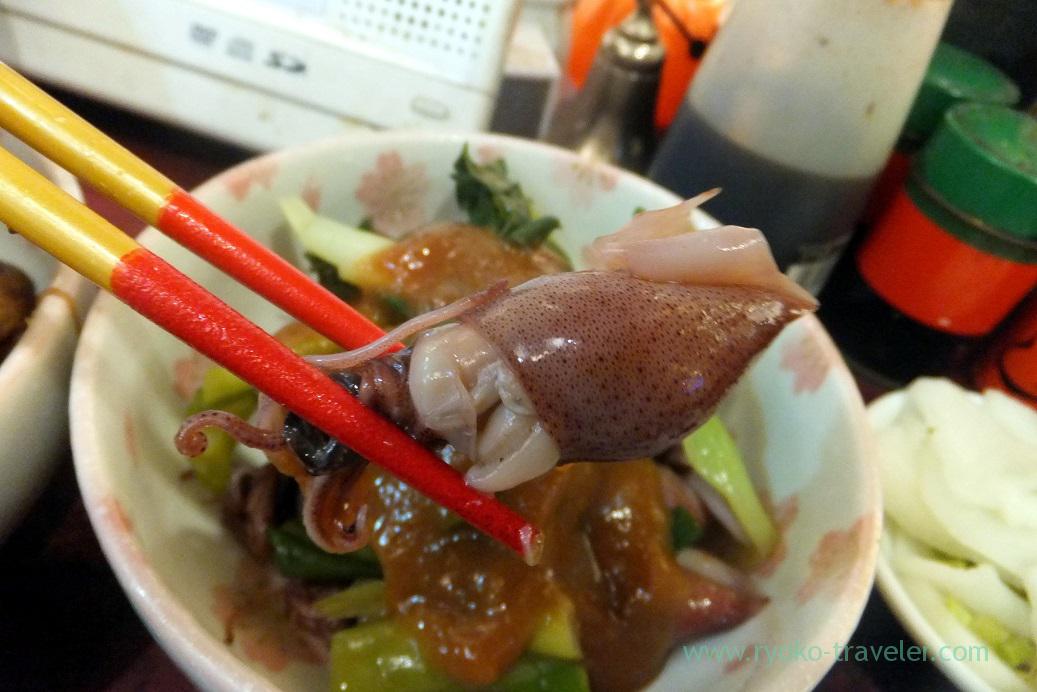 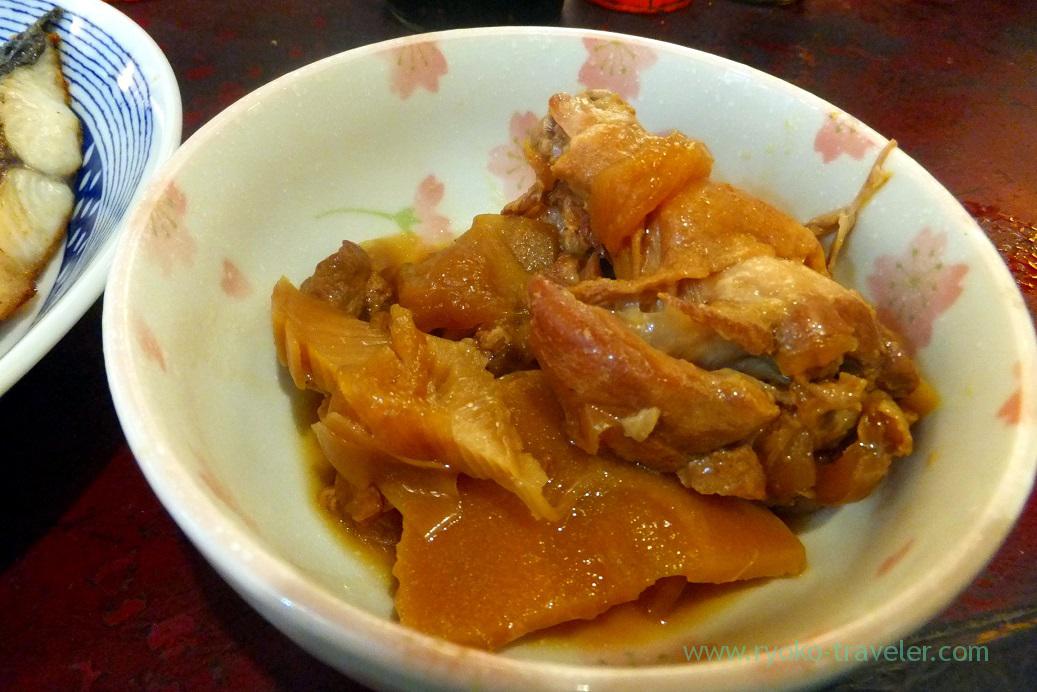 My stomach could be full with them only. But entree is it. Grilled Spanish mackerel with salt.
The best season of Spanish mackerel is from Winter to Spring. It was fatty and tasty 🙂 But I felt like I’m going to burst ! 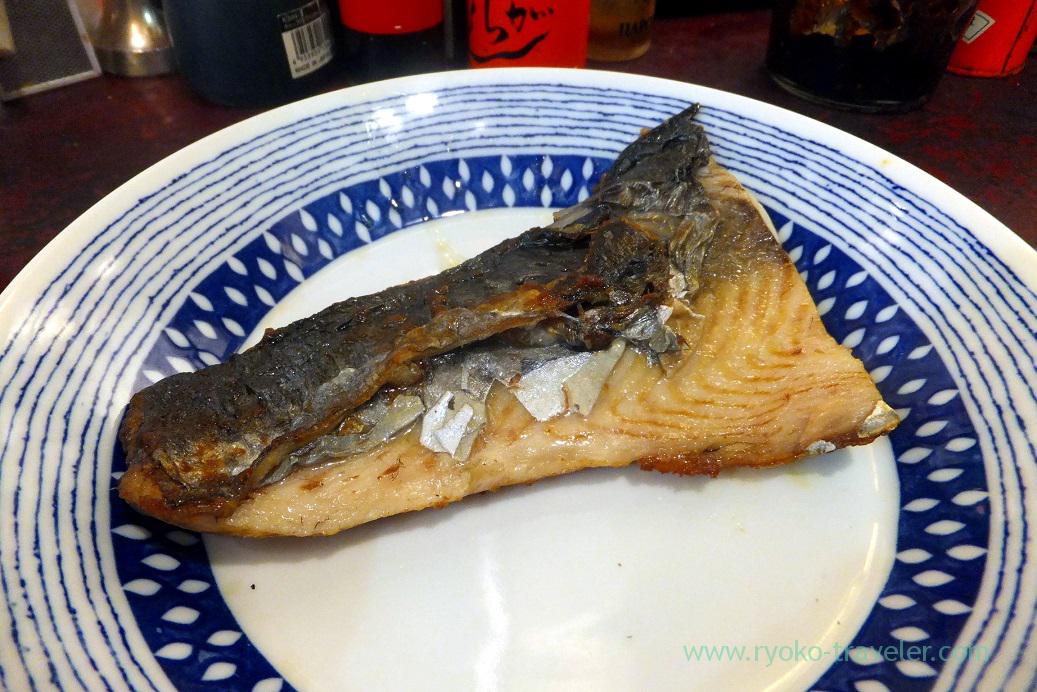 Whole view of my hearty breakfast. 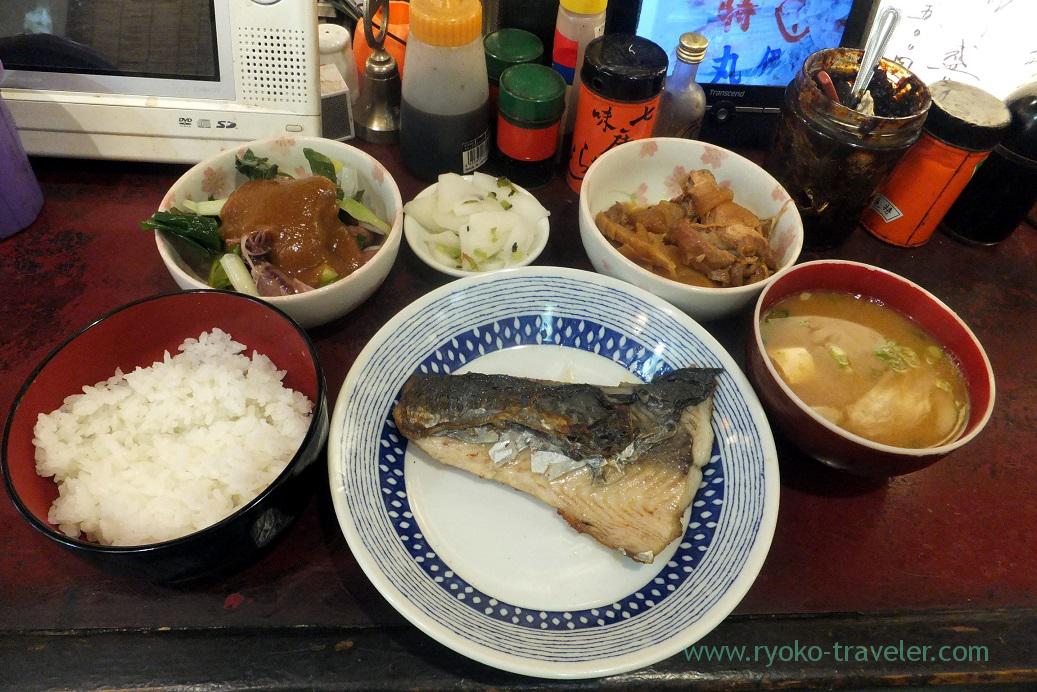 Well, you’d be careful with their table because th manager painted the table by himself and it cling to bowl for miso soup :p

Final Tsukiji activity 2015 at Odayasu Hello, have you been already to Tsukiji this year ? Tsukiji Market finished t...

Odayasu's specialty in Tsukiji Uogashi. You might know that Odayasu is one of my favorite eatery in Tsukiji market, bu...

Crabs meat ! Abalone gathering in a bowl ! I promised to take my friend to Yonehana the other day, so I fulfilled my p...