Week before last, I went to Yamadaya to join the dinner of eating bamboo shoots.
But I couldn’t take good pictures 🙁
I had ached all over for a week, especially my arms.
So, whatever I took, pictures were out of focus :O

I try to upload pictures that can be seen.

Well this is the photo of today’s menus. 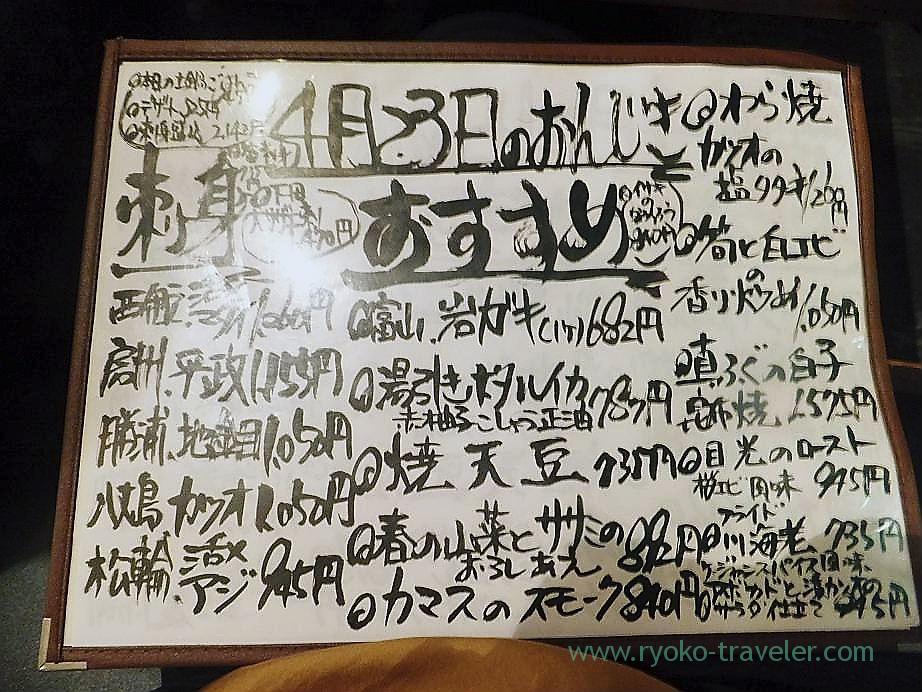 Baby scallops being cooked by steaming (ベビーホタテの蒸しもの)
I took six pictures of it. Only the picture is not out of order 🙁 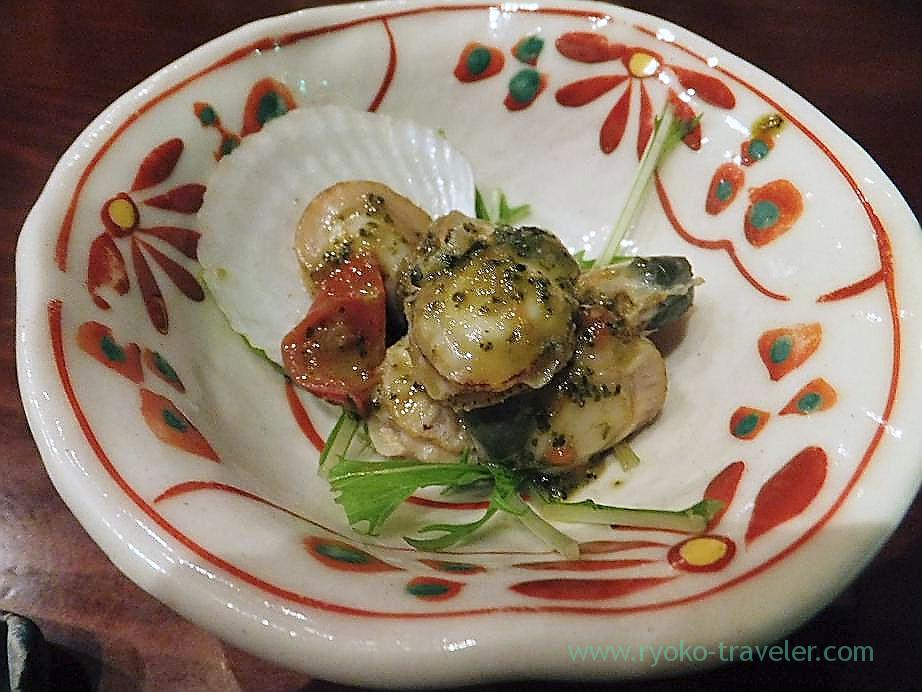 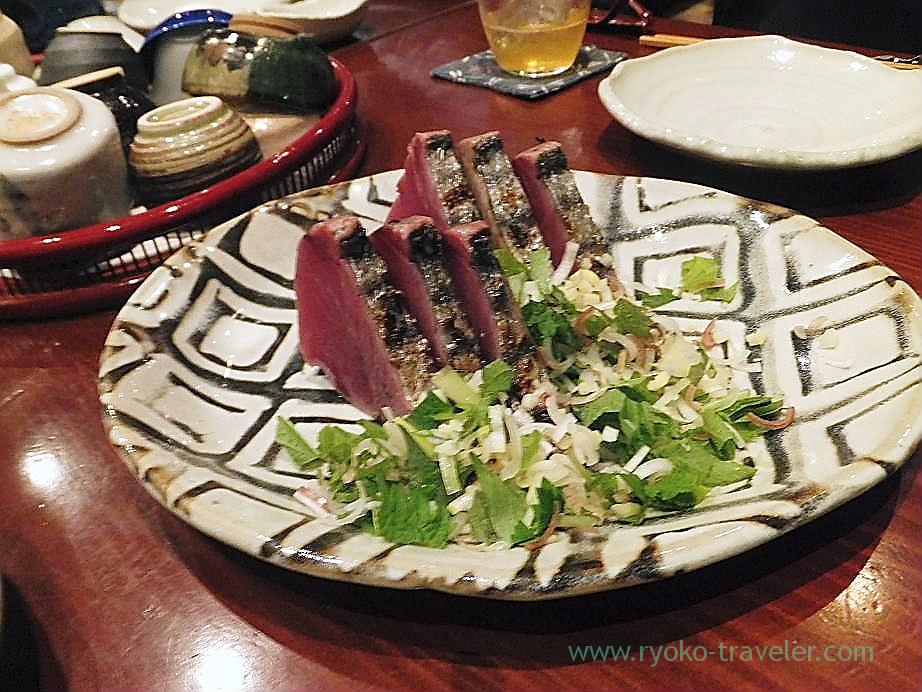 Fried bamboo shoots and japanese glass shrimp with sweet scent (筍と白エビの香り炒め)
I took the picture, but the picture will make you feel so bad. So I don’t upload the image.
The pictuture is desorted by defocus.

I drunk Japanese sake.Oh, I intended not drinking so much 😛 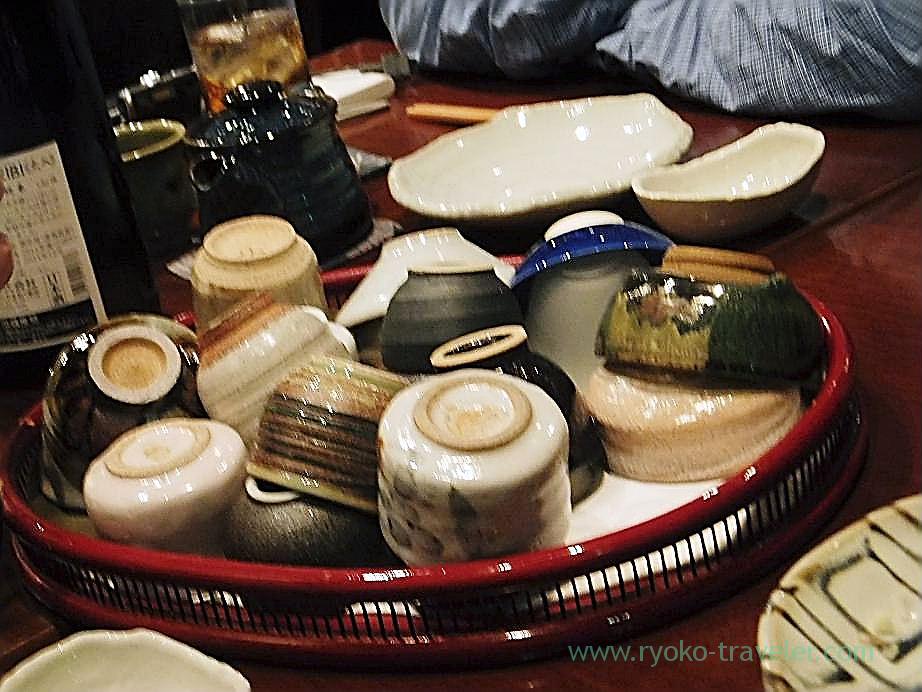 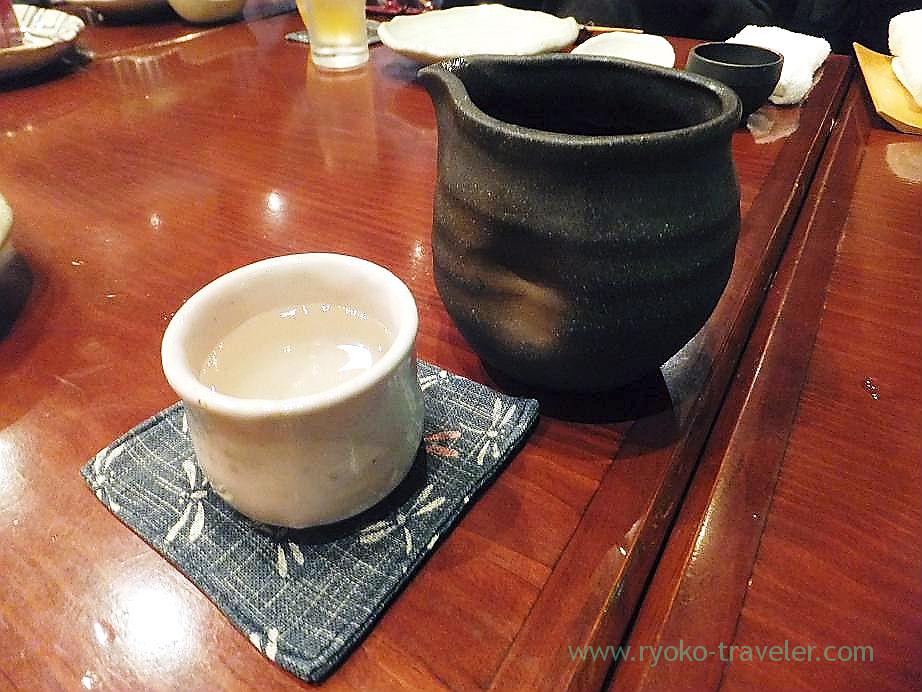 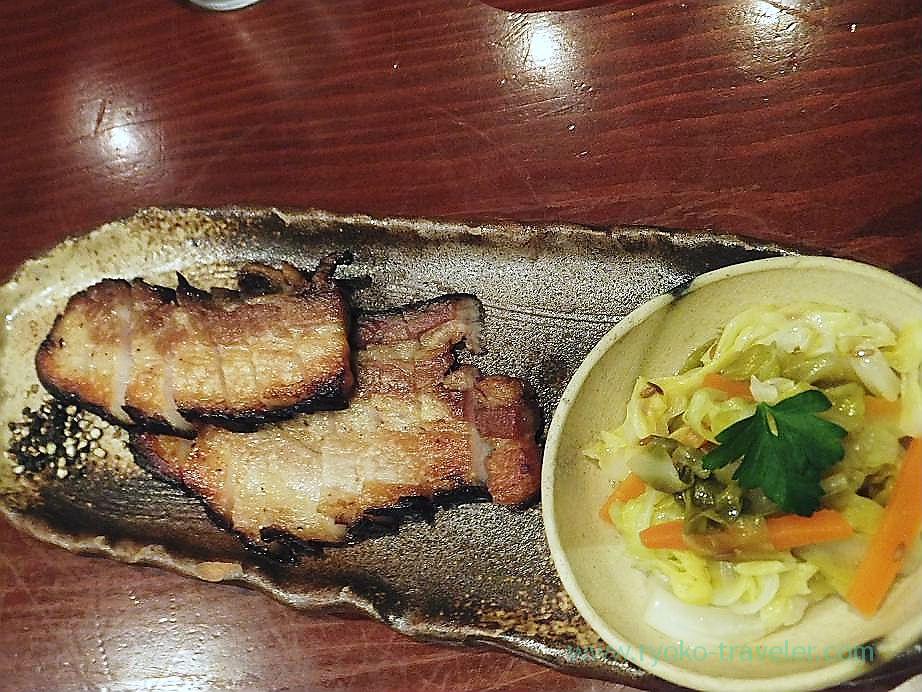 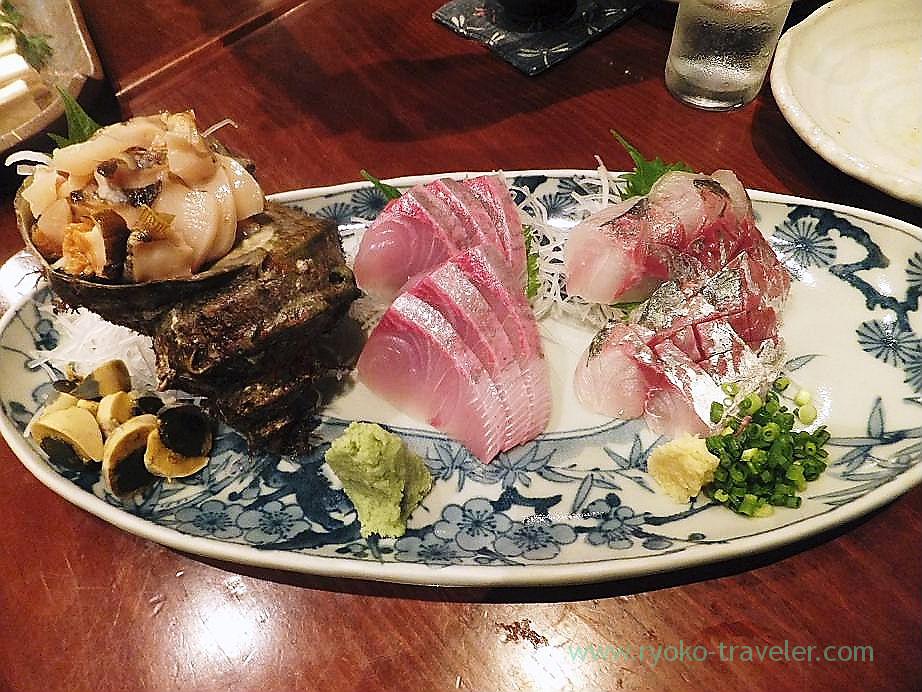 Each seafoods were fresh 😀
In particular, I love turban shell liver.Tasty. 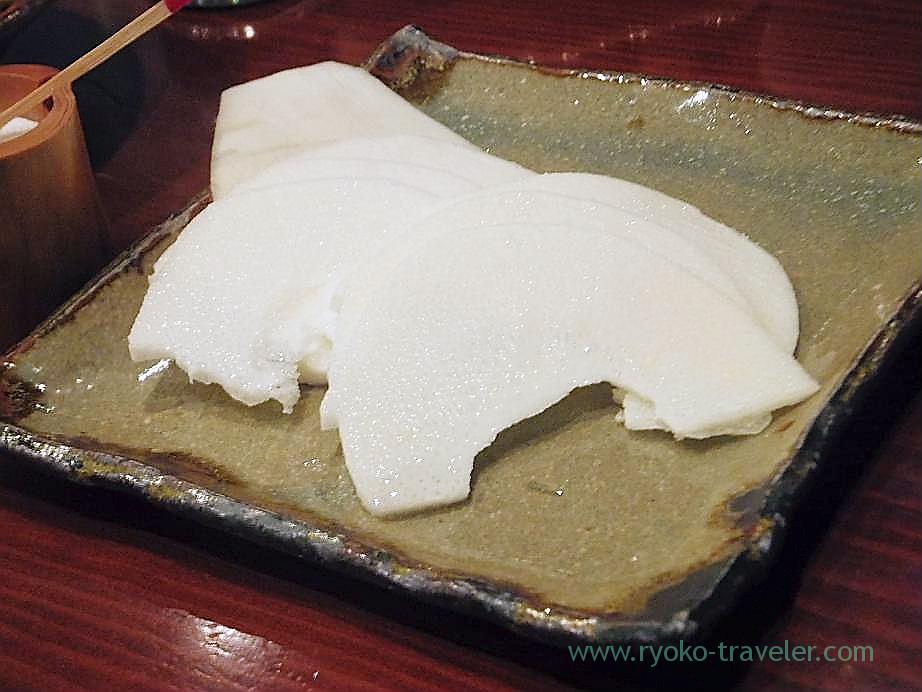 This was the first time to eat bamboo shoot by raw ! The texture was like slimless yam. 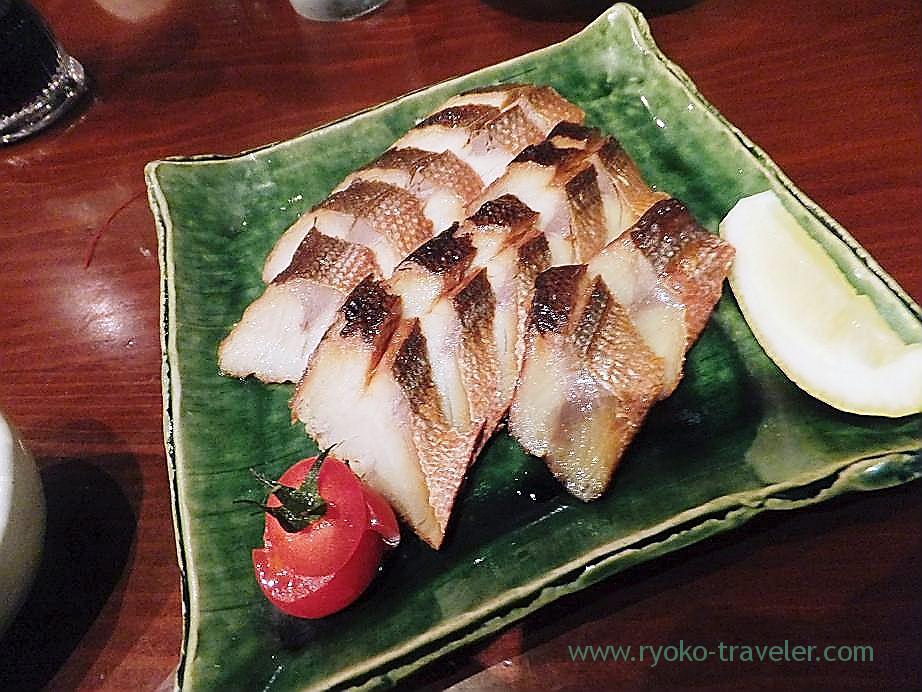 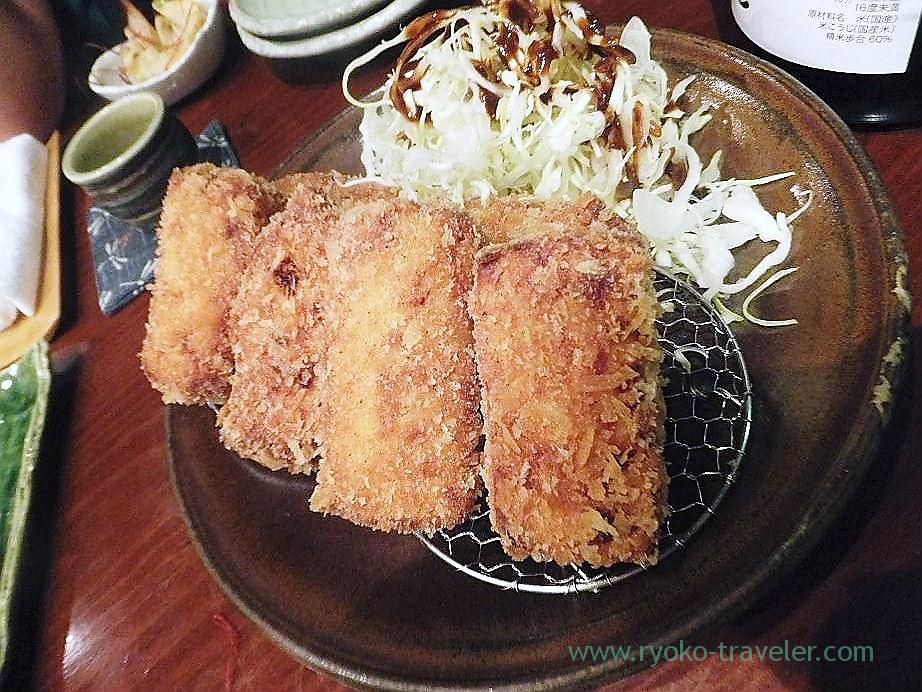 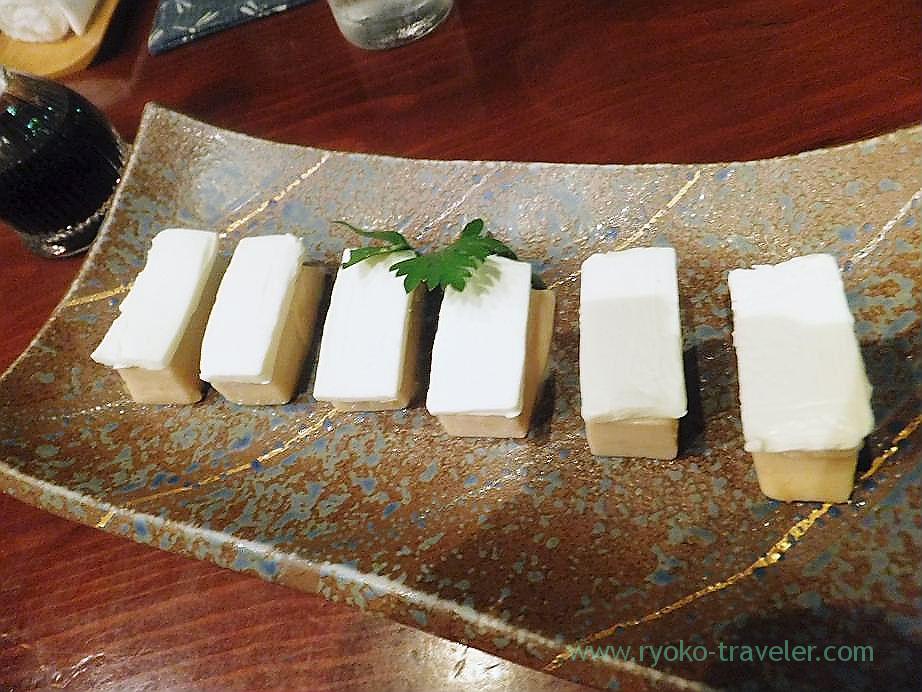 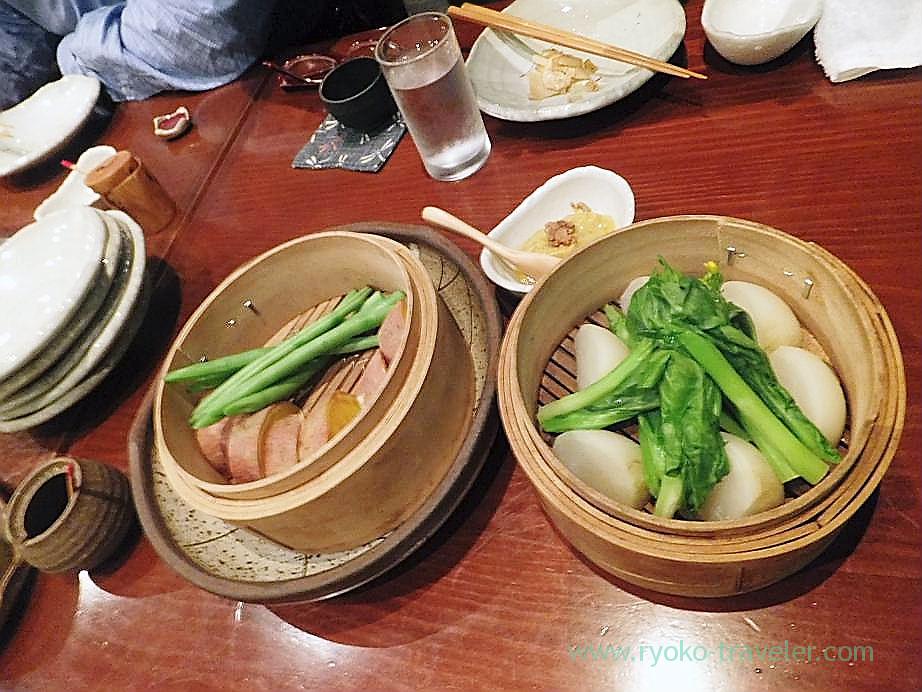 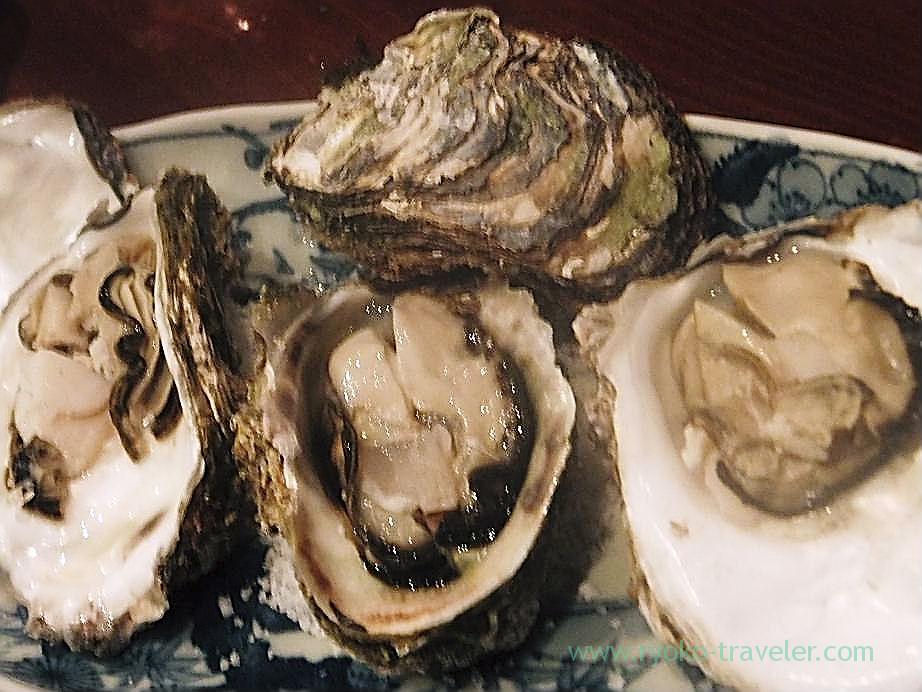 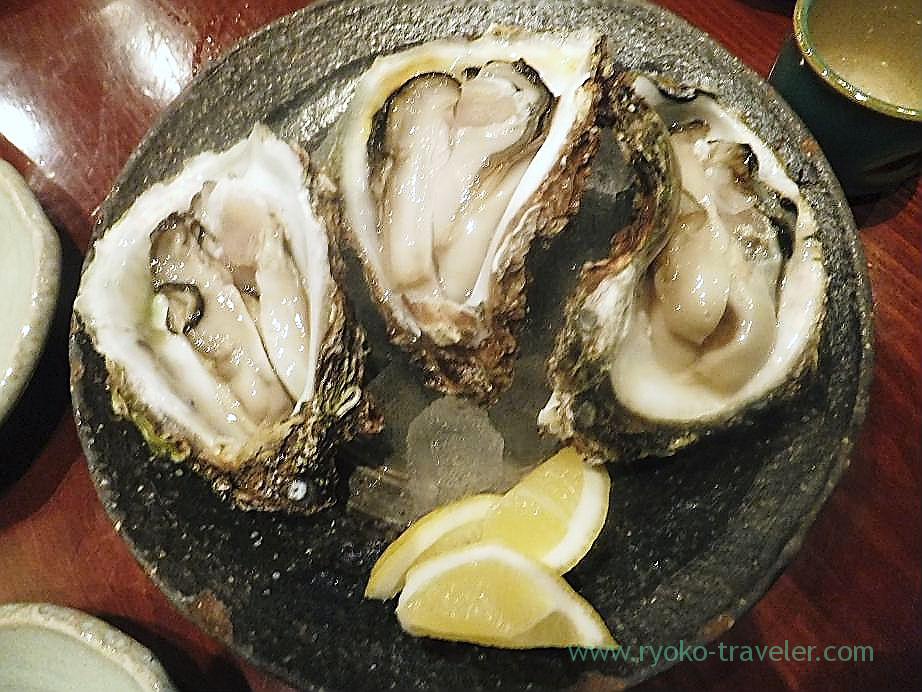 The restaurant cook serves the oysters cut in half vertically. I’m pleased that any quarrels didn’t happen. 😛

I ate a half raw oyster and a half steamed oyster.
I knew oysters become more sweet by steaming.

(It is out of focus, too. But uploading :P)
Dark meat of chickens karaage  (鶏もも肉の唐揚げ) 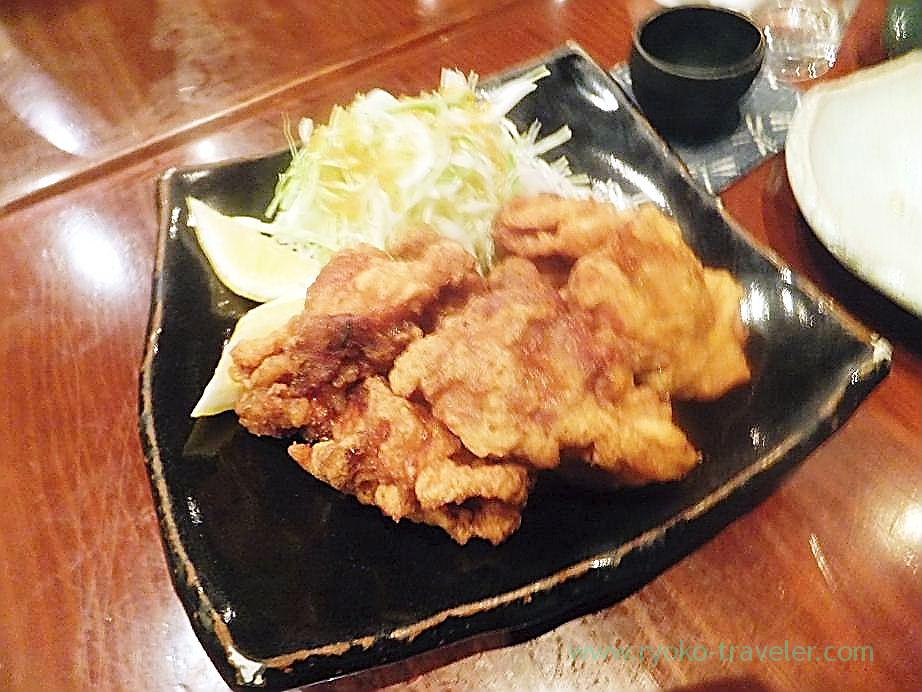 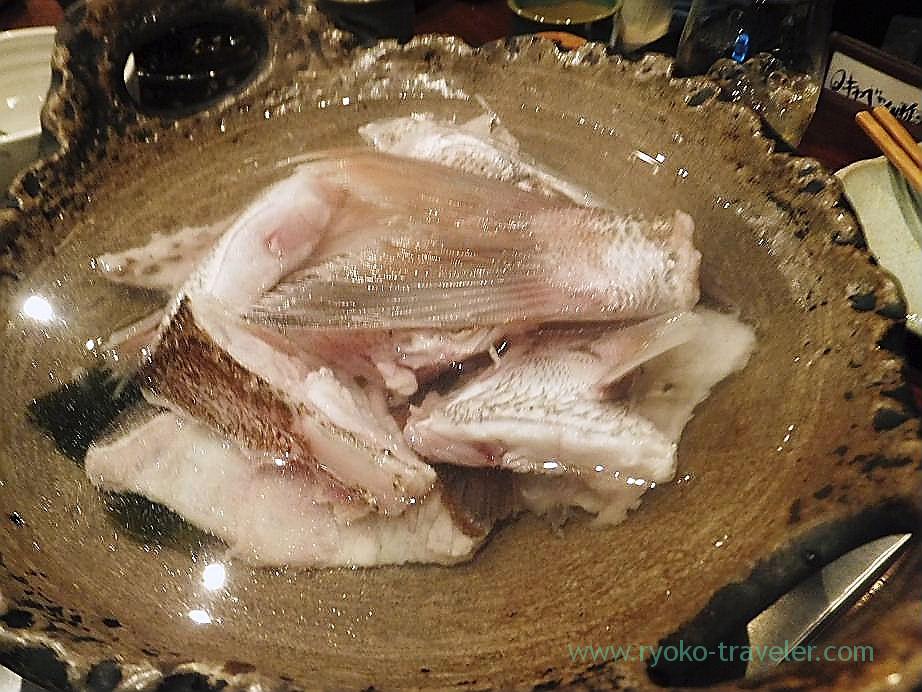 Last time my slice of fish wasn’t enough boiled, so, I took my sea bream into boiling water more a little longer.
It was just ! 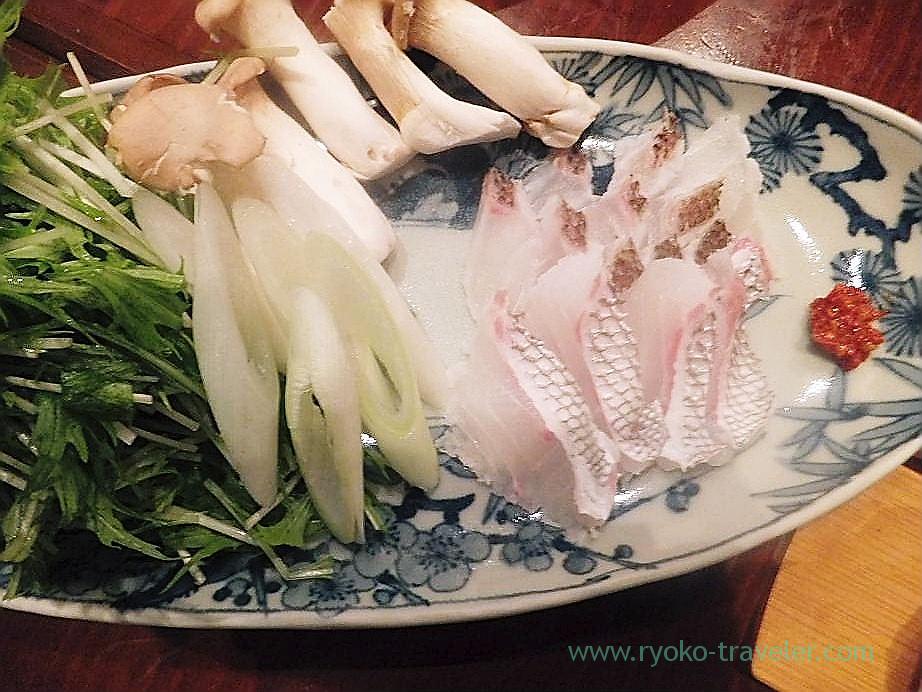 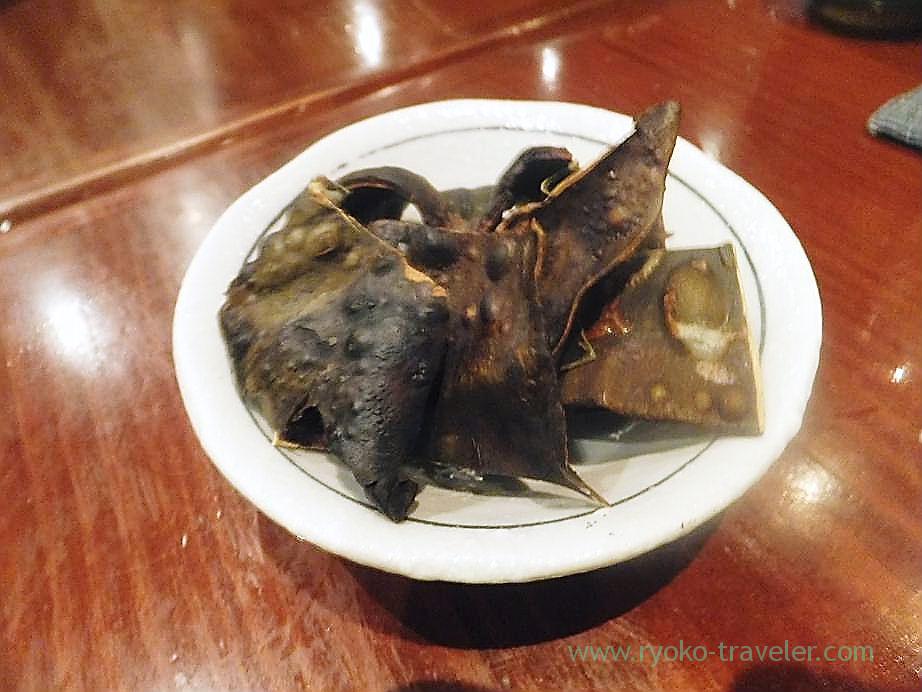 Sakura shrimps were crammed in the round greeneyes’ body. 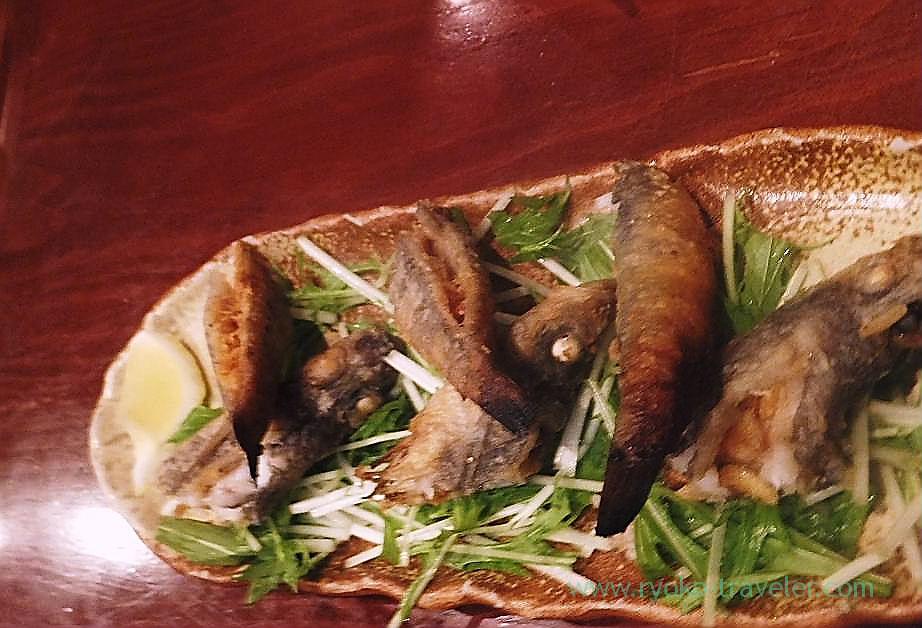 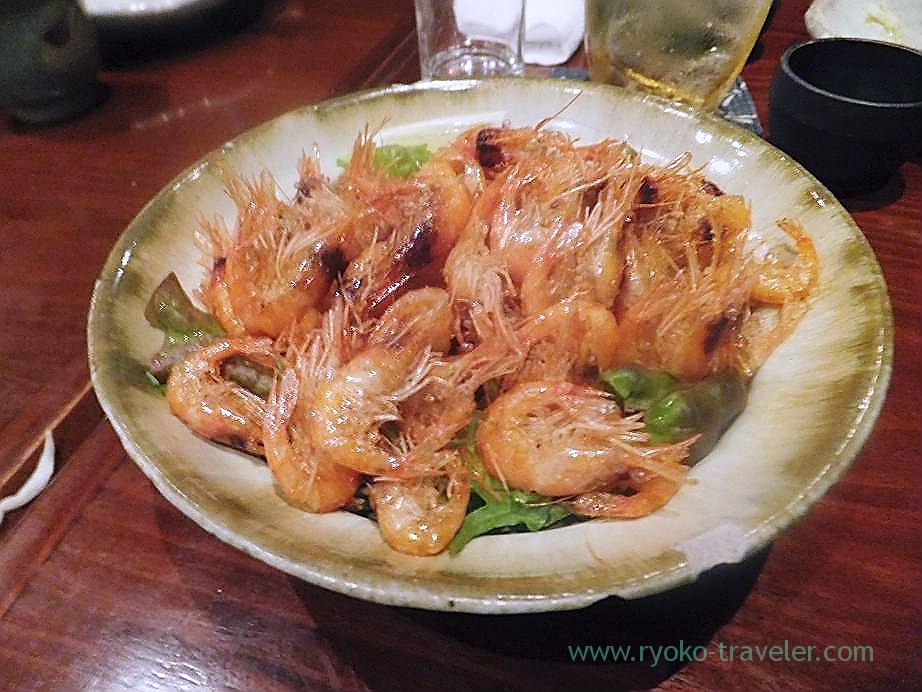 At last, I gave up taking good pictures, but then my pictures become good.
I was too nervous about my faint hand shaking, so more shaking 🙁 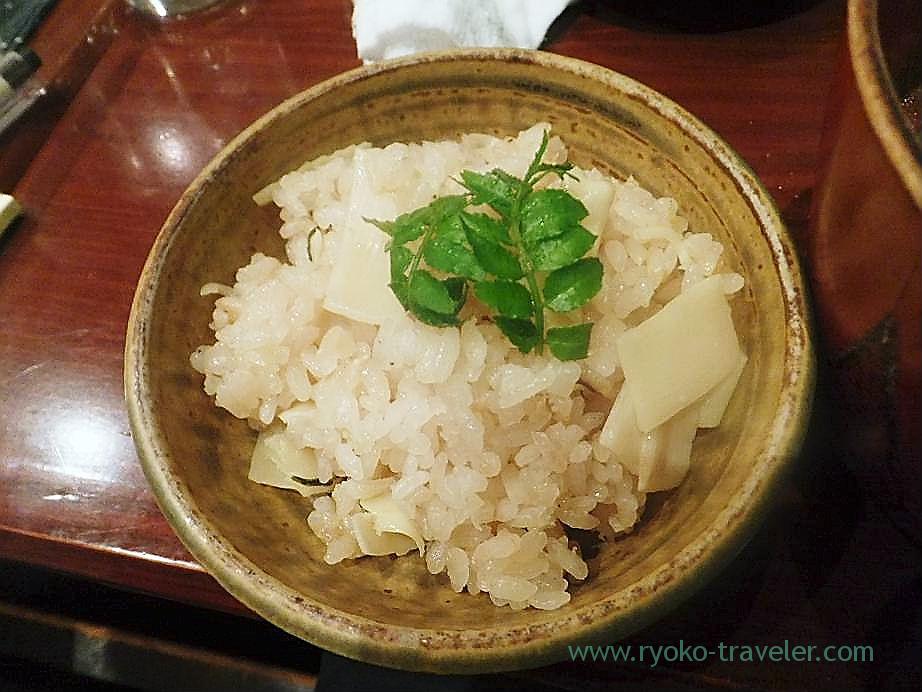 There were much sweet and flavor of sea bream.
Clear coup (お吸い物)
I felt amazing taste :O 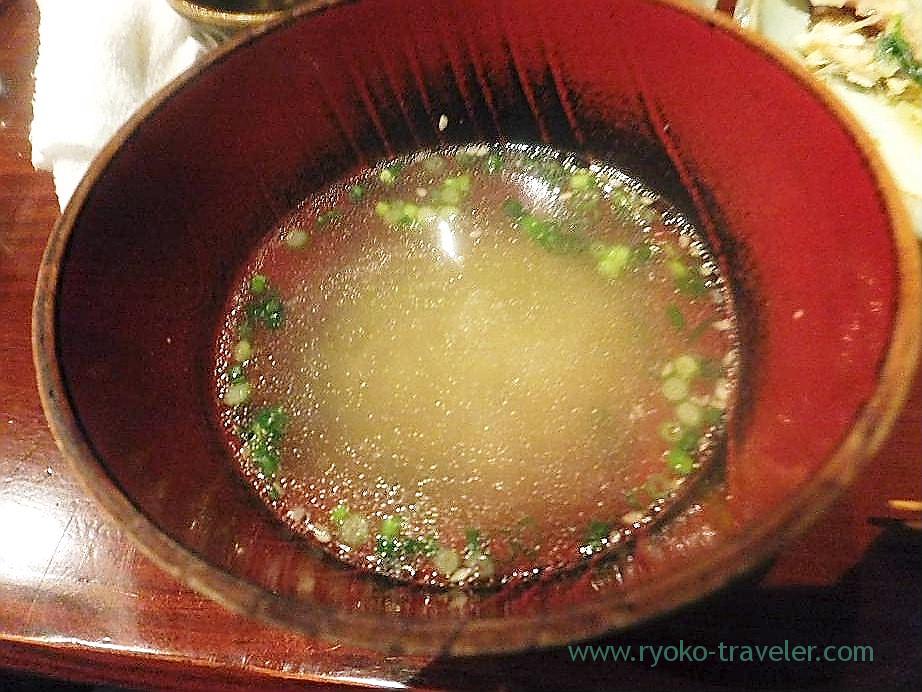 Ume liquor named Prucia (プルシア). The liquor have sweet smell and taste :O
I don’t know such a ume liquor. It is like western liquor. It is excellent ! 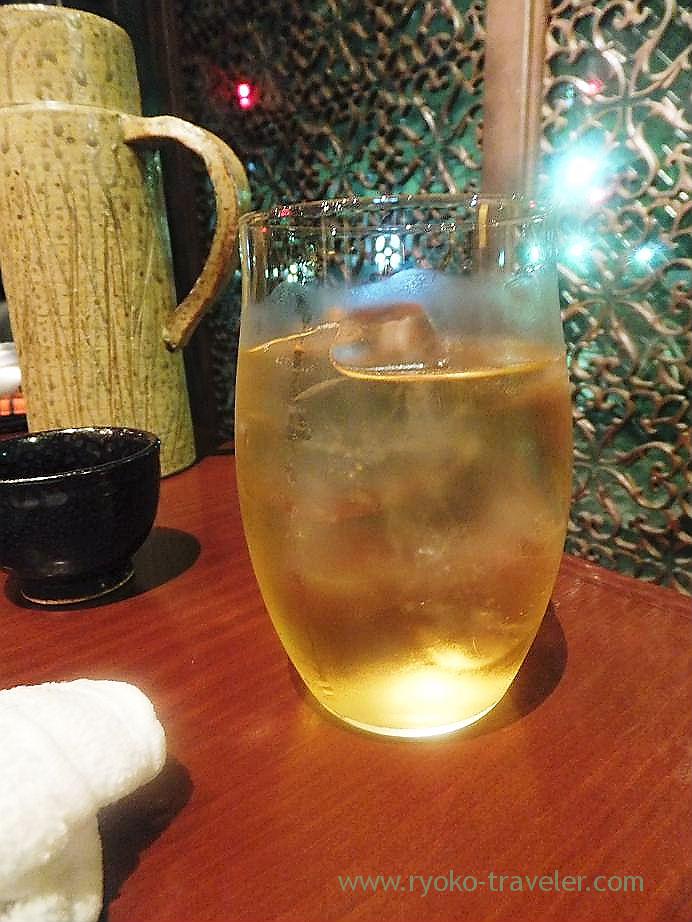 Its bottle was stylish. 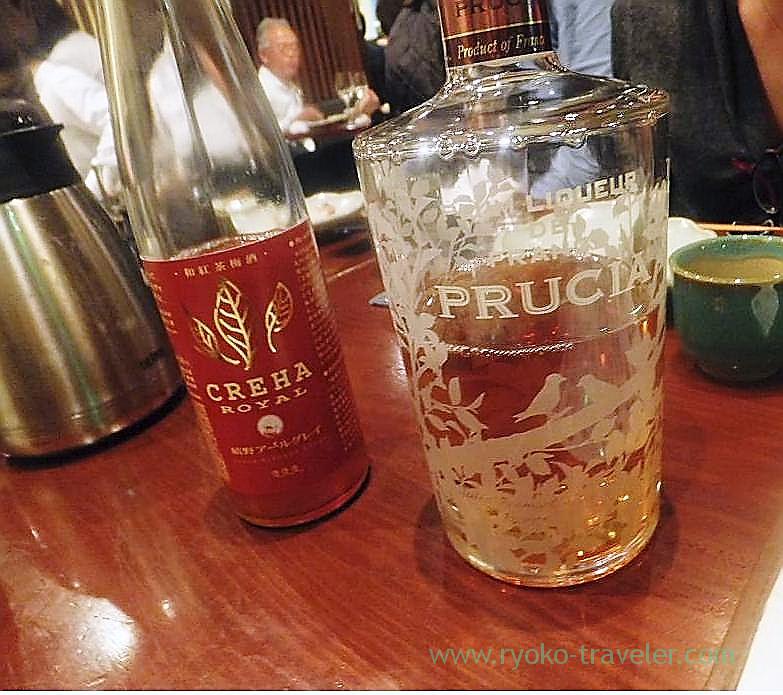 I wanted to drink CREHA ROYAL, too. So a water brought me both bottles, and let me smell these liquors 😀
CREHA ROYAL have smells of brown tea. It seemed yummy, too.

I found PRUCIA is at the store. So I’m going to buy one :D.

I felt it was inexpensive for eating these dishes 🙂

Well worth going only for this restaurant. Speaking of Indian foods can be eaten in Ginza area, I know Dhaba India and ...

Notice : Dilani's Sri Lankan Curry quit her business and went back to Sri Lanka. (May, 2014) Dilani-san's curry i...

Notice :The restaurant was closed down because the cook passed away. I really loved his dishes, so I was at a loss. (3rd...