Last month, my friend invited me to Yamadaya again 🙂 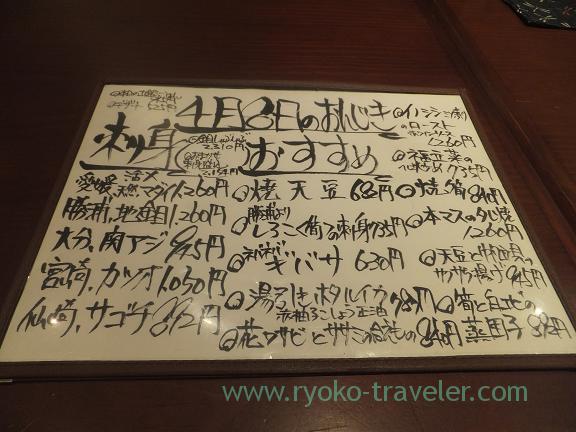 In April, it is a season of bamboo shoot and cherry salmon 🙂
Truthfully speaking, I was so busy and I had much to do at office.
But I left my work and went to Yamadaya 😛 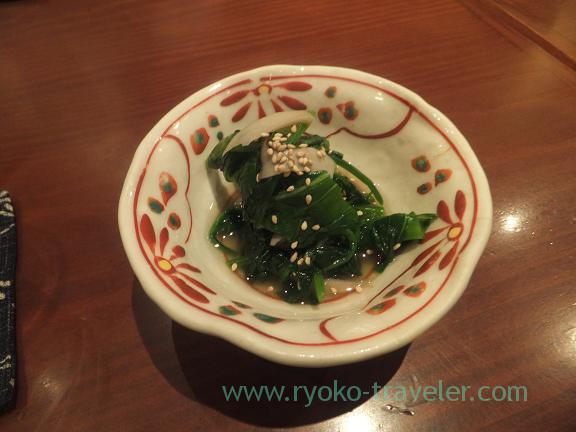 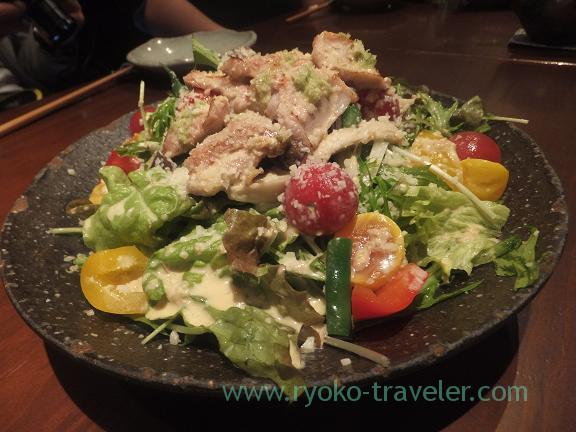 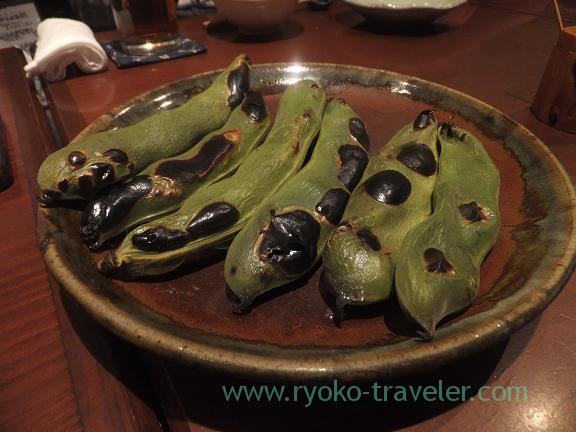 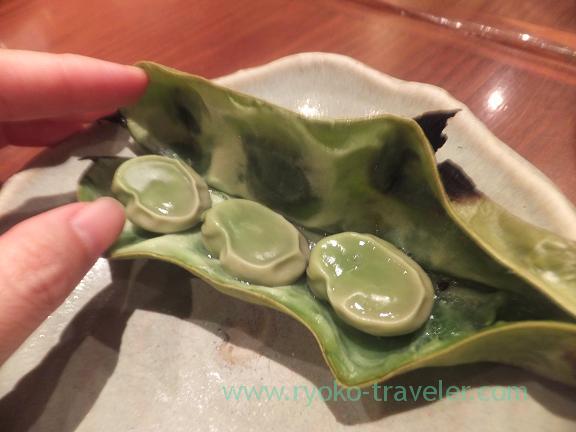 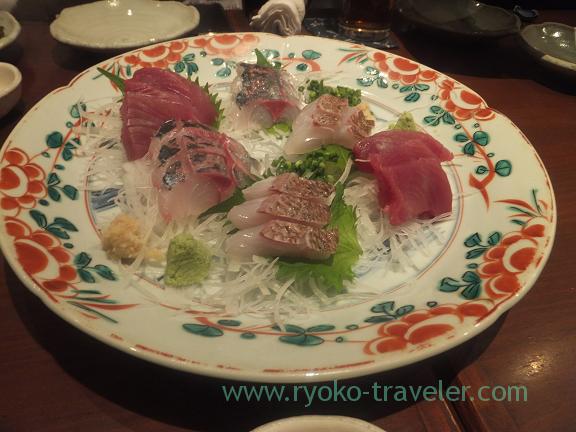 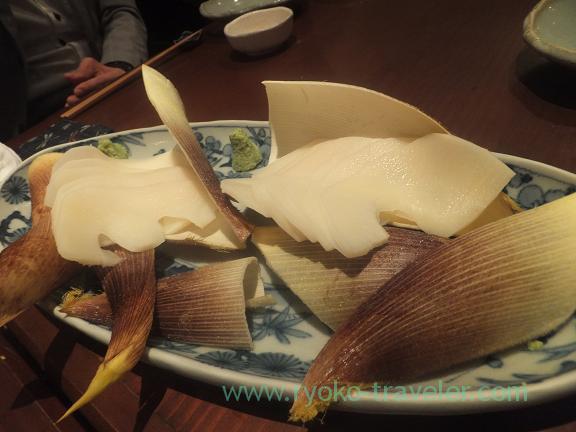 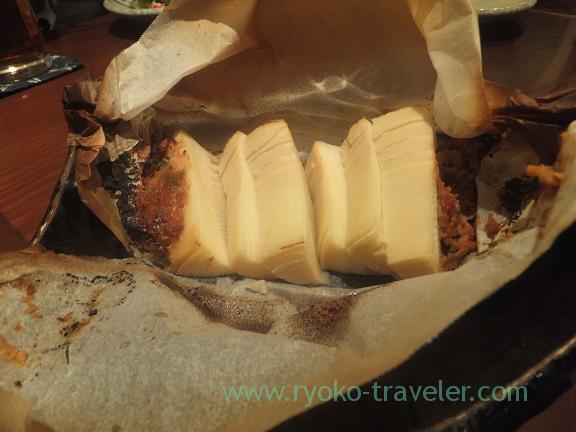 Raw bamboo shoot was fresh and tasty, but roasting makes it sweeter and softer 🙂 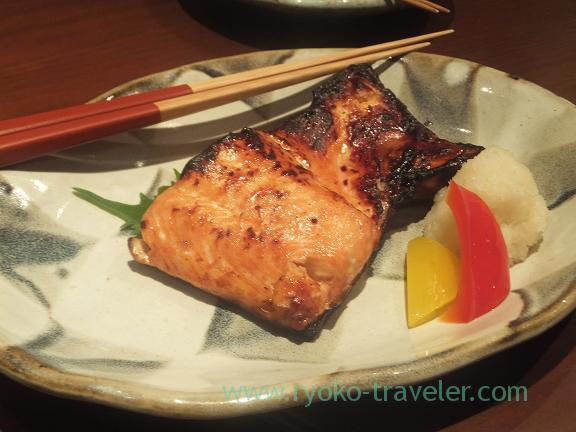 I expected that I could eat more cherry salmon, but it was only dish on the menus … 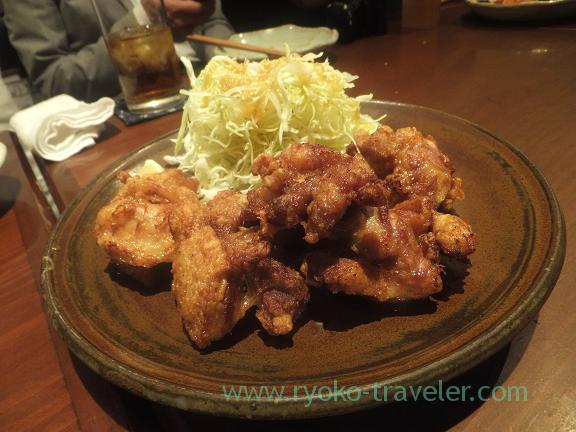 I want to eat such a nice karaage at lunchtime on workdays. 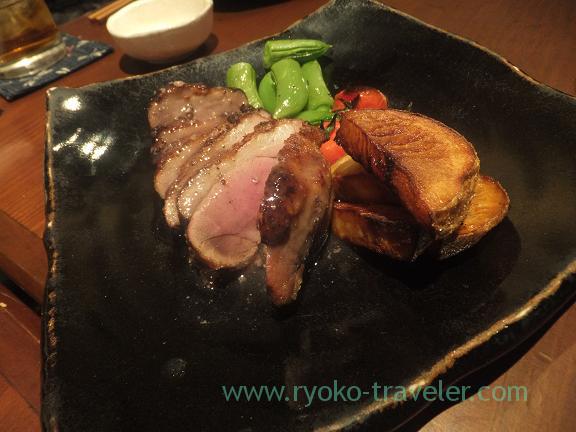 It had not any bad smell. Goooood 🙂
But the wild boar was pickled with miso. Still more it was seasoned with strong red wine sauce.
So it is difficult to remove bad smell from wild meats. 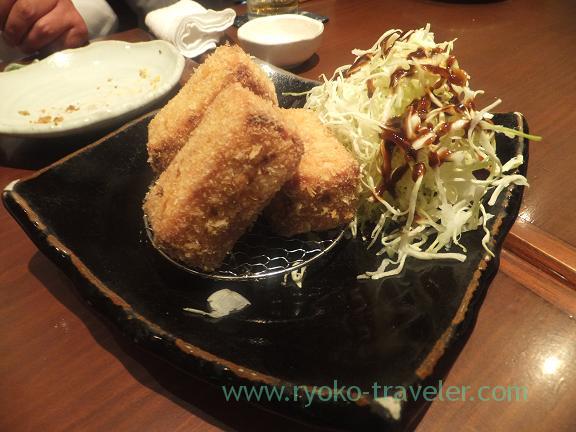 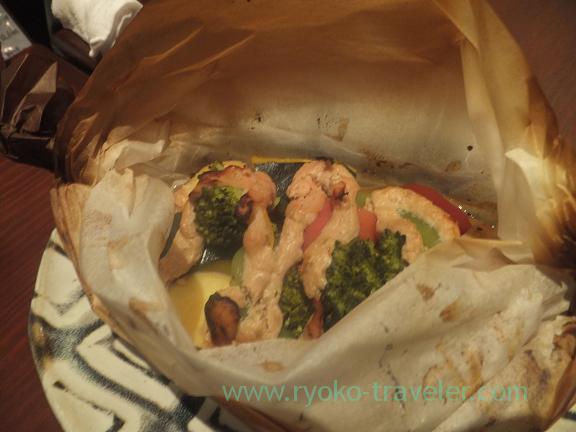 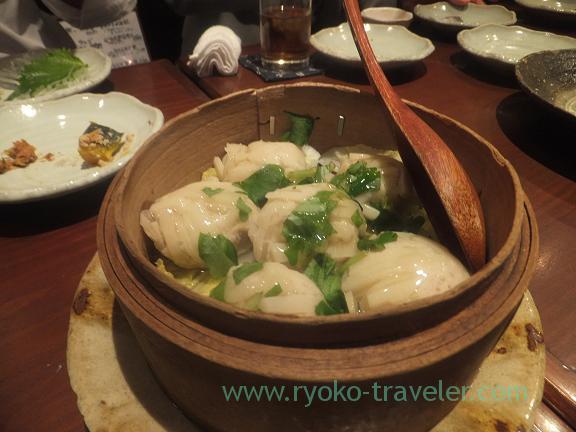 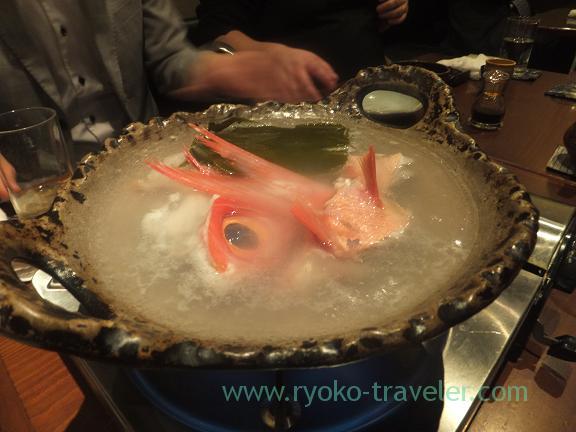 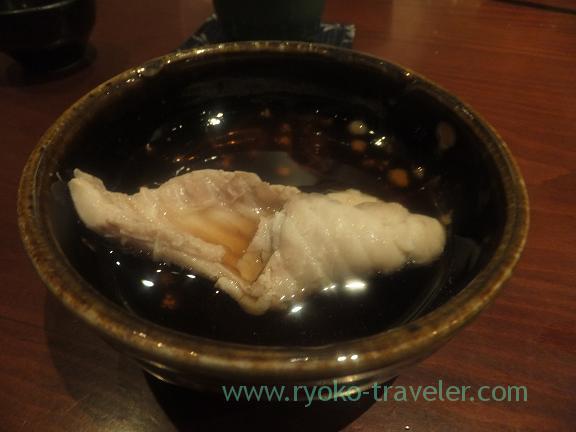 Dipping slices of the splendid alfonsino into the boiling water. 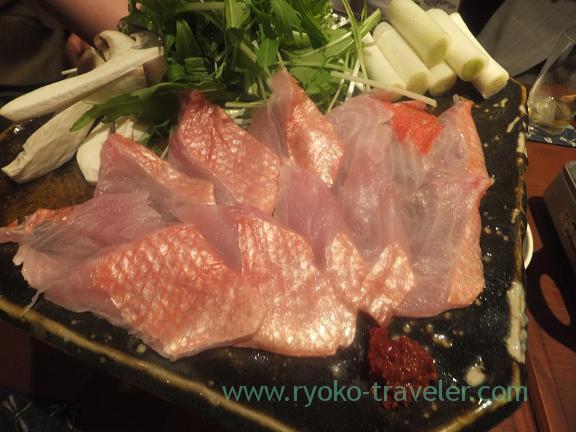 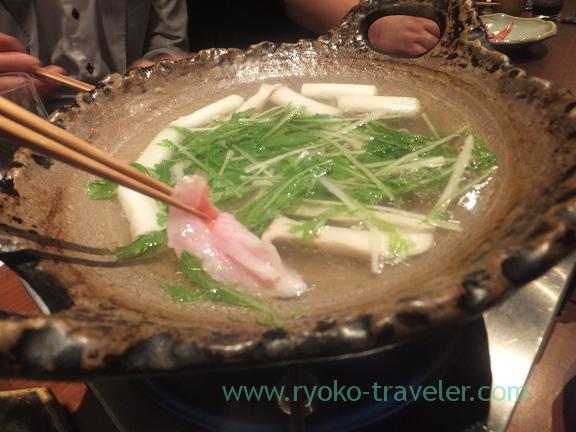 And eating made me so happy. 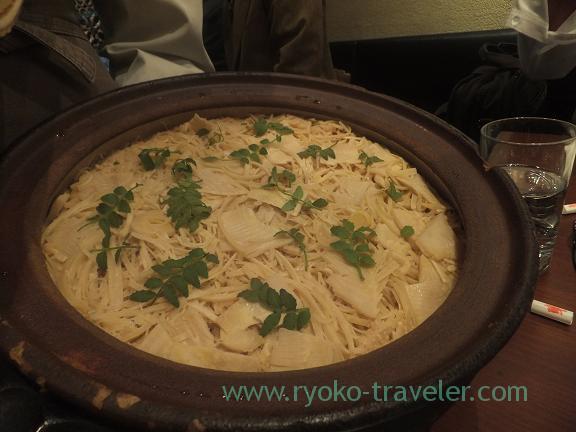 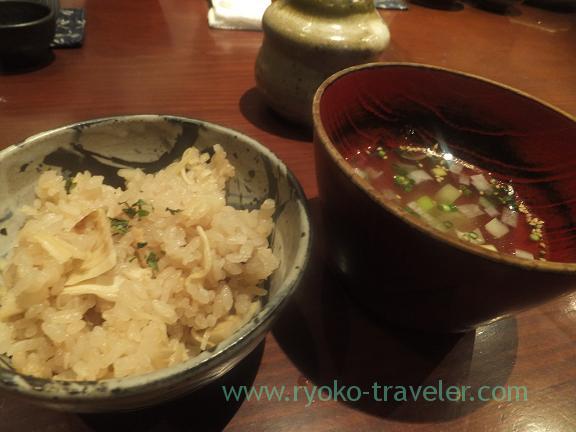 I ate much delicious dishes and I went back to home with happily.
But I had to work more hard next morning 😛

We enjoyed hotpot party to the full ! Fujimura has started to serve hotpot dishes, so we went to there to eat hotpot. ...

About four months have passed since I visited Yonehana last time. Because it's hard for me to wake up early in the mor...

I tried Aun again ! Finally, I ate at Sichuan Dandan noodles AUN that I couldn't eat before because it was holiday!!...