And I found Work Inn Taipei (窩客國際旅館) just close to Taipei station. Though we Japanese use Chinese character, this character “窩” is not common.
It’s located very close to Exit A8 of Taipei station.
Also Tim Ho Wan that won single star of Michellin is close to the hotel, so it’s good location. 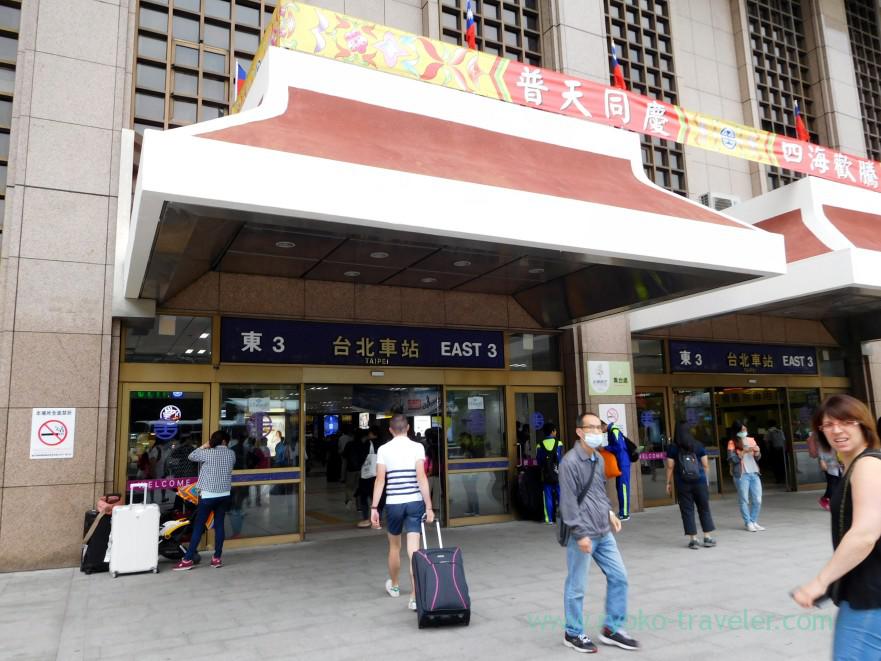 This hotel occupy on 8F – 9F floor of the building.
The front desk is on 9F. So, at first, I went to 9F floor with the elevator.
There’s dormitory and women’s only area on the 9F. And another is on 8F. This picture was taken on 8F. There’re private rooms. 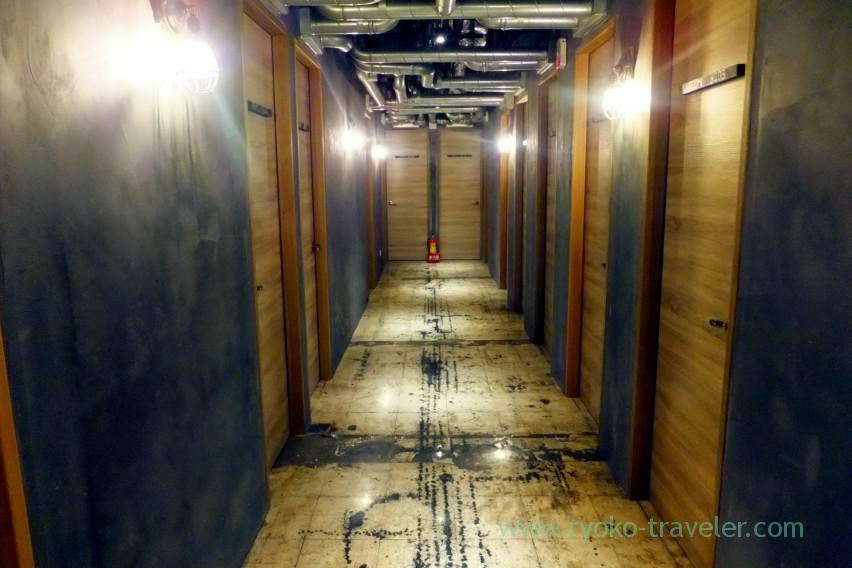 My room was too narrow. There’s a bed and small table only. There’s a TV hanging on the wall and I could watch TV from the bed, but because of thin walls, there’s no speaker and I had to hear with headphones. And the lightning is dark. It’s like cave. But it cost me 1300 TWD. Inexpensive ! 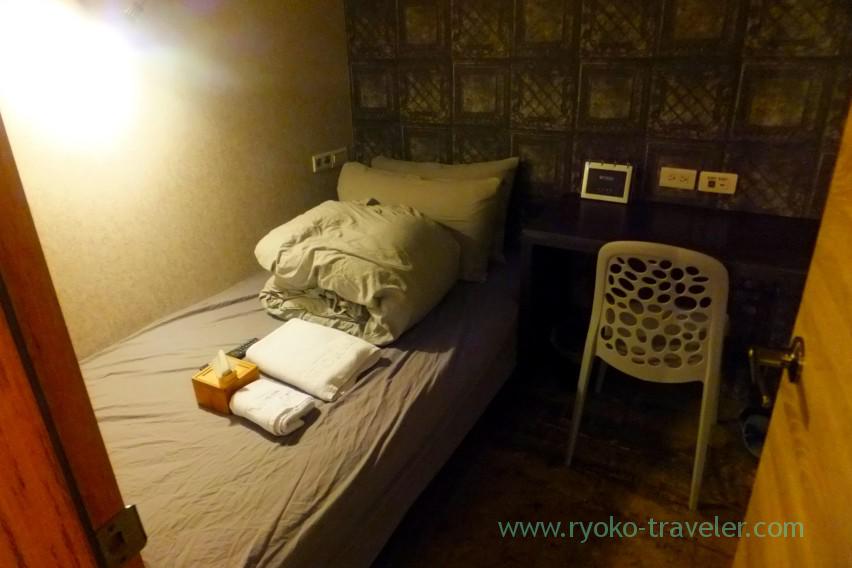 Somehow elevator don’t stop 8F. So, people on 8F have to go upstairs to 9F and use elevator to down for going outside. It’s inconvenient a bit.

Also, refrigerator, loundry, kitchen, table is on 9F.
As a whole 9F floor is bright and convenient. I think dormitory on 9F is better than private room on 8F.

Especially, I recommend ladies use dormitory or private room within women’s only area on 9F. Because men and women have to share shower and restrooms on 8F.
And shower room’s door is frosted glass 🙁

*  Very close to Taipei station. If you get out from A8 of Taipei station, you don’t have to get wet in the rain.
*  Inexpensive even though such a good location

If you check my impressions about the hotel, this hotel is bad. But they are attracting because such a good clocation all the same. And they are clean.
I want to stay in the women’s floor next time. That floor looks very comfortable.

Huge night market embarrassed me. Well, what I ate at Ruifeng night market after all was... Though I wanted to eat y...

Comfortable square. After I had lunch, I went to National Chiang Kai-shek Memorial Hall. The square is vast...

I posted about Gong Zheng Bao Zi (公正包子) in Hualien before. Today, I post about 周家小籠包蒸餃 next to 公正包子. 公正包子 had a long ...

I had breakfast at A Chuan Oyster Omelet (阿川蚵仔麵線) close to Ningxia night market. Of course, I wanted to eat their spec...

There's a douhua shop named Beans Village (豆花荘) close to Ningxia night market (寧夏夜市). I always eat at the shop when I v...

Speaking of Hualien, wonton soup is their specialty. Wonton is written "餛飩" in Taiwanese, but in Hualien, it is written...
(Closed) Matsuzaki Senbei (松崎煎餅) in Ginza
Hui Tou (回頭) in Makuhari