Finally, I visited to Japanese soba noodles “Tsuta” that was my longing ramen shop.
Some of my friends love this shop and I knew this shop very well because my friends told me about this shop a lot. 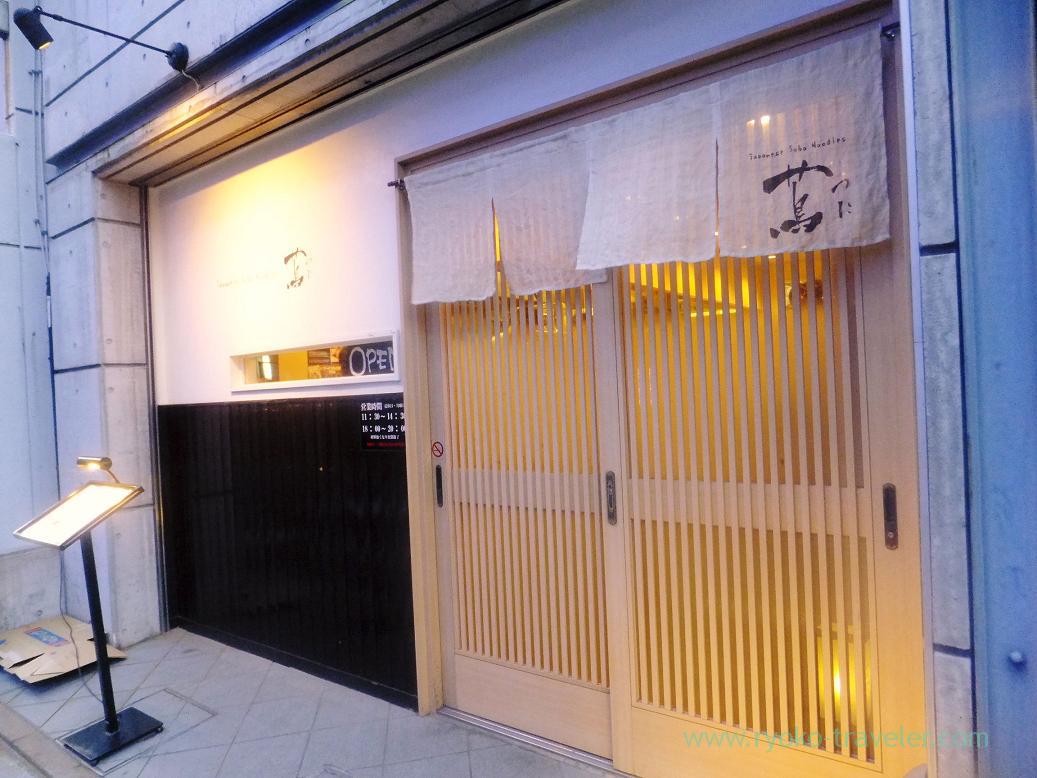 Sugamo is so popular place as Togenuki Jizo and Sugamo Jizo-dori shopping street and it is said to be like Harajuku for older ladies.
This was my second visit there.
I remember. First time was when I went to Koganji temple to see Togenuki Jizo.
http://www.ryoko-traveler.com/koganji-temple1/

I didn’t know Sugamo have such a splendid ramen shop that time.

The appearance is like soba restaurant or sushi restaurant.
People who don’t know this shop might not believe that this is ramen shop.

When we got to there around 6 p.m., there were already about 15 people waiting.
Maybe there are many complaints about the line from their neighborhoods.
The staff watch the line so frequently and once people stick out of the site, the staff point out to them. They are so nervous about control of the line.
I know recently some popular restaurants couldn’t help but closing their restaurants because of much complaints from the neighborhoods 🙁

We waited for 30 minutes or so. We entered the shop.

Only counter table is active. There’re also square tables, but it don’t work and baggage is put on the tables.There are only three men working there including watching people waiting outside.

As soon as I entered the shop, I bought a ticket of soy sauce ramen with a boiled egg (味玉醤油そば, 850 yen) at ticket vending machine besides the door.

The manager of this shop’s father was owned ramen shop named “Nanae no aji no mise Mejiro (七重の味の店 めじろ)” in Fujisawa (it was already closed).
The manager named his shop Japanese soba noodles Tsuta because he want people recognize that ramen is Japanese traditional foods, not fast and junk foods.

His ramen don’t have any chemical seasonings. He particular about every ingredients from flour to salt.
The soup have ShamoRock Chicken
This clear brown soy sauce soup have extract of Aomori ShamoRick chicken, asari clam and another fishes and vegetables by boiling for a long time. Artistic food ! 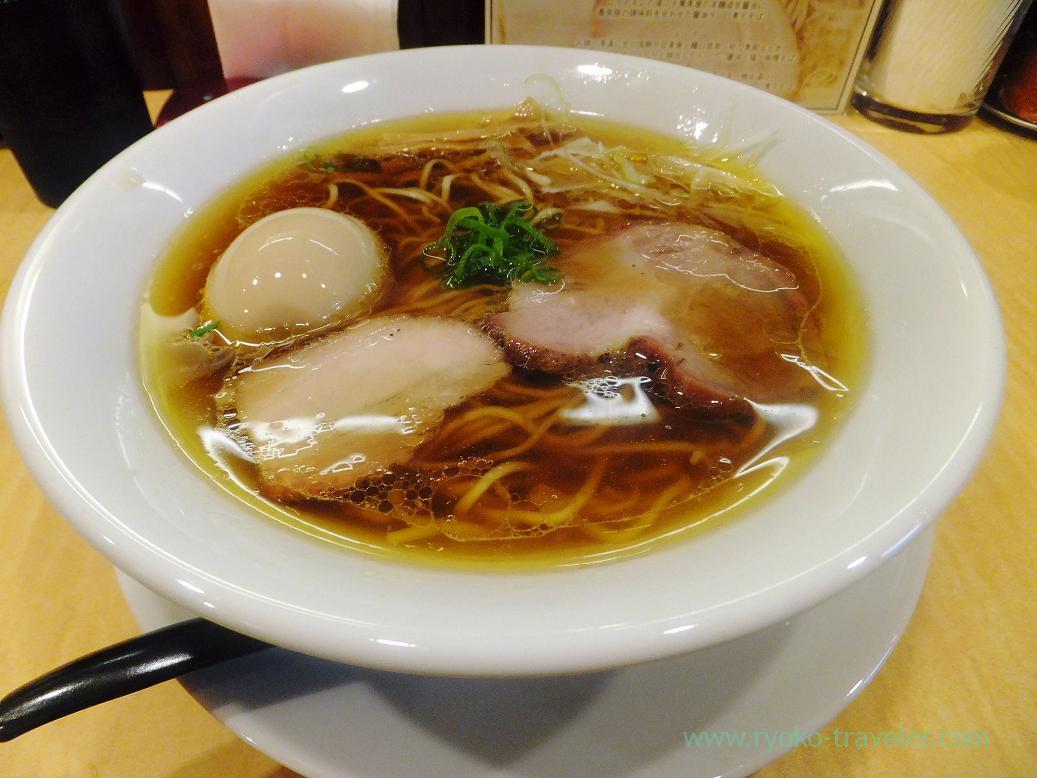 Hanging up noodles by the chopsticks,  I smelled tasty dried sardine 🙂 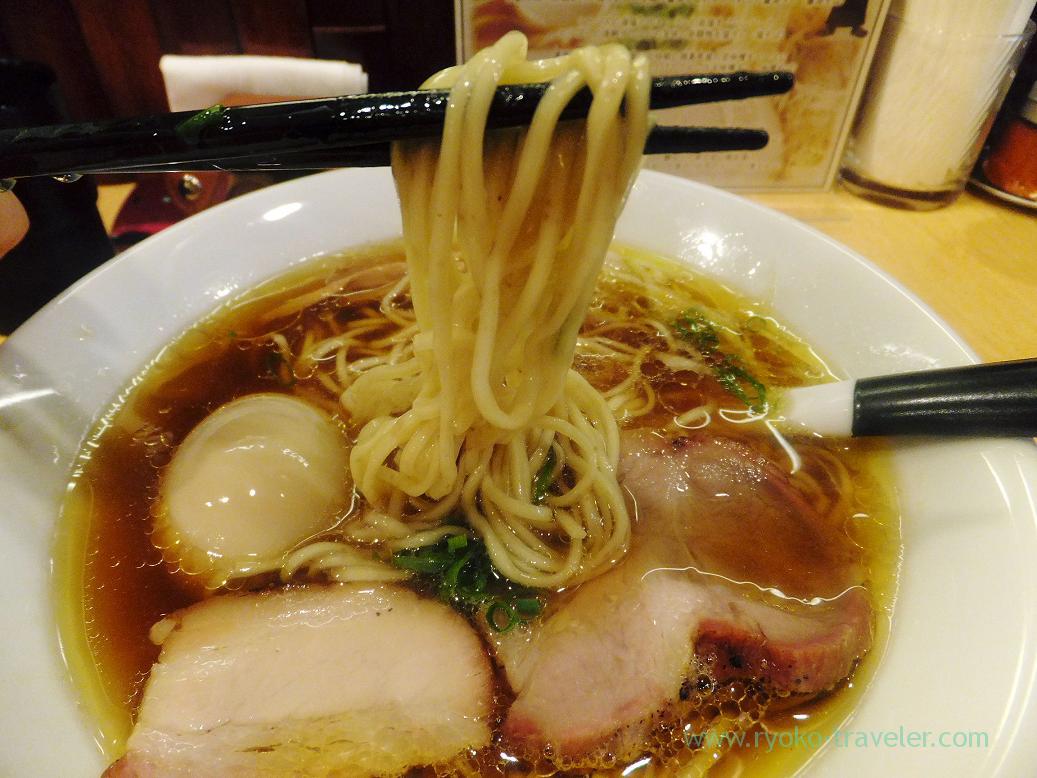 Translucent amber soup was sooooo tasty. It had a taste of chickens fat and dried sardine.
The soup tasted like soba soup. Soba taste and ramen taste came into my mouth simultaneously. I never felt strange.
It is a masterstroke !

Those ingredients were good, but I thought I don’t need any toppings on it. Soup, and noodles. I needed nothing else. 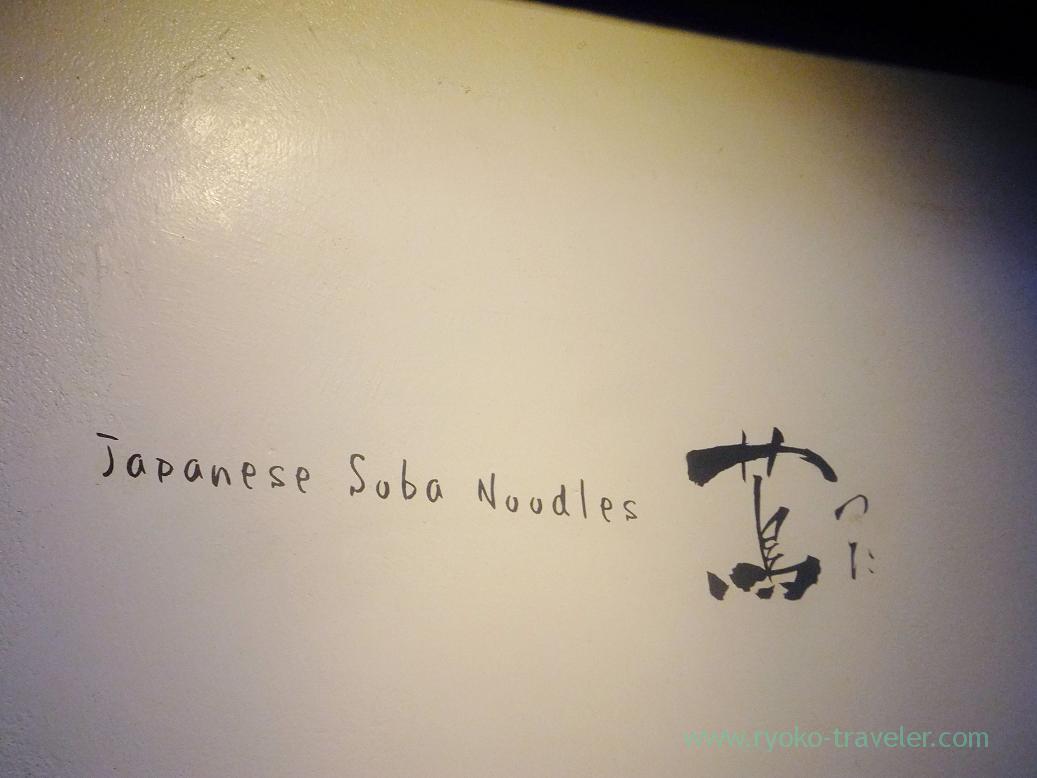 This ramen is the most delicious ramen for me that I had eaten ever. Without doubt.

GINZA SIX is open ! Ginza Six started their business in April. Though I wanted to go there soon, there were so many pe...

(Notice) This Tsukishima branch of Hajime Sengyo-ten already closed. Tsukiji head shop is still on business. If you wan...

My friend got valuable coupon ticket at coupon site and she invited me to the restaurant with her tickets. The restauran...
Tsukiji Market : Kanikoro at Odayasu (小田保)
Santokudo’s taiwan-style kakigori 2013 (Ginza)