I used the toilet in Funabash FACE Building the other day and I found the restaurant that is usually crowded was empty, so I took lunch at the restaurant. Though I wasn’t so hungry yet 😛 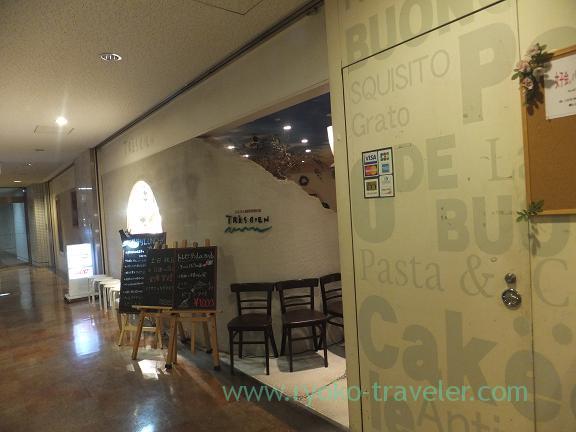 Because it was lunchtime, every sets were valueble.
Spaghetti, drink and cake – around 1000 yen in all.

The wall, ceiling and floor is white, and it looks like cavern. Stylish. There is a branch in front of Chiba station, but that is too old.

I could select a spaghetti from some menus, and I choiced a spaghetti with uncurd ham and asparagus. My drink was coke ! 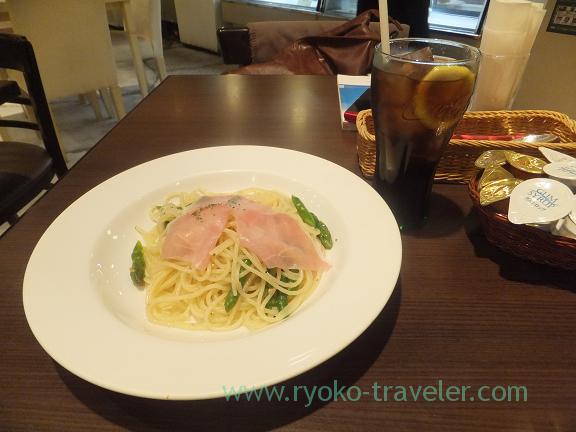 Though I don’t like carbonated drinks, coke and Fanta grape is an exception !

Three slices of uncurd ham was thin, but wide. The asparagus was tasty, too. It was well seasoned, but someone may feel salty. Because uncurd ham itself have salt. 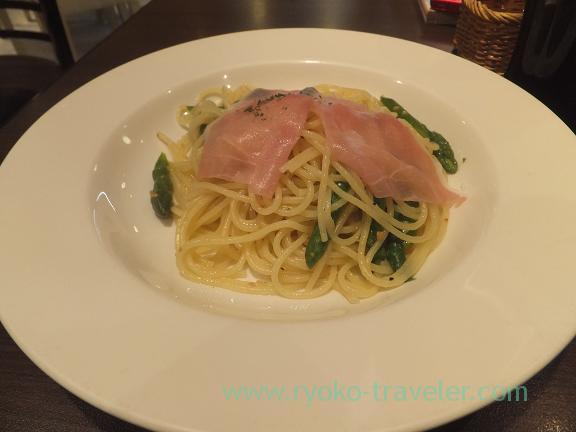 The spaghetti was tasty. Though it was not al dente. In fact, I don’t like my spaghetti al dente.
Also I like my udon too soft 😀

Cake after the meal. I could select one from salads and cake, and I selected a cake. 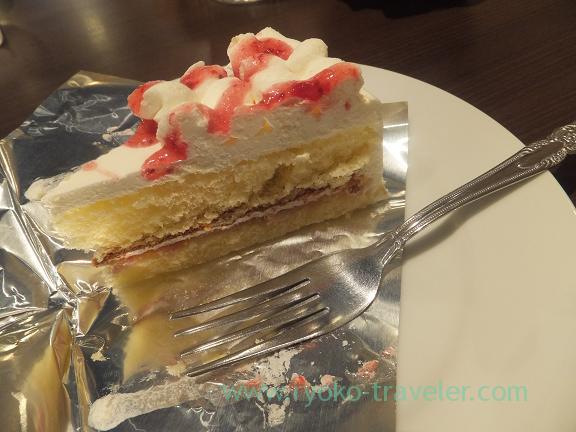 It was not good ! The jam on the cake was toooo sweet ! It disturbed me !
So cheap taste. I should have ordered salads 🙁

The waitress gave me voucher of one cake when I paid. NOOOO !  50 yen discount ticket is better for me :P.

Jyurojin, god of long life. This post is a sequel of my last post about Visiting Narashino shichifukujin. I walked...

Because I had nothing to do on last Wednesday's lunchtime, I went to Sushi Sho that is fancy sushi restaurant in Yotsuya...

Attracting building having picture of sardines. As for sardines, I remember grilled whole dried sardines above all. Sas...
Oysters came from many place ! (Tsukiji)
[Matsuhidai] Shirakawa ramen at Tora Shokudo (とら食堂分店)