We had tea, walked around Shinbashi and manga cafe for killing time until the opening time of Toyotaya.

Without this izakaya, I would not have got off the station forever. 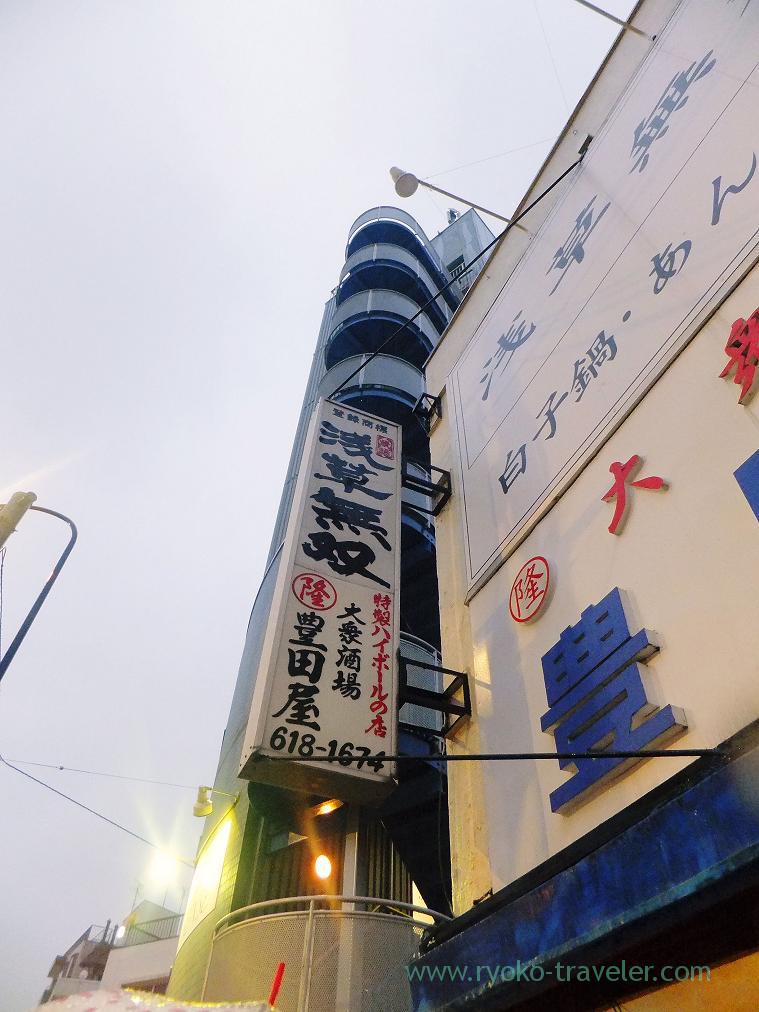 This was the second time to visit there this year !
http://www.ryoko-traveler.com/toyotaya2/

Every tables were reserved. 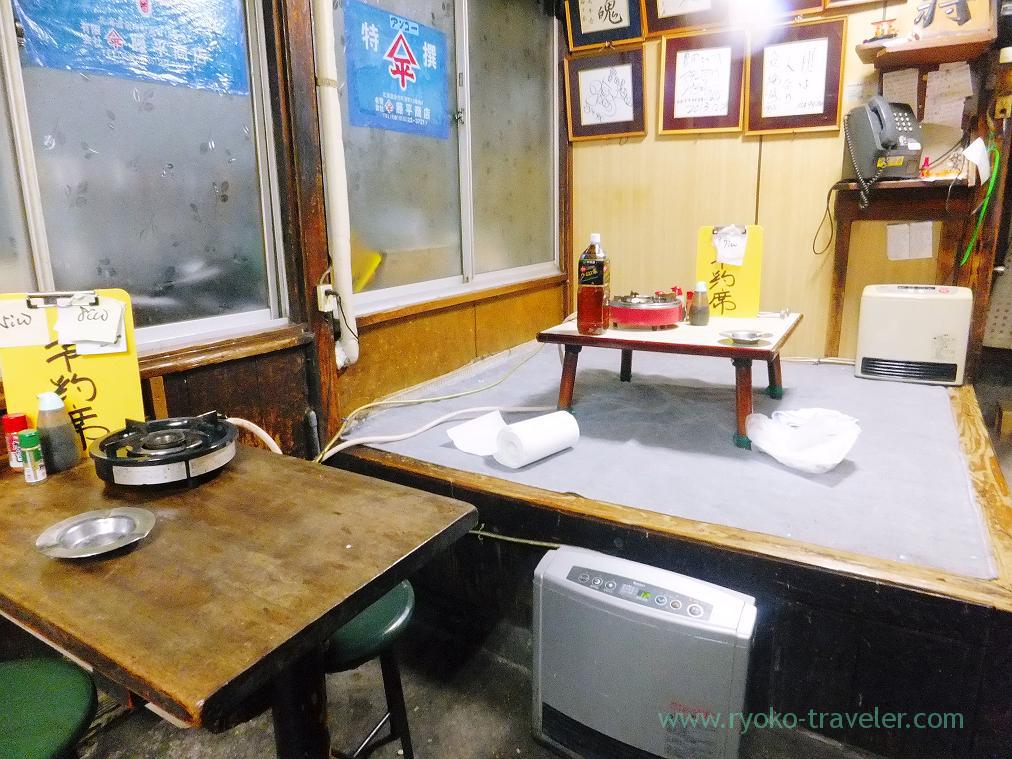 Those yellow boards are signs of reservation.
Reservation signs were pieces of corrugated cardboard before 😛

The long counter table was nearly full just after its opening time. 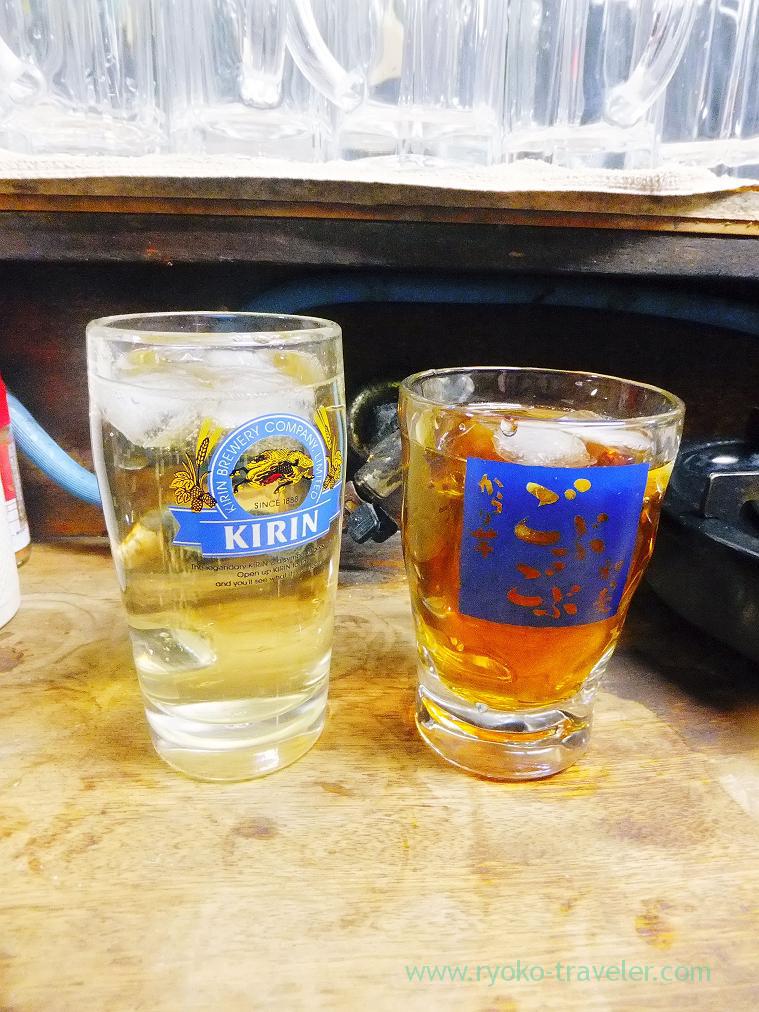 Toyotaya is so popular as hotpot that is called “gout hotpot” containing soft roe, monkfish liver, oysters and so on. But the also serve tasty sashimi, too. 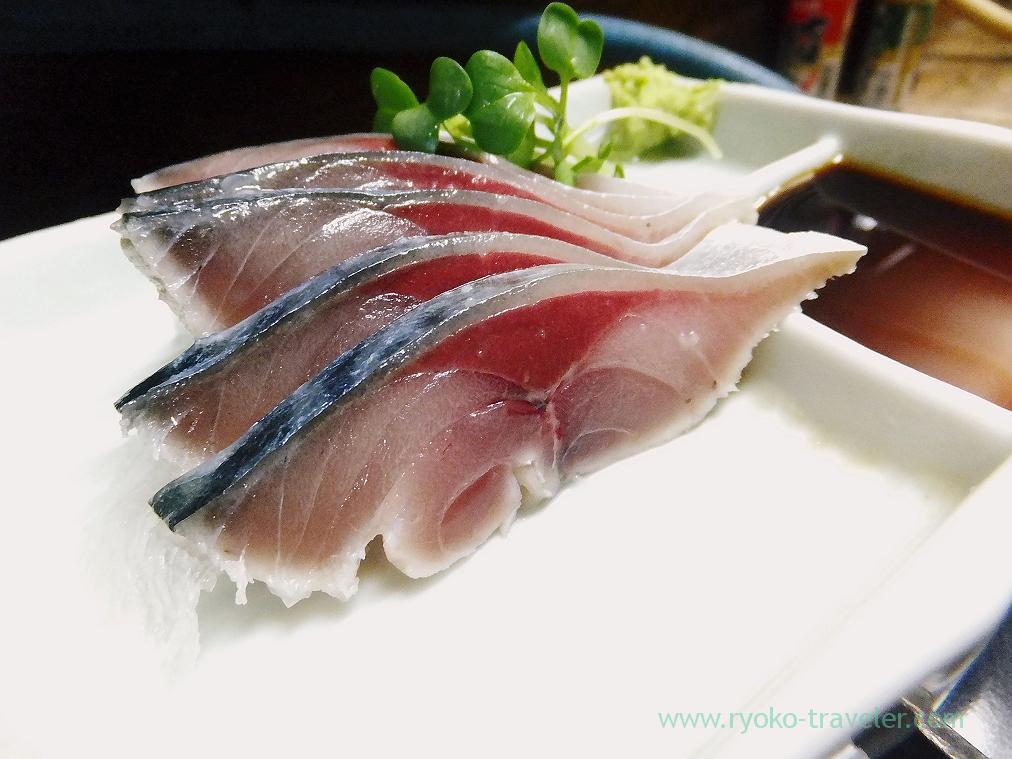 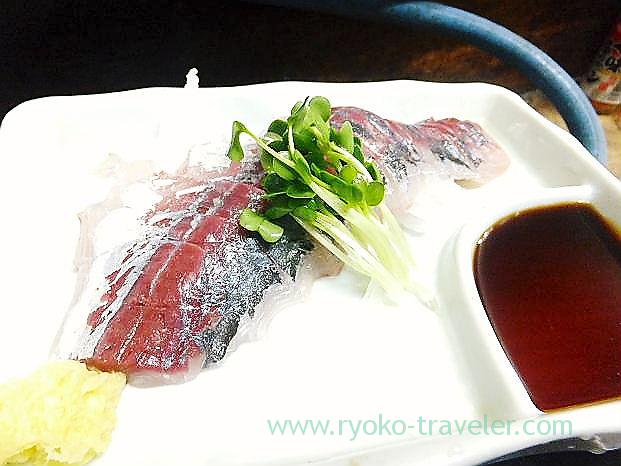 After a while, our hotpot came. 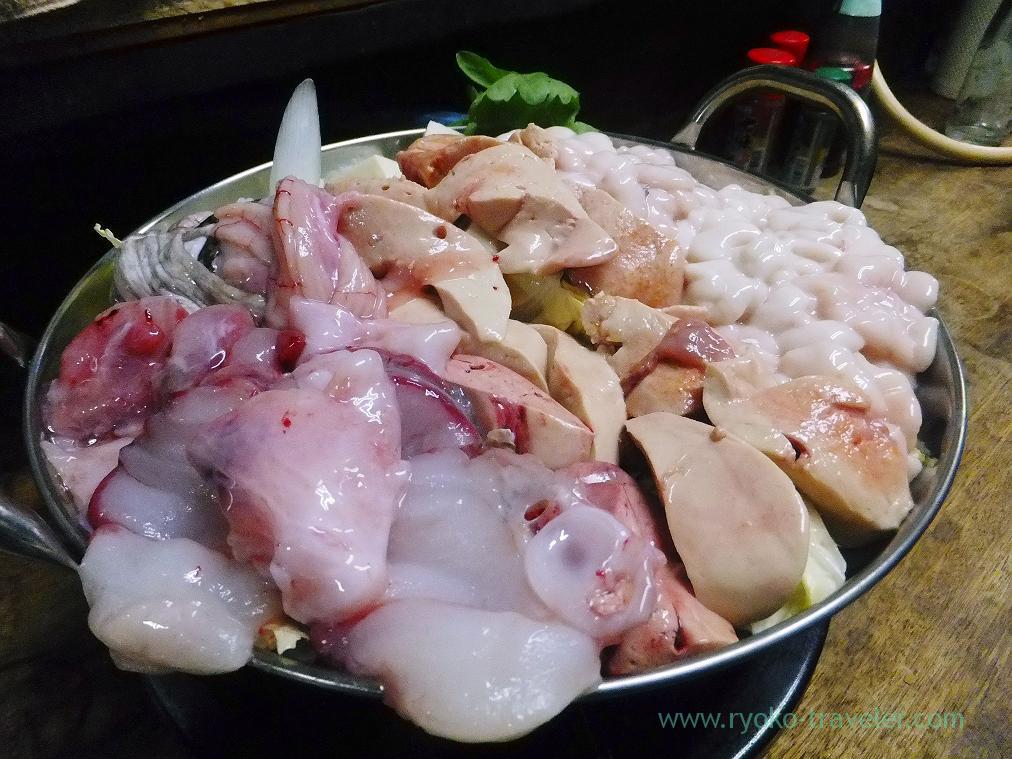 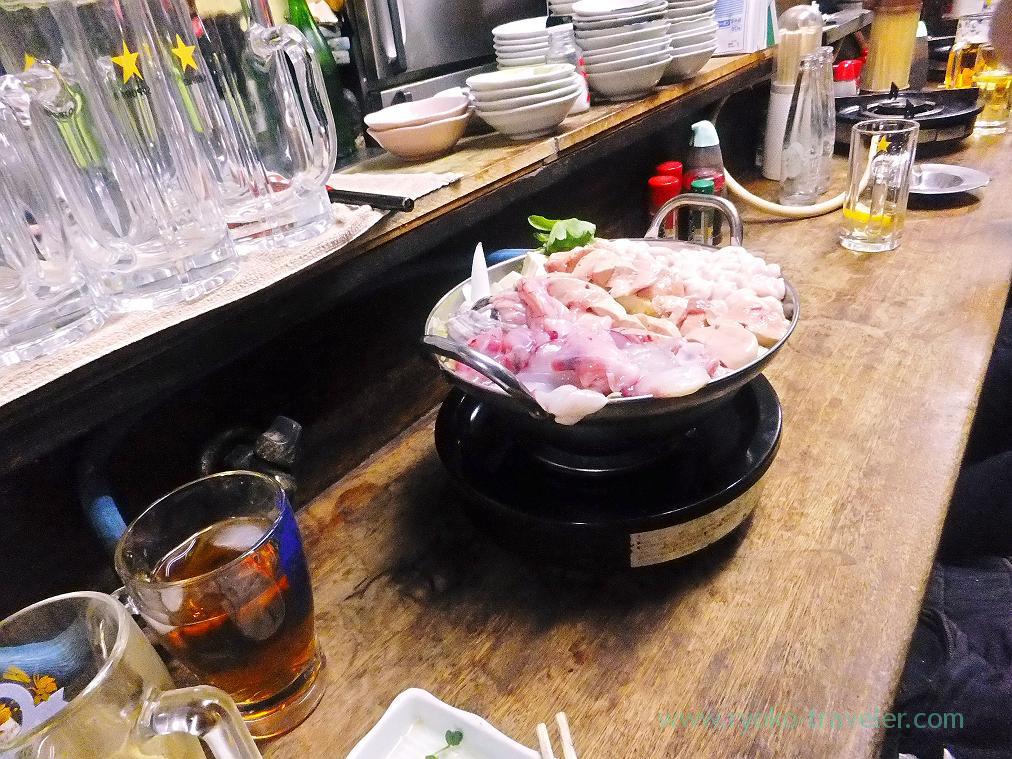 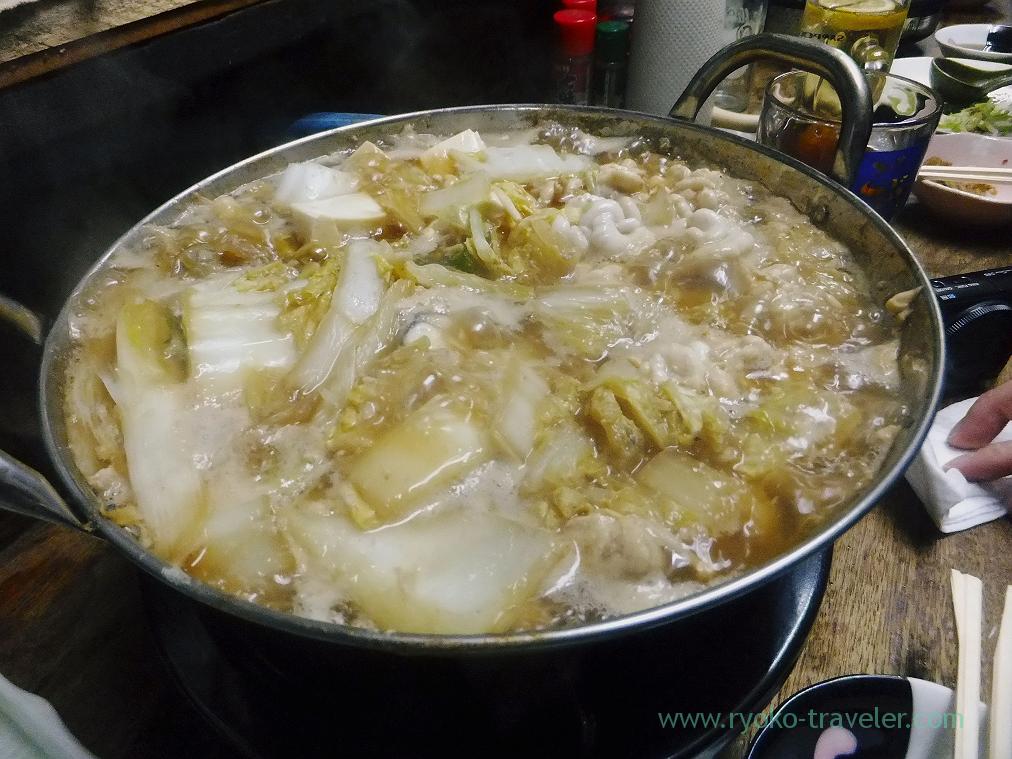 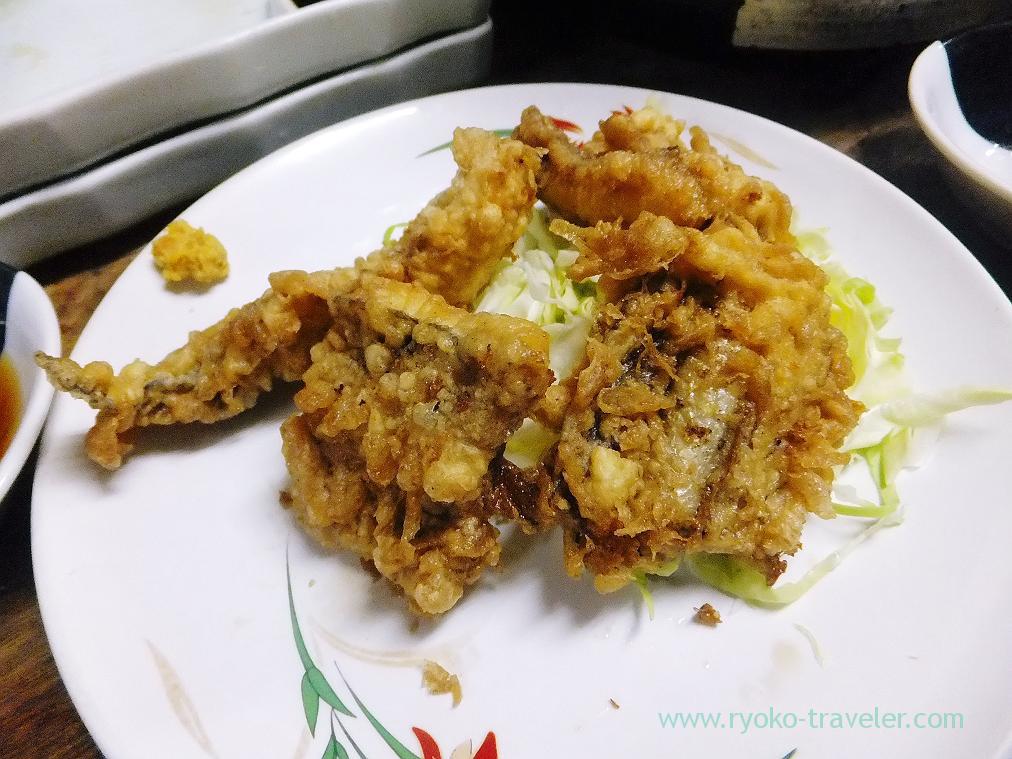 Its coating was not seems tempura. But those conger eels were soft and tasty.

After a while, the chef said that our hotpot is completed.
Look ! This fine soft roe ! 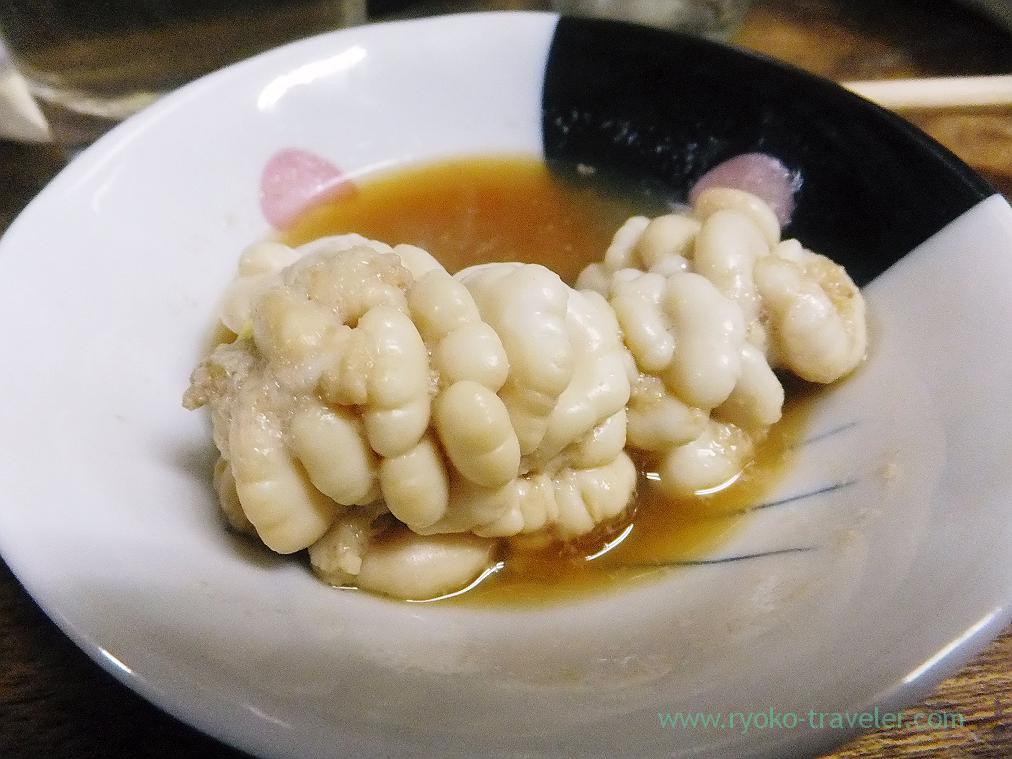 By the way, now I am scared of getting gout 😛
I know women are less prone to gout. But I am eating such foods too much. I often eat mentaiko, too. I’ll take care.

Speaking of souvenir of Ginza, we remember leaf pie of Ginza West is the best choice as luxury confectionery. Though I ...

Shungourmand is a dining bar serving various awesome meats I had wanted to go a dining bar close to Hacchobori statio...

Great gift from the earth. Finally, I went to Chidorigafuchi moat to see cherry blossoms this morning. Though it wa...