There’s a lunch spot close to Kachidoki Sta. that I had wanted to visit for a long time.

The spot’s name is Kachidoki Sun Square Bldg and it’s like ghost town.
The building is clean and still new.But there are always few people.
But it have about 15 restaurants and many of those shops open at lunchtime.

Thought I had wanted to try those shops, I hadn’t been there.

Among them, I had wanted to try this shop very much. 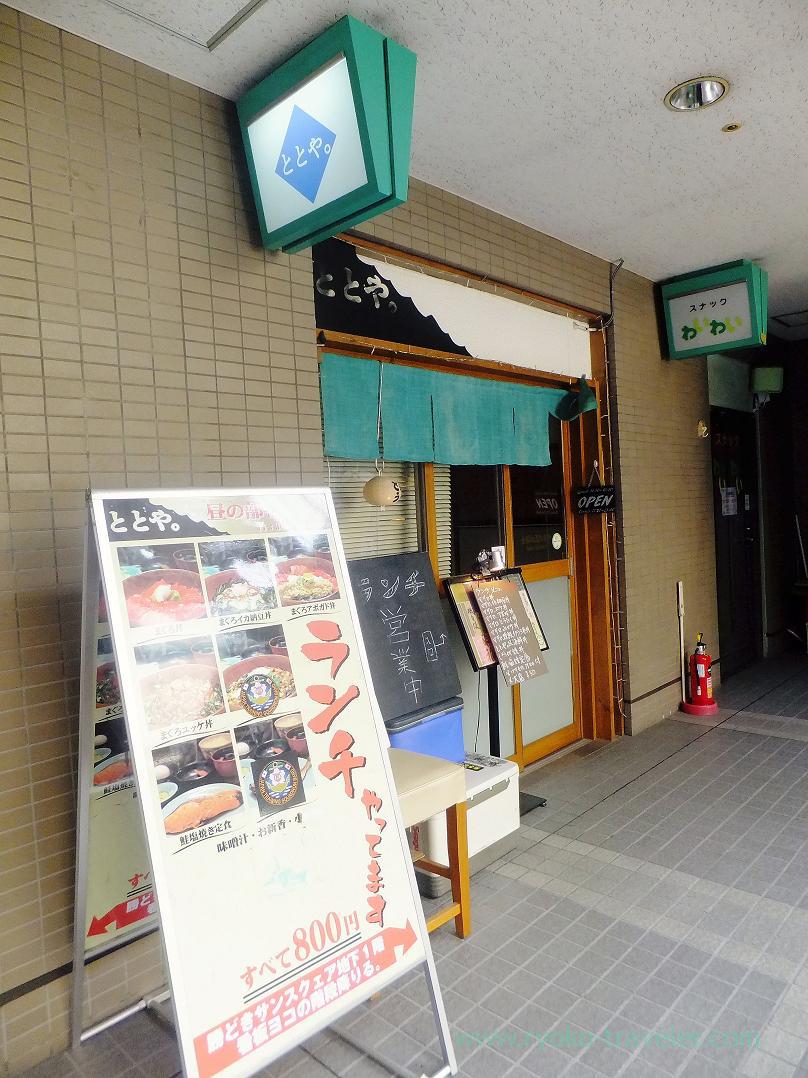 As I said now, though I have worked at Kachidoki for about nine years, this was the first time to enter the building ! 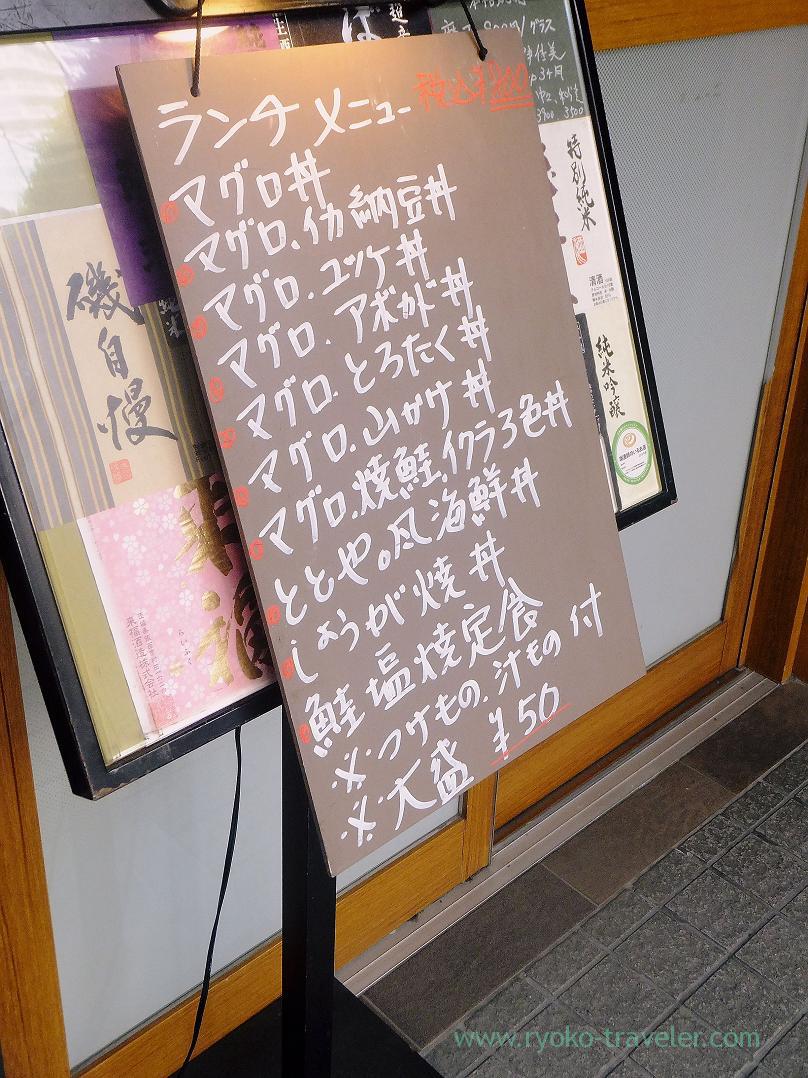 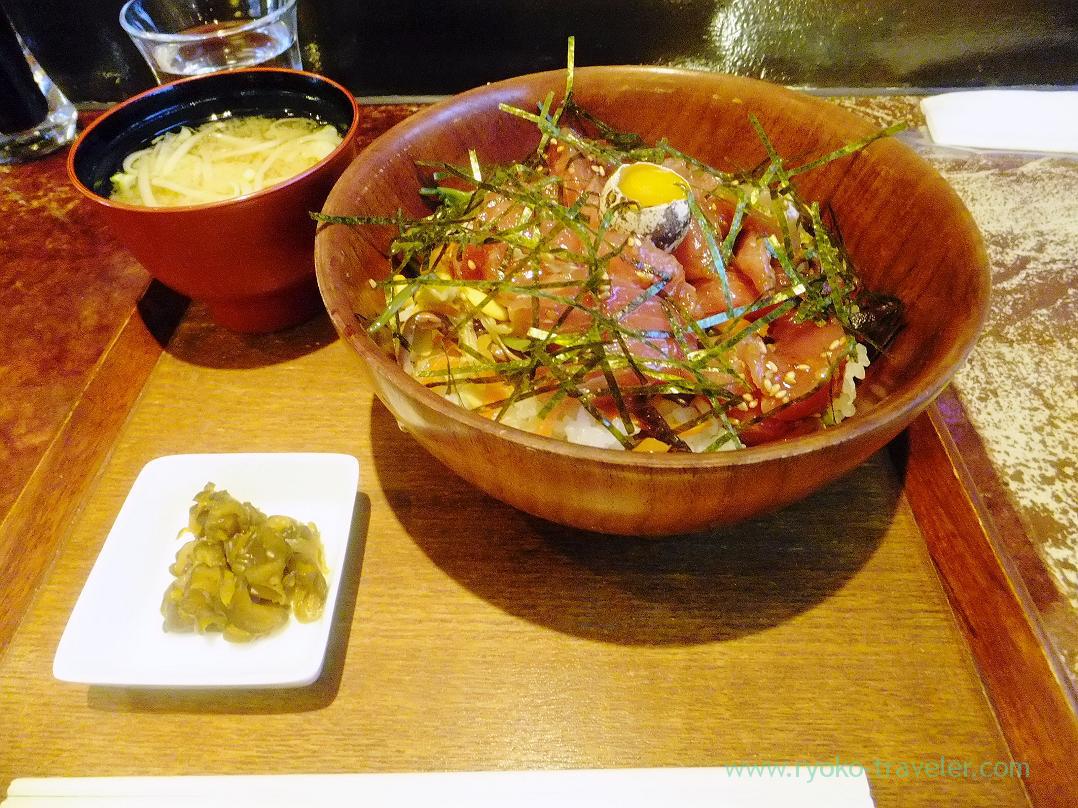 Ah…whichever way I look at, it is bibimbap ! There’s bed of namul !

The tuna was good because it is close to Tsukiji. But anyway, namul prevented me from feeling the texture of tuna ! 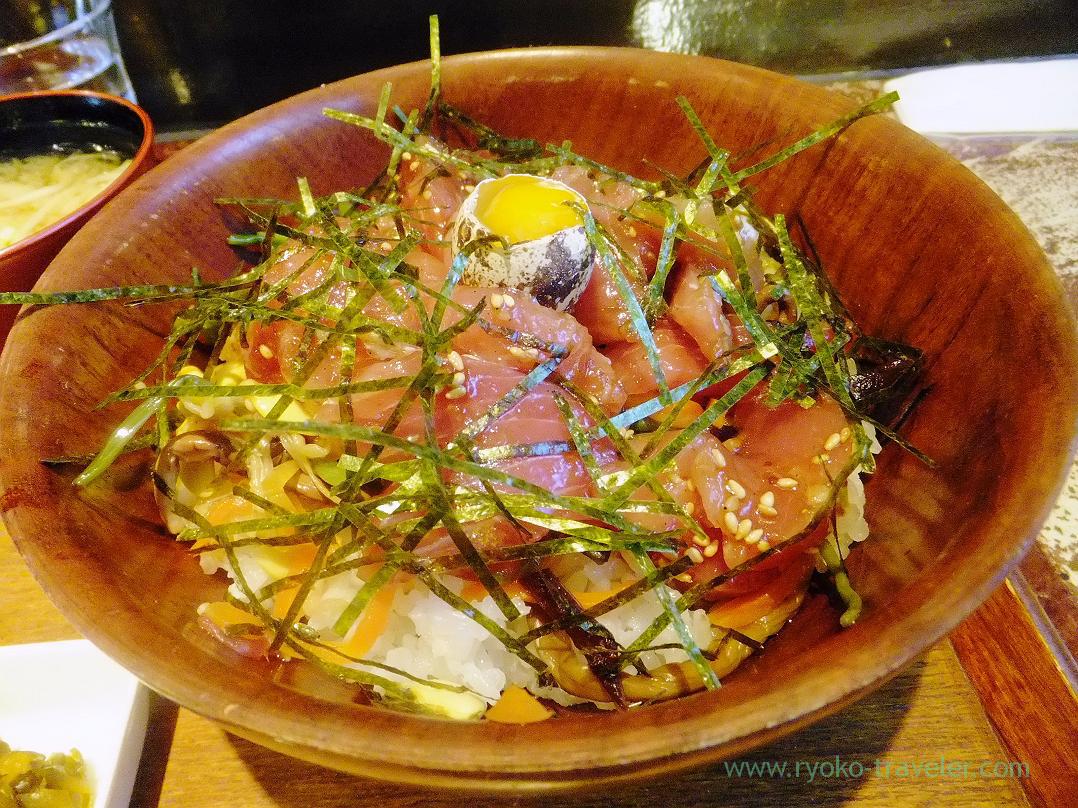 Why do they put namul under the tuna ?

I should have ordered another bowl.
Well I want to eat tuna bowl simply.

Well, when I got out of the shop, there were only four people in the shop and the building was calm…it was past noon !
I’m wondering why this building can do their business such a long time…
Will this building be still at the same place when Tokyo Olympic is held ?

I felt like having coffee when I visited Toyosu, so I went to HIDE COFFEE BEANS STORE. Strictly speaking, it's not loca...

Now eel is hard to reach for me (>_<) (Bakuroyokoyama)

Today is Midsummer Day of the Ox. It is customary for Japanese to eat an eel on the Ox day, in order to take nourishment...

Gorgeous violet flowers in full bloom. The most popular Wisteria Festival in Tokyo is now held in Kameido Tenjin shrin...

Tokyo ramen here. I went Tsukishima for a lunch at lunchbreak. I rarely go to Tsukishima for lunch because I thought...
Italy 2015 (8/14) : Cafe Florian in Venice
(Moved) Bakuro-Yokoyama : Last winter tastes of this season at Miyakozushi (都寿司)