Eh ? Do you already forget such a story ?
Well, I went to there is last November 😛
Because I don’t remember clearly , so I try to simply upload photos.

Tokushima and Kagawa 2011 (4) Breakfast and then to Oboke
The second day of my trip to Tokushima and Kagawa Waking up early in the morning, I confirmed the departure time of limited express for Oboke on the internet. After, I had a breakfast. There we...
www.ryoko-traveler.com

Then, I got to Oboke Station. 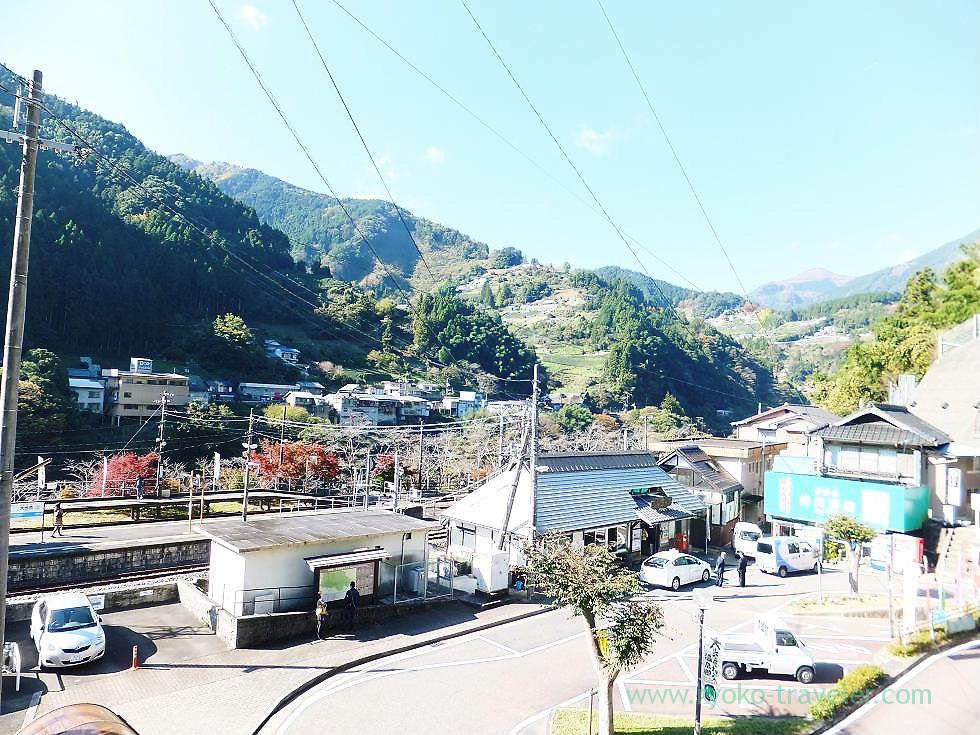 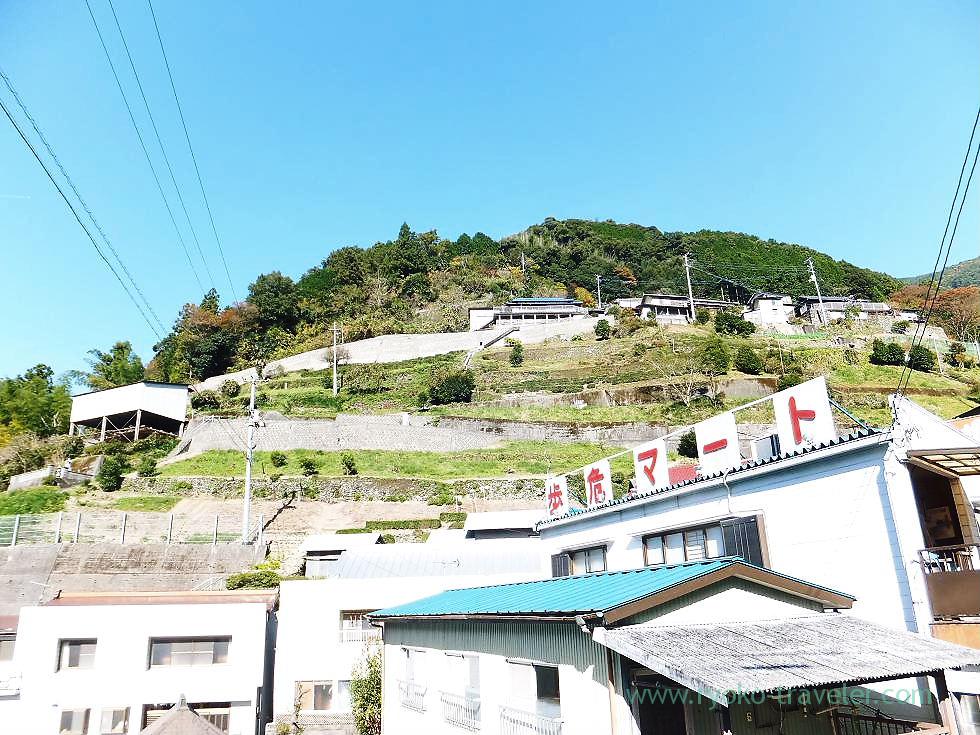 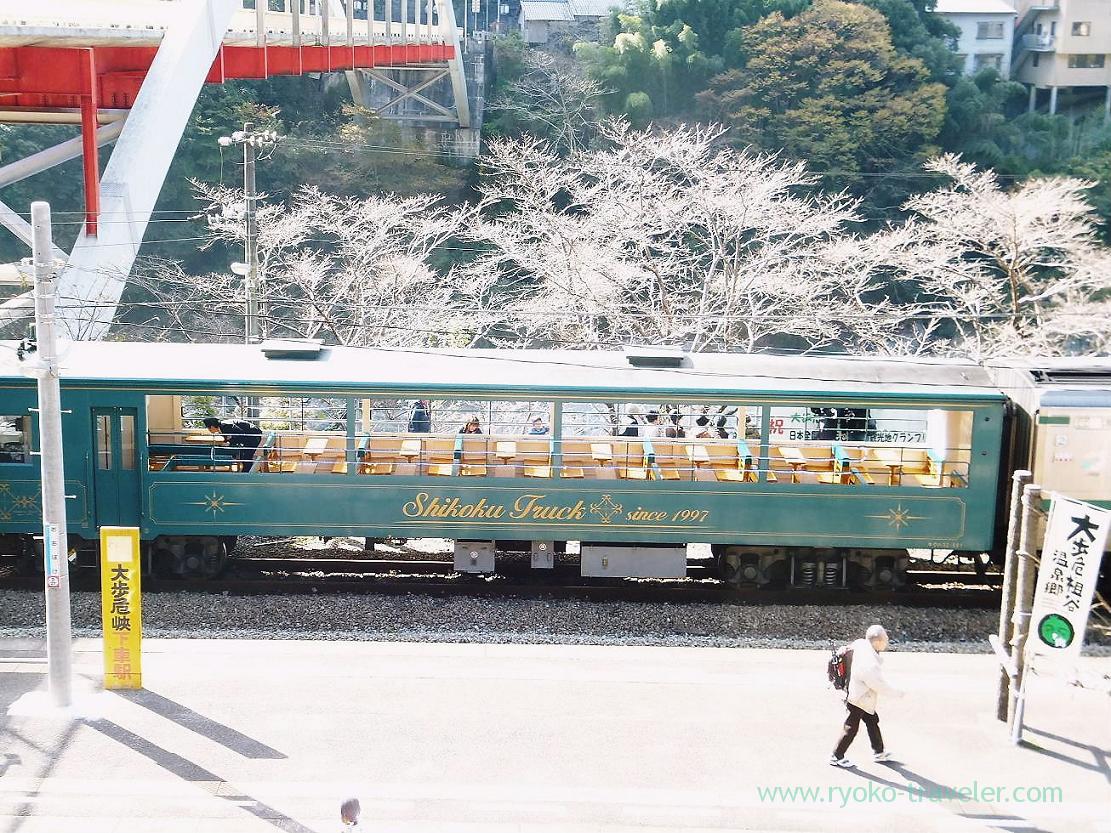 Miniature Kazura bridge was on the platform 🙂 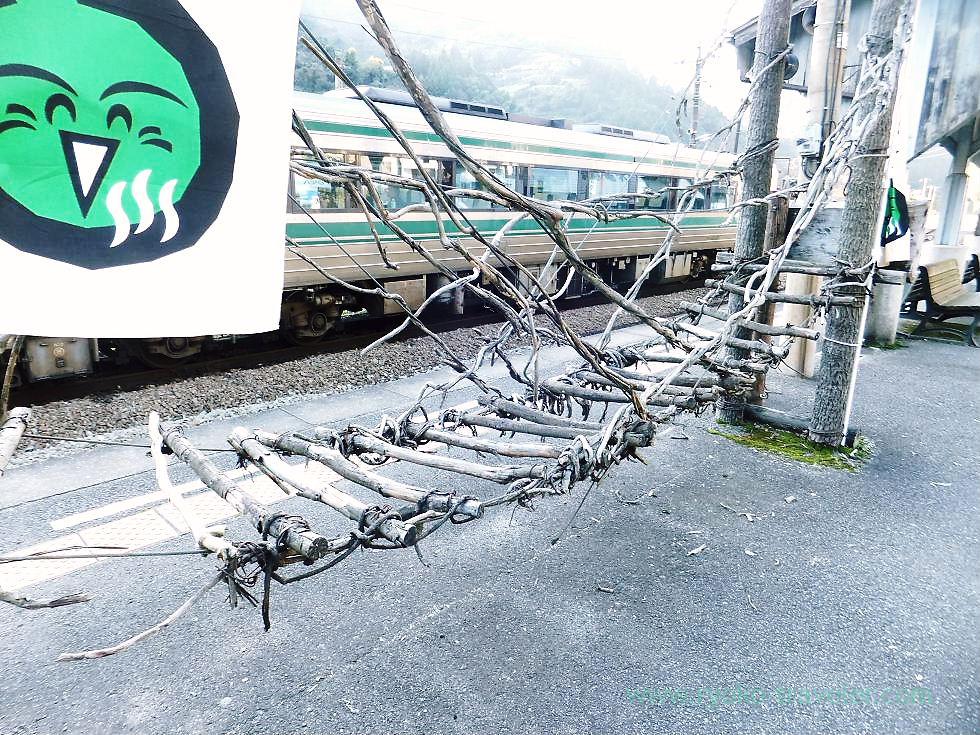 This Oboke station itself is rare.
First of all, the stationmaster is rare. Not a human being but yokai. 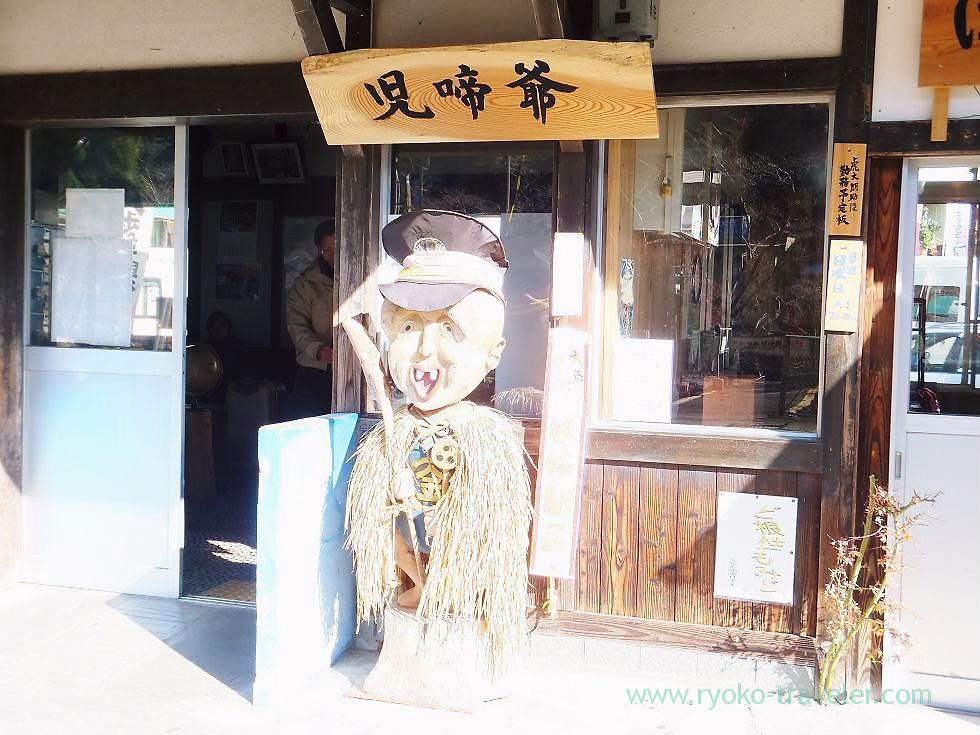 Coin-operated locker was painted yokai, too. 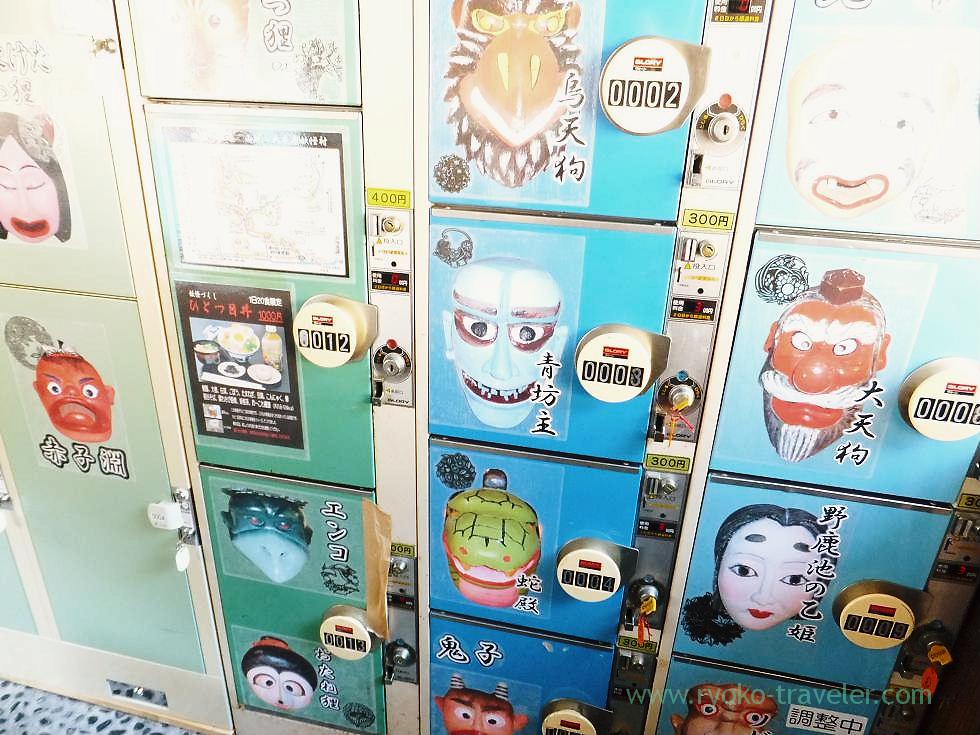 Because there is …..
People living with yokai :O 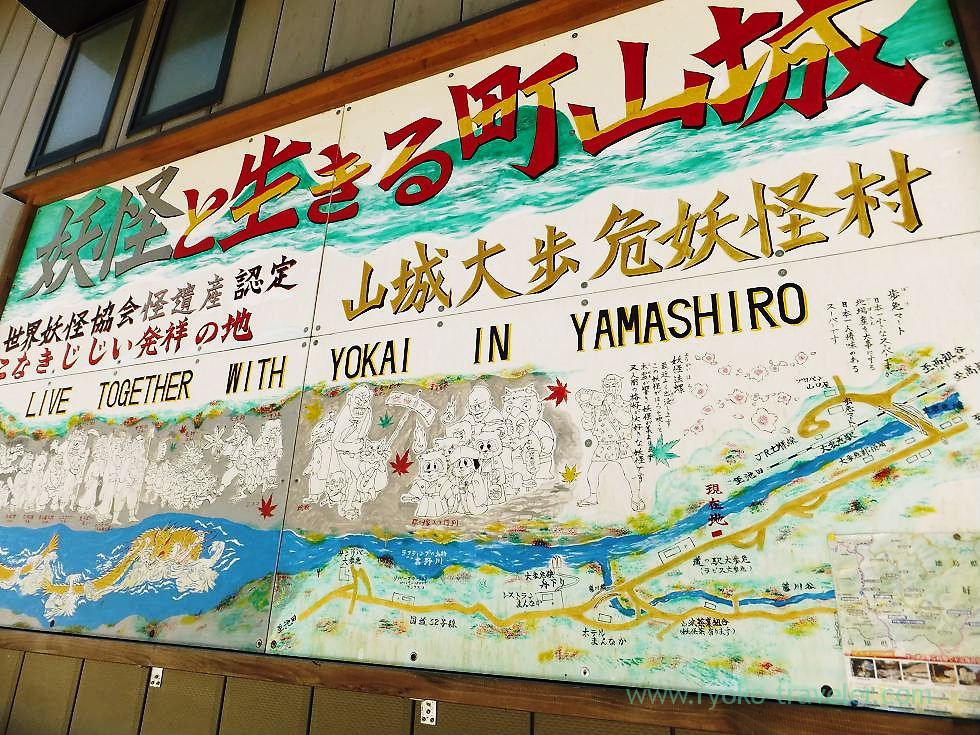 I wonder if there are much travelers who want to come the village if they see this village’s selling point 🙂
Yes, there are many people who like yokai anime.

But I can’t stay in such a haunted village. 😛

At first, I mistook the promenade for a road to the landing-place 😛

It is connected from platform of Oboke station.
Next time I go to Shikoku, I want to climb Mt.Tsurugi. Also I want to climb Mt.Ishiduchi.
If I climb these mountains, I need more one day for trip. Climibing mountain needs much time. 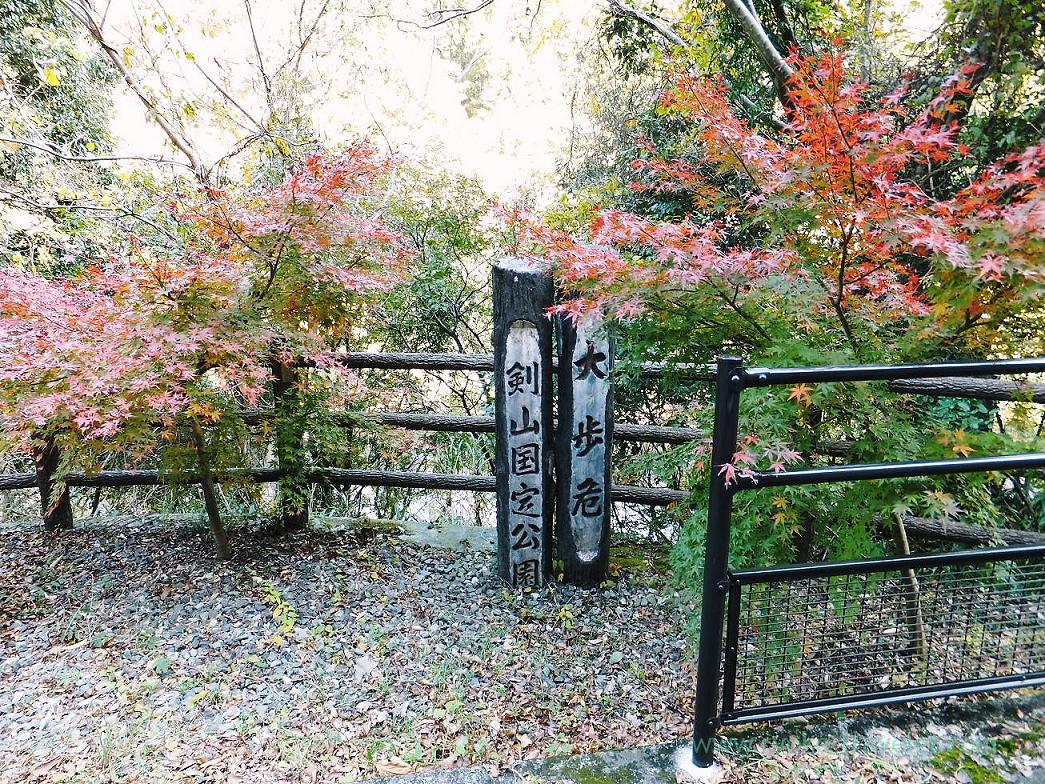 This was middle of autumn. 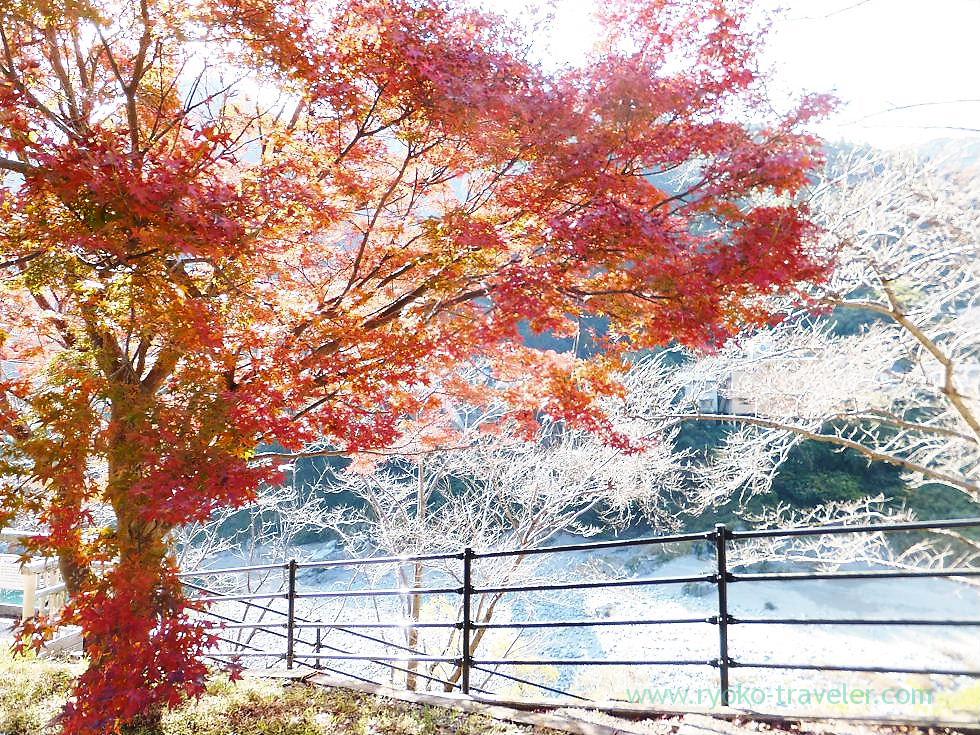 I met the end of promenade soon. It is very short promenade.

Yoshino river. Its color was so clean. 😀 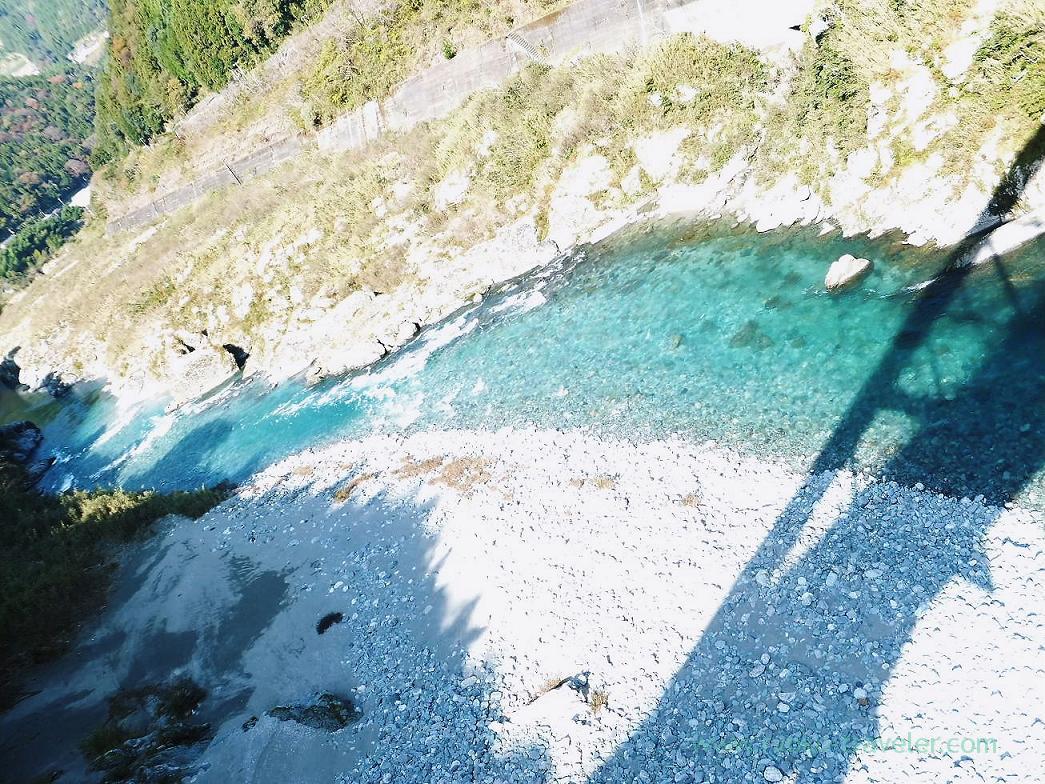 I asked an elder woman way to the landing-place of going downstream in a boat.
Then I went toward there. It took more time than I had expected. 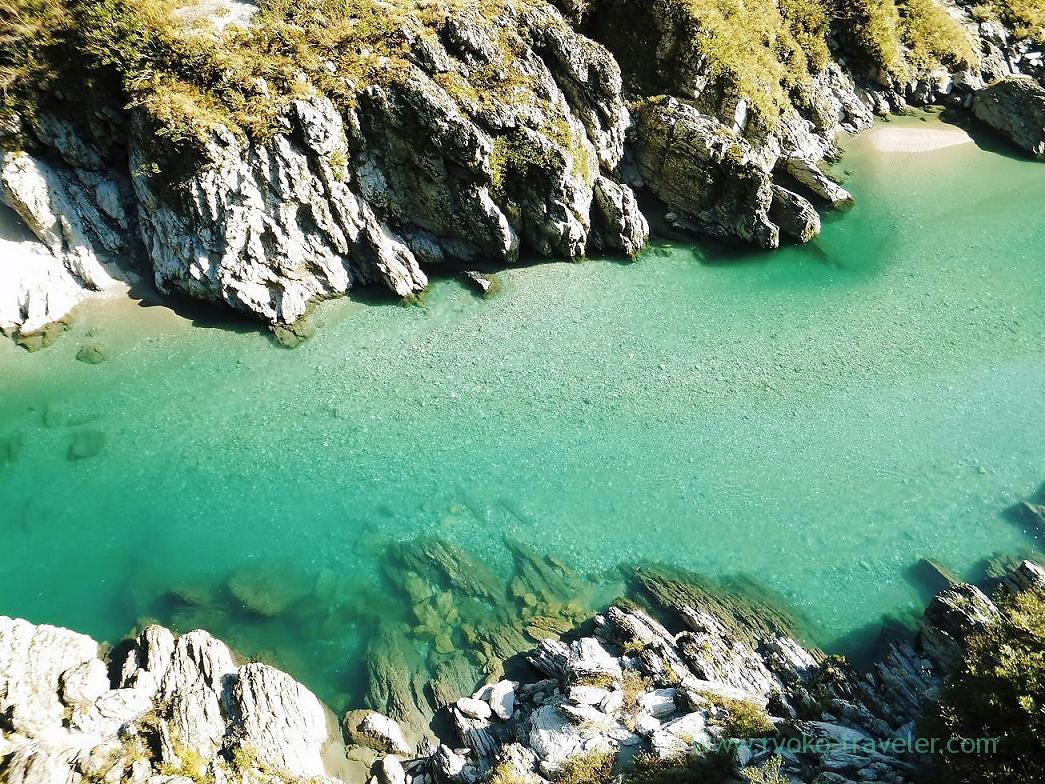 Landing-place. There were much tourist buses. 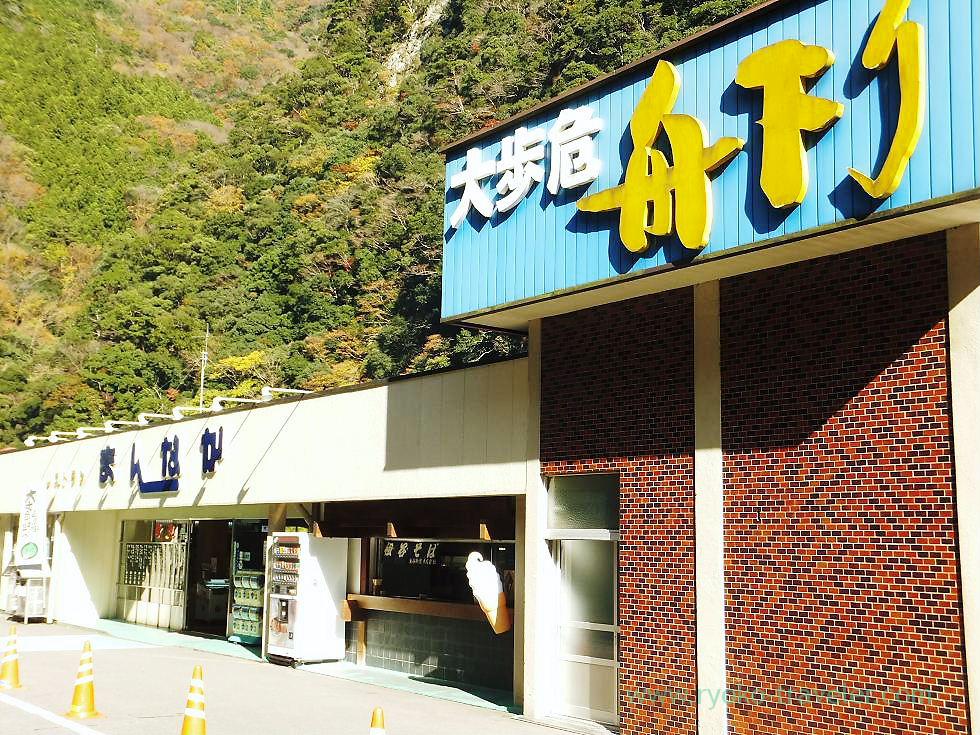 To tell the truth, I intended going downstream in a boat after going to Iya Onsen.
But I missed one of the few buses for Iya Onsen because Oboke Station preoccupied me.

Well, but the landing-place is closed in the daytime. So, it seemed that I couldn’t go both in any case.