The second day of my trip to Tokushima and Kagawa

Waking up early in the morning, I confirmed the departure time of limited express for Oboke on the internet.

After, I had a breakfast.

There were some kinds of ingredients which is available on an all-you-can eat basis into miso soup.
I threw many nameko mushrooms into my miso soup :P. 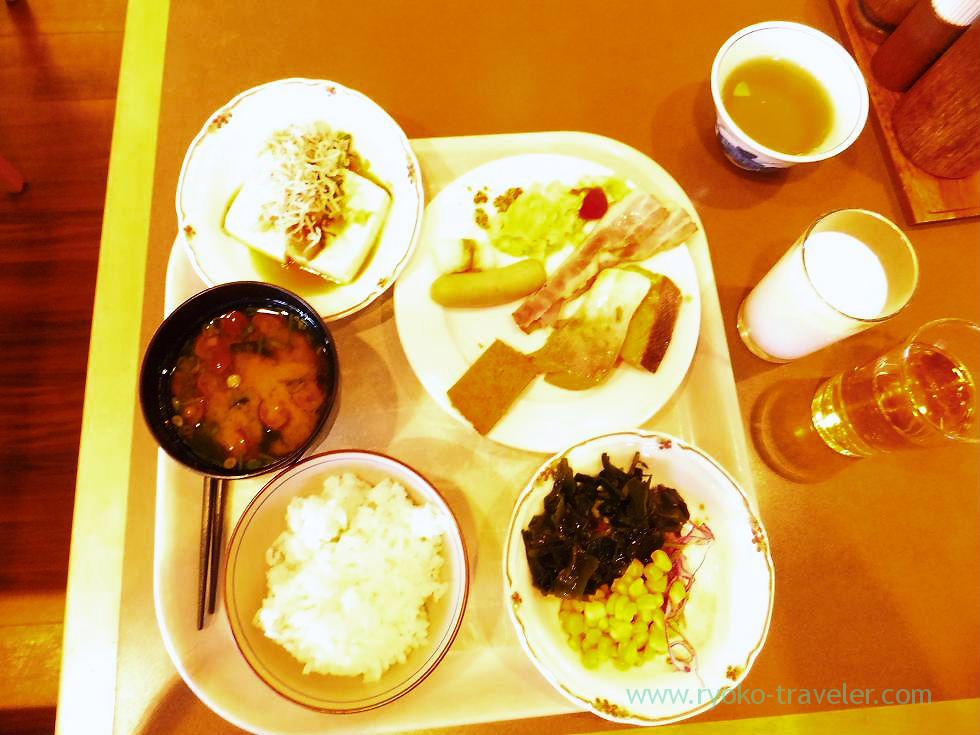 Yogurt with fruits, and coffee 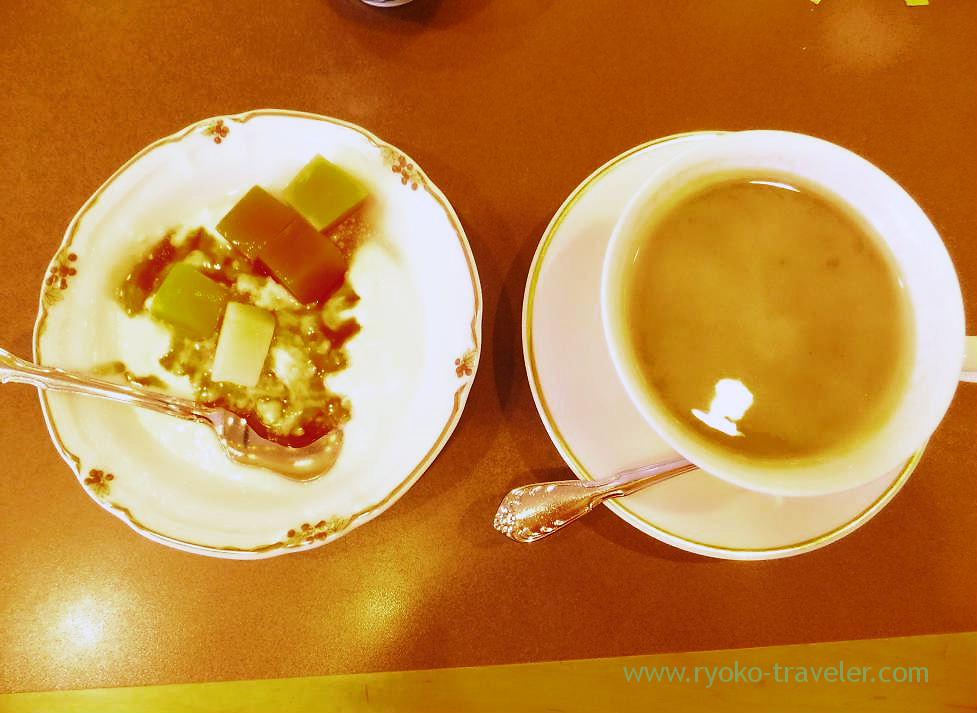 Finishing to eat, I checked out immidiately.I went to Tokushima station.

I had to change the train at Awaikeda.
There are no train bounding for Oboke directly. 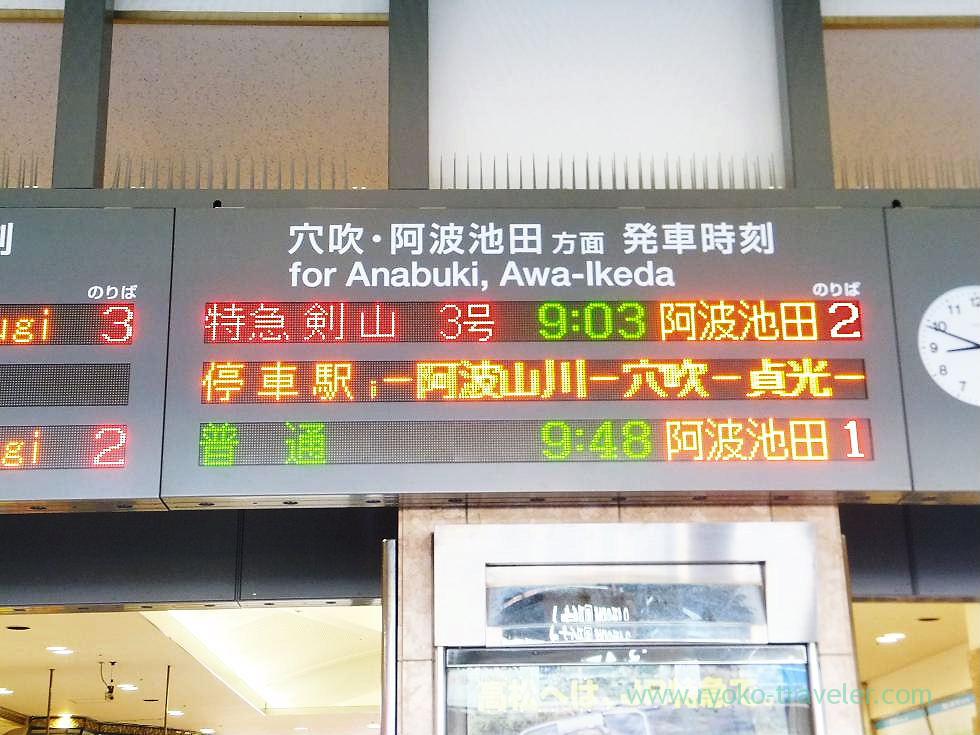 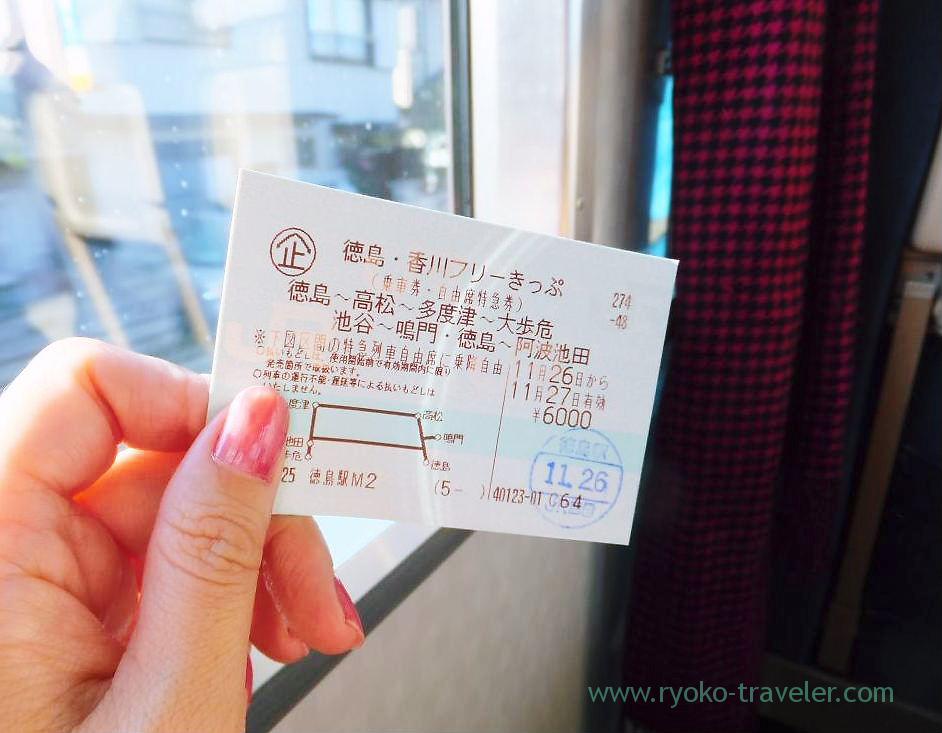 The air is bad in the limited express, too :<

After river rafting ride, I needed onsen time ! I gave up going to Iya Onsen, but I never gave up taking a onsen bath :...