The third day of my trip. Last day.
I woke up around 7 a.m. and took breakfast at the second floor of the hotel as previous morning.
This cafe had cozy atmosphere. I wanted to have tea if I had had more time. 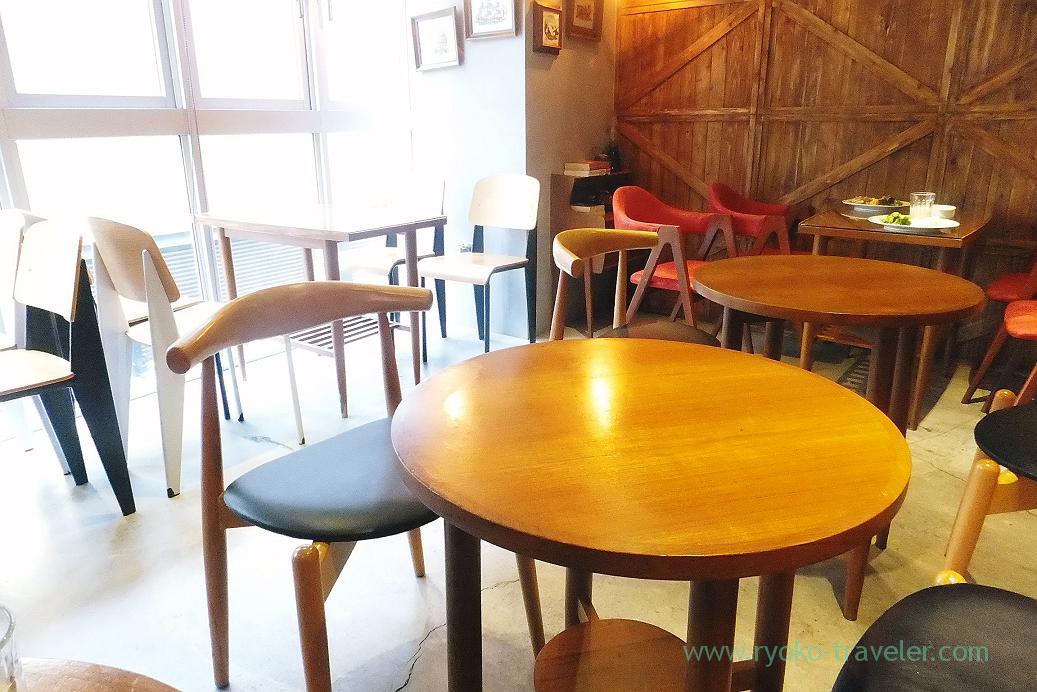 I didn’t have second breakfast that day, so I ate rather much. Umm. But I didn’t have much appetite because I was sleepy. 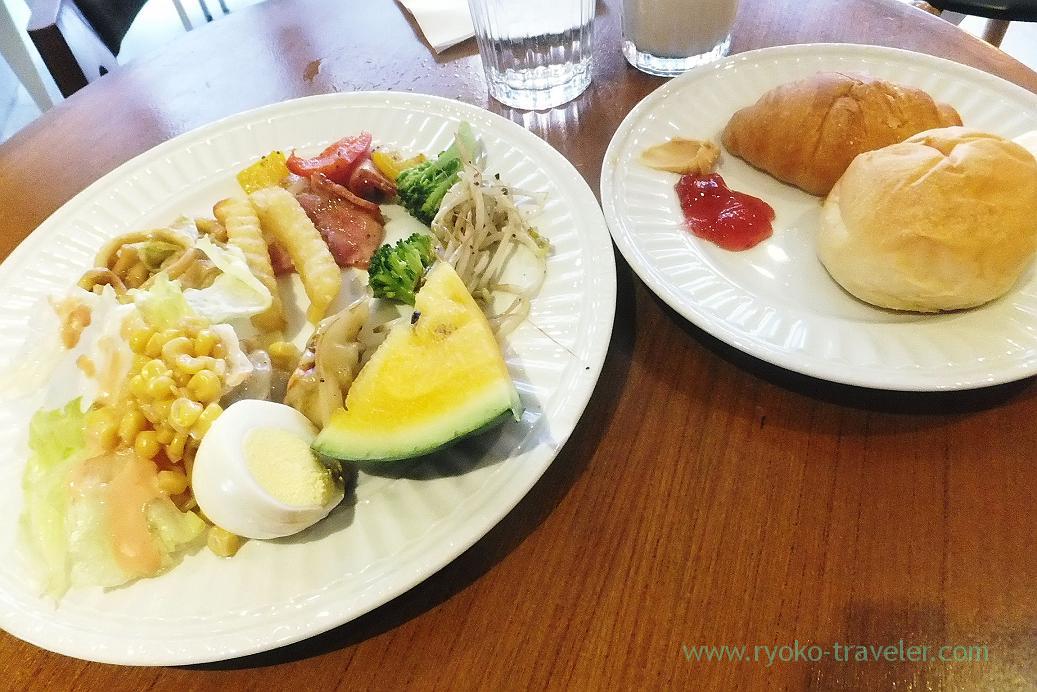 But this was the last day of my Taiwan staying. So, I managed to get dressed and went out for walking.
I heard Taiwanese people love Japanese hiragana “の”. Really ? 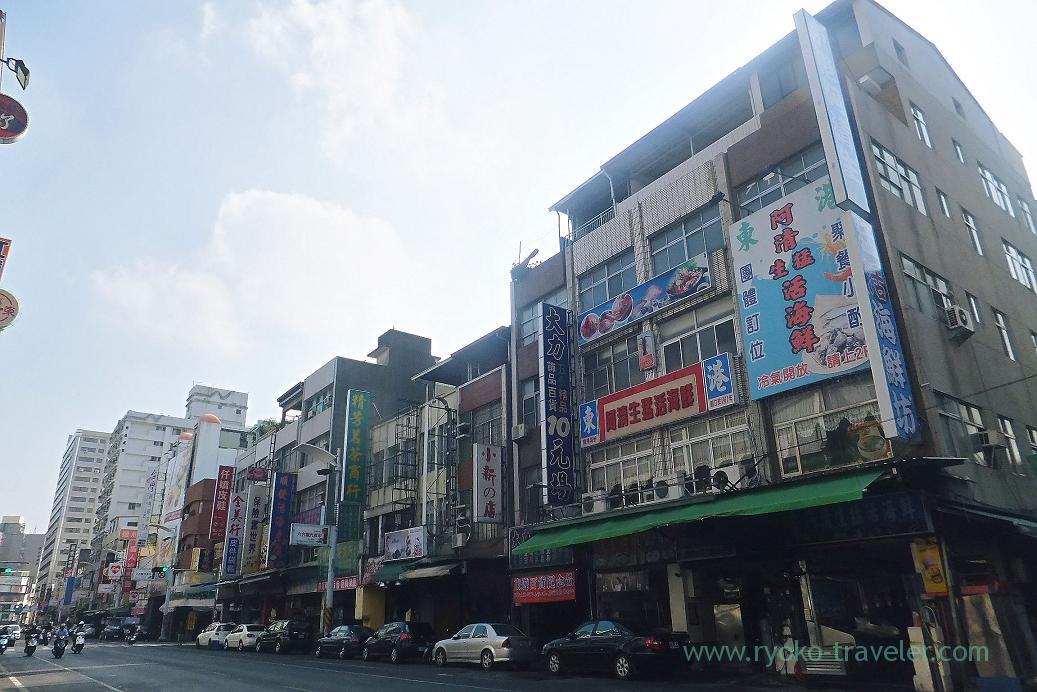 Then I found drinks shop by happen that I had wanted to go. So, I bought one.
Oh, they have “の” in their name :p

Tea Magic Hand is a chain store of teas. There were so many drinks on the menus. So, it was hard for me to decide soon. But I managed to get my drink. And then I dropped in at Seven Eleven and bought some and went back to the hotel. 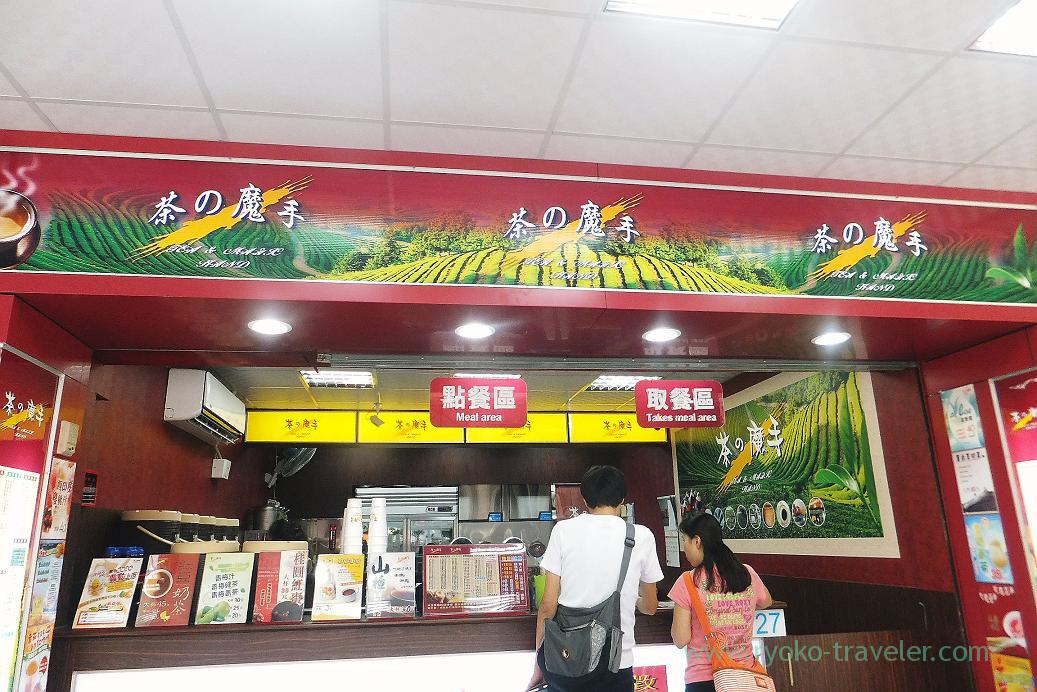 Ah, somehow I bought beer, too. Beer and milk tea with nata de coco (椰果奶茶, 30 TWD) together :p
I didn’t like this beer. First of all, I don’t like beer. Especially canned beer.
But such a local beer attract me every time. I left much of this beer… First of all, it was morning !

Drinks are large in Taiwan, but we can chose one from three sizes of drinks at Tea magic hand. This is the smallest one. Less ice and less sugar. Now, their branches are in Kaohsiung and Tainan. Taipei don’t have the branch. 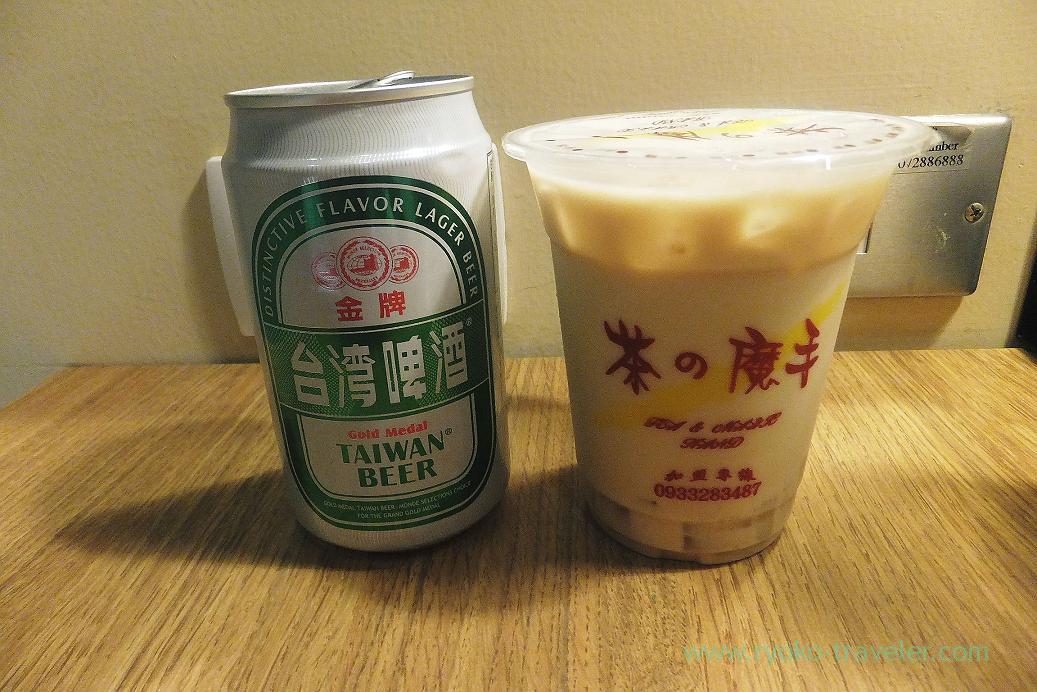 Branches / About 25 branches in Kaohsiung and Tainan
Website / http://www.teamagichand.com.tw/

Many hotels in Kaohsiung prepare buffet for guests. But it's differ from Taiwanese traditional breakfast. So, I always ...

Taiwanese breakfast is one of my reason to be there. I had breakfast at soy milk shop close to MRT Zhongshan station (中...

It's time for walk in Cijin island. After I saw Tienhou temple, I walked along the main street. There's a beach at t...

When I was in Kaohsiung during mytrip in Taiwan, I stayed in front of Kaohsiung Black Soymilk King (高雄黒豆漿). So, I had b...

The most popular spot among Japanese tourists next to National palace museum. I got to national Revolutionary Martyrs' ...