For some time, I used to go to sento so frequently.
So much nostalgic atmosphere that old sento have attracted me.
Also because the number of sento giving up their business are increasing.
I thought we can’t enjoy the atmosphere in the near future.

So I couldn’t help viiting sento.

Funabashi had many sento in the town. And some of those sento had hotspring.
But two of them gave up their business.

I went to one of the sento that was named Tamaruyu (多丸湯) before closing. 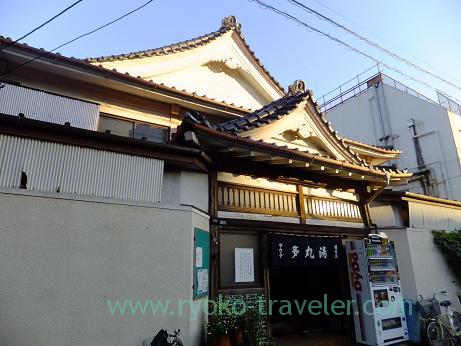 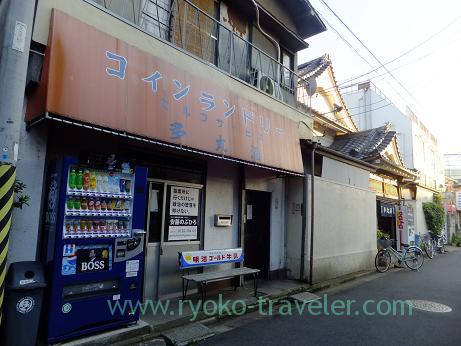 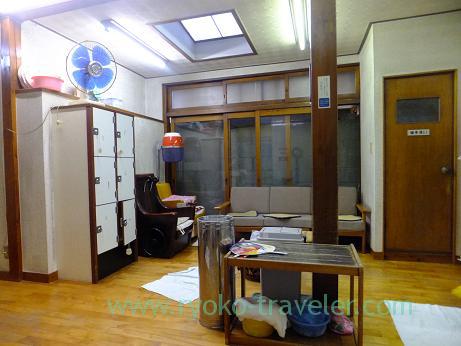 Those facilities were still good, and it seemed that they could continue using.

But such a old sento house was built in Showa Period and their facilities are damaged by last huge earthquake.
Now they have to carry out large repairs or rebuild.
But they don’t have enough money to do that because the number of people visiting sento is decreasing and fuel expenses are higher.
So many sento take their opportunity to quit their business. 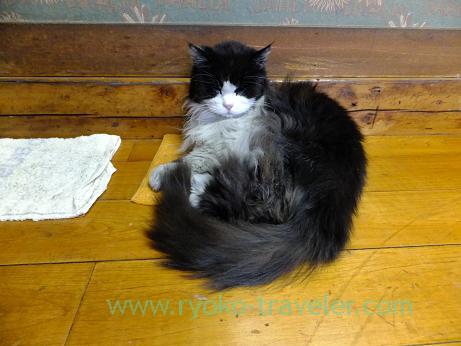 The cat saw me off 😀 She’s Nana-chan. She never moved. At first, I thought she is stuffed animal :p

I heard there's a splendid Napoli-style pizzeria within walking distance from JR Inage station. They are the restaurant...

An Vietnamese foods restaurant chain store is expanding quckly I went to a restaurant at lunchtime that have green sign...

I should not to eat such a food at night... but. Special chuka soba (特製中華そば) 900 yen Branch of Aoba in Funabas...

Memories of my youth. I went Tsudanuma to shop and I found the flea market was held in front of the Morisia building. ...
[Tokyo] Udon Oniyanma Gotanda (おにやんま五反田本店)
Yotsuya-Sanchome : Perfect ramen and juicy fruits parfait