Sadly speaking, one of the good restaurant in Tsukiji area is going to be closed the end of this month.
Originally, the chef rent the restaurant in the daytime limited.
So, the chef said he will seek another place.

The restaurant is open to only for members at nights. 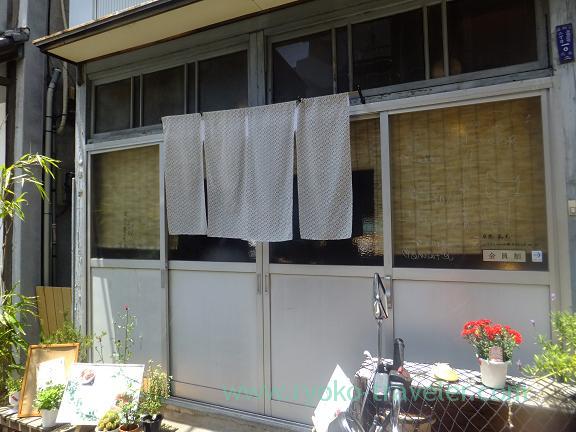 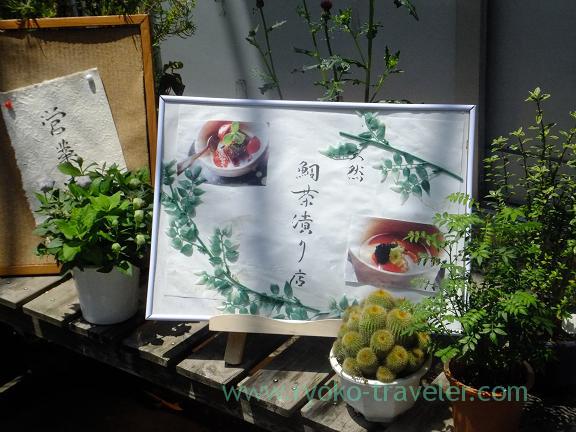 The later is, though the chef said he would serve three appetizers, we obtained the information that he might serve five appetizers.
So, we ordered the later set. 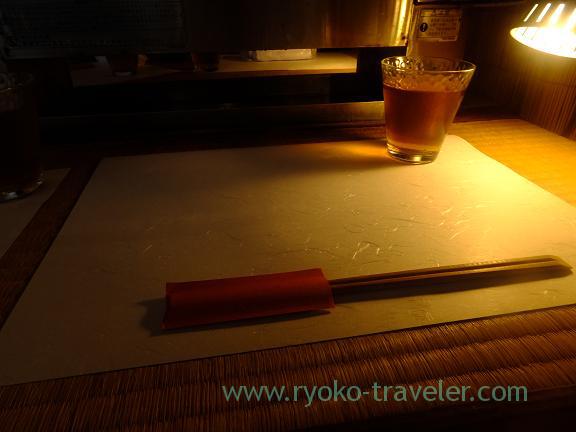 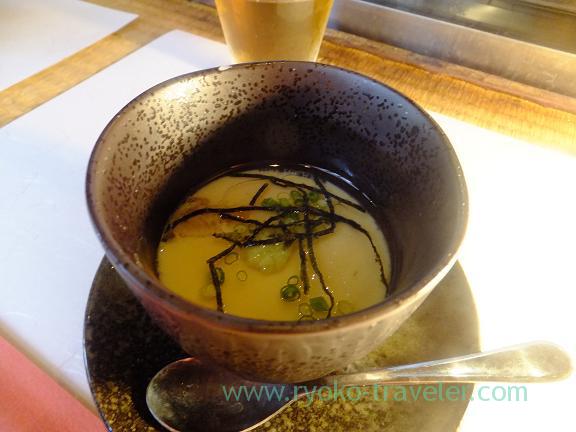 It’s texture was smooth and it was so tasty 🙂 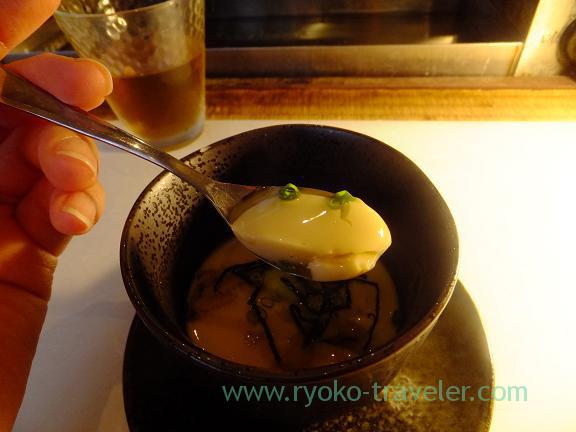 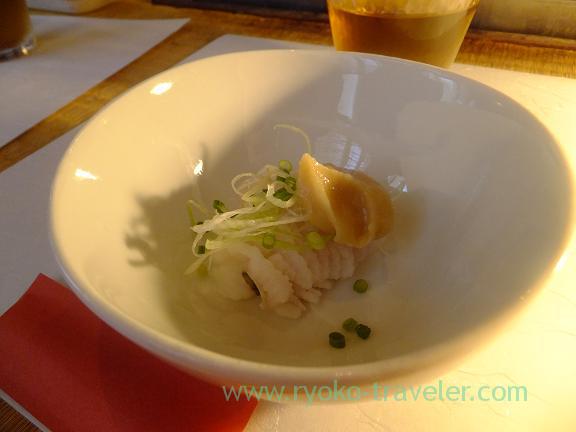 The vinegared miso was from Kyoto. 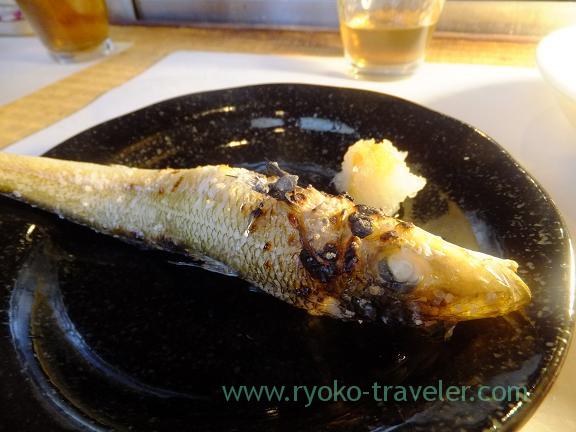 I had never eaten sillago by grilling ! Sillago season is now. The meat was soft, but it had much hard bones. I think tasty foods are hard to eat 😛 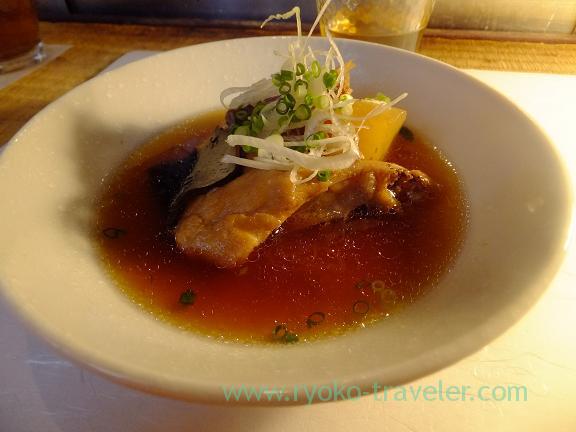 Everyone except me drunk up the soup. But I felt it was very thick for my drinking up. 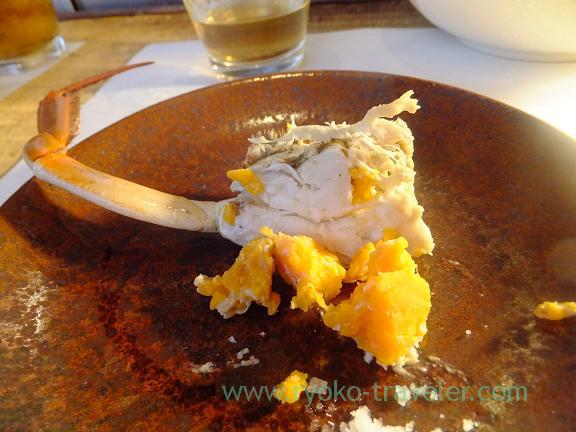 It was really tasty, but there was only a little meat, so I took those meat and ate for real.Well, tasty crab is hard to eat …. !

After that some spices and seasonings for taichazuke came. 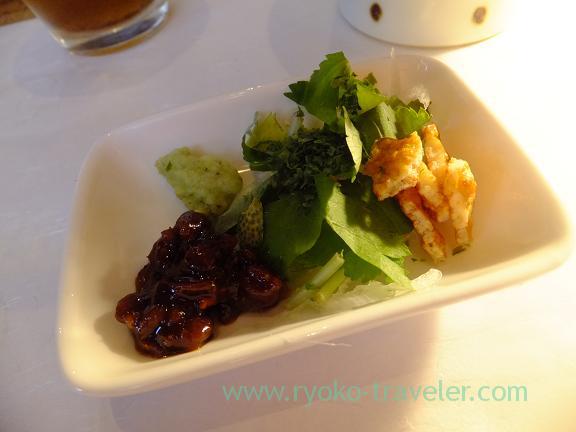 The chef said, “Please eat it like pickled foods.”
The black thing is moromi from Kyoto. Black moromi. Moromi is unrefined sake. 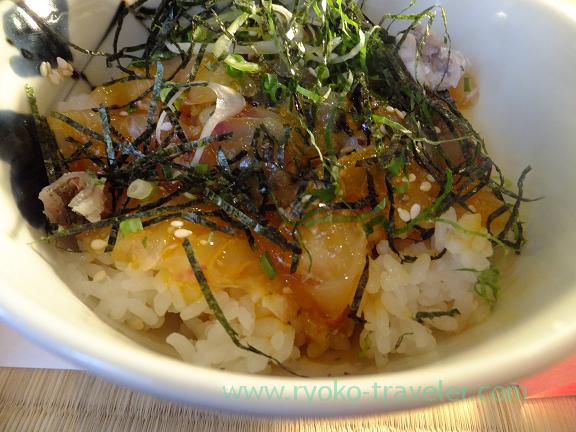 The way to eating taichazuke…
1. At first ,eating as it is.
2. Pour hot tea and then eat

I know this is Uwajima-style Taimeshi. I like it very much.

I took the tai-chazuke after pouring hot tea, but the picture was not good. I should have eaten with more care… 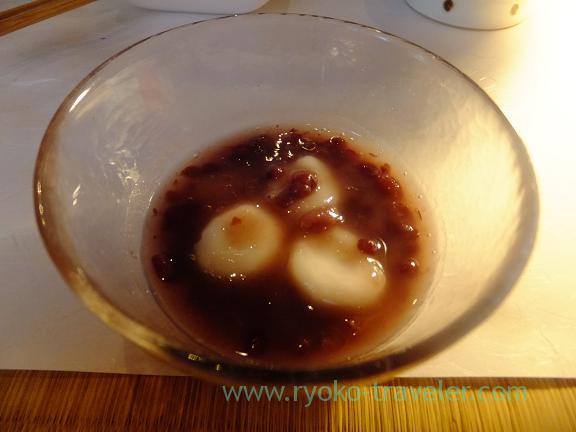 The chef said that his new restaurant will open at nighttime mainly and tai-chazuke will not be advertising menu.
I was glad to visit there before closing present restaurant.

Yajima has started serving oyster ramen this year, too. Standard oyster ramen soup is salted flavor. But I knew ...

This week's breakfast at Tsukiji ;) I felt like eating fresh raw fish, I went to Kato 2nd, August. But I passed thro...

I visited Canton cuisine Keiraku in Yurakucho that is so popular as fried rice in soup. There are always much people i...

Plum blossoms are now their best ! I went o Kameidoten Jinja shrine the other day. I went to there for visiting templ...