My friend took me to Spice Bar NICO again the other day 🙂
This time, I’ll divide the story by two posts, today and tomorow. Because I have much pictures 😛

When we arrived at the bar, we found the bar remained closed. 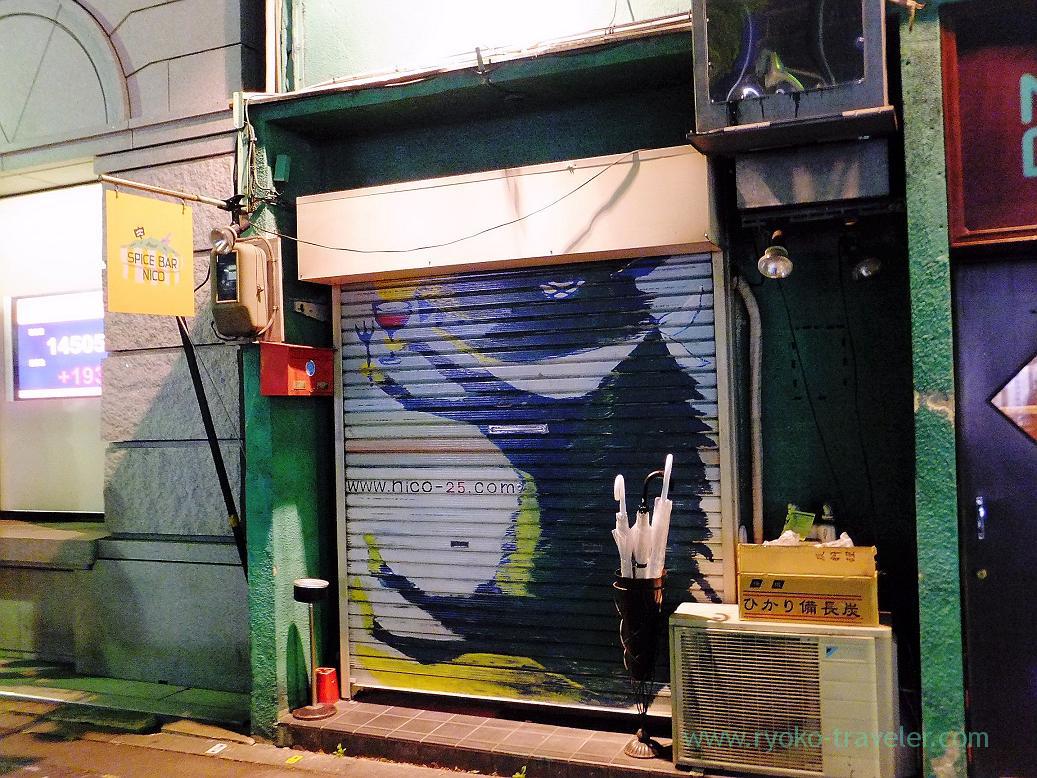 That day, the bar opened from 18 p.m., his reserving time. It was because the shopekeeper had to attend the meeting.
So, we could see such a nice shutter.

As soon as we took seats, one guest came…..  she was our acquaintance ! Woow !!!
Every time I visit the bar, I met someone I know 🙂 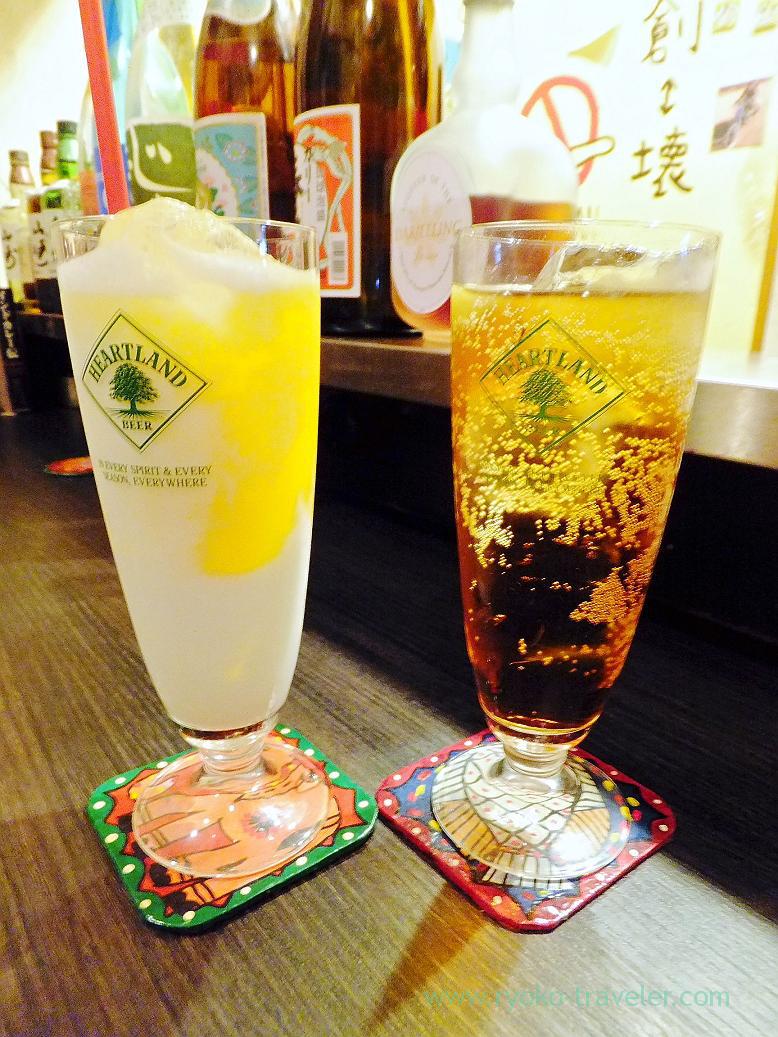 “Harusame” is branded name of awamori(strong Okinawa liquor).
I have liked darjeeling cooler very much since I drunk it last time.
I’ll buy darjeeling liquor in a few days 🙂

At first, Indian snack that is named Namkeen (ナムキン) came. I had never heard the name. 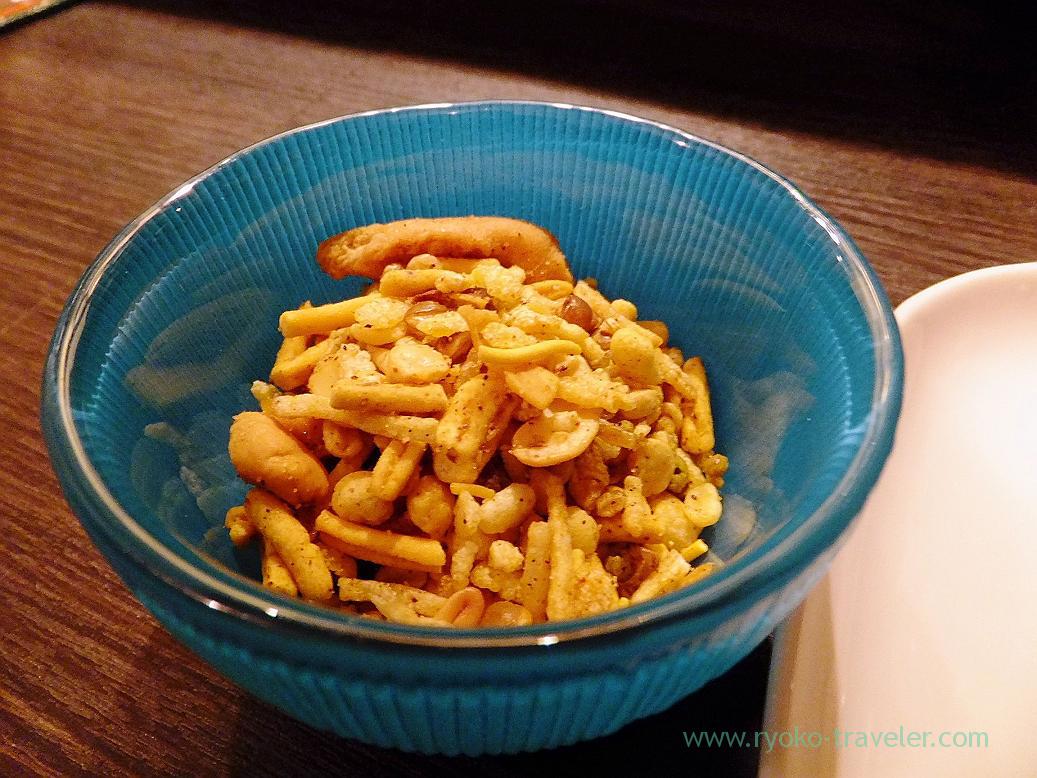 It is made from floor, garbanzo beans and dried fruits. So spicy and tasty. Namkeen. I put firmly in my mind 🙂

Next, assorted achar.
This is Autumn eggplant and Grifola frondosa achar (秋茄子と舞茸のアチャール). 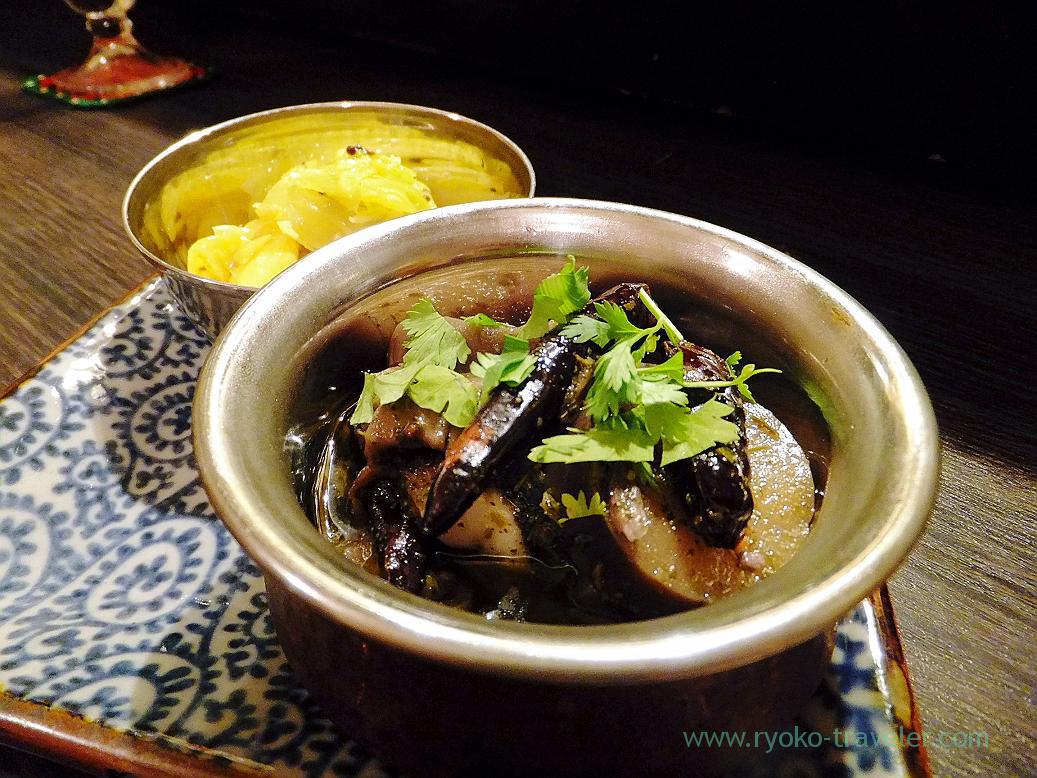 I searched for Grifola frondosa, and my friend said me he ate 😛
I felt Autumn by the dish 🙂

And it is cabbage and coconuts achar (キャベツとココナッツのアチャール). 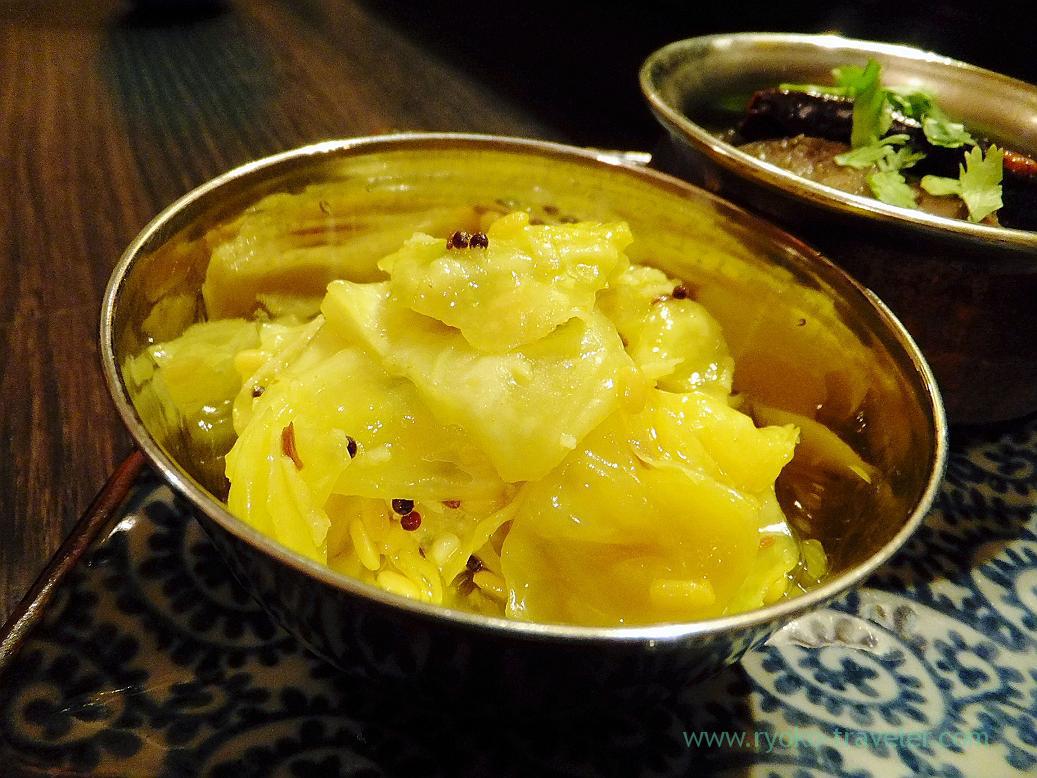 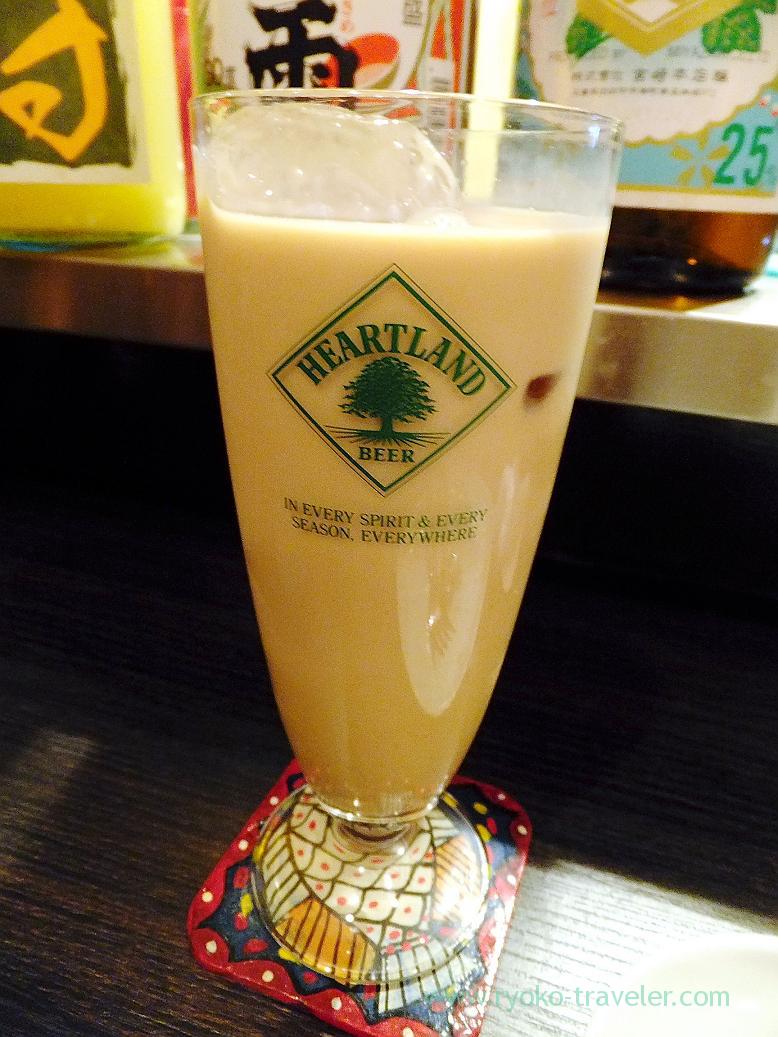 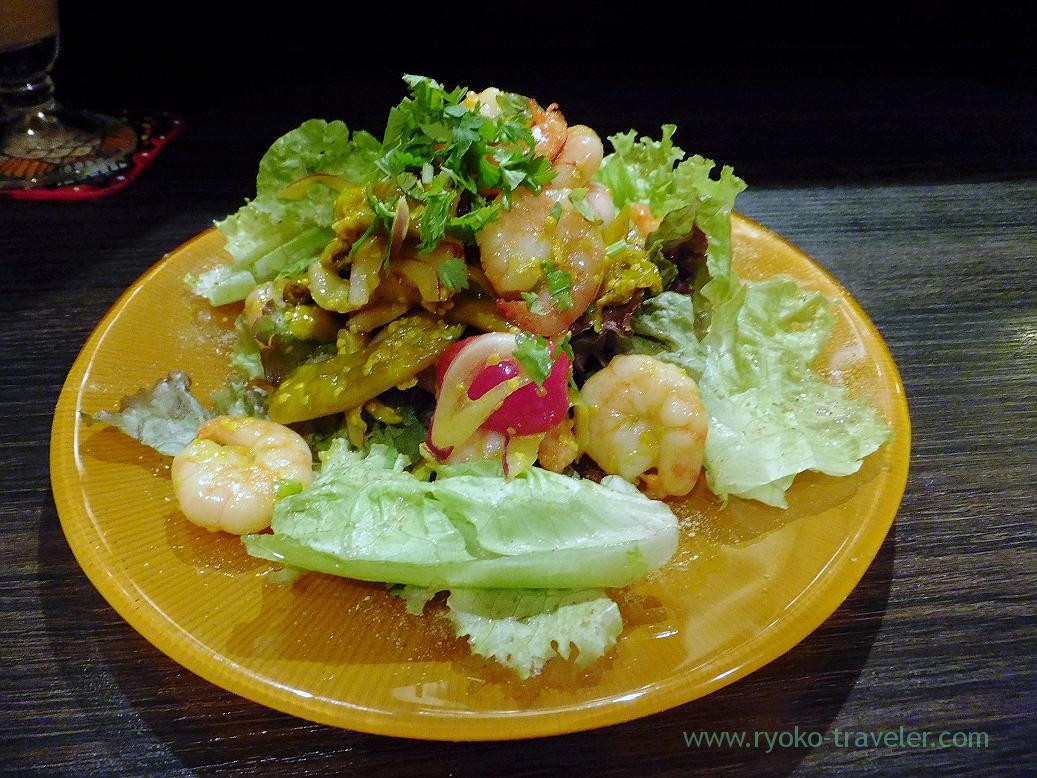 Those shrimps were fresh and springy texture. And the green chili was sour and spicy 🙂
Green chili is not so hot at first, but I suddenly felt extremely hot after a while.

MY friend’s second drink was acai lassie (アサイーラッシー, 450 yen) that I recommended to him. 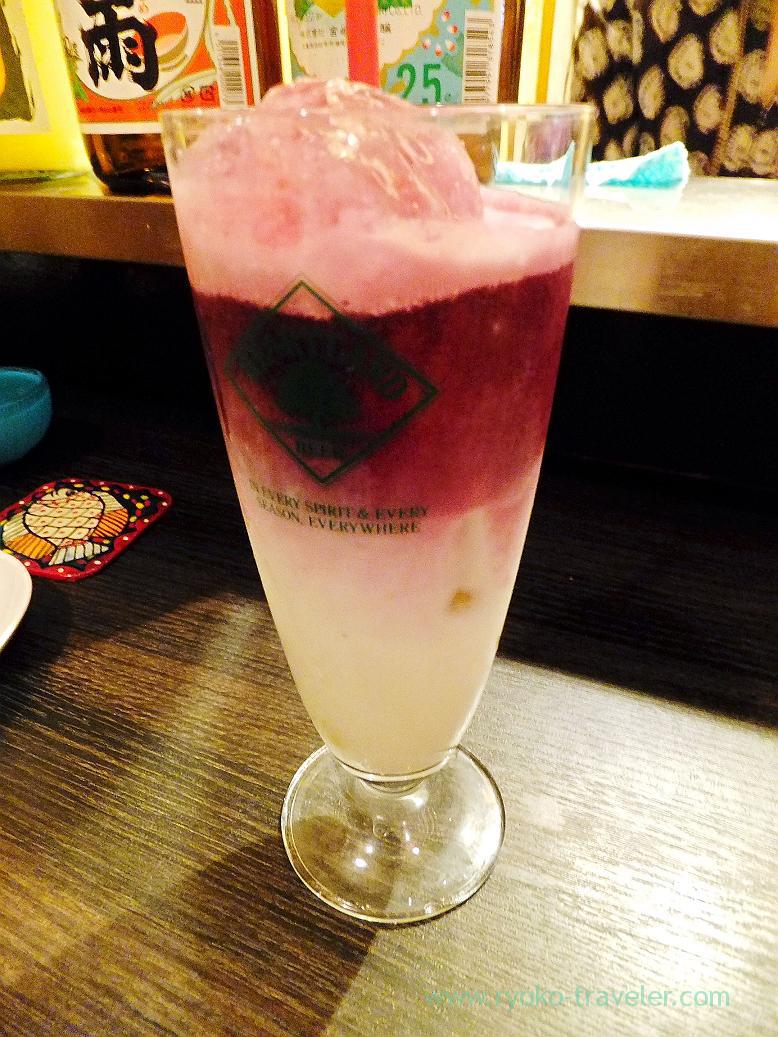 Eh ? Why I recommended to him ?
Because … I wanted to drink a bit 😛
I like it too. I want to order it with “harusame” next time 🙂

Gizzard confit (砂肝のコンフィ)
I can’t help eating it when I visit NICO. It was so soft that I couldn’t believe it was gizzard ! 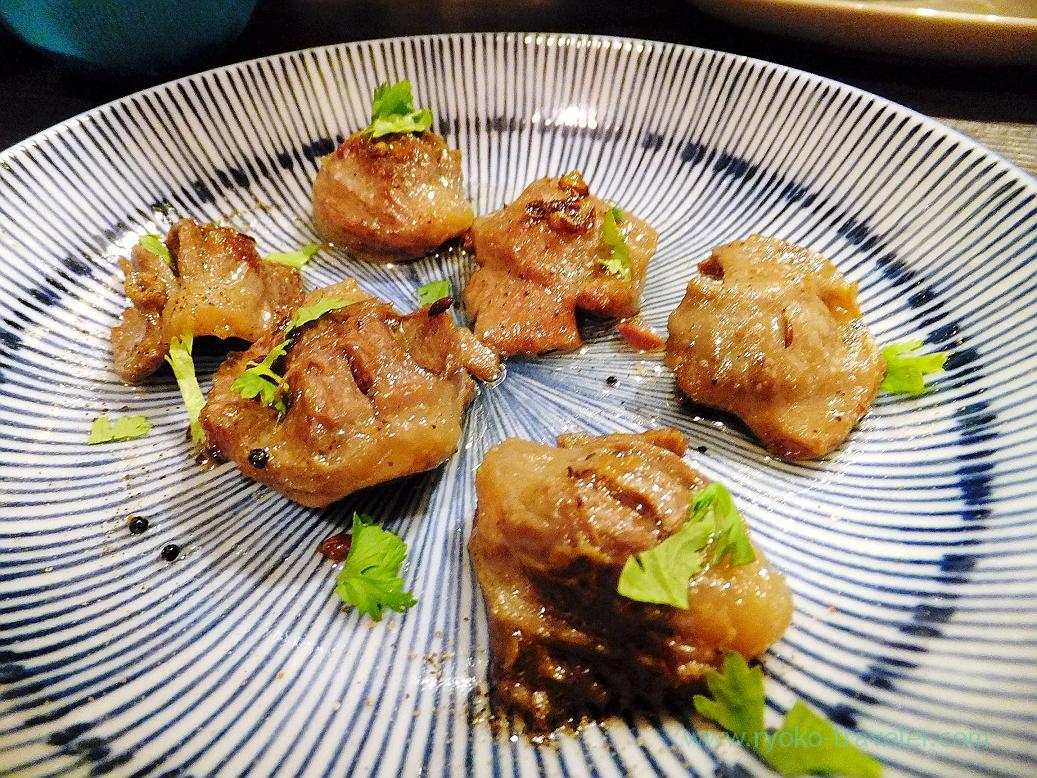 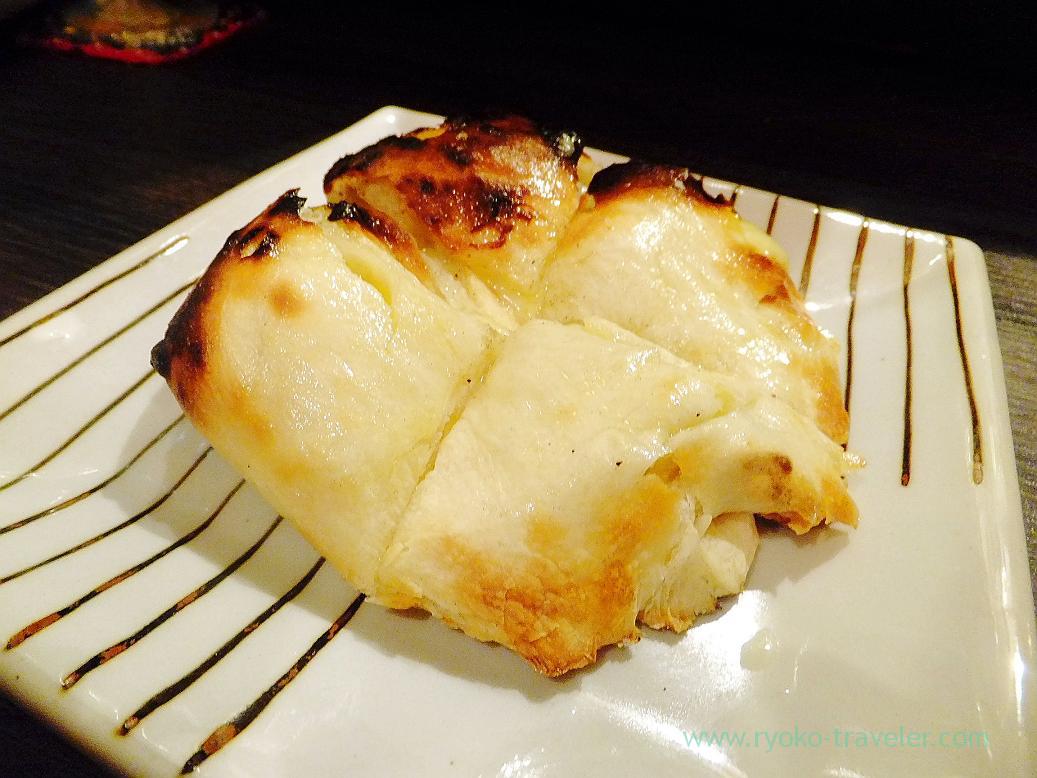 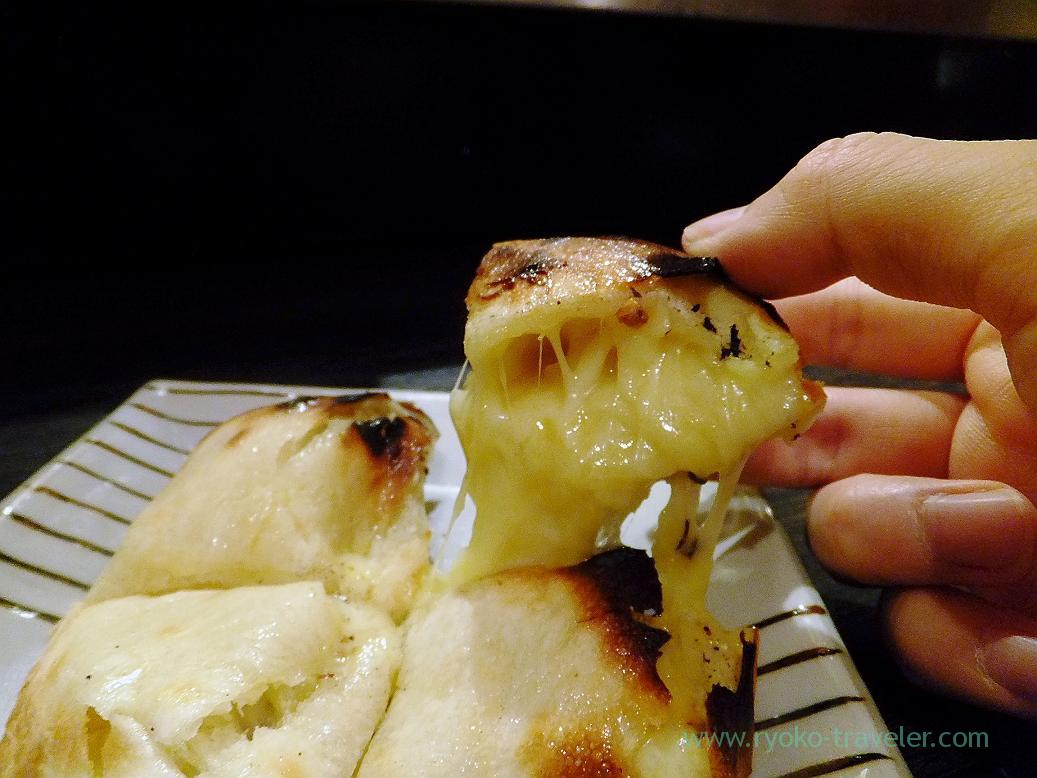 Probably he noticed that my wish that I wanted to eat it ! 😛
It had stronger fruits taste than last time.  Still it was delicious.

That’s all for today. I’ll write the sequel tomorrow 😀

I found many new restaurants has opened in Harumi Toriton Building. I went to one of those restaurants that serves Taiw...

Incredibly huge daikon radish. I had breakfast at Yonehana as usual. There were few vacant seats when I entered the sh...

Toyosu Market has started from October 11. Many shops are open inside the market, too. At first, I visited Yonehana on ...

Odayasu after a long absence. I went to Odayasu for breakfast after a long time absence. Af first I wanted to eat ...
Tsukiji : Returned bonito at Hajime Sengyo-ten
(Closed) : Kiyosumi-Shirakawa : Autumn flavor at NICO 2/2