The second day morning, I had breakfast in the hotel. It was buffet style breakfast.
http://www.ryoko-traveler.com/siemreap2014-1/

This noodle was lightly seasoned and good. I didn’t eat fresh vegetables because I had severe stomachache at Uzbekistan before 😛
I got very nervous … 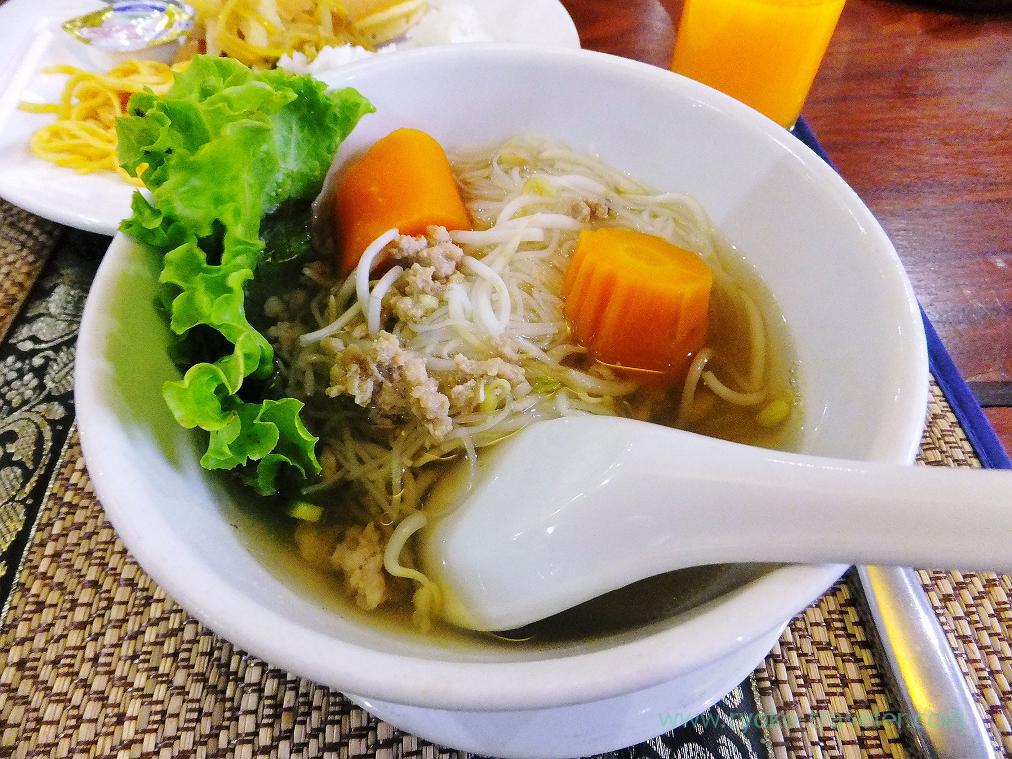 The mango was so sweet and tasty. But somehow the watermelon was bitter. 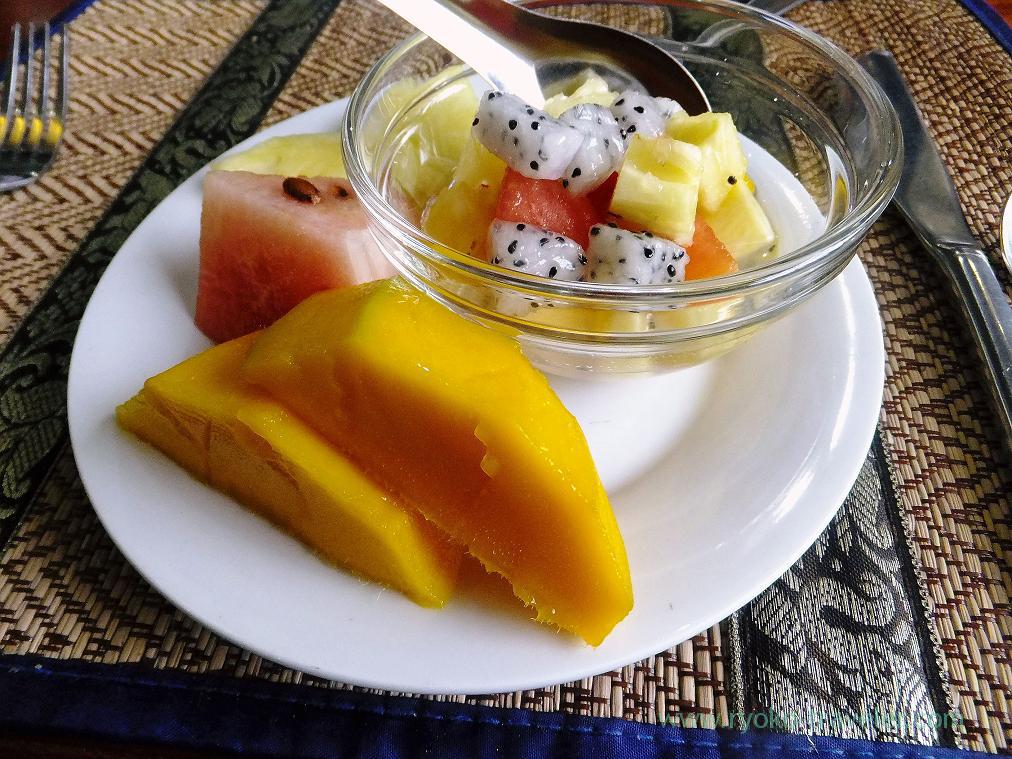 We got out of the hotel at 8 a.m. and went to see sightseeing.
That day, we saw some historical architectures of Roluos Group.
Roluos group was built from the 7th to 8th century. There had been the capital before the capital move to Angkor area. 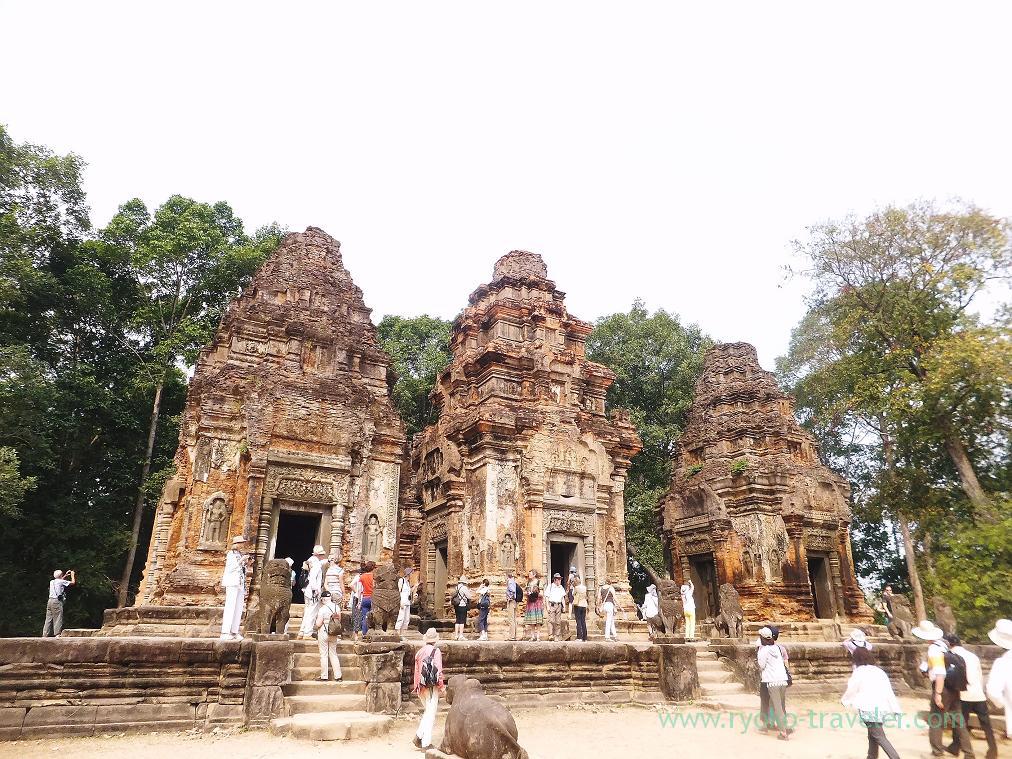 It is Hindu temple and the oldest temple in Angkor ruins group.
It was built in 879 ! But it is in good preservation. 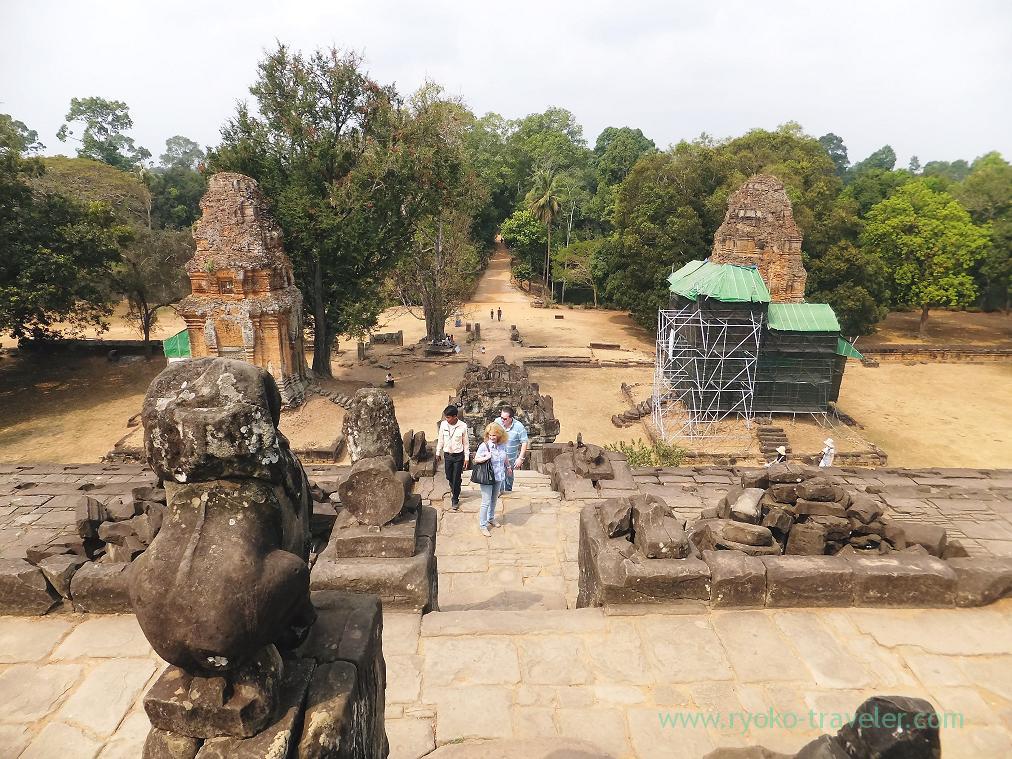 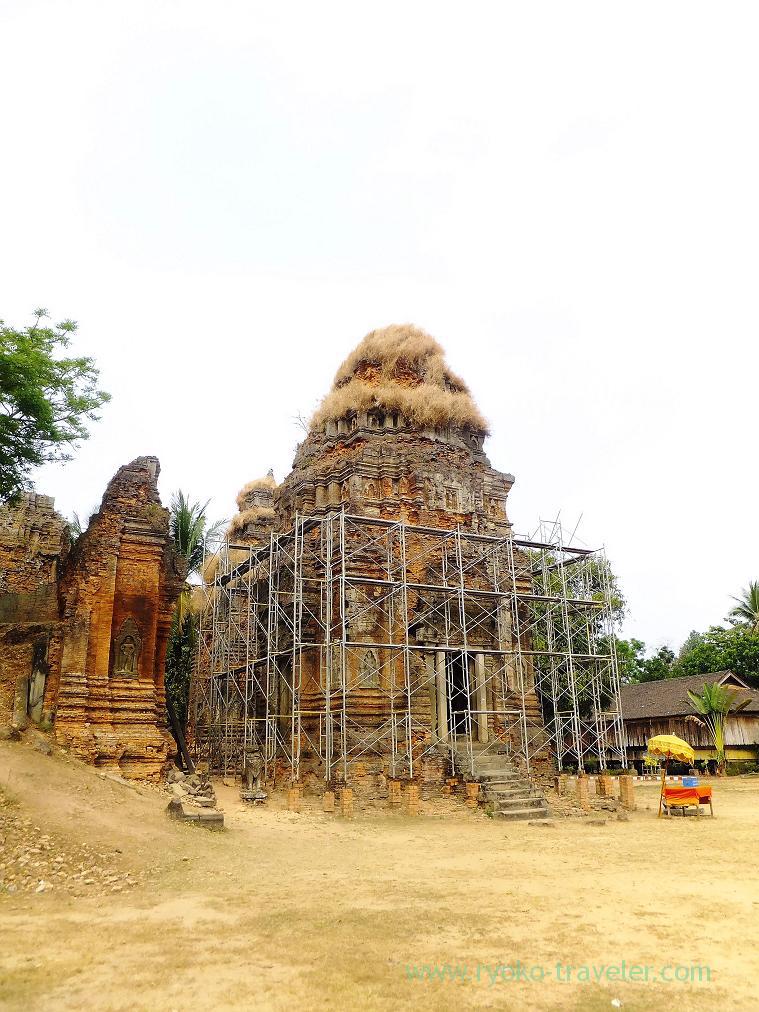 Umm. It was regret that some architectures were under repair … 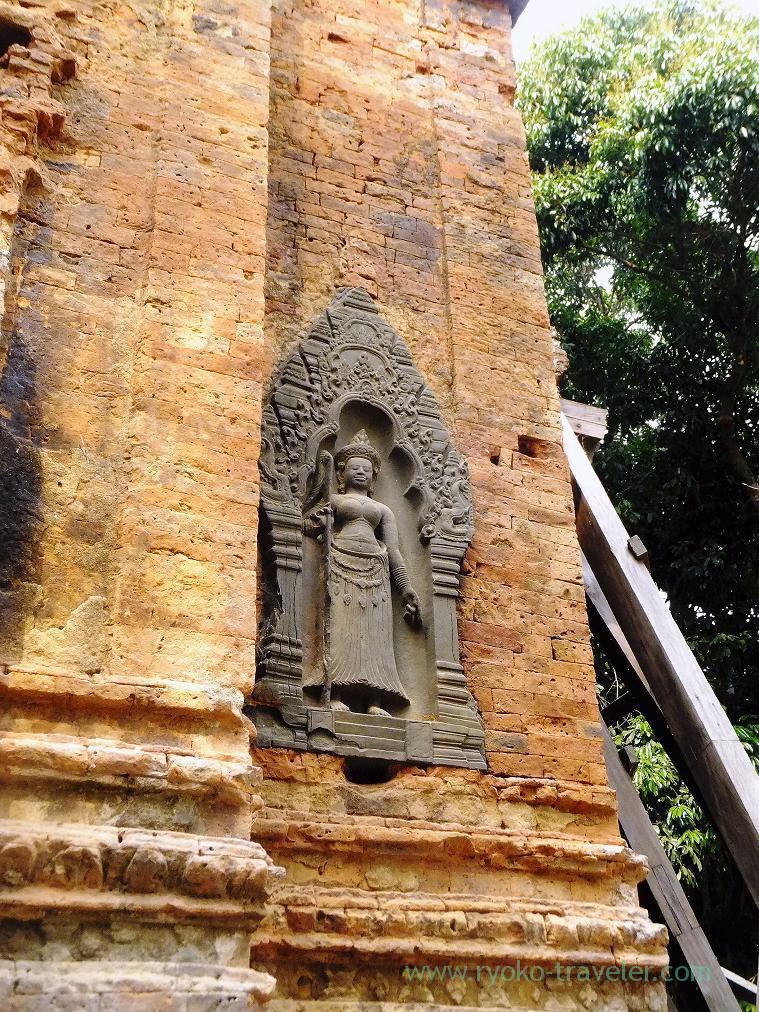 Those scalptures were beautiful. I heard that this temple was not completed. 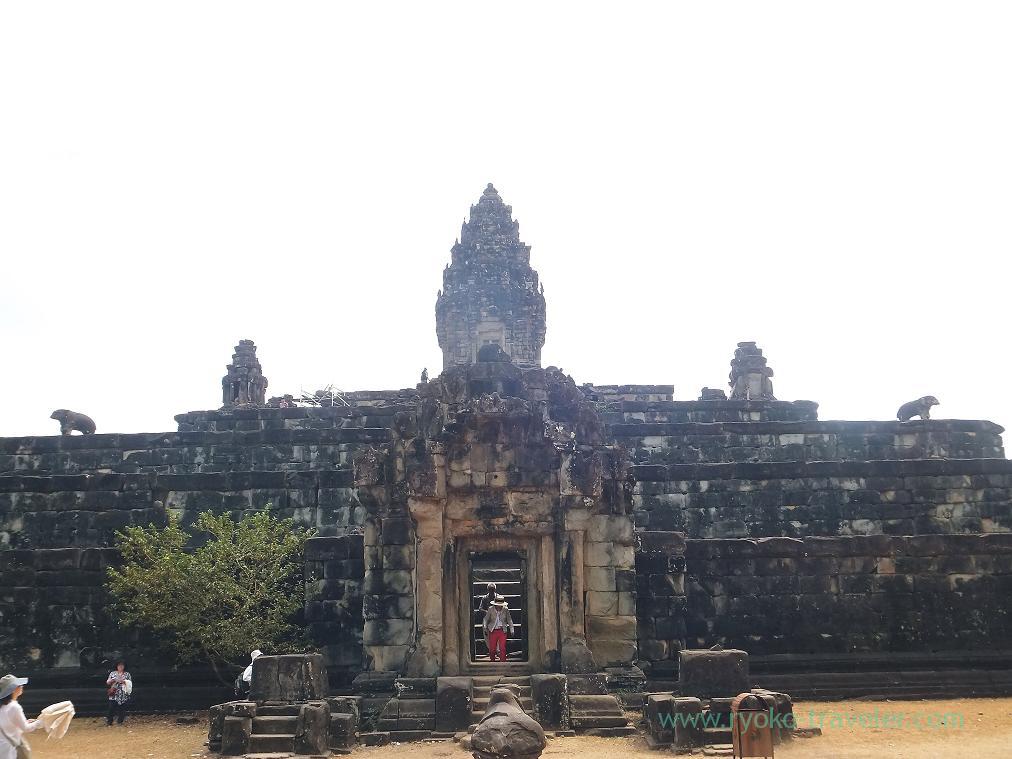 Last, we went to the most biggest temple in Roluos Group.

Our lunch was at Chinese & Cambodian foods restaurant that is named “Bayon restaurant”
Lots of tourists groups from Japan were there. 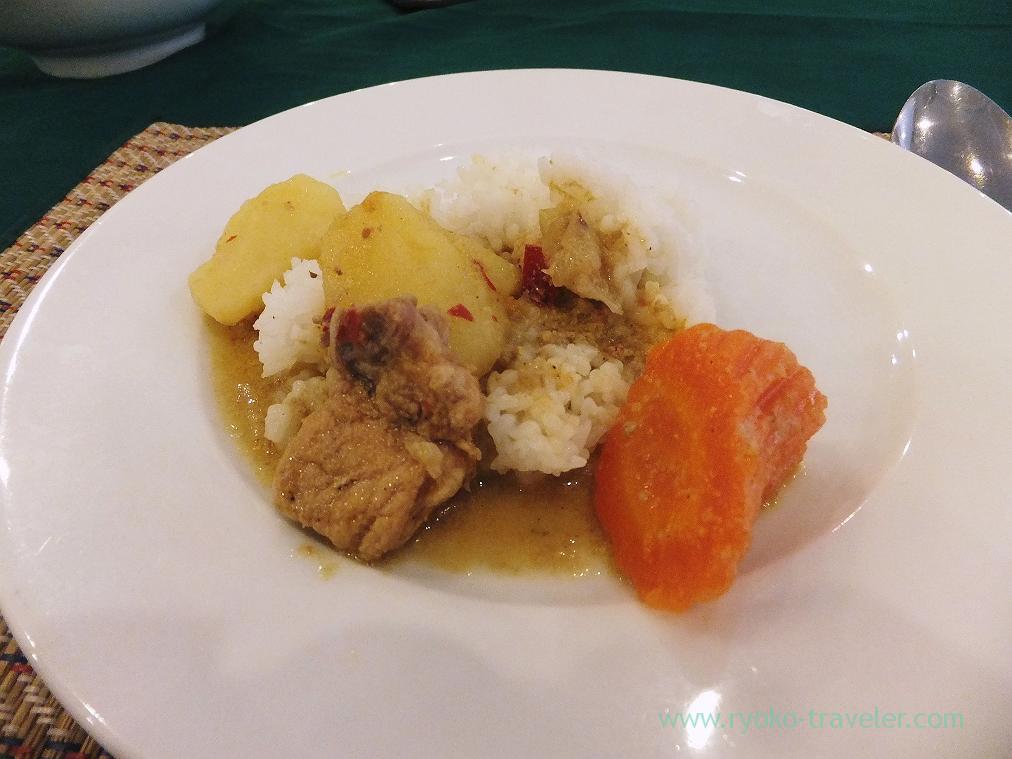 It was spicy but too sweet for me. But I had second helping 😛 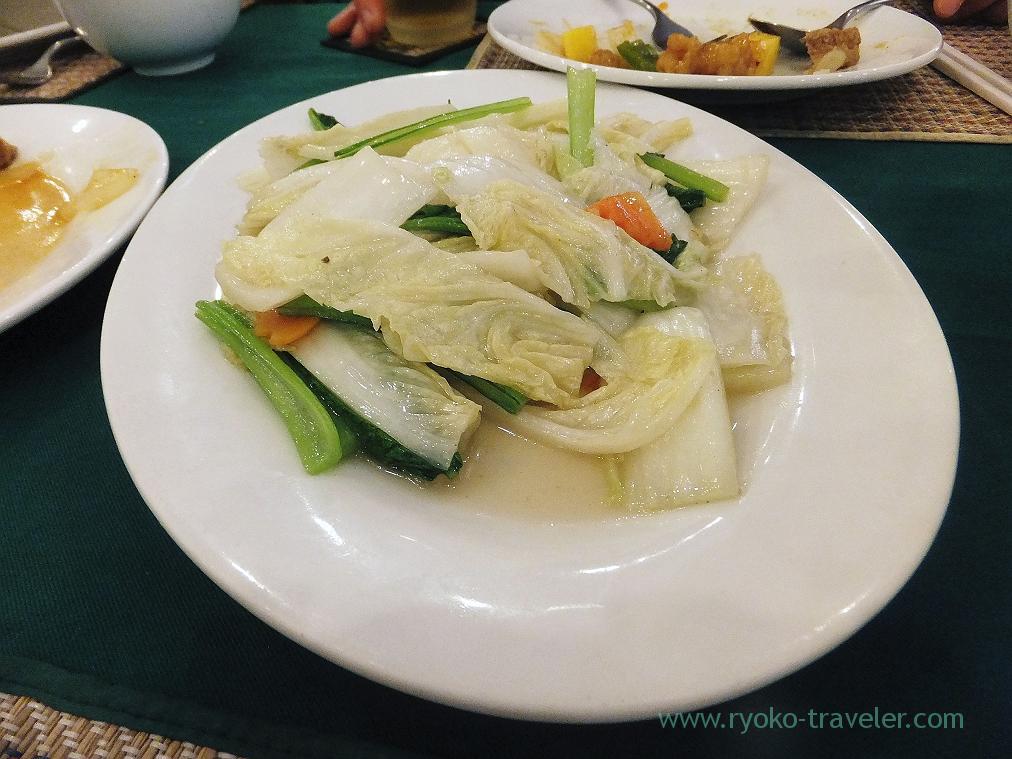 Salted fried Chinese cabbage … Though it was tasty, but I expected that we could eat Cambodian dishes at the restaurant …. (^^;) 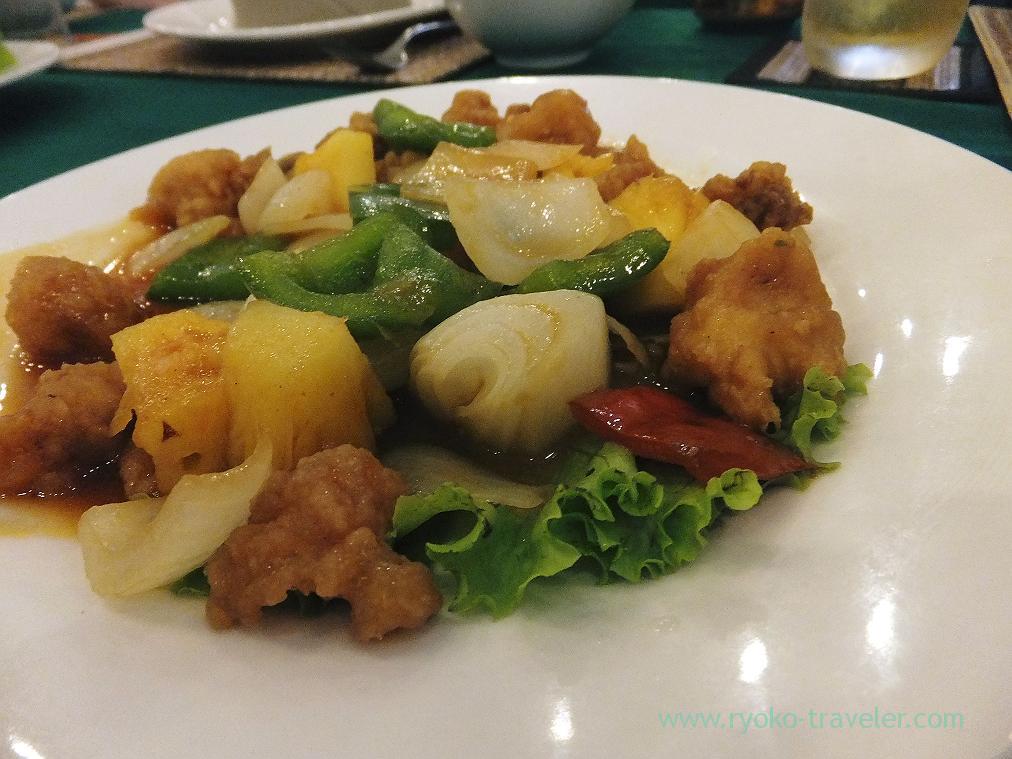 I don’t like sweet sour pork, but it was not too sweet and too sour. It was easy to eat for me. 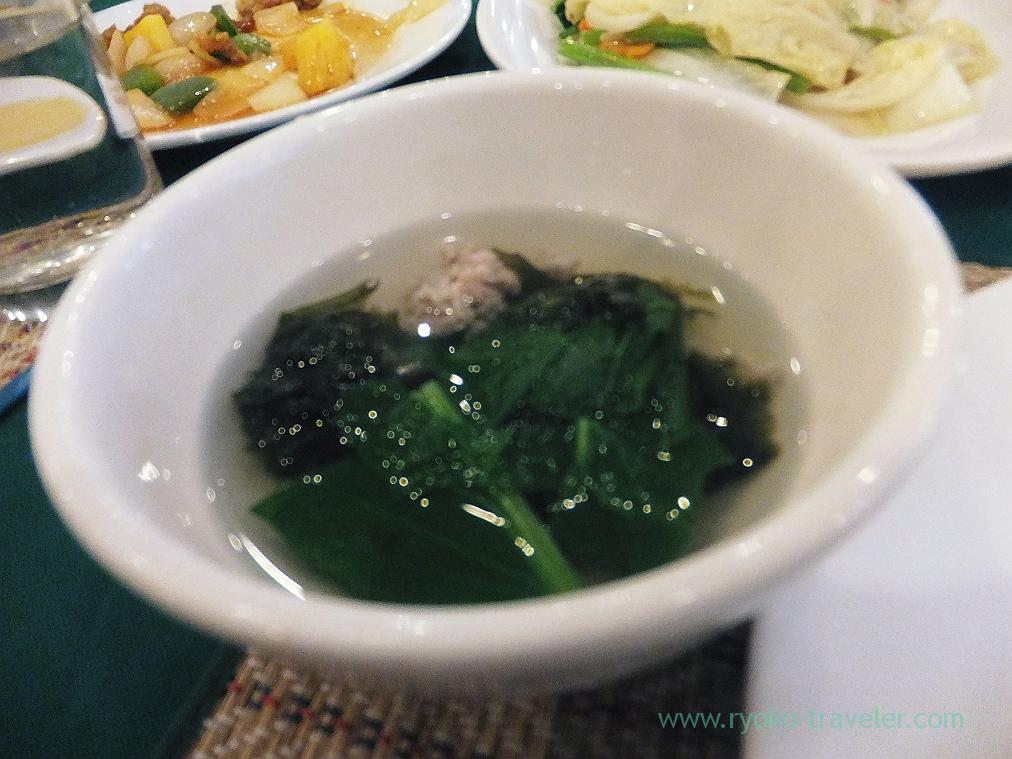 It was also tasty, but why did we eat such a conventional foods for Japanese at Cambodia ….

And fried thick fried tofu with spicy sauce and dessert. We have to share those dishes, so I missed taking some pictures (^^;)

After that we went back to our hotel to take rest for two hours during the hottest times in a day.

We enjoyed until last. The last day of my trip to Cambodia was so busy. Just after having breakfast, we got out of our...

Beautiful sunset ... After taking a break for a while in our hotel, we went to see remains again. At first we went to ...

Inflight meals of Korean air and my hotel at Siem Reap I got back from Siem Reap a week ago :) It was wonderful trip fo...

Last day of my trip in Siem Reap. Next, we saw Ta Prohm (តាព្រហ្ម). Speaking Ta Prohm, this huge tree is so famous....
Tsukiji Market : Sushi as we like at Sushidai (寿司大)
Kachidoki : Karaage at Sake-dokoro Nakamura (酒処なかむら)