There’s one ramen shop that I had wanted to go for a long time, and finally I had a chance to go. 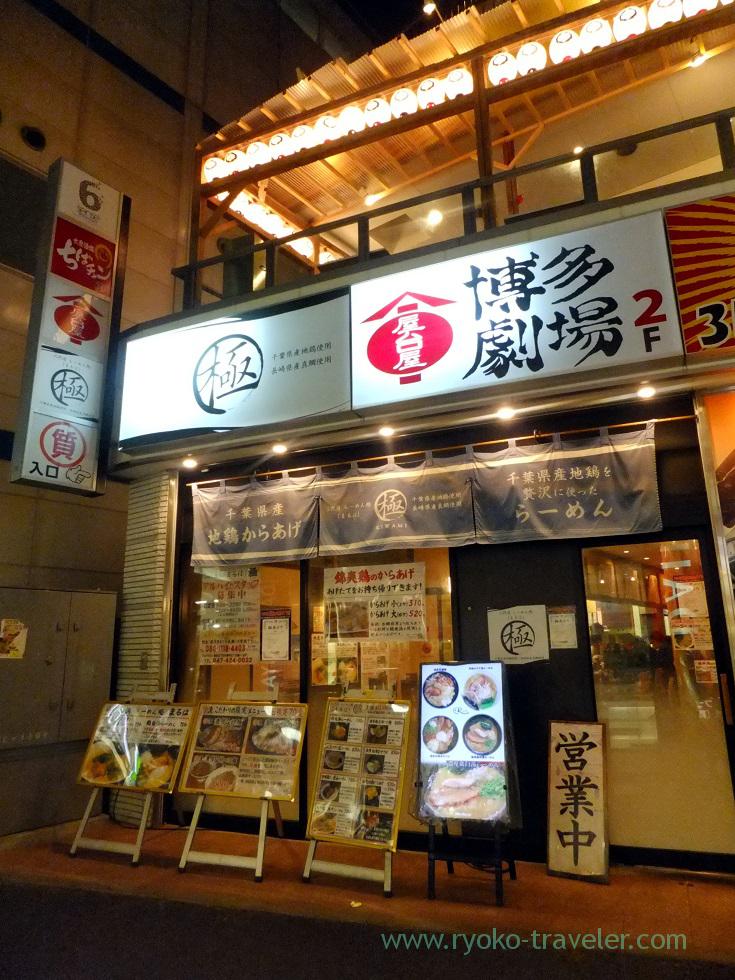 Well, apperance of the izakaya upstairs is fascinating 😉

This shop is particular about place of the production and they use only domestic chickens.
The seaweed is caught in Sanbanze of Funabashi. 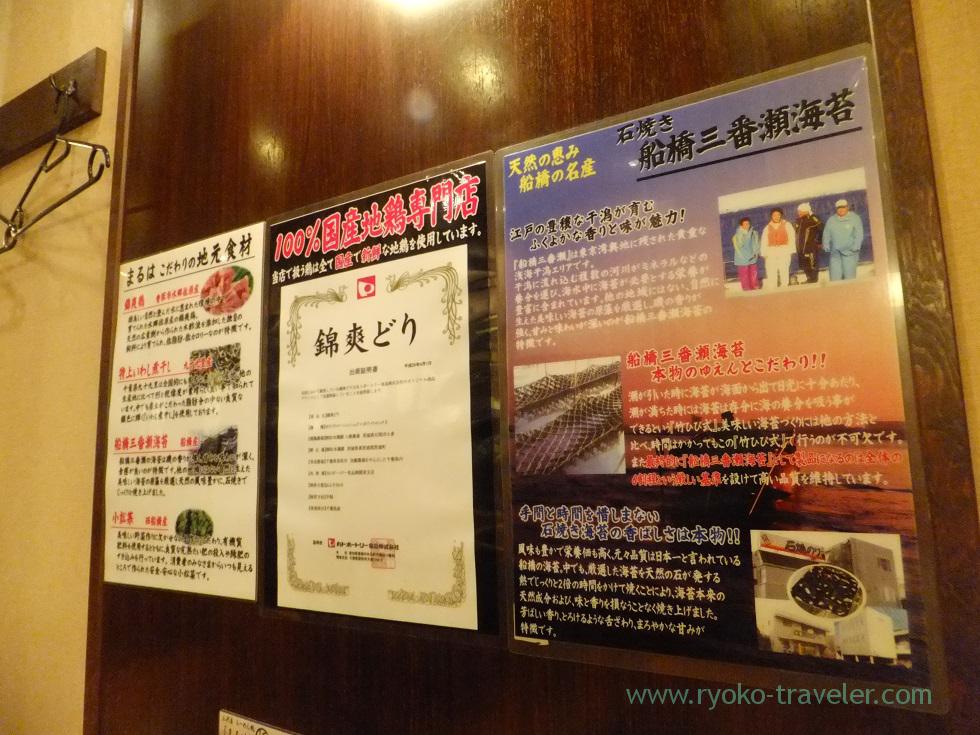 My ramen was this one.
Dried bonito from Kujukuri ramen (九十九里煮干しらーめん, 780 yen) 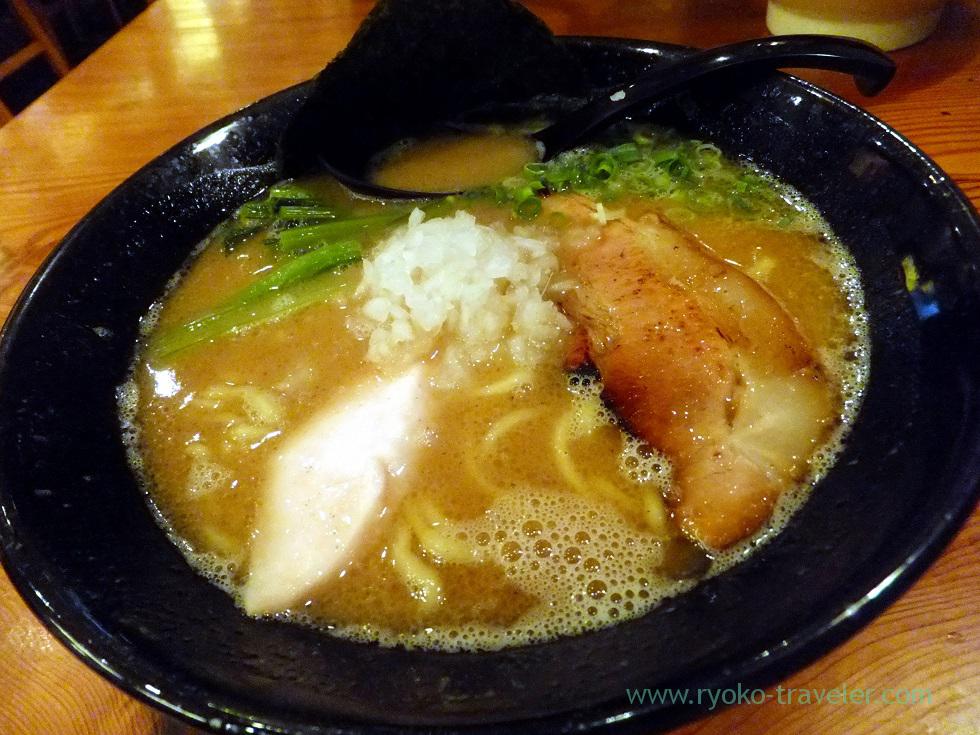 As its name, this ramen had much dried bonito from Kujukuri. But I couldn’t know those dried bonito was caught around Kujukuri or caught another place and being dried Kujukuri ground 😛
Anyway, it had much flavor of dried bonito !
Onions were used as topping for the ramen. It’s a typical ingredient of Takeoka style ramen of Chiba.
I think they are consciously using it as topping.
Speaking of ramen with dried bonito soup, I think it have light taste, but this ramen soup was thick.
But it tasted good 😀 Also lots of toppings were great !

And more, we ate this.
Kinso-dori chicken karaage (錦爽鶏のから揚げ小, 310 yen) 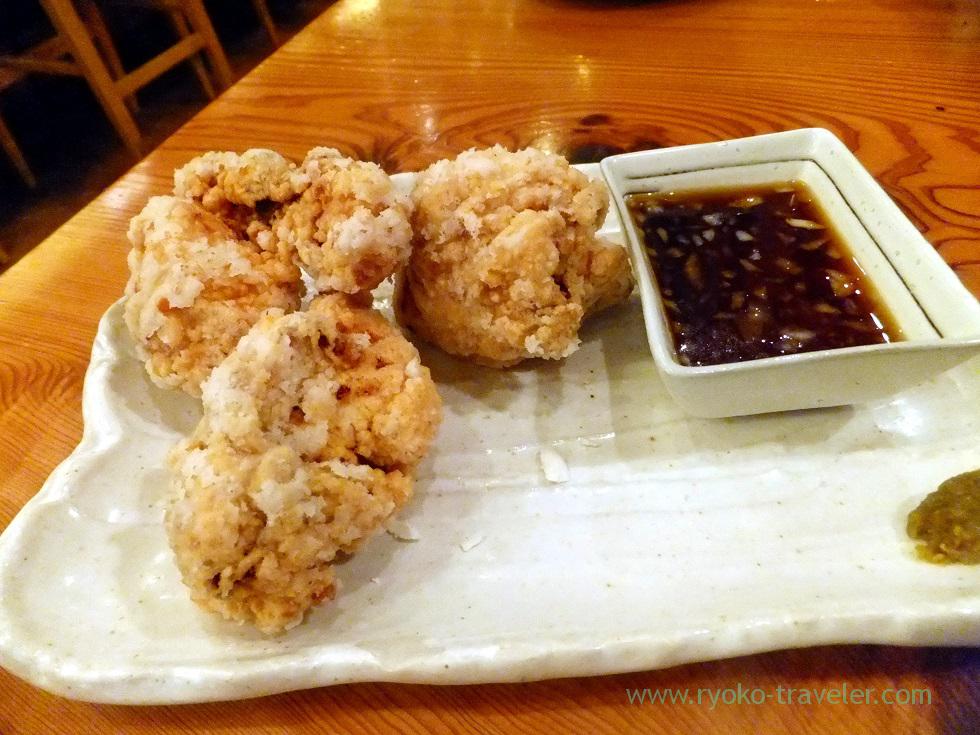 I didn’t know the word “Kinso-dori chicken”. Those chickens are grown up in Chiba. But still most people don’t know the exist.
It is named as such to mean Beautiful (錦), Fresh (爽) chicken (鶏).
The karaage was hardly seasoned because they want guests feel the taste of chickens itself at first. Thick sauce came with the karaage instead.
But… I want to eat karaage with mayonnaise… ! 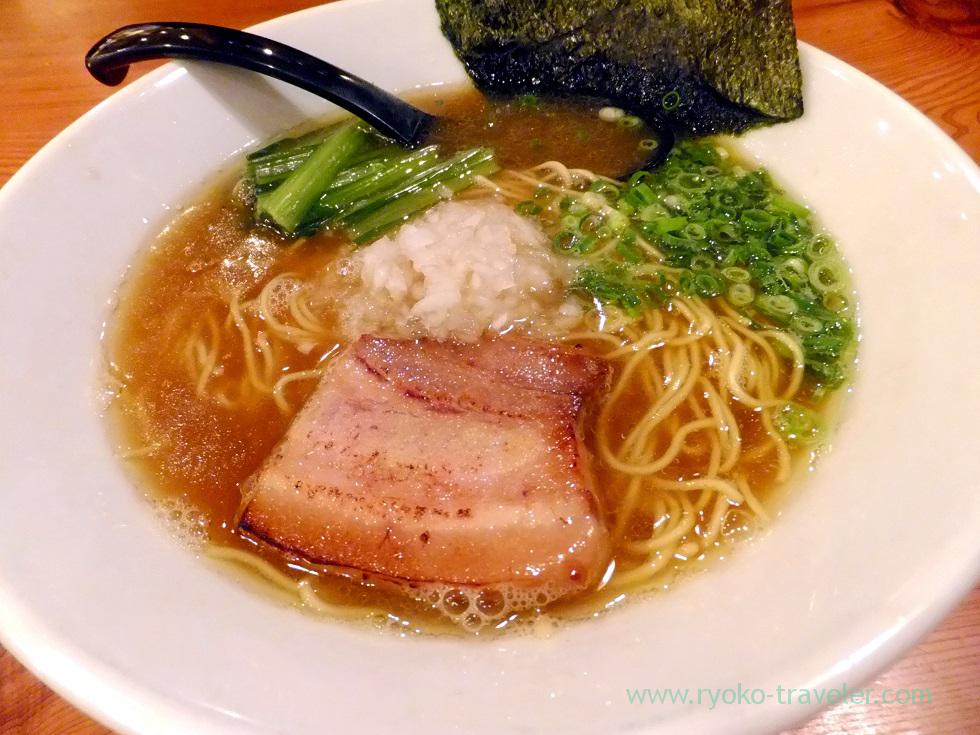 They use some kinds of noodles in accordance to soup.
I tasted it a bit, I prefer this narrow noodle 🙂 But this soup was thicker.

My friend recommended me this shop’s ramen limited morning. He said it is light and clear soup suitable for breakfast. I wanna go there again at breakfast.

Funabashi : Teatime in the air (コピエ)

Comfortably warm weekend. Now we have still warm climate in the daytime. So we can still have tea in the air :) ...

I had a coffee after work with my friend :D The shop's name is Le vont doux . This cafe serves cake set at 650 yen....