Our hotel of second day’s night is in rural area

How many hours did we took from Vladimir to Suzdal ? I don’t know well. But it was so far. As I heard before, I found Suzdal is quiet and peaceful city.
http://www.ryoko-traveler.com/russia2012-6/ 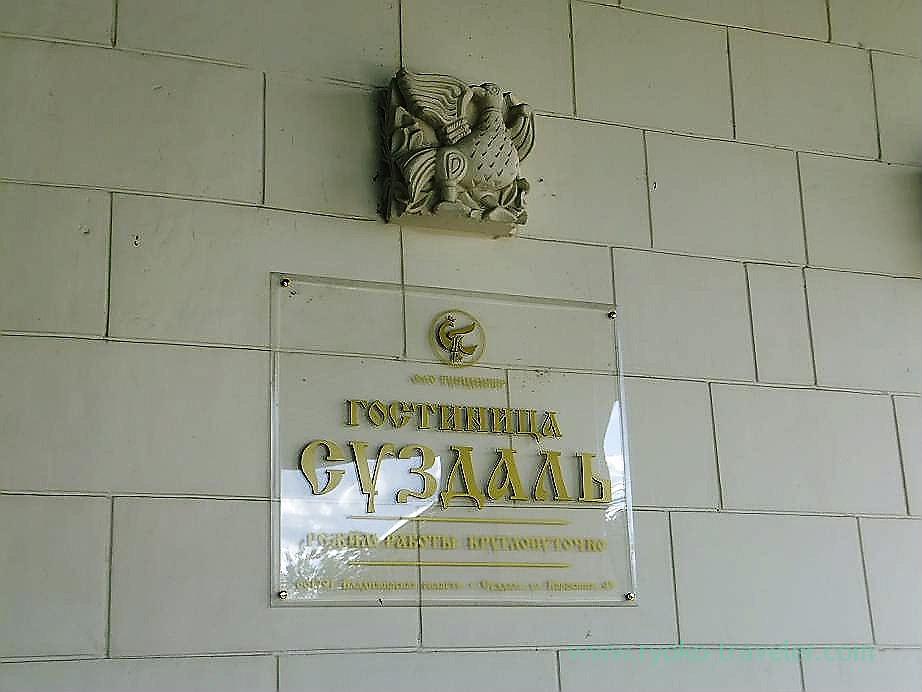 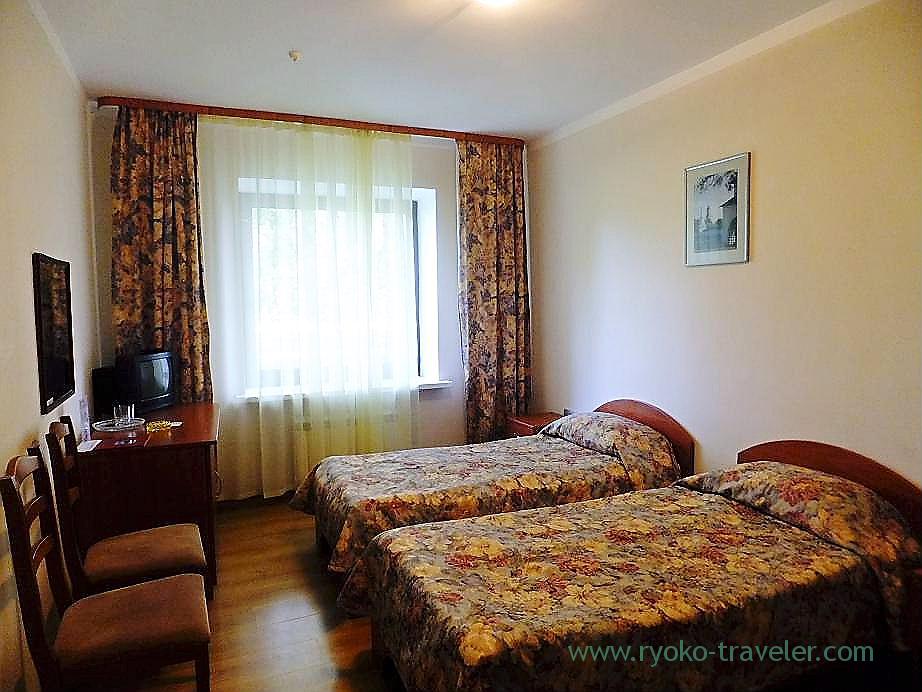 Our guide said that there’re much mosquitoes around the hotel before going to Russia, so I brought insect repellant and antipruritic drugs. But in actuality, there were few mosquitoes. I slept with the window open. (Though the window could be opened only a bit.)

But there were no air-conditioner, so it was too hot in the room !

It has two-storey, and so wide, so it took much time from my room to restaurants and lobby.
And, our room was near the bar, so of sound or voice, to be heard outside loudly :O
I couldn’t sleep well 🙁

Then we had dinner at the hotel.
Bilberries liqueur. It was sweet, and it tasted like wine. 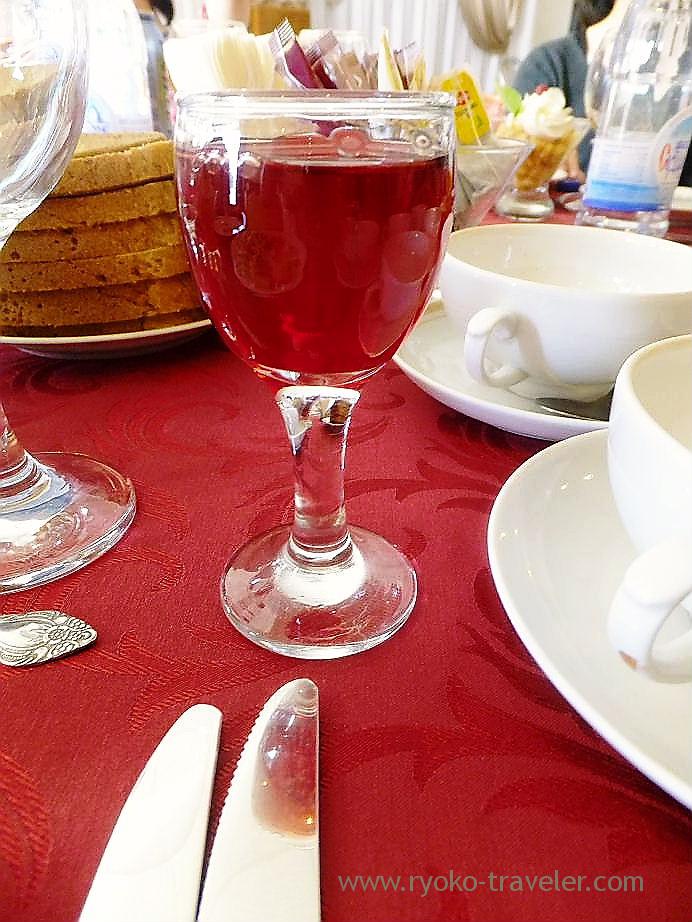 Salads.（For its looking, for its tasting, it seemed weeds …）

The dish was put dressing on. But the dressing wasn’t enough for us in quantity and it was tasteless…..so everyone put salt and pepper on it 😛 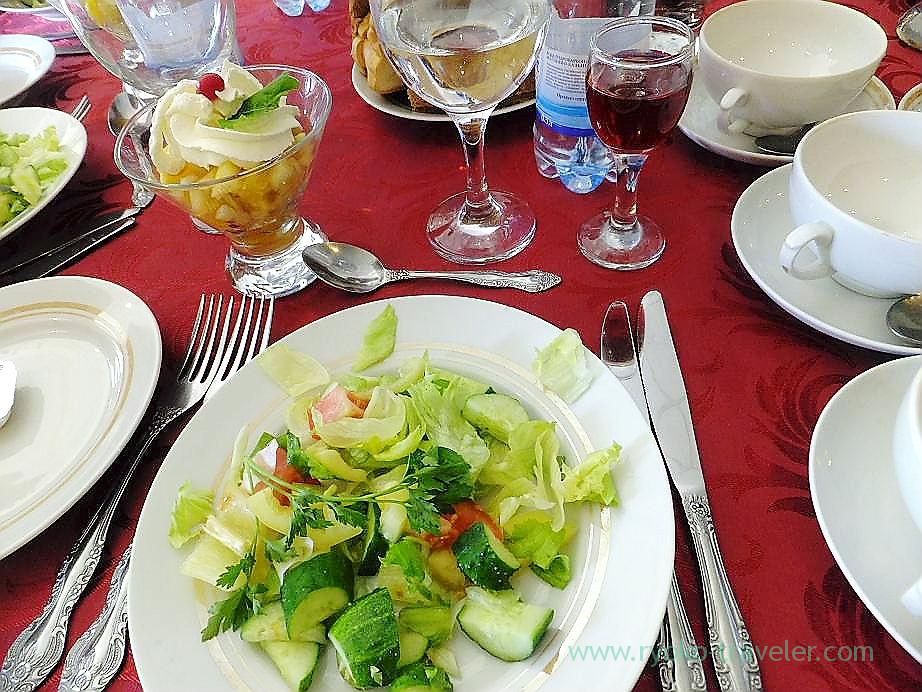 I left almost all the fish 🙁 Because it had a lot of scale :O 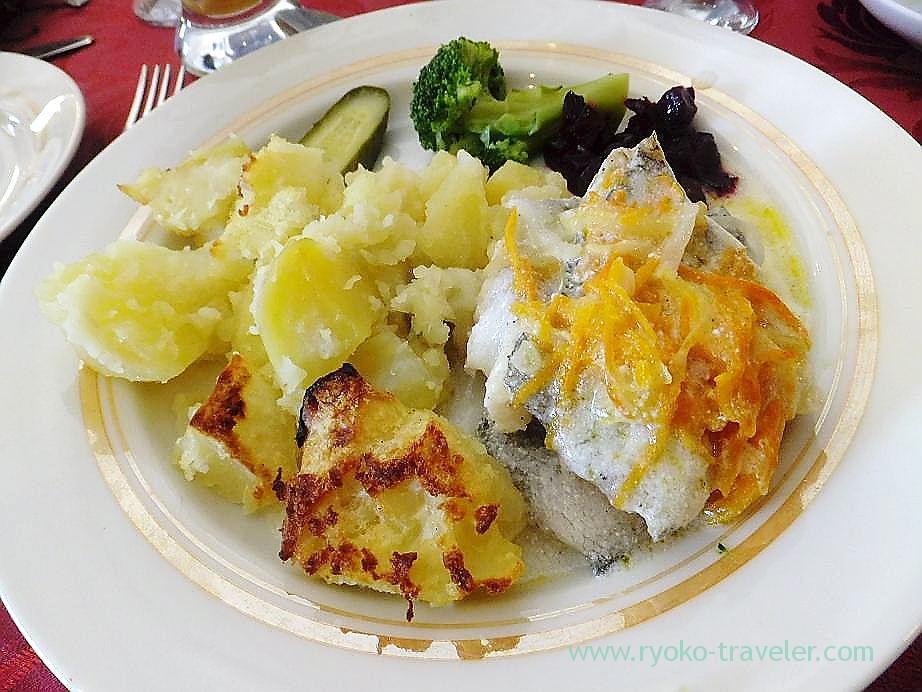 I ate some slices of white breads. Then I went back to my room.

After the meals, I went for a walk around the hotel 🙂
I saw everyone out for a walk, then I went out of the hotel separately.
Long‐awaited wandering ~~~~~~~~~~

Beautiful and artificial city, Moscow The second day, we gathered at lobby in our hotel at 7:00 a.m., after breakfast. ...

I wrote about lunch at the trip September 3, Two weeks have already passed since then :( I want to finish uploading a...