We walked to >Red Square.
This building is GUM department store. 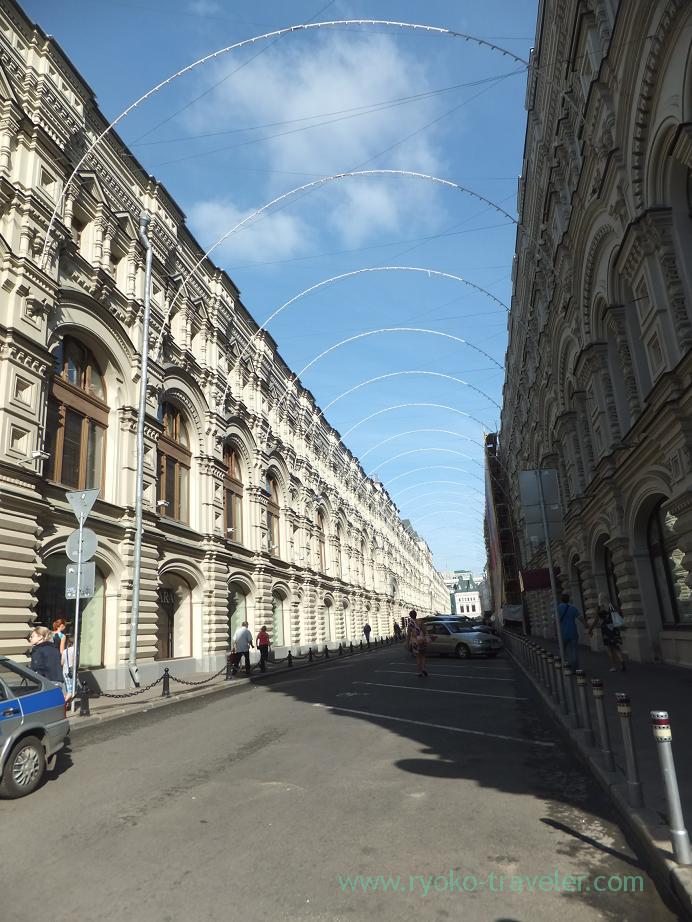 A part of GUM building is now under construction. 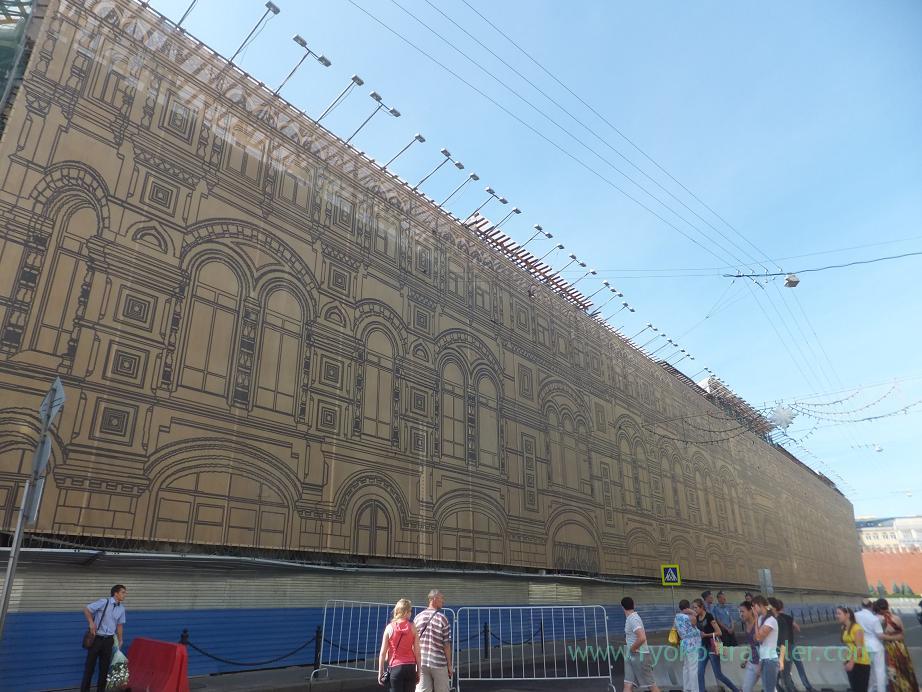 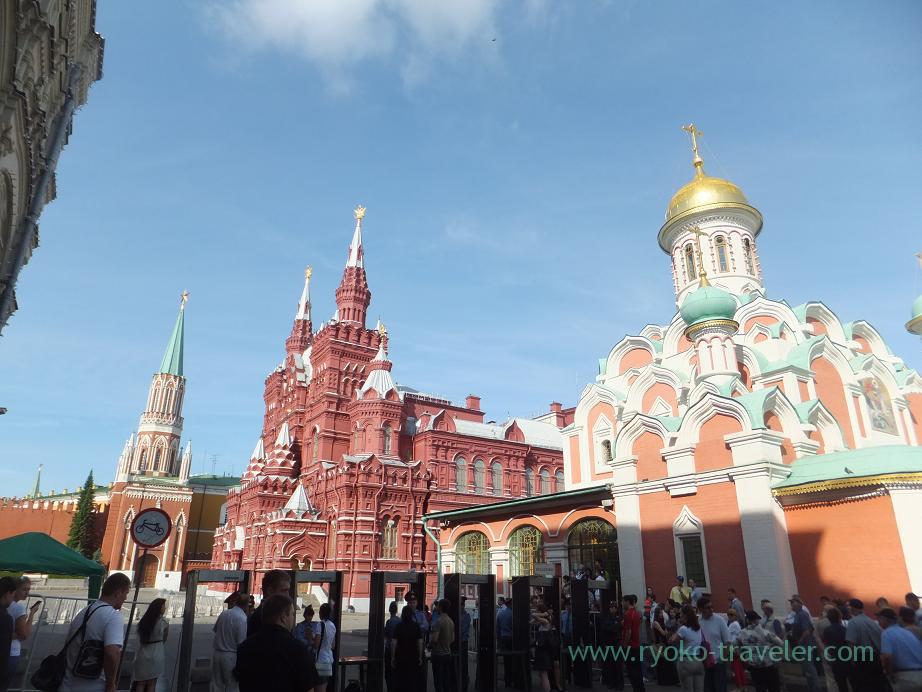 But something was strange….

Red Square was blockaded !!!! There were policemen. 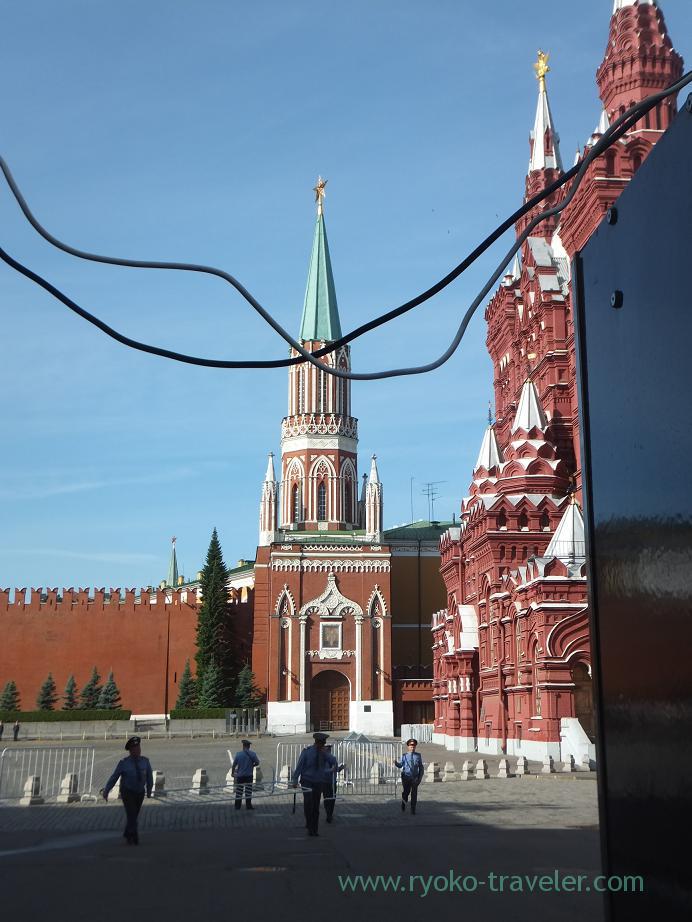 For alas ! Graduation ceremony of police academy was held ! 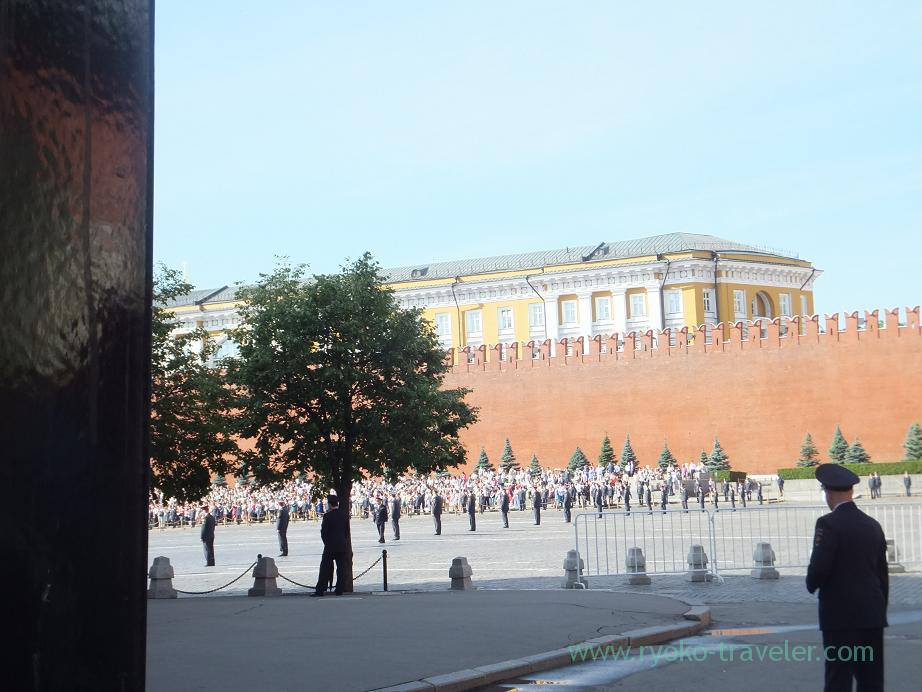 Red Square was off limit 🙁

It couldnt be helped, so we moved to GUM. 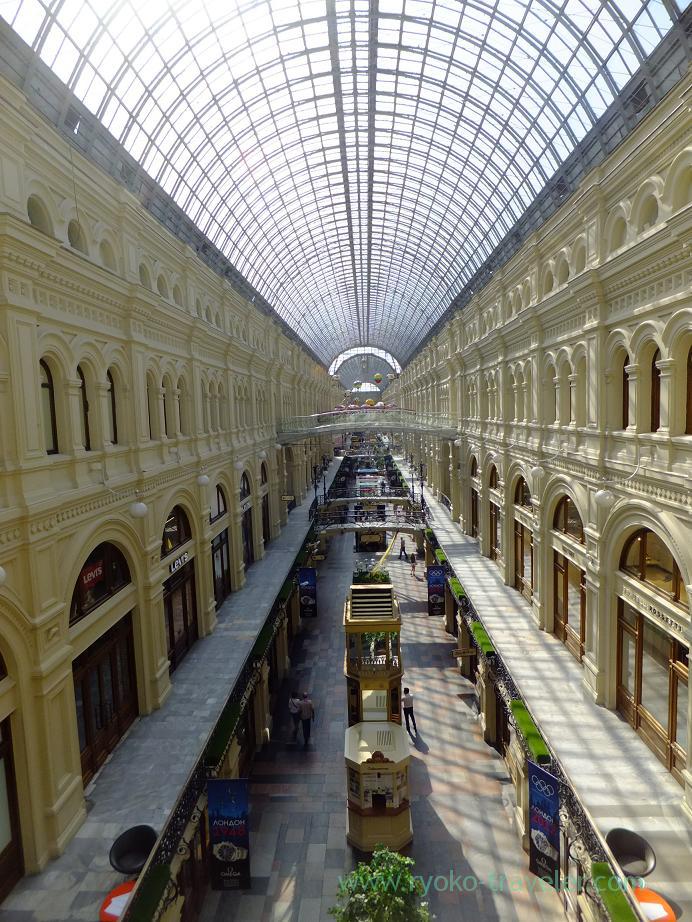 I could see Red Square and th graduation ceremonyf rom GUM a little.
Our guide told us that we would go to Red Square two days later, so we beard this day.

Hanging bicycles from the ceiling. 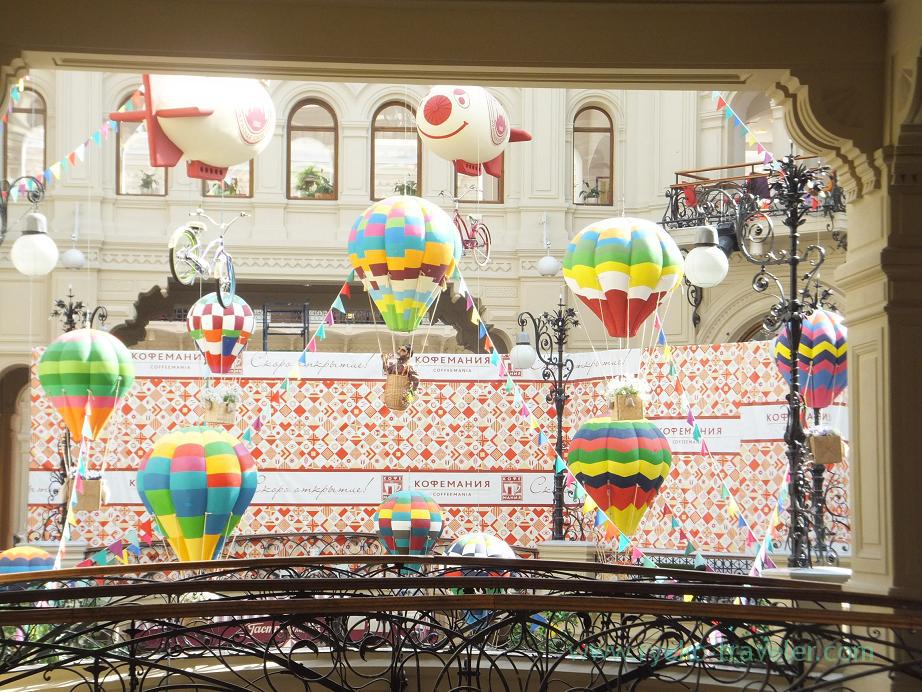 It was very hot, so I bought something like shaved ice. 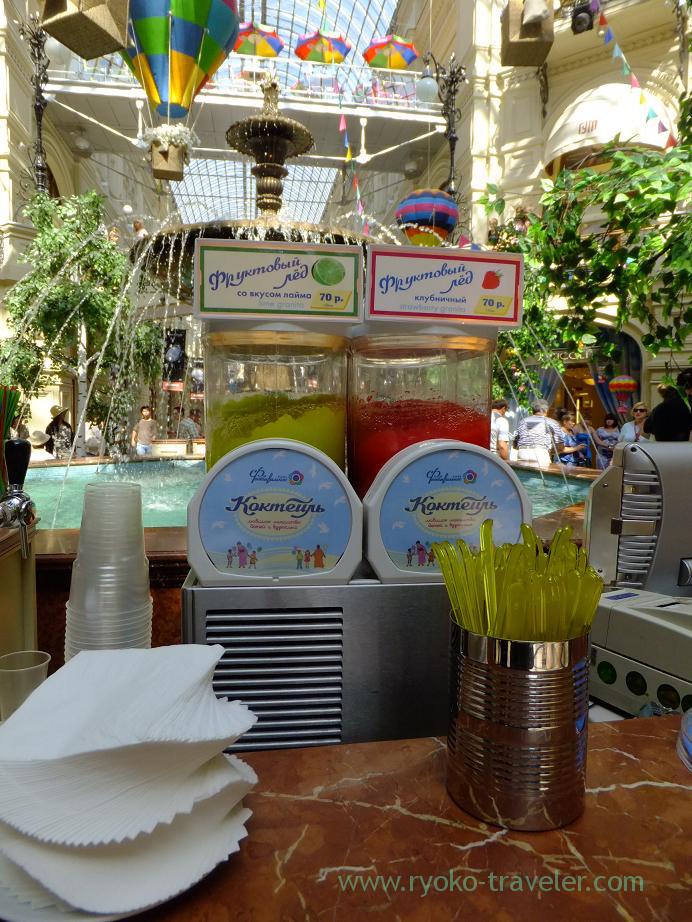 It had a gaudy color. 70 rubles. This was the first time I spent rubles at this trip. 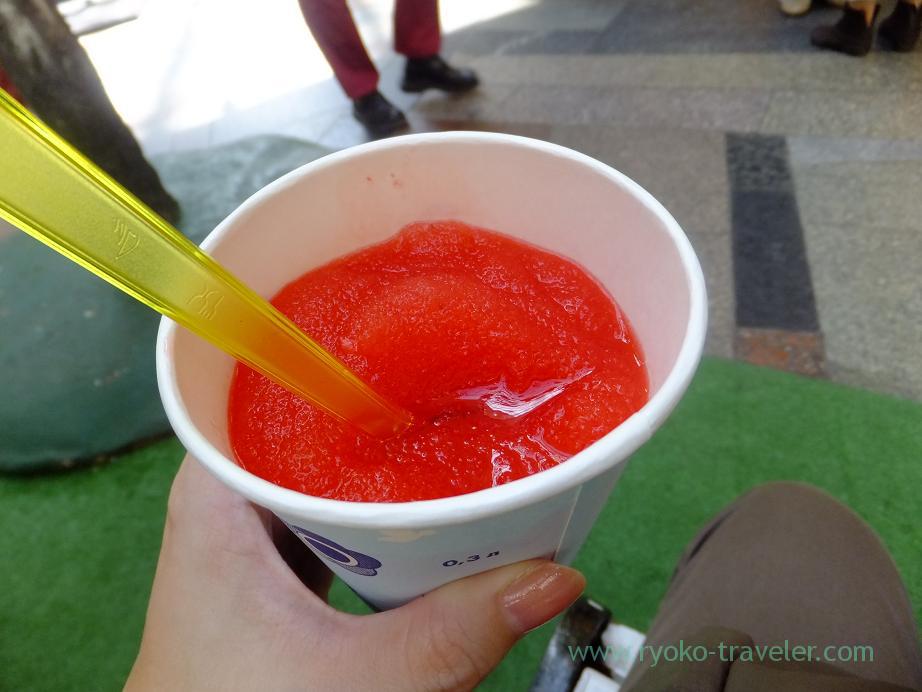 GUM did not sell something good for me. There were some shops that have branches in Japan 😛

It was pity for me, once we finished sightseeing in Moscow.
We went toward Vladimir.

I cancelled the reservation

After arriving Fukushima station, we went to ramen shop and then we took a rest at a cafe. Both of shops are popular aro...

This is continuation of my travel diary at Russia in this summer.(I want to finish writing about the travel before the y...

Next morning,  I took the bath again. There was a lot of snow piling up :O And it continued snowing. The whole world...
(Closed) Kohaku (自家製麺 琥珀) in Minoridai
Tantanmen noodles :) (Minoridai)