Well, what I ate at Ruifeng night market after all was…

Though I wanted to eat yakitori, 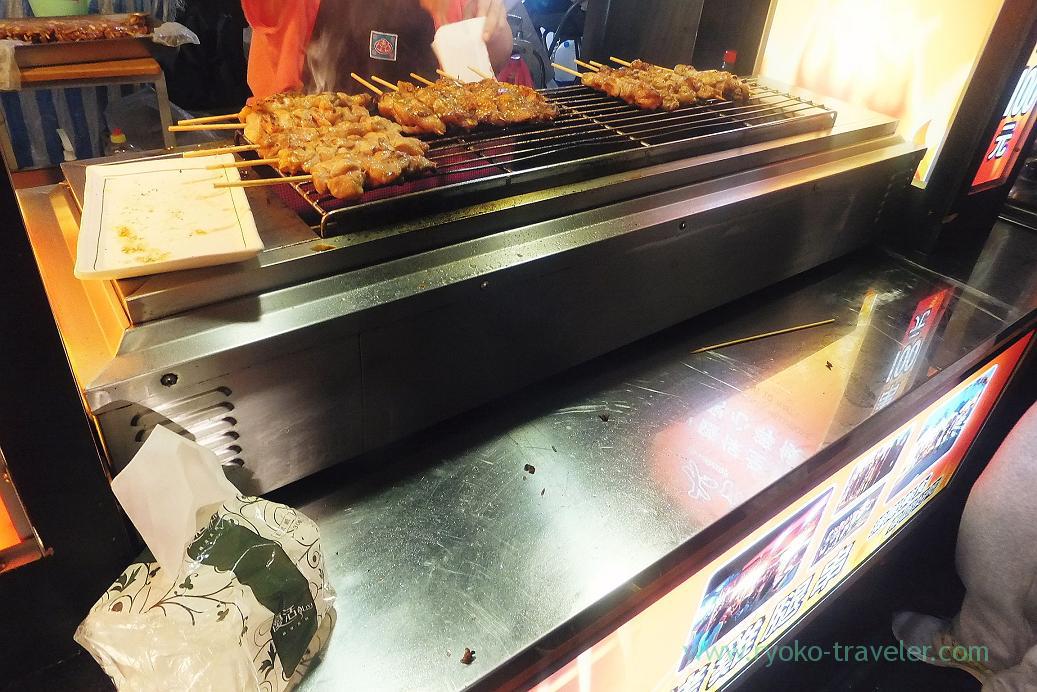 I decided to eat 海鮮鍋 (Seafood hotpot, 100 TWD) at 池王 that I had wanted to eat when I visit to Taiwan.
Those Japanese words are something strange… but no problem ! I pointed it out ! 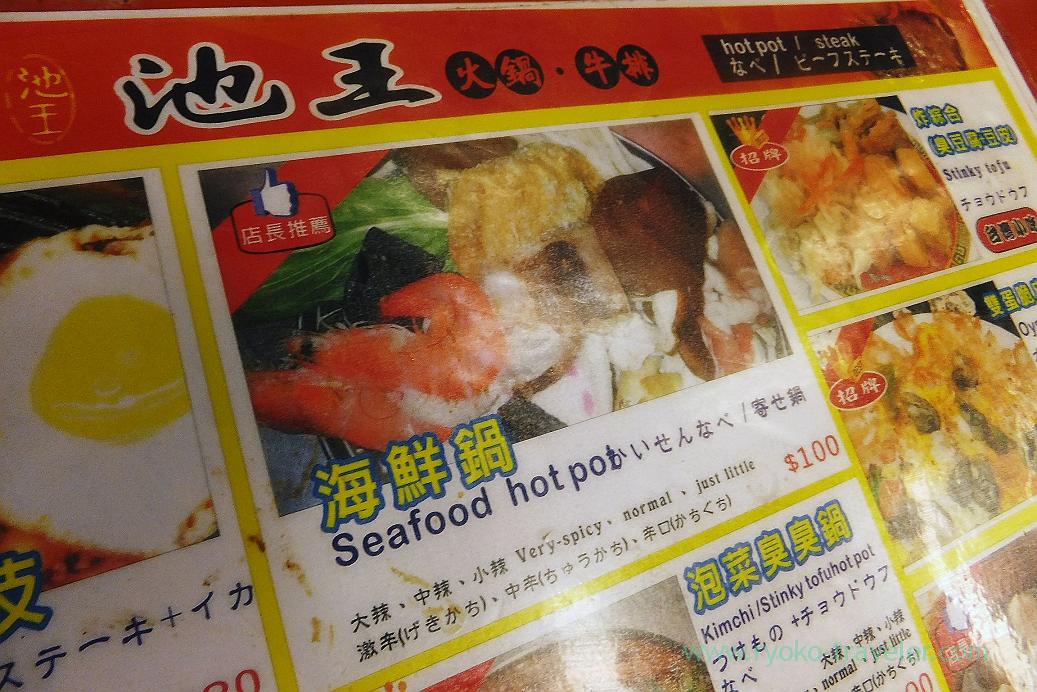 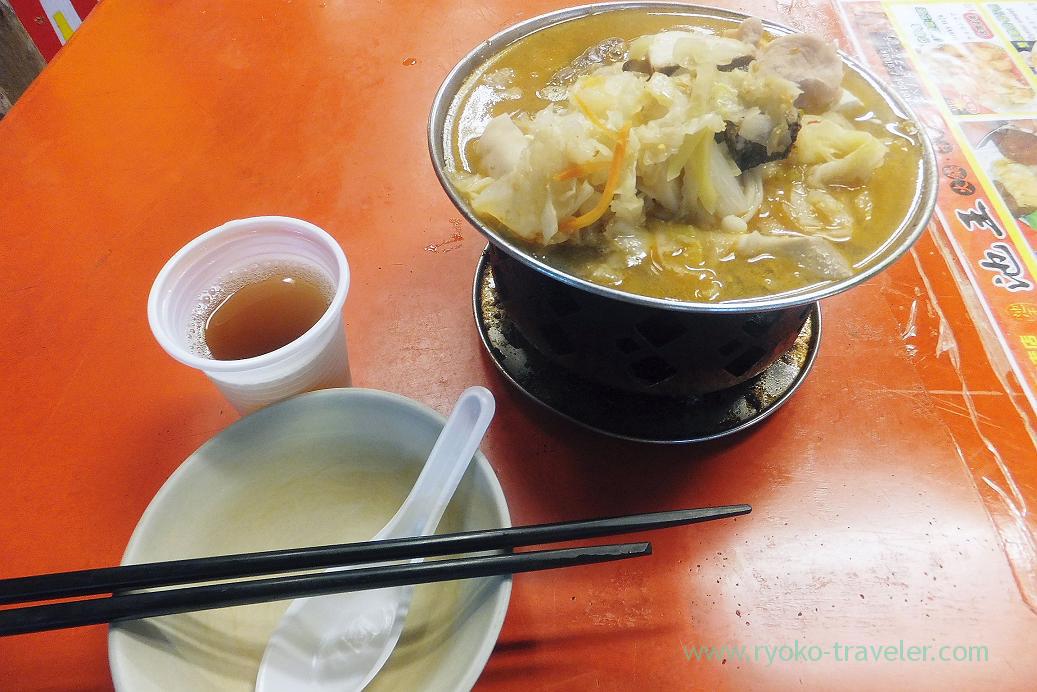 They fried all ingredients once and then they put them into the hotpot.So, everything was cooked when it was served. I could eat soon.
Cabagge, carrot, enoki mushrooms, and so on. But to my disappointed, there was little seafood in the hotpot as you see 🙁
Only a few slices of fish were in it. Though I ordered very spicy hotpot, it wasn’t spicy at all. 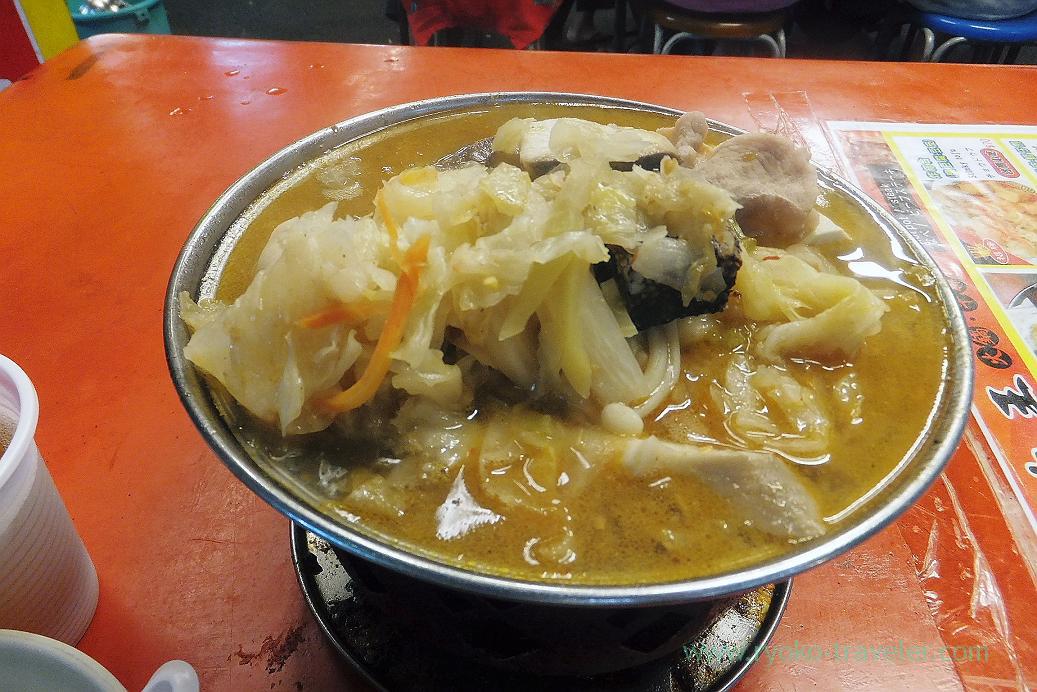 What’s this ? I thought at first and asked the staff. He said to me that it is blood of duck. Oh my…
I didn’t hate its taste, but I couldn’t like its springy texture 🙁 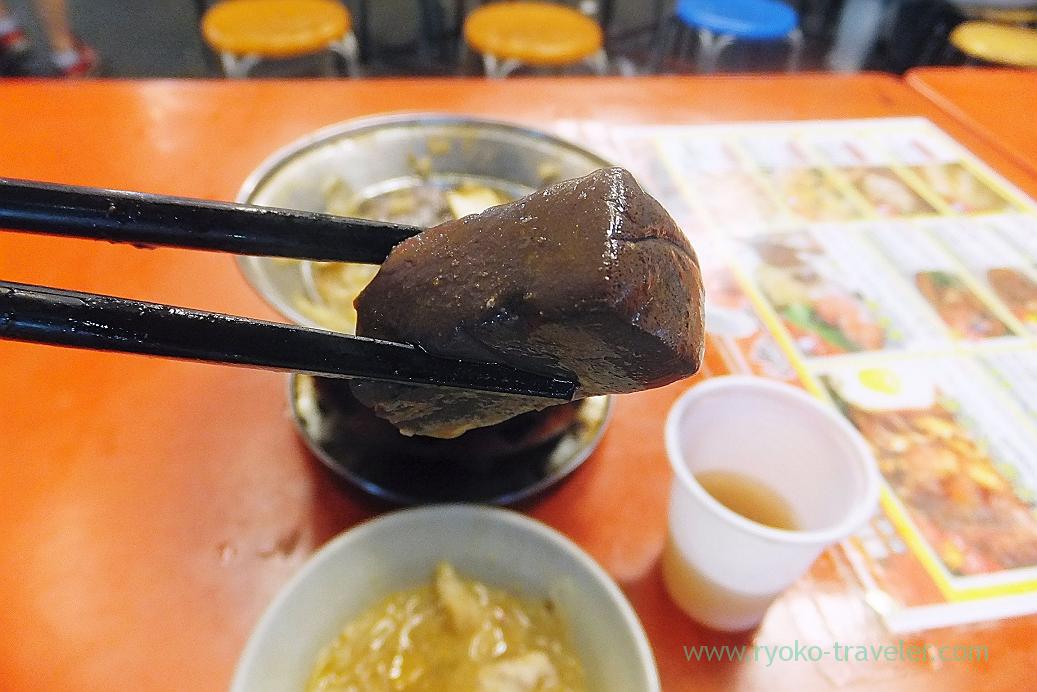 After that I ate soup dumplings at this stall. The lady gave order sheet to me, so it was easy to order though I can’t speak Chinese 🙂
邵師傳上海湯包 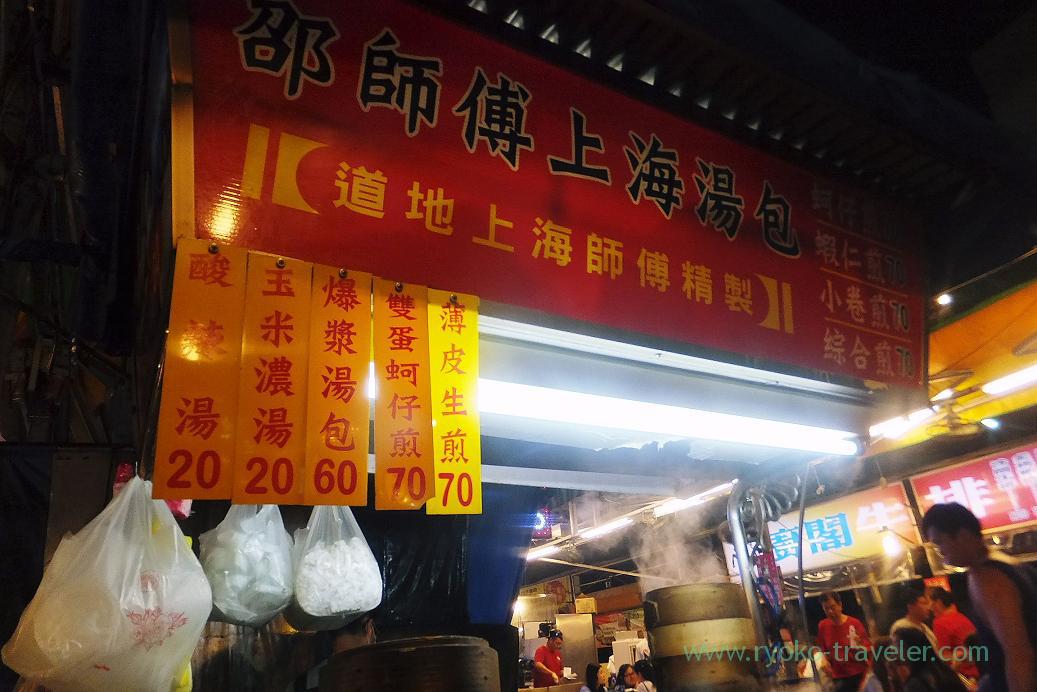 爆漿湯包 (Soup dumplings, 60 TWD)
It had plenty of soup 🙂 I like it. And this 8 soup dumplings made me full :p 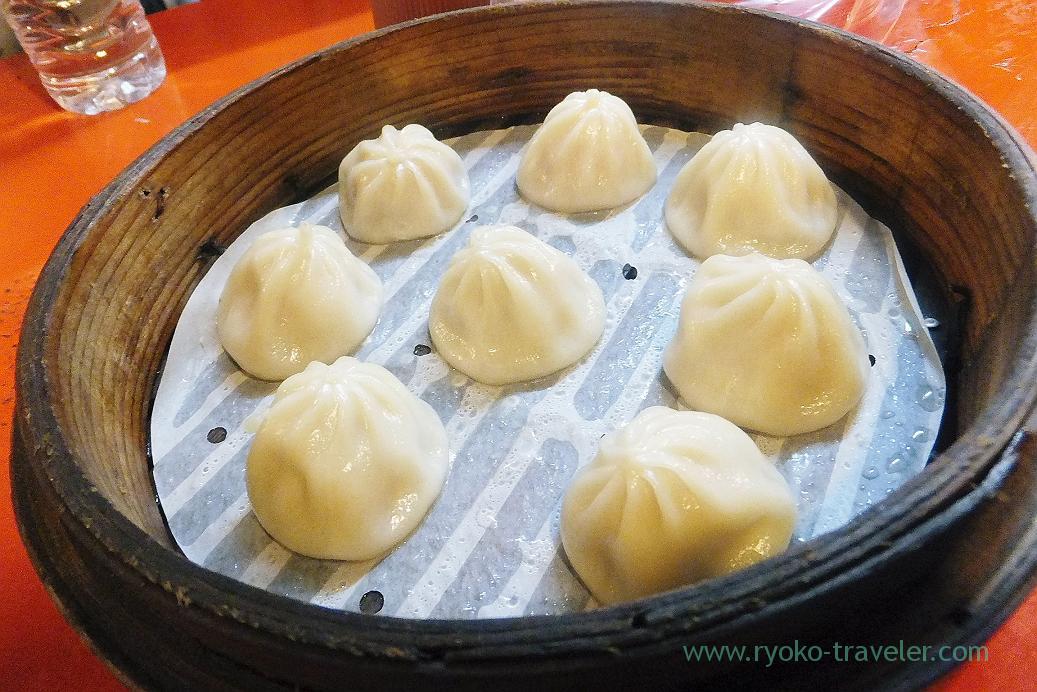 So, I went back to my hotel after finished eating them.I got tired of large number people… 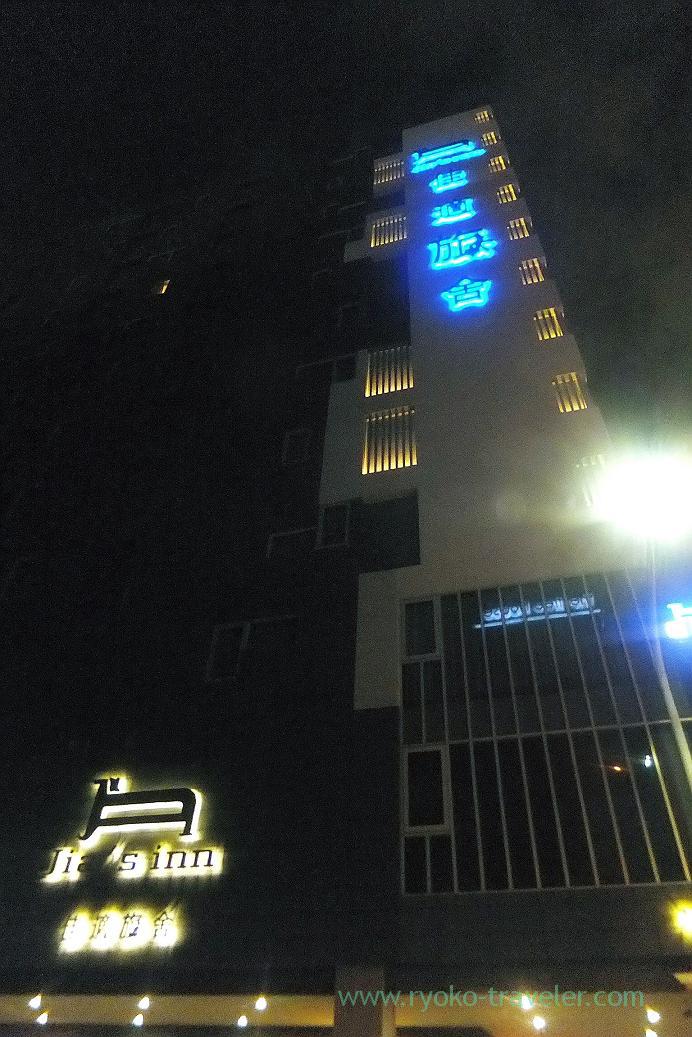 I heard Shennong street in the evening have nostalgic atmosphere, so, I visited there after dinner. Where ? ...

Mostly I visit Ningxia night market at least one time during my trip in Taipei. I rarely eat rice at there, but I felt ...

Kaohsiung 2015 : Walking around the hotel in the morning (茶之魔手)

Last morning. The third day of my trip. Last day. I woke up around 7 a.m. and took breakfast at the second floor of th...

I got to Formosa Boulevard (美麗島) station around 4:30 p.m. It was still bright. I stayed in Jia's Inn Liouhe Bran...