I heard the shop named Re-fish Shokudou is open until end of this August and my friend took me to there.
The shop is in the prefab house. After the shop end their business, new limited-time shop will open again. 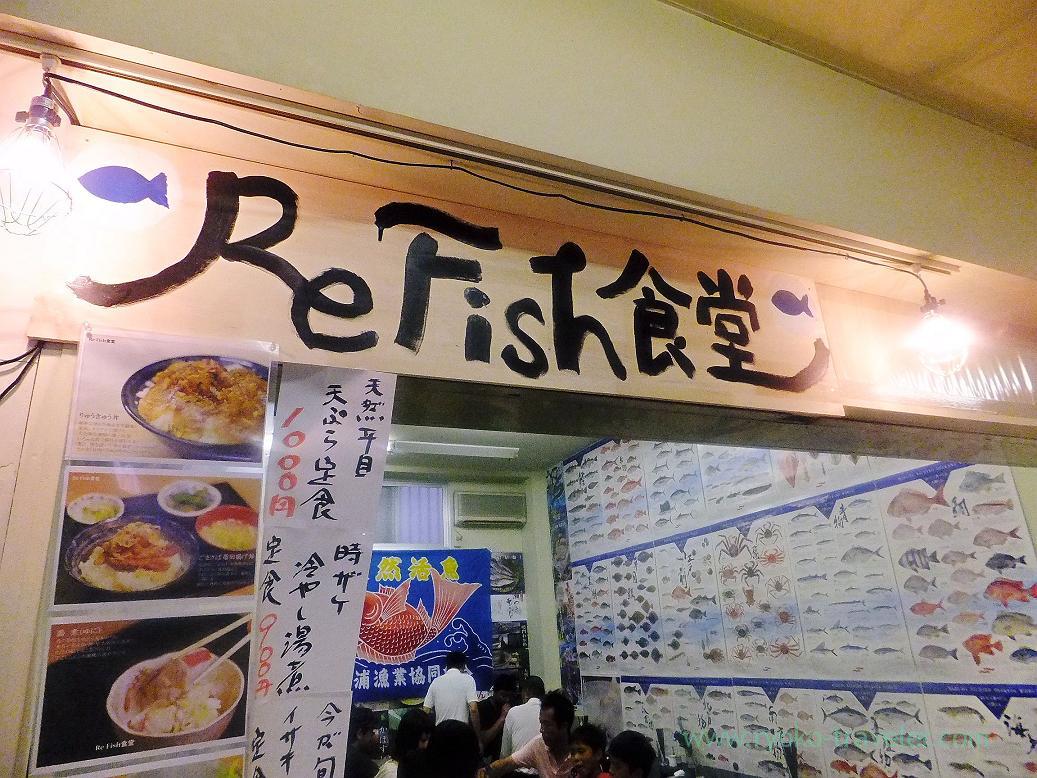 I remember this flag,,, If I remember right, former shop had this flag 😛 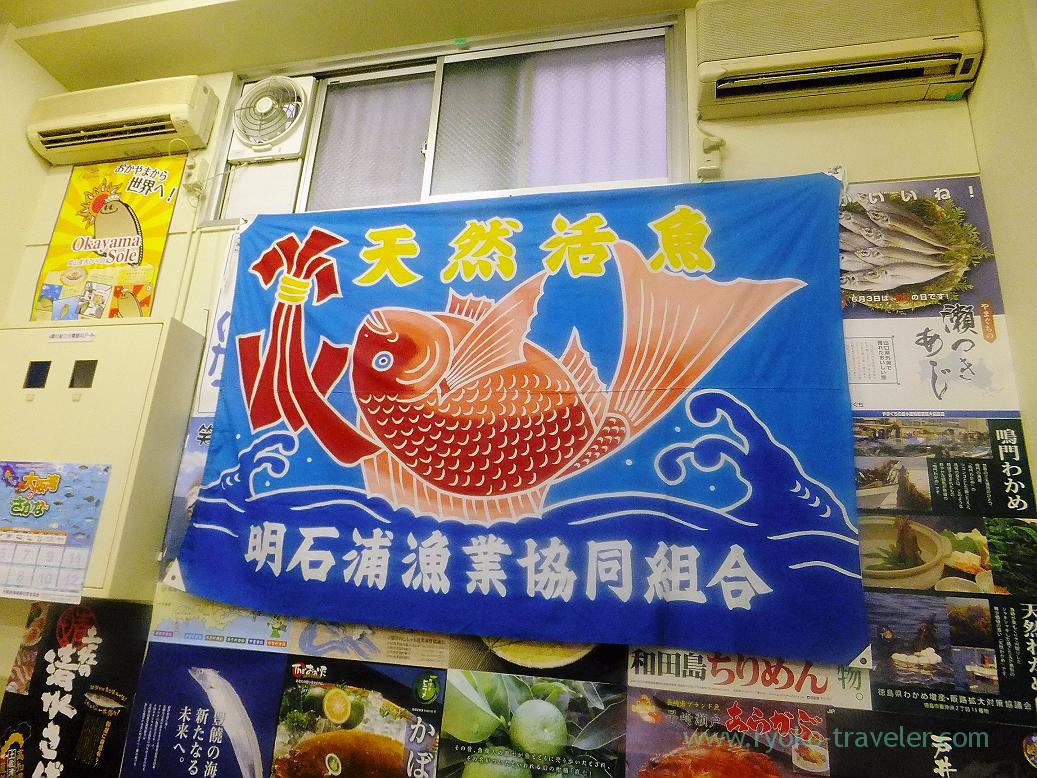 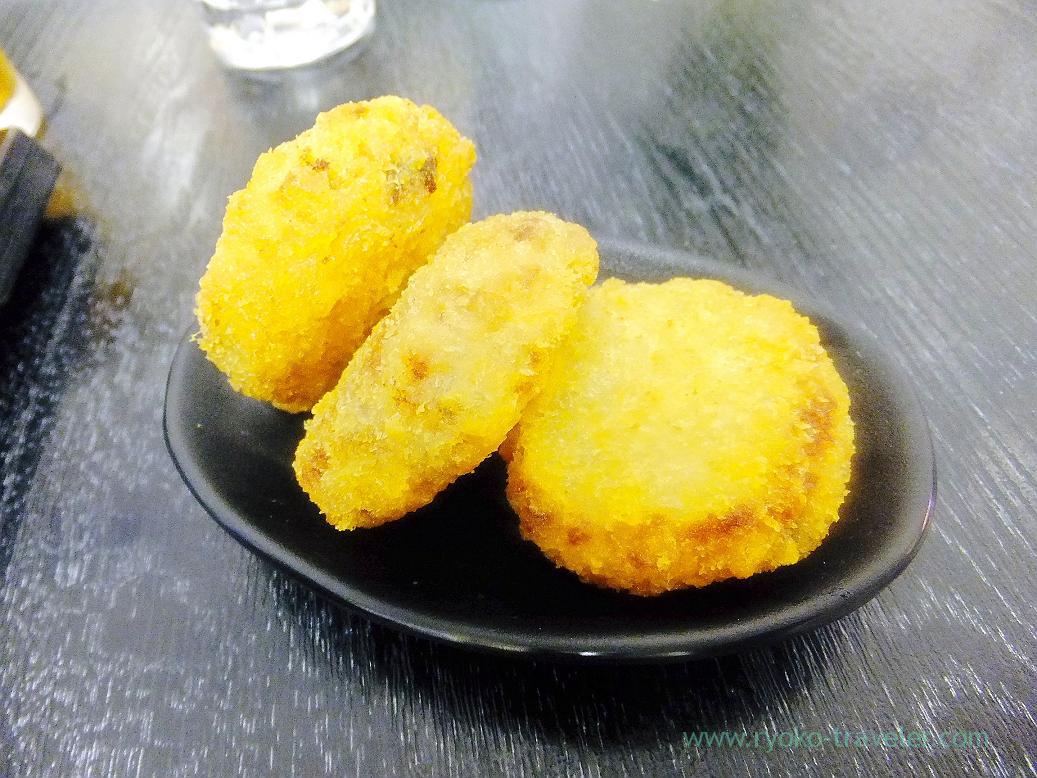 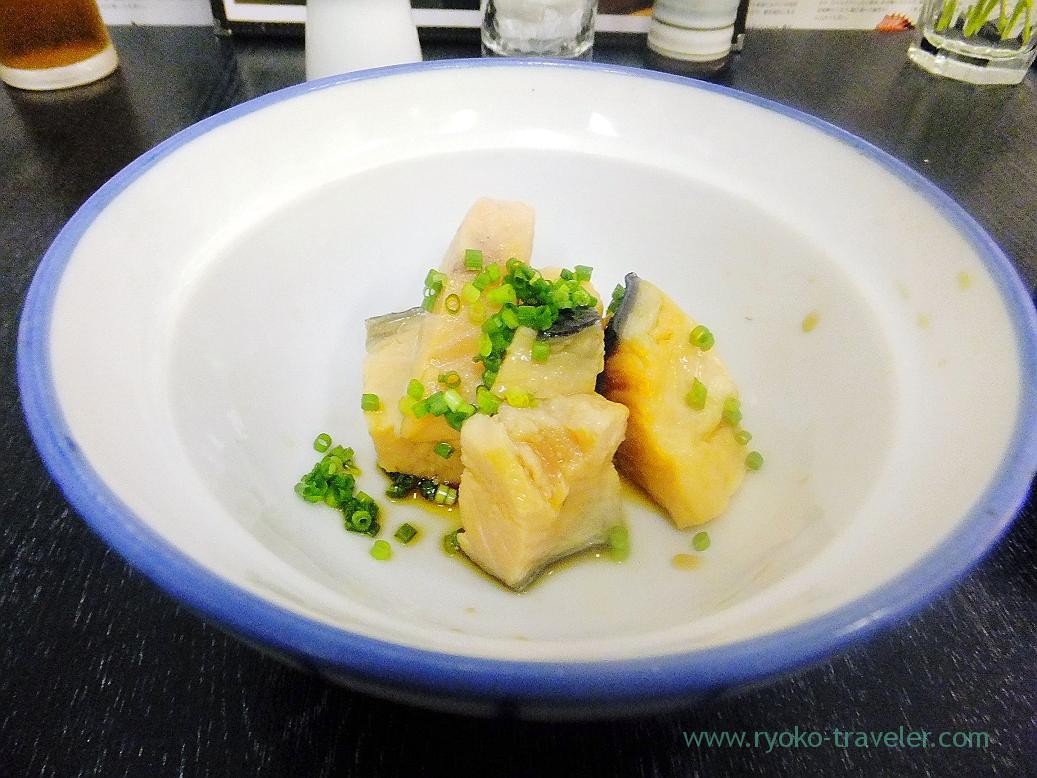 Rare salmon was good 🙂 It is called “Yuni (湯煮)” in Japanese.
It means something boiled in hot water. As its name ! 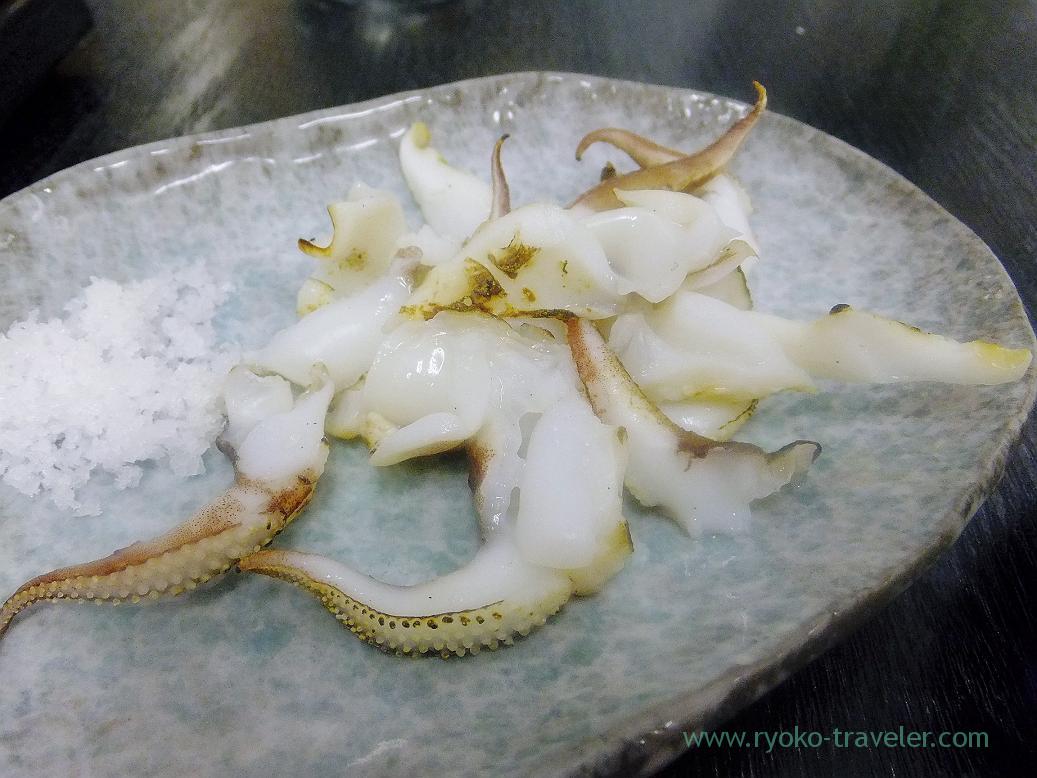 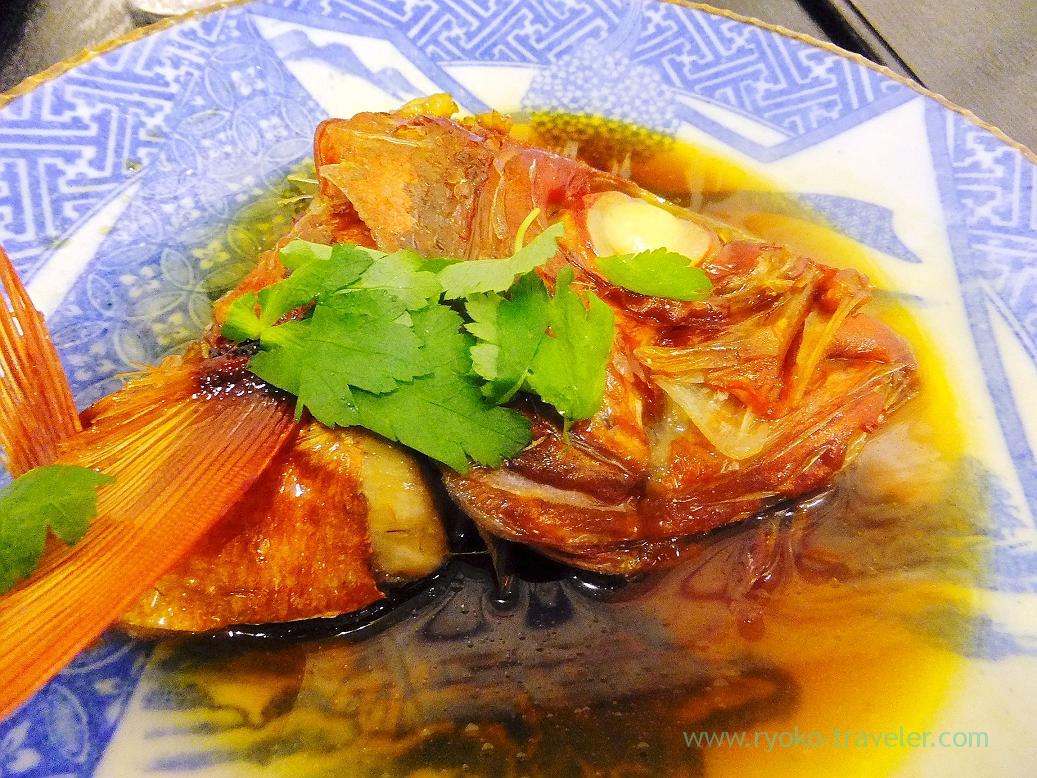 Much meats left around the bones 🙂 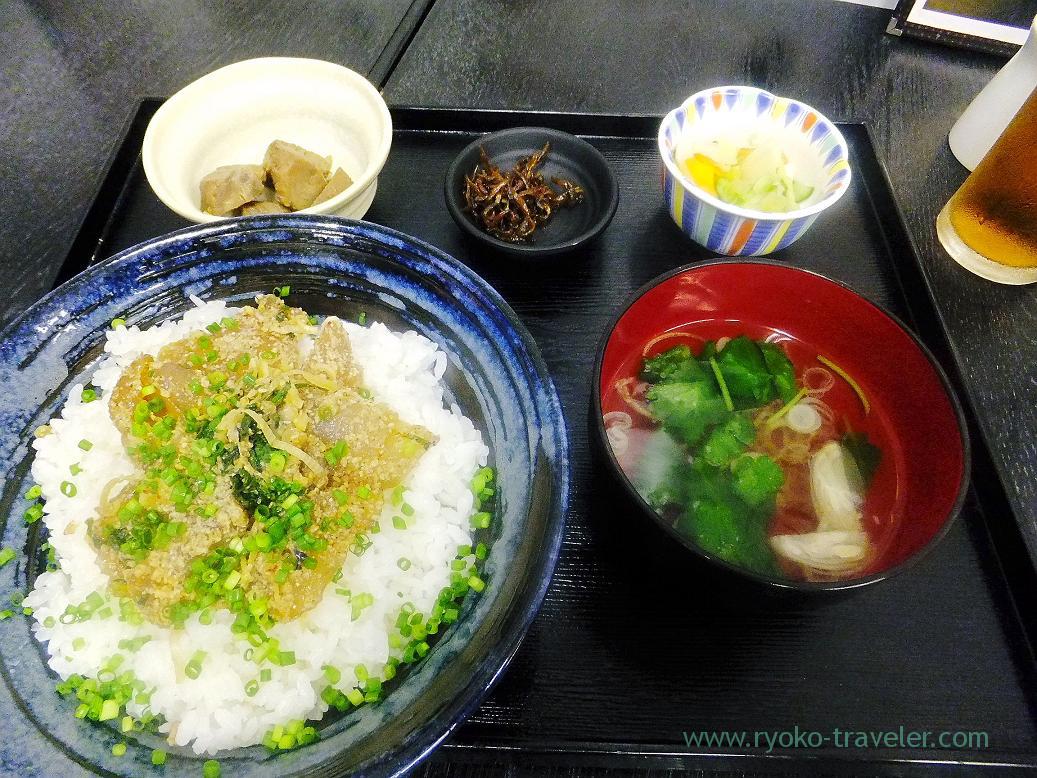 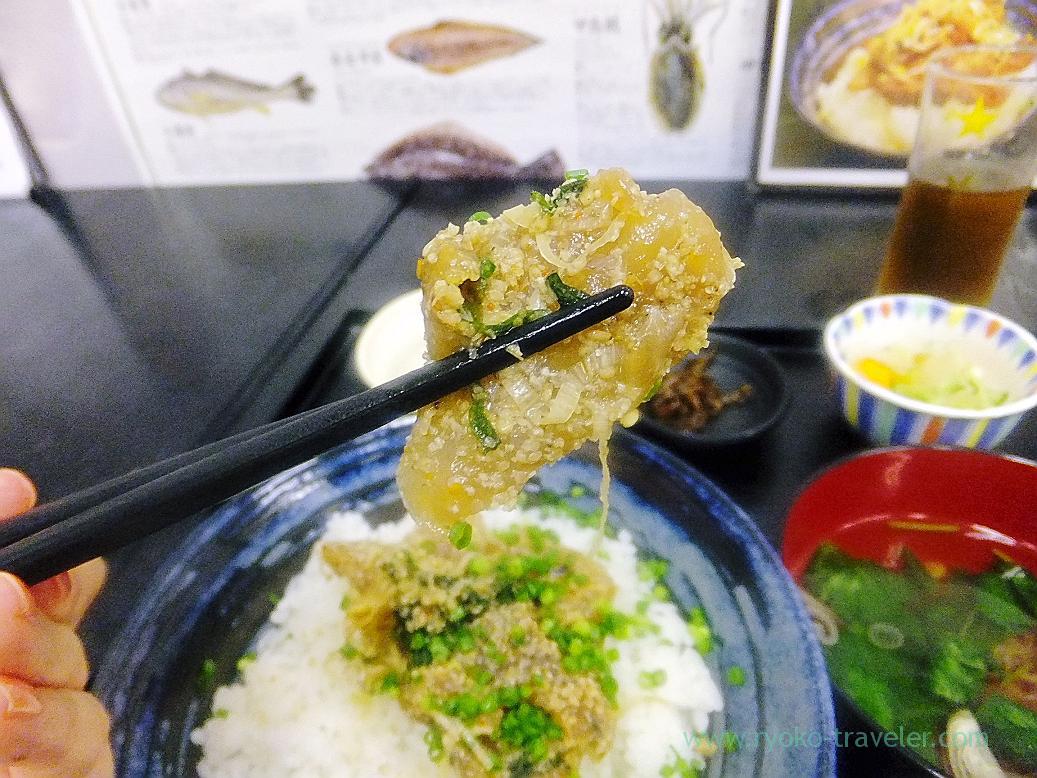 Those slices of fish were sea bream. Umm. I wanted more slices ! The taste was good.
I don’t know why this bowl is named “Ryukyu” bowl. Okinawa ? 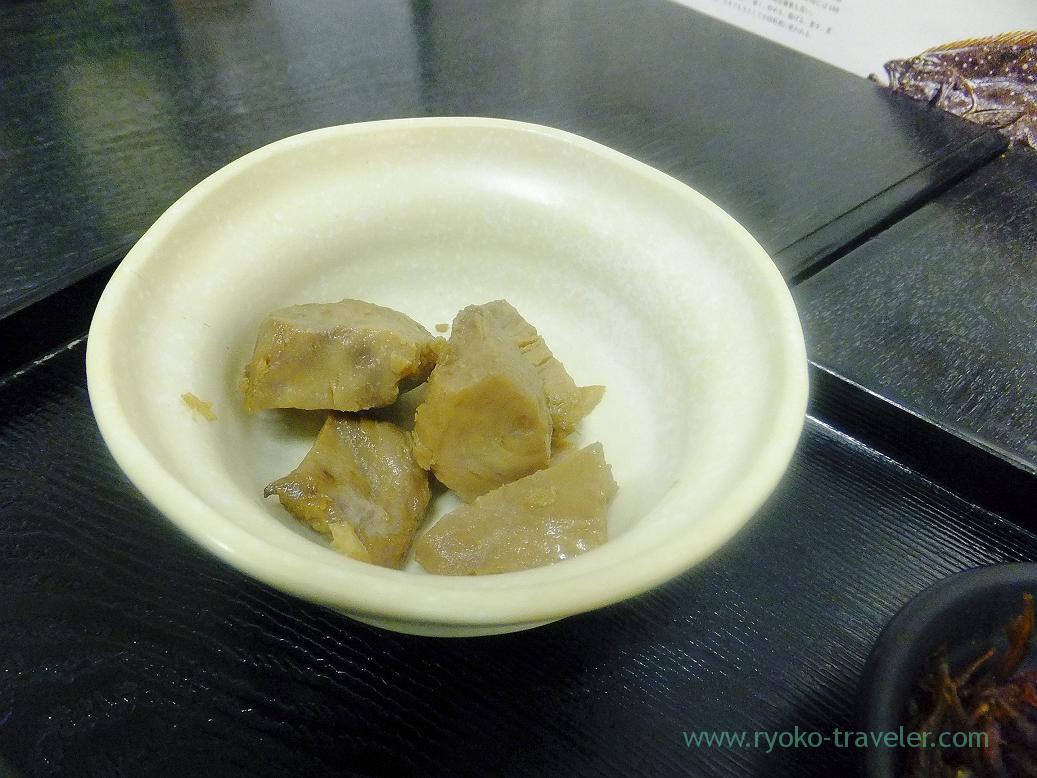 Everything was good. But truthfully speaking, I think those were costly a bit.
I wasn’t satisfied with those quantity as a whole. Small.

After that, we went to kissaten that is named Coffee Amikane
To my great surprise, there is no air-conditioner and the door is opened ! Nevertheless such a muggy day ! 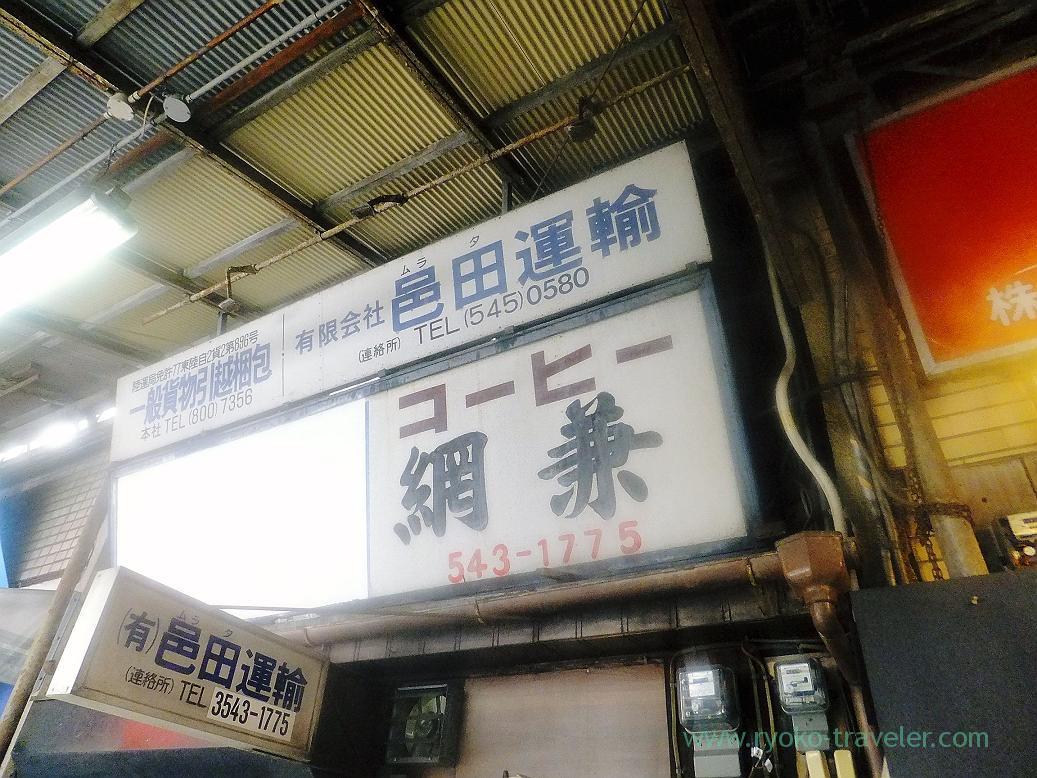 Though I felt so muggy, but there is no choice for us to order.
The kissaten serves only hot coffee and toast.

Hot coffee in the muggy air :p
But this shop is loved by people. 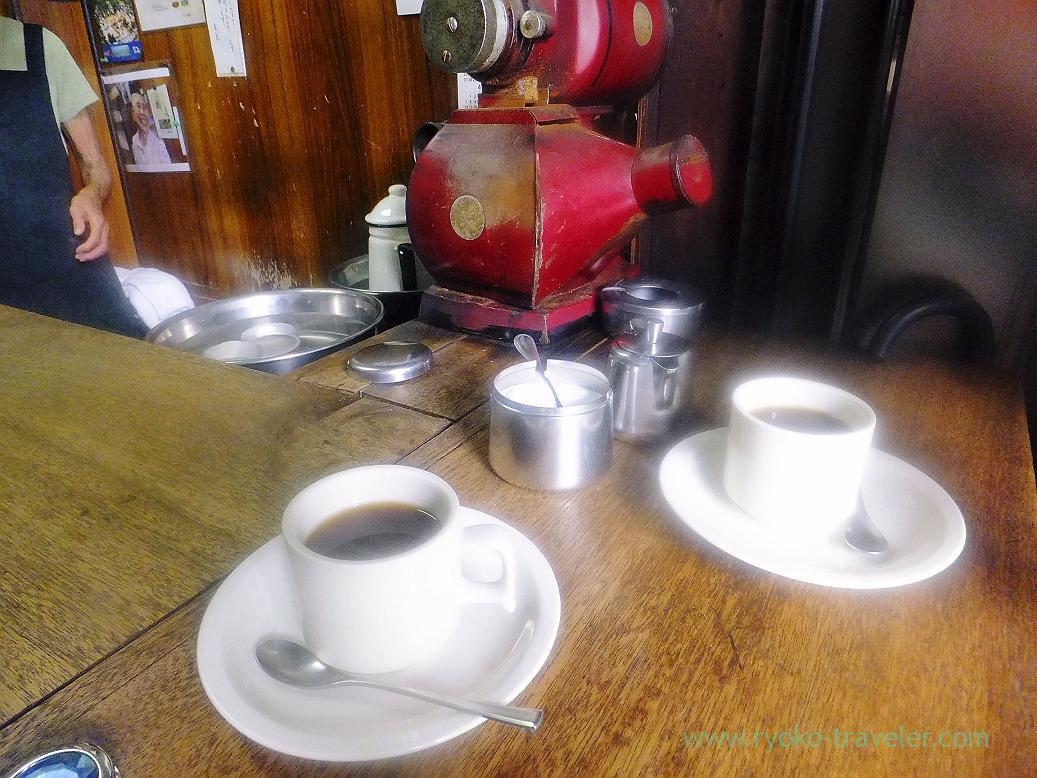 Certainly I felt something comfortable and the coffee was tasty 🙂
The coffee cost me only 250 yen. The shop open only Tuesdays and Saturdays. 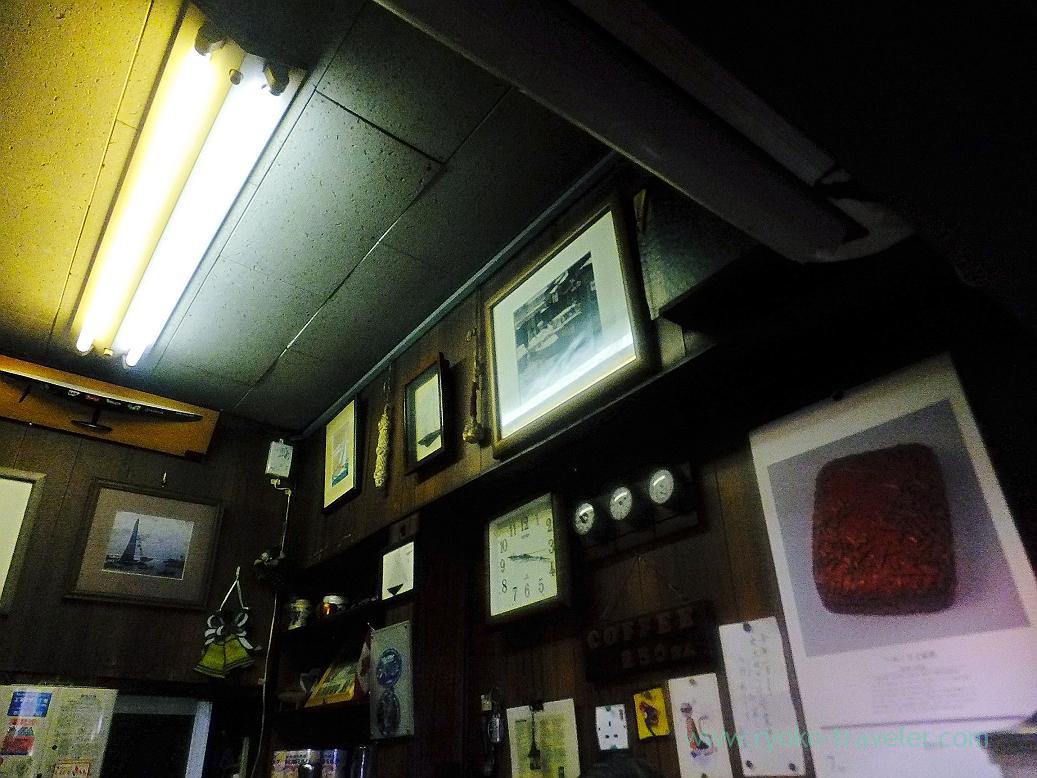 The shop have only 5 seats or so. I like such a retro kissaten very much 🙂
I want to go there again after the weather will get cool.

Kakigori season has come. Eh ? I eat kakigori all year around ? Yes,, but many people eat kakigori only summer :P M...

Double yellowtail breakfast ! Today, I had breakfast at Yonehana. Because market will transfer to Toyosu from Tsukiji...

If you want to have short coffee break, I recommend this shop :) When I went to Ginza, this  shop attracted me and trie...
Good atmosphere kissaten (Yatsu)
Edogawa ward Fireworks display 2013 (Shinozaki)