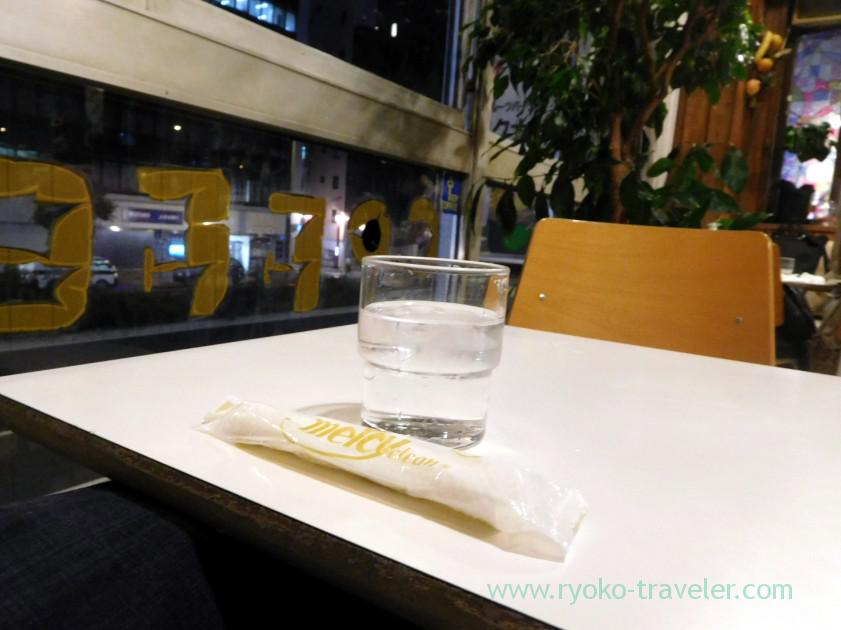 When I got to there around6:30 p.m., there were so many people waiting. Fukunaga is on the 2nd floor of the building, but the there’s an end of the line at the entrance on 1st floor !
I was so disappointed because the closing time is 7:30 p.m. and I couldn’t think that I could be in the shop until the closing time.
But actually I could be seated in the shop after 30 minutes waiting or so 🙂 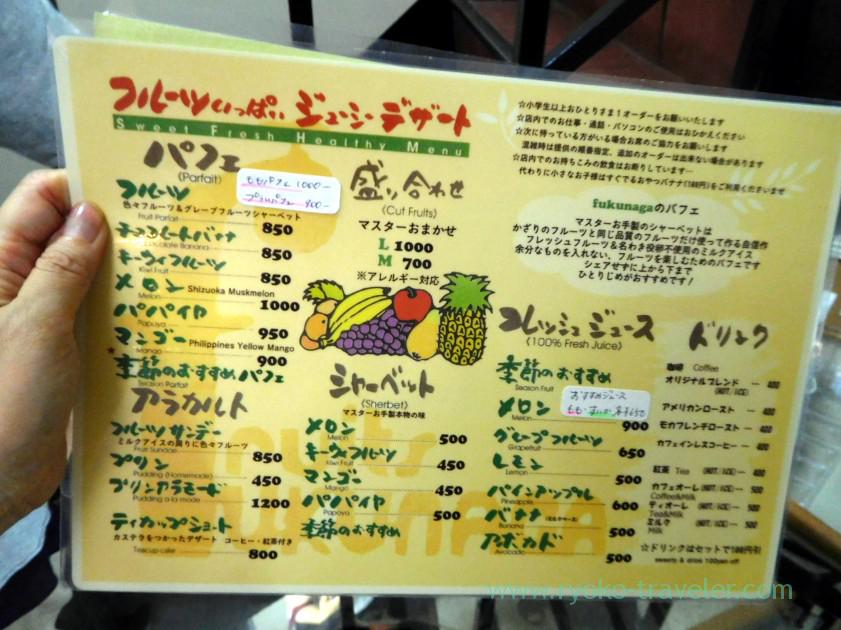 I ordered peach parfait and watermelon juice as soon as I was seated.
I already decided to order it before I got out of the office :p 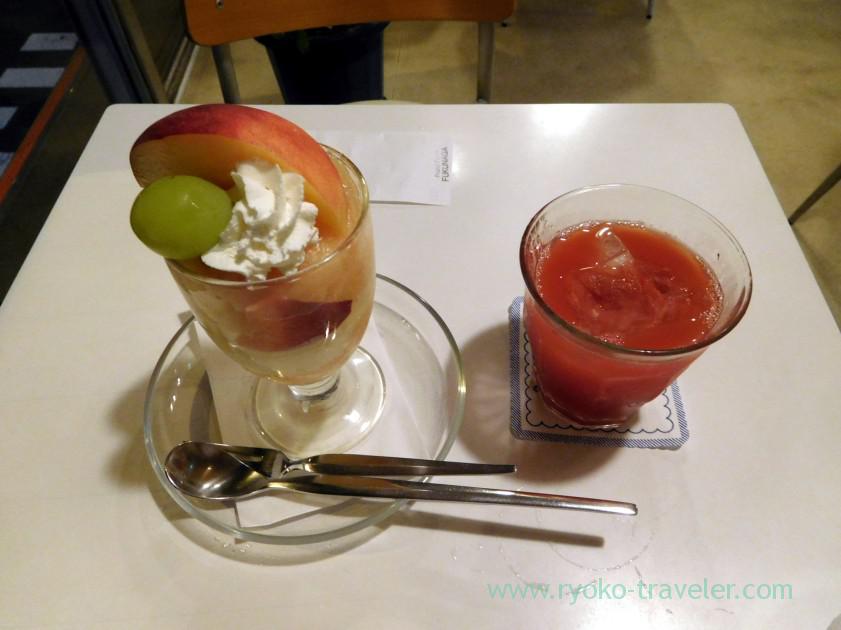 This is Peach parfait (桃パフェ, 1000 yen) that I’m looking forward to eating every year. The peach was from Kasugai of Yamanashi prefecture. And it is named “Natsukko (なつっこ)”. Its peel can be eaten, too 🙂  Not only the peach but also peach sorbet in the middle of the container was tasty, too. 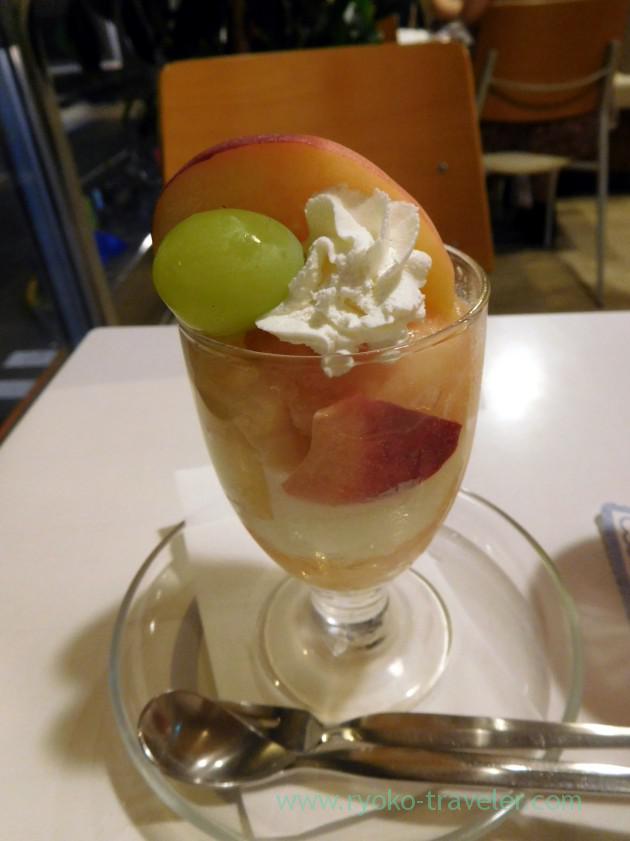 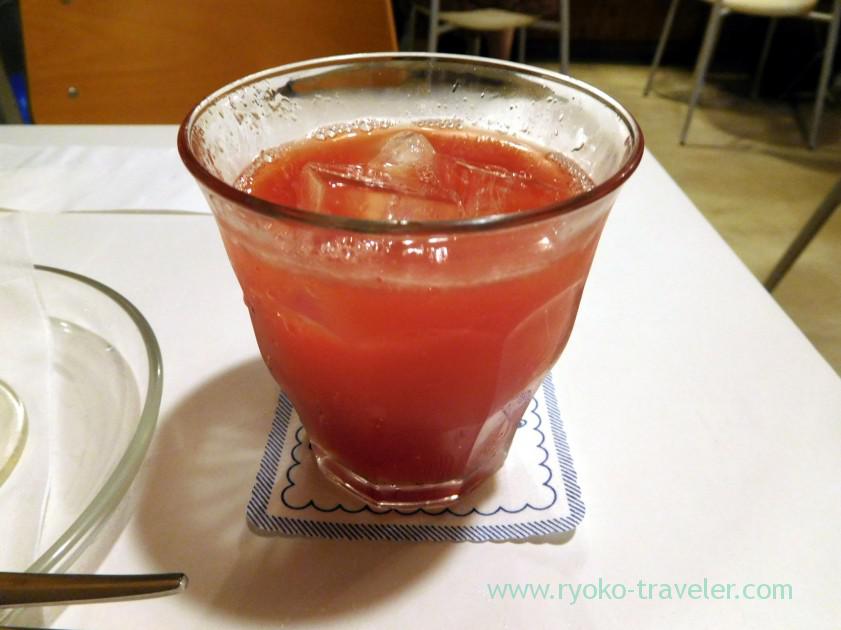 This was the first time to have it at Fukunaga.
I was really impressed by the tastes of watermelon juice in Taiwan.
It was so juicy and tasty as well as in Taiwan. (It costs twice as much as in Taiwan, and the amount is one seventh of in Taiwan :p)
I think it had 200% of watermelon ! It was sweet and had thick tastes.
I wanted to drink it more, but I couldn’t order any more.
They don’t accept additional order during summer vacation season because there’re many people waiting throughout the business hour.

Jinbocho : Fresh meats to our full.

Fresh meats are served in lower price thanks to head office ! I took a day off for going to Jinbocho Shokuniku center (...

Tsukiji Market : Breakfast with sashimi and oden at Yonehana

Yonehana's standard size I visited Yonehana in Tsukiji Market after a long absence. Of course, for breakfast :) I did...

I went to the shop that named Toripota ramen THANK the other day. They're popular tsukemen shop in Daimon are of Tokyo....
Asakusa : Watermelon parfait at Fruits Parlor Goto (フルーツパーラーゴトー)
(Moved) From Toyochan to Sushidokoro SEI (寿し処 勢)