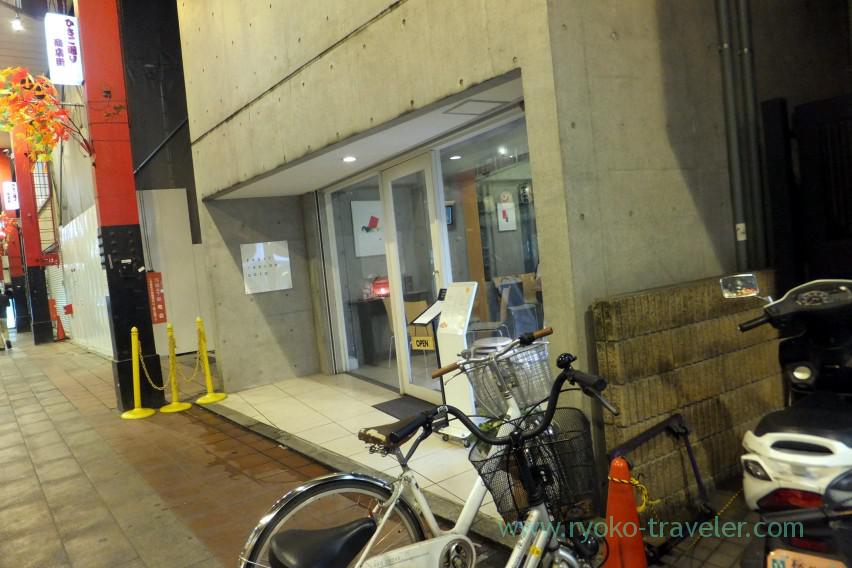 I was satisfied with great mango parfait last time.
And I wanted to eat peach parfait that time.

Because of summer vacation, there are so many people from the opening time through the closing time.
Though I got to there around 6:30 p.m., there were still some people waiting. 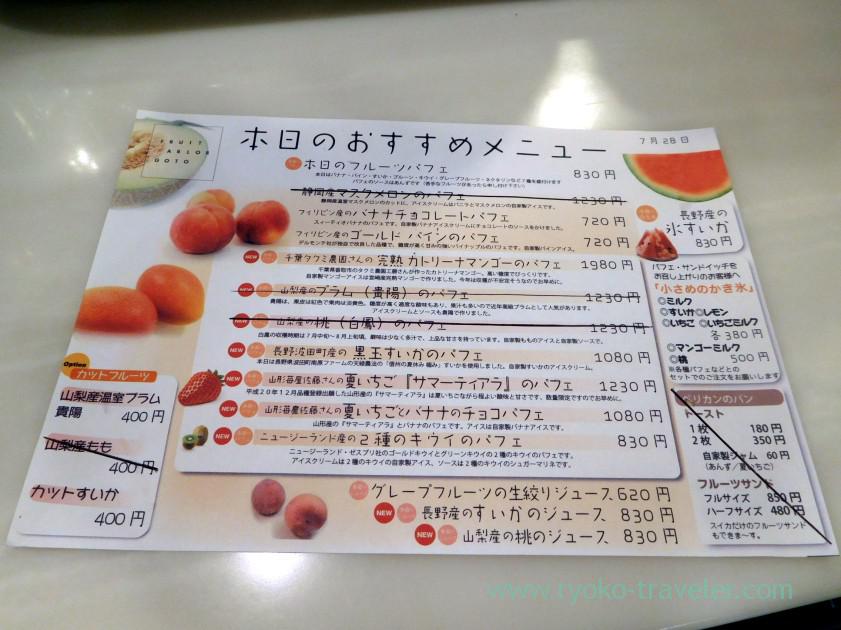 My watermelon parfait was served after 10 minutes or so.
Watermelon named “Kurodama Suika” Parfait (黒玉すいかのパフェ, 1,080 yen) 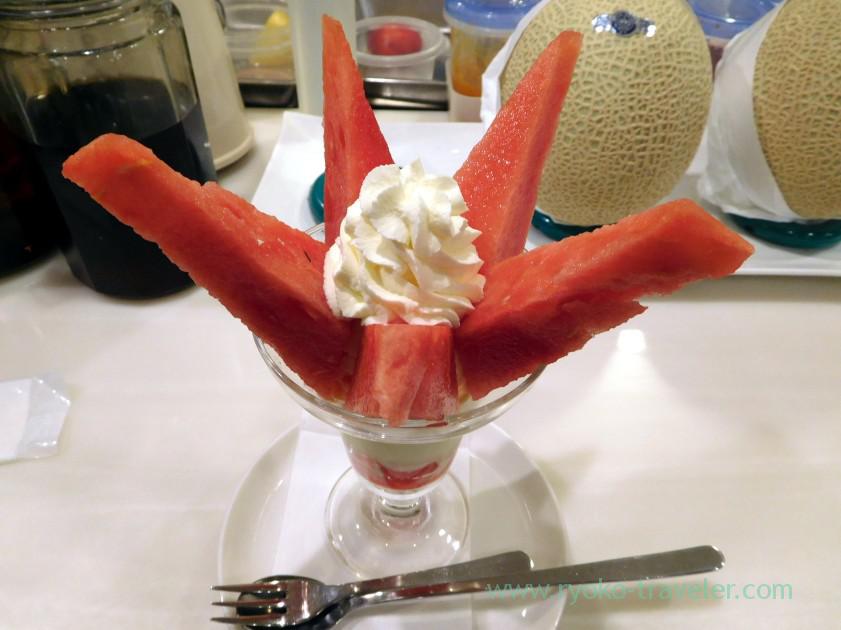 I never imagined such a funny looking. It’s like starfish 🙂
The watermelon was from Nagano prefecture. 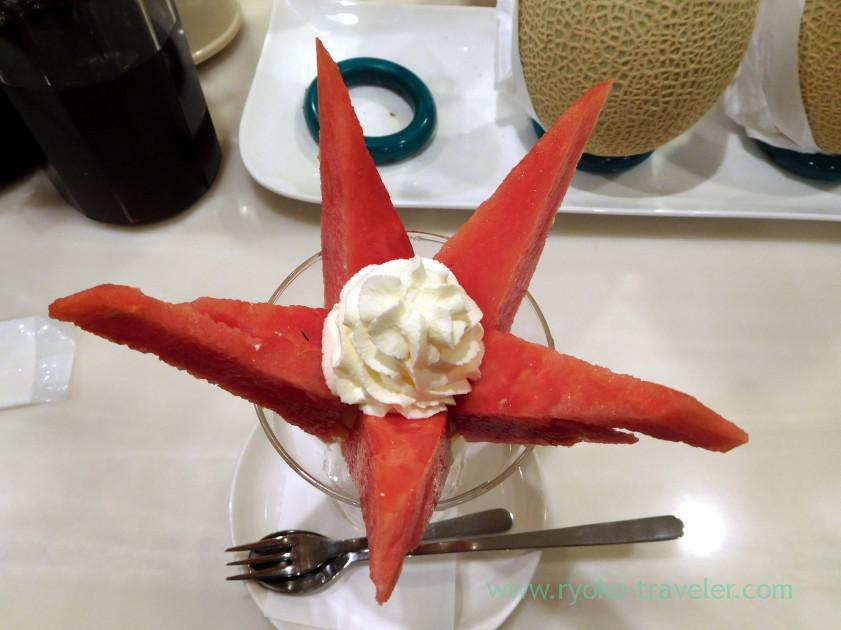 The watermelon was sweet and tasty. And watermelon sorbet and ice cream was at the middle of the container. It was good, too. 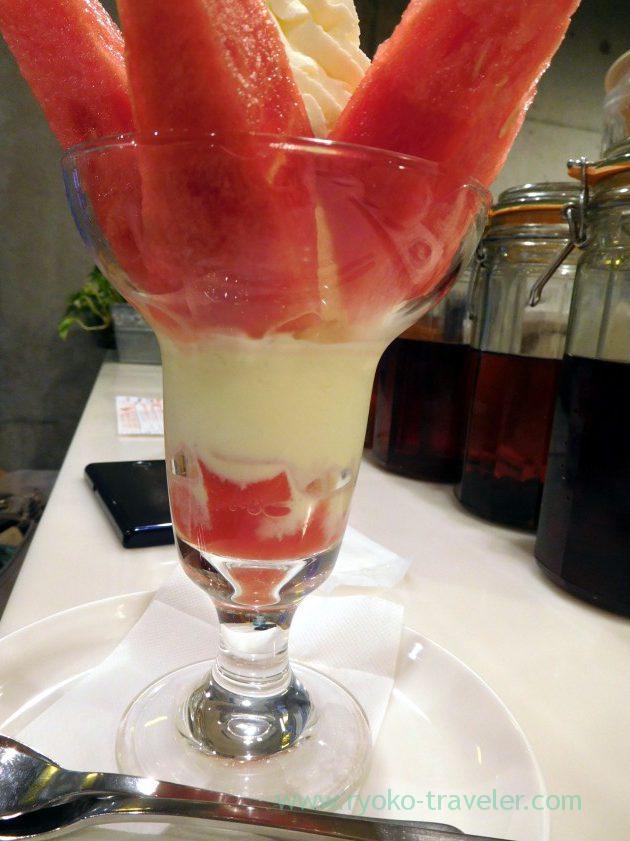 Though I wanted to eat peach all the same, watermelon parfait itself was tasty and I was satisfied.

Speaking of watermelon, they serve shaved ice with watermelon, too. I want to try in a few weeks. Within this season !

My dearest Tsukiji. I decided to have breakfast at Yonehana because the chef's choice of that day attracted me on Twit...