Mussels came to Persil all the way from France that year, too.

My friend asked me to join the party at Persil that is hidden bistro in Ginza after a year absence ! Of course, I joined them 🙂
Now we need to reserve seats in advance and they only accept reservation from particular people who has been regular customers since they did their business in Higashi-Ginza area. Because the restaurant is in the small private room in the building in Ginza. I can’t reserve, so I always appreciate my friend’s asking.

I love Persil’s this grape juice that sparkle just a little. 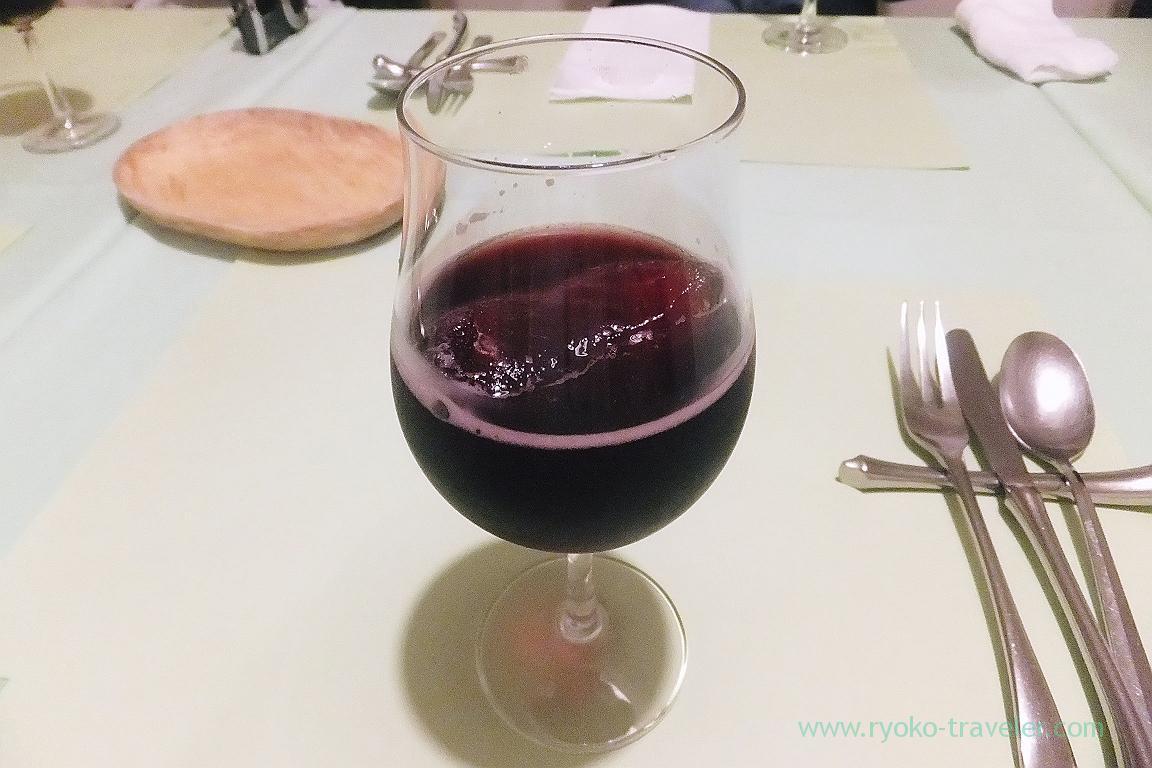 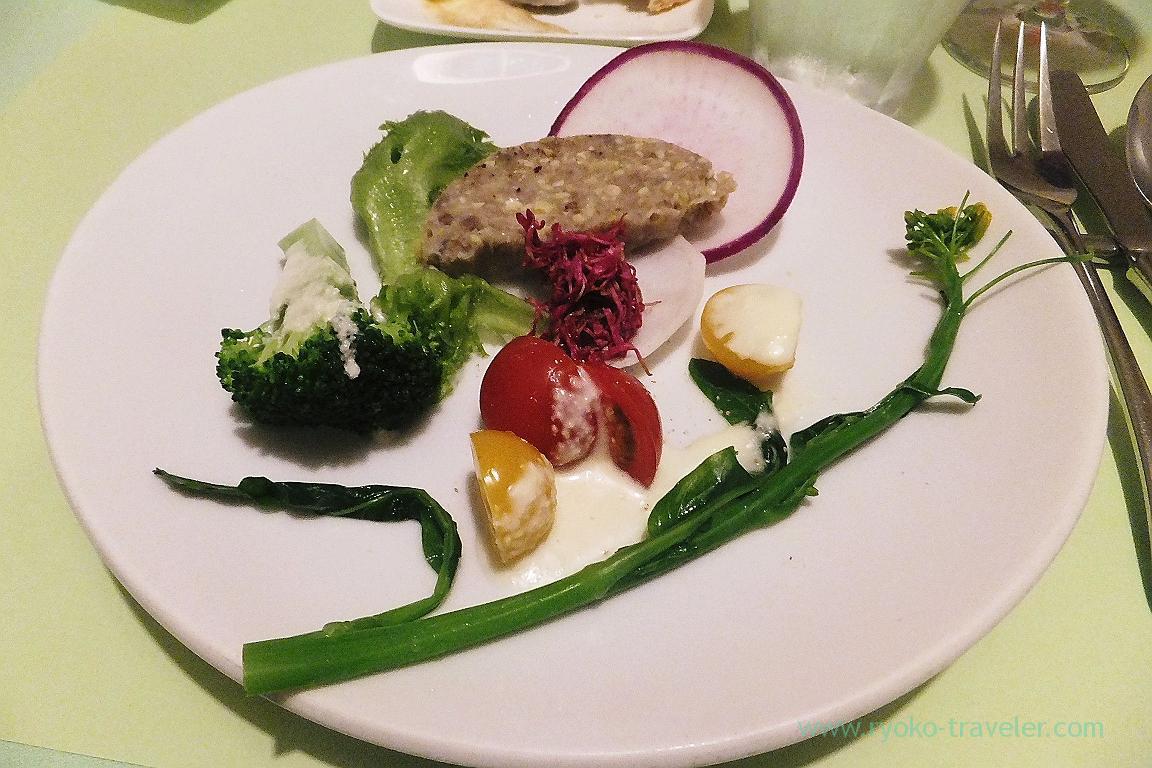 Bread. It’s very soft and slightly wet.
I feel like putting it into my pocket every time 😛 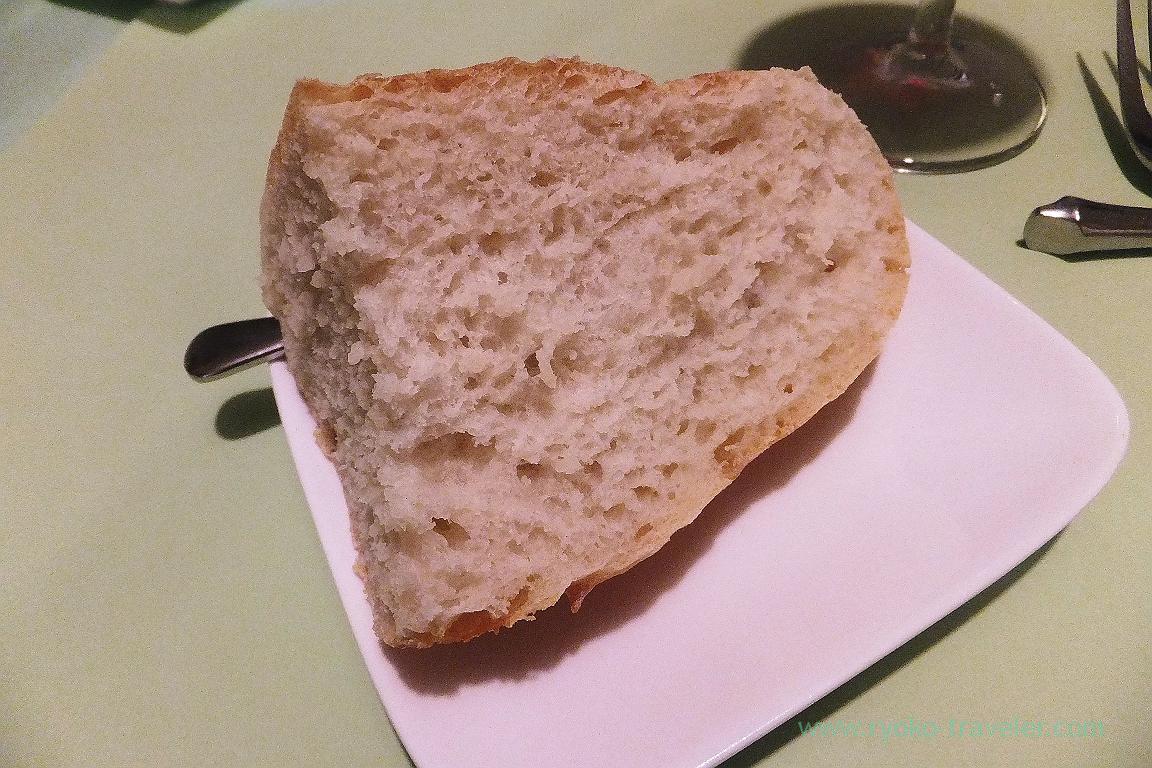 Pastes that should be eaten with breat 🙂
From left, pumpkin, mentaiko and baked eggplant. 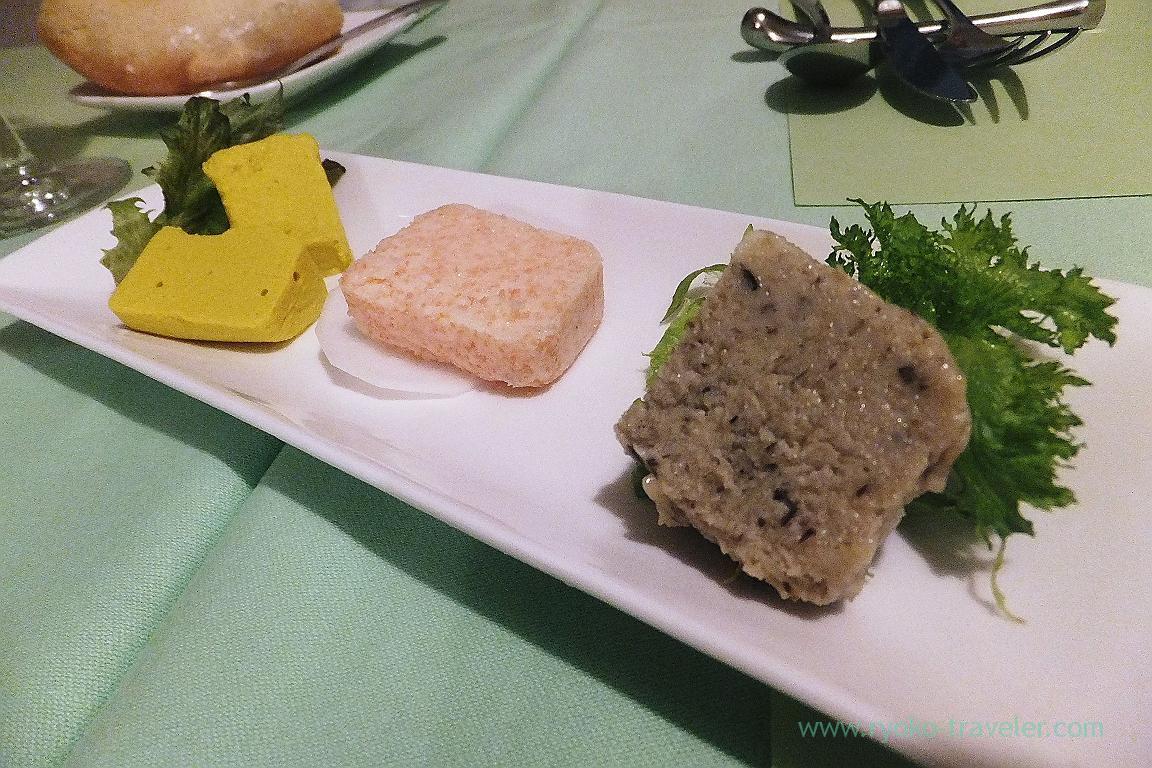 That day’s specialty is it ! Mussels all the way from Mont Saint-Michel ! 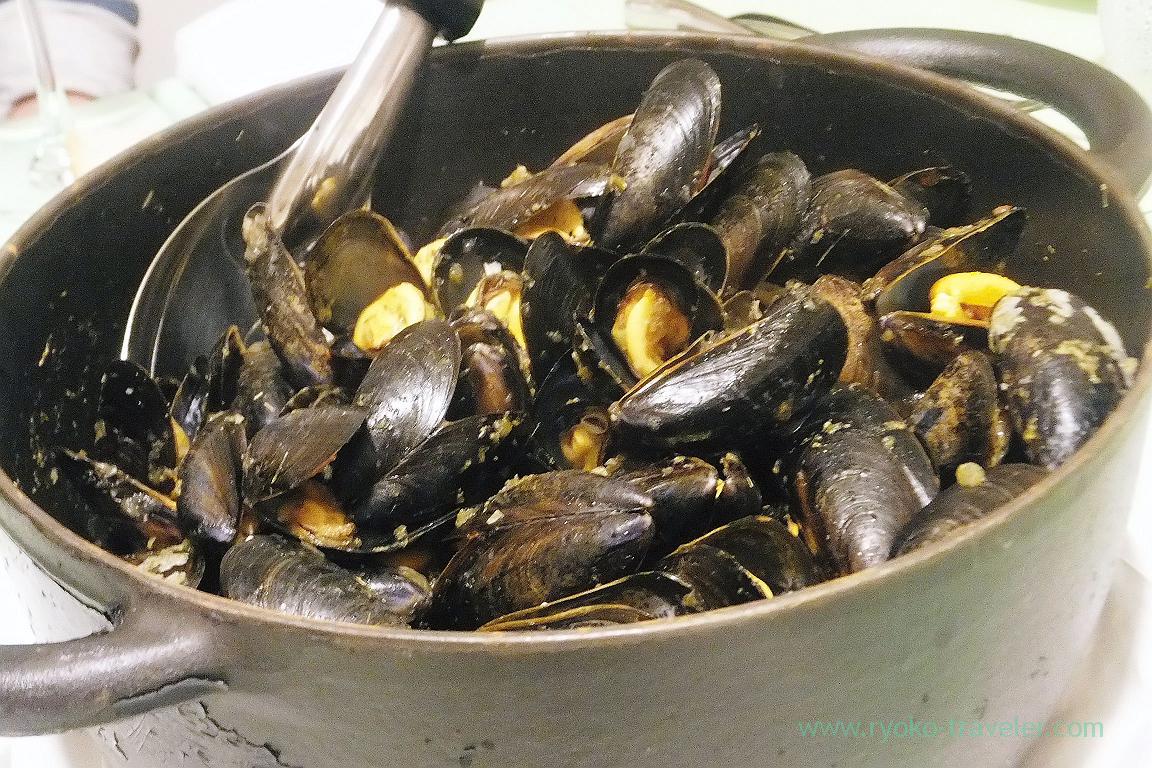 I ate it before, too. Two years’ absence since I had eaten it at Persil. Those mussels were rather small, but full of mussels in the pot !
I heard that it is one portion for French people, but we divided it into six portions 🙂

Dishes up by ourselves. We had second, third helpings of mussels from the pot. 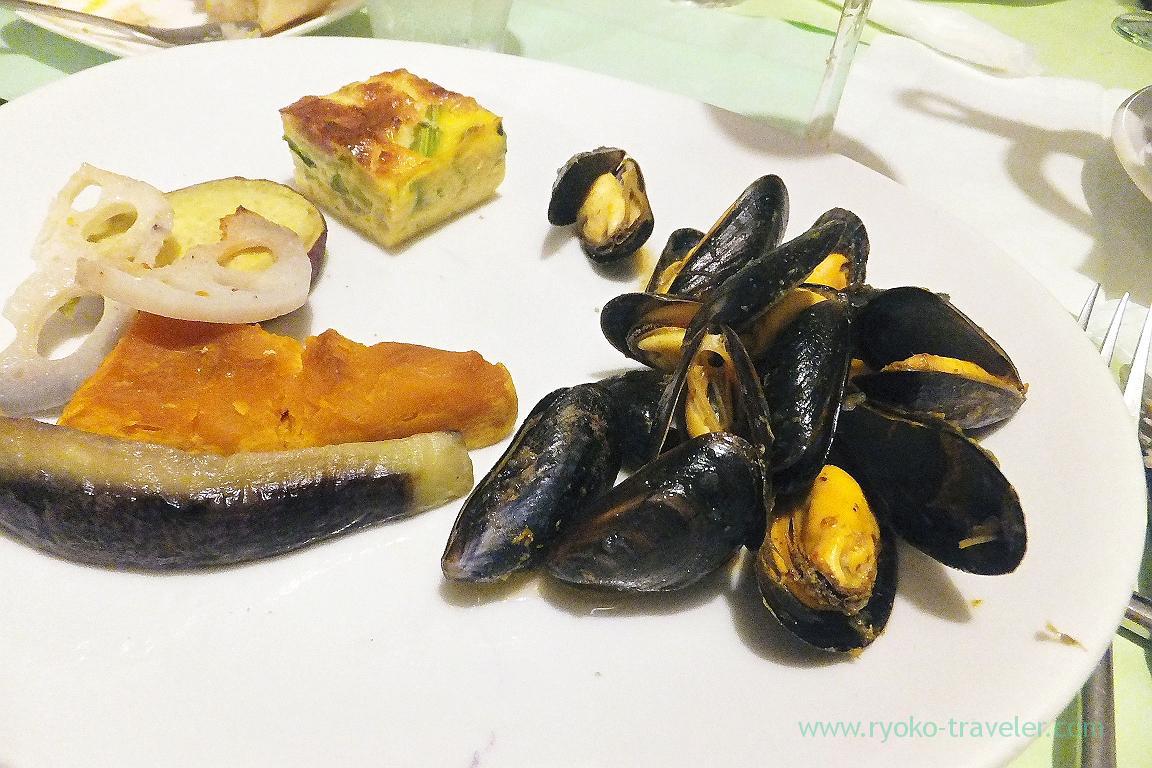 And risotto cooked with mussels broth. 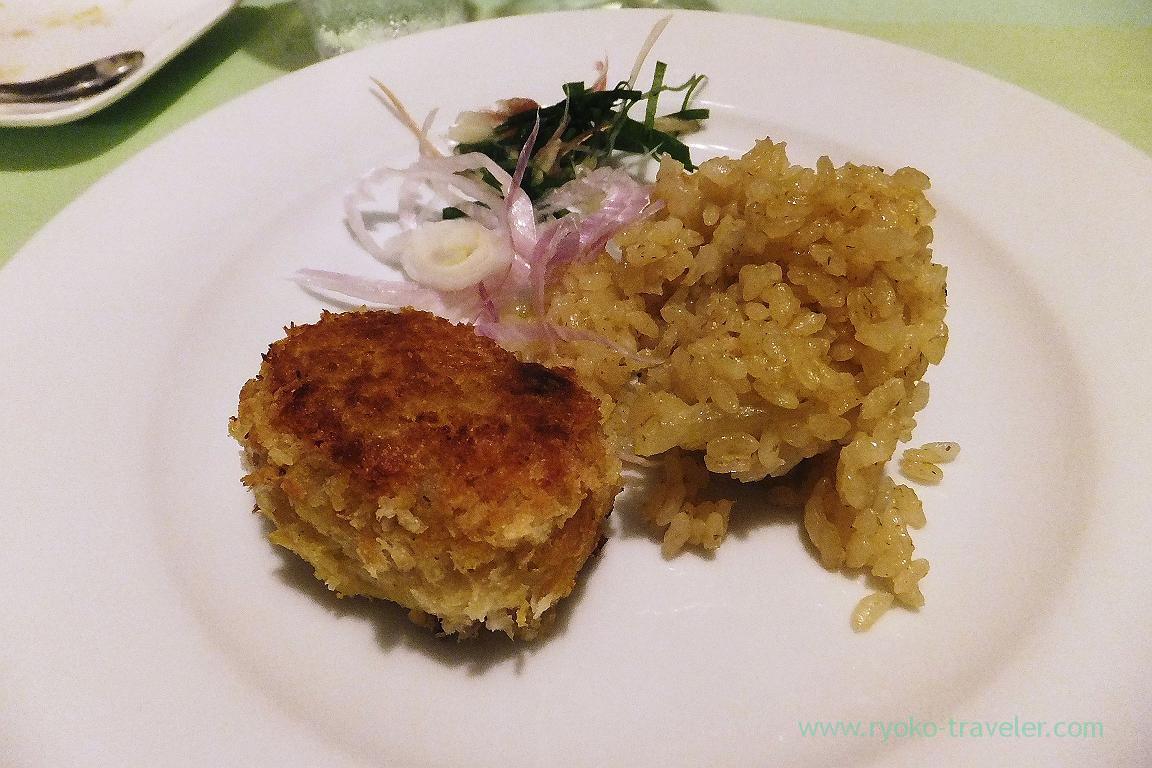 Dessert (plus daifuku: P)
Daifuku was my friend’s gift. The persimmon was tasty. 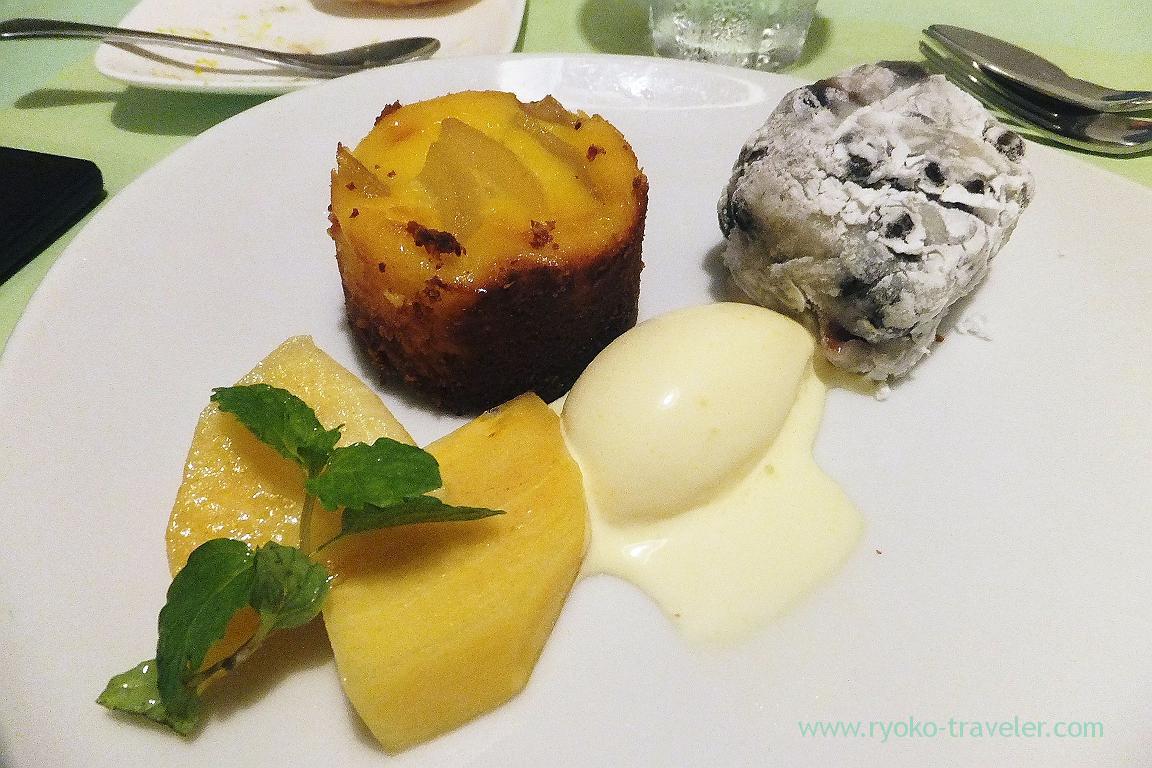 My friend already asked me to next party at Persil in December. I’m really looking forward to visitting there again !

Now eel became luxury food. And eel is being designated as an endangered species and it'll be hard to reach more and mo...

Toyosu Market was launched on October 11st. I already visited for several times. Toyosu Market have many delicious foods...

Oysters ramen all year around ! I heard Japanese soba noodles Tsuta in Sugamo wins Michelin single star for the first...

Manso's pancake come to life again at Kamata One of my great regret is that I couldn't visit Manso serving great pancak...

I took a day off only for Takahashi There are some eateries that I can't go on weekdays' morning because these eateri...