Spring has come along with lamb ?

My friend invited me to Persil to have dinner with lamb the other day. Of course, I gave him quick reply, “Yes” !

We entered the private room in the luxury apartment of Ginza as last time and we found Spring has already come to there. 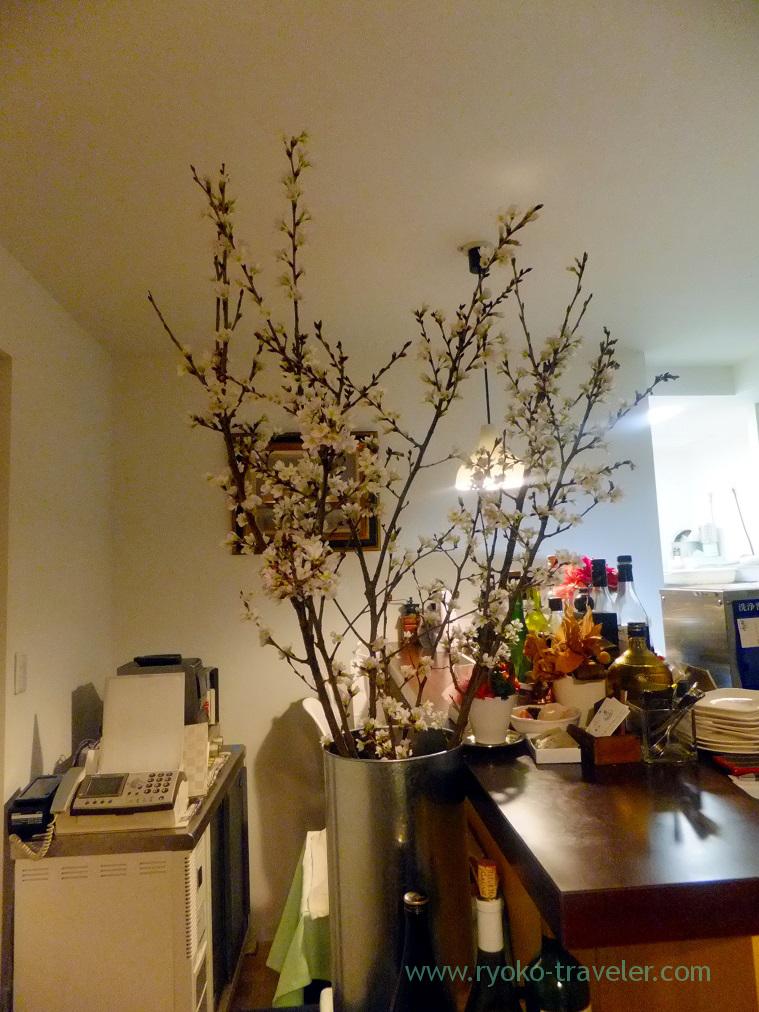 It is a kind of cherry blossom called “Keiou-sakura”. It bloom earlier than most of cherries. 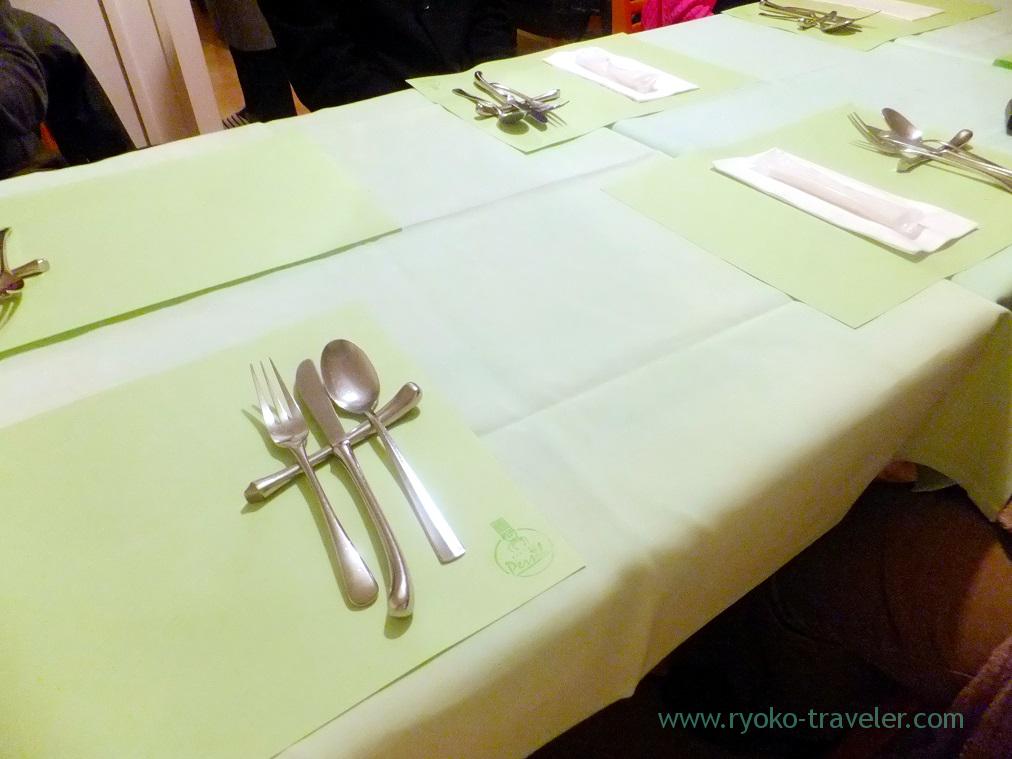 I wanted to drink grape juice because Perci serve tasty one. But some of my friends ordered sparkling wine. So, I also felt like drinking it. 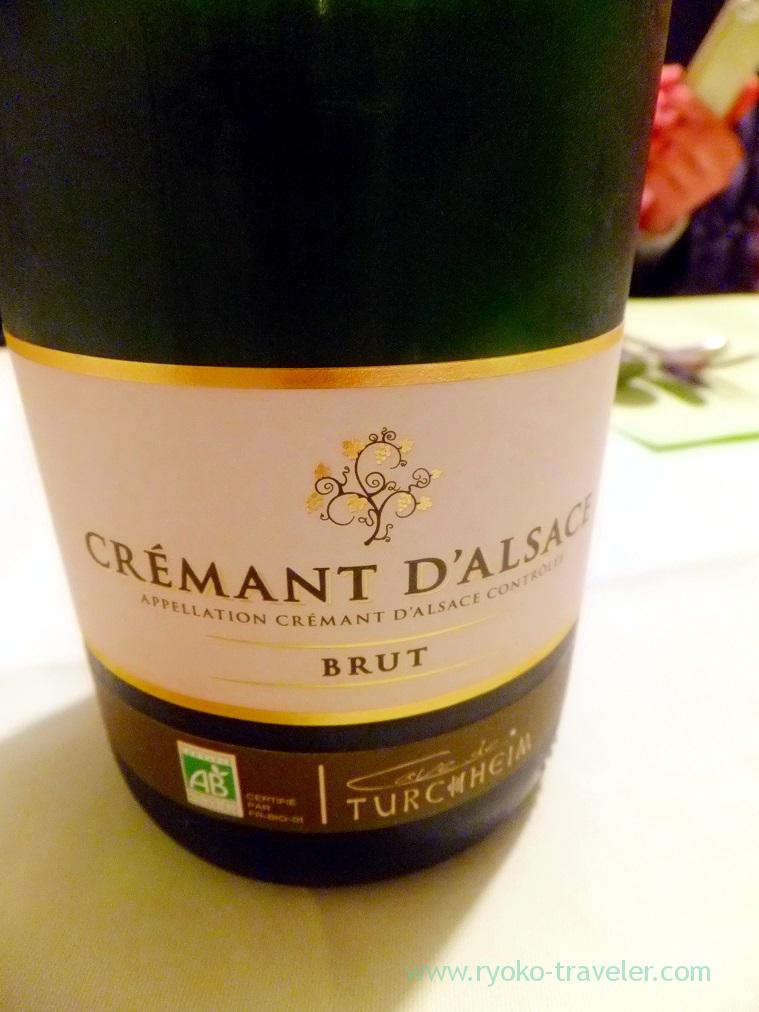 We toasted with sparkling wine or grape juice. Our six people group reserved Perci that day.
The chef said it can accommodate 14 people at most.

After a while, bread, terrine, paste came. 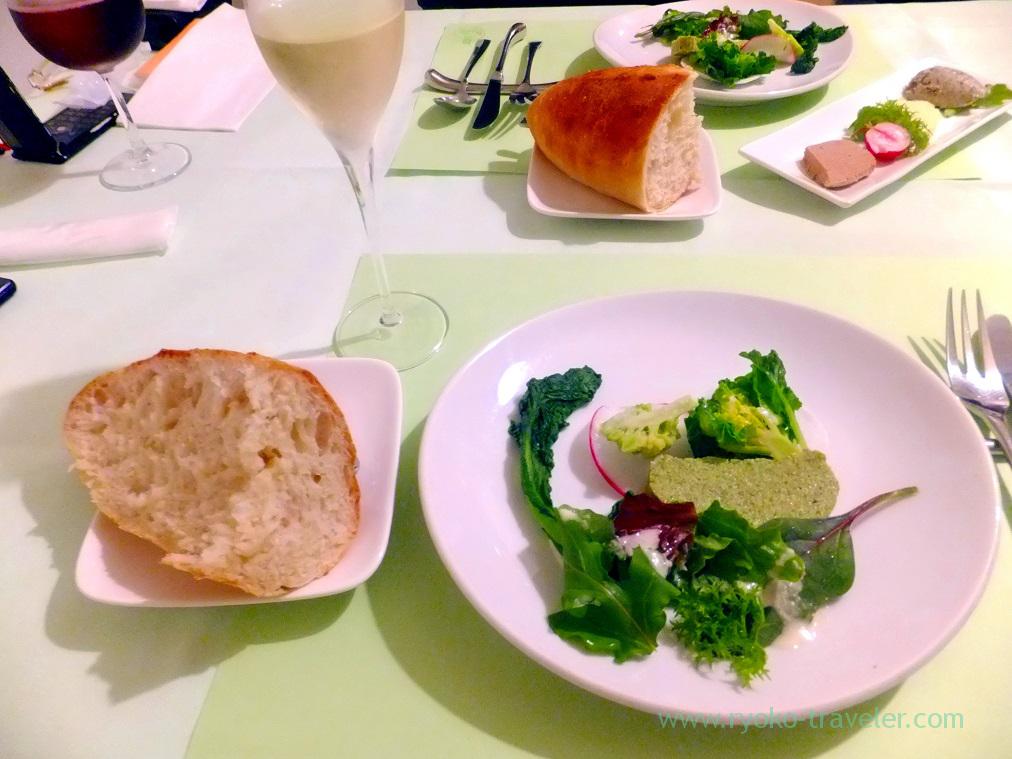 This terrine had spinach called “Akane(redroot)  Spinach”. Fresh green color. Oh, now is already Spring ! 😛
Of course, we put those paste on the bread and ate.

And that day’s entree  ! Lamb ! Baby lamb from New Zealand ! 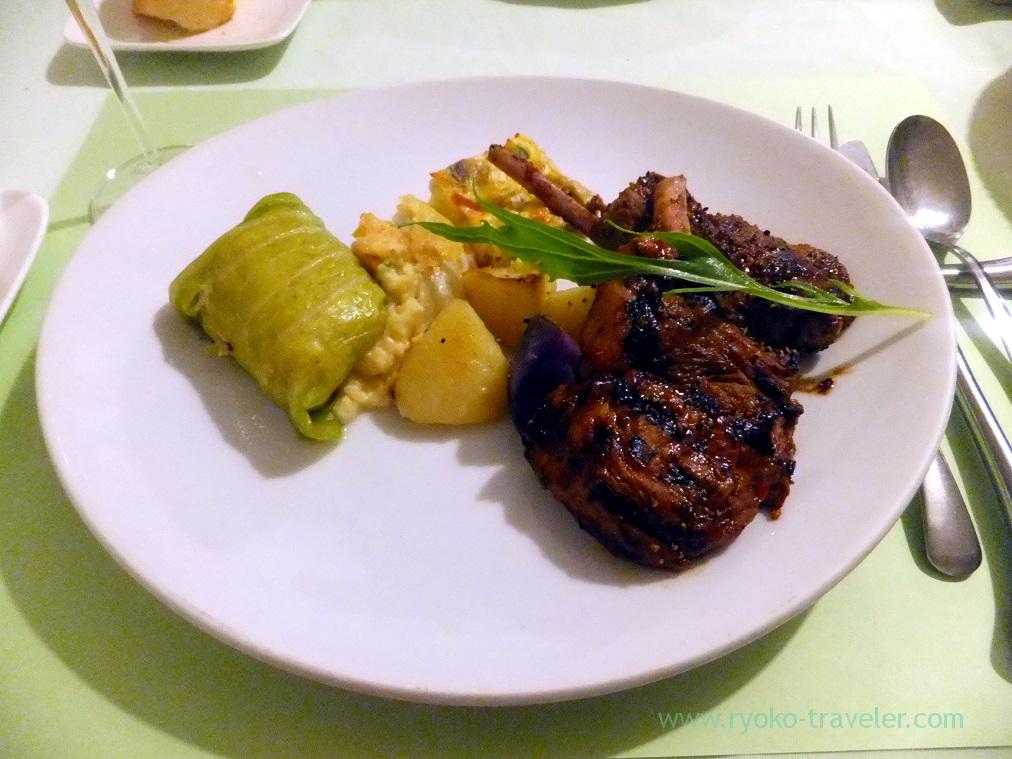 Those lamb meat was so juicy and soft. There was abundant lamb flavor but no unpleasant smell.
The section of cabbage roll. It had minced Hinai chicken meat. It was soft and juicy. 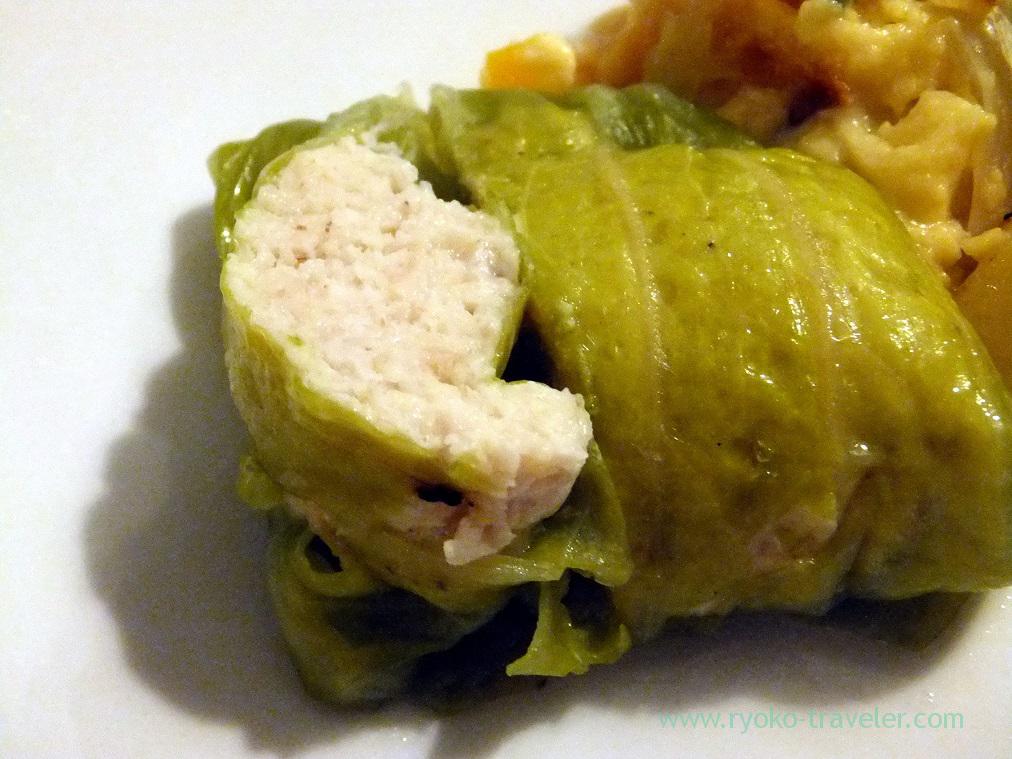 And last. Conchiglie with pesto sauce.
Oh my ! So cute Cherry blossom-shaped fu (wheat bran) !
Pesto sauce was not strong, but so flavory. I worried about that fu is sweet and pesto sauce seems not go with it well.
But there is no problem. Those fu absorbed much pesto sauce. So tasty. 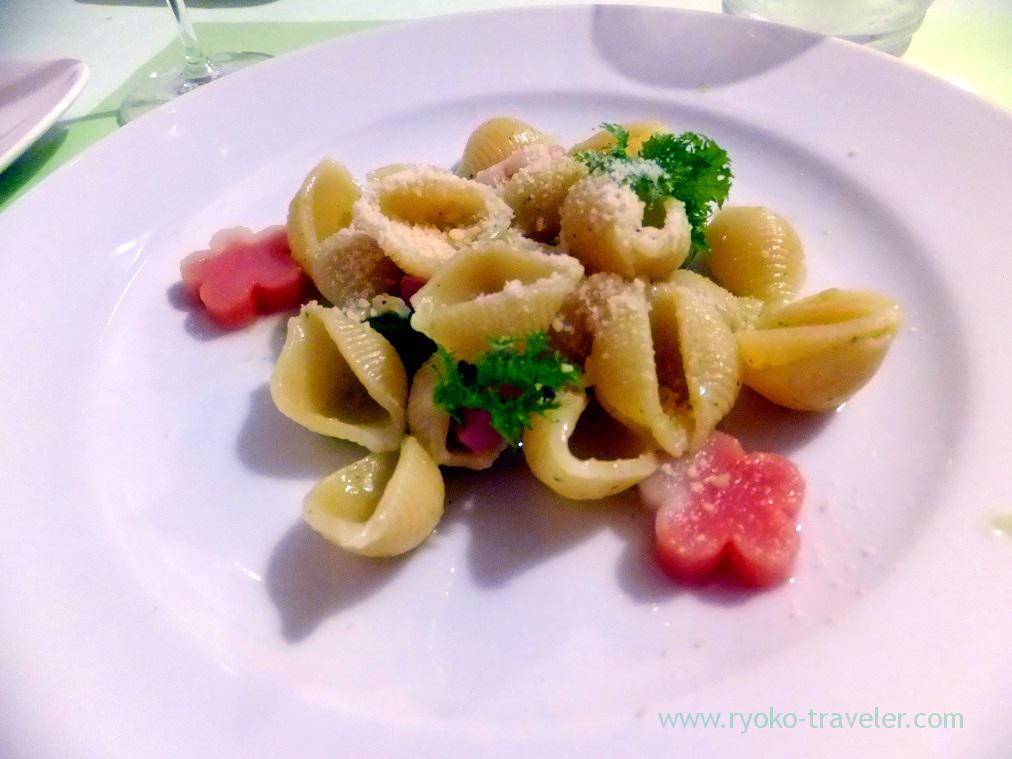 After the meal, millefeuille came as dessert. 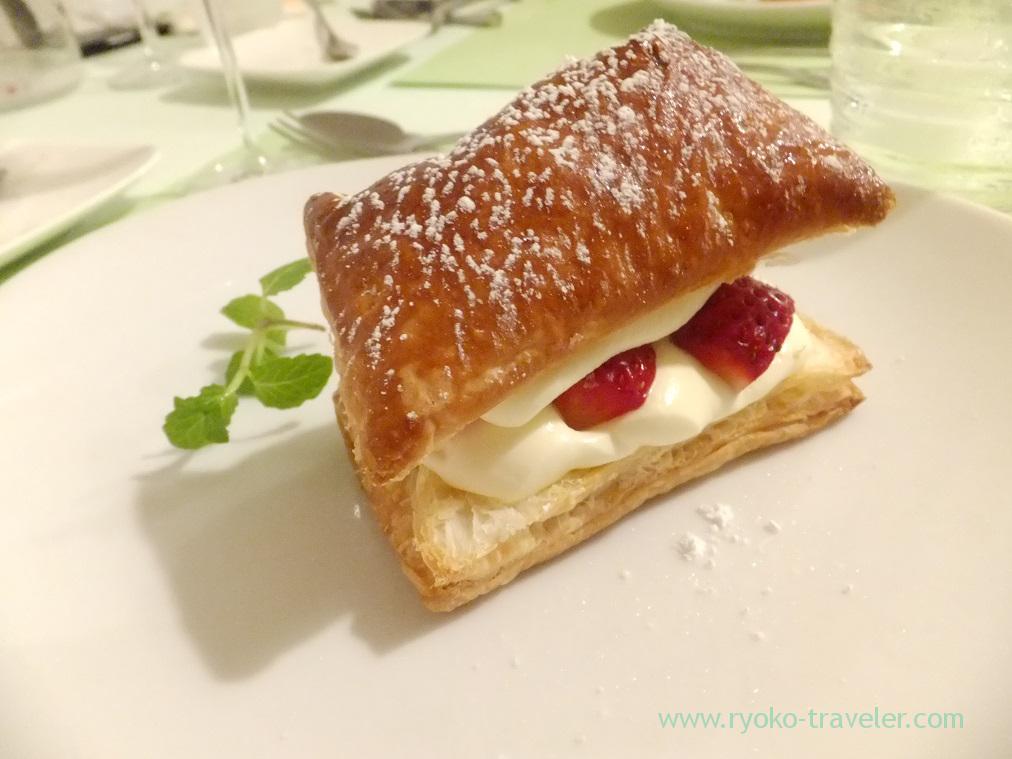 Awesome. Extremely good. This pie was so crisp and great.This is by far the best of all pies that I had eaten.
Also the cream sandwiched between those pie was extremely good, too.
And more, the those strawberries called “Jikkuri Ichigo” were awesome. Oh my.

To my great sad, it isn’t sold at any stores. Jikkuri Ichigo is rarely on the market.
Only when they get Jikkuri Ichigo, the chef cook this millefeuille.

After that herbal tea for refreshing our mouth came. No ! I hate my mouth refreshed yet ! 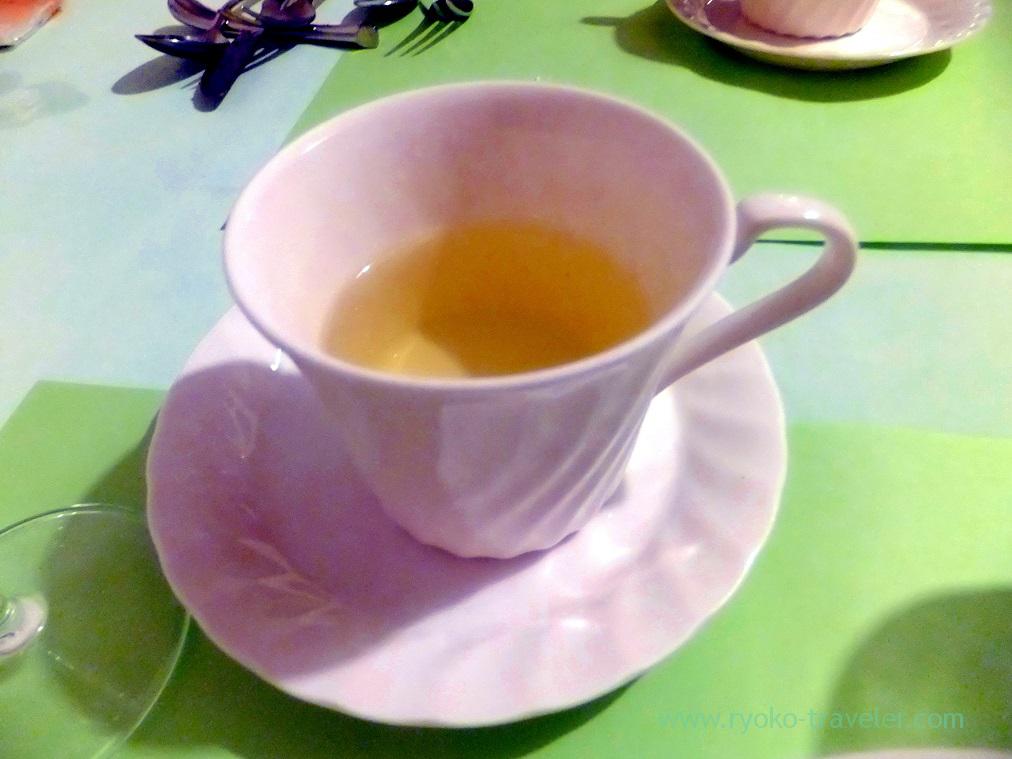 We enjoyed (quite) early Spring and tasty lamb !

By the way, Perci has started as bistro, but now, Perci serve their original foods based on french cuisine and Italian cuisine 🙂
So, I put Perci under the category of French cuisine now. But I should change it to another category.
But I have no idea what is suitable category for Perci 😛

We went to old kissaten in Tsukiji that is ending their business the end of this month. Kissa Hiyoko I had just ...

I visited Yukimasa (幸正) that is a soup curry shop located in Shimbashi on Saturday. They are renovated Japanese wooden ...

Staying up all night just for SUSHIDAI. I visited Sushidai that have the longest line in front of the shop in Tsukiji ...

Tsukiji Market has been changing... Nowadays, when Yonehana don't have much guests, they often close earlier. Sometim...

Autumn nights' curry'll be end soon I have some foods that I feel like eating on cold season. One of them is soup cu...
Tsukiji : Yellow tail and squid at Hajime Sengyo-ten (はじめ鮮魚店)
(Moved) Tsukiji Market : Deep fried conger eel at Odayasu (小田保)