So, I had one-night trip from March 31 to April 1.
As soon as I was back from trip, heavy work waited for me X(

But it was worth visiting before heavy work.

I got to Shin-Osaka station by shinkansen.
My first target was Osaka-jo.

Osaka-jo castle is so large park having castle, shrine and commercial complex.
So, there were so many people enjoying cherry blossoms.

The moat was so beautiful beyond words. 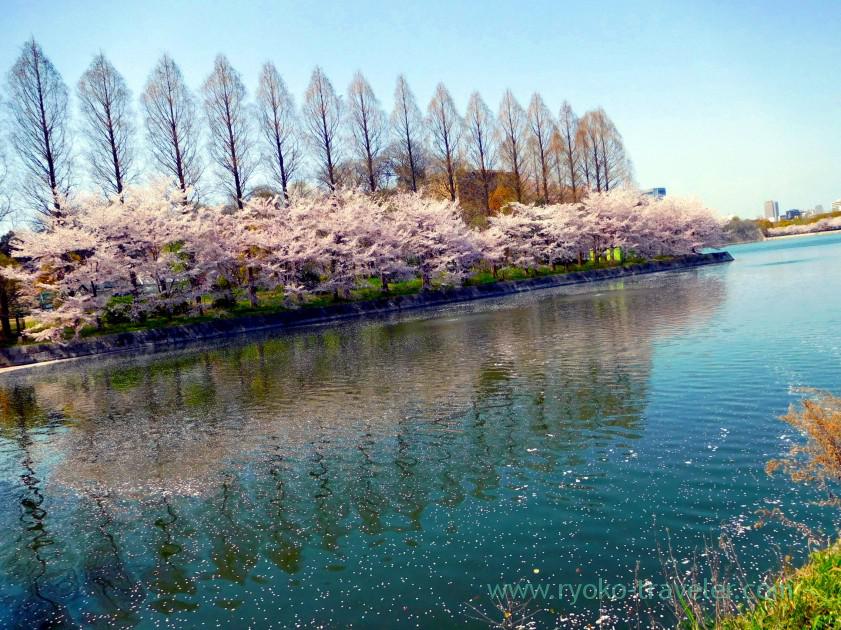 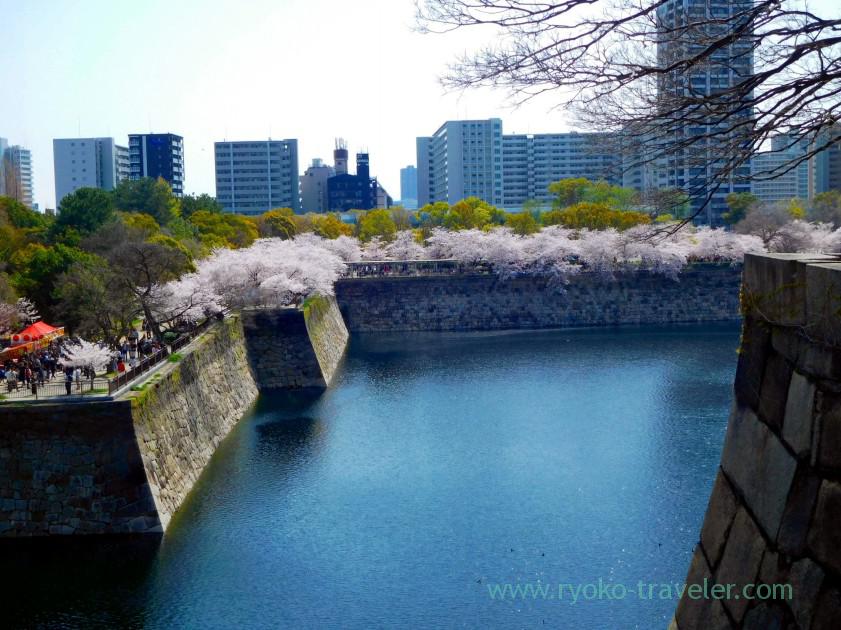 Especially, I was impressed by the castle dressed with pink flowers. 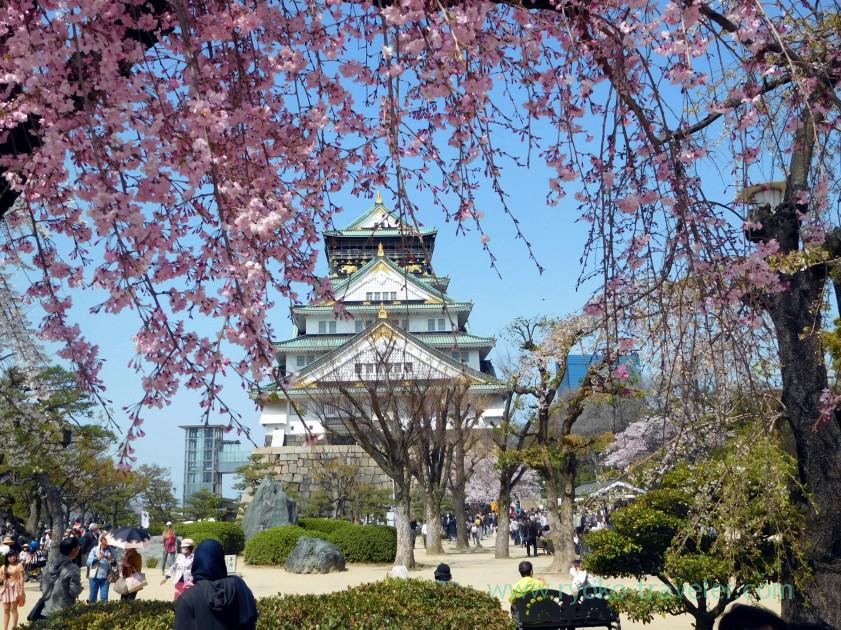 There’s a shrine in the castle.
It was built by Hideyoshi Toyotomi. Hokoku Jinja Shrine.
The statue of Hideyoshi is in front of the gate. 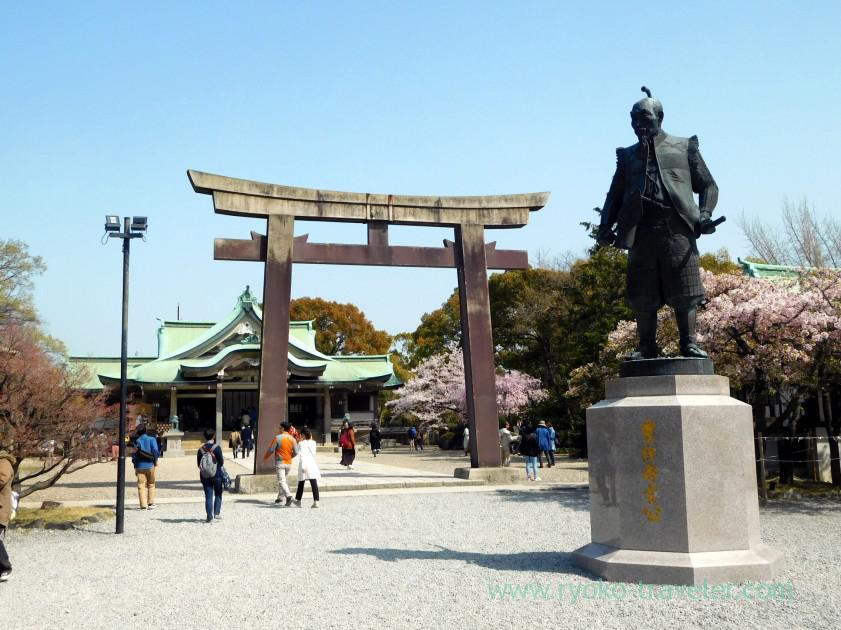 Wedding ceremony was held when I visited there. 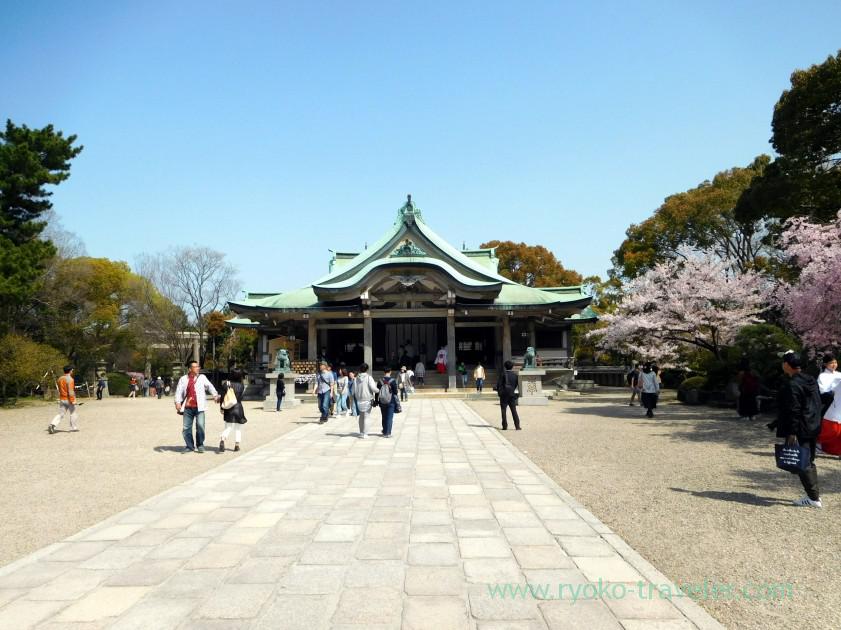 After I visited Osaka-jo castle, I went to Kyoto by train. My acommodation was in Kyoto. I had reservation for dinner in Gion. So, I went to Gion 30 minutes before the scheduled time for viewing cherry blossoms of Gion. 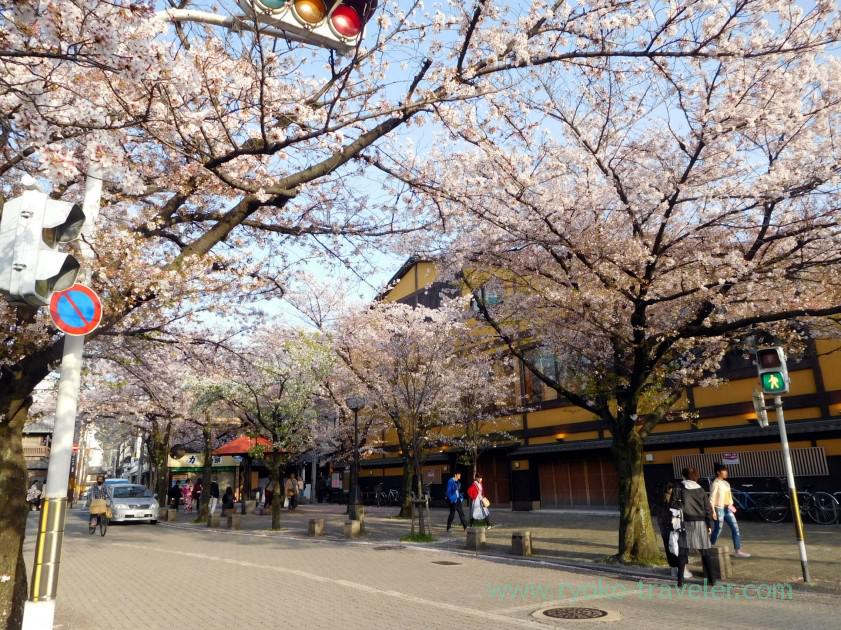 Of course, I enjoyed cherry blossoms after dinner. 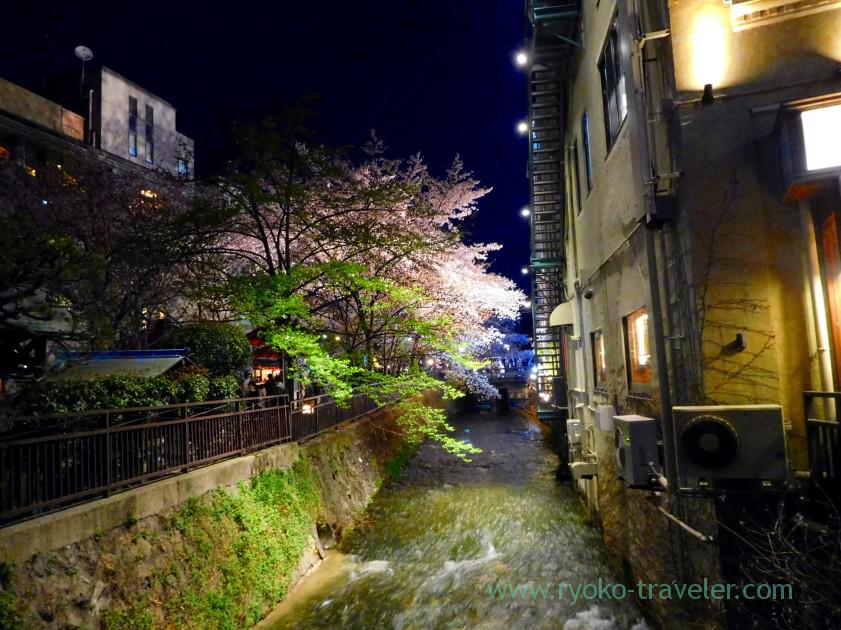 Nijo castle had Cherry blossoms festival.
They were open at night in special from March 23 to April 15 . 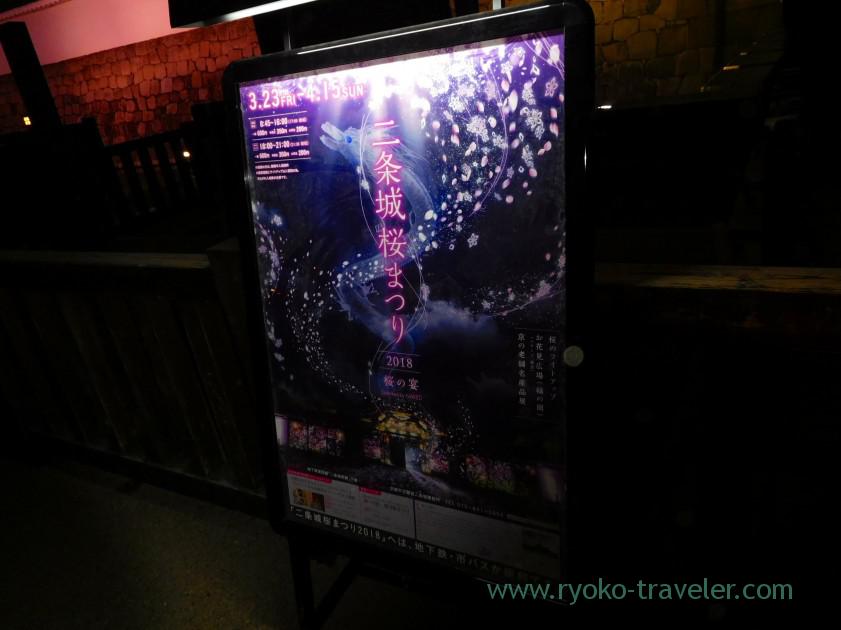 Cherry blossoms in the dark was, needless to say, beautiful. Though blossoms were far from in full bloom. Still, beautiful. 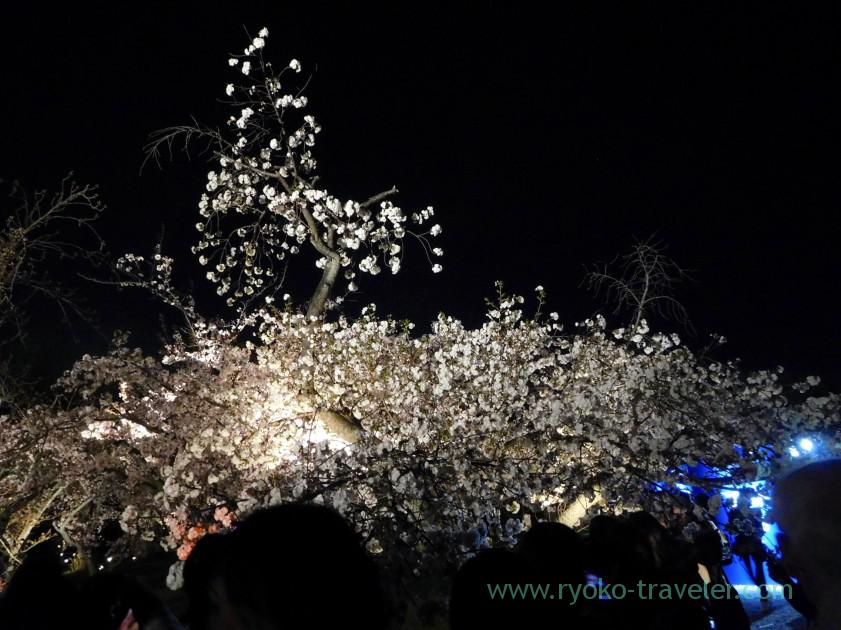 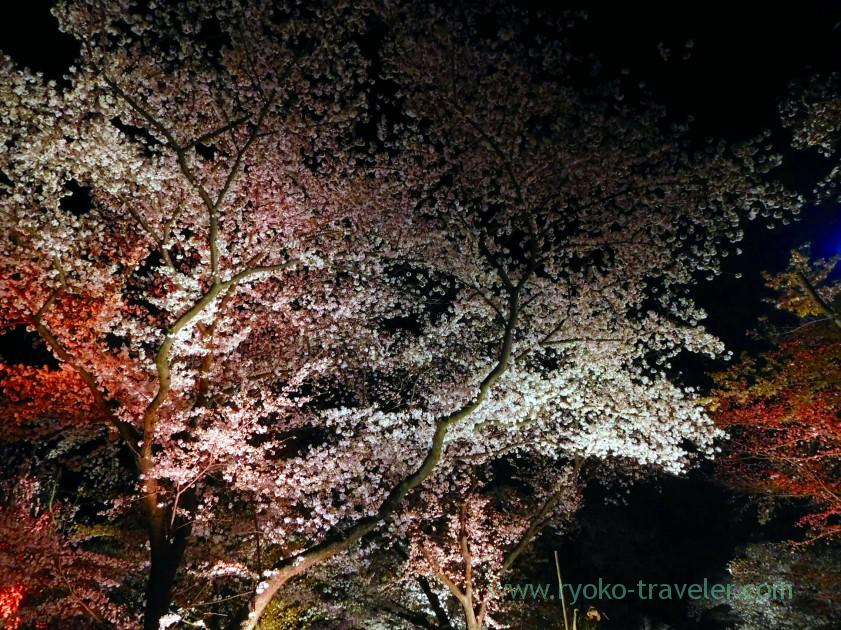 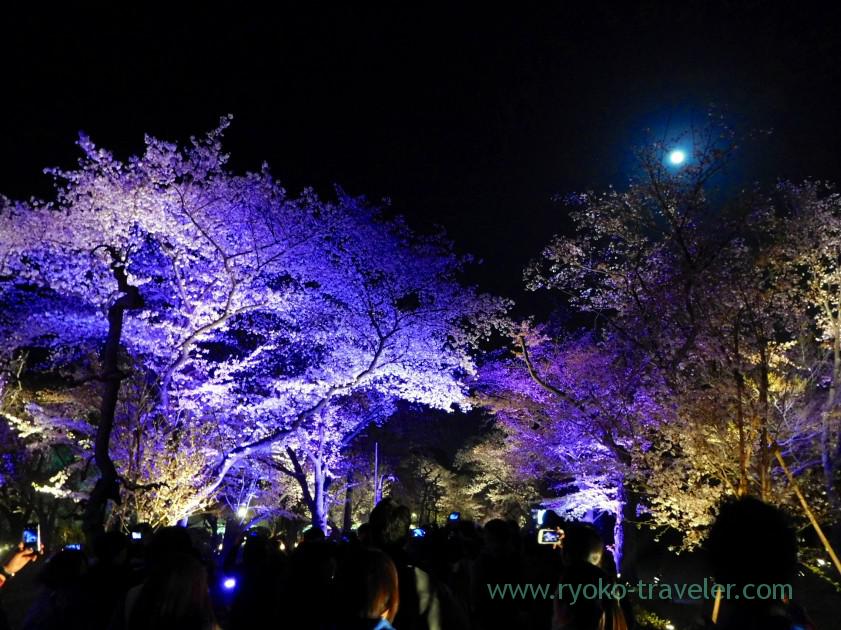 The second day(last day of my short trip). I had no idea where to go after check-out my acommodation.But any way , I started to walk toward Kiyomizudera temple.

But I found Sanju-Sangendo on my way to Kiyomizudera.
I was interested in this temple and I had’t been there yet.

So, I decided to visit this temple. Because it was early in the morning, there wasn’t too many people yet. 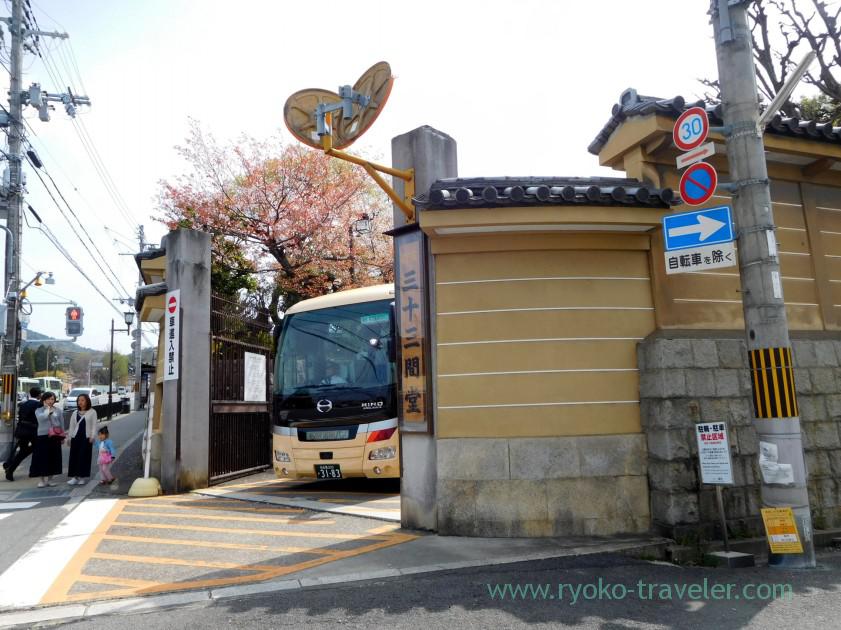 I enjoyed inside the temple having 1001 buddha statues. (Taking photos is forbidden)

And then the garden, too. There aren’t many cherry trees.But so beautiful garden attracted me. 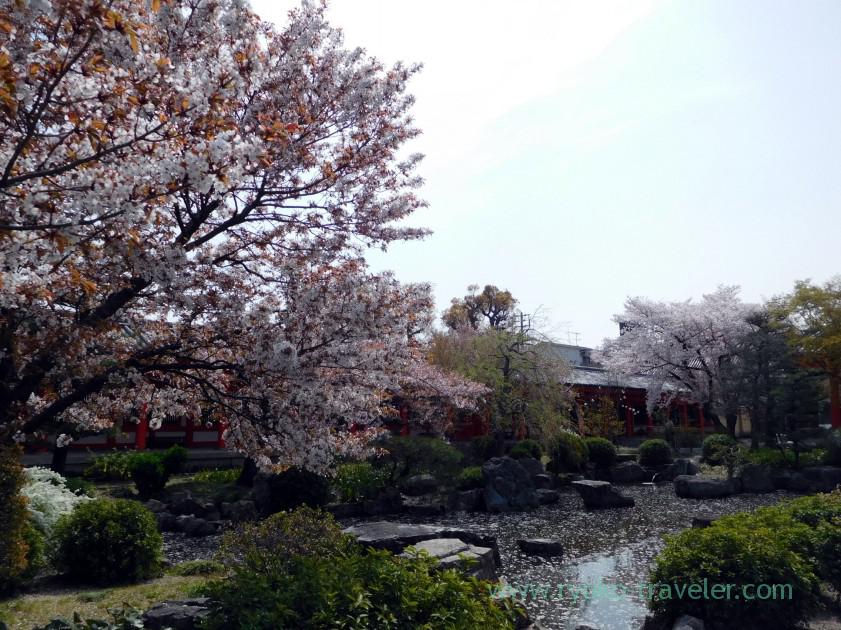 Sanju-Sangendo isn’t popular cherry blossoms spot, but it’s worth visiting there in Spring. 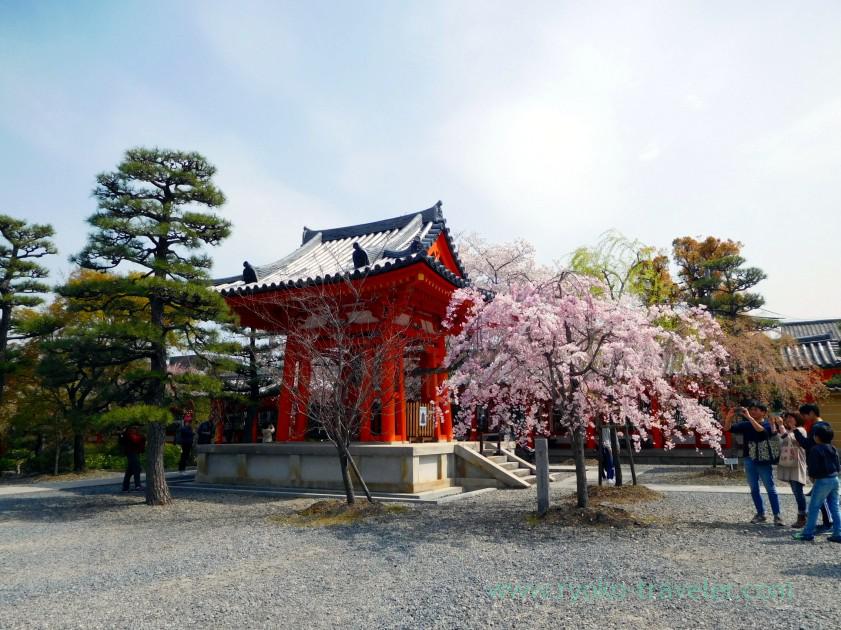 This trip’s best purpose was this HoKongo-in temple. This temple is located within only 5 minutes walk from JR Hanazono station. It’s a small temple. 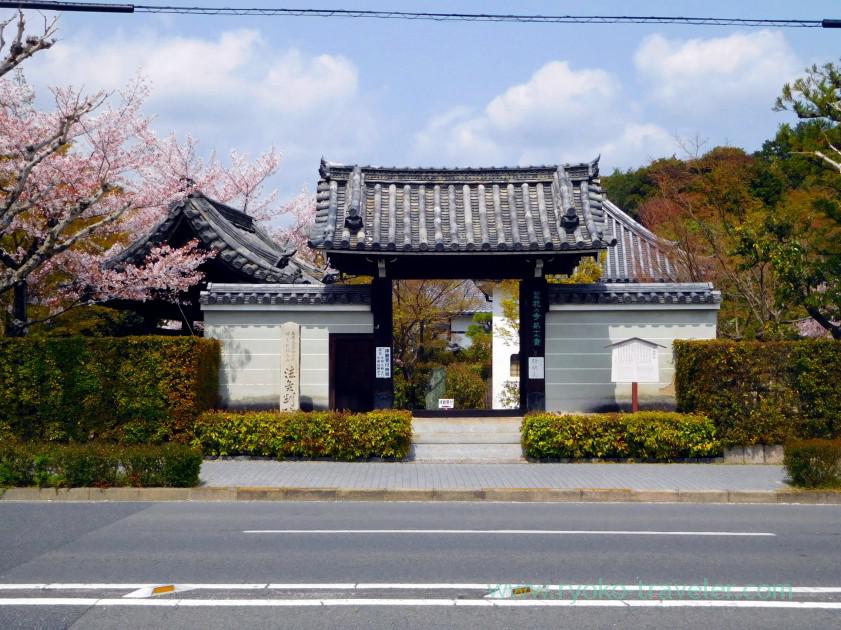 I think many visitors from abroad don’t know about this temple.
This temple is built in 1130 (Heian Era) by TAIKEN-MONIN (Empress of Emperor TOBA).

Garden is so beautiful. 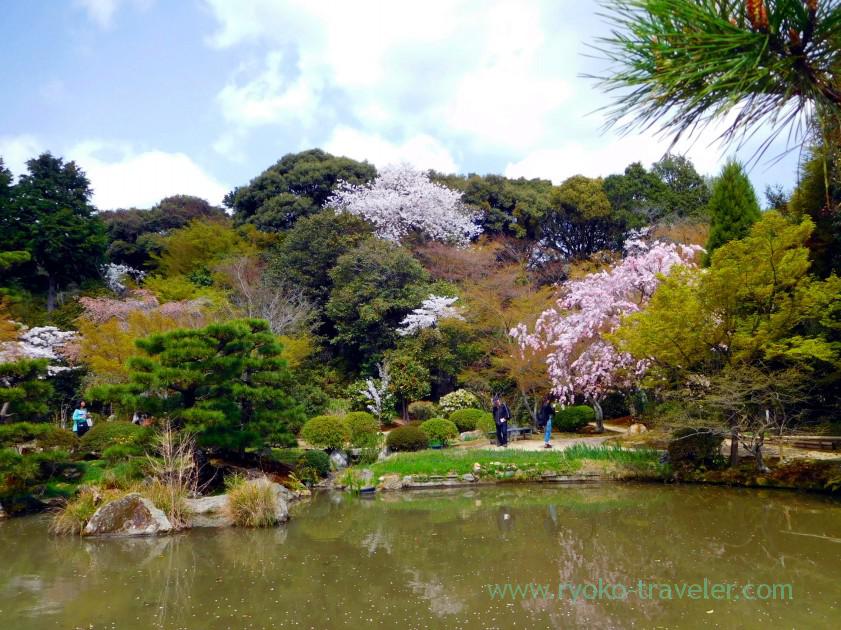 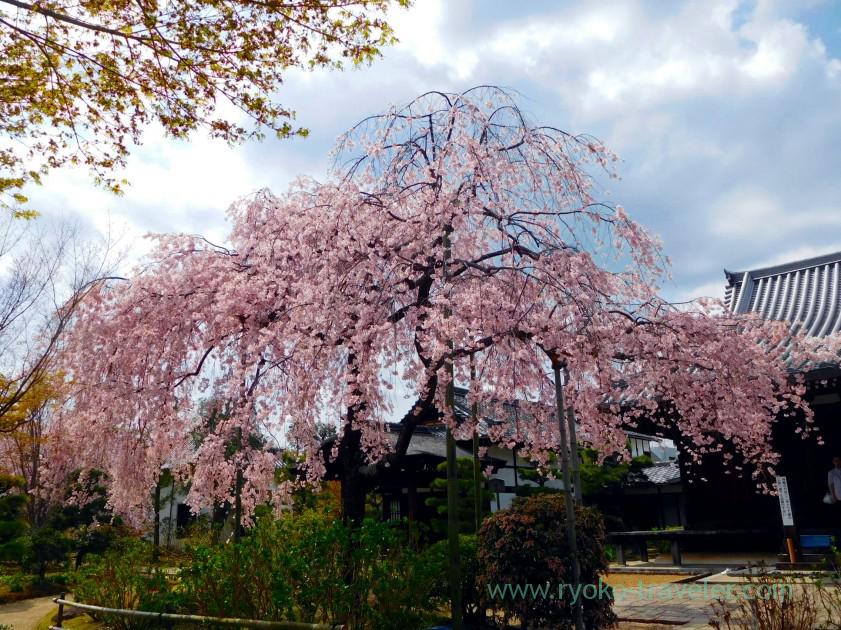 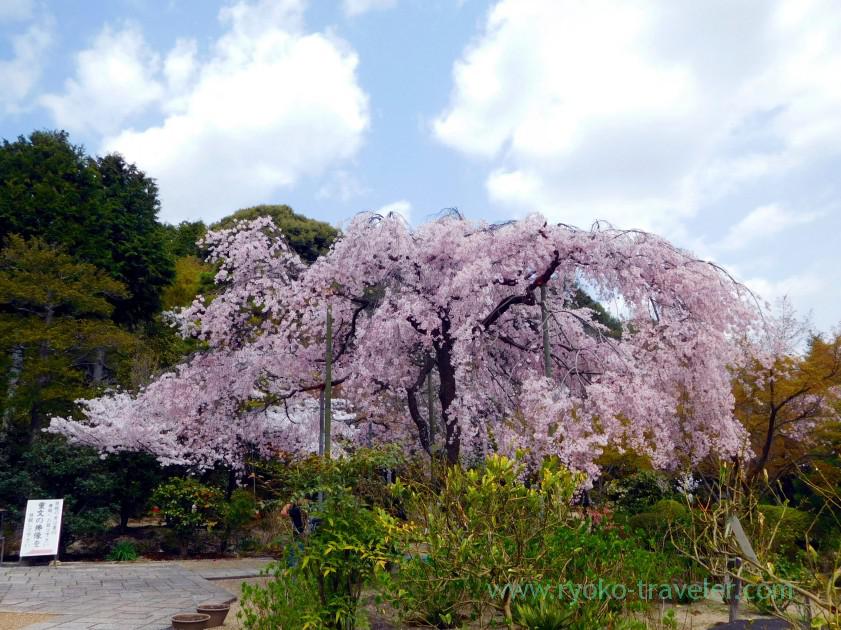 Because I had time until my shinkansen to Tokyo, I was dropped in at Yasaka Jinja shrine.
But I think it wasn’t good decision. Because there were too many people !
Shijo street on my way to the shrine was completely packed. I walked on curb side 🙁 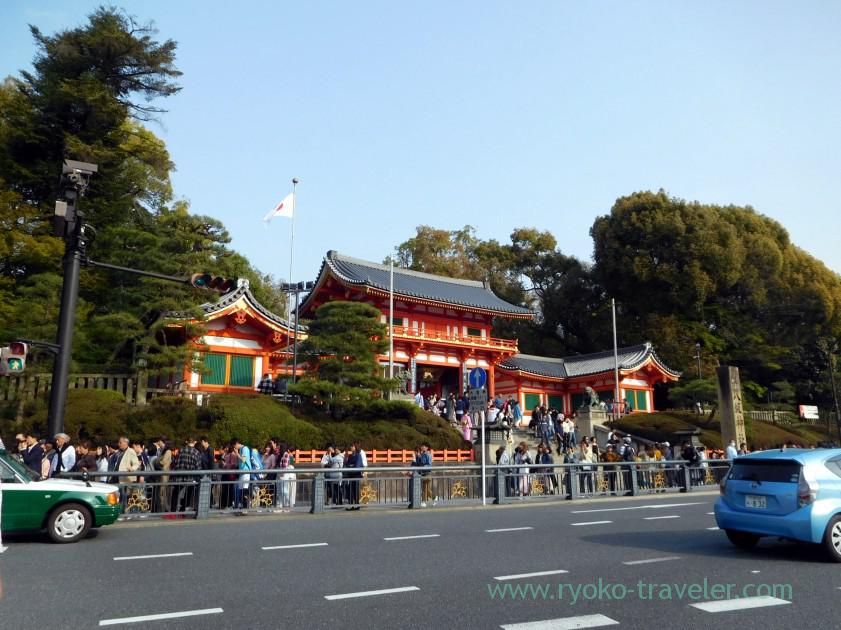 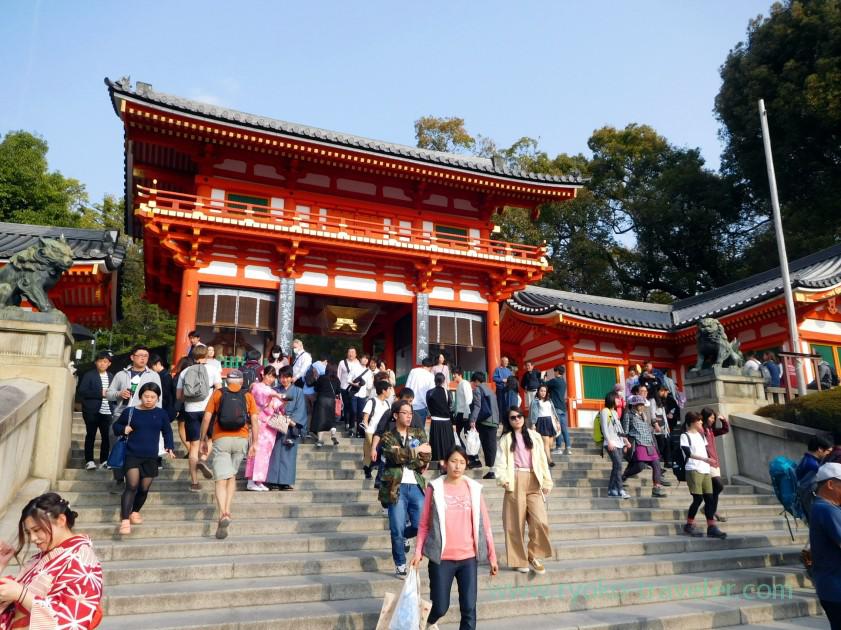 There were many yummy stalls along the promenade in the shrine and such a party space was prepared.
But I hadn’t such a time. I should have keep more time. I saw the view during short time and then I hurried to Kyoto station. 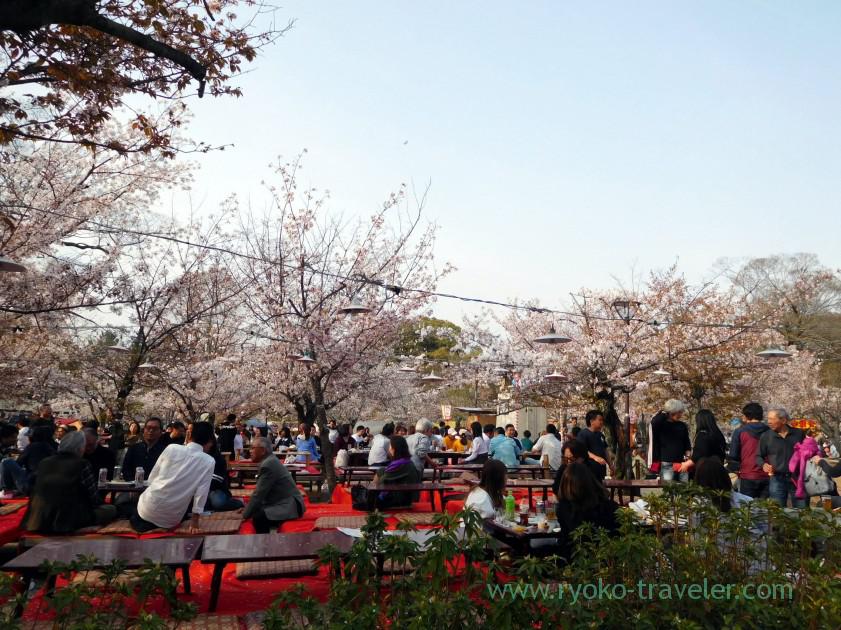 I visited Meoto zenzai (夫婦善哉) that is so popular Japanese sweets confectionery cafe. It's also one of the popular sight...

My friend often bought me CHA no KA when she visited Kyoto. I was always glad when she got it to me, and I thought I s...

Speaking of local foods in Kansai region, Akashiyaki is very popular next to Okonomiyaki and takoyaki. But contrary to ...

Whenever I visit Osaka, I want to eat curry at there at least one time. I visited Botani:curry in Honmachi area this ti...

Many "Jun-Kissa" still remains in Osaka. Today, I'll show you cafe and kissaten that we used during our trip to Osaka :...