Too popular view in Osaka

This will be the last post continued about our trip to Osaka.

Last post … was about views of Osaka.
The 2nd day’s night, we took a walk around Dotonbori river.

Speaking of Osaka, I think everyone remember this view at first.
Illuminations of buildings along Dotonbori river !!!!!
A lot of advertising shining !! 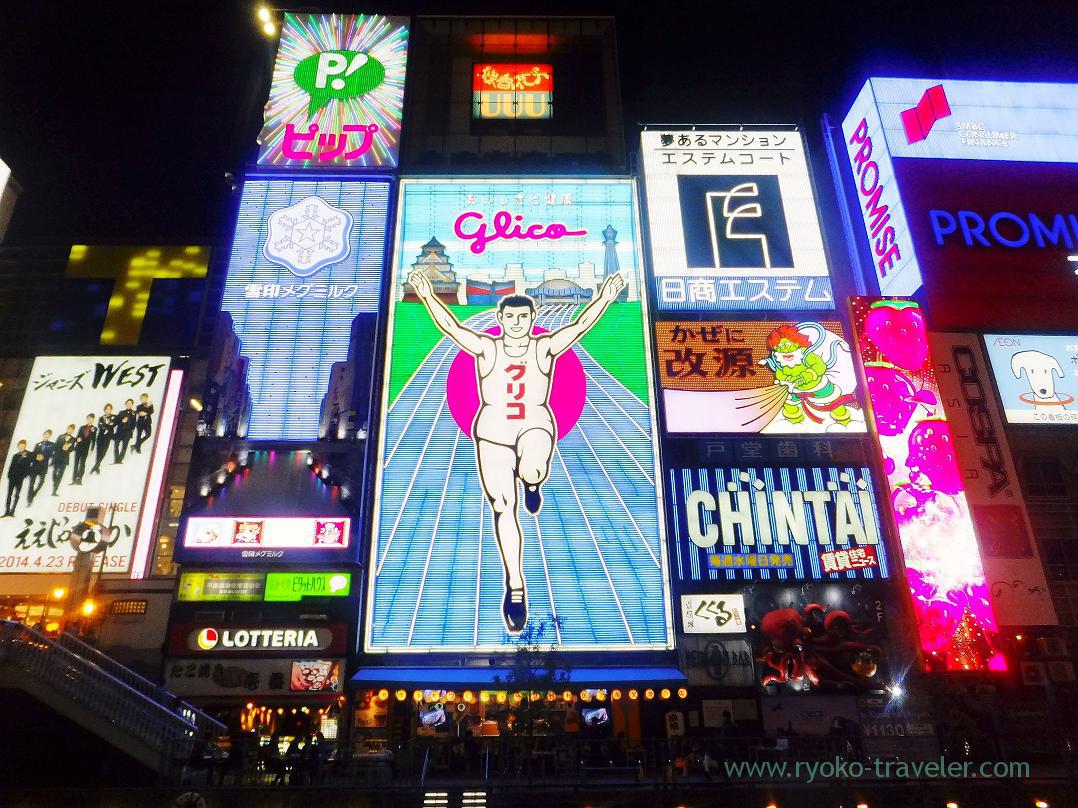 Woow !  Though Tokyo is called a city that never sleeps, but Osaka city, too 😛 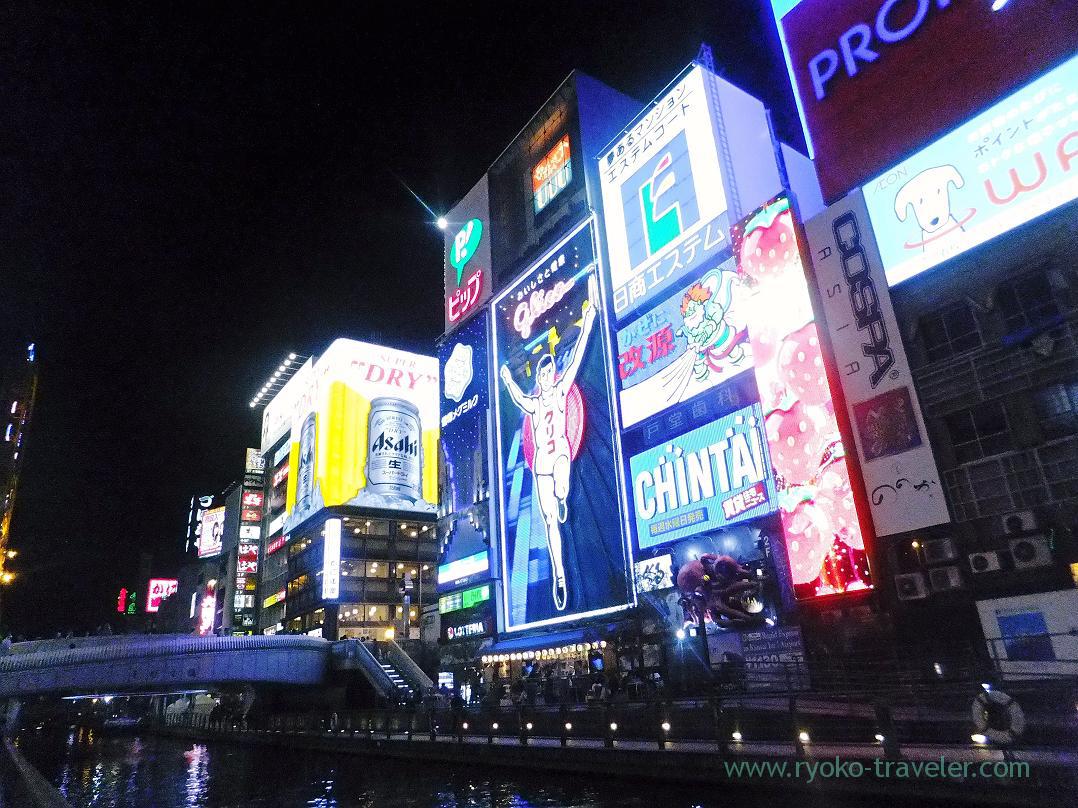 Also Osaka Osho’s branch is close to my house, but they don’t have such huge gyoza !!! That’s the Osaka !!! 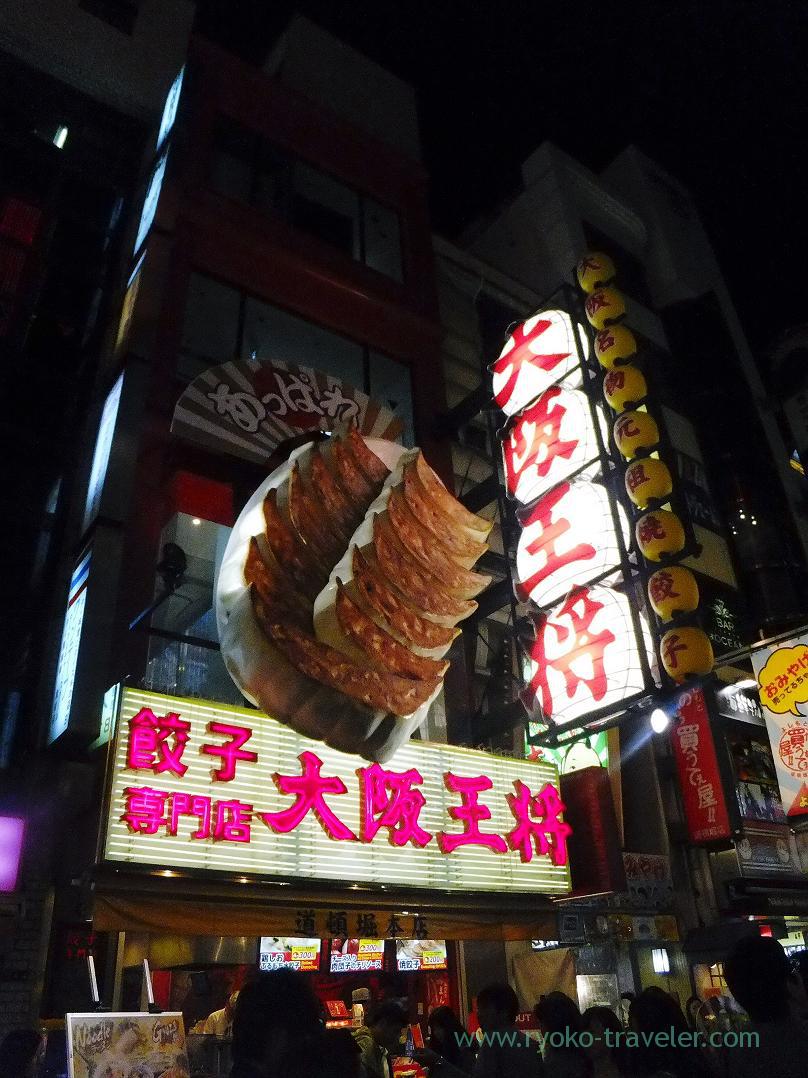 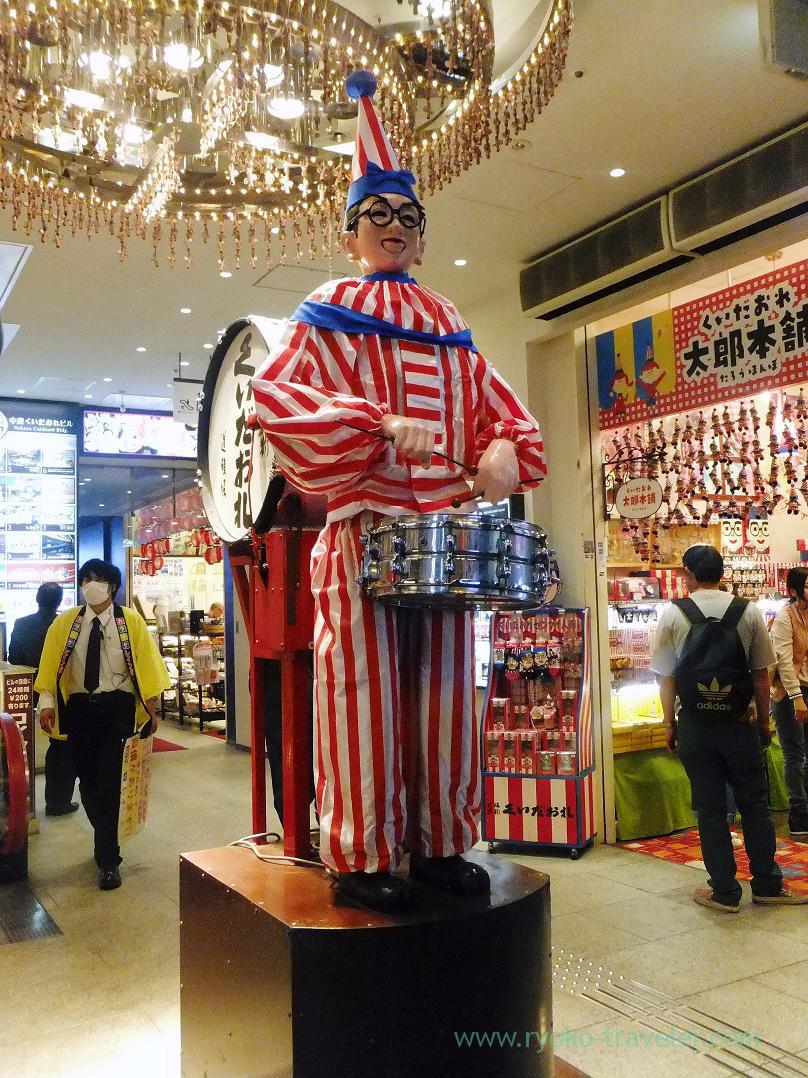 I gave Kuidaore Taro’s key chain to my mother and she was so happy 🙂 Though I don’t want such a key chain….. 😛 Eh ? Do you want it ?

The third day, I took a walk early in the morning.
The street in front of the Nanba Grand Kagetsu that was so crowded the previous night was so calm in the early morning 🙂 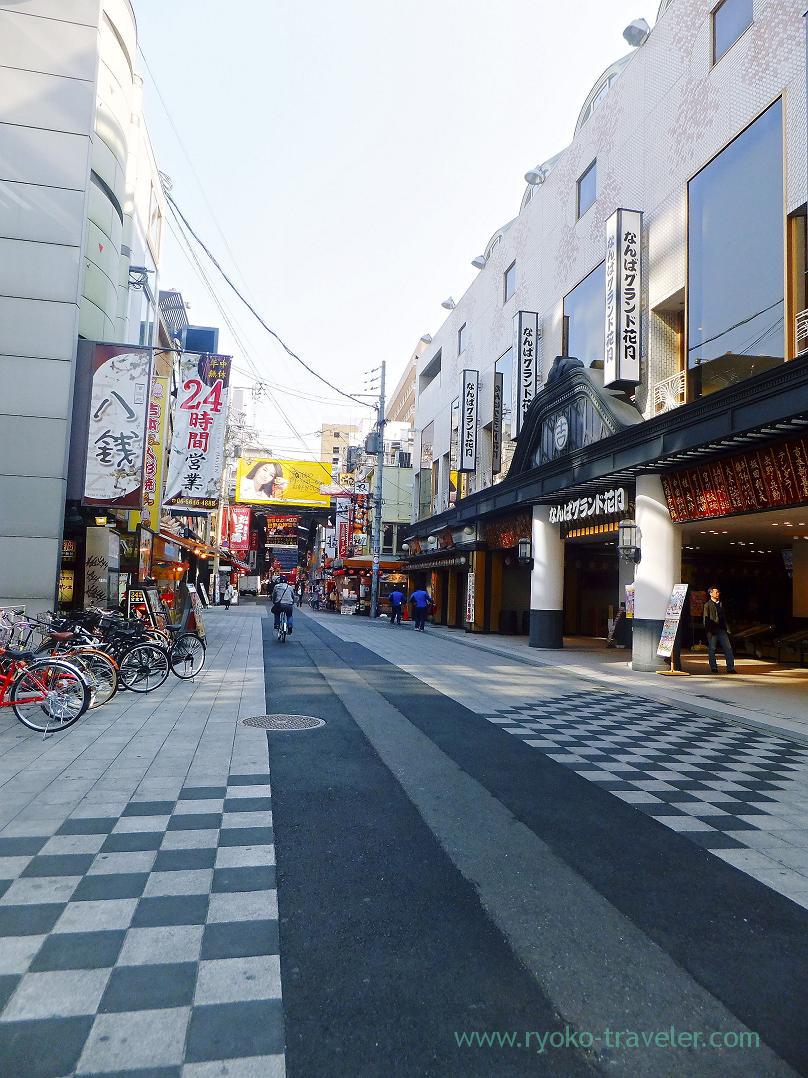 Hozenji Yokocho street. It seems to be lots of izakaya there…. It attracted me… I want to know about the street… 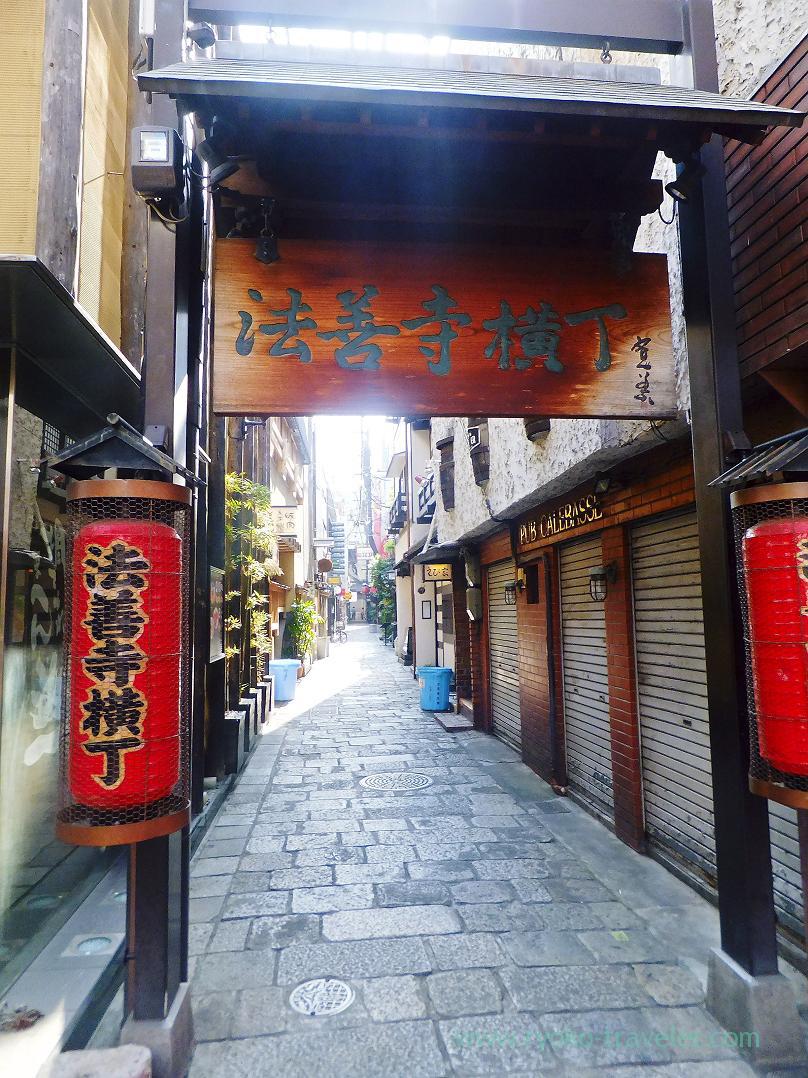 Sennichimae. It was calm and few people were there. I felt that previous day’s crowds seemed a lie … 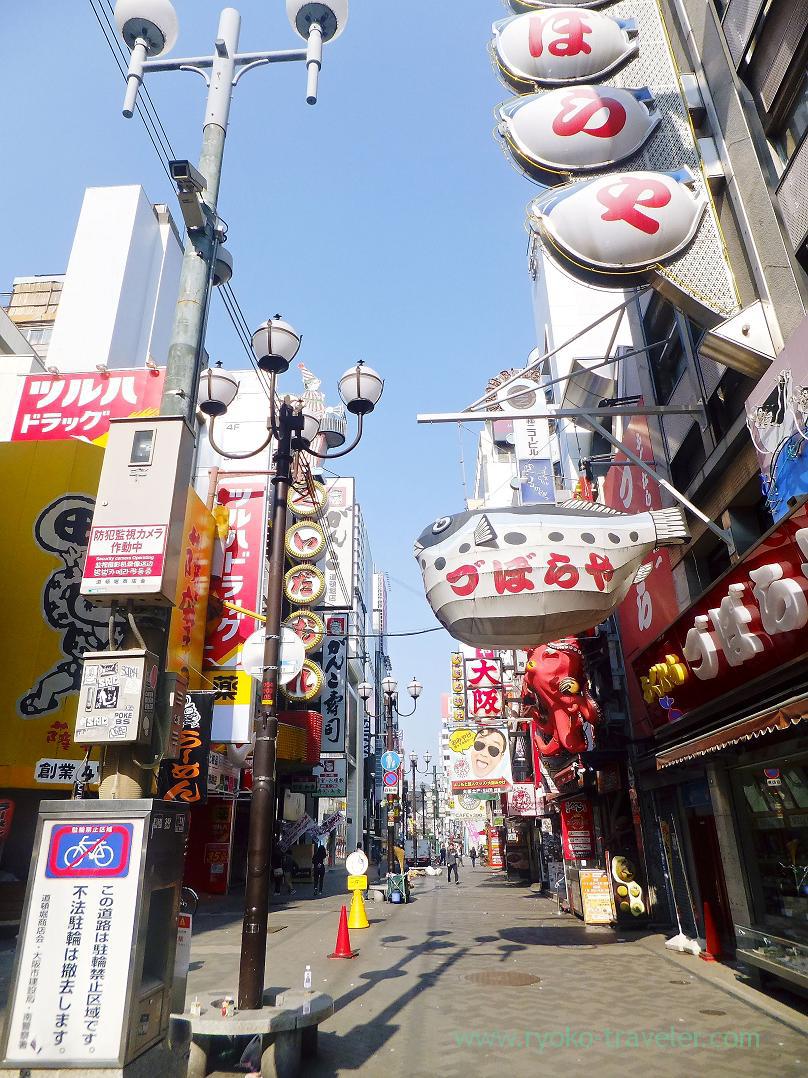 The view of along the dotonbori river in the early morning is fresh…. not ? 😛 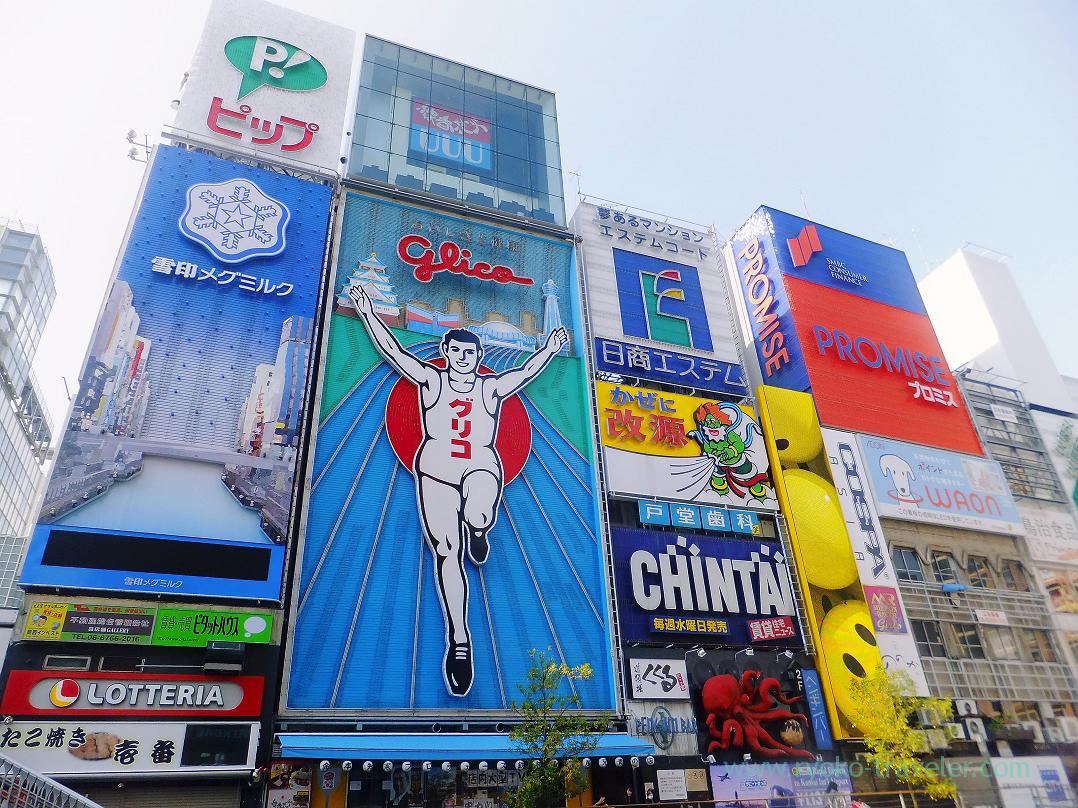 Osaka don’t seem to be the same Tokyo as Tokyo and have its own culture. I want to know more about Osaka and I want to visit there again sooner 🙂

Great castle built by Hideyoshi. The thing I looked forward to the most at this trip was Osaka-jo castle ! Af...

Speaking of local foods in Kansai region, Akashiyaki is very popular next to Okonomiyaki and takoyaki. But contrary to ...

I wanted to eat okonomiyaki having plenty of oysters in Osaka and I searched for it on the internet and I found an izak...

If you want to eat fresh seafood with alcoholic drinks in Namba area, let me recommend you Hidezo (ひでぞう) ! Hidezo is a ...