Today, it isn’t good weather, and it’s end of the year, so I clearned house as year-end cleaning.

I bought a new digital camera this year.

I bought some replacement this year. Television, laptop … (This is a pretext that I couldn’t saving money 🙁 )

This is the digital camera I have used for about 10 years. 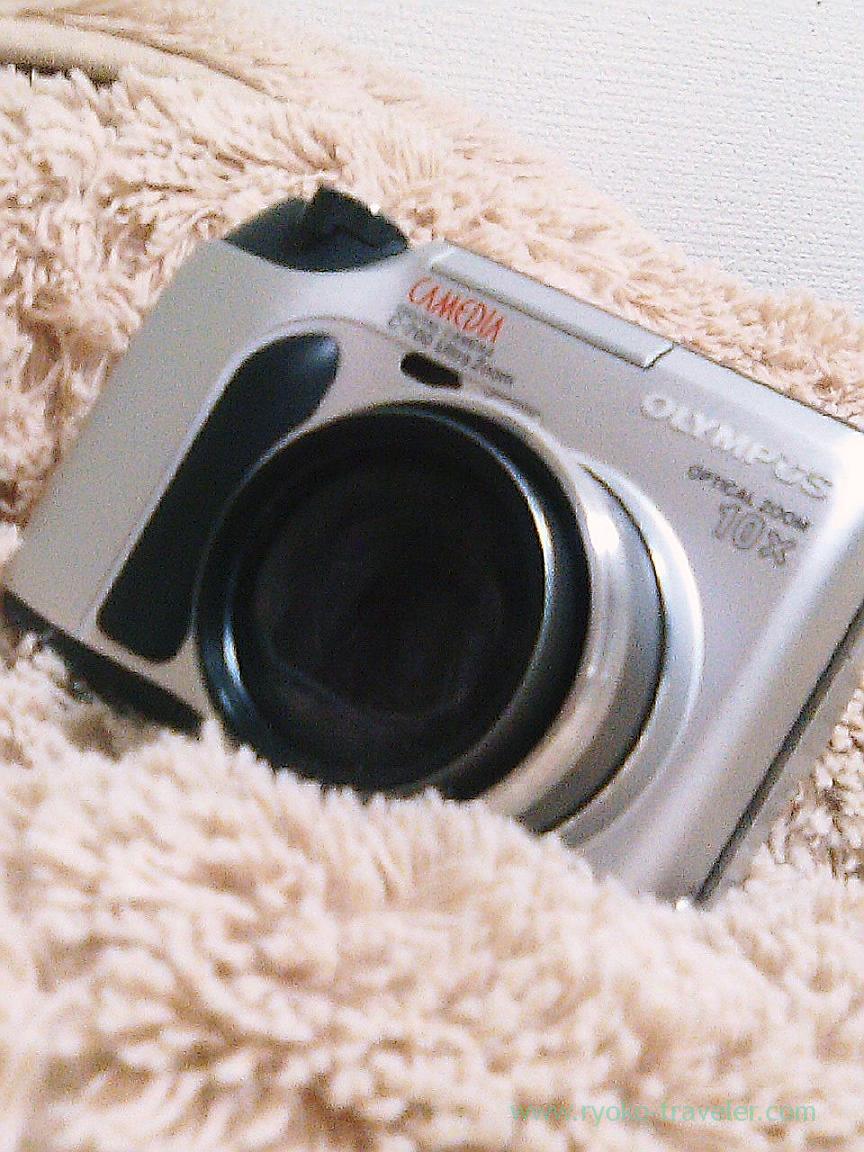 It’s heavy, so I bought a new one  by mail-order before, but I couldn’t like that. That had not much zoom, not good picture.
So I parted with that camera.(My mother use now)
Though it’s heavy, but I continued to use it.

But there was something trouble with me recently.
I come to take much much picture than before.

Do you know SmartMedia???

And, Smartmedia already went out of production.

I seeked used Smartmedia at the net auction, but it is at a high price.
I thought it’s better for me to buy a new camera.

At first I tried to buy a Olympus’s 25 times zoom but, it’s very heavy, so I gave up to buy.

I’ll hold dear this old camera.
I won’t throw away as refuse.

By the way,  when I went to the shop to buy a SmartMedia at first, a young male clerk asked me what is a SmartMedia…
He was serious…:'(

Christmas limited tenugui. I like collecting tenugui. I bought them at Kossa to display on the wall last year. It...

Tenugui: Silent night (made by Kenema)

Snow falls silently and piles up. But there are birds and rabbit, so this is not a total silence. They enjoy theirselv...

Cute tenugui can be found at Tsukishima ! I like collecting tenuguis. Now, I display it on the dining wall to take thi...