It took about one hour from Amagase to Hita station by express.

www.ryoko-traveler.com
I had wanted to visit this old town named Mameda-machi.

Mameda-machi still have many old houses that was built in Edo period and those were designated as national important preservation district of historic buildings.

I visited Yufuin, Amagase, Hita and Beppu that time during only three days, so I didn’t have much time to spend in this town. But just seeing this town was enjoyable. 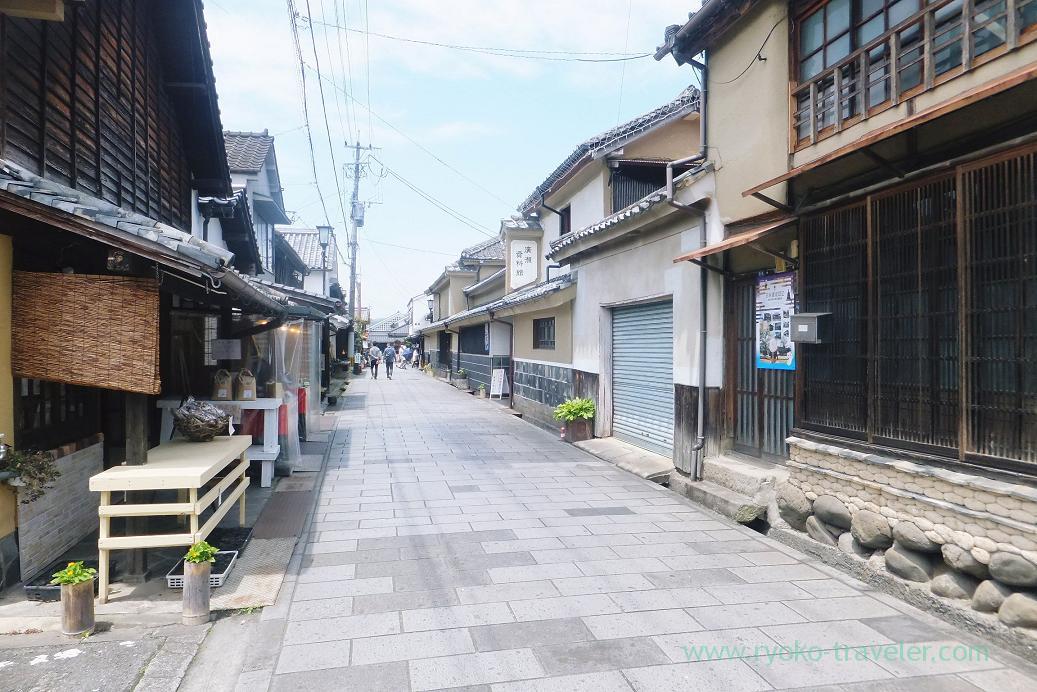 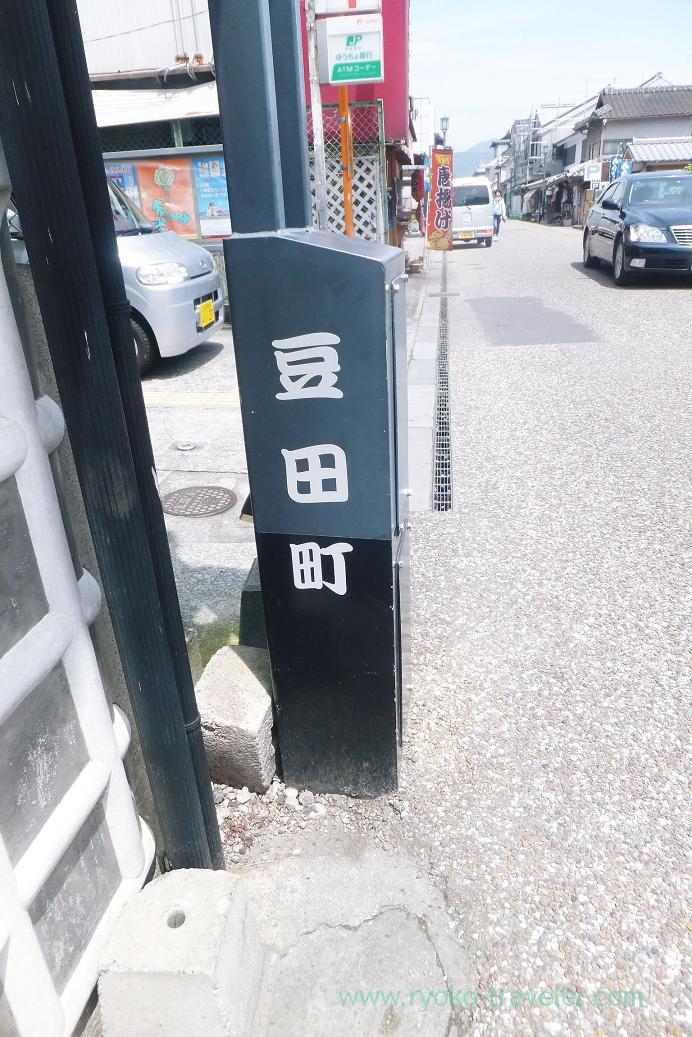 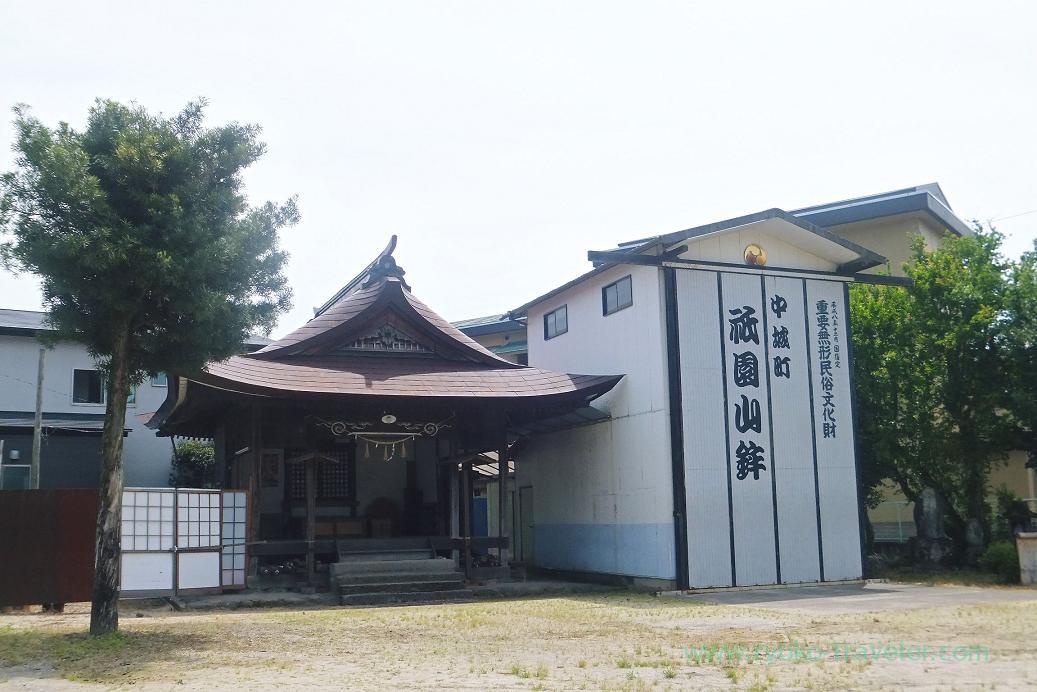 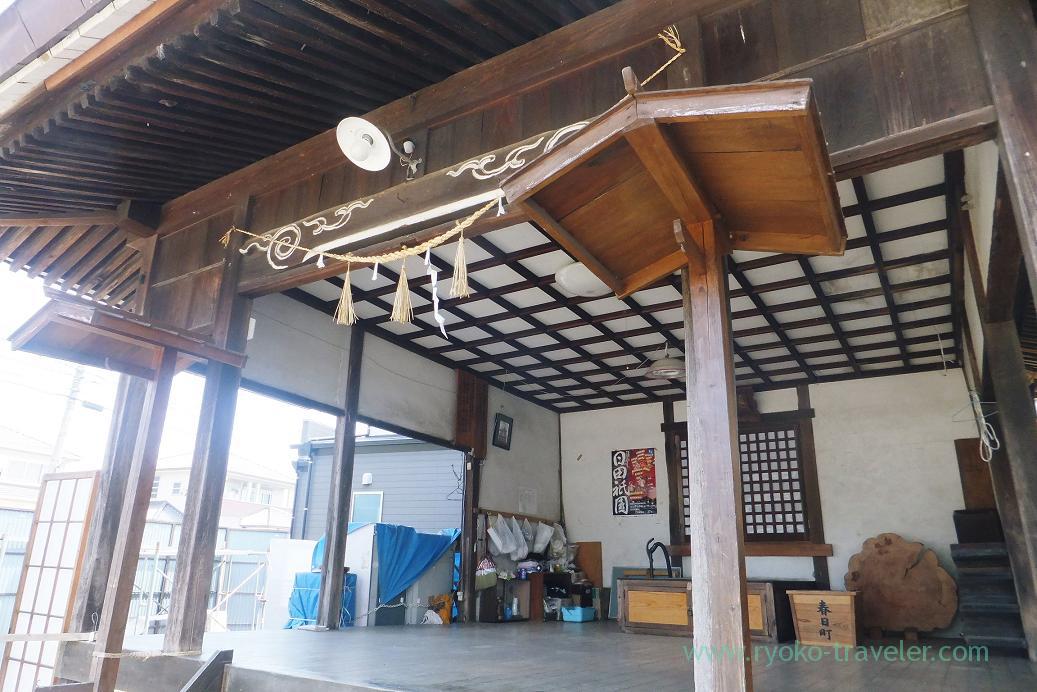 Many of those historic architectures are now souvenir shops and museums. 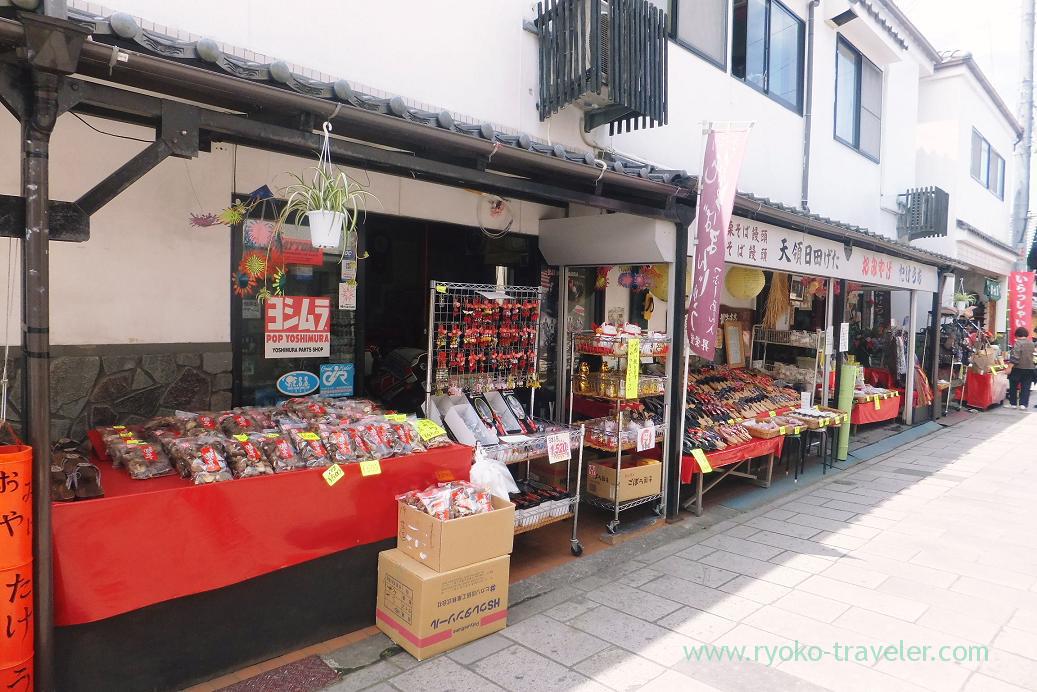 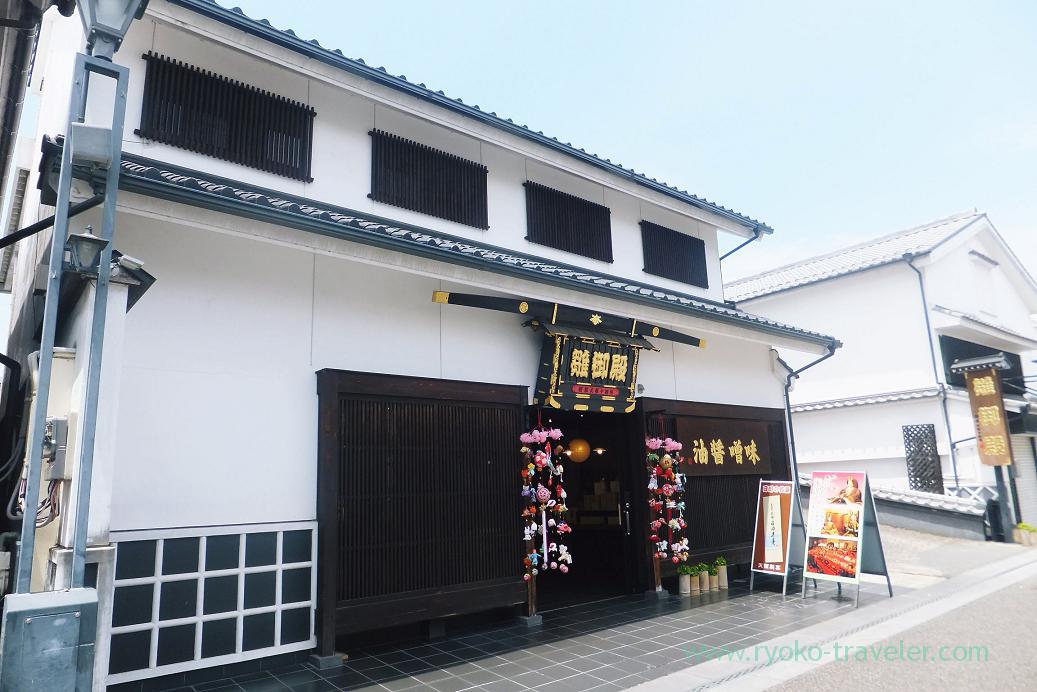 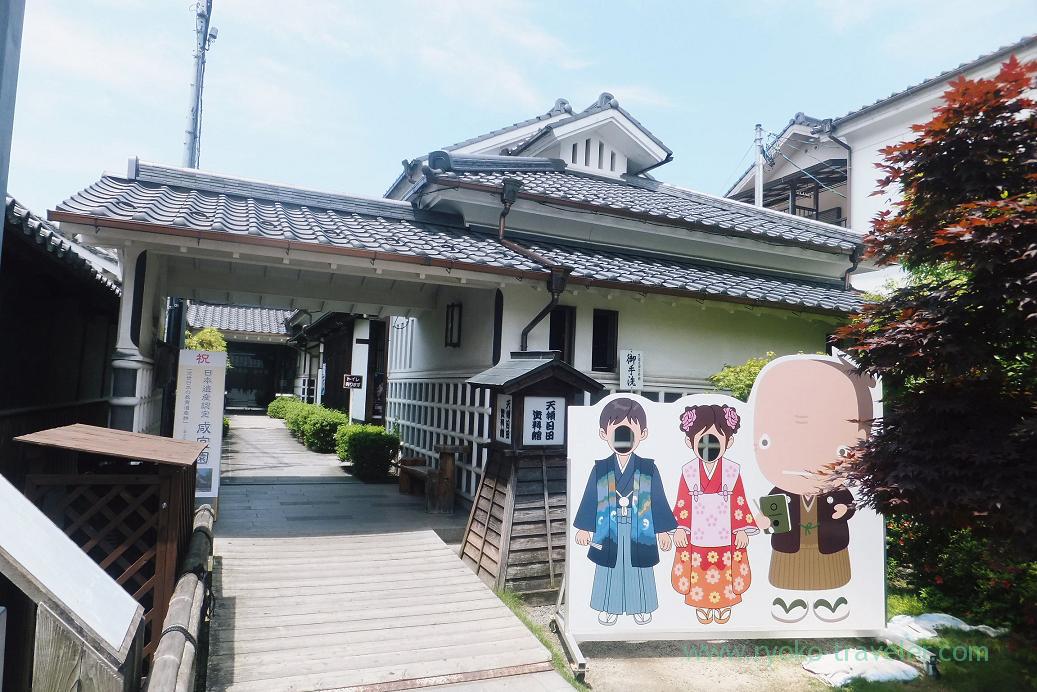 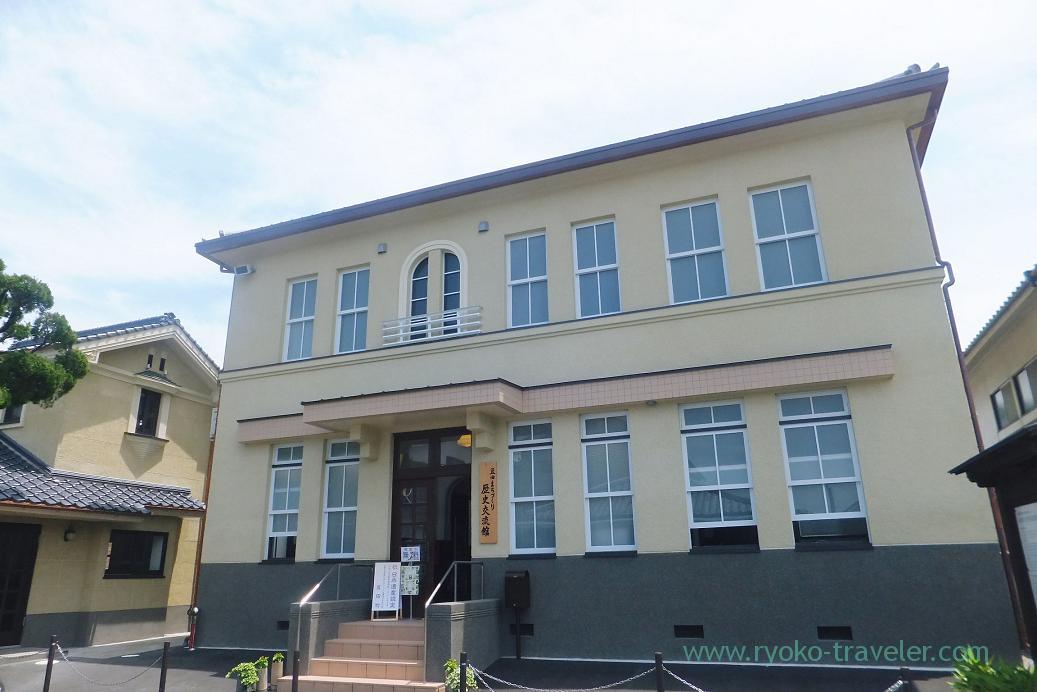 Kusano Honke (草野本家)
The house of the oldest merchant in Hita area. 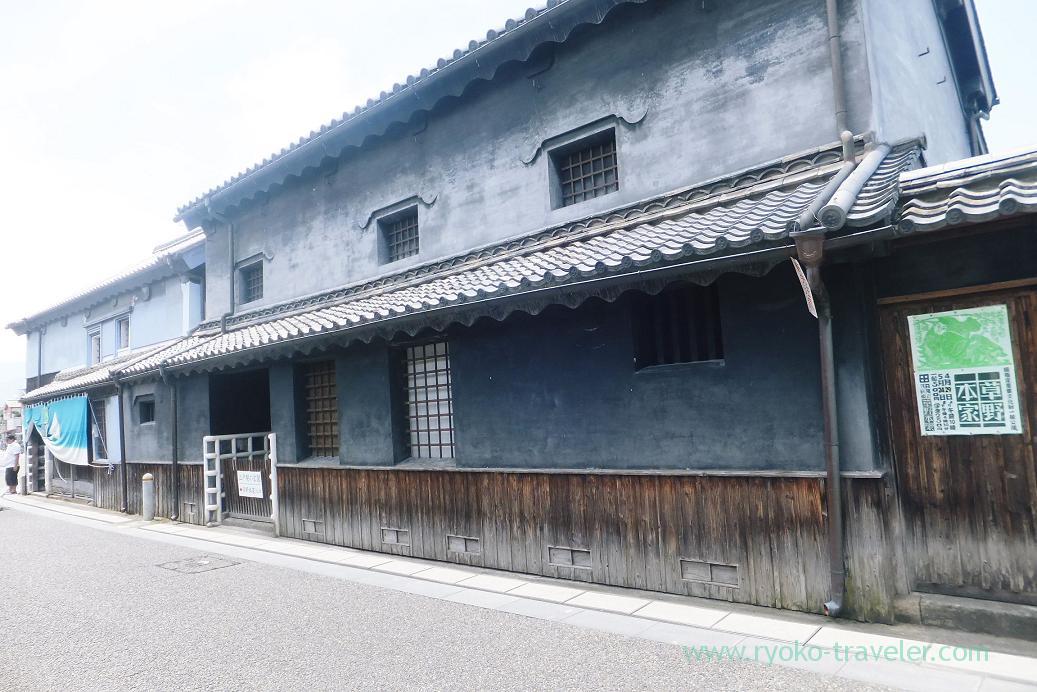 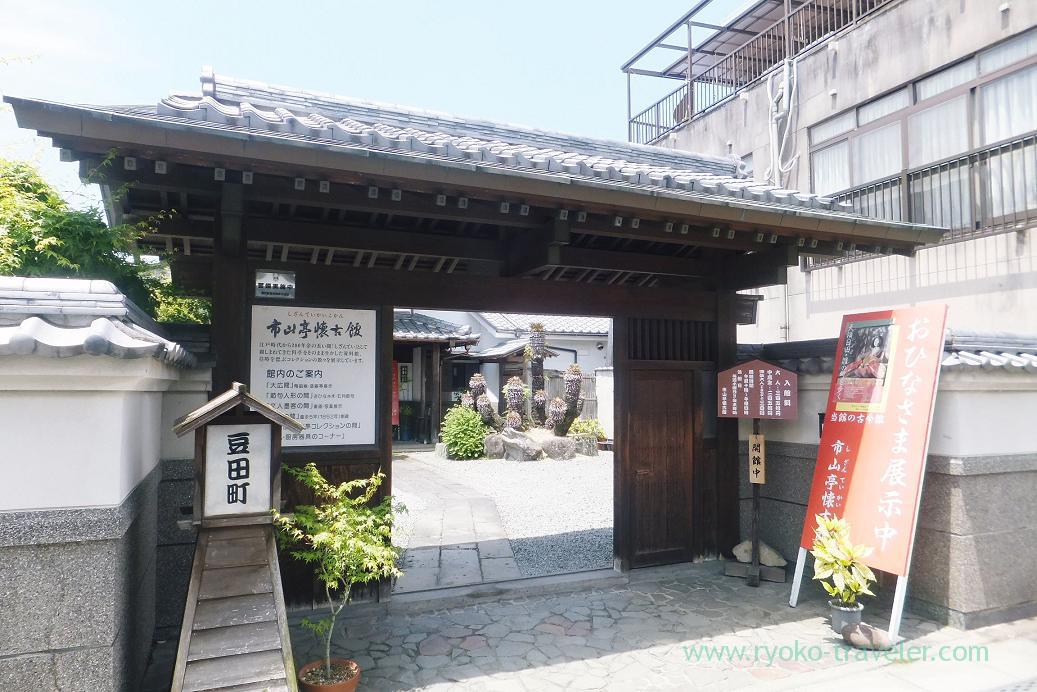 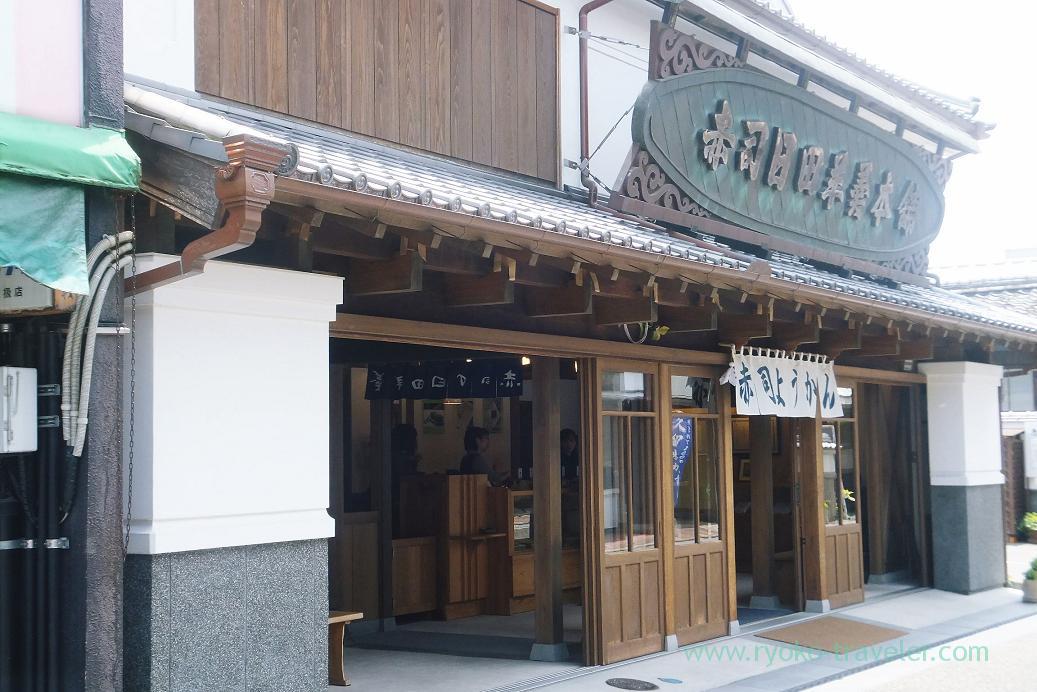 I bought yokan at there 🙂 It was tasty.

Before going back to the station, I had lunch at this shop. 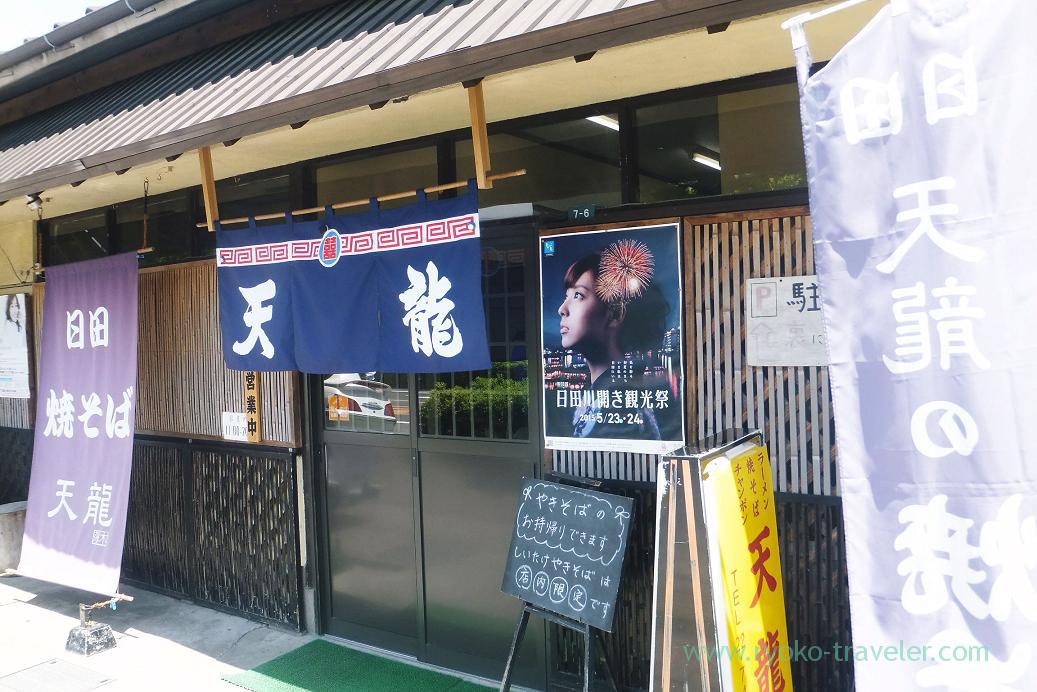 Especially, this shop is proud of this Shiitake Yakisoba (椎茸焼きそば, 850 yen). 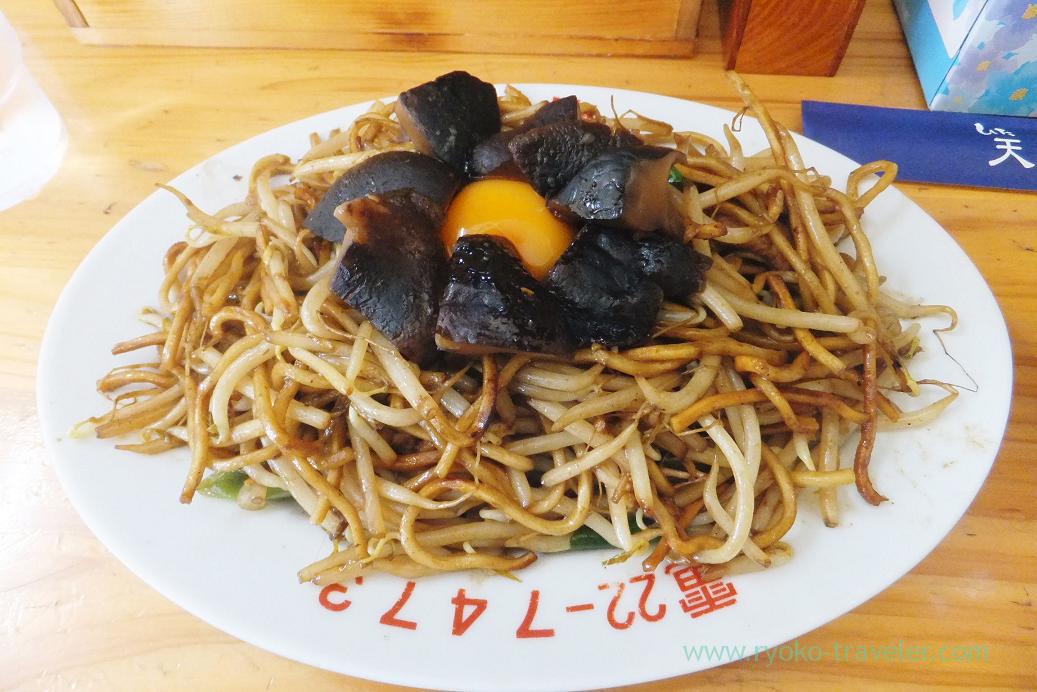 They serve ramen, too. But every guests ordered yakisoba 😛

Hita-style yakisoba – At first, it is baked on the plate like pancake and it makes noodles crisp.
After that they add water (or soup ?) and break it up. 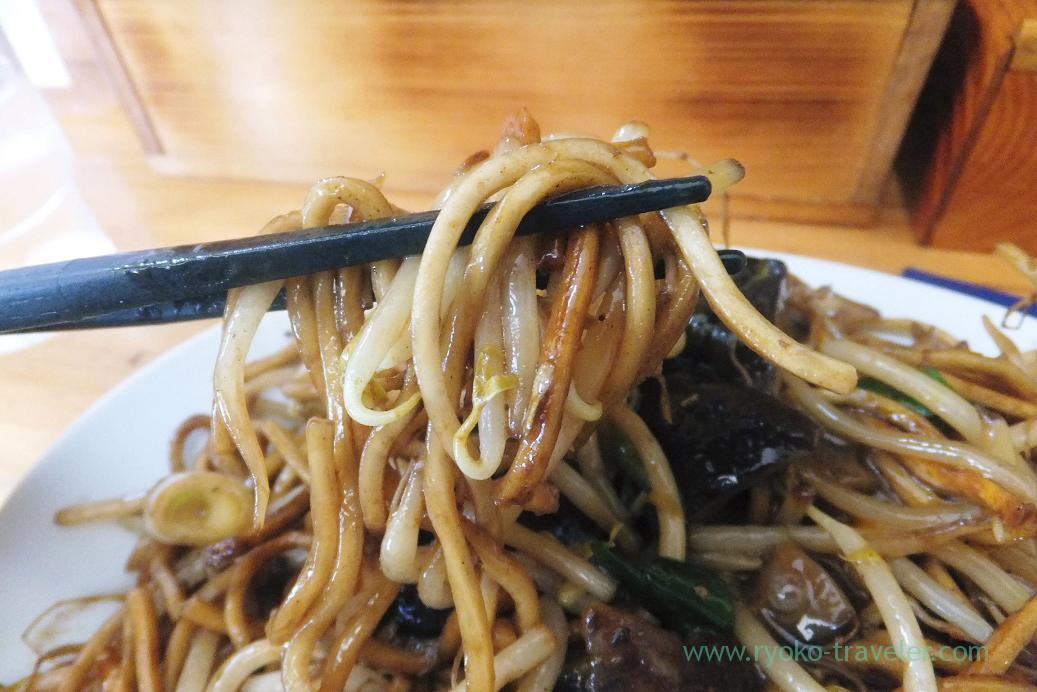 So, the noodles become short like this. Part of it was crisp, but another part was soft. It was fun !
Those shiitake mushrooms were seasoned with soy sauce and it was sweet. The cook said that it’d be better to eat noodles, vegetables, shiitake mushroom and yolk altogether. Certainly it was good. But eating them separately was tasty, too 🙂

Yakisoba have soup, too. 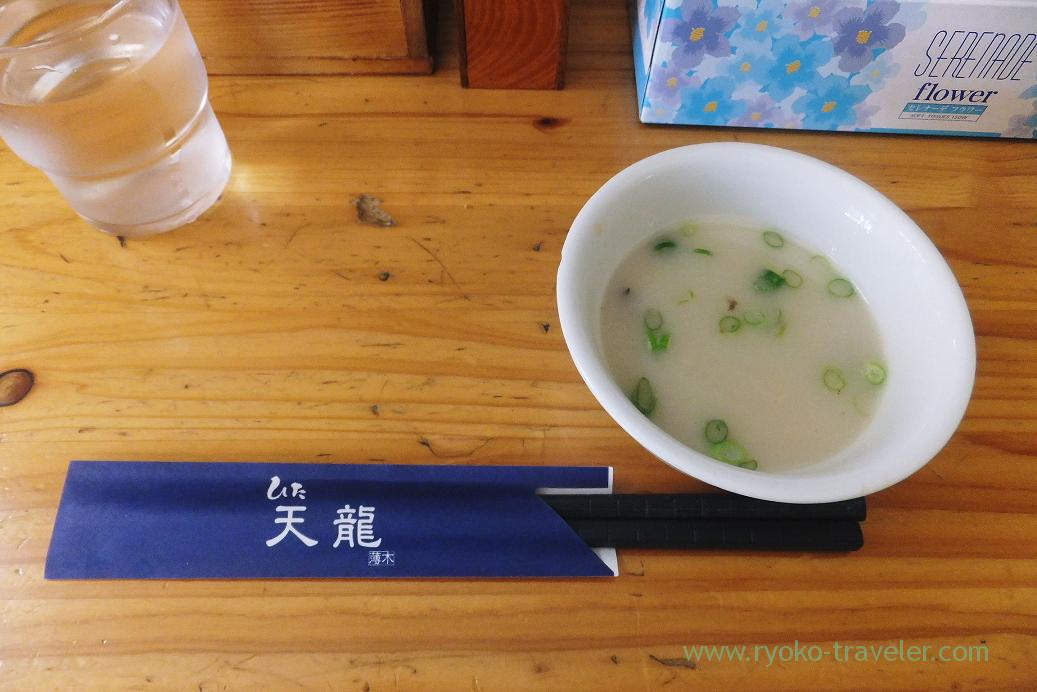 And then I went back to the station and got on the express to Oita station.

I think I should prepare more time when I’ll visit there again. There are many museums and shops, so it takes much time to enjoy them. Also there are alcoholic drinks museum and I want to visit there, too 😉

I wanted to go to Kamesho Kurukuru Sushi (亀正くるくる寿司) when I have a chance to visit Beppu. Finally, my wish came true. Th...

One of the biggest onsen town in Kyusyu ! I got on the train at Hita station and my target was Beppu ! Last onsen on th...