Saury season is not long. 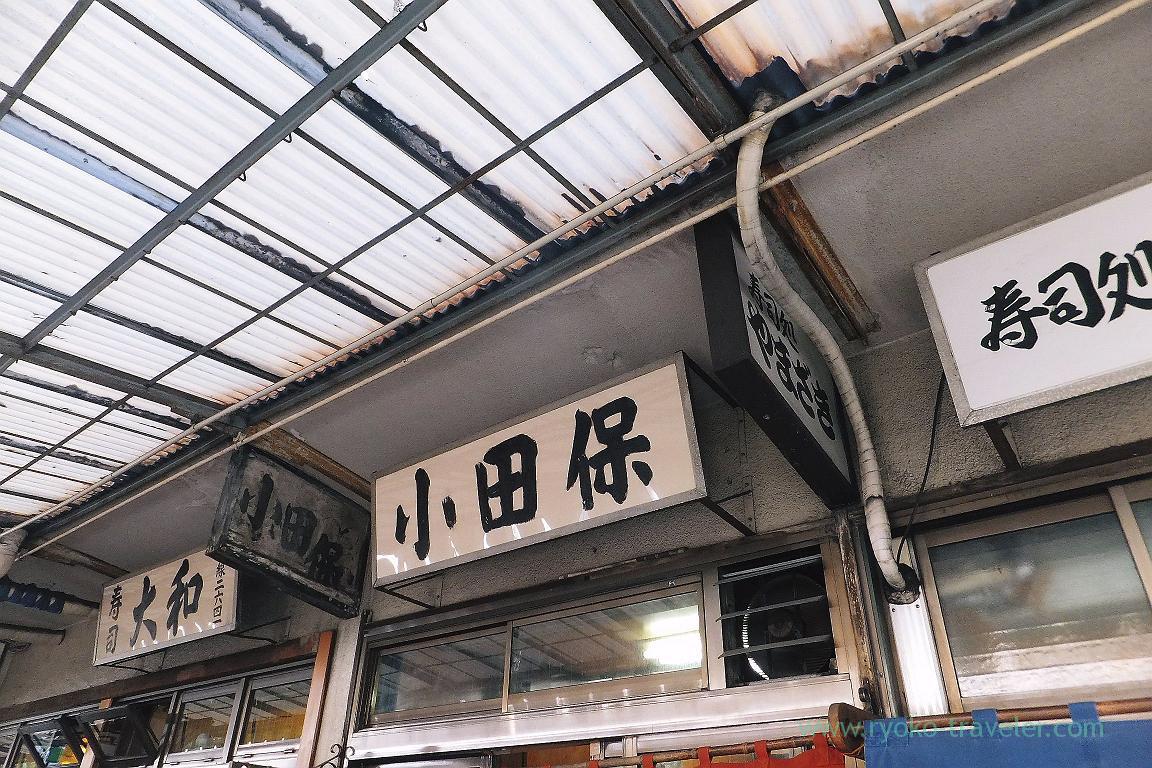 (moved) Tsukiji Market : at Yonehana (米花)
Autumn has come to the market !I had breakfast at Yonehana one month absence. I refrained from going out for breakfast...

My target was, of course, saury 🙂
Saury is Autumn fish and the word “saury” is on the temporarily whiteboard menu.
I checked the menu in advance on twitter and went into the shop.

Deep fried saury (サンマフライ, 800 yen)
This deep fried saury have one saury without its backbone and head.
You can see just a little. Potato salad and shredded cabbage under the saury.
It was larger than expected. 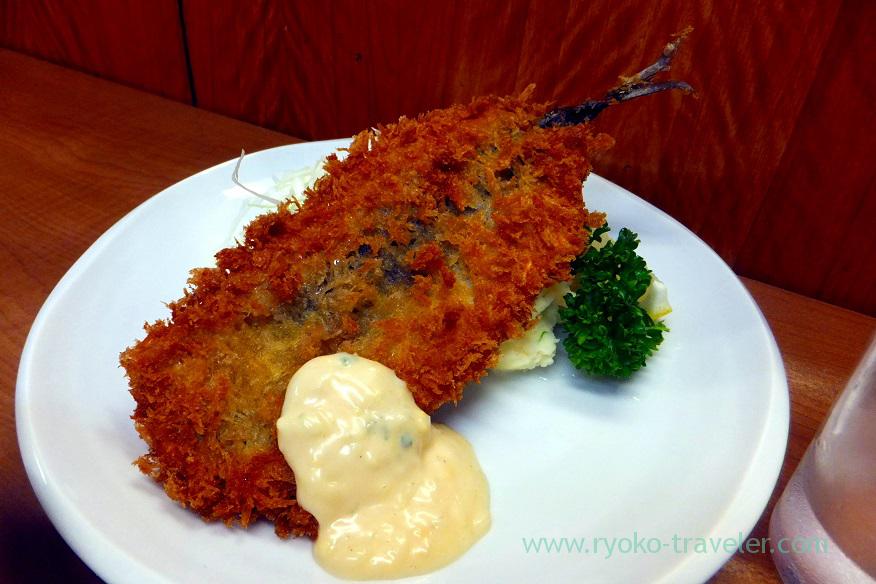 So fatty saury !!! Though it was large, I ate it up soon !
Saury is “must” fish that you should eat if you visit Japan in Autumn 🙂 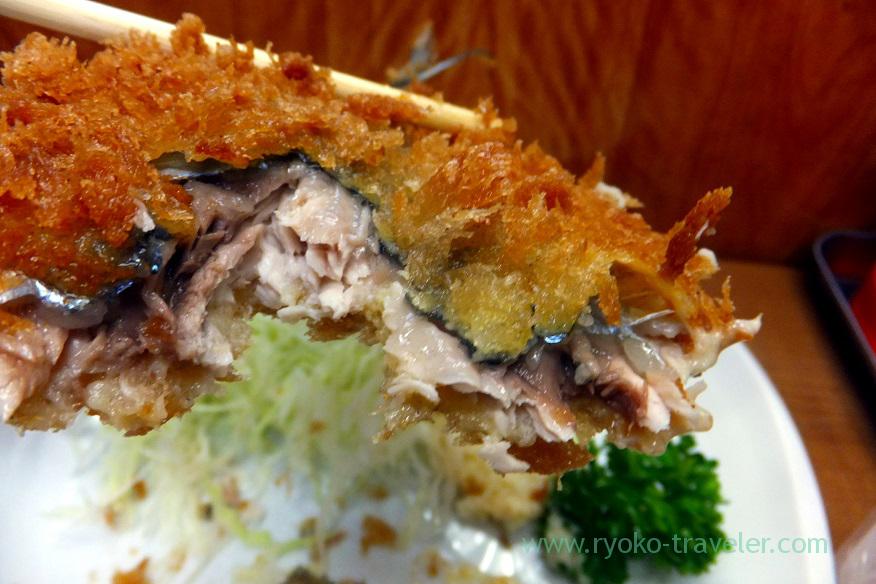 I ordered it, too.
Saury sashimi (サンマ刺身, 800 yen)
It was served its head and backbone. It took much time to be served and it was fresh. I think it was cut after I ordered. 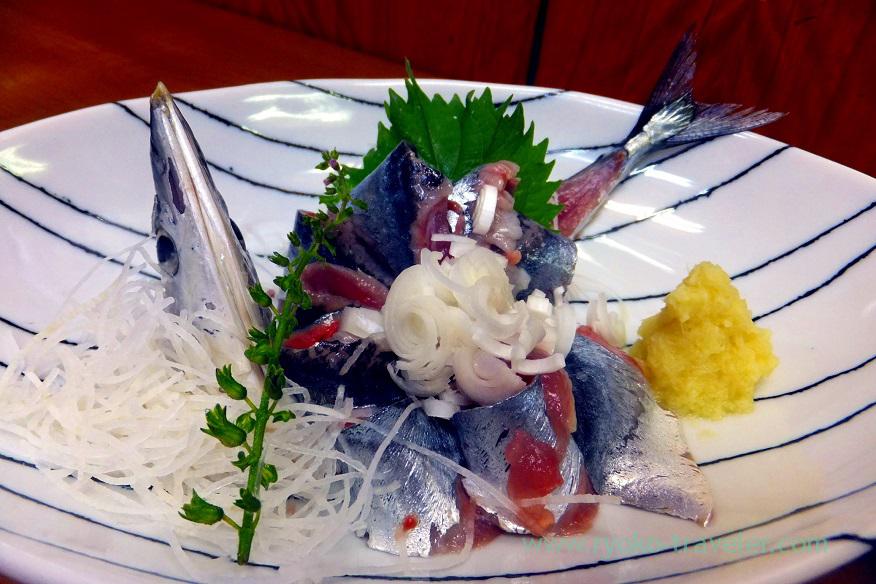 Deep fried saury, saury sashimi, rice and soup was too much for my breakfast.
But saury season is not long. Of course, frozen saury is eaten all year around. But fresh saury can be eaten this short season only.
So, I have no time to hesitate ! I have to eat more saury before the season ends.

Finally, a branch of Tsujita is open in Kachidoki area. Just in front of the exit of Kachidoki station ! Mentoku Nidaim...

I heard a branch of Moukotanmen Nakamoto (蒙古タンメン中本) was open in Kinshicho area. So, I went to there. I love spicy foods...

Autumn has come to the market ! I had breakfast at Yonehana one month absence. I refrained from going out for breakfast...

Yoshikame-zushi moved to Harumi Toriton building (closer than they used to be) (November 27th, 2019) There...