Beginning of 2012 with New Year Dish

Of course, it is Osechi.
I bought a osechi by mail-order last year. That was very good.
So, this year, I ordered osechi at Rakuten. (different from last year’s) 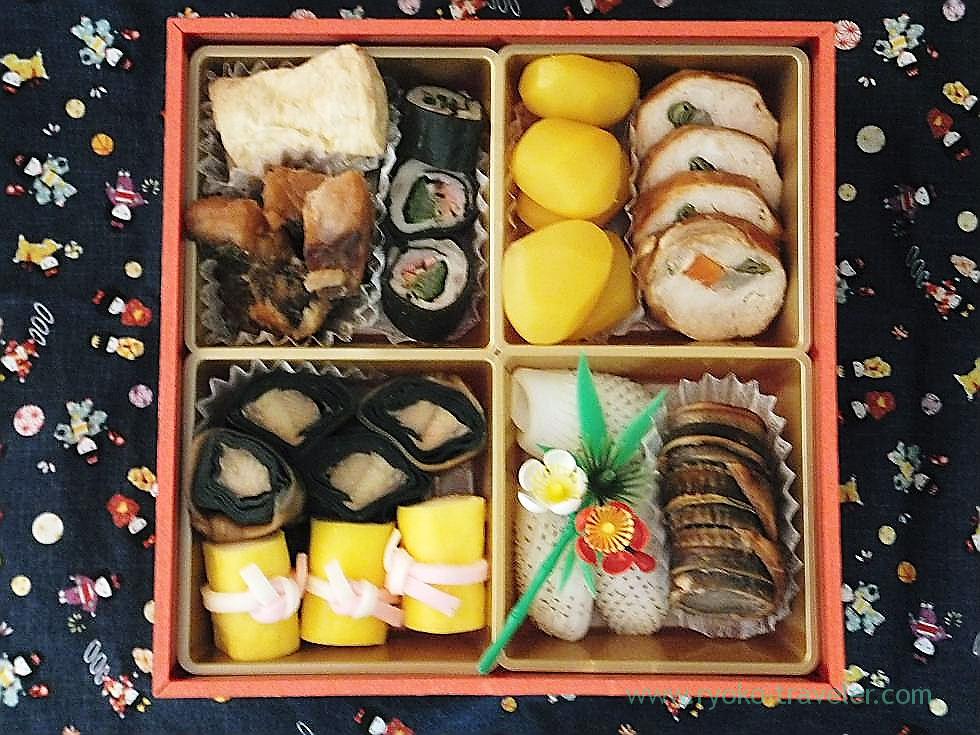 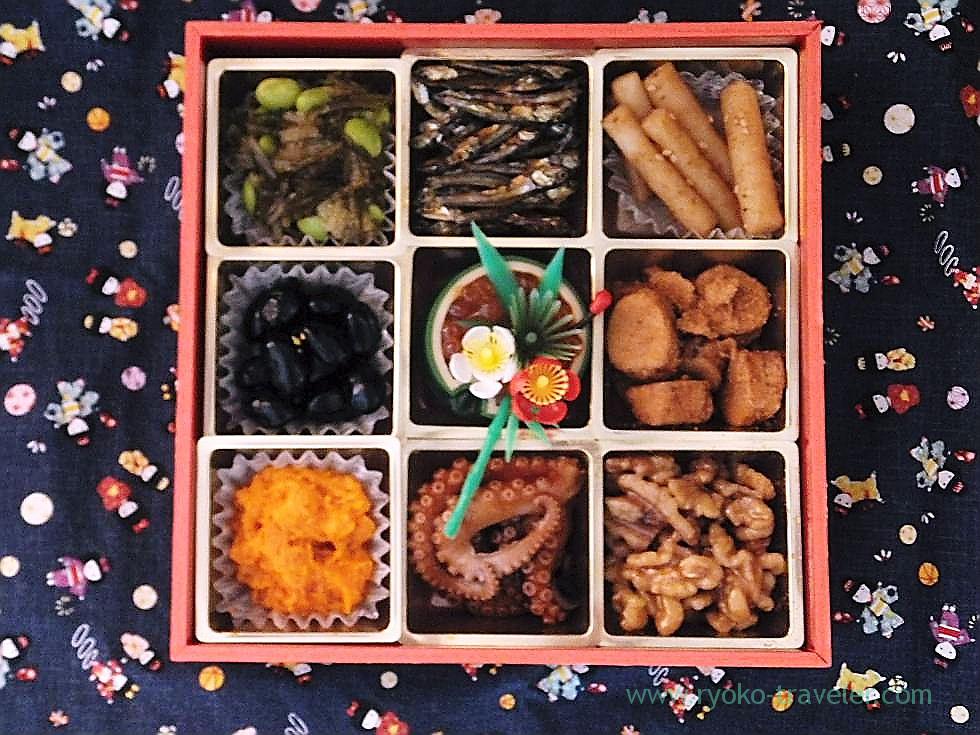 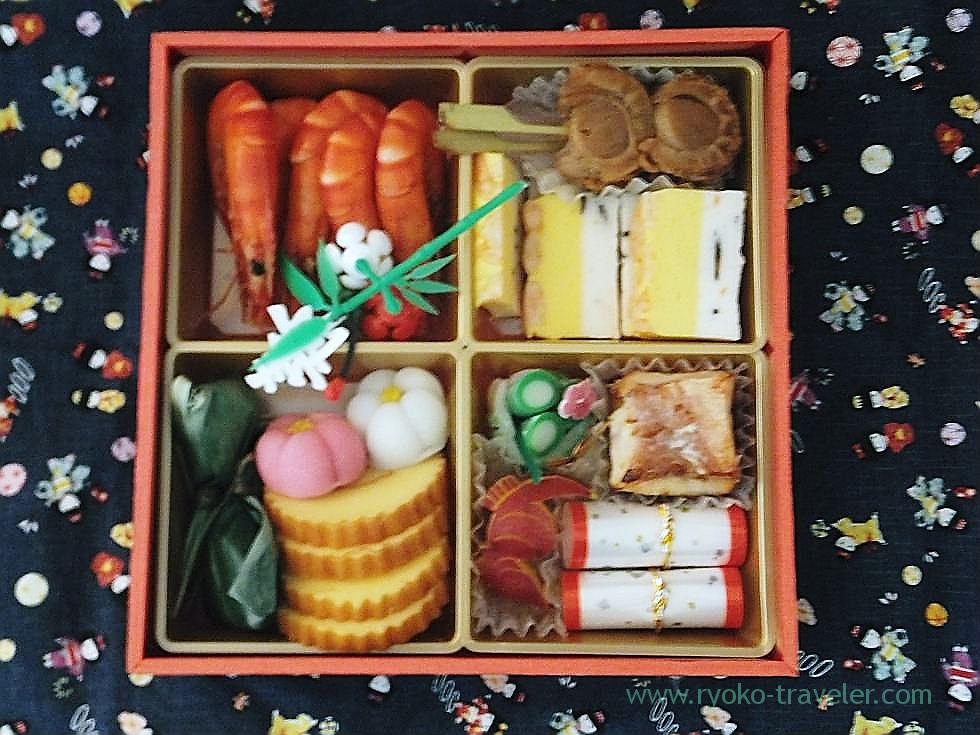 Overall, lacking of taste, especially there are something tasteless.
In other words, noncommittal tastes 😛

So I gave taste to it by soy sauce, hot pepper paste, and so on.

Umm. We didn’t need three boxes.  It’s too much for us. We have only two in my family.
The quantity is for about three people.I was greedy. 😛
I’ll be order two boxes set next year.

And, this is an essential food for New Year.
Hannama gashi (soft, sami-baked Japanese sweets)
I bought it at Morihachi in Funabashi Tobu. 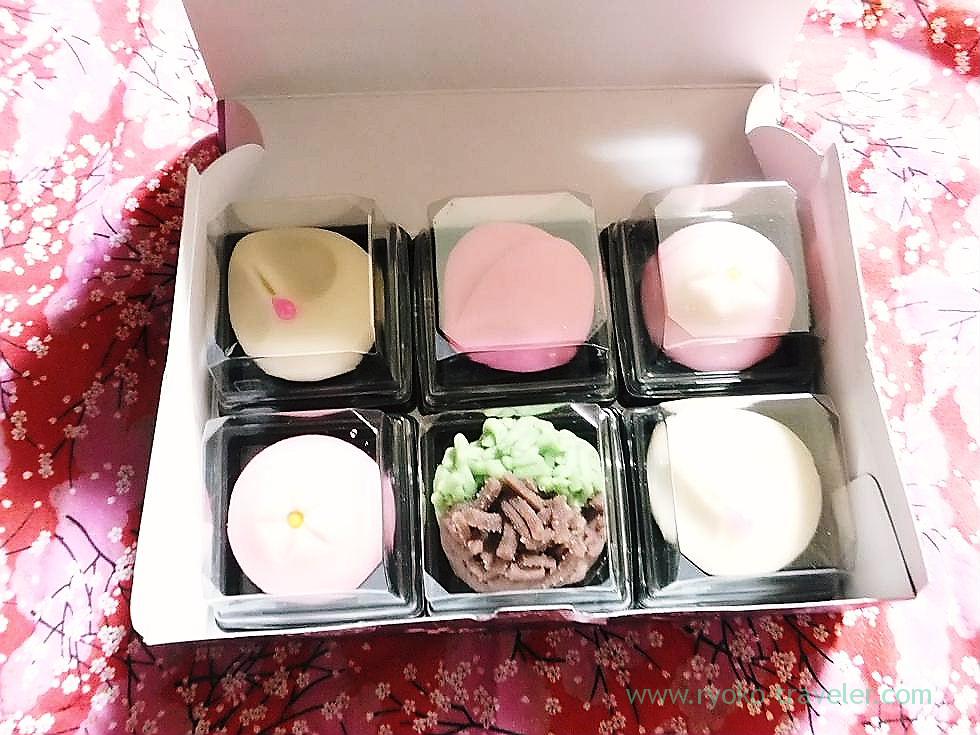 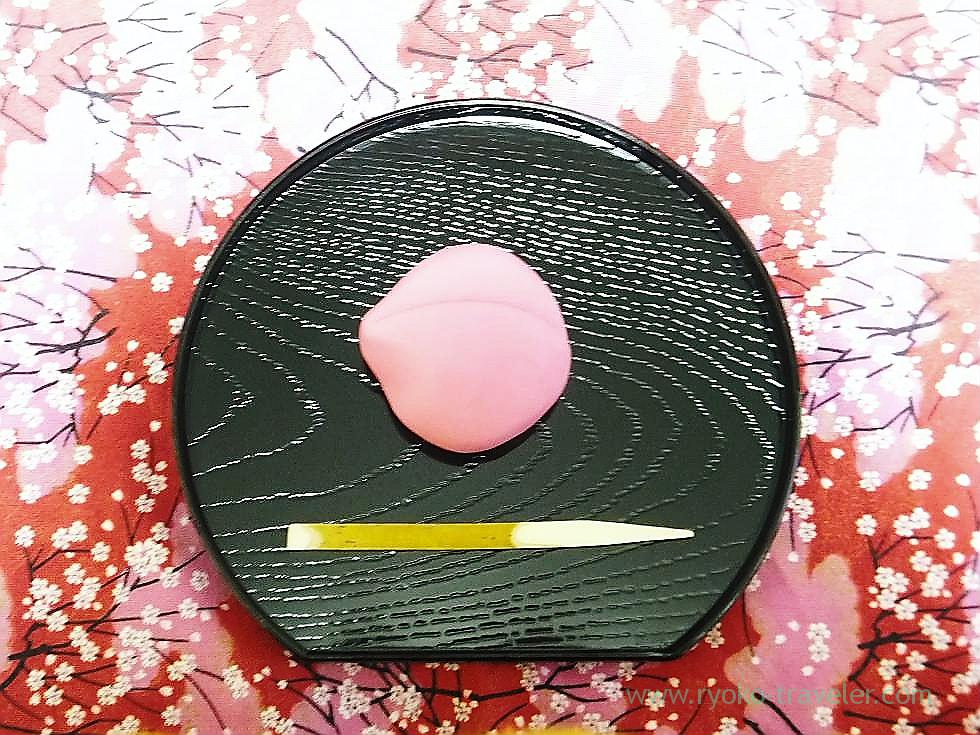 I think I’ll hold dear to spend time this year.