My mother and I went to Naritasan yesterday to do hatsumode.
Naritasan Shinshoji temple is among the shrines and temples that have the largest number of visitors during first three days of every years.

Actually, there were incredibly large number of people there !

There were long and wide lines 500m distant from the main gate. Visitors to the temple have to follow the line. And the road is one way when in New Years holidays. We can’t go back. 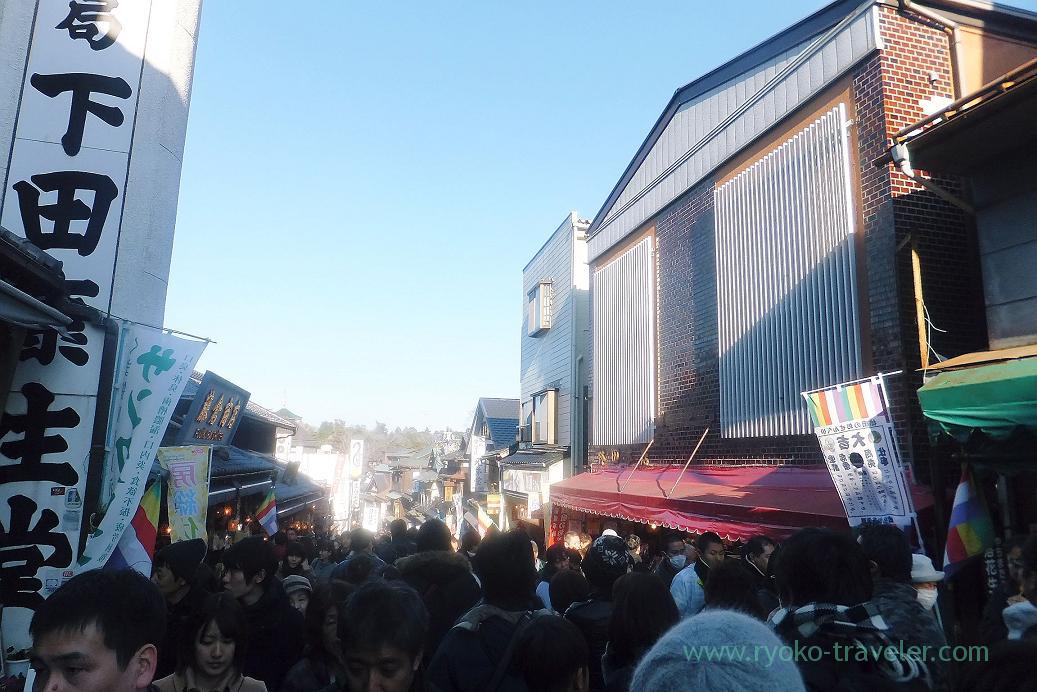 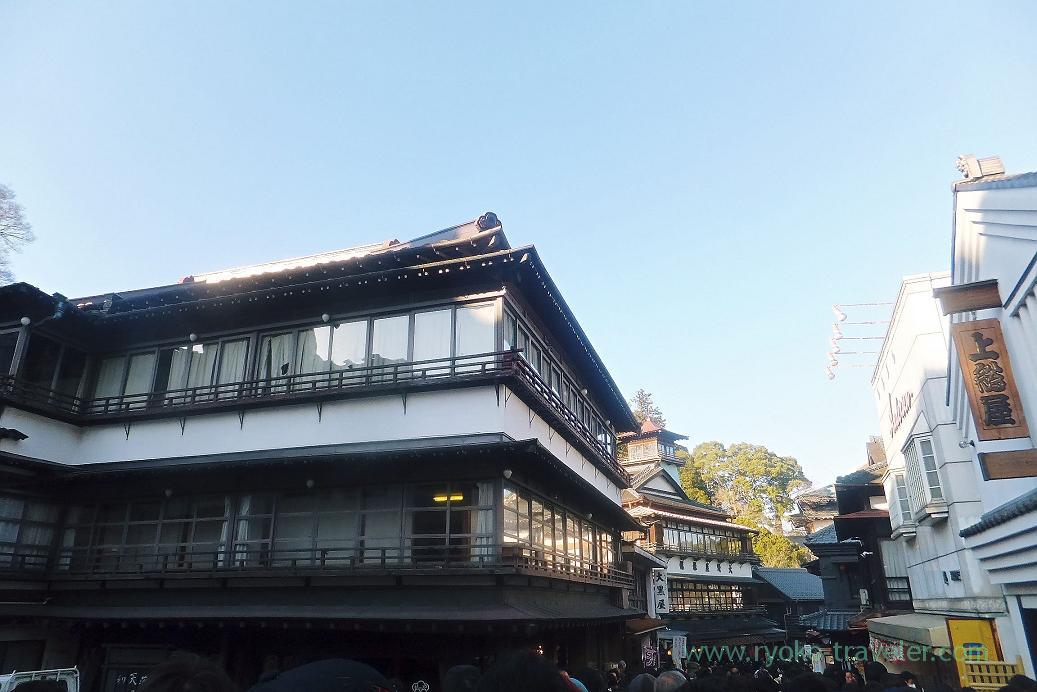 It took about one hour. Finally, we could get to the main gate. 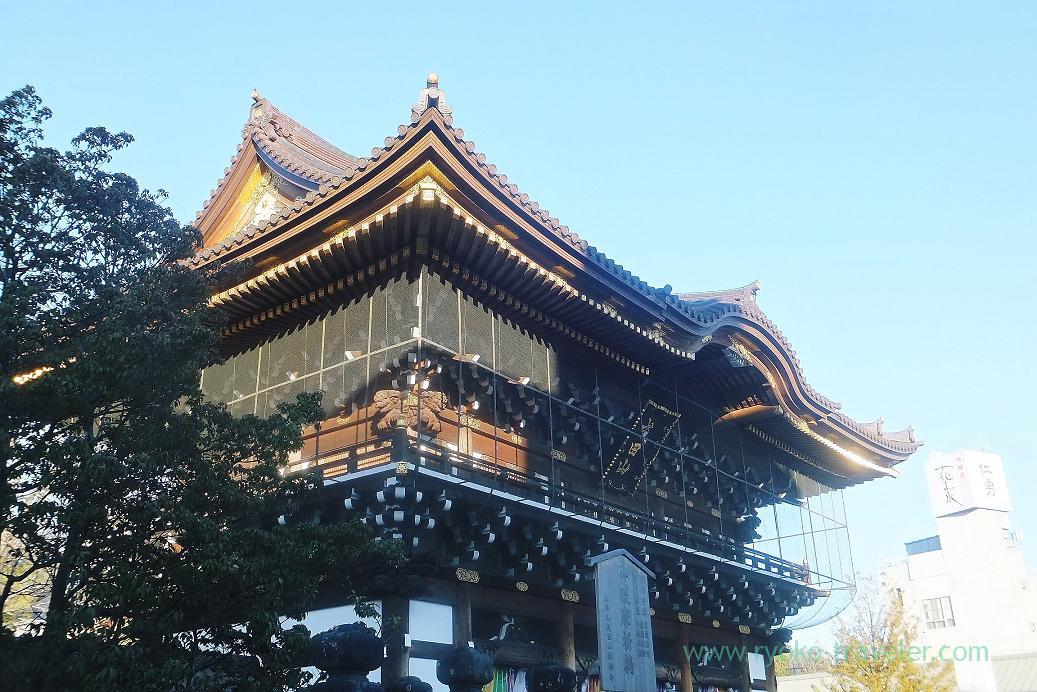 Still the worship hall was far. It took further 30 minutes. 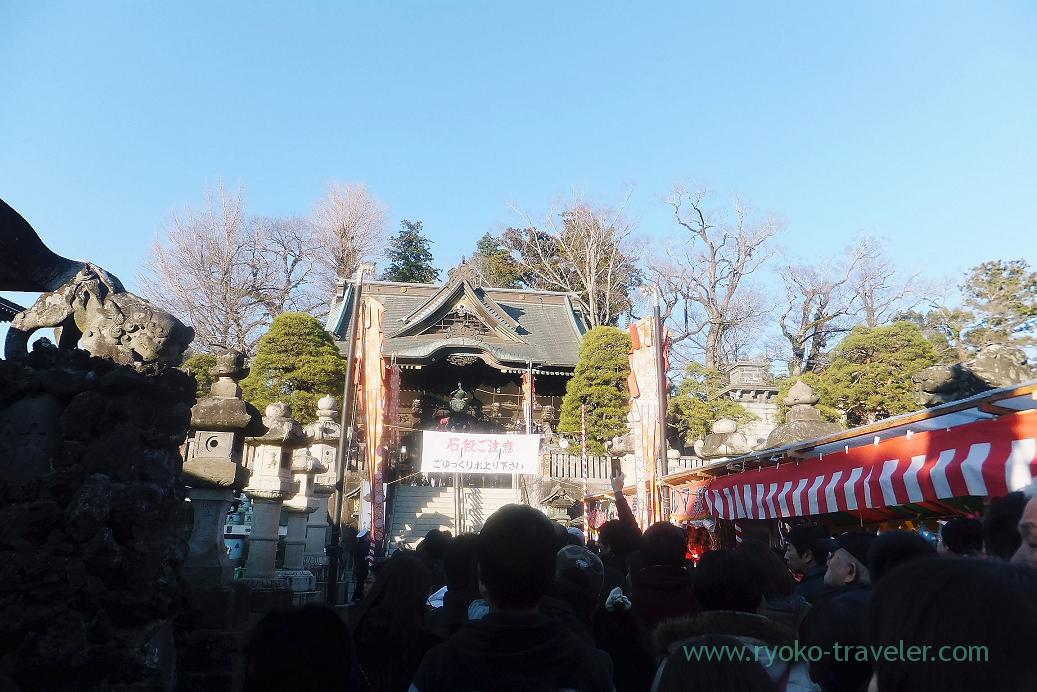 Final stairs to the worship hall ! 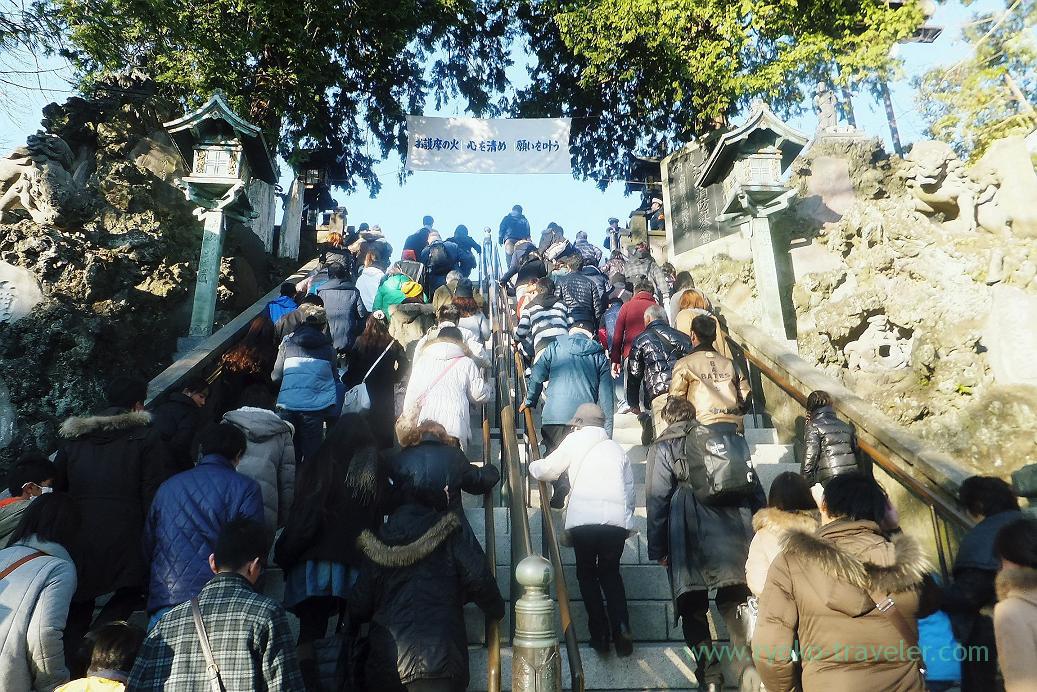 Finally, the worship hall could be seen ! Oh, my ! still far and lots of people ! 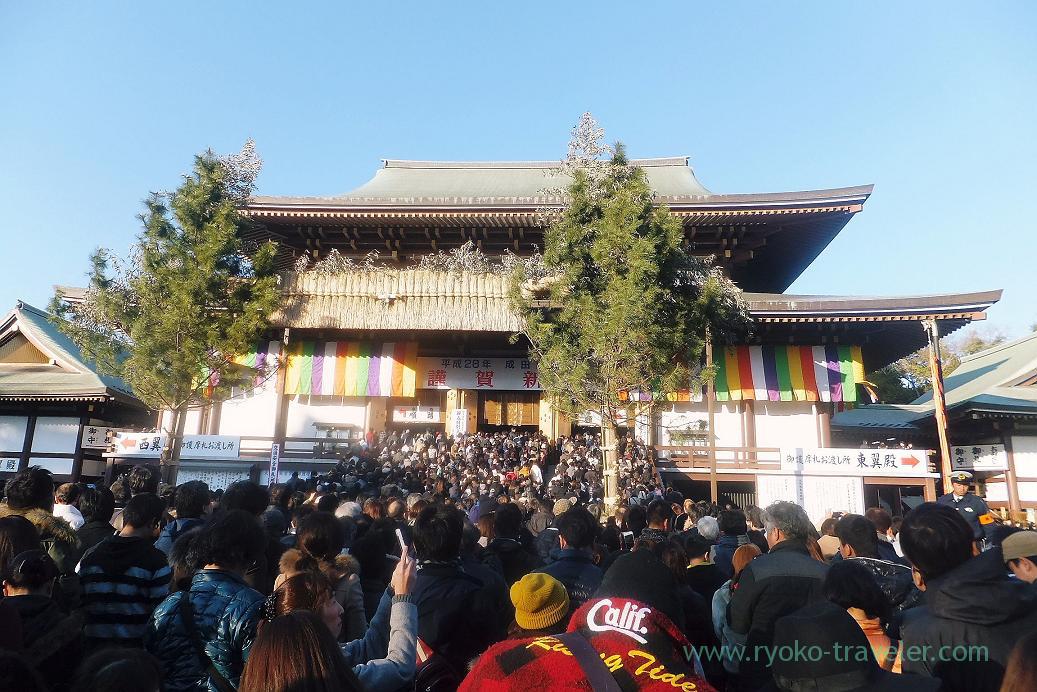 My mother took the smoke desperately 😛
But mom. The strong smoke came to the place where I was standing. I had cough. Come here 😛 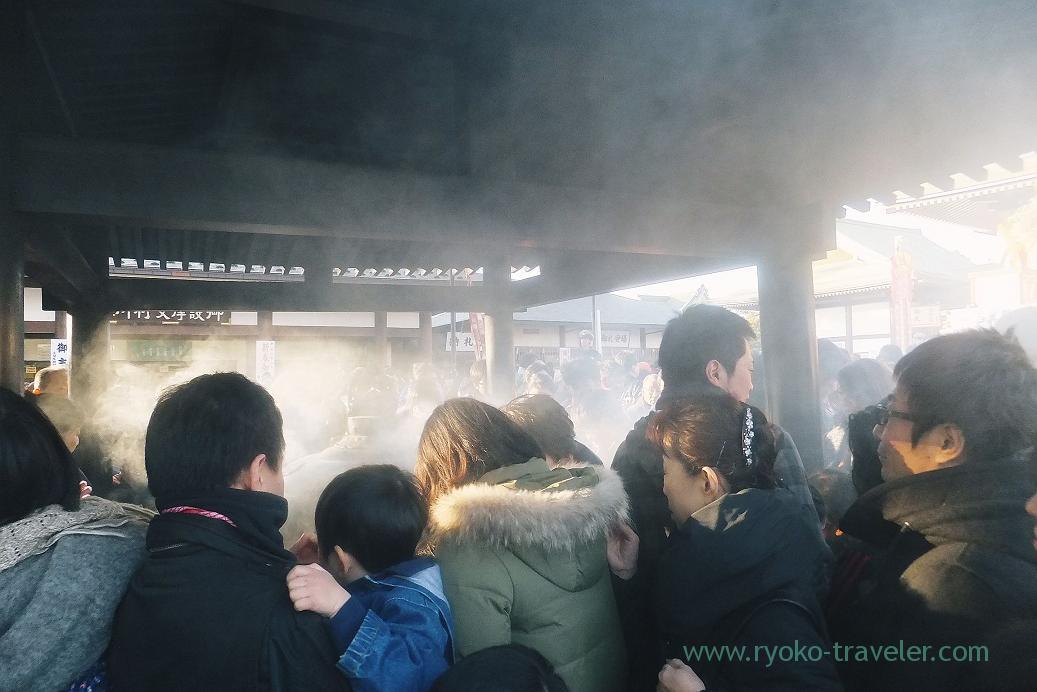 Finally, we could worship. 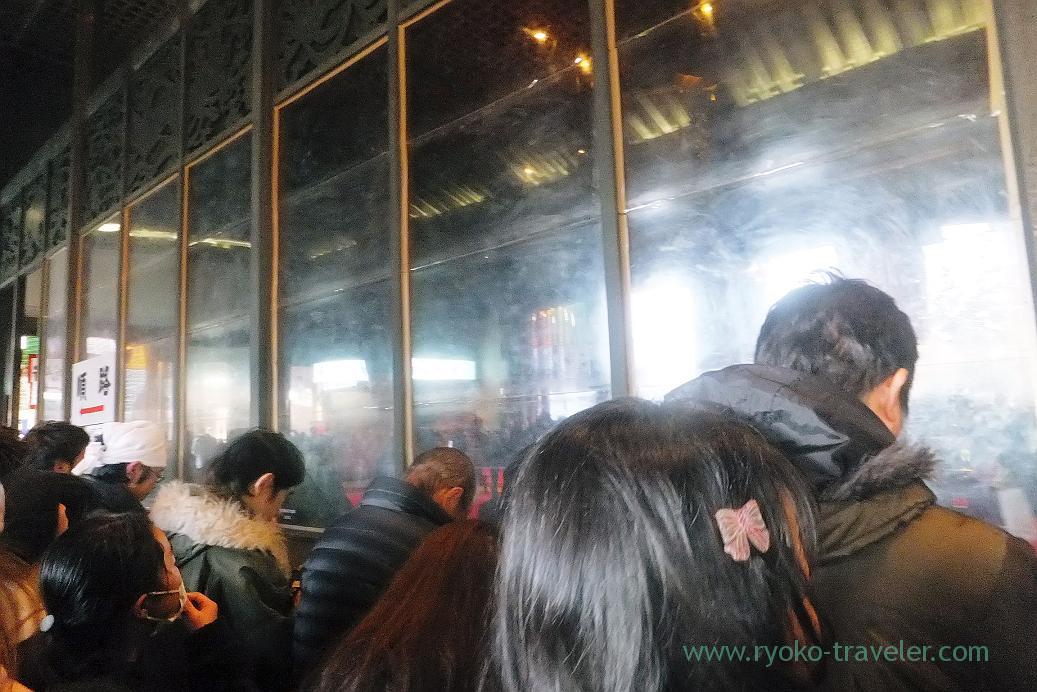 Awful… it had still much people. 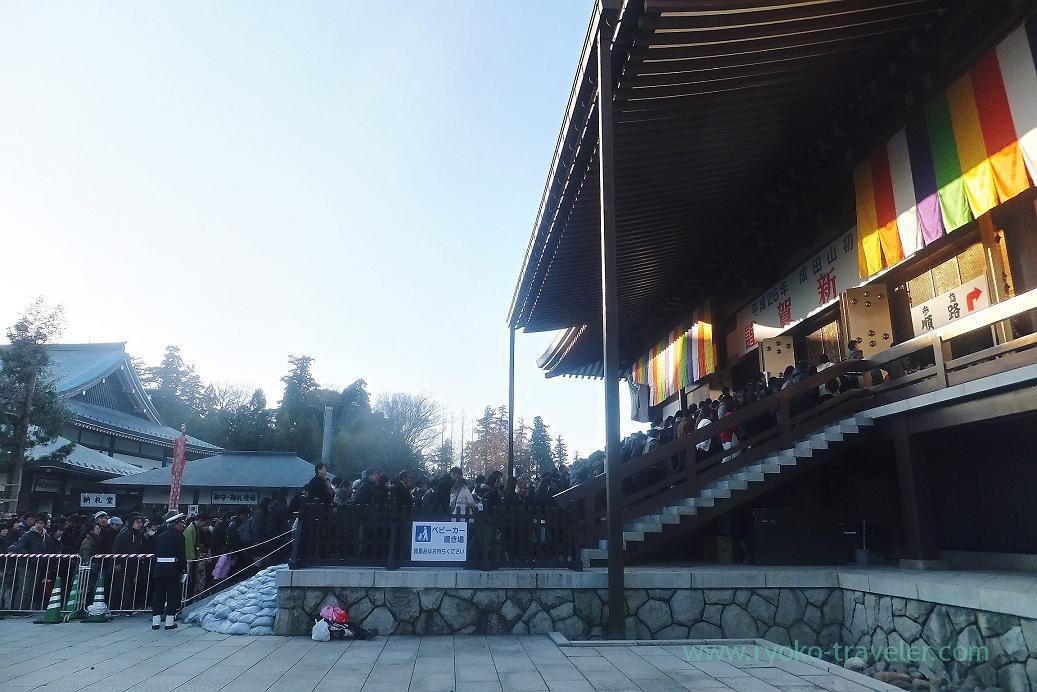 We drew a fortune and after that we went back to the station. My mother’s was excellent luck and mine was good luck. Mine was good luck last year, too ! 🙁 It’s tiresome results.

I always do hatsumode end of January or go to shrines or temples that don’t have much people.
Naritasan was great. I never want to go there again during first three days of the year, but I had seen such a seen on TV only and this experience was interesting 🙂

Many people do hatsumode at same temple or shrine every year. But I don’t decide a certain place.
Last year (2015) was at Inage Sengen Jinja shrine
http://www.ryoko-traveler.com/inage-sengen-jinja1_manzan7/

We ate ramen in front of Narita station before going to Naritasan.
The ramen shop is said to be one of the best ramen shop in Narita. Menya Fukuichi 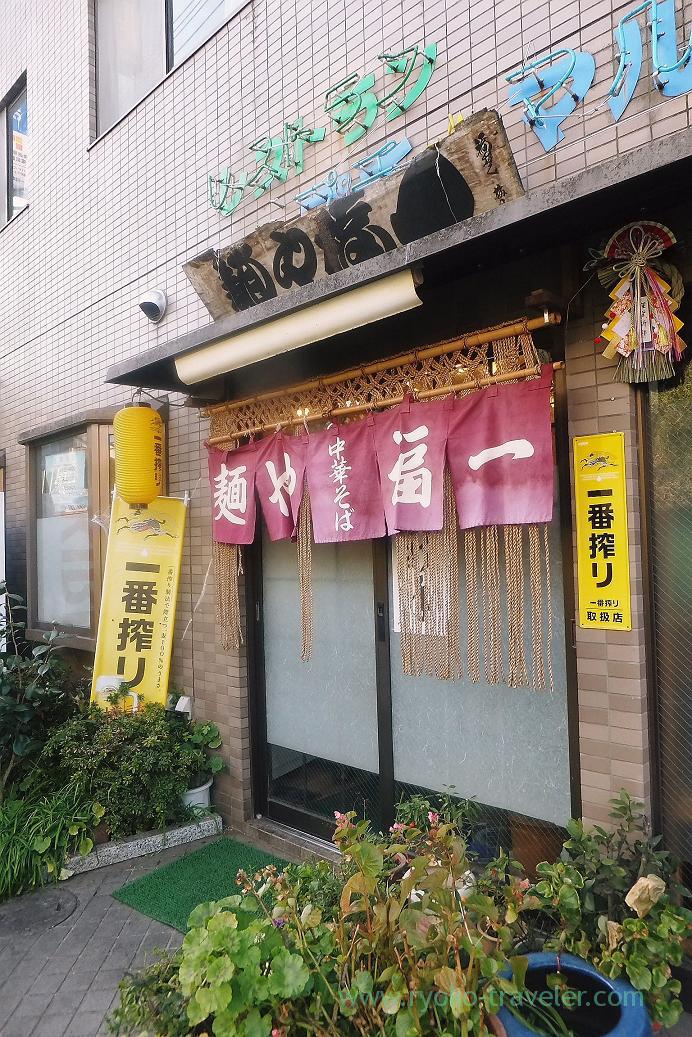 Why I add about it after Naritasan ?
Because… It wasn’t good. The soup was not bad.
But, I hated their noodles like plastic 🙁

Of course, as I now said, it is one of the best ramen shop in Narita and family in front of us was satisfied with their ramen.
I want to think our ramen was just especially bad. 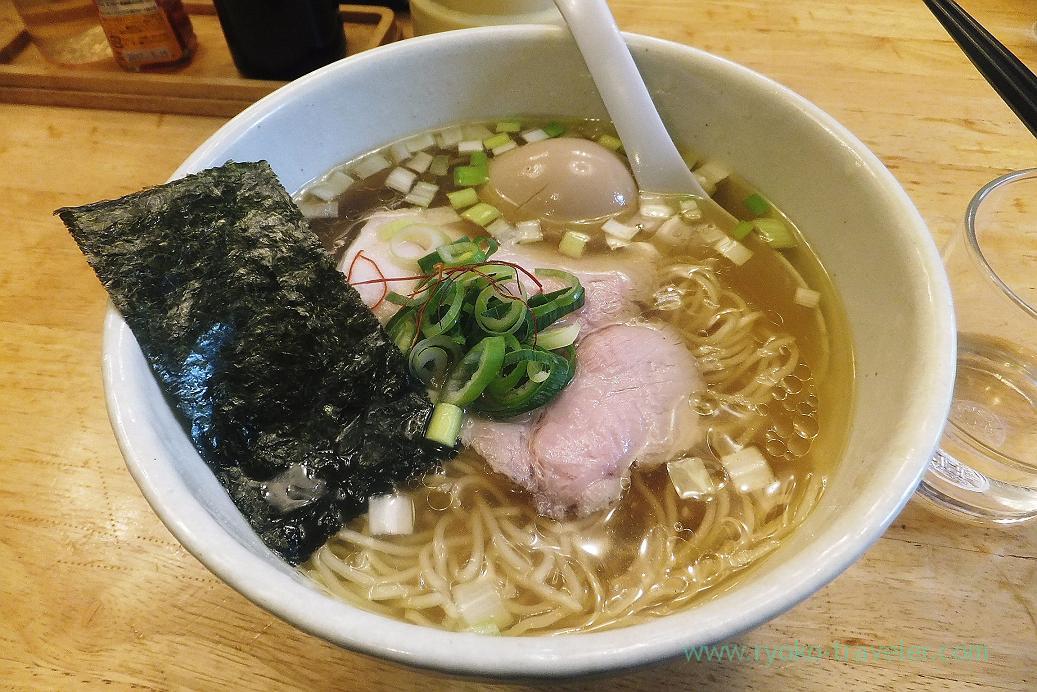 A record of old sento (Funabashi)

For some time, I used to go to sento so frequently. So much nostalgic atmosphere that old sento have attracted me. Also ...

There is a izakaya near Funabashi station that I had wanted to go. The name is "Jane" and the izakaya serves southeast A...

I used the toilet in Funabash FACE Building the other day and I found the restaurant that is usually crowded was empty, ...

5th temple is home of God of wealth named Ebisu. The fifth temple is Tofukuji temple.It was getting darker when I got ...
Happy new year 2016 !
Makuhari : Mt.Fuji-like fried rice (中華料理 芳葉)