Then I moved to Kofuku-ji (興福寺) . This is world heritage. I took much picture there, but I couldn’t take well except this 🙁 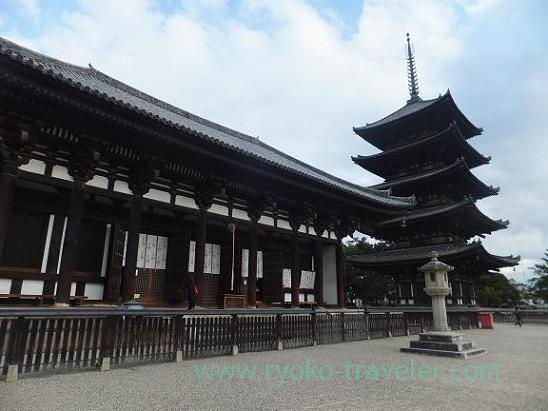 There is a national treasure hall in the ground. 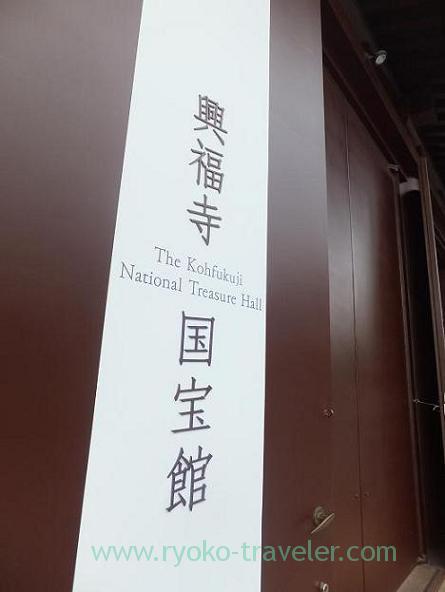 Taking a picture in the hall is prohibited. Large number of Buddha statues are in.
Statue of Senju Kannon Bosatsu (Thousand-Armed Kannon) is so big.

There was a crowd(principally ladies)  in front of statue of Ashura . Though it is a statue of buddha, very popular among women because it have a good face like a boy. 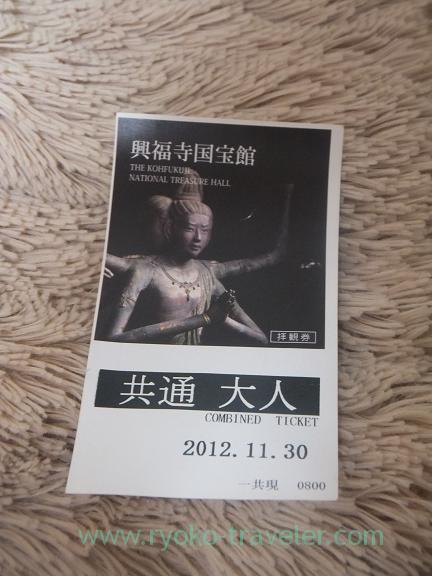 Well, I didn’t think so… 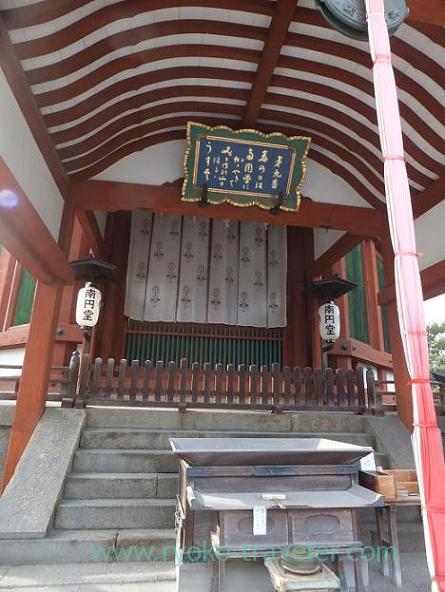 risky,,,,, this shop is risky ? Such a unpretentious shop have aggressive name! 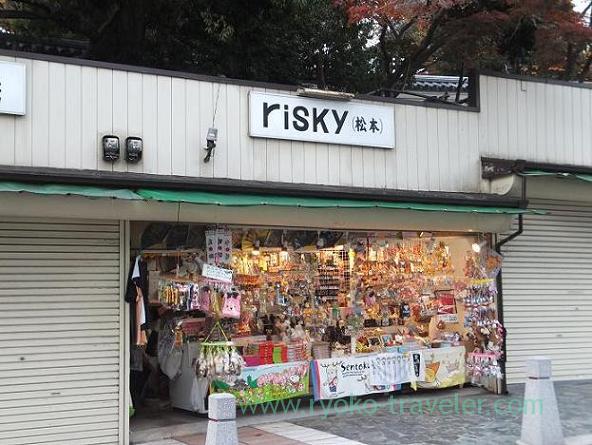 Five-storied pagoda can be seen. 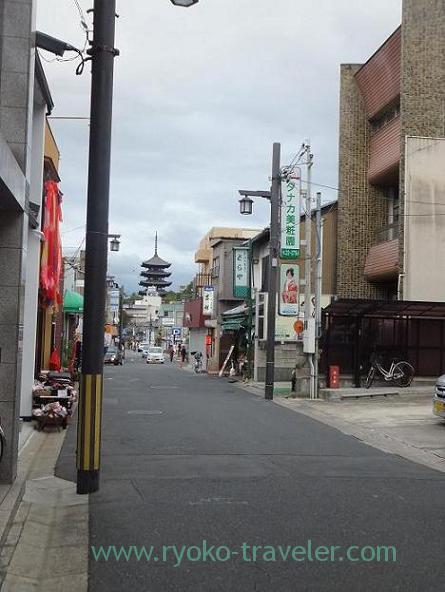 Gango-ji (元興寺)
It is world heritage, too. But there were not much tourists like Kofuku-ji. 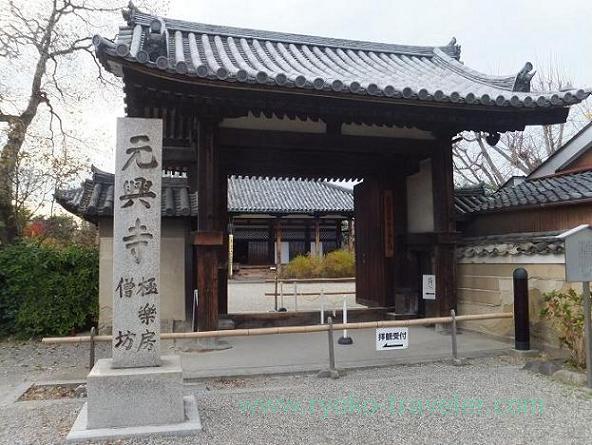 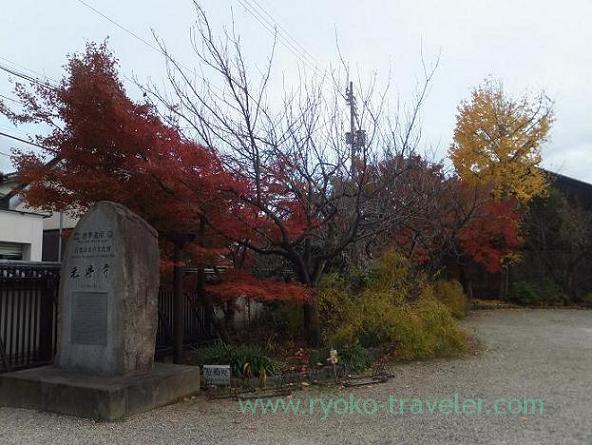 I like such a viewing.It seemed a framed picture. 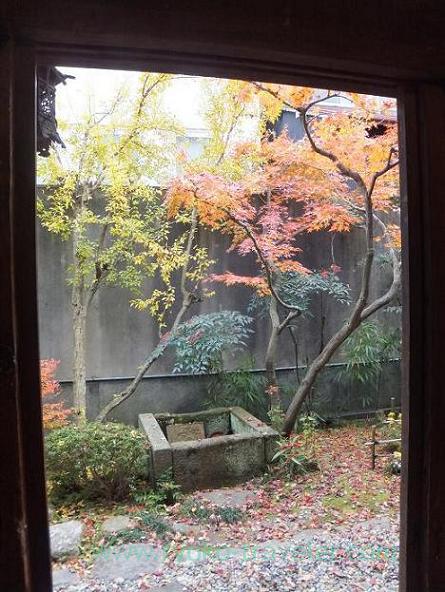 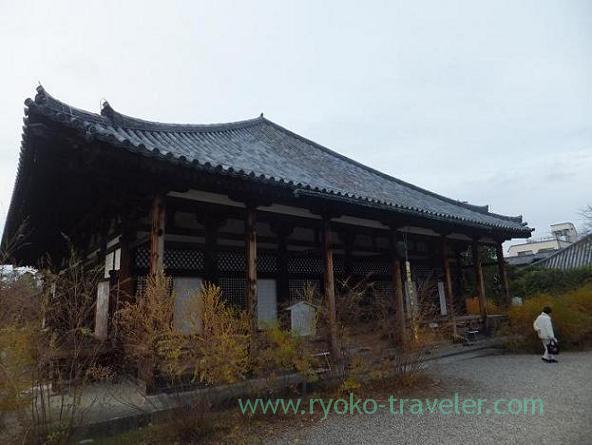 After arriving at my accommodation, I went to curry shop named Tarikaro .
Tarikaro set (タリカロセット) 1800 yen. Shop’s waitress said me mixing curry and chicken and rice. I tried a bit, but I didn’t like eating them together. When I eat some kinds of curries, I want to enjoy the difference of tastes.

My accommodation had only two shower room. I wanted to take a bath, so I went to sento that called Onishi-yu. This was a small sento but I warmed myself to the marrow by taking a long hot bath 🙂 Sento fixed charge in Nara is 350 yen. Lower than Chiba’s. 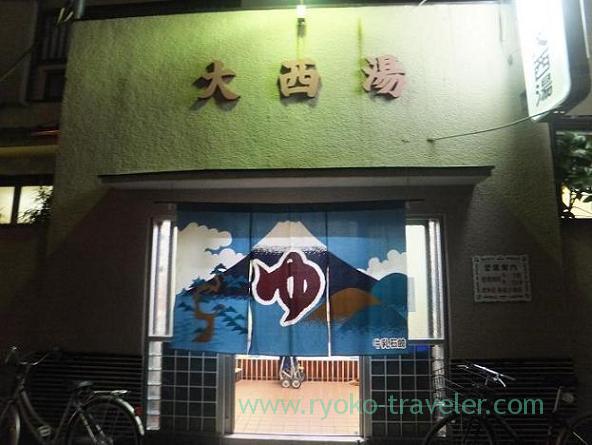 I cancelled the reservation

And I found the signboard of Nakaoyama Tumulus. I didn't know about the tumulus well, but I decided to go to see the tum...
Trip to Nara 2012 Autumn (1/9) – the 1st day , breakfast and kuzu-kiri
Higashi-Jujo : From making to eating soba at Nojima