I intended to eat out for night meal, but a soba restaurant was fully reserved, and hamburger steak restaurant was full. So I gave up eating outside and I went to convenience store to buy sandwiches or onigiri, but everything was sold out ! (>_<)
So,,, I bought a instant noodles and karaage at Lawson and ate them in my accommodation 🙁

Next morning, my bus leaving time was 10 a.m., so I took a walk around Suzaka station. 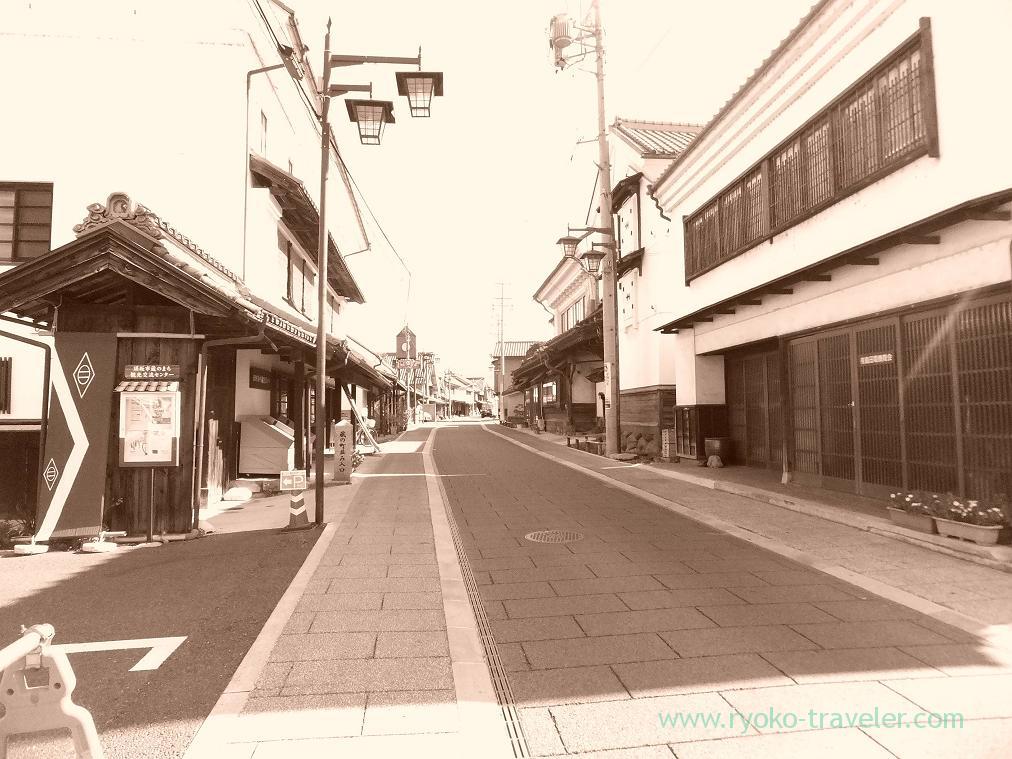 Suzaka have many shops that sell oyaki from morning, so I bought oyaki for breakfast 🙂 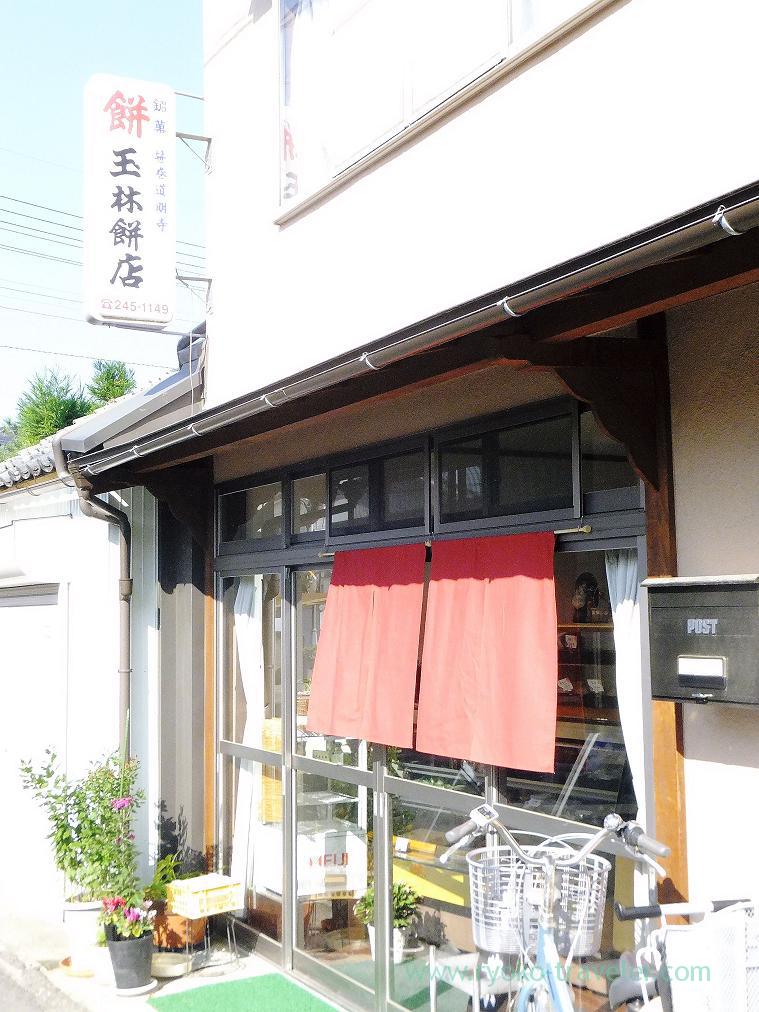 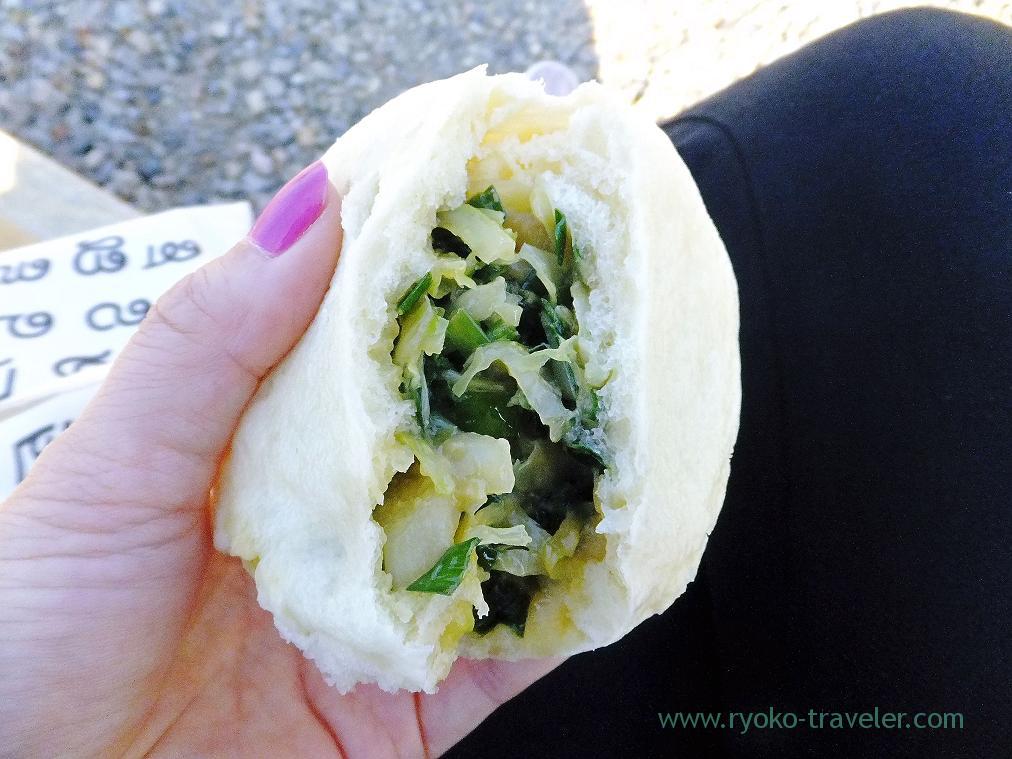 Tamabayashi Mochi-ten sells oyaki from 9 a.m.
I ate it in the park and then went back to my accommodation.

Then I went to my longing Yonako Great Falls.
Paid shuttle bus is operated to Yonago of the Great Falls parking lot from “Yukkurando” for traffic control Saturday, Sunday and holidays in October. Yukkurando is onsen facility.
We can arrive at the falls only by cars and I don’t have driver’s license. So I was waiting the season 🙂

So, at first, I took a Nagaden bus to Yukkurando and then changed the paid shuttle bus.

Arrived at the entrance of mountain trail ! 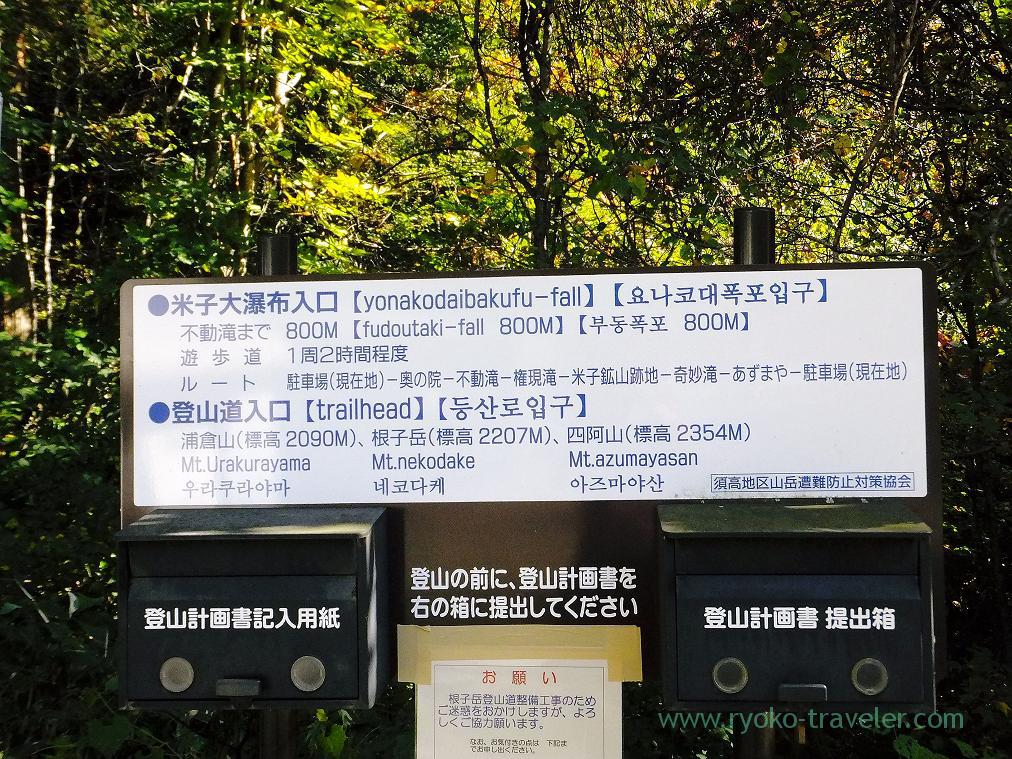 At first, I walked to remains of Yonako Sulfur Mine.
After 30 minutes walk, the landscape unrolled. 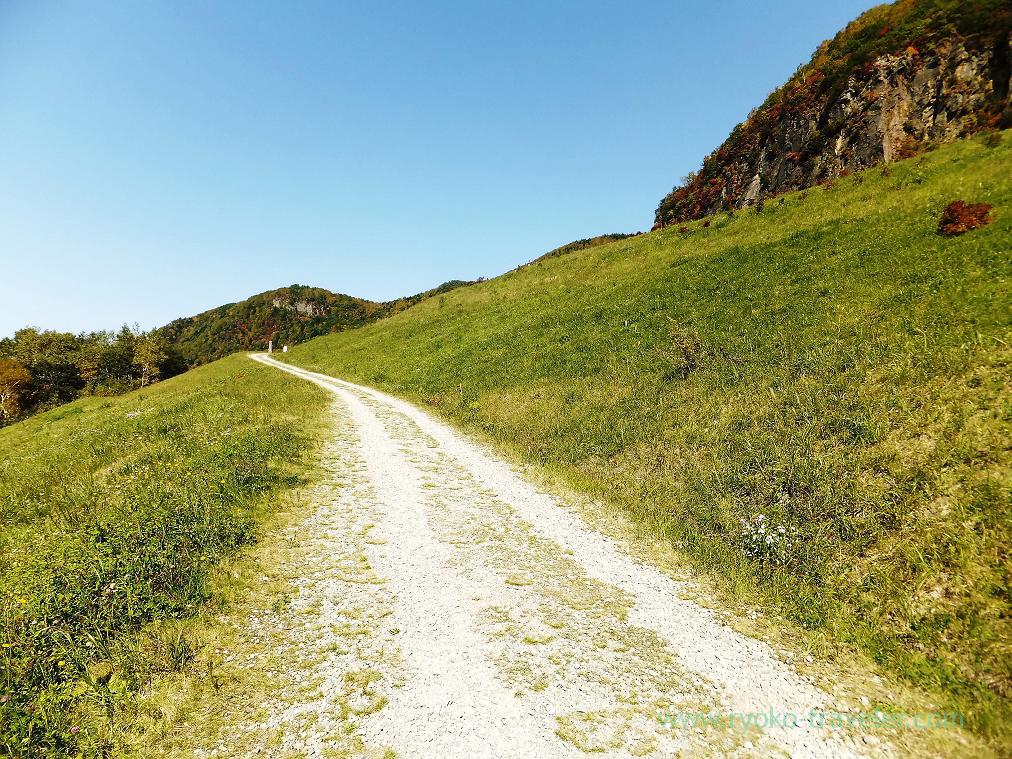 And, Yonako Great Falls is over against me. 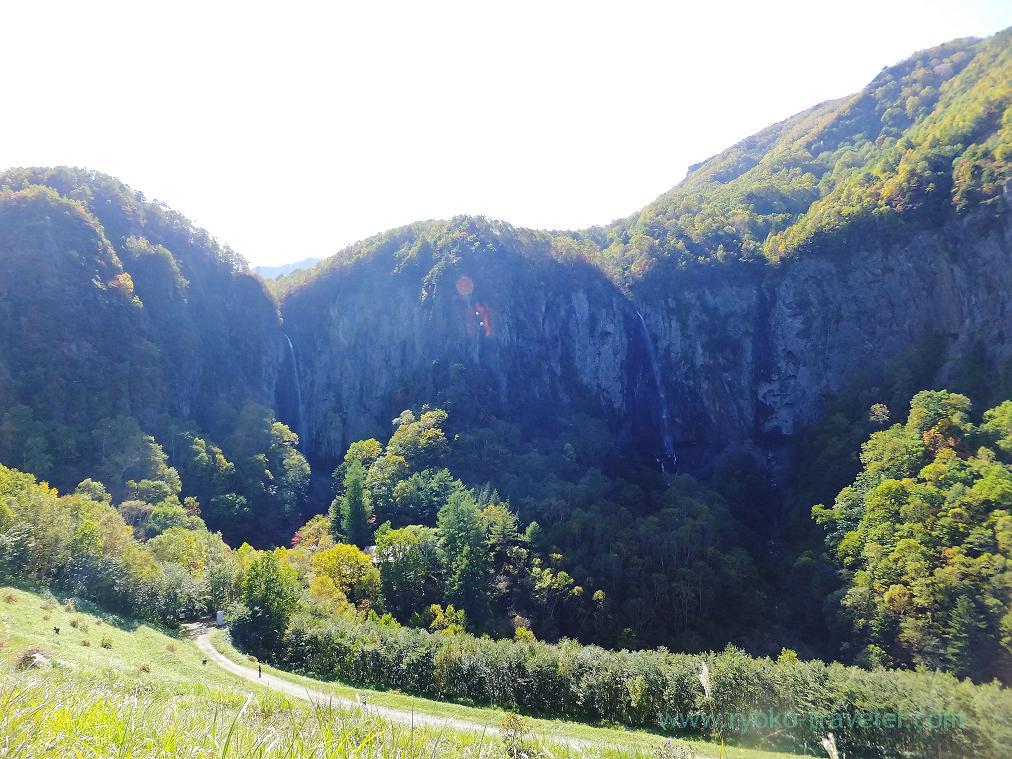 It is hard to understand because of against the sun, but there are two falls each of the left and the right.
Yonako Great Falls is consists of the two falls. Right is Fudodaki fall and left is Gongendaki fall.
One of the waterfall 100 selections of Japanese.
It is too far from remains of  Yonako Sulfur Mine than I had expected 🙁
I felt slightly disappointment… 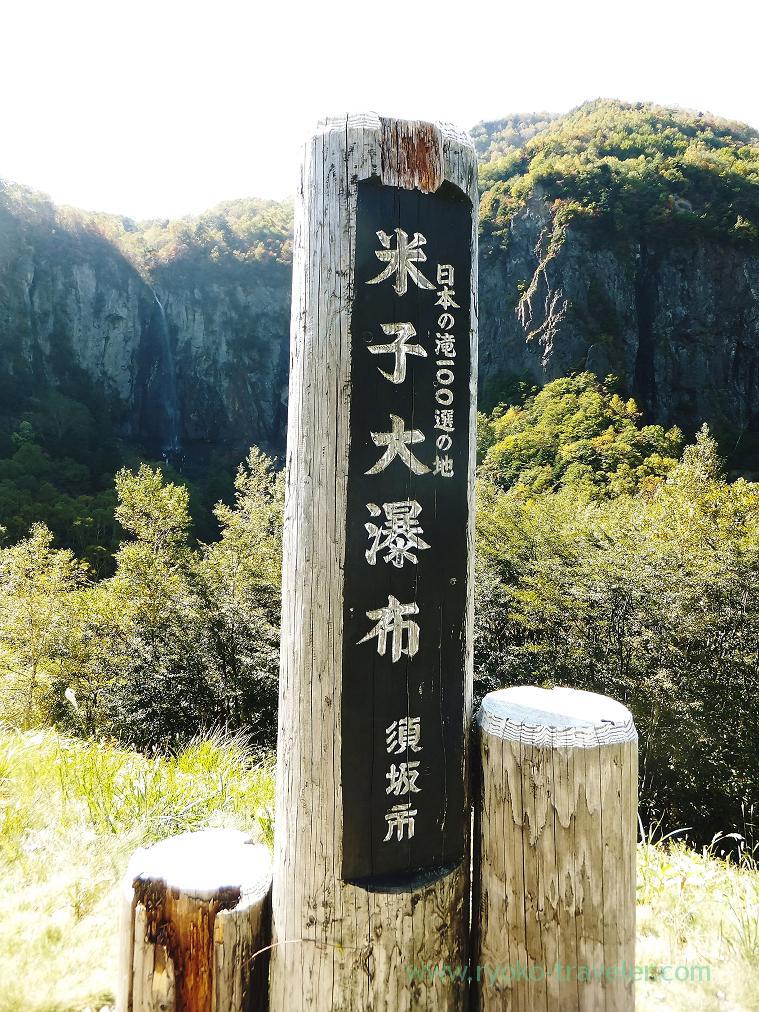 More attracted me than those falls was clear and fine fiew !! 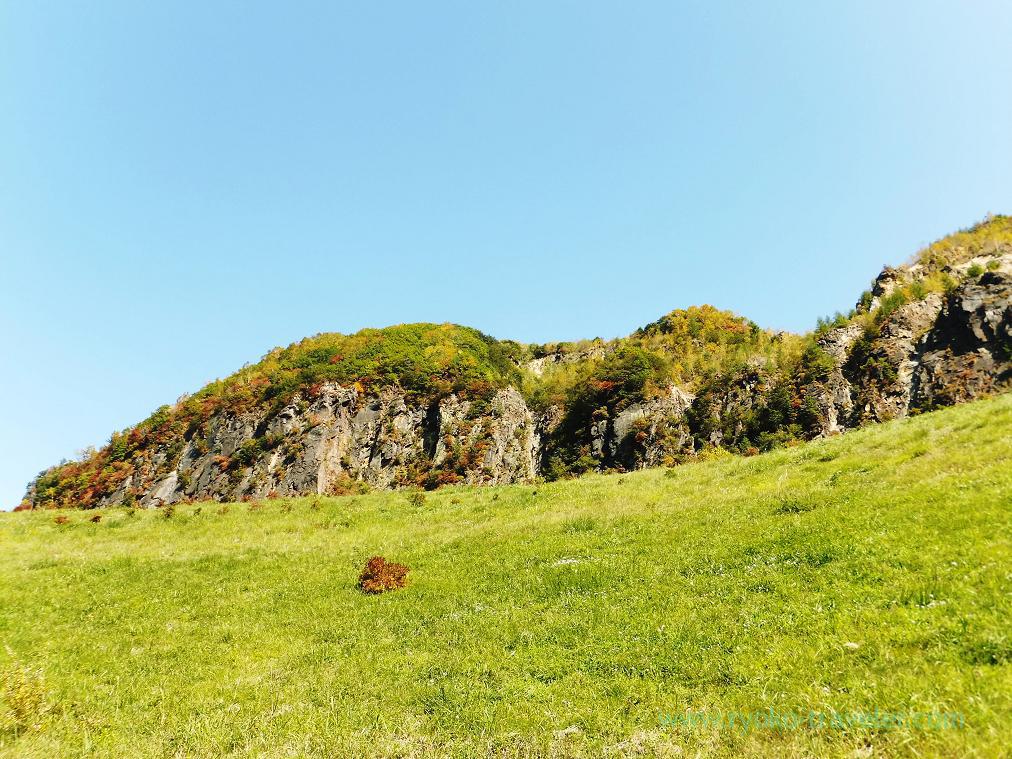 So good view ! An unobstructed view !!!! 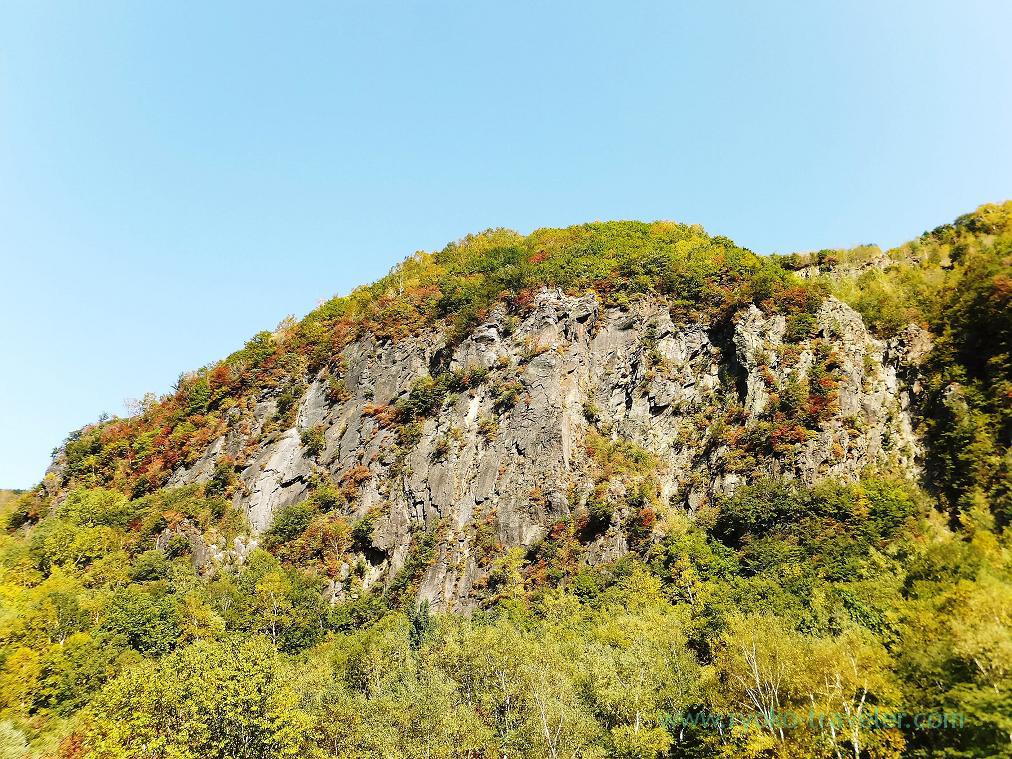 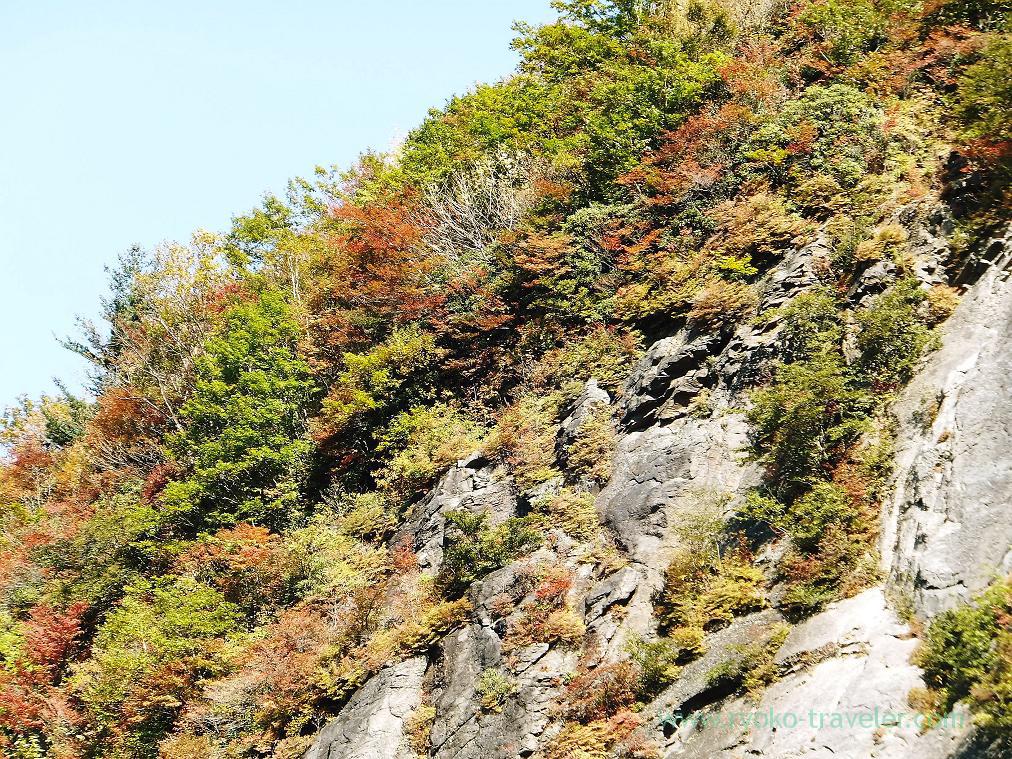 But I wanted to see those falls from closer all the same and I went to near the falls. 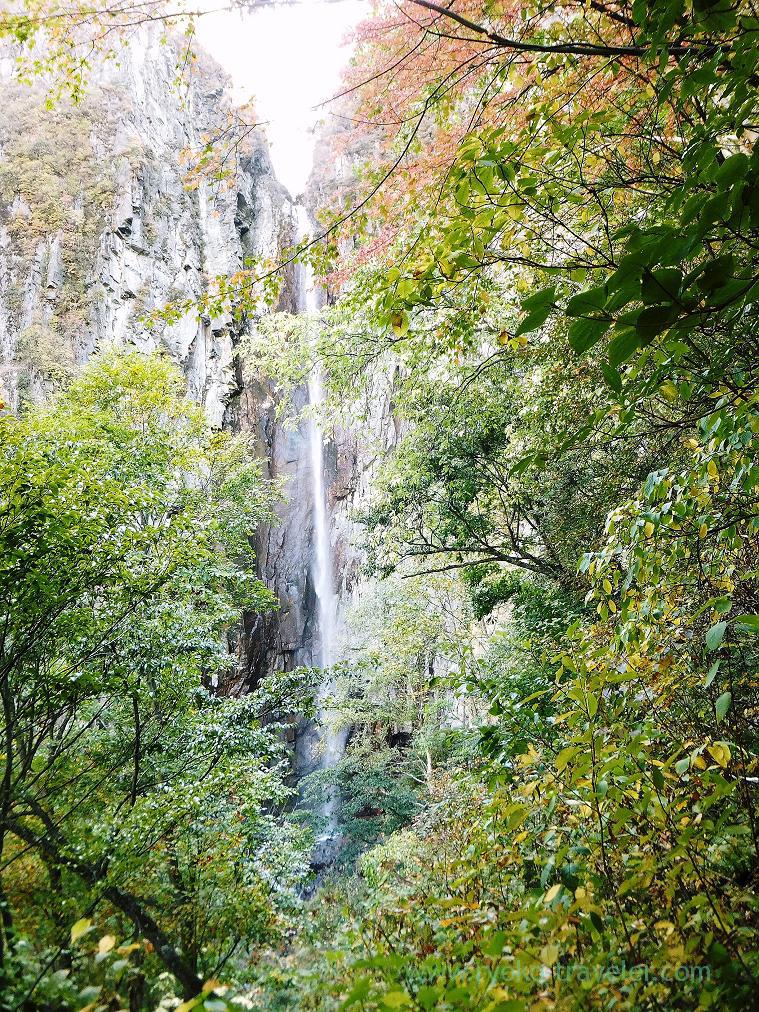 And it is Fudodaki falls. 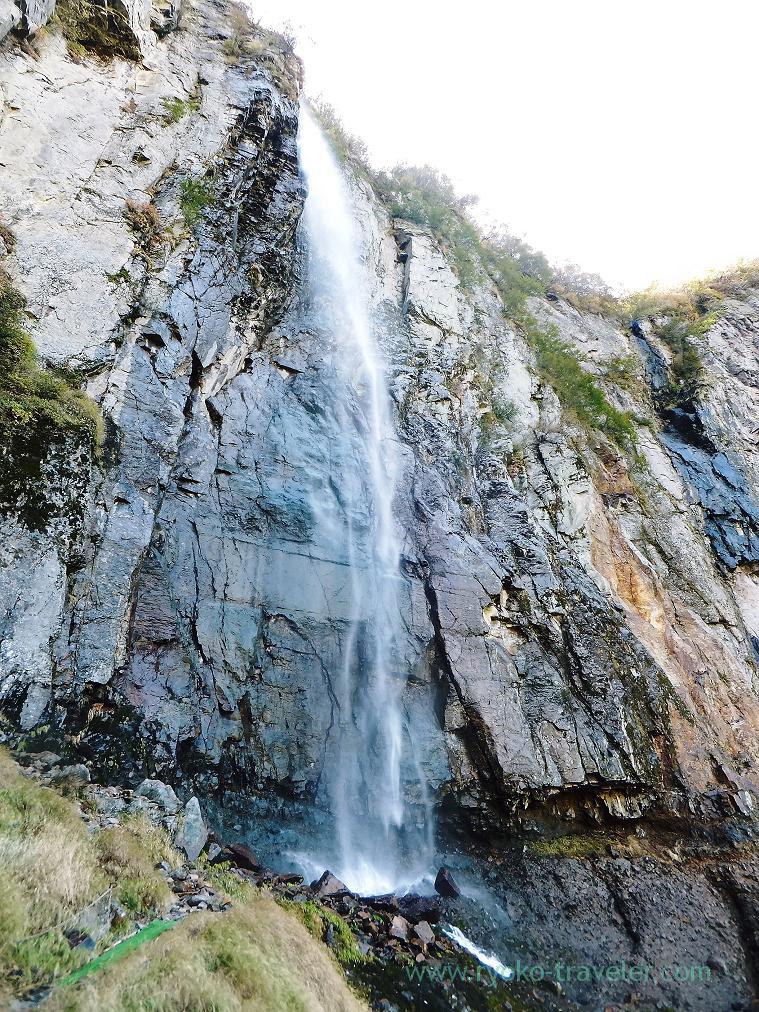 I could see the rainbow 🙂 I felt cool near fall all the same.

After that, I went gown to the entrance of mountain trail and went back to Yukkurando by shuttle bus.
I decided to take a onsen bath and eat night meal at Yukkurando.

My longing soba restaurant in Nagano was.... closed ! I dropped in at Yukkulando on my way to my accommdation from Yon...

I searched for some good ramen shop in Matsumoto, and I thought miso ramen is the best choice on such a cold night. So,...
Tsukiji Market : Chef’s choice at Yonehana
Nagano 2013 for seeing Yonako great falls 3/3