I ate parfait at Fruits cafe Frutas after the medical checkup the other day.
Many months have passed since I visited Frutas last, because there are always long line. The shop is too small and they take much time to build tower of fruits. And they became more popular than ever and lots of people gathering. So, I rarely go there recently.
Truthfully speaking, I wanted to eat fruits sandwich, but they didn’t serve it that time.

Citrus parfait had mainly Sour hyuganatsu and sweet cumquat.
This ice cream is vanilla flavored one. 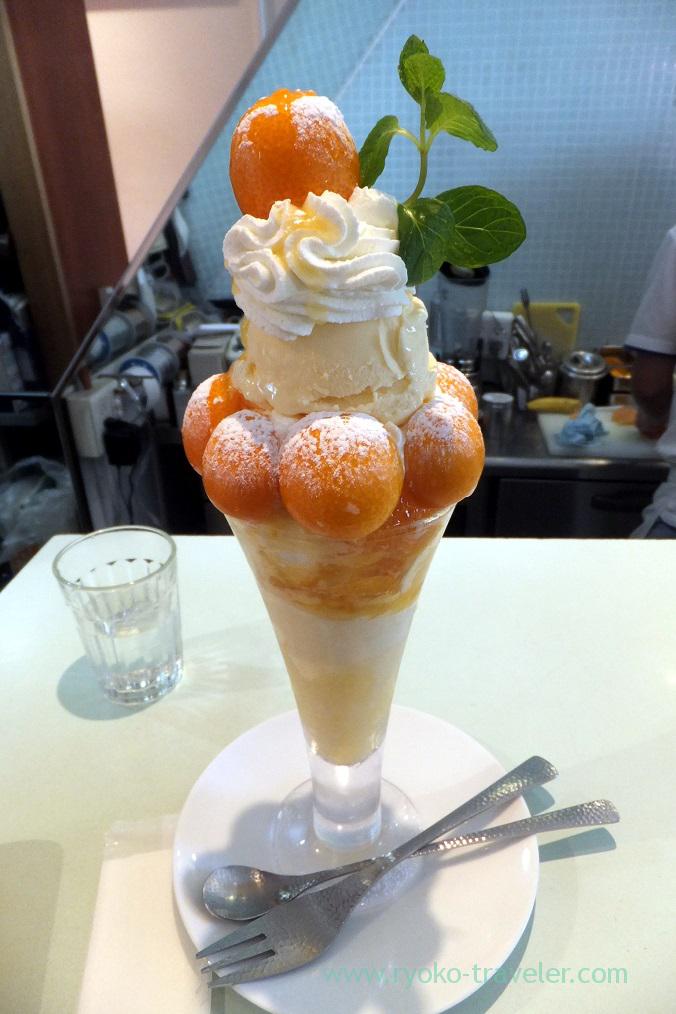 But there was citrus ice cream at the middle of the glass. 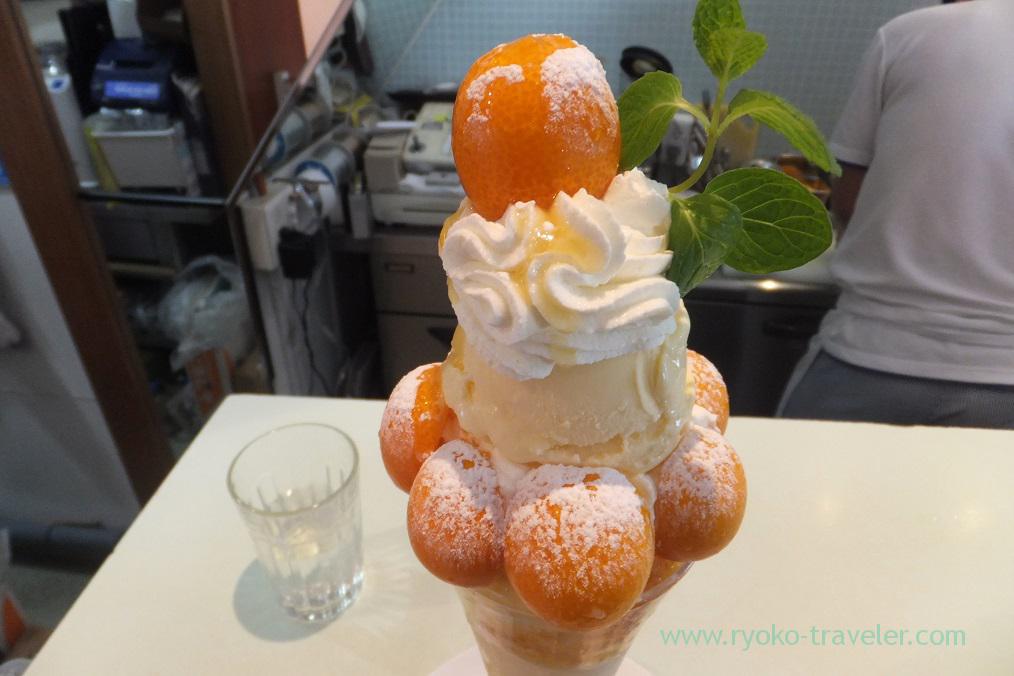 Lots of cumquat. I heard that this cumquat is special one and well-known by people who love fruits. But I don’t know lots about cumquat, so I forgot the name of this cumquat :p I don’t mind about the species of fruits. What’s the most important thing for me is taste 🙂 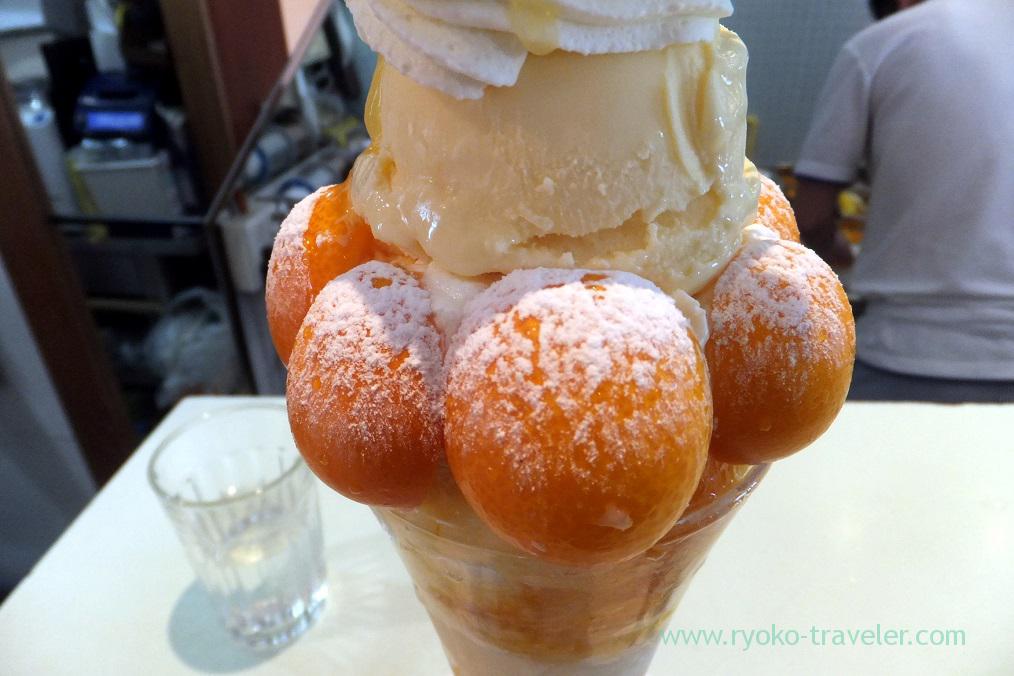