We went to Miyakozushi the other day.
This was the last time for us to visit Miyakozushi. 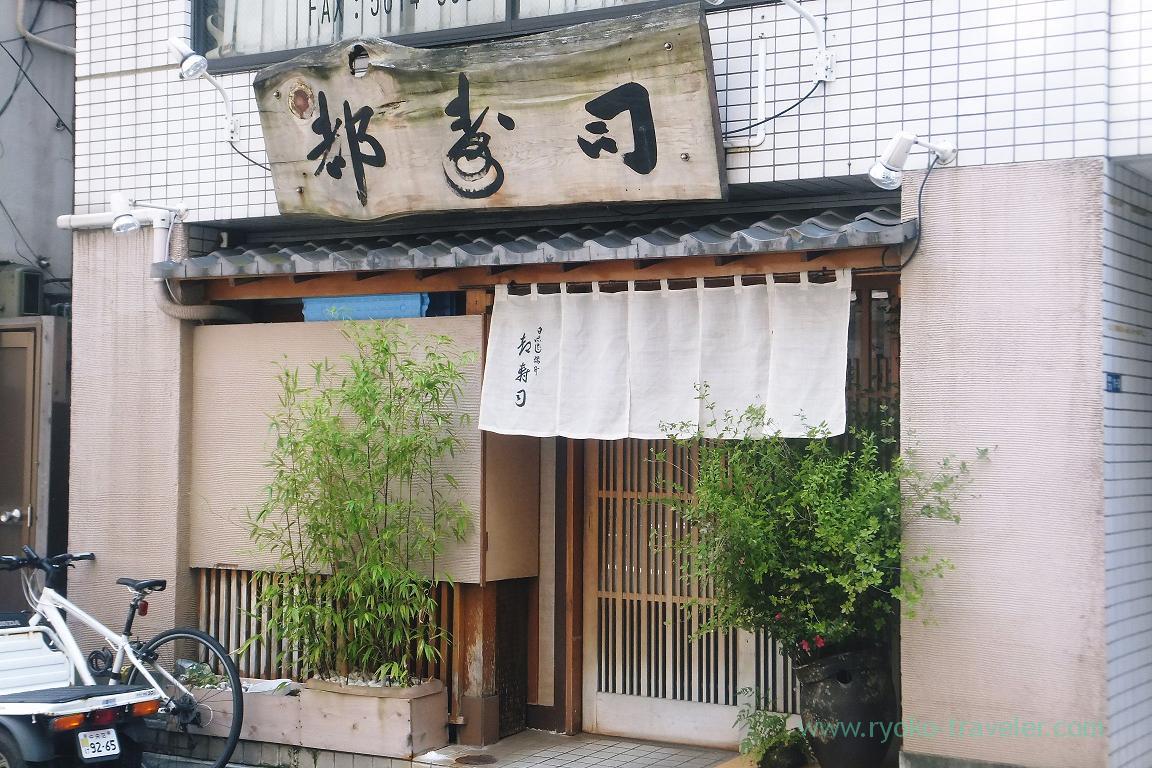 Because Miyakozushi quit their business at there this September.
And they will start new sushi restaurant as “Nihonbashi-Kakigaracho Sugita” in Nihonbashi Kakigaracho from middle of October.
The chef took over the place from his parents and decided to start his restaurant there.

But there is already a sushi restaurant named “Miyakozushi” (The restaurant he used to train in his youth days), so he decided to change his restaurant’s name.

By the way, this was the first time to visit Miyakozushi at lunchtime though I already visited there for 6 times.

Our course was started from Otsumami as usual. Edamame was served 🙂
Edamame is eaten all year around, but its best season is now summer. 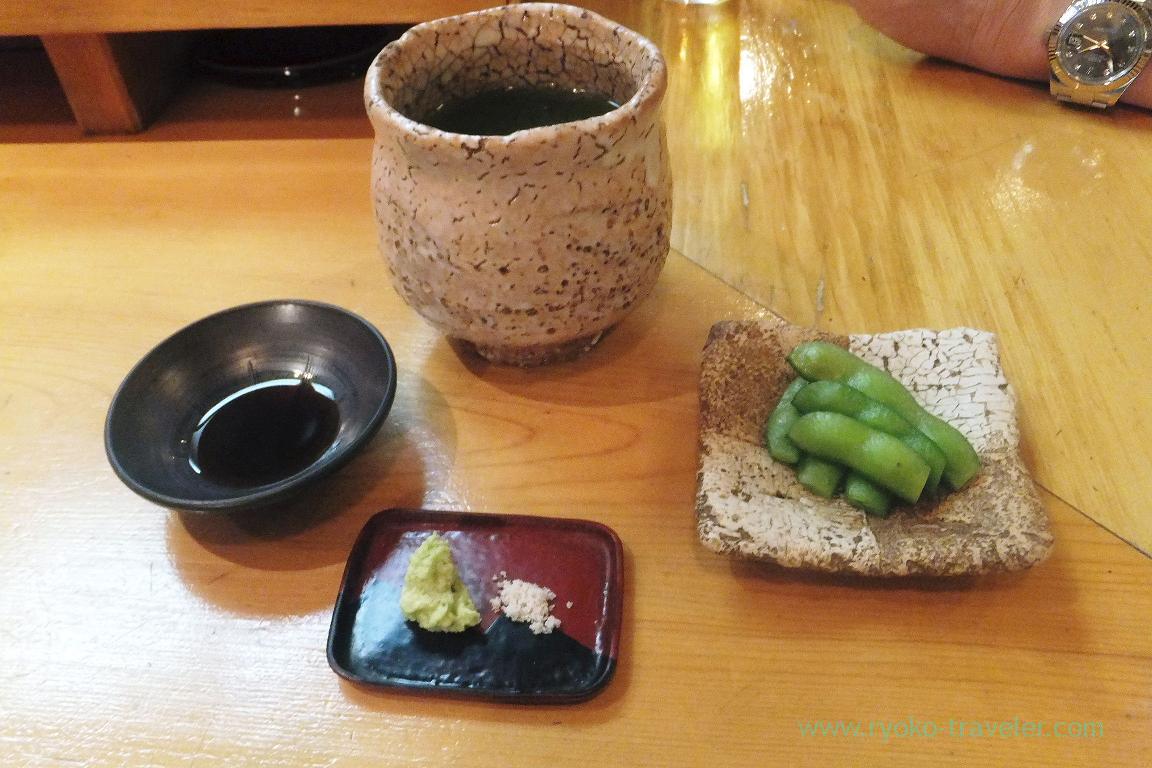 Whelk from Samani (様似のツブ貝)
It had crunchy texture. 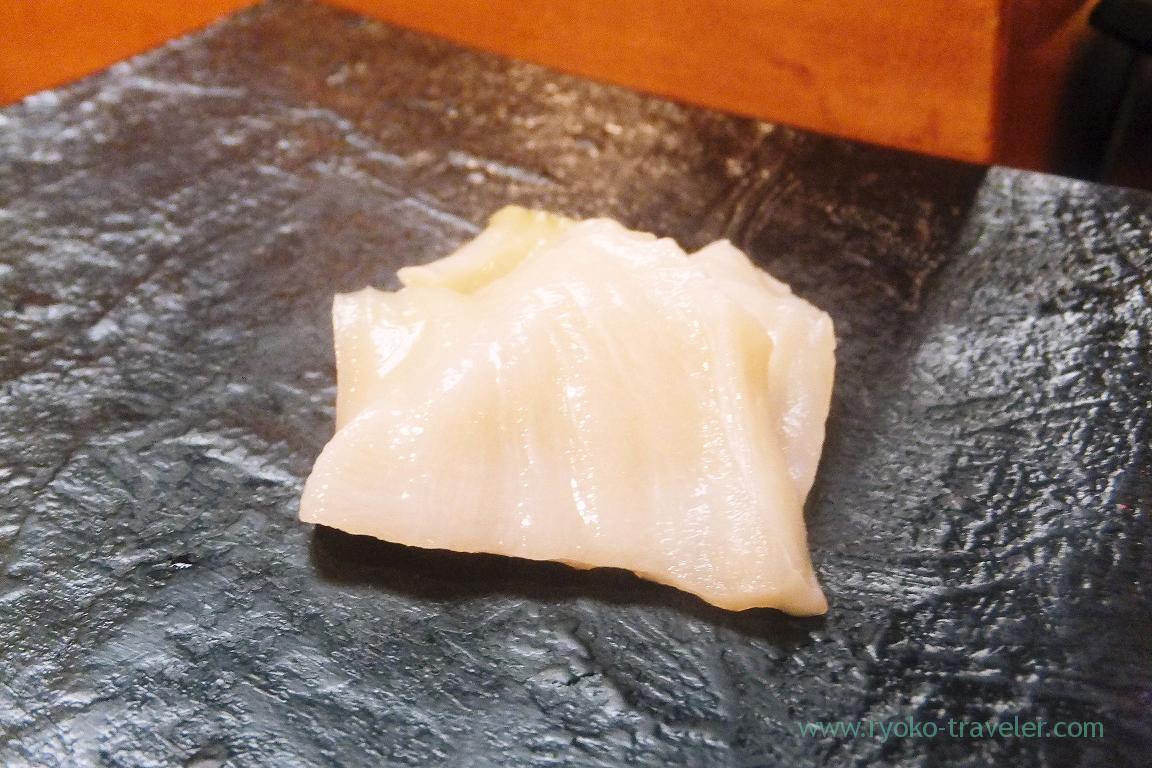 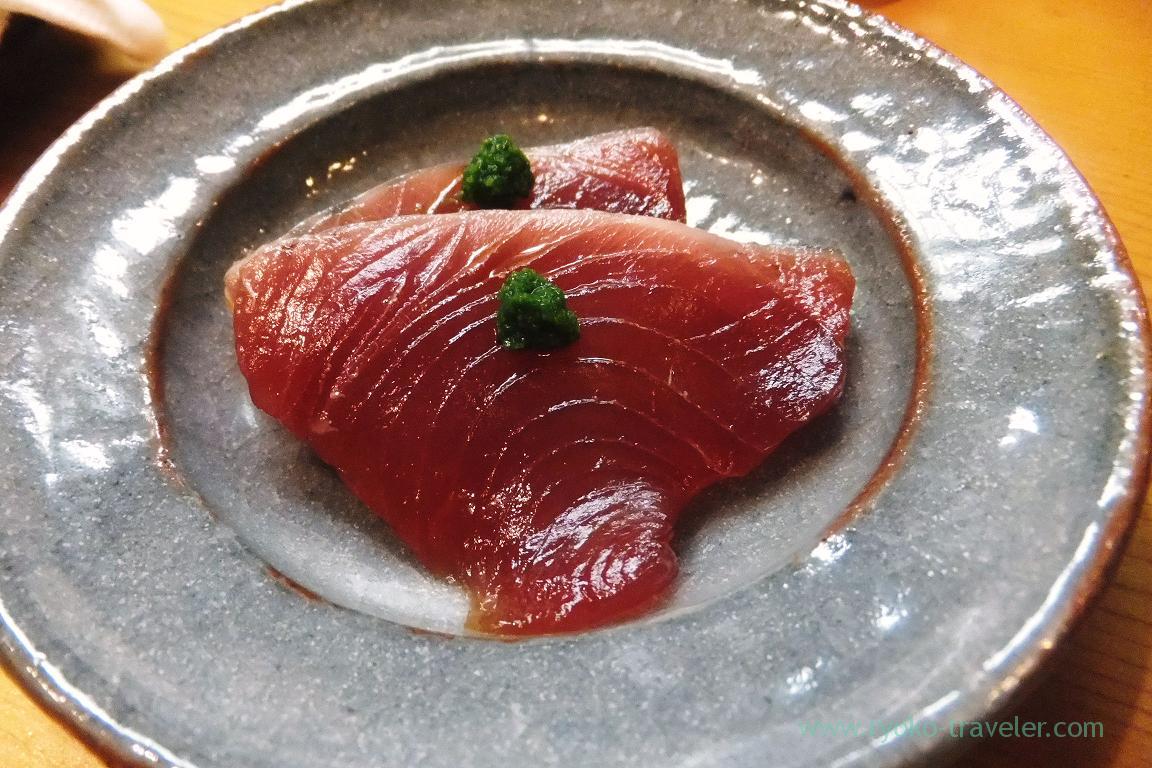 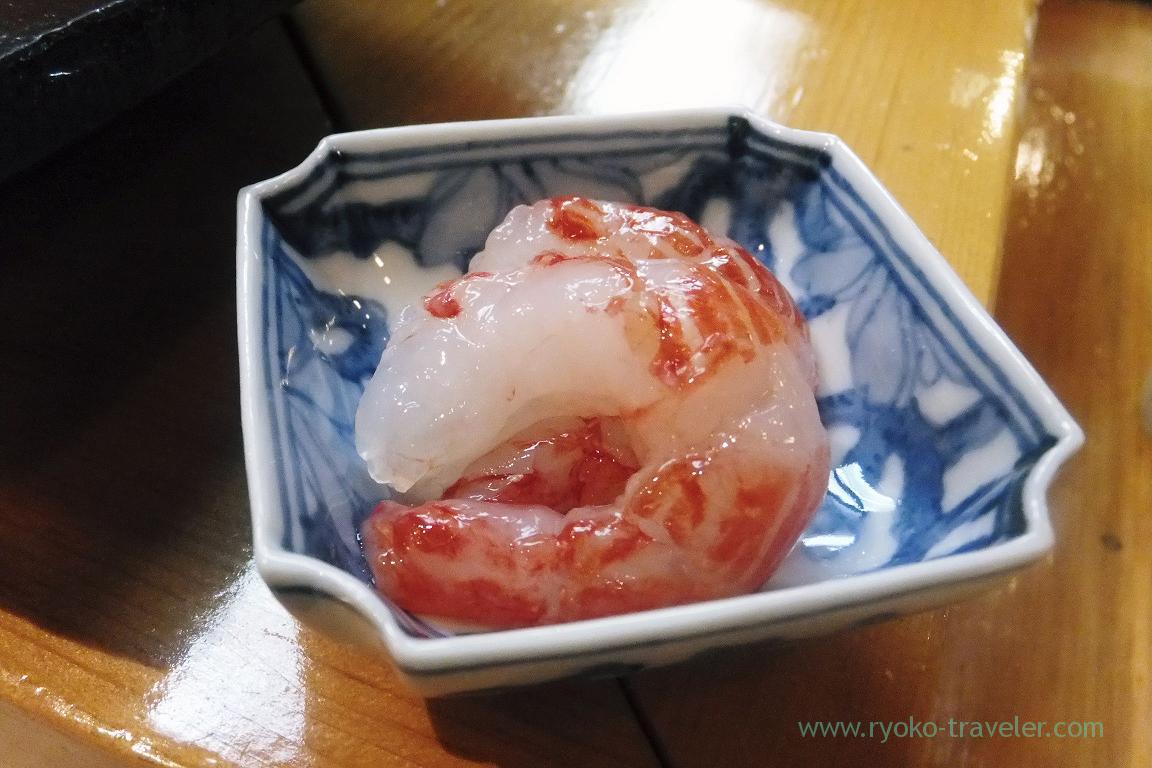 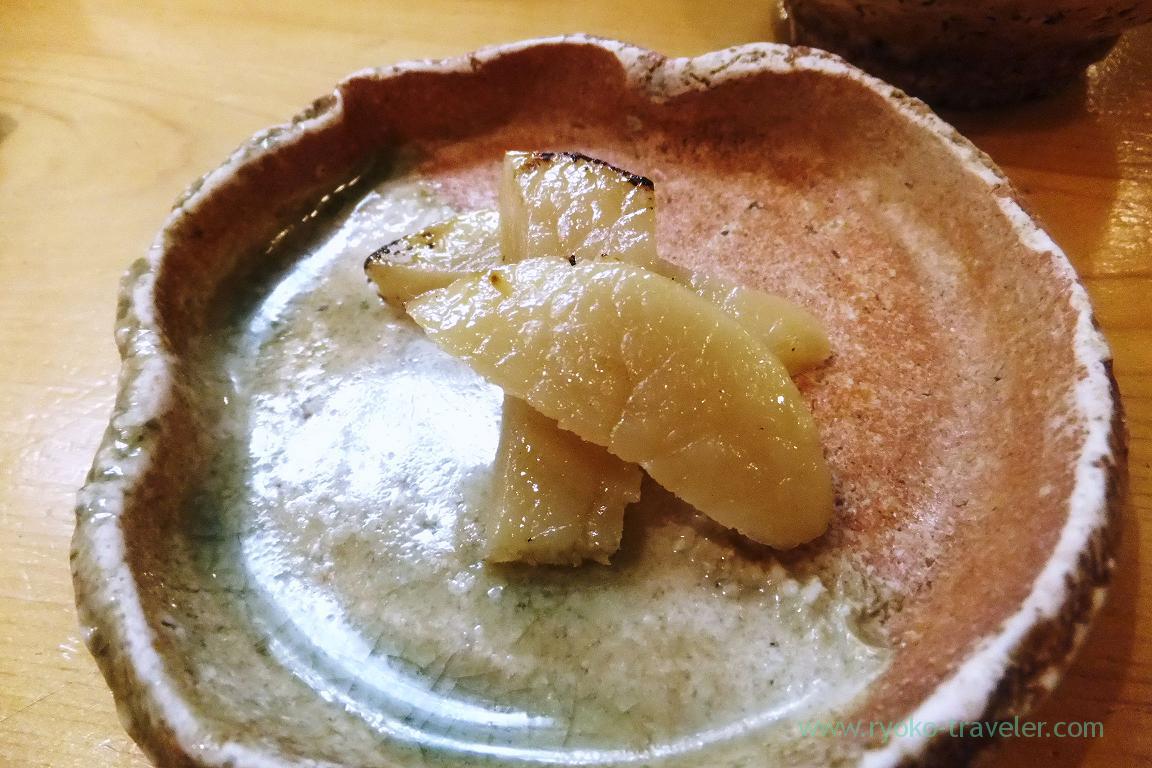 Ovary of sea cucumber and brown meat of Pandalus latirostris (ばちことしまえびの頭の味噌)
Both are delicacies and go with Japanese sake well though we didn’t drink any alcoholic drinks at that time. 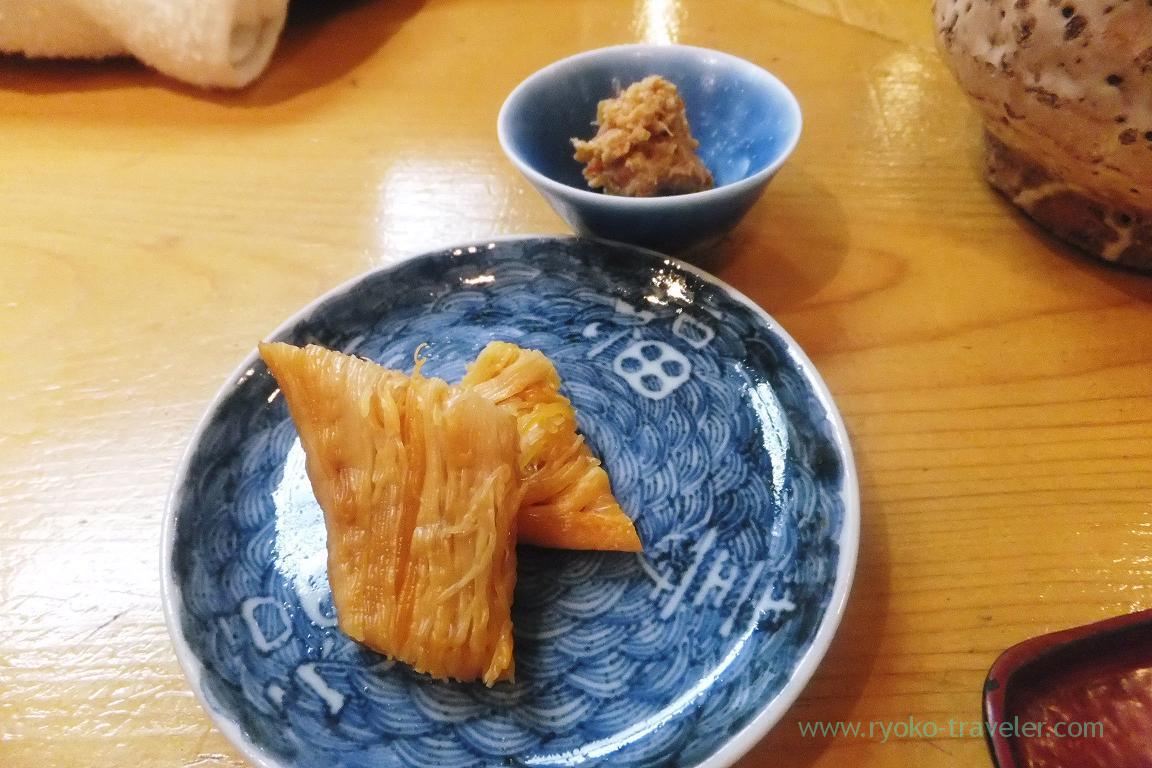 I had eaten ovary of sea cucumber at Ginza Shimada, but that was dried. This was not dried. So, it was soft and juicy.
http://www.ryoko-traveler.com/ginza-shimada1/

Well, the last otsumami is grilled fish as usual. That day Grilled blackthroat seaperch with salt (アカムツの塩焼き) was served.
It was really fatty. But the fat was somehow light.
I’ll be able to drink a cup of this fat 😛 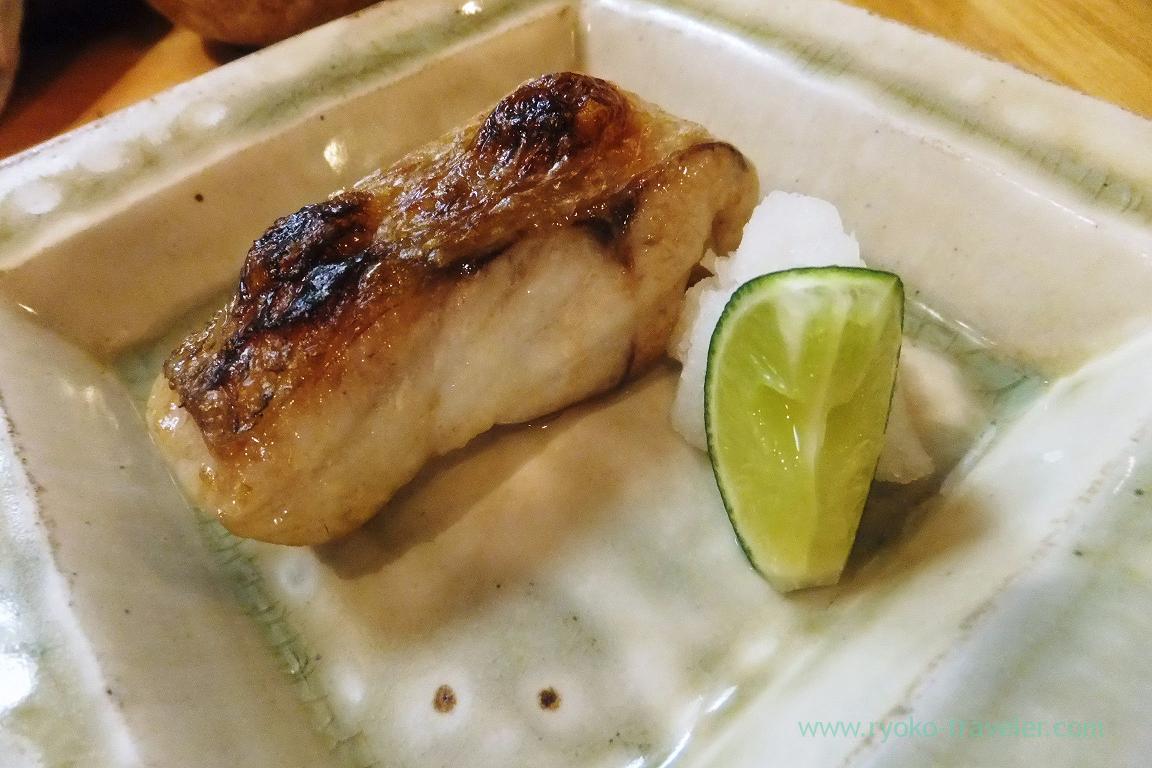 July and August is the season of Shinko (very young punctatus). So, my friend was really looking forward to eating shinko, but to his great sorrow, it was not in stock because it was chill this Spring and the beginning of Summer. So,
shinko is now still too small.
http://www.ryoko-traveler.com/miyakozushi3/

He couldn’t hide his shock 😛 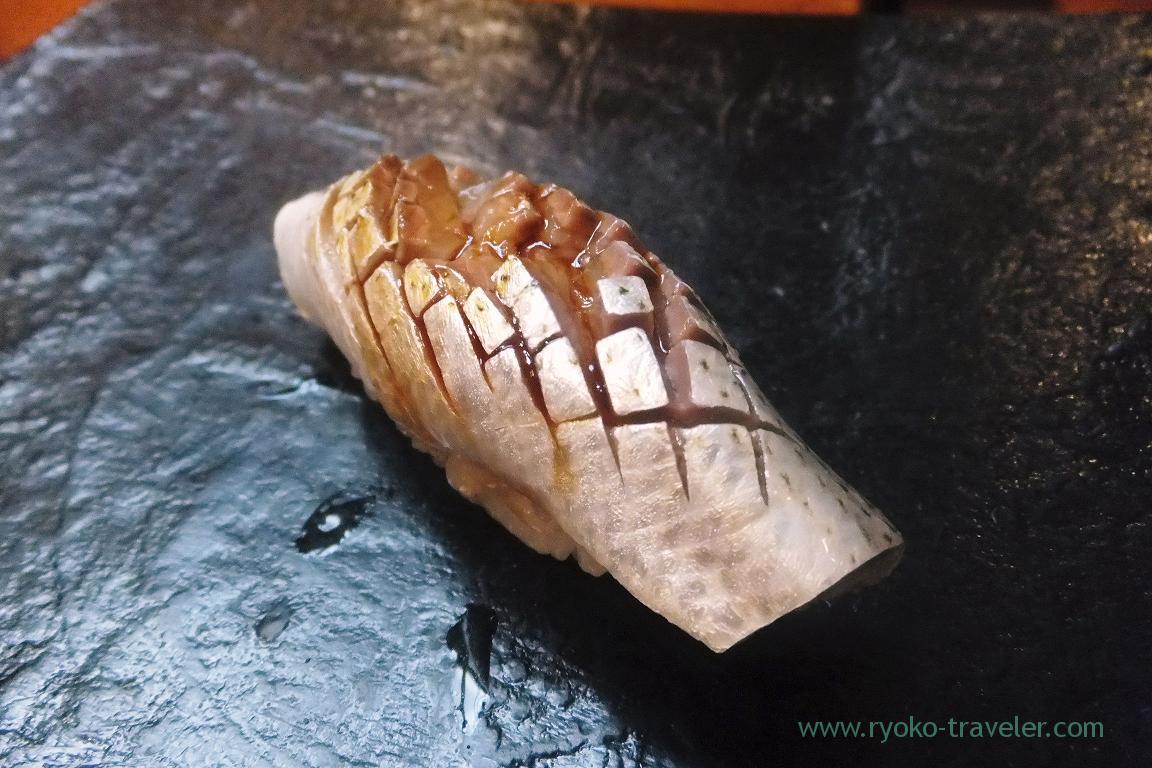 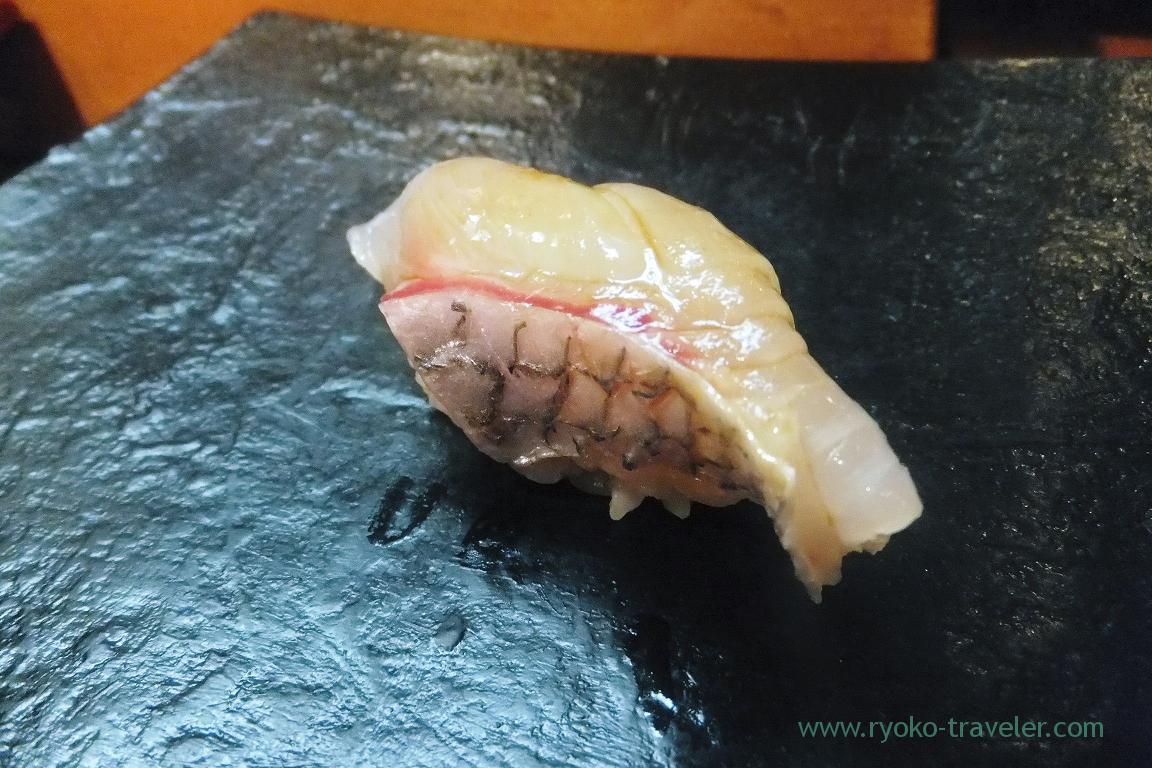 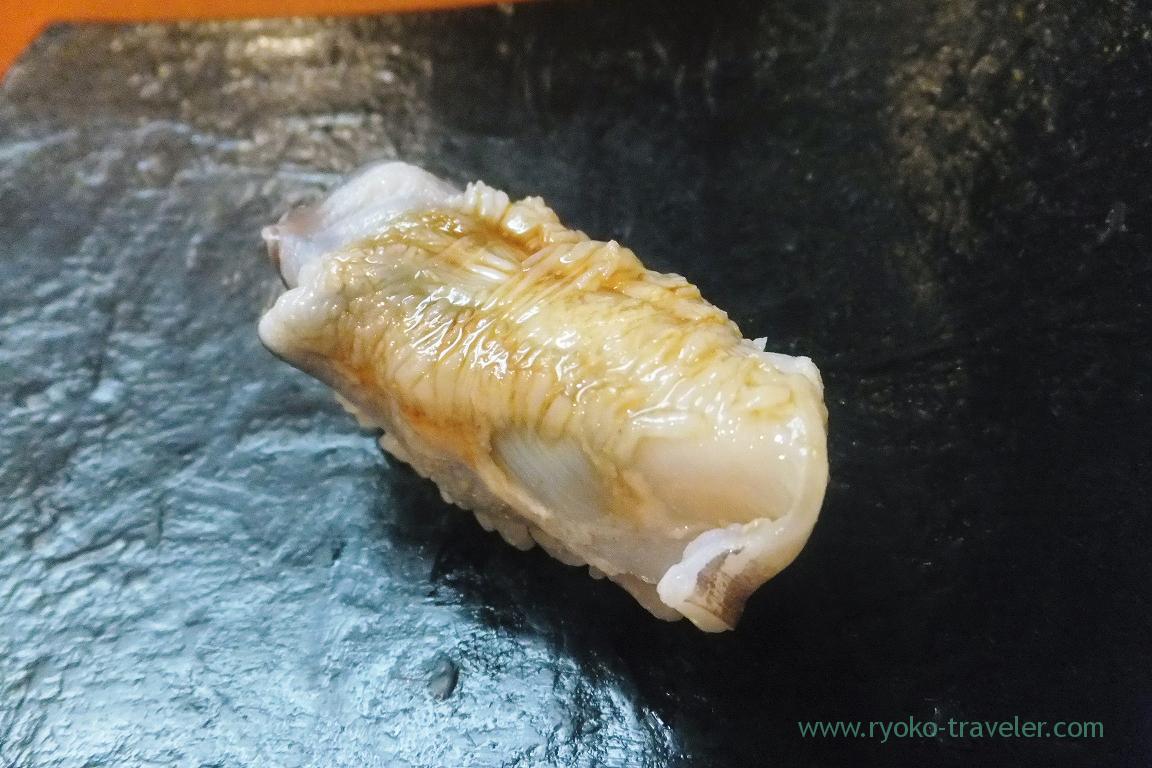 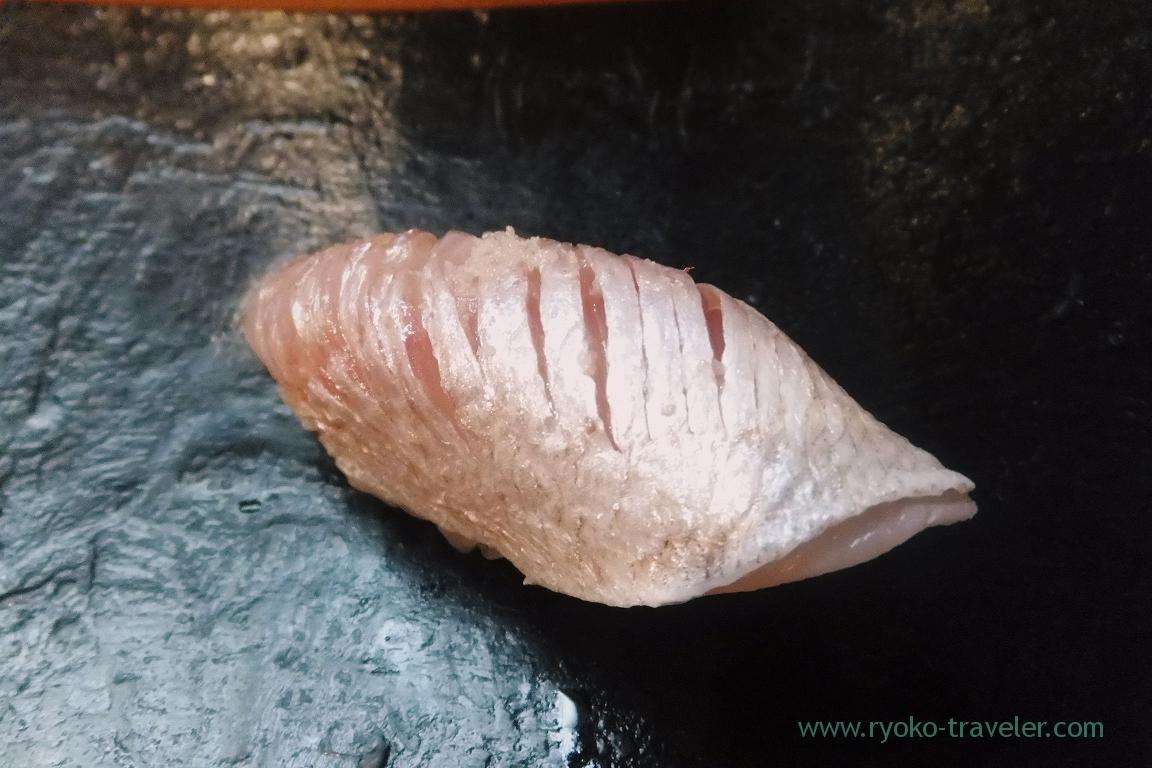 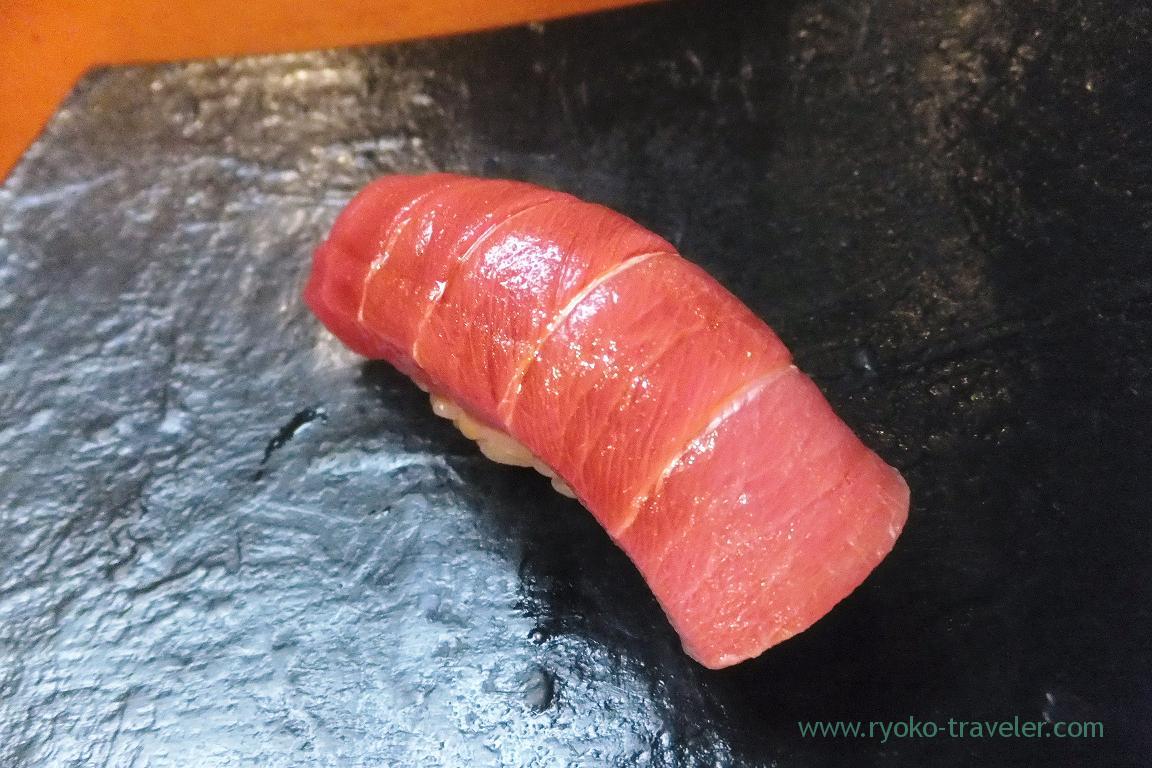 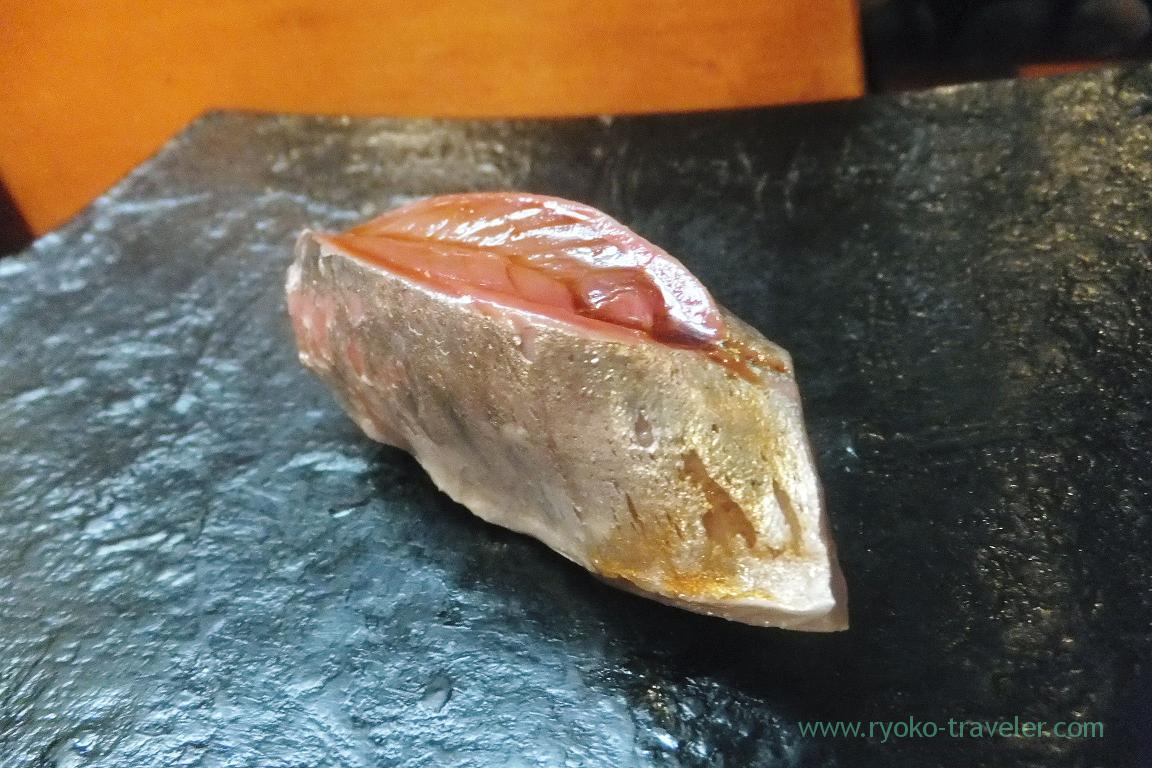 Miyakozushi’s Kuruma prawn (車海老) is No.1 all the same, I think. Its ultimate sweetness
and taste spread in my mouth. I had never eaten such a kuruma prawn except Miyakozushi. 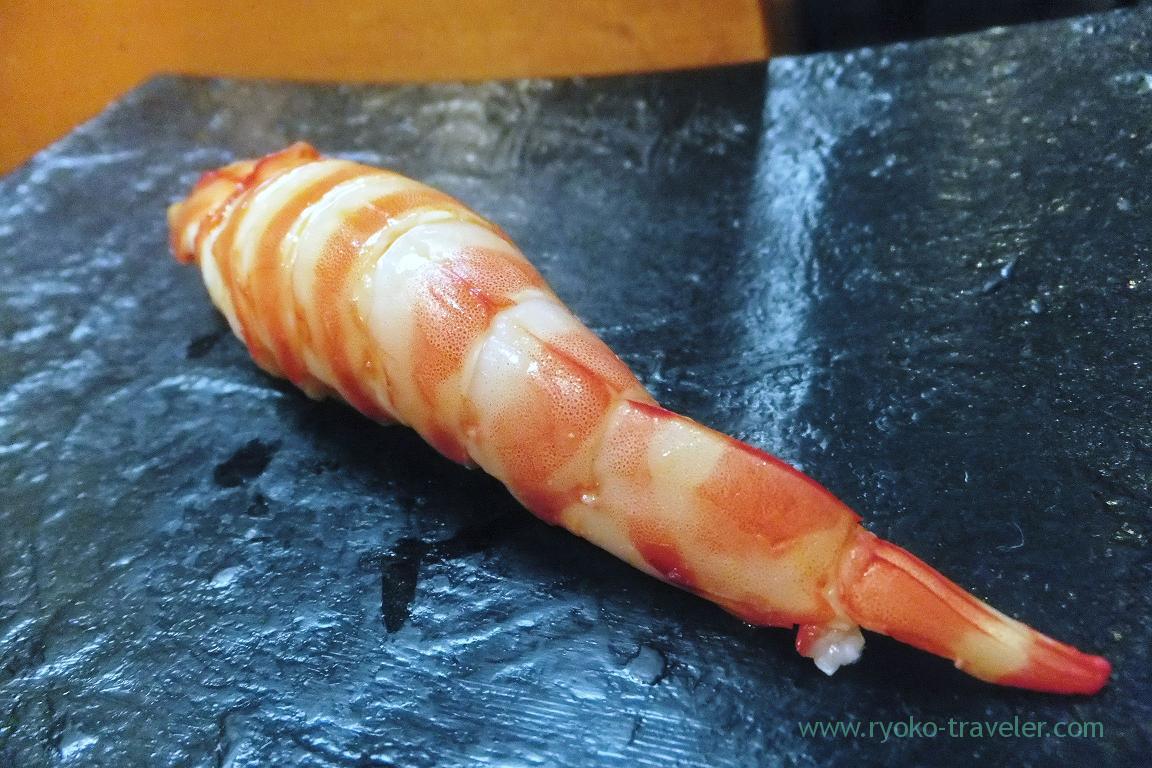 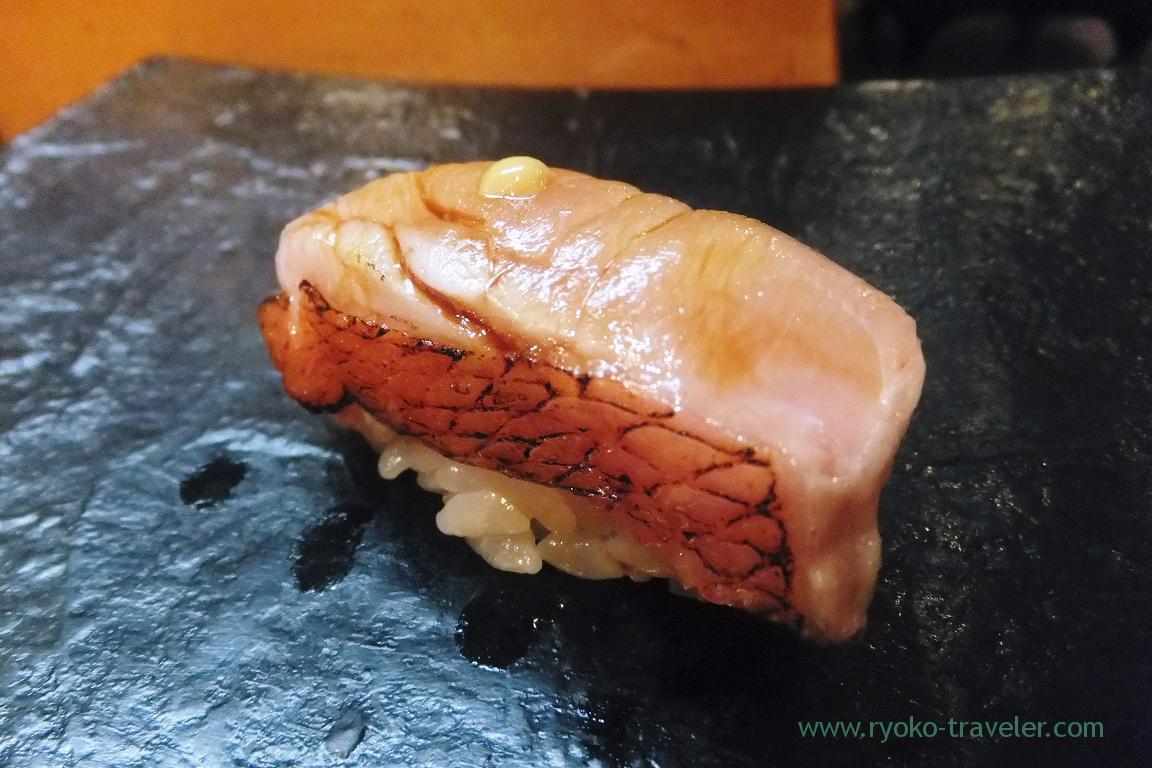 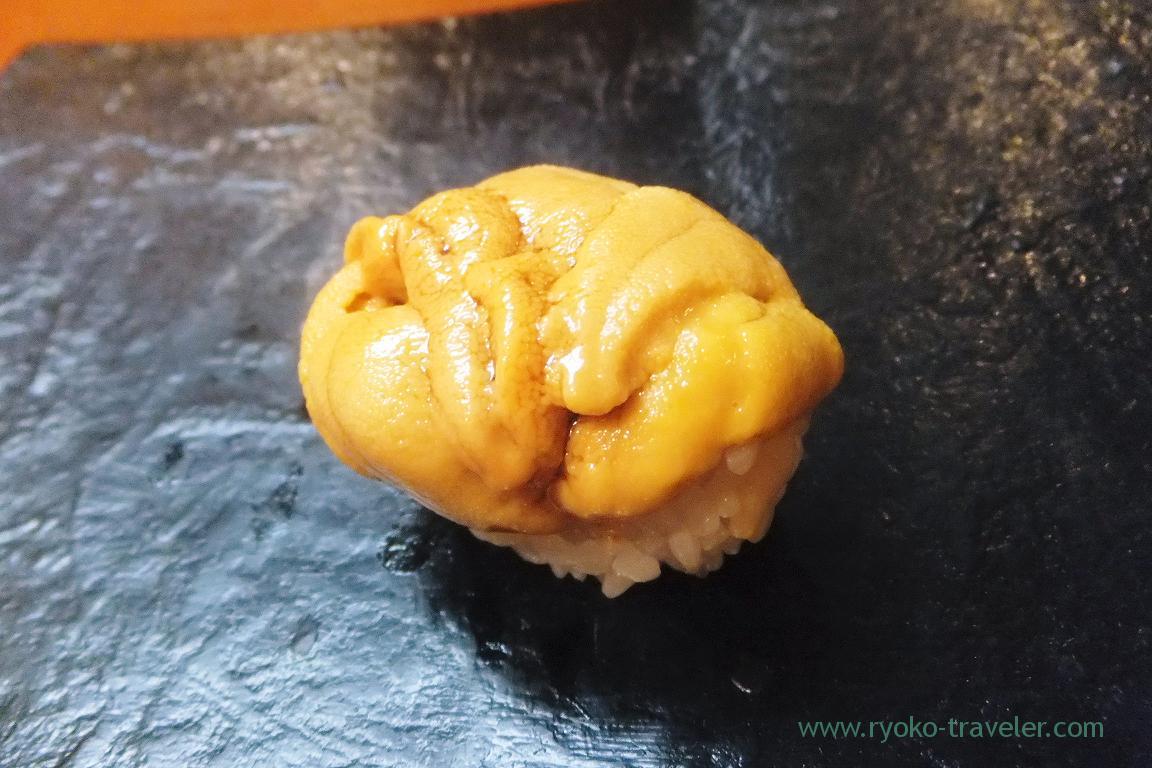 The chef said, “The course have conger eel, tamagoyaki and miso soup left”

Well, my delight didn’t in the course and the chef said he have in stock. So, I ordered my delight.

But it’s ok. Squid is my delight, so anyway, I wanted to eat it 🙂 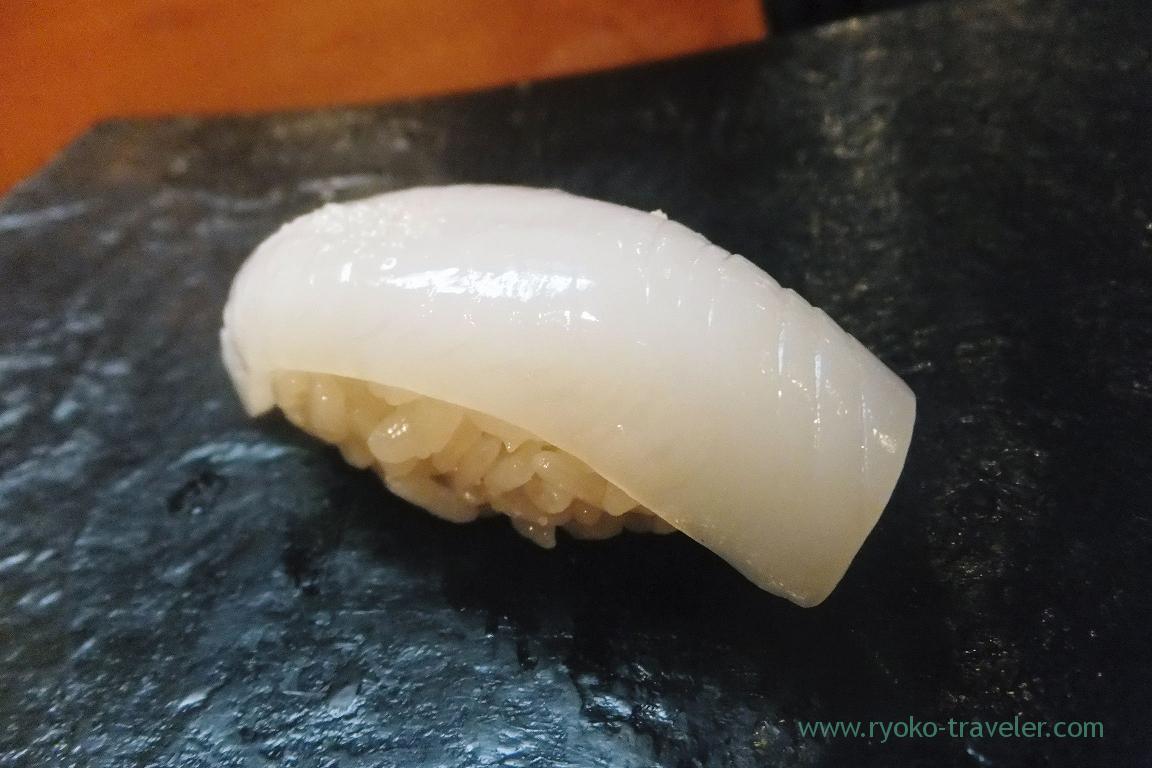 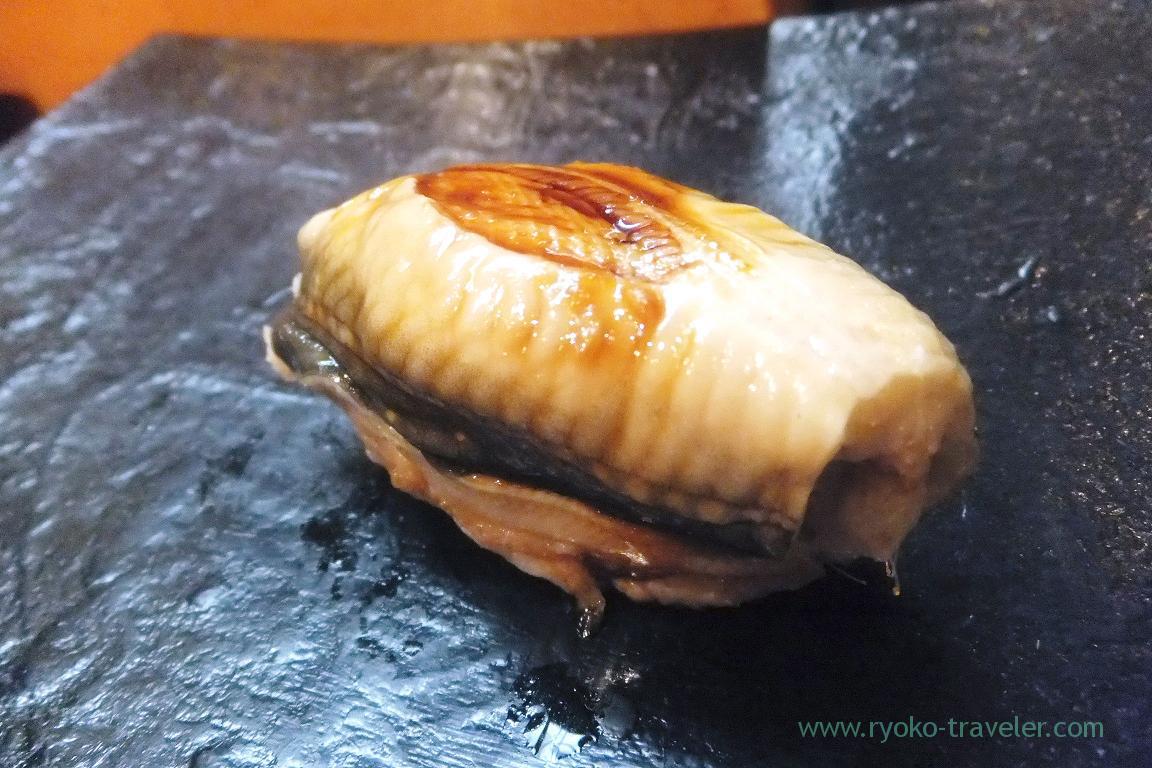 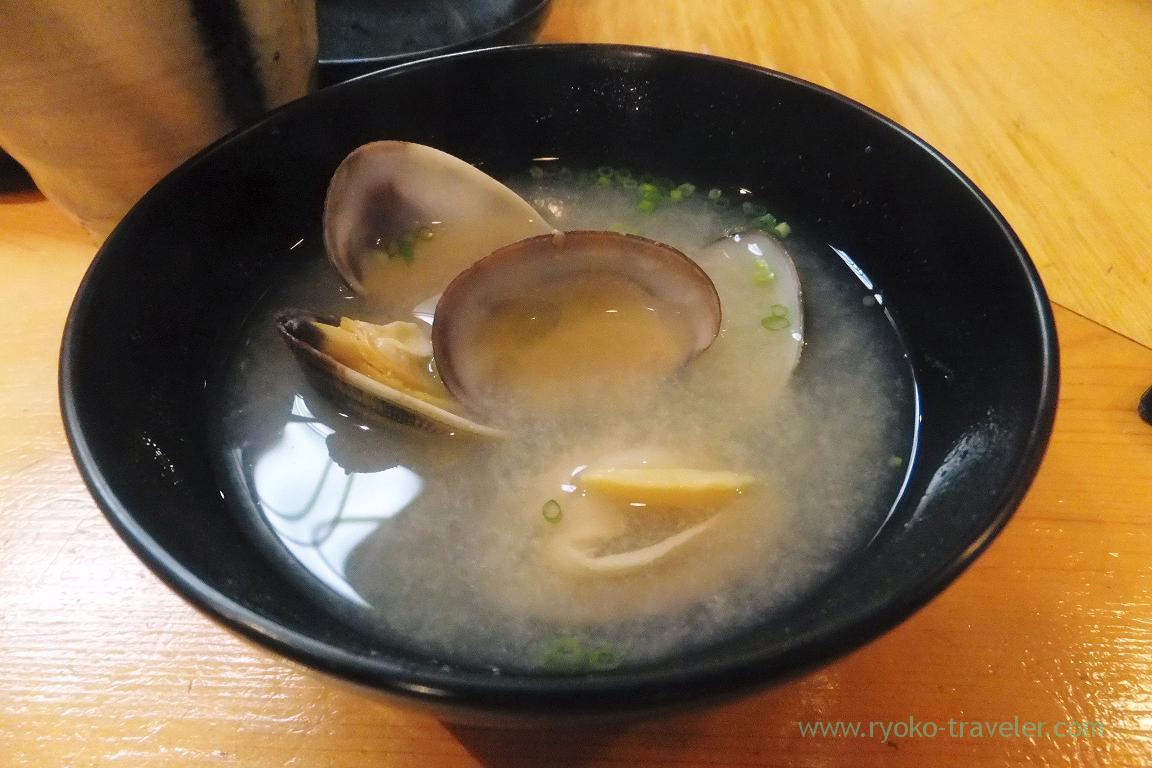 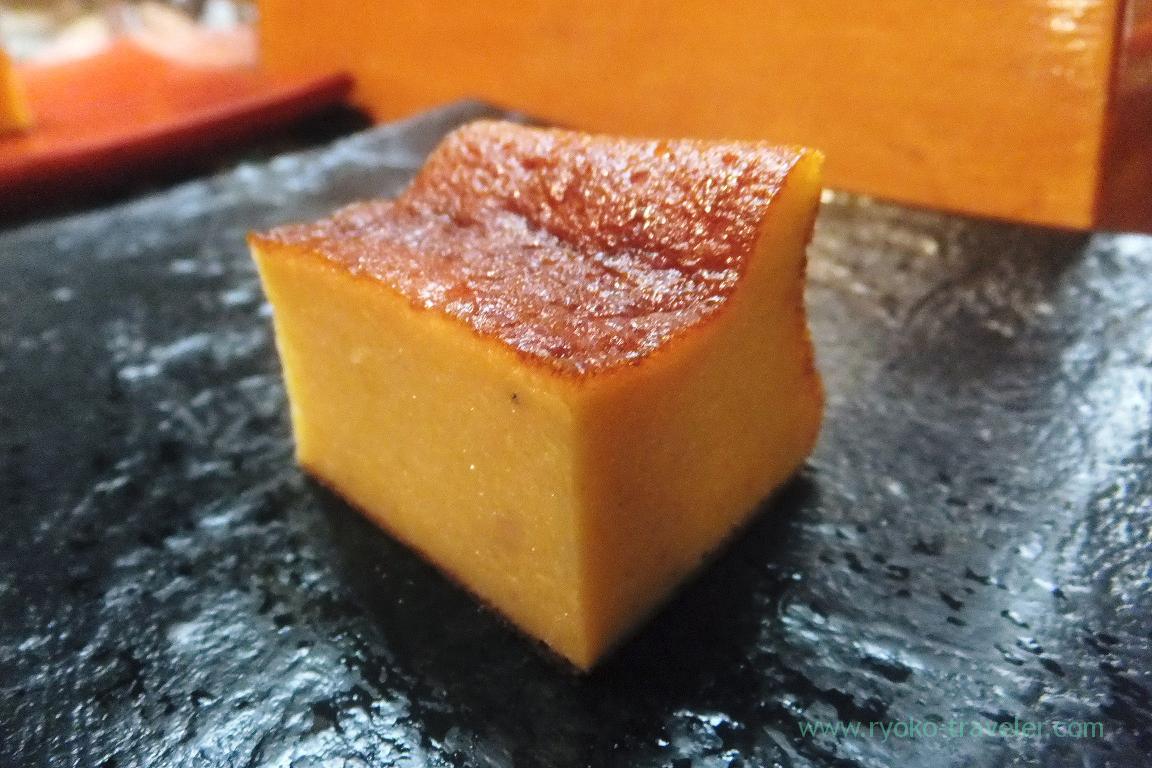 Sugita’s Reservation is full until February, 2016. So, we can’t go new restaurant for the time being.
So, we’ll go to Sushi Hashimoto that is managed by chef had trained at Miyakozushi during that.

Last Miyakozushi. I have to burn this view into my eyes. 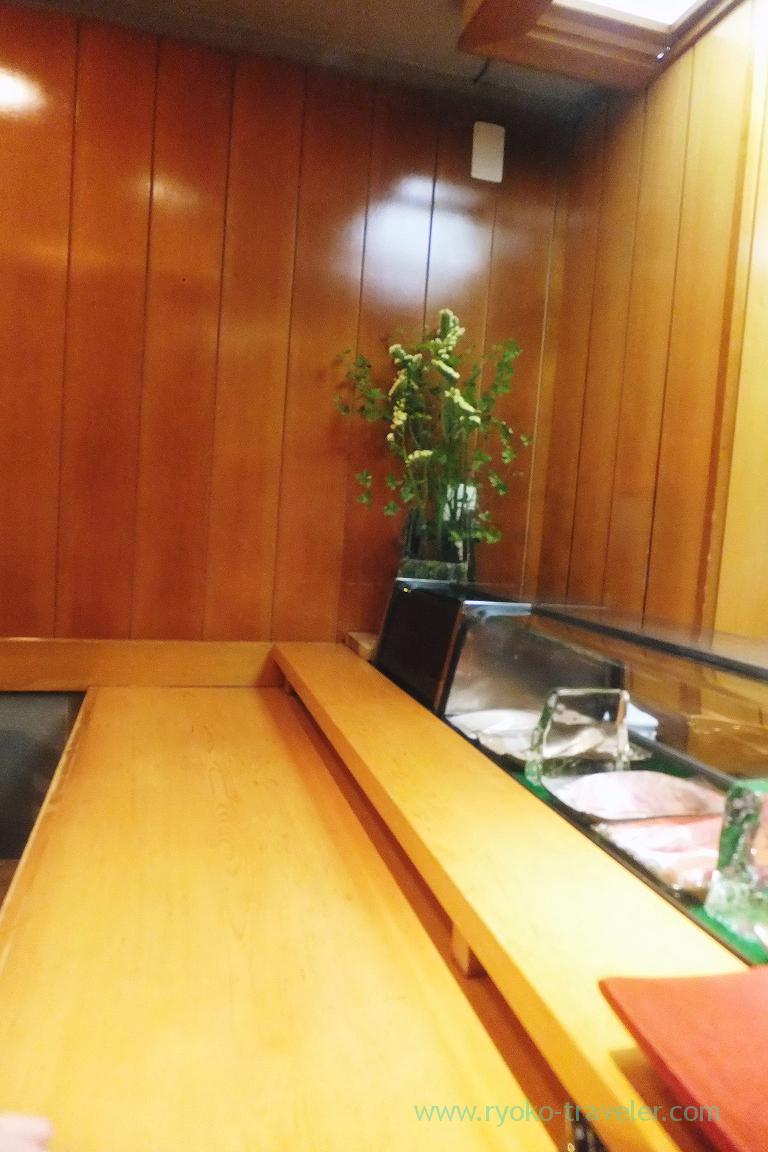 I’m searching for some very spicy foods that can be eaten at lunchtime around Tsukiji. I heard a izakana named Tabenbar...

Tsukiji Market : My breakfasts end of 2012

Breakfast I have some stocks of picture about my breakfast at Tsukiji, I want to write posts about it within 2012 ! Thi...

Notice : This restaurant has already quit their business.  (10th, October, 2015) What is your favorite sauce for ...

I felt value of Ginza at Tsukiji I feel like eating cold soba because it's still hot in the daytime. Especially, concr...
Tsukiji : Sirloin tonkatsu at Katsuhei with long history (かつ平)
Tokyo Bay Fireworks 2015 (東京湾大華火祭)