Notice : Miyakozushi quit their business at the place of Bakuro-Yokoyama at the end of September and will be open at Nihonbashi-Kakigaracho with the name “Nihonbashi-Kakegaracho Sugita” in October. (1st, August, 2015)

We had dinner at Miyakozushi that became too popular to make reservation ….. 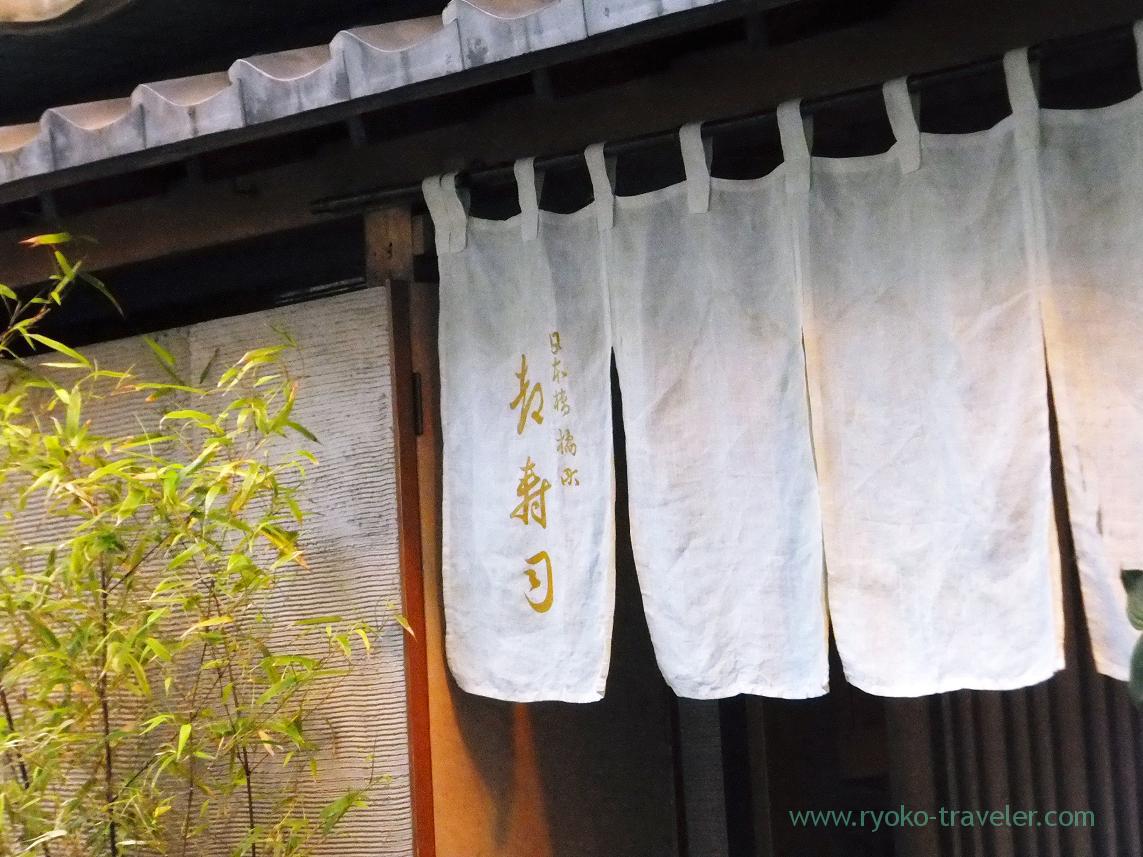 I was very glad that I could go there again. Last time, I was very nervous because I hadn’t been to such a fancy sushi restaurant ever.
But to my sorrow, I wasn’t satisfied with many of their foods. My friends said I should go there again and I was unlucky that time.
http://www.ryoko-traveler.com/miyakozushi1/

It was Saturday, and around Bakurocho on Saturdays evening have few people and it seems a ghost town because Bakurocho is business district.
But people gathered there, Miyakozushi around 5:00 p.m.
As soon as it was open, the restaurant became full. Of course, everyone took reservation in advance.

Their chef’s choice price increased to 15000 yen because of increased taxation.
So, I expected that magnification of reservation is going to be lower, but I found the price increasing didn’t affect their popularity at all.

At first, we ordered our drinks. August beer (アウグスビール). And boiled Hosta montana. 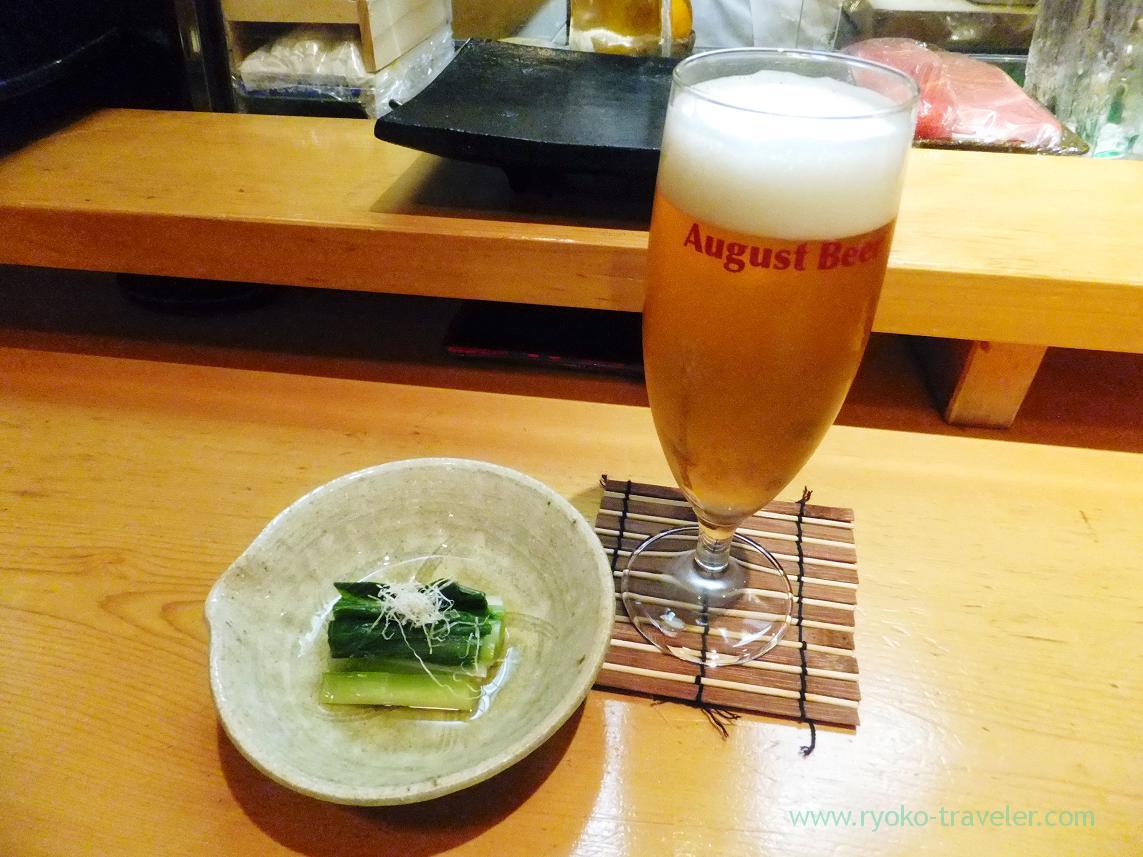 This beer was easy to drink. It had less bitterness. I examined if there are another restaurants that serve this beer.
I found there is directory-managed store of August beer in Roppongi.
Well, I have lots of photos about the dinner, so, I’ll divide by two article this time.

Pacific gaper from Aichi and Marbled sole from Tokyo (愛知のミル貝と東京湾のマコガレイ) 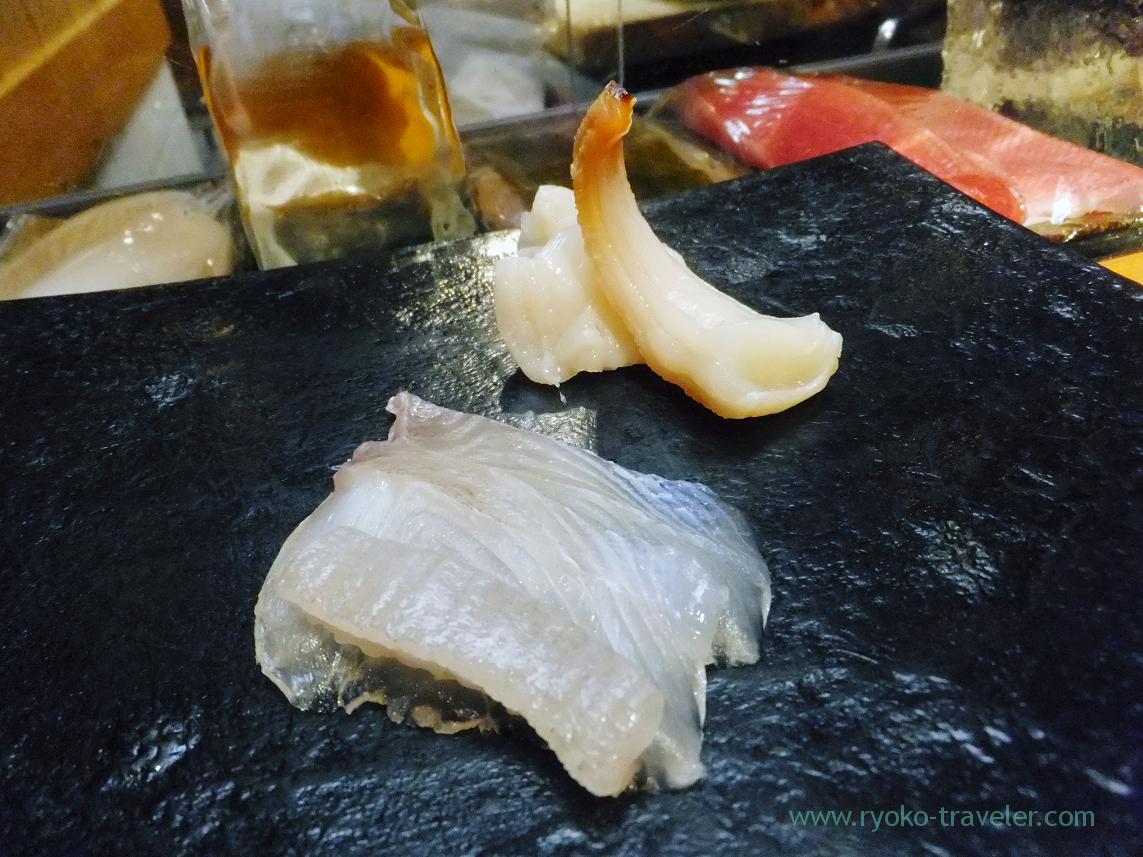 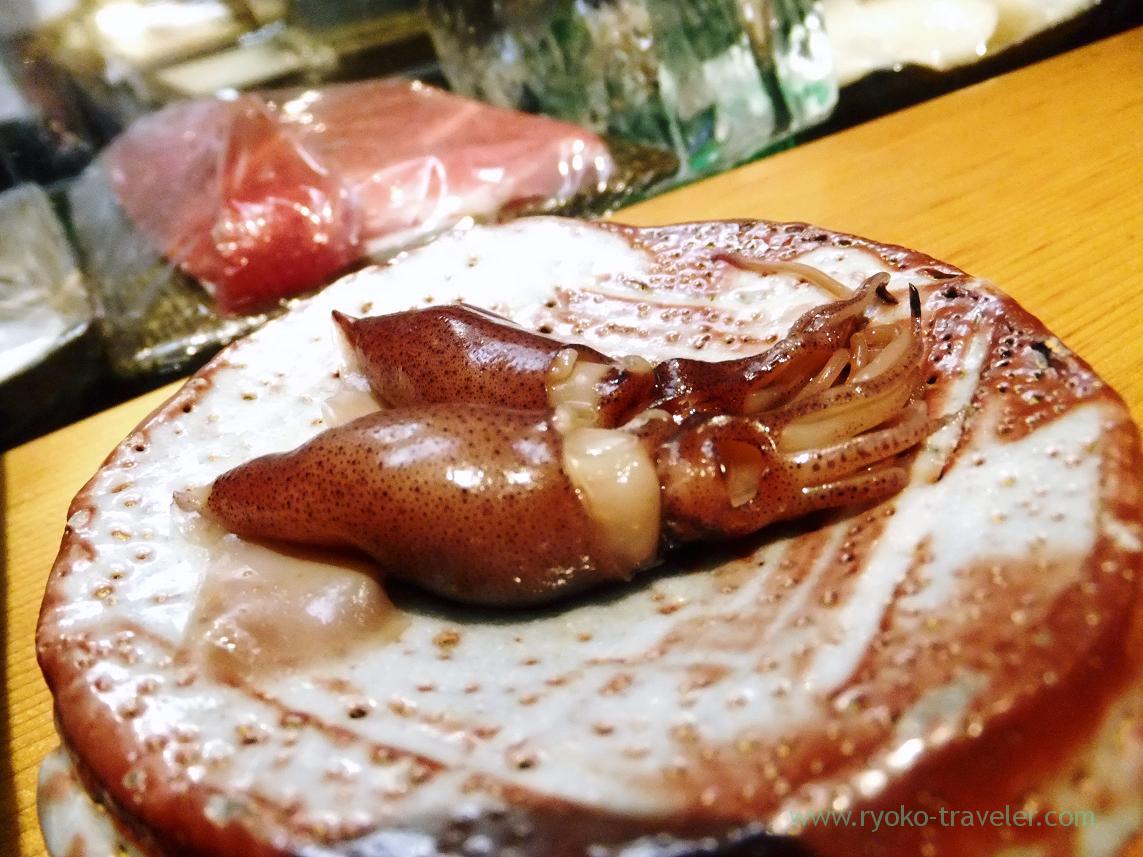 I ordered it last time, too. It was really tasty. I felt thicker taste of brown meat of firefly squid by miso. 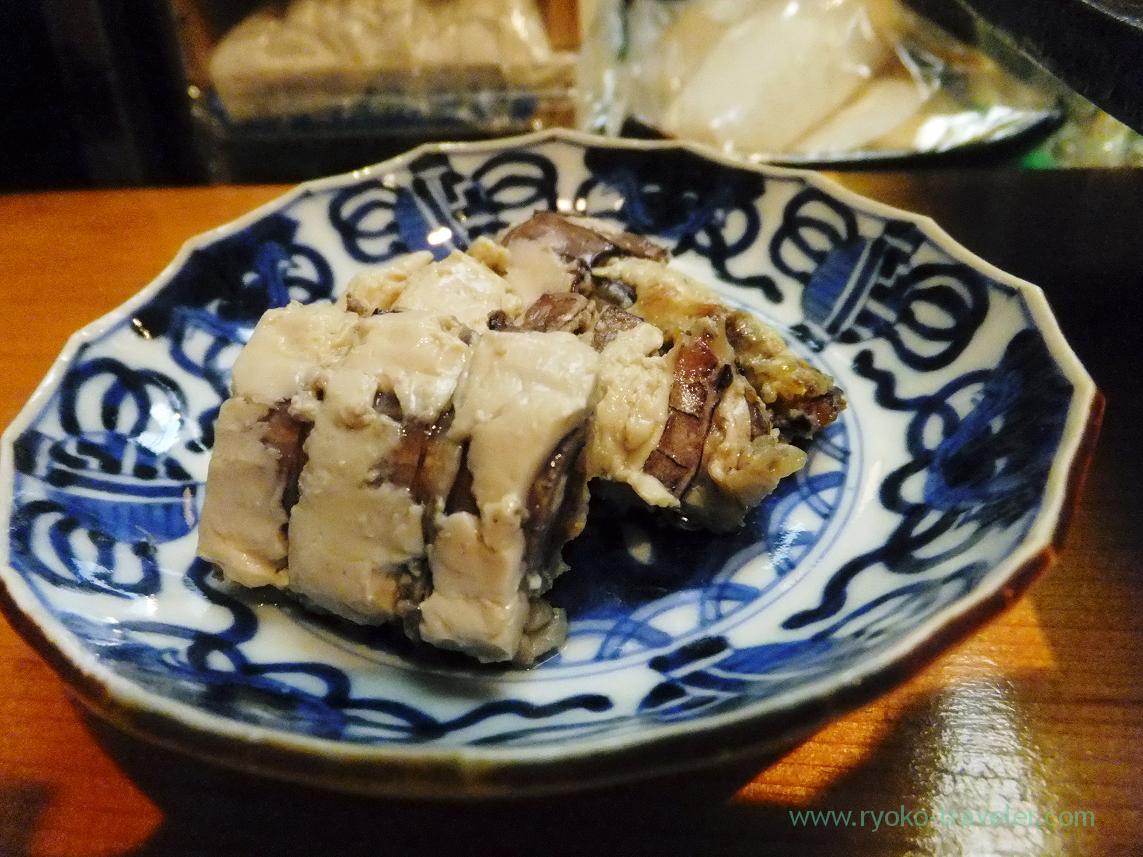 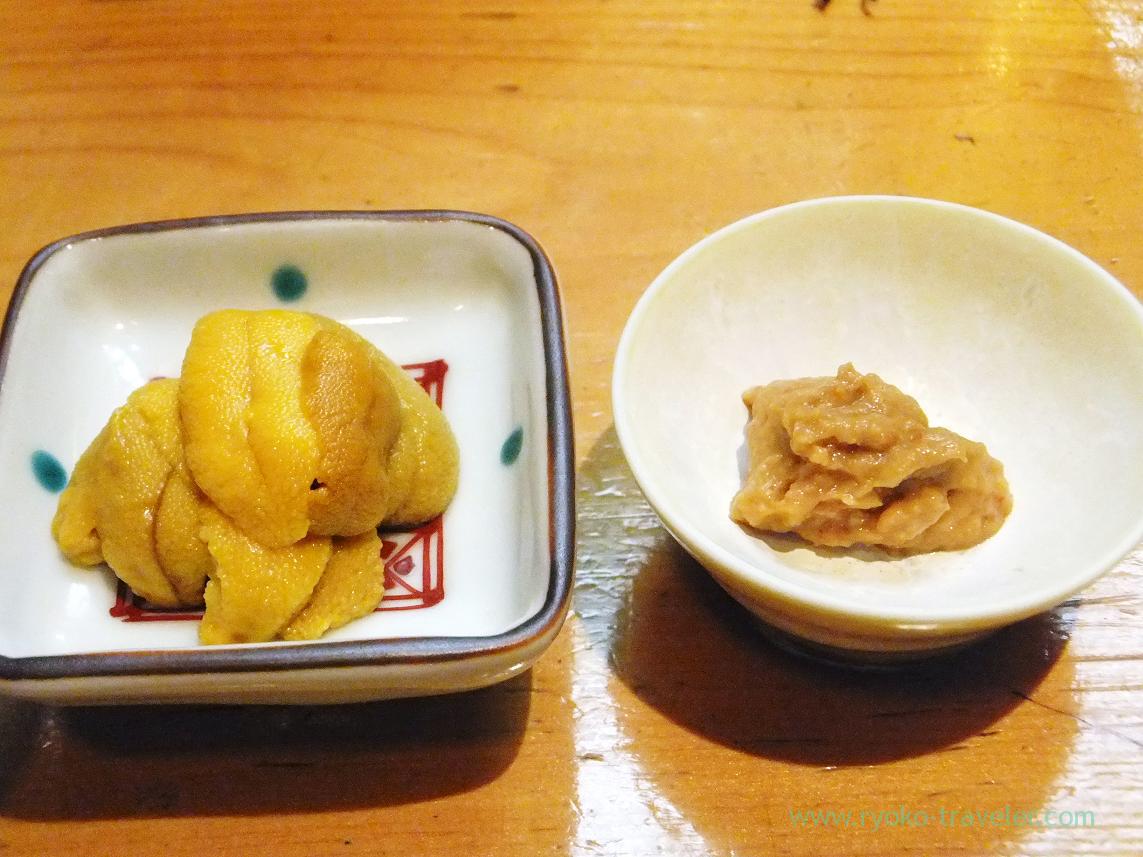 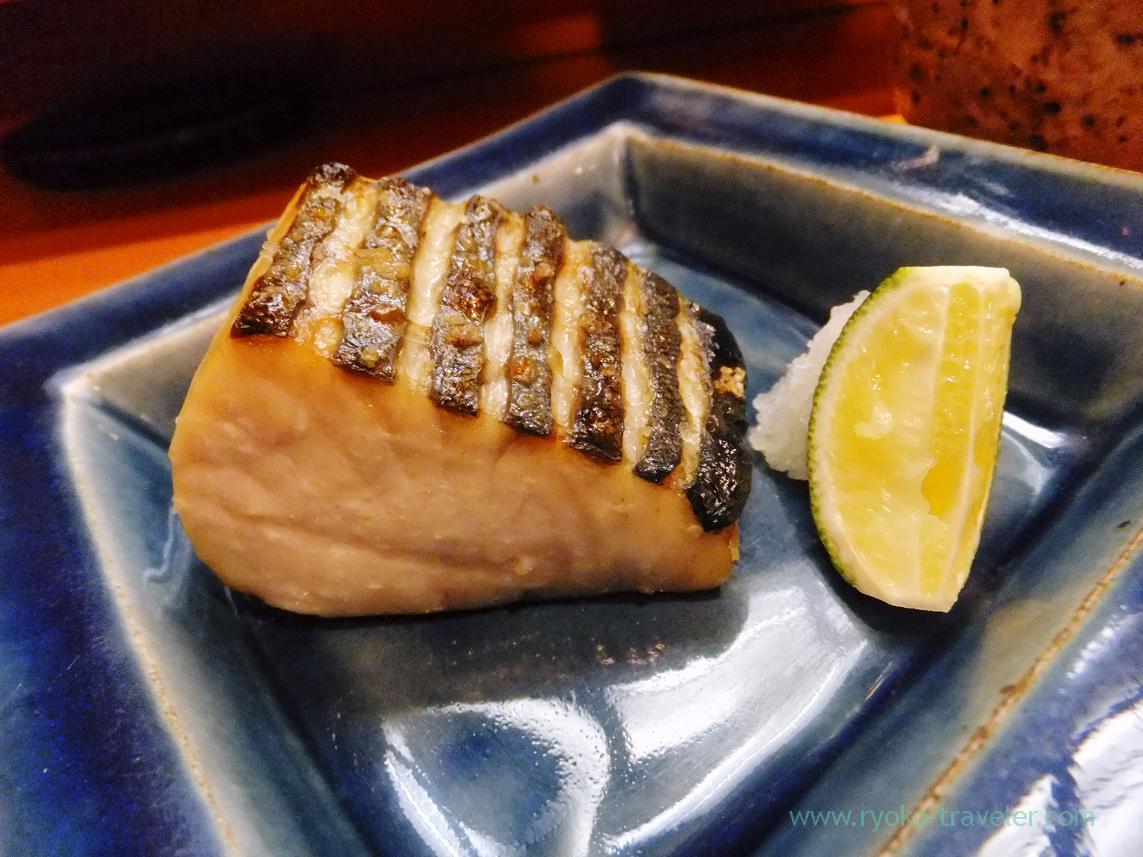 I felt like eating more, and I ordered hen clam (青柳) 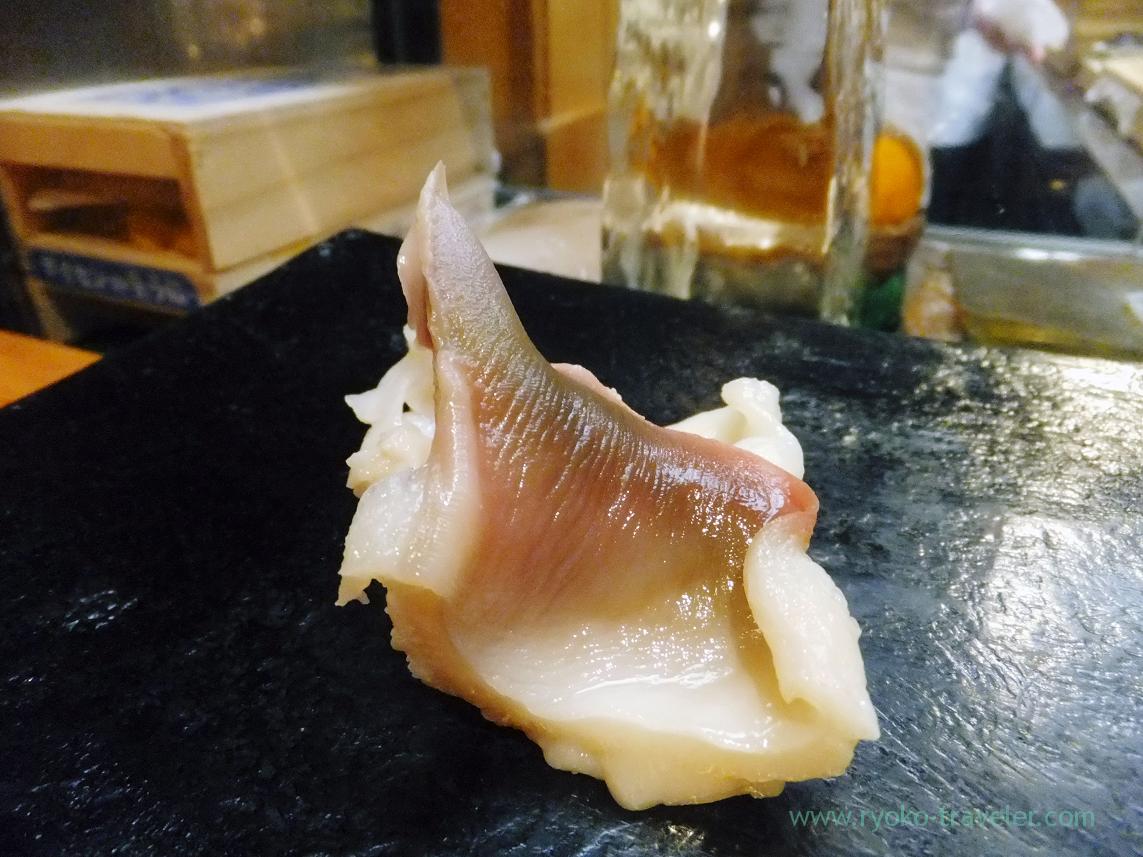 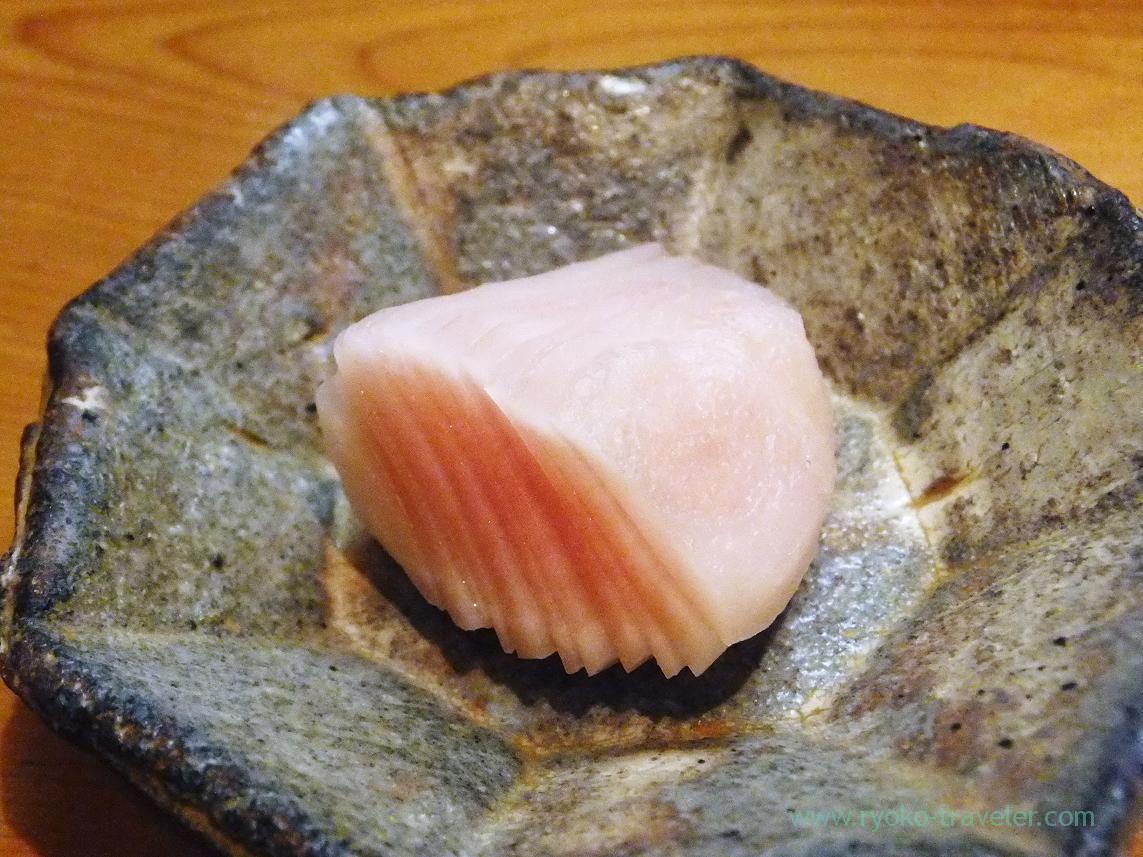 When I feel like eating fish outside on workdays lunchtime, I remember the shop that is named Ikenoya . Tsukiji is ...

Autumn nights' curry'll be end soon I have some foods that I feel like eating on cold season. One of them is soup cu...

Notice : They moved. They are back to Setagaya area and now reservation is required at all time. Shop information...

Sadly speaking, one of the good restaurant in Tsukiji area is going to be closed the end of this month. Originally, the ...
[Tokyo] Unadon at Chikuyotei Main Store (竹葉亭本店) in Tsukiji
(Moved) Bakuro-Yokoyama : Miyakozushi in summer 2/2 (都寿司)