At maguro-ichi, you can eat whole part of tuna !

Recently I rarely go to Funabashi. But I got off at Funabashi station after a long absense the other day. 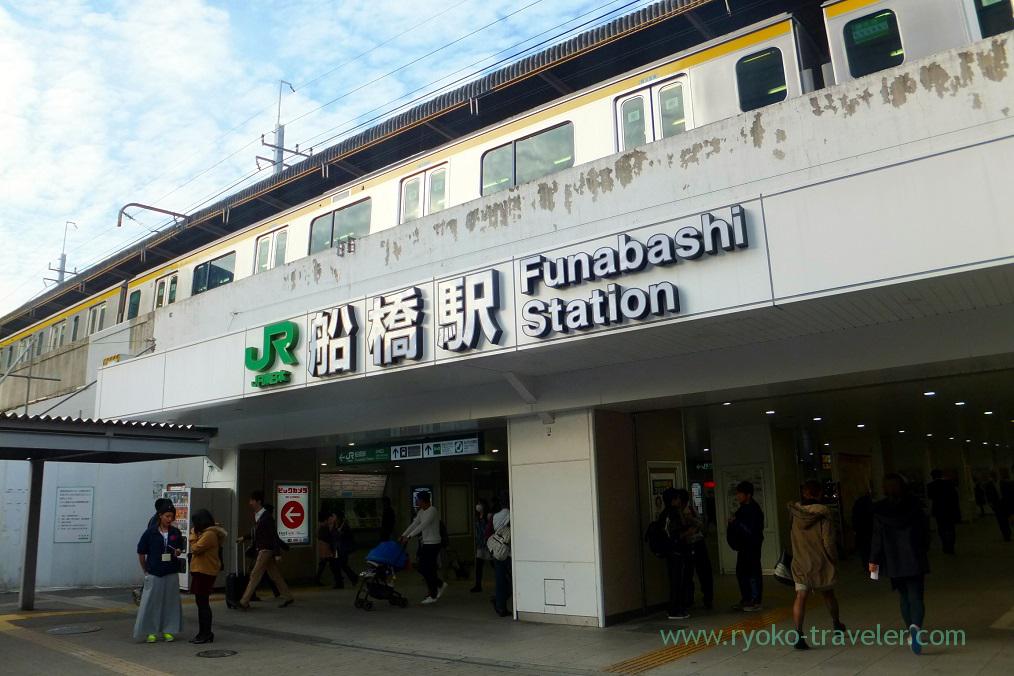 My target was here. Maguro-ichi.
It is on underground of the building and outstanding Italian foods restaurant started business on the ground floor.  So, Maguro-ichi don’t have much of a presence. But it was open ! I was relieved. It’s the best seafood shop in Funabashi ! 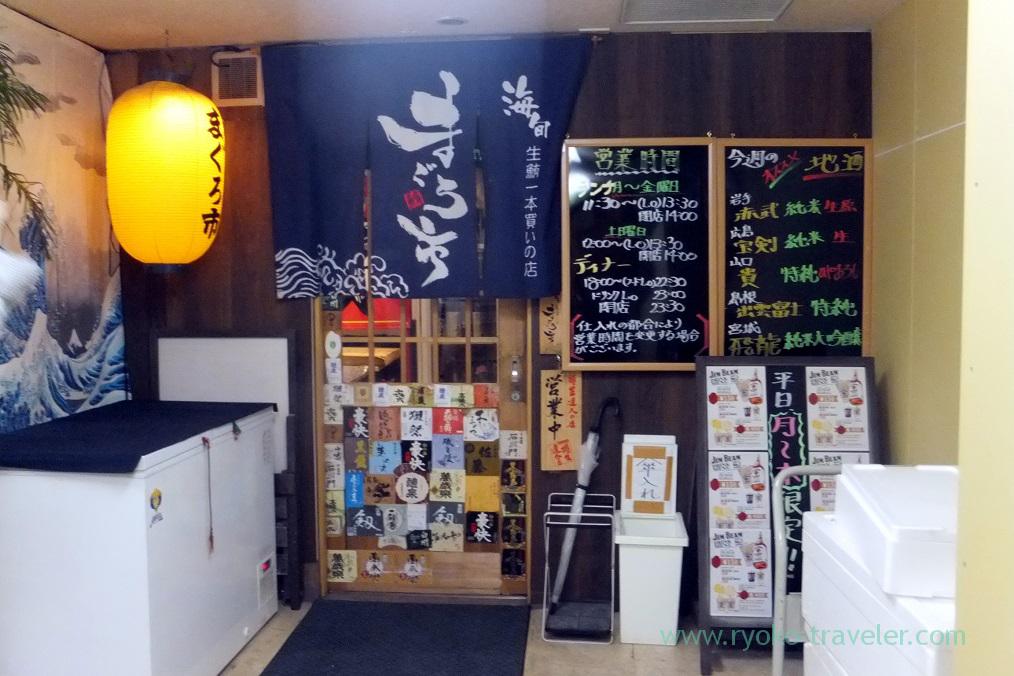 We ordered as same as foods that we ordered last time.
http://www.ryoko-traveler.com/maguro-ichi4/

Because we were two person, the staff led us to tatami area. 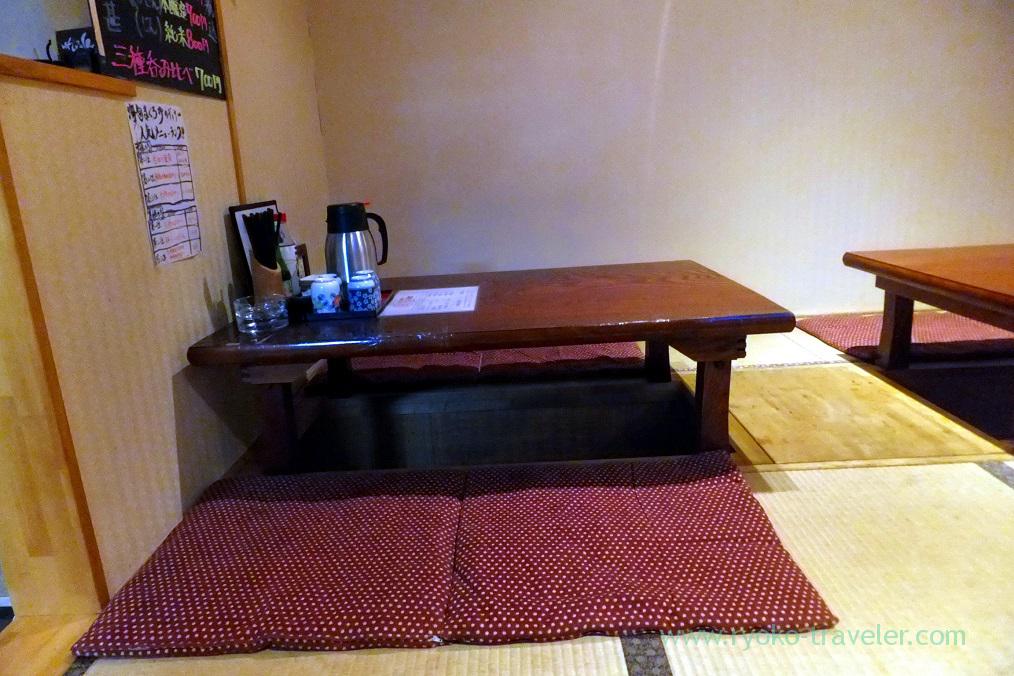 They serve sashimi bowl only. Miso soup, pickled vegetables and small foods are there. We have to take our foods by ourselves there. 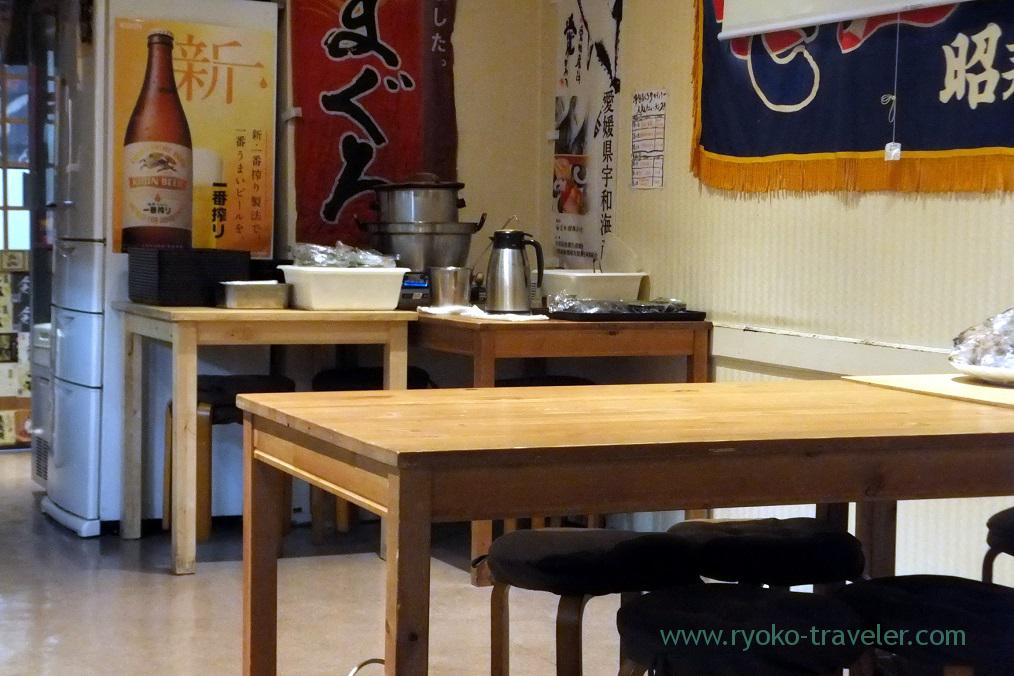 My sashimi bowl set (海鮮丼, 1300 yen). Of course, we took our mozuku seaweed, miso soup and pickled vegetables by ourselves. 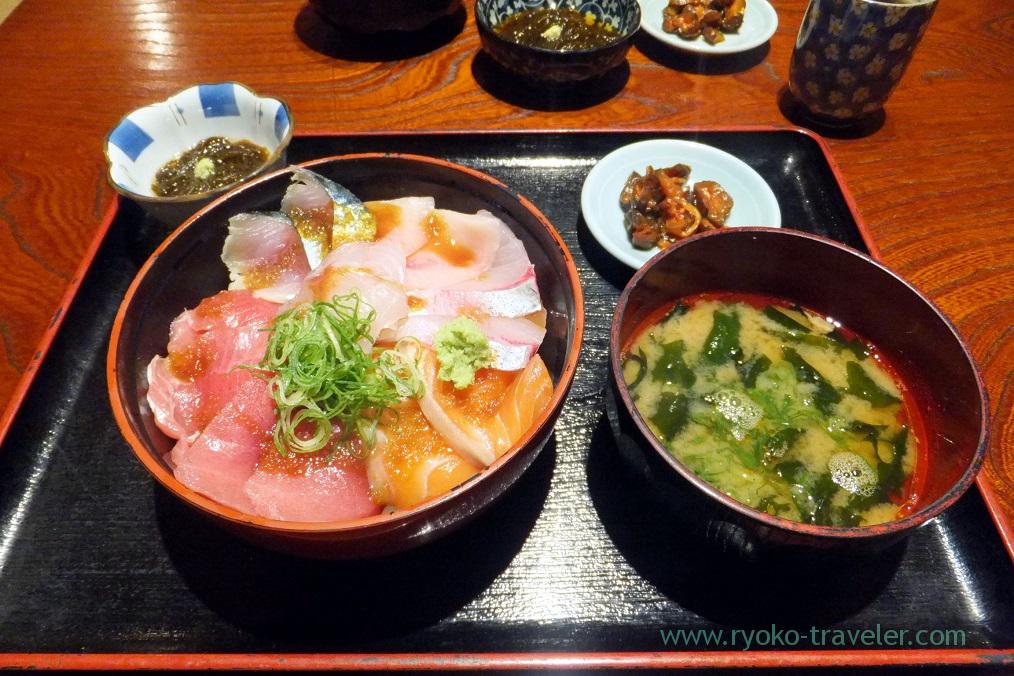 Vinegared mackerel, tuna, salmon, marlin, tuna, greater amberjack and yellow jack. Everythin was cut thickly and delicious 🙂 You can find those were so fresh from this photo 🙂 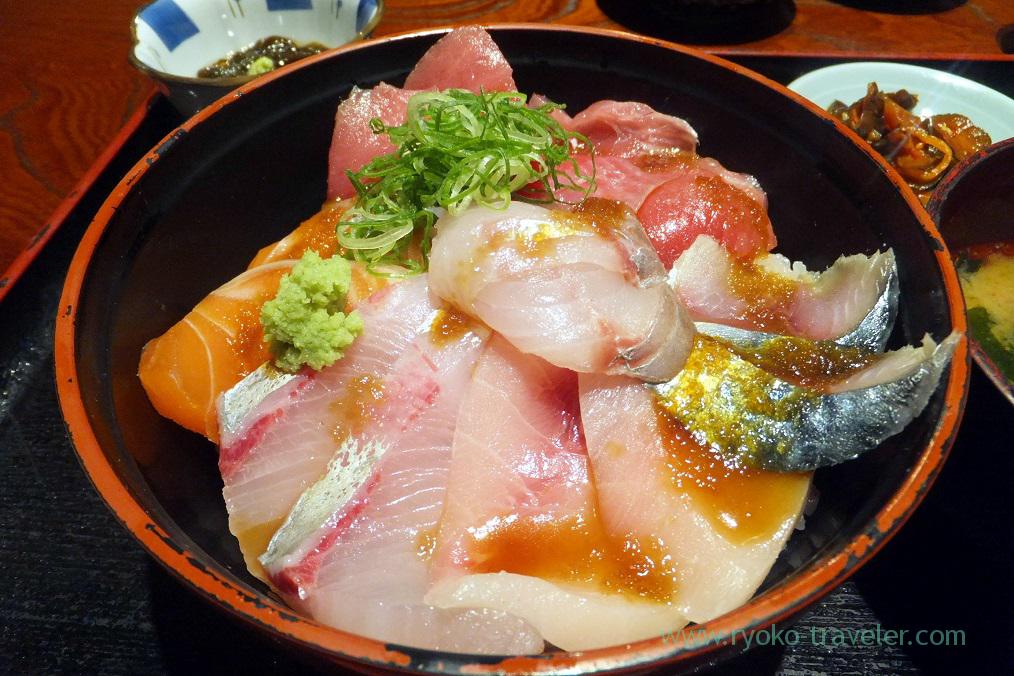 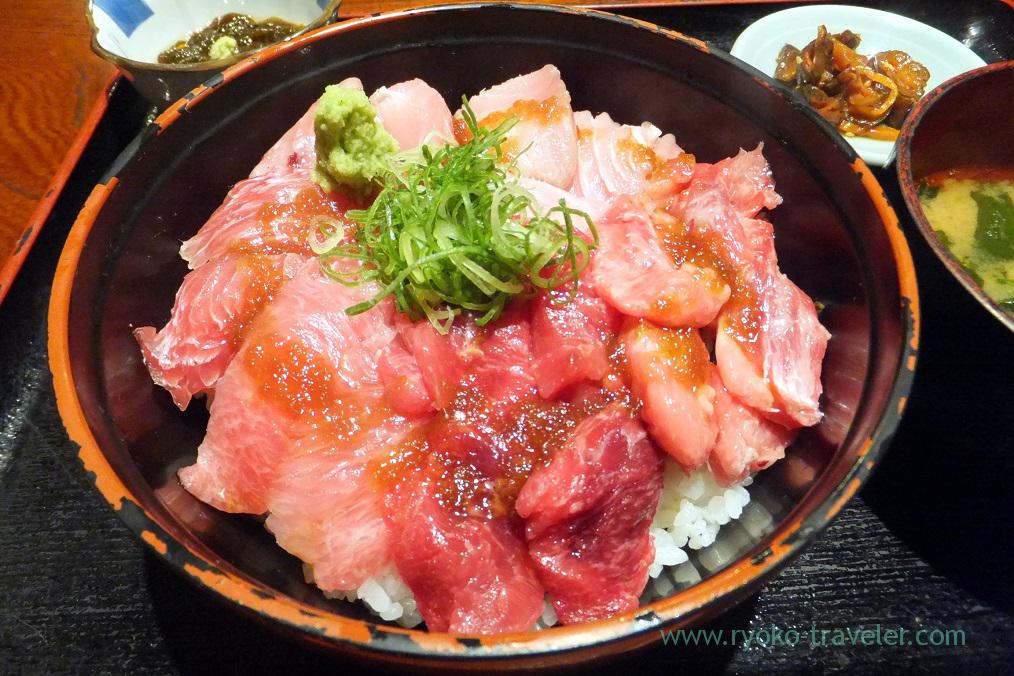 Cherry blossoms are in bloom now ! There's a street that is called "Sakura street" during Spring only at the right towar...

Precious supplier of spice ! We have been so busy since the beginning of this month.Yeah, now is settlement term :( Wh...

Great tonkatsu restaurant named Tonkatsu Okura was moved from all the way from Futako-Tamagawa to Chiba. It's location ...

It's late a bit. Still beautiful. I went to Narashino Bairinen near my house this year, too. It took about 15 minut...

There is a izakaya near Funabashi station that I had wanted to go. The name is "Jane" and the izakaya serves southeast A...
Makuhari : Indian lunch time at Dewan (デュワン)
Hokuriku & Tokai 2016 (6/29) : Sabo Soshin in Higashi Chaya district (茶房 素心)