Best location for me after dental treatment

There is an izakaya that is named Maguro-ichi underground of the building that my dentist is in.

I wrote about the izakaya before, too. I have taken a fancy to the izakaya.
Maguro-ichi (8, November, 2012)

Funabashi : Maguro-ichi, seafood izakaya (まぐろ市)
Notice : They aren't open during lunchtime now. (Oct 21st, 2017) Finally, I went to Maguro-ichi at lunch. I had been to the front of the izakaya twice, but it hadn't opened :( So, fi...
www.ryoko-traveler.com

So, I went down to the izakaya to eat fresh raw tuna again, after dental treatment.

Truthfully speaking, the izakaya serves far better fish than eateries in Funabashi fish market 😛
I didn’t think not eating at there that time, but I couldn’t help entering into the shop because I saw the word “Pickled tuna”.

Marinated tuna with sauce bowl set (まぐろの漬け丼セット) 900 yen
I put too much wakame seaweed in miso soup. Wakame is said to be good for scalp, so I couldn’t help take much wakame 😛 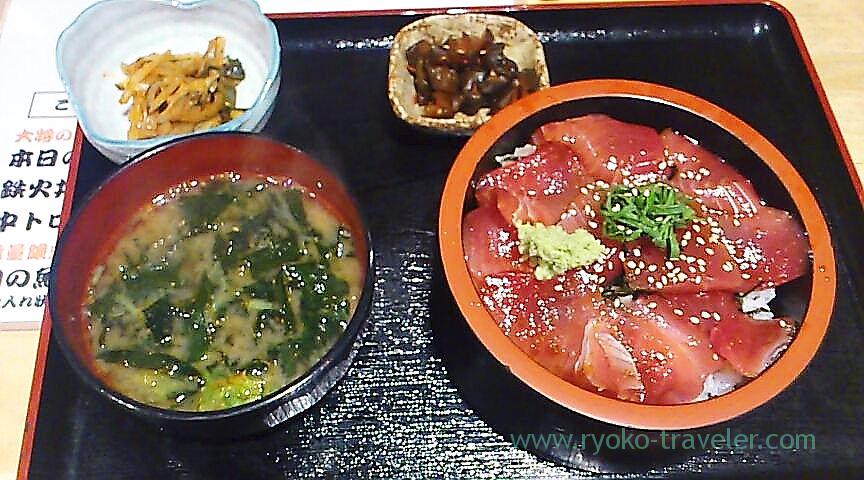 There were many slices of pickled fresh tuna on the lightly vinegared rice.
As you see, it was very fresh. 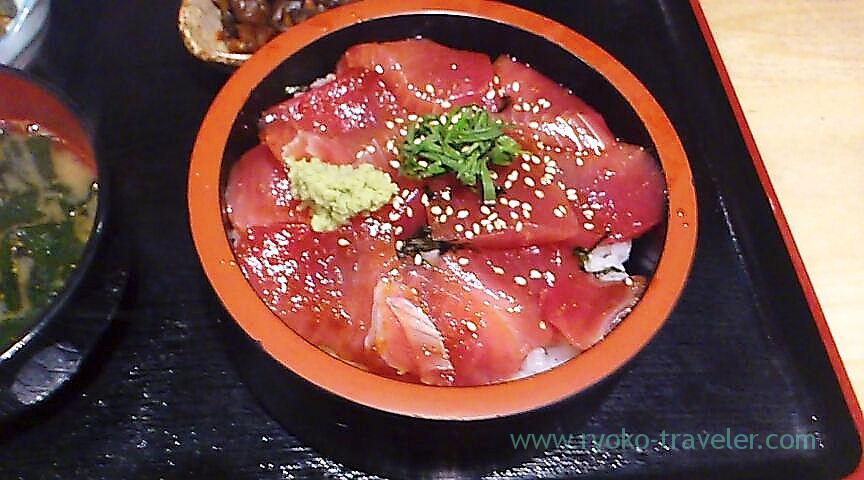 Skin of tuna with kimchi.
Plenty of collagen. I ate it last time, too. 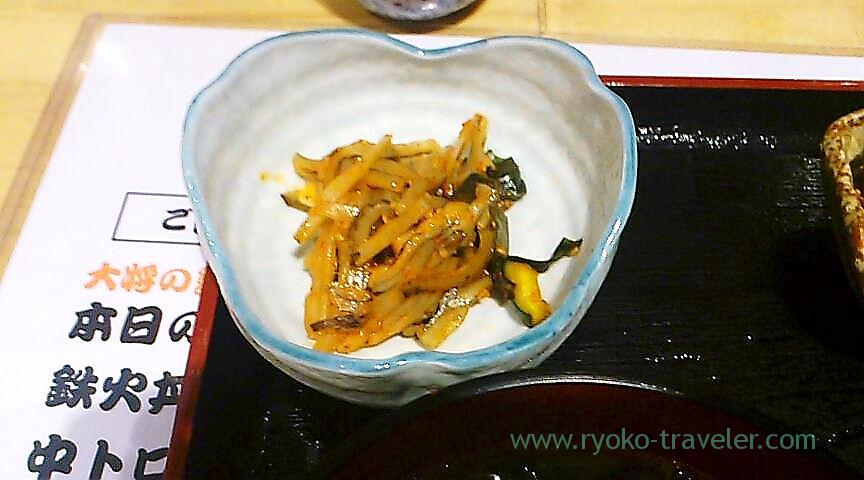 I like it very much ! I want to eat it again soon.