I got up early on second morning of my trip and went through the still quiet station. 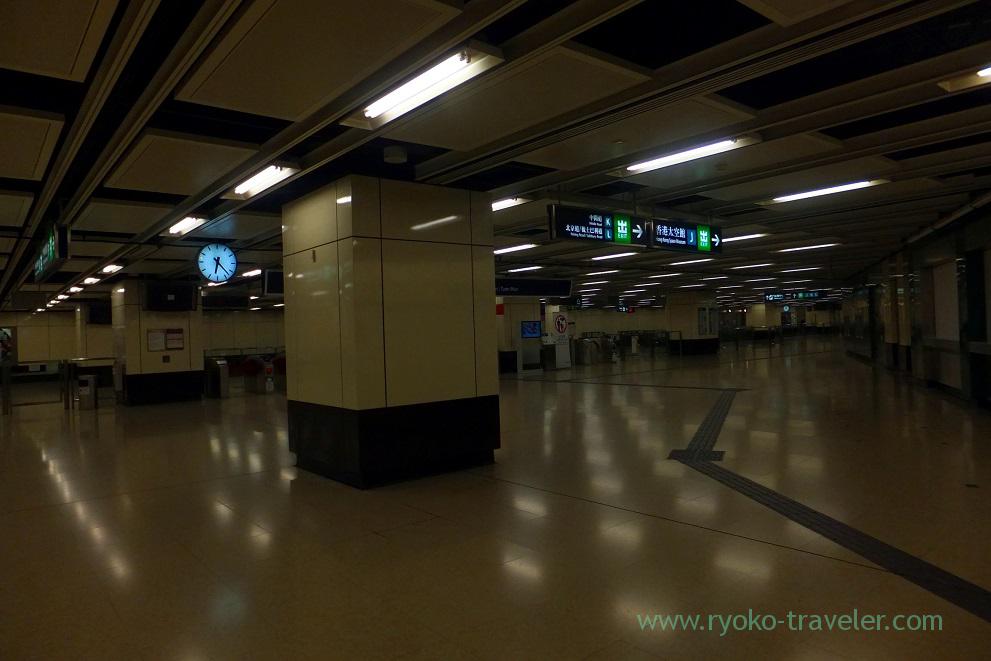 My destination was Sheung Wan !

For having breakfast.
Speaking of breakfast in Hong Kong, of course, everyone know yum cha ! This was first visit to Hong Kong for me, so, there was no choice but experience local yum cha ! 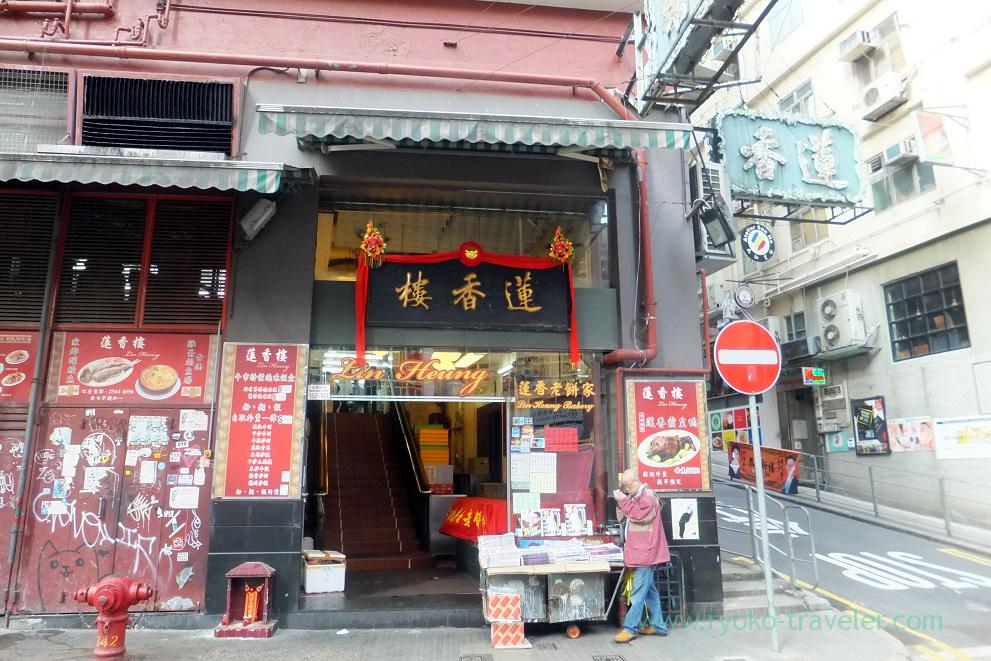 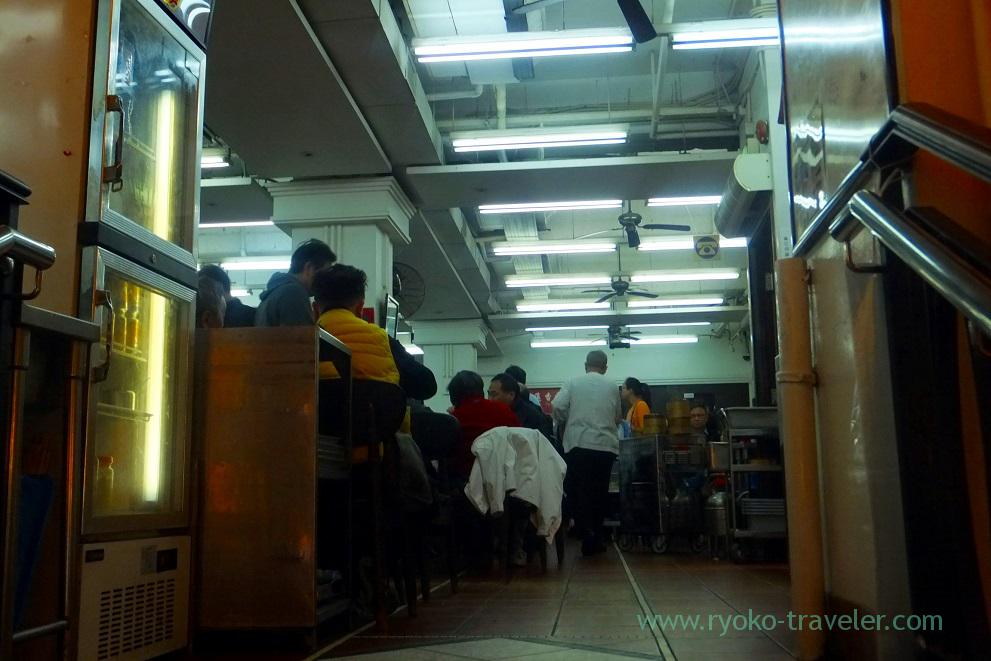 Lin heung Tea House is open from 6:30 a.m. and I got to there around 7:30 a.m. I got to there earlier because I was anxious that I cannot so much as take the seat.
This restaurant is too popular among tourists and loal people and I heard that we have to play musical chairs during busy hours. And also nothing will be got by just waiting at the seats. We have to go to wagons to get our foods.

I thought I can’t win such a struggle for existence :p

When I got to there around 7:30 a.m., there were still many vacant seats. But half of seats were already occupied.

I know this is one of the oldedst yum cha restaurant in Hong Kong.

The theme of my trip to Hong Kong that time was to experience old Hong Kong. So, I wanted to have yum cha at such a long-established restaurant.
This restaurant was suitable for my theme as expected.

Though I entered the restaurant, no one took to the seat, so I went to the large round-shaped table at the back of the restaurant and made the gesture to the closest man. “Can I be seated here ?” “One ?” “Yes” “OK” (^o^) 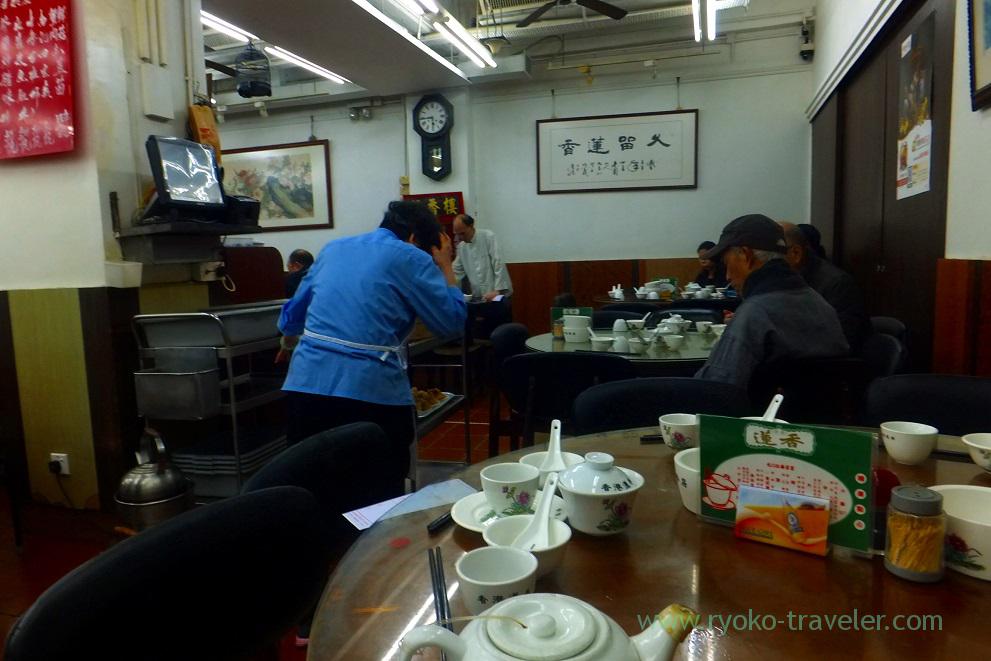 The man poured hot water into the bowl and made the gesture again “Wash your dishes”. So, I tried washing my dishes. 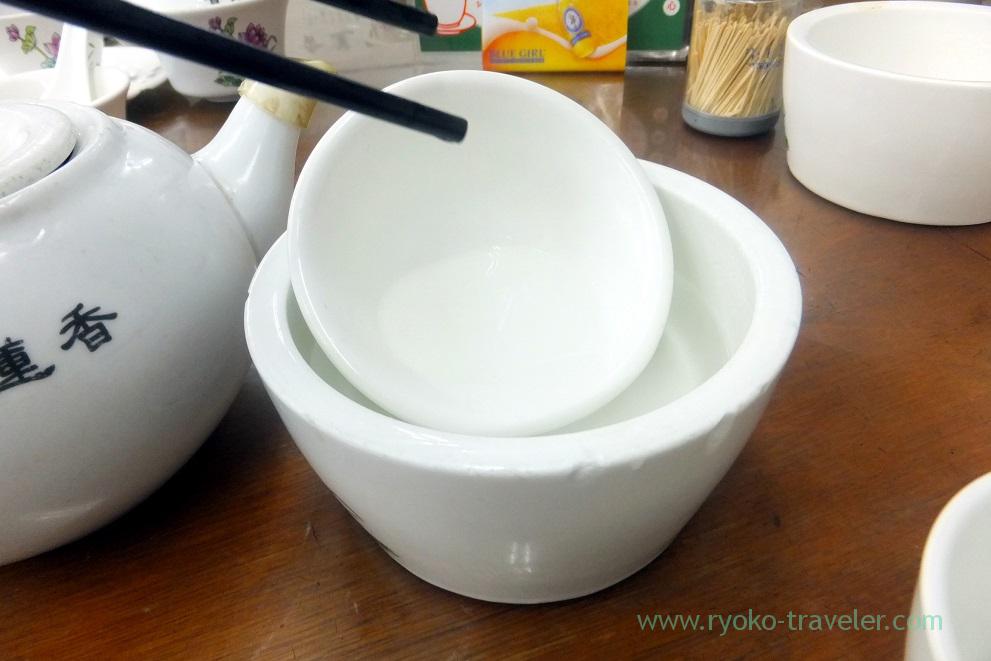 Just after finishing to wash my dishes, older lady came straight to me with wagon 🙂
She had yummy steamed Chinese shrimp dumpling wrapped in a thin flour on the wagons. (this wagon is another one) 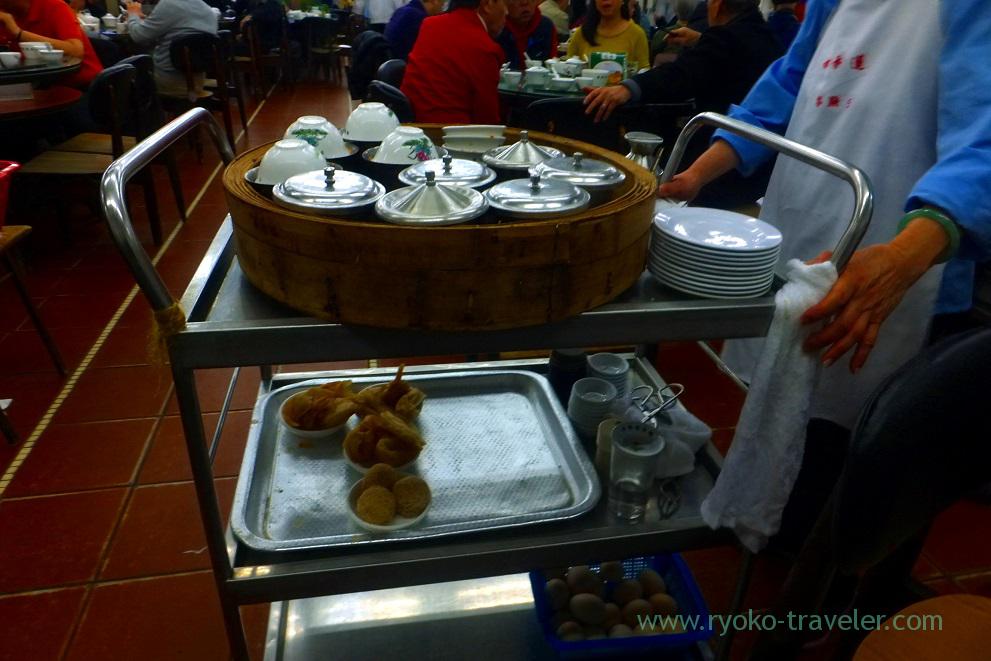 Of course, I had it. My stomach had nothing !
I expressed my will, and she put one on the table and stamped on the sheet. 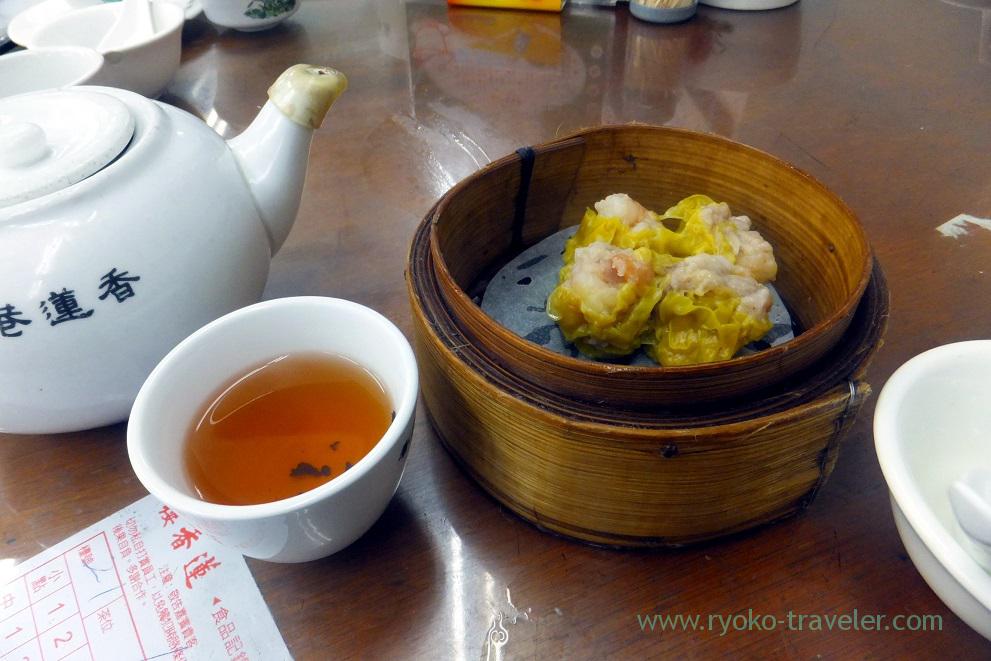 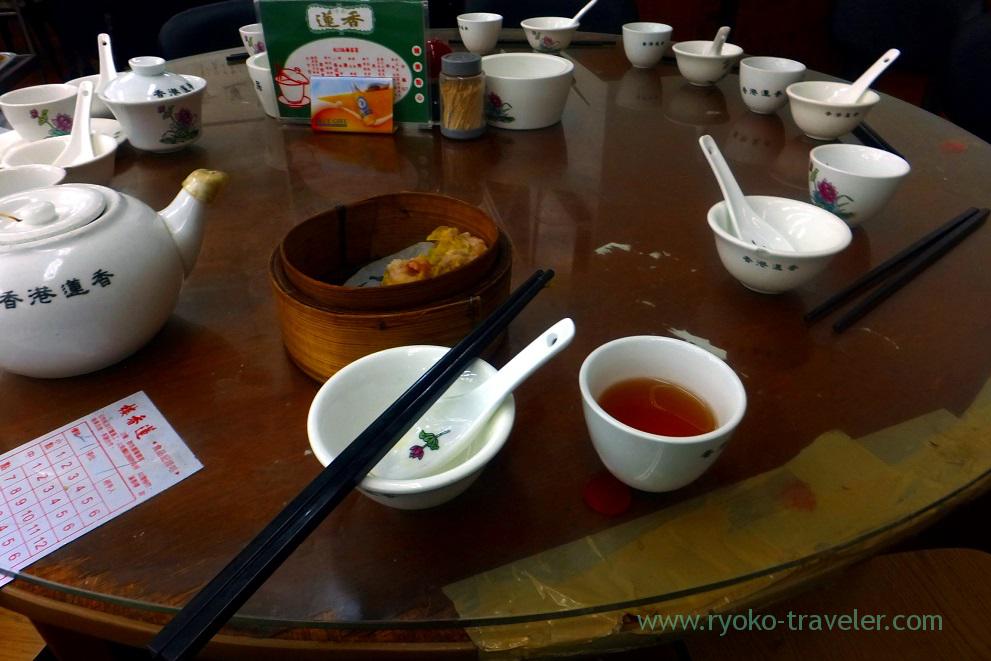 And then I took second dish. It had eggs and was filling … 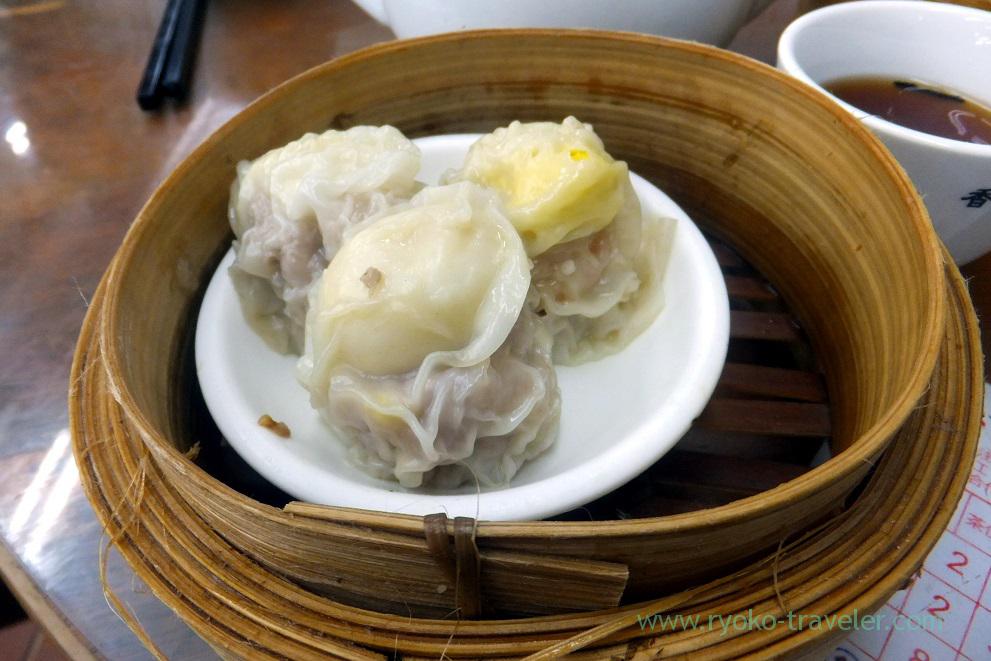 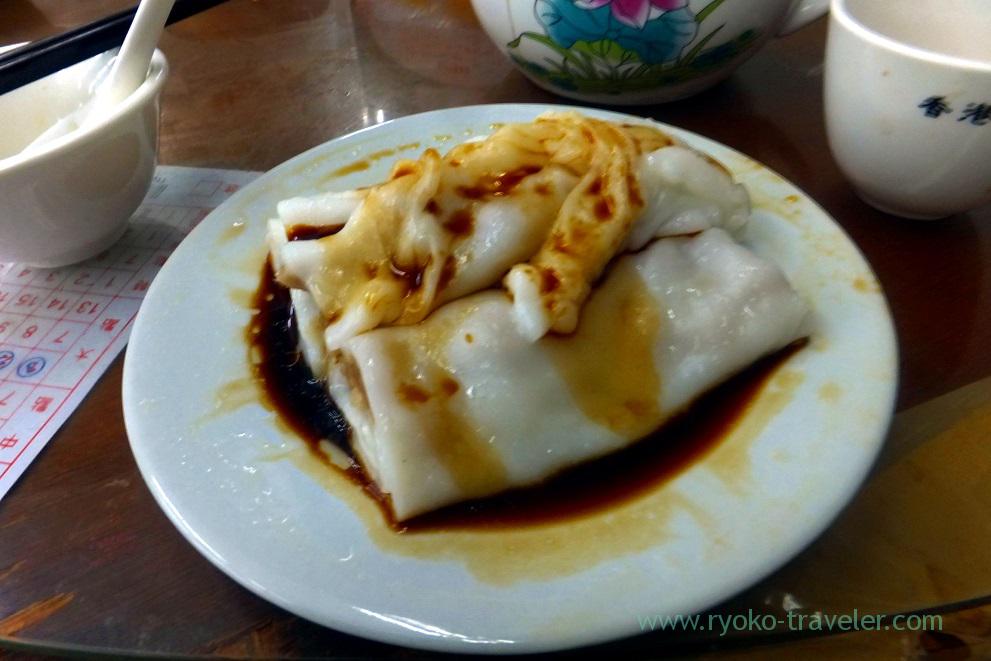 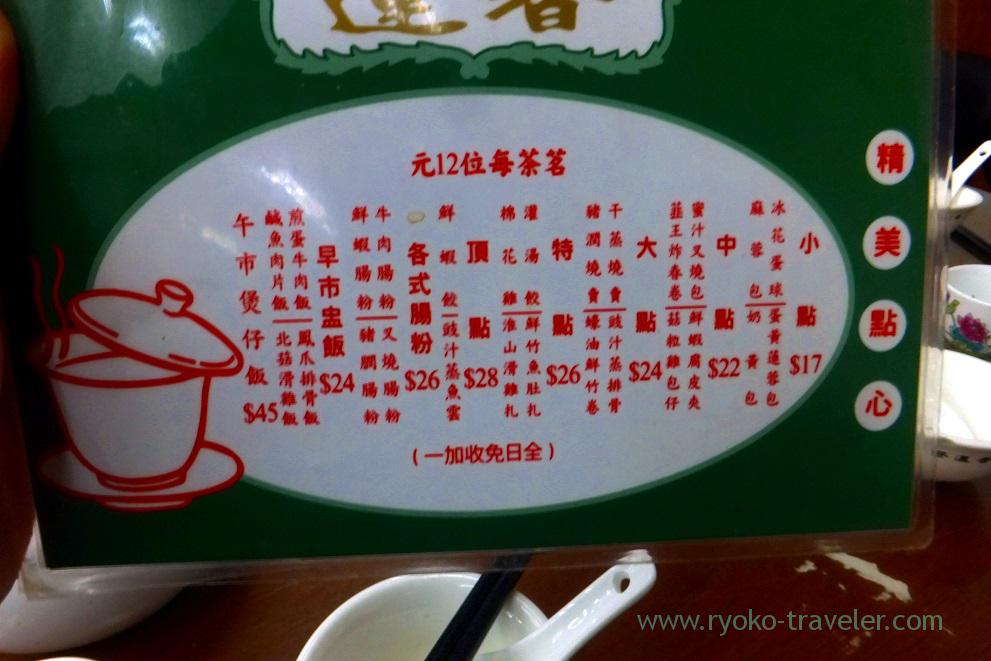 My stomach was bursting and I got out of the restaurant.

Their foods were so-so. But I was really enjoyed traditional breakfast of Hong Kong in such a old Hong Kong atmosphere. 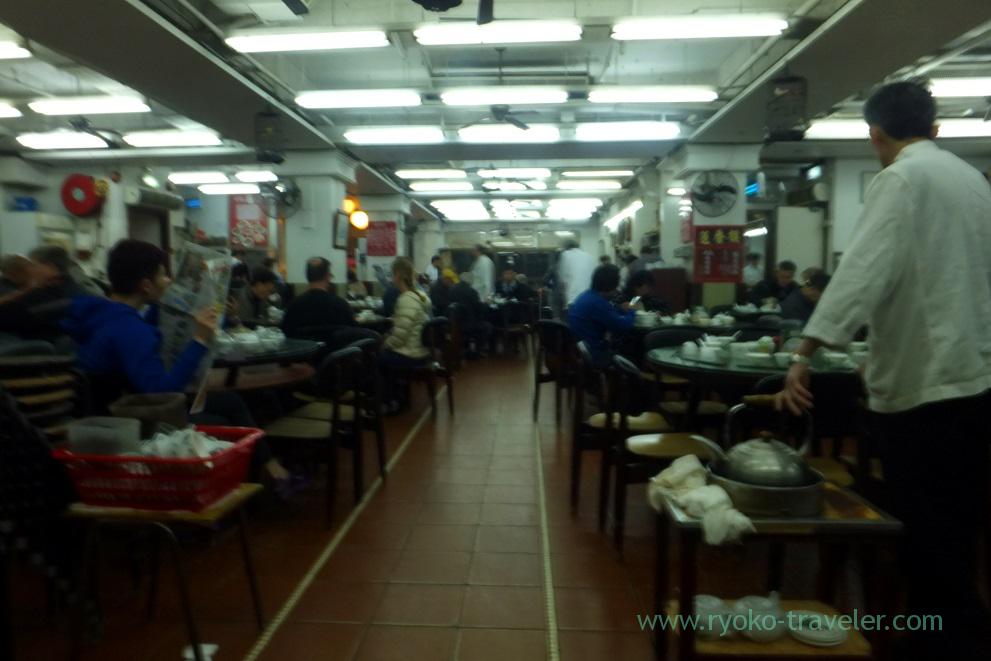 My hotel in Hong Kong was on 16th floor of Mirador mansion (美麗都大厦) close to Chengking mansions along Nathan road. Tr...

I never gave up visiting Hong Kong ! I went to Hong Kong in February. "Welcome" ? You're welcome :) I was glad to fi...

Hong Kong-style morning. I got to Tim Sha Tsui (尖沙咀) past 7 a.m. It was early in the morning and most of shops and rest...

From Jordan to Mong kok on foot. After I got out of the dessert shop, I went back toward Jordan station. Because one sh...

Chewy prawn wonton noodles ! My hotel's check-in time was 12 p.m, so I went into my hotel 12 p.m sharp. I was tired bec...
Kiyosumi-Shirakawa : Italian Dinner, beautiful to the eye at il tram
(Moved) Tsukiji Market : Yonehana’s own made dried young sardines with sansho pepper (築地 米花)