Now it’s easy to get the doughnuts !

By the way, there wasn’t anyone waiting the other day. 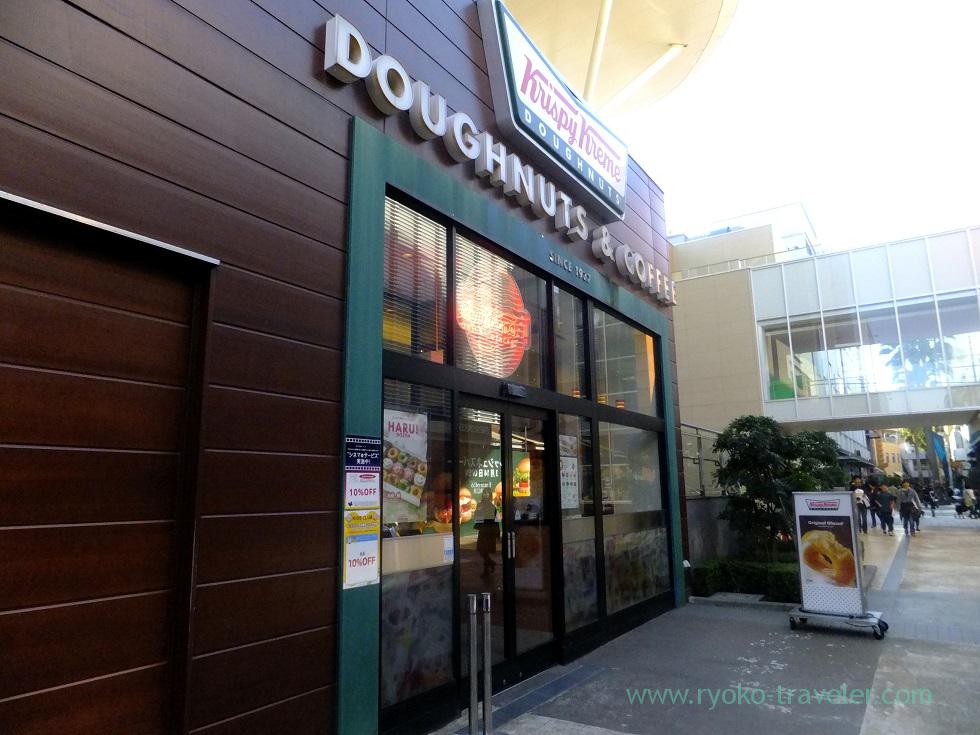 And, only a few people was in the shop. 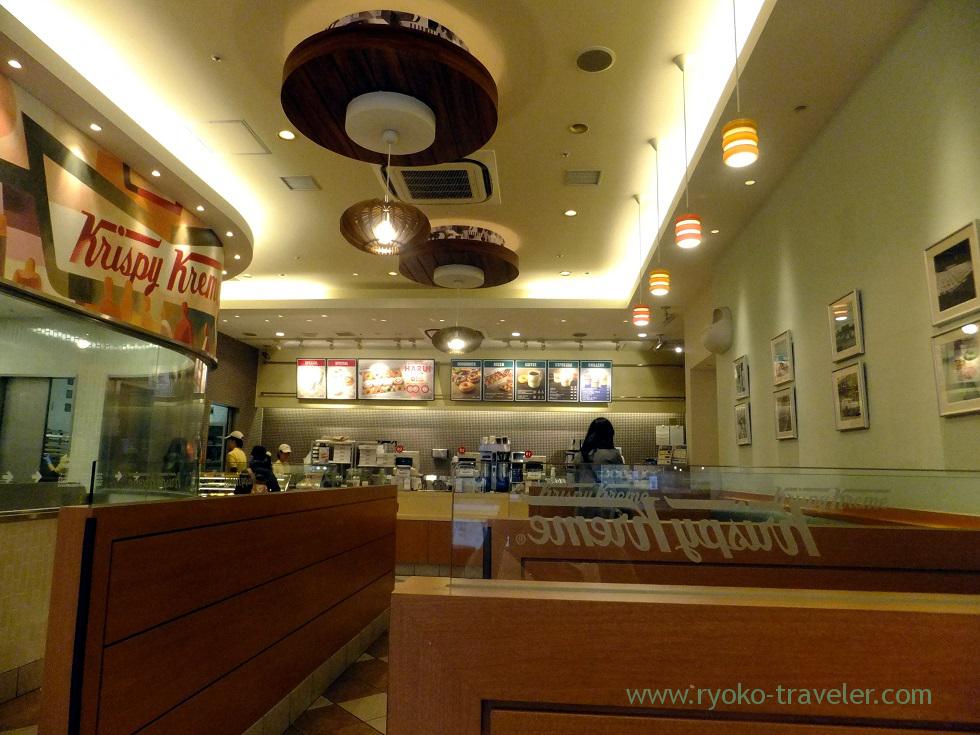 I was amazed when a girl said that she would eat two dozens of doughnuts by herself on TV ever.
I wonder that she relly ate all doughnuts that time …. 😛

I like this shop’s doughnuts in its taste. Especially, the “cookie and vanilla” (クッキー&バニラ, 210 yen) , this side. I ate it last time, too. It was really tasty.
The smell of cookie and chocolate was great. Also the soft texture of the doughnut went the cream very well.

Original Glazed (オリジナル・グレーズド, 160 yen) that is simple doughnut, too. 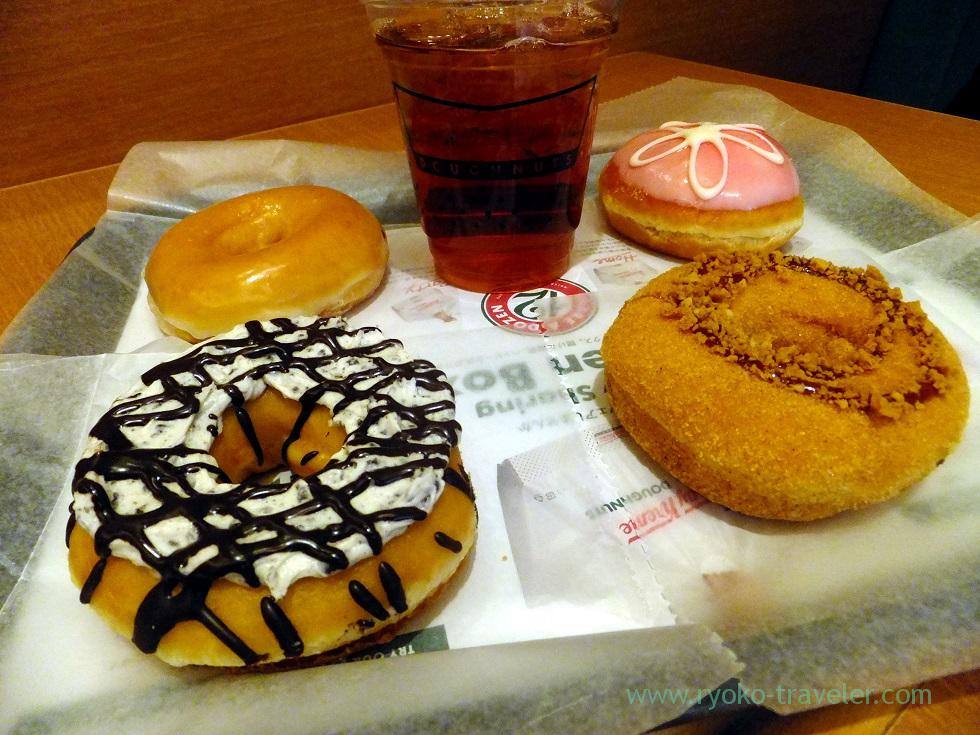 And right side is “molasses and soy bean flour”.It was named “Kuromitsu-Kinako” (黒みつきなこ, 200 yen). It seemed limited Japanese doughnuts, from those ingredients.And it was also limited Spring, too 🙂
It tasted like deep fried bread that I had eaten as school lunch at elementary school ever 🙂
And the doughnut pink-colored creme on it was “Cherry blossoms cream” (さくらクリーム, 220 yen) that is also limited Spring. It was cute, but I didn’t like it because it was too sweet and sour.

Another doughnuts looks like delicious, too ! Ah, I saw the homepage now. Kuromitsu-kinako and Cherry blossoms cream was already out of the menus. Instead of those doughnuts, new limited doughnuts has started !

A, when we got out of the shops at 3 p.m., some groups came in the shop one after another and the shop had good business.

Fraisier in a Halloween limited container I went to pastry shop "Le Patissier Yokoyama" near my house. I found Frais...

Sushi restaurant without seats My PC couldn't connect to a network in a few days. Strictly speaking, my PC couldn't ...

Though I don't feel good, I couldn't help joining "Challenge the triple" I can't upload an article because I'm not in g...

One of the good ramen shop in Chiba Ramen is my delight,and soy sauce soup ramen is best for me among them. I heard R...
Tsukiji Market : Ebi-don at Odayasu (小田保)
Ginza Shimada (銀座しまだ) in Ginza