I was invited to the New Year’s party at Tsukiji last friday.
I went to Tsukiji with a light heart.

At Kashigashira,outside Tsukiji Market. I have been to there several times
for lunch at working on Sunday or While going to Ginza. 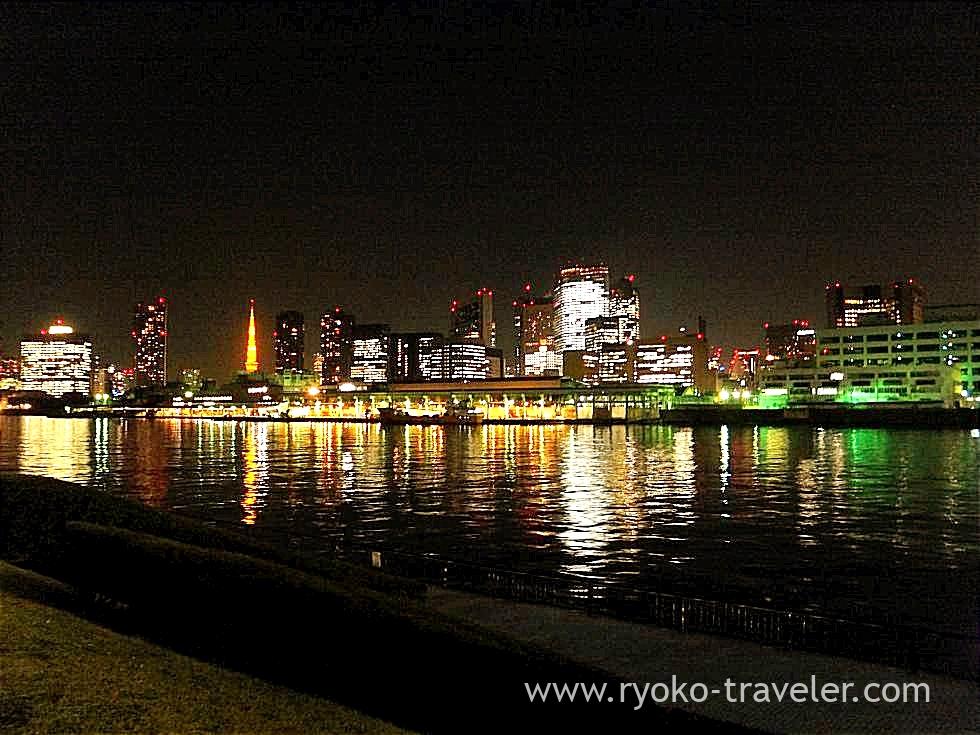 I have wanted to see the night view of here.
I passed here on bus sometimes, but this was first time to stop and see the view.

It was so good that I could forget that it was very cold night.

Reaching the restaurant, seven or eight persons already were there. (I dont remember with clarity because I have too Japanese sake.

Of course, me too. (but not seriously)

(I forgot what kinds of shellfish…)

Assorted sashimi (刺身盛り合わせ)
Everyone turned around the dishe before they took the picture. (I didn’t so.) 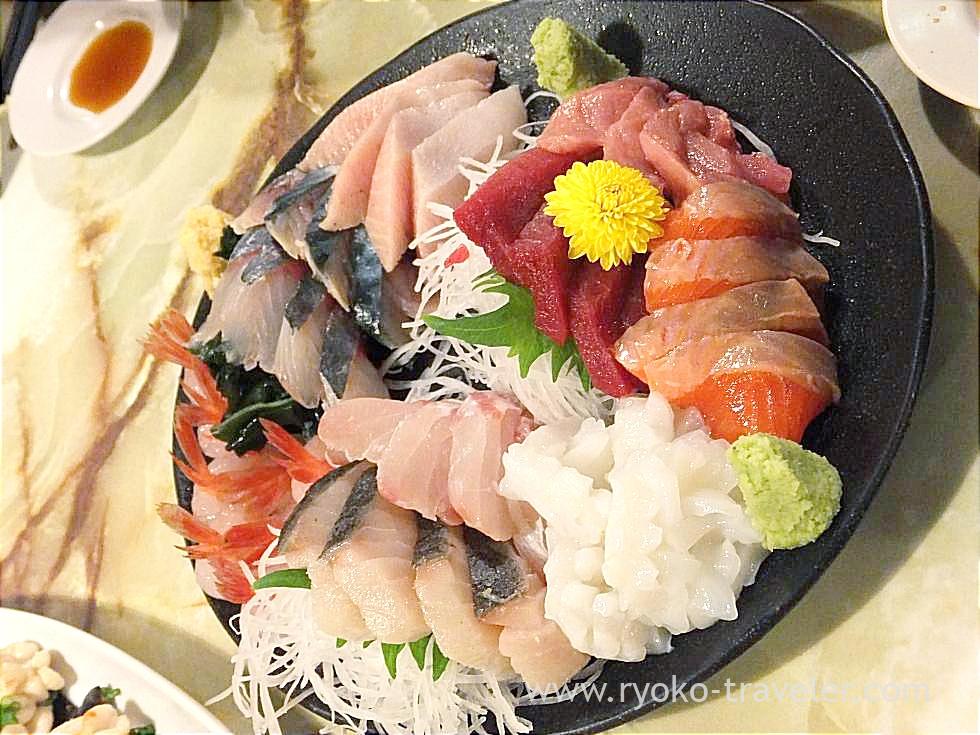 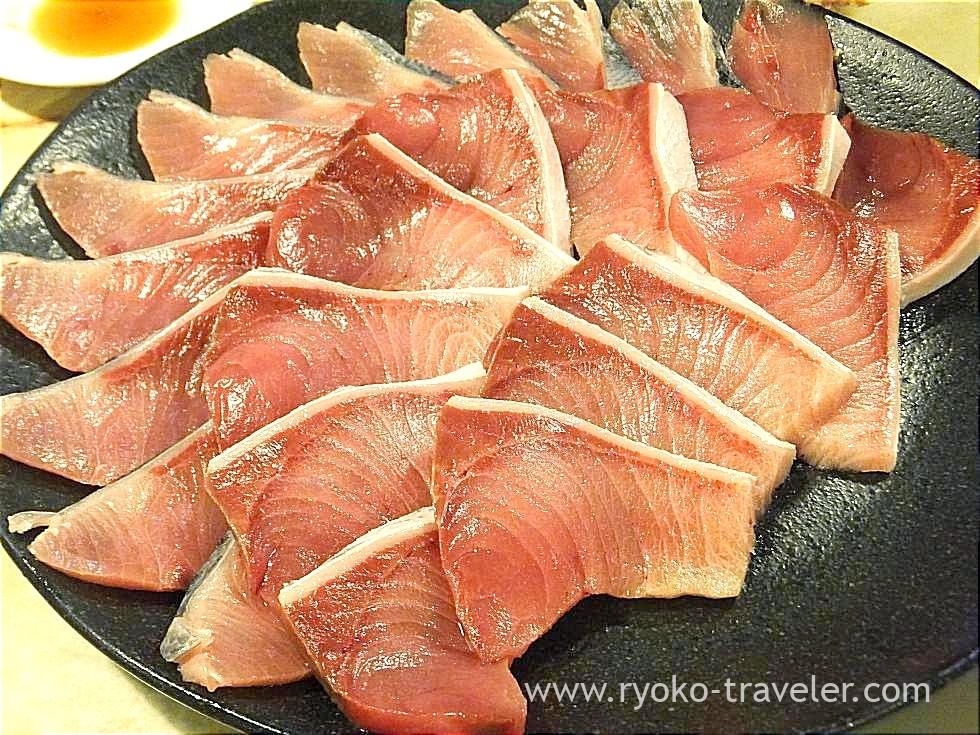 I wonder if it is OK that we make such a fresh raw pacific bluefintuna sukiyaki. Surely we could eat it as sashimi.

We have grilled :O
First of all, we ate simply grilled with beaten eggs. 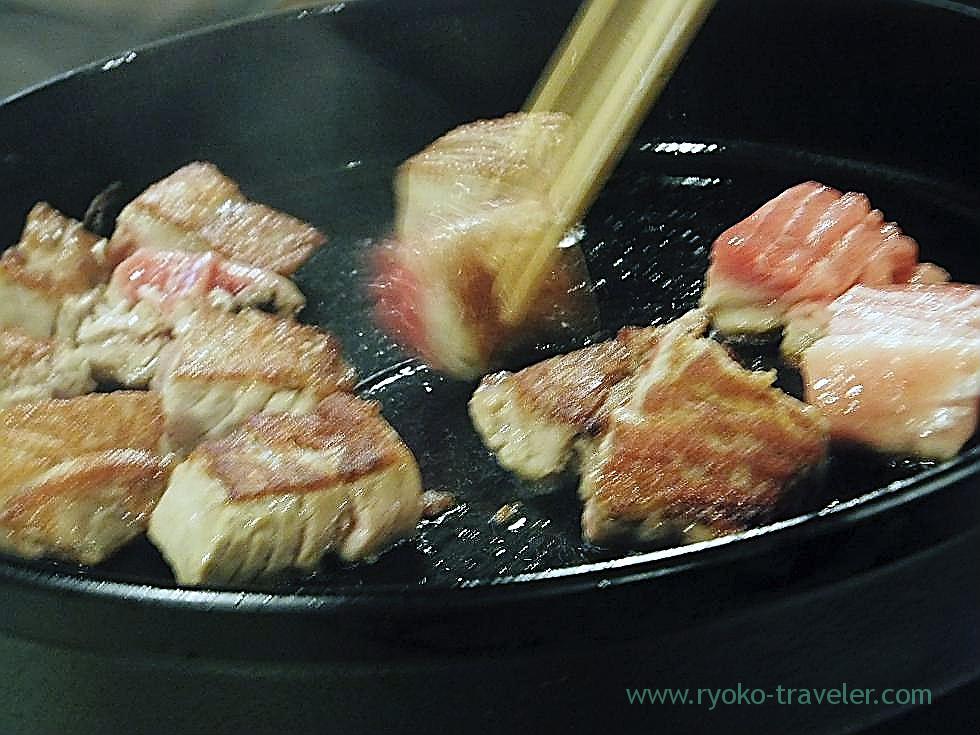 Next, grill with green onion and soy-sauce.

There are too many pacific bluefin tuna. Too luxurious.

After, vegetables were throwed into the pot, and ojiya(porridge) was ready.(But
I was full,so I couldn’t eat more.)

And, this is armored weasel-fish.(we didn’t eat.)

That’s all. These are my pictures that I took not seriously 😛
I didn’t take the pictures, but I ate whitebait and firefly squid.

I didn’t know whitebait is different from icegoby. I thought it’s same fish
(another name). I’ll inquire for it later.

I had very good time.

I have another New Year’s party on business this week that I won’t enjoy it :(.

Stand-up-eating Nemuro Hanamaru (根室花まる) is on the B2F of Tokyu Plaza Ginza and they offer valuable sushi that have fresh seafood directly from Hokkaido.

Do you try to be sucked into Yonehana, too ? Though I planned to have breakfast at Yajima, but I found nakaochi (left o...

Relax space in Tsukiji. Also at Tsukiji, prices increased because of consumption taxes increase from this April. Four...