Nice to meet you, Taiwan 🙂

Though it was about last year, I went to Taiwan. This was my first trip to Taiwan.
I heard Kaohsiung is second largest city in Taiwan and lots of fresh seafood can be eaten because it is a port town.

I went toward Narita international airport Terminal 3 as usual. 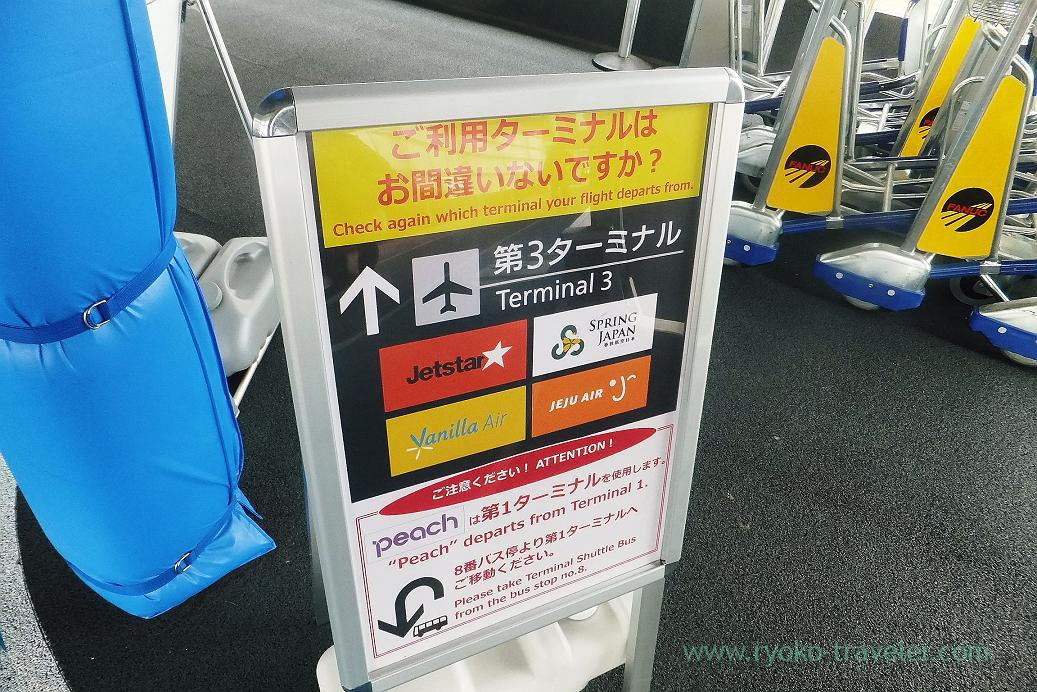 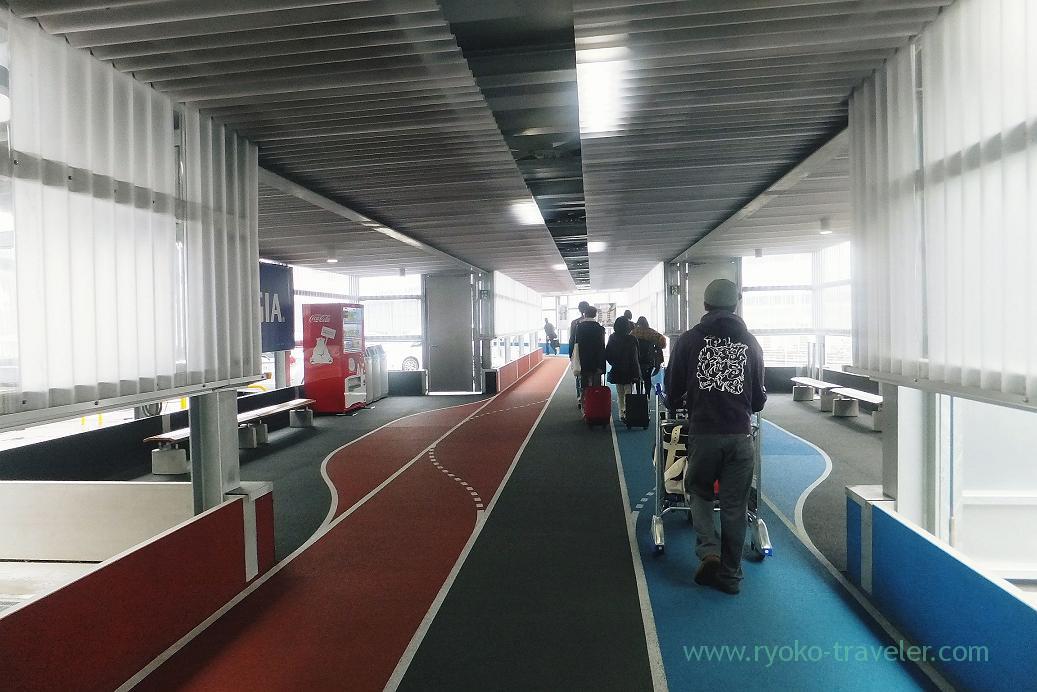 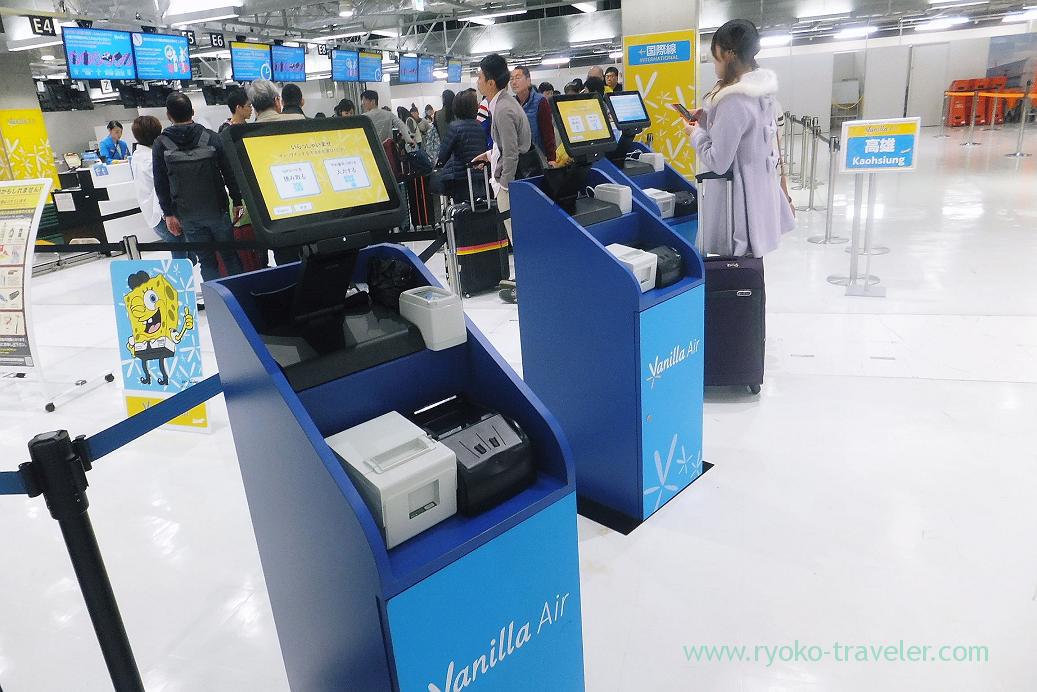 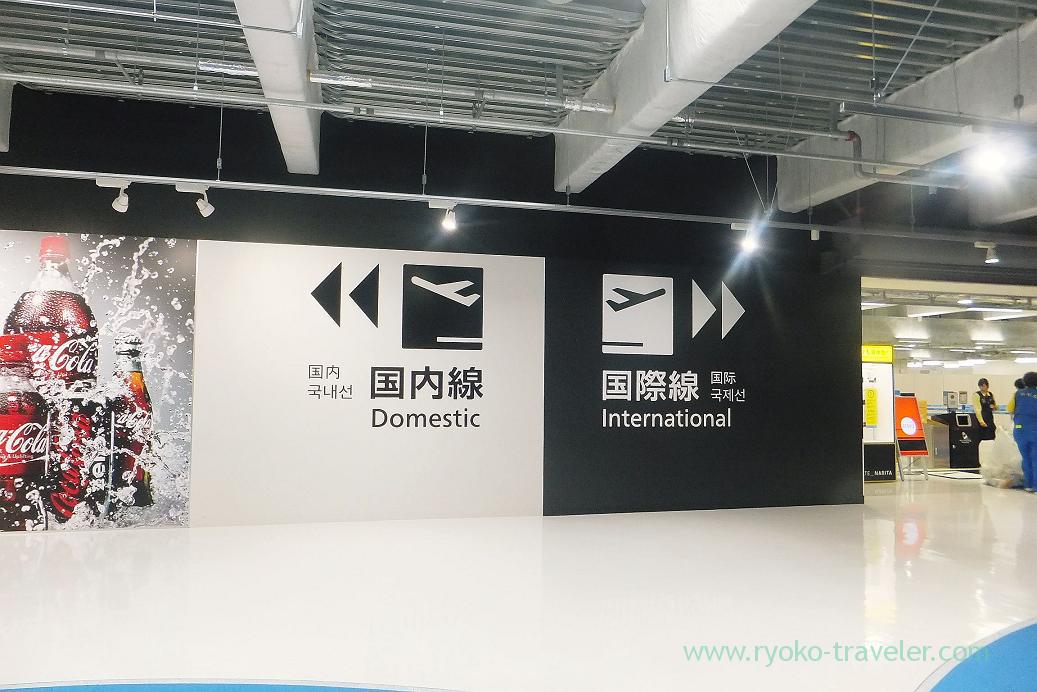 I forgot that LCC standard ticket accept only one baggage that have 7kg weight included the price 🙁
More large and heavier baggage is needed additional charge. And it have to be into the cabin.

I left army knife in my suitcase !

The staff stopped me as a matter of course.
So my knife stayed in locker in Narita airport for three days.

International floor ! Duty free ! Though it is simple and cheap terminal for LCC, some duty shops are there. 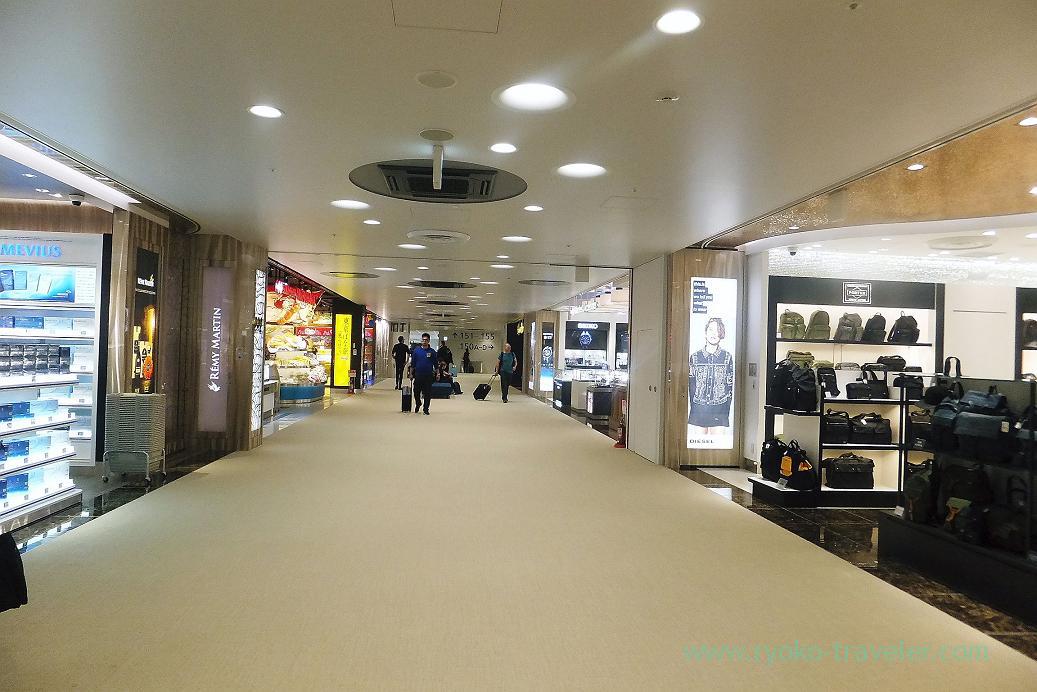 So it took much time to get to the gate though I left home earlier. When I got to the gate, the gate was already open.

I pulled myself together and get on the flight ! 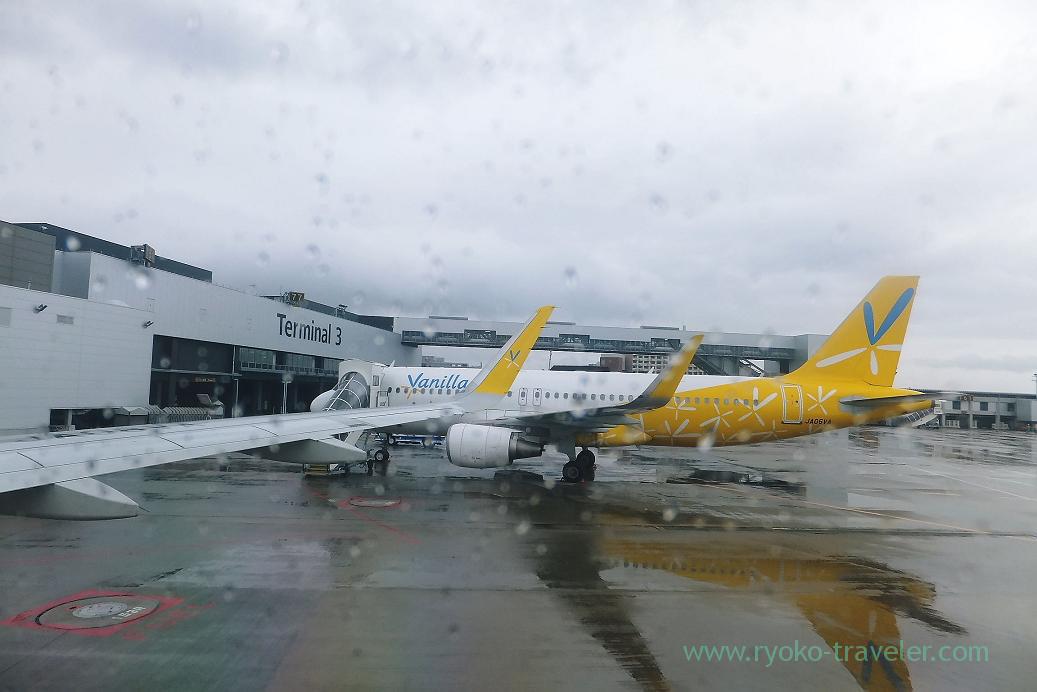 There’s only one good thing for me to be seated. I can take the photo of outside the plane. 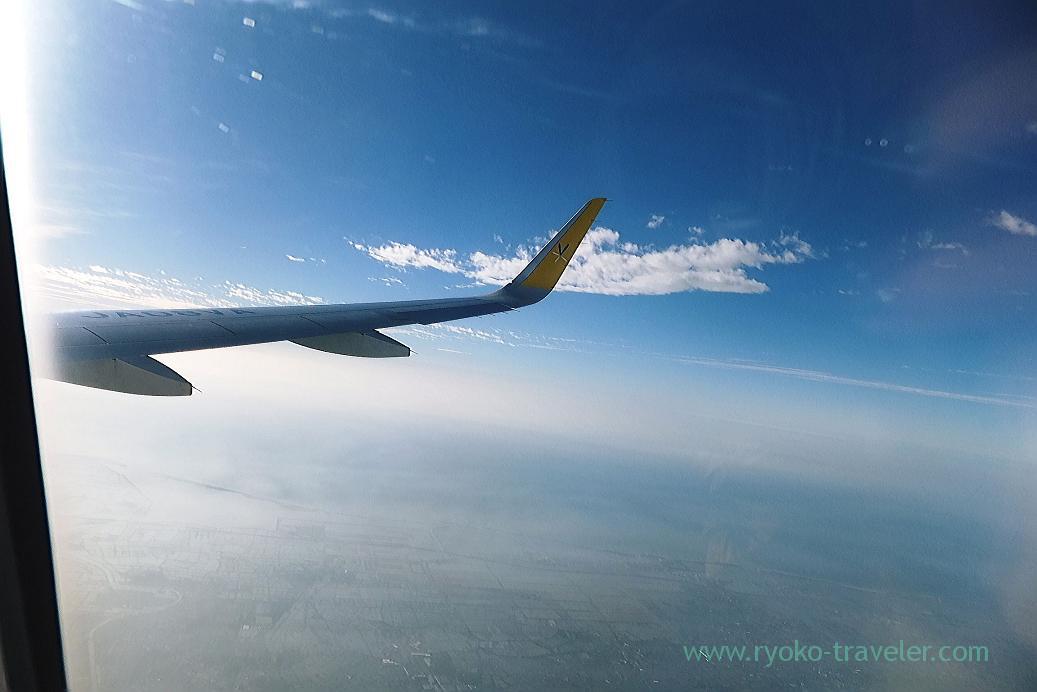 Four-hour flight took us to Kaosiung International Airport from Narita. 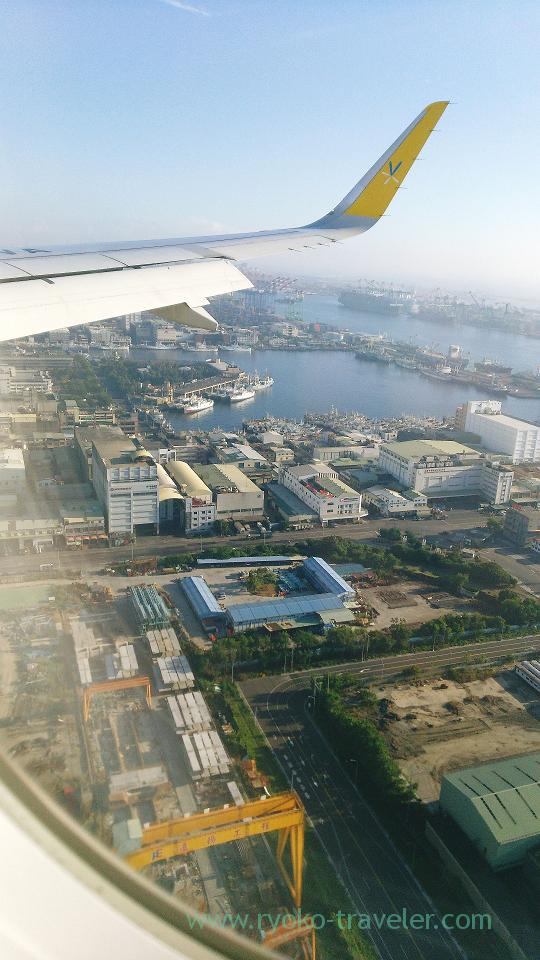 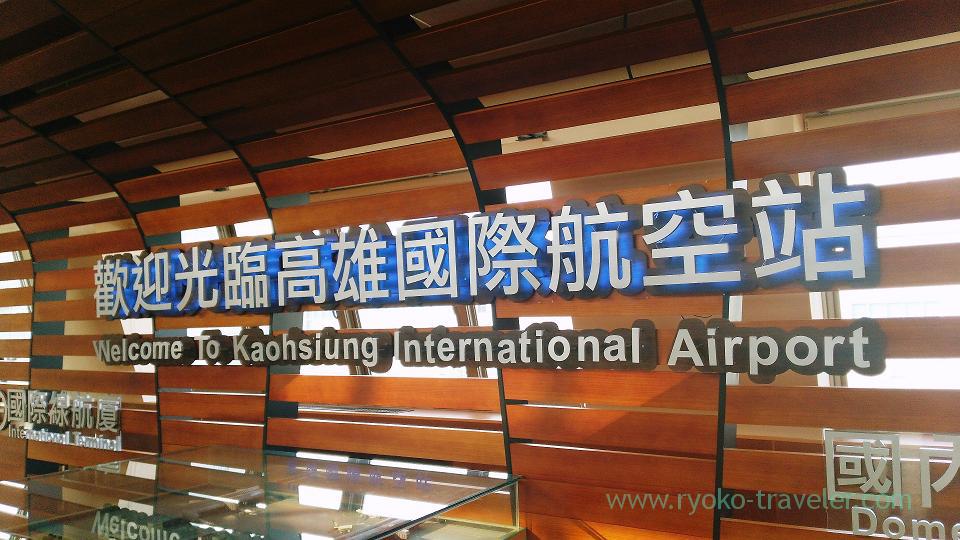 Token vending machine.
Token is like coin. I saw the way of taking the subway plane again and again on Youtube :p So, I could use subway smoothly. 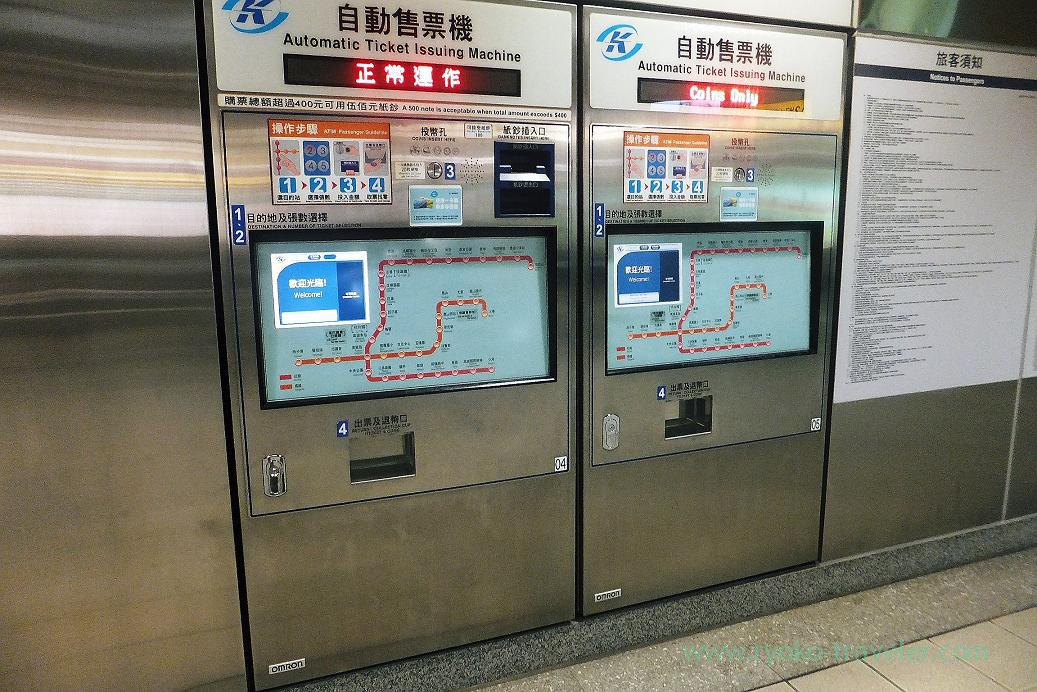 The most famous station in Taiwan because of such a beautiful ceilings 🙂 Ah, beautiful as I saw on some websites ! 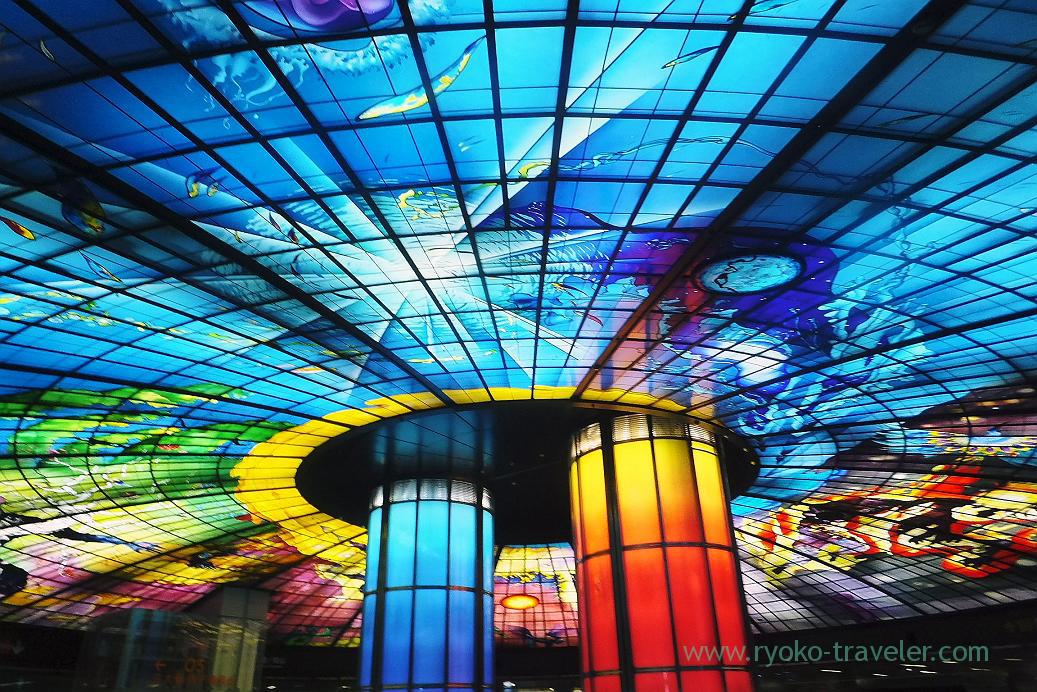 It is said to be second beautiful subway station in the world. 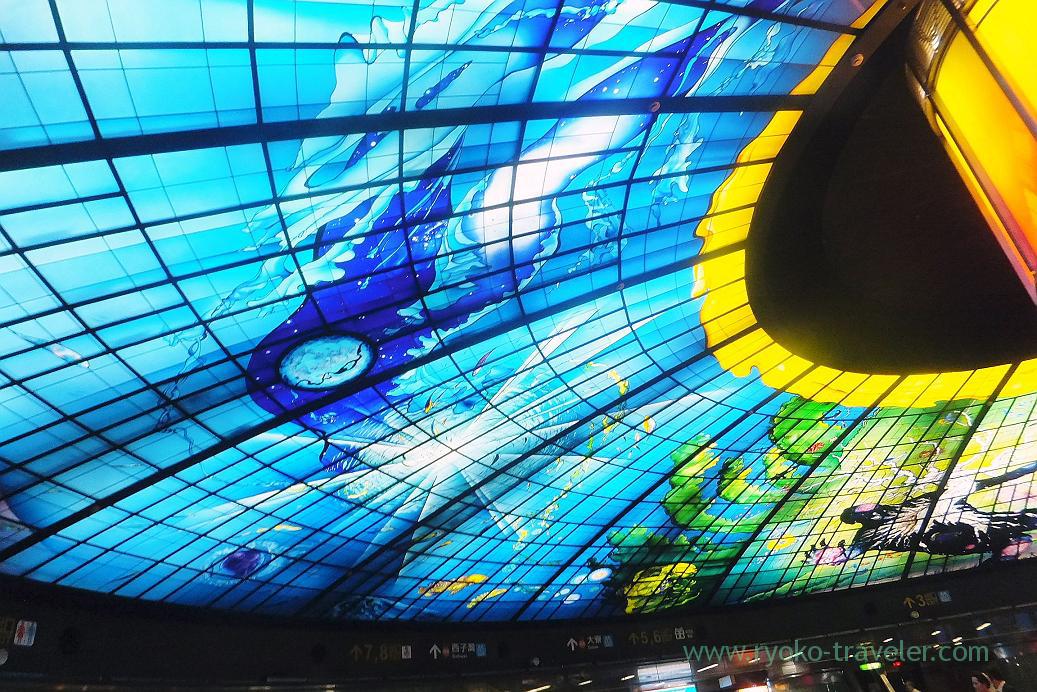 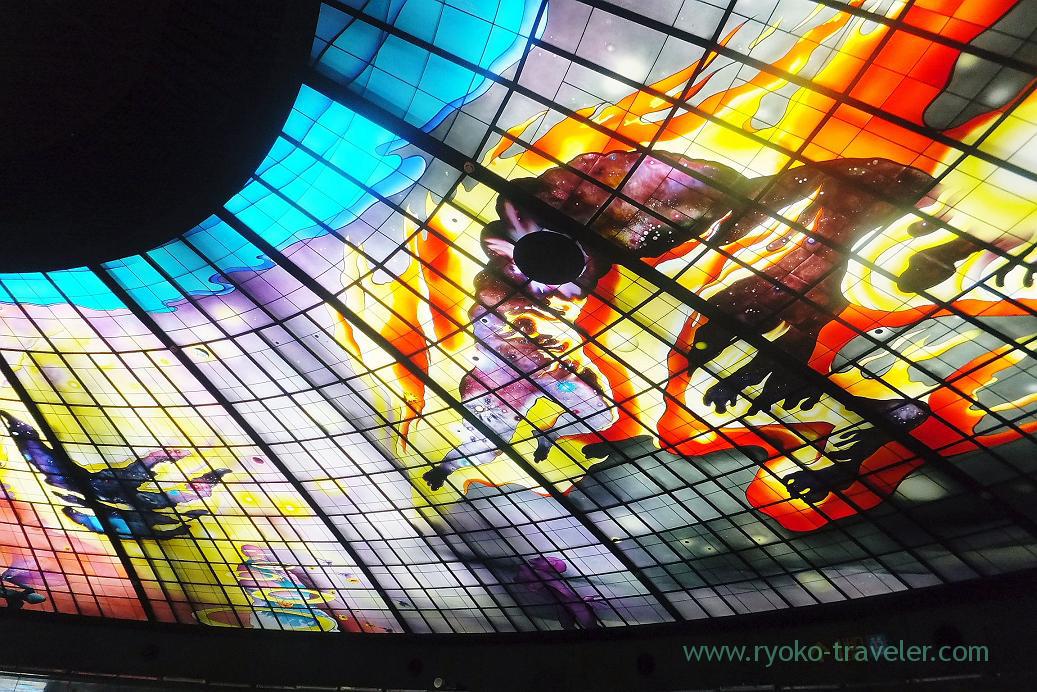 Comfortable square. After I had lunch, I went to National Chiang Kai-shek Memorial Hall. The square is vast...

Well, I managed to the ferry terminal, but I didn't get on the ferry and turned back the way I had come. Because...

New bus terminal in front of east gate of Taipei station. I visited Taipei from November 12 to 14. I knew that the p...

Taiwanese breakfast is one of my reason to be there. I had breakfast at soy milk shop close to MRT Zhongshan station (中...

I posted about Gong Zheng Bao Zi (公正包子) in Hualien before. Today, I post about 周家小籠包蒸餃 next to 公正包子. 公正包子 had a long ...